goodbye to our beloved Sea Monkeys

We’ve had this revolting little plastic container on our kitchen counter since Christmas. I’ve written before what suckers our kids are for pets. They beg and beg. They write poems. They have dreams. They think pets are the most glorious things a kid could possess. 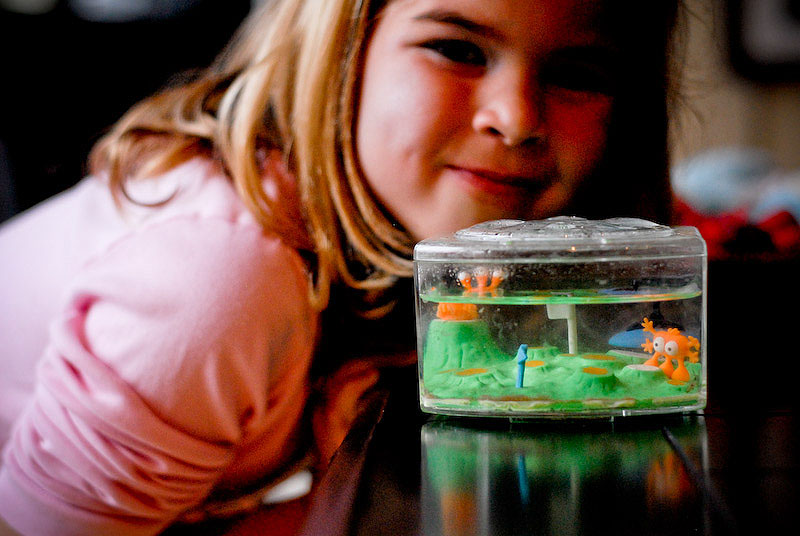 So we bought a hamster. And although she was tragically taken from us after 24 short hours of bliss (click here for details), she was replaced by her “sister” and boy oh boy that thing has been a great pet. But the ultimate pet as far as kids are concerned, as we parents all know, is a dog. And someday we may have one (after Lucy is ten. Ok, maybe nine). But until then, little pets like hamsters will have to do. At Christmas time Grace hit the jackpot at the cousin white elephant gift exchange. She was the proud recipient of a brand spanking new “Sea Monkeys” kit. She was incredibly delighted, and that joy hasn’t faded a bit. In fact it’s been intensified as she has watched these little algae creatures grow and grow. They’re like microscopic millipedes. Seriously. Gross. But she LOVED them. There were even “twins” in the mix…two of them were mysteriously stuck together.

So you can imagine her grief when, amidst the normal afternoon ruckus (Max stomping around because he has to practice before he can play with his friends waiting at the front door, Grace’s new shy friend tearing up because another friend had come over before her who she didn’t know which made her nervous, me trying to tactfully send the neighbor friend home without hurting her feelings, etc. etc.), Claire and her friend got dropped off at our house, went promptly to the kitchen to examine the sea monkeys, and accidentally pulled them off the counter. Water and sea monkeys sloshed all over the floor (yes, the barely mopped floor). Anyone who knows Grace probably knows her wail…the one that can fill up the house in one breath…the one that if you didn’t’ know better you would think her arm may have just been severed from her body. Yep, that’s the one that pierced our ears. All we could do was pinch up as many of the little guys as we could and put them back (to the tune of Gracie’s friend sniffling and Max’s pounding on the piano). The next day, sadly enough, the remaining sea monkeys had perished. No eulogies this time though. I guess the giant wail was enough mourning for Grace. Surprisingly she was ok to blow them a kiss as their remains were flushed down the toilet. 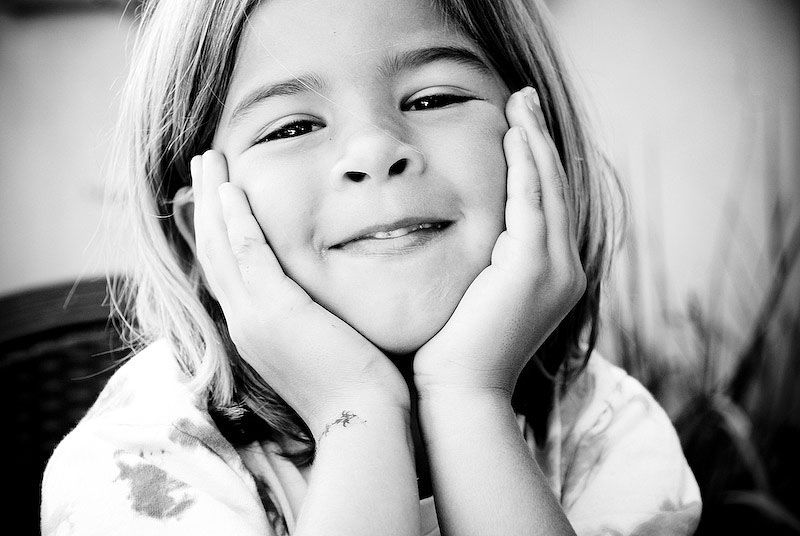 I blew them a kiss too, because hey, no more crazy algae swimming around in a fogged up container on my kitchen counter!

a birthday, a move, and growing roots

iced over in Texas (Missionary Monday)

mission prep and the end of home MTC

an end and a beginning…again

a farewell and a delay

Home MTC and a reassignment

Glad you stopped by my blog. It was fun to catch up on yours as well.

I relate to so many things you’ve posted about lately. Somehow reading your frustrations, so many of which I share, helped mine seem more bearable.

Laughed about bite marks on those chubby cheeks. Daily I’m tempted to actually sink my teeth into a cheek or two myself.

You know…it’s so funny and strange at the same time. My 4 year old has that same “wail”. It’s all we can do to get her to stop before she actually blows someone’s ear drums.
We’ve tried the sea monkey thing before. Ick. Gross.
My favorite pet? The turtle. They are so easy to care for and hard to kill 🙂
I’m taking Lyndee to San Tan Mall on Wednesday to play on the playground…she would love to meet Lucy if you’re up to it!!

Please give us any suggestions for keeping anything more than a small caged animal at bay. The pressure has been kicked up a notch for a dog. We are begged almost daily for one. I am starting to feel like a mean mom (even more than usual). I just can’t go there yet. Help!

Hi! My sister Jenn Jacob is friends w/ your sis Saydie..and thats how I saw your blog. THANK YOU for blogging about “being still and frustrations”. It made me cry. I could relate to everything..only though I only have 2 kids..its nice to know i am a part of the Motherhood club and there are other supporters who can relate! I love your blog and especially your photography. My blog is http://www.stinkweeds.blogspot.com
-Lori

I ABSOLUTELY and COMPLETELY love your blog. You are an eloquent writer and it’s amazing how you capture feeling and reality in your writing. Of course, as you know, you take amazing pictures and I love watching your little munchkins grow up (so sad that none of them would ever remember me…even though I babysat them!) Oh…and I do remember Grace’s wail. 😉

Your family is so beautiful and I miss you guys, tons! I just have the best memories of you and Dave.

Anyway, just thought that you should know that I love your blog, and you!

here’s my email…I’d love to catch up more!!!

You are so nice to allow the pets that you do. I am not so nice. Our kids cry for a dog monthly. We said when Grace was one we would consider it and then we decideded to have another baby. Now that baby is one and that is the last thing I need. One more little critter that eats, poops and you have to take to the DR. no thank you. I sound so mean huh ? Any way I think someday maybe we can do it but I always hear that no matter what ….it is the Mom’s dog at the end of the day. We are the ones that will care for it.

I can’t wait to see the pictures that you took of the girls. Let me know when you are done.

I know I should get my kids a pet. I know it. I just don’t want one more thing to take care of. You are superwoman to have not only a hamster, but also sea monkeys! 🙂

Maybe someday I will break down and get them a turtle, like Michelle suggested. That would work for me…

Whenever I see pictures of this sweet little girl, I can’t help but smile.
~Christine

I linked over from your blog from Kara’s when she gave you a birthday shout out and was so impressed with your photography and wonderful writing. I have found myself thinking about your cute family, so I thought I’d drop you a comment. Sorry to be a stalker, but I relate SO much to all you have written.

I too have 5 kiddos and it seems like a day in your life could be mine except that I haven’t ventured into any major lesson (tennis or piano) yet and lucky have avoided sea monkeys, but have had a tadpole and frog on my counter for an etire month until they regretfully died just days ago (OK, maybe I wasn’t really that sad to flush them away either), but I pretended to miss them for the boys sake.

I too have turned into my mother and started sweeping my driveway and gutter and know most of my neighbors must think I’m simply the crazy lady with lots of kids who mows her lawn in the late fall. We all can’t be perfect!

Anyway, I live in Lexington, KY. Taught school with Marcie in Louisville and am orginally from Utah. I have a private blog and would love to send you an invite if you would like. It’s only fair you can see the chaos of my life since I’ve been able to peek at yours. My email is cnjackson@hotmail.com.

Have a great day!

Sorry Grace! Wish I could have seen those crazy little sea monkeys! Ah sometimes life is such sweet sorrow!
Love you,
Grammie