our Chinese trash can

We had the opportunity to live in Shanghai, China for the summer a couple years ago. We wish we could go back. I think back a lot about the things I learned and noticed there. One thing I think about a lot is our Chinese kitchen trash can. I know, I know, weird. But I’ll explain. We rented a furnished apartment, and we were surprised to find that the kitchen trash can was teeny. Too bad I didn’t get a picture of it, but just picture one of those step-on-to-open-the-lid small trash cans that occupy some bathrooms here in the states. Yep, that was our kitchen trash can. I think about that trash can mostly on garbage day here in the states as I’m out driving through the neighborhood whizzing by rows and rows of gargantuan trash cans…sometimes two or three in front of one house. Hmmmm. What’s the deal?

I guess the thing I noticed is that in China we lived on smaller quantities. Maybe that’s because we had to go to the “grocery store” all crammed in a taxi and had to lug everything back by hand instead of loading up our suburban at Costco. (And believe me, we were a sight to behold to those Chinese shoppers…us and our four loud, summer-blonde-haired kids and my 7-month pregnant belly traipsing around amidst the reserved one-child shiny-black-haired families. They stood gawking at us as we stood gawking at the pig’s heads hanging around and giant containers of live fish and sea creatures you could bring home and cook up for dinner.) Anyway, we lived on less. Instead of bringing home six gallons of milk and giant containers of cereal each week we got by with a few small “boxes” of milk and a load of vegetables. We ate healthier, we ate less. We ate food that wasn’t processed and dyed (they don’t make much of that stuff over there…the trash cans are too small!) It was strange to come back to the states and go out to eat because the plates we ordered were piled sky-high in non-stop food. Now I understand why one of Dave’s manufacturers was floored when he came to the states to visit and ordered a “small” soda at a restaurant and huge glass of soda appeared in front of him. And then before he even drank half of it they brought him more. We live in a crazy society.

So I often think of my own “parable of our Chinese trash can” and try to make healthier meals and help our family be satisfied with smaller portions…at least on trash day! 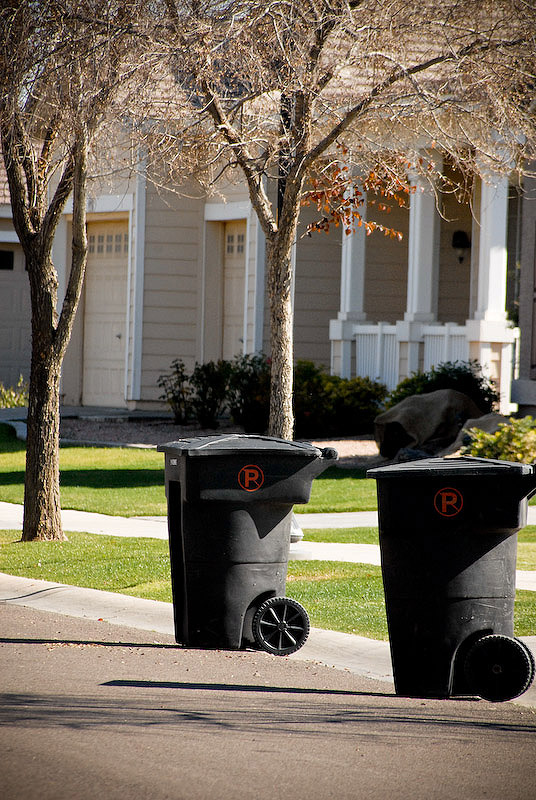 some Friday thoughts moving into the weekend: mountains...

Sunday ponderings — the importance of pondering

okay, Shawni. Seriously. Where do you live? I will try my darndest to convince Adam to move there. I need to. Even your trashcans sparkle.

Shawni, I love this post. My brother-inlaw served his mission in Cambodia. We have learned so much about the culture over there and just how different we live, in abundance, here in the states. He has been back to Cambodia and Thailand several times since his mission and even second hand I have a greater appreciation for smaller portions of everything.

Loved this post! I have just been trying to figure out how to cut out all the junk and excess we eat. It is so amazing when you see all the garbages just pilled full of junk. It really is sick to think about some of the stuff we put in our bodies.

what a fun post! we need more than just two of those huge can per week. we have both full nad four full bags sitting next to them. in all fairness to myself we did have two parties in the last week. i do know what you mean. it might be time to simplify a bit. 🙂

You are so good. I noticed the same thing in Thailand… especially with food portions. I’m trying to minimize but it’s so easy to maximize.

Brad has been teaching me to recycle. You can recycle so many things… makes for a lot less trash, trash. You know?

So true!!!! We are a wasteful society. The american motto is bigger and Better. But is bigger really better? I totally agree with you on the excess and waste. I love your though provoking blogs. Thanks

I meant to say thought provoking.

I had a conversation with a couple from Australia while in Maui last week. They were shocked at the proportions of everything here (Costco would blow thier minds). I have been thinking about this a lot this week also. It is something we all need to contemplate…thanks.