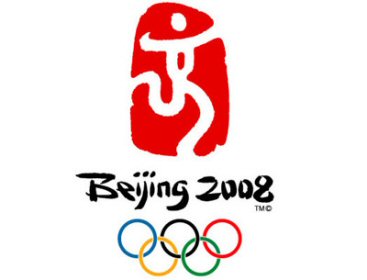 Dave and I lived right outside of Washington D.C. for six years after we got married. Before Max was born I worked right down the street from the White House. My commute was interesting. I’d go wait in line at a bus stop near our house. Cars wanting to use the carpool lane on the freeway (to avoid the horrible traffic there) would drive up one by one and shout out where they were going in the city. If you were going near the same place you’d jump in with them. It was a “win/win” because you got a ride and they had an extra passenger so they could leave the traffic jam in the dust while cruising in the carpool lane. It was called the “slug line” and I loved it. I met people from all over the place. Sometimes I’d ride in junky old beat up cars. Sometimes I’d ride cars that were so nice it took my breath away. Sometimes we listened to classical music, other times it was hard rock. Some people wanted to gab the whole drive, others were silent. (I got a lot of reading in.) One of them we still keep in touch with through Christmas cards after all these years.

One day I happened to ride with a guy who had just returned from the Olympics in Sydney, Australia. I can’t even describe the excitement pouring out of him as he related the details about being there. Right then and there I thought to myself, “We’re going to do that some day.”

When we lived in China for the summer a couple years ago, Dave and I decided we were going to somehow make it work to get back for the Olympics. This last year I wondered if it was too good to be true, and whether we could really swing it, but here we are, in the midst of a late night tying up loose ends with our passports packed to leave in the morning.

So, by the time this posts we’ll be flying over the ocean en route to all the hype in Beijing. I’m so excited I can hardly sit still. Not only will we be there amidst the wonder of the Olympics, but we’ll get to be on an eight-day date. No doubt we’ll have the best talks and some great fights… mainly over how much I pull out the camera. Oh man I’m giddy.

I just want to say that I have been reading your blog that i found through another blog. I just LOVE your posts and your family is beautiful!! I also love your photography and I keep telling myself I want to fly out to AZ and do a photo shoot!! I just want to say have sooo much fun in China! We are beginning the adoption process and it is between China, Guatemala and Ethiopia. I cannot wait to see pics!!

Oh man, I love China. I’ve traveled there three times–twice to adopt my two Chinese kids and the third on a humanitarian cleft lip/palate repair trip. I can remember my first trip there four years ago thinking how fun it would be to go for the Olympics and how far away 2008 seemed to me. Now it’s here and the Olympics have been amazing thus far. What a once in a lifetime experience (or maybe twice if you went to the SLC Olympics). I can’t wait to read your posts about your trip.

Oh my gosh! Have so much fun, that will be amazing! My cousin lived in China for a while and loves that country!

I’m so JEALOUS! Have a blast and take as many pictures as you want! 🙂

Have a WONDERFUL time. What a great opportunity and experience. Enjoy every minute of it, and tell us all about it when you return.

I wondered if you guys were going over there! What an experience you’ll have this time at the Olympics (or the “OompaLoompics” as Luke says).

Dana and I were just saying a couple nights ago as we were watching the Olymipics, that we need to make it a goal to go to them one of these times. Have so much fun!

Wow!! Here I was thinking you were going to write how much you have loved watching it and then I find out you are going to the Olympics. What a dream come true!! Enjoy it all- the country, the people, the food and most of all your husband. He has to travel so much, I’m so glad you two can finally get a long getaway with just each other.

And PLEASE take lots of pictures for us all. I can’t wait to see!

Take lots of pictures so we can feel like we were there too. How exciting and amazing that you get to go!!!!!!!!! Be safe, have fun, and know that we are all dying of jealousy!