We have some friends who divorced a few years ago.

I think both Dave and I agree that the highlight of our trip was our night at track and field. It was just so cool to be there in the bird’s nest watching event after event and a whole slew of medal ceremonies. 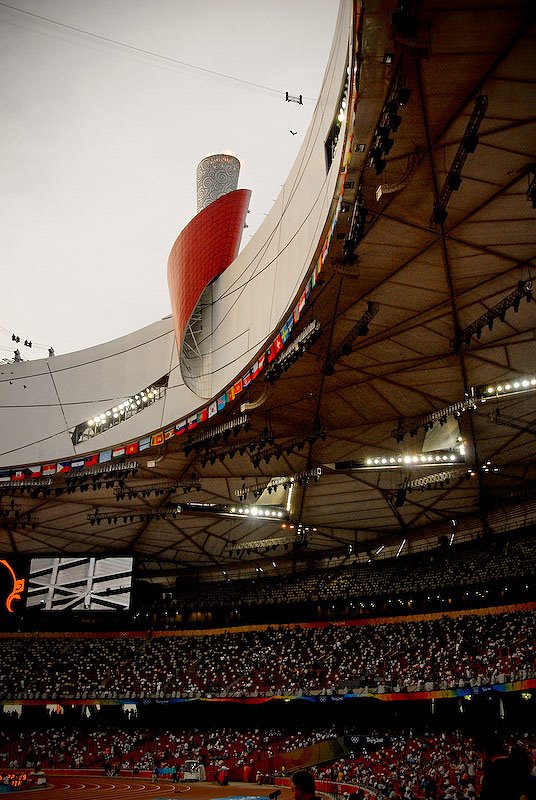 We were so anxious to see a medal ceremony and to watch final competitions for the gold and boy howdy did we ever get what we wanted that night! 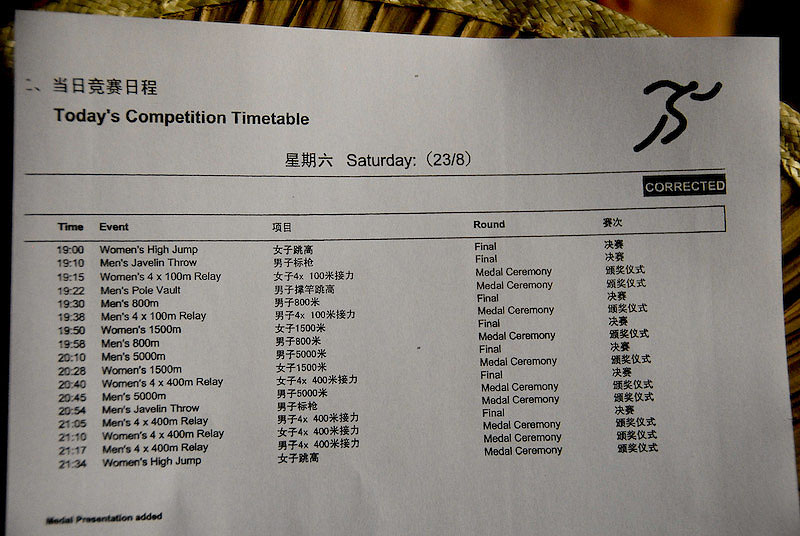 This was the program for the night.

When you watch this stuff on TV it seems like it’s all separated, but in reality everything’s all going on at the same time. It’s really neat how they do it. 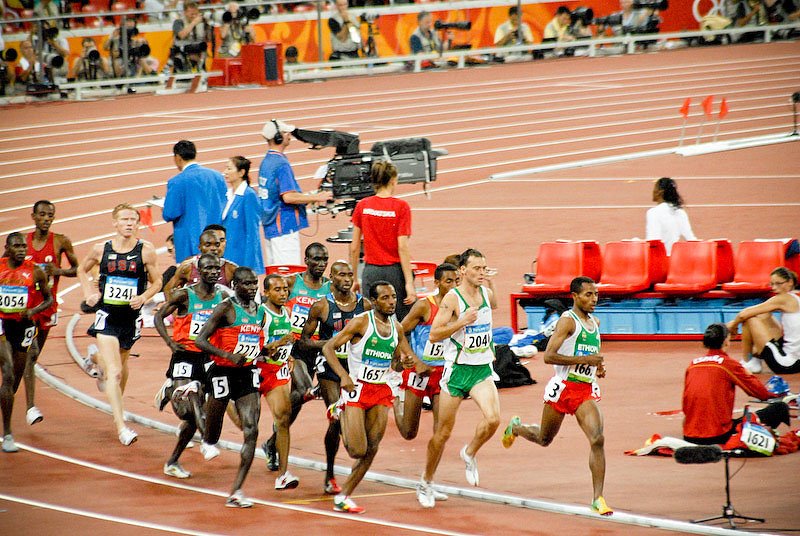 There’ll be people racing around the track , 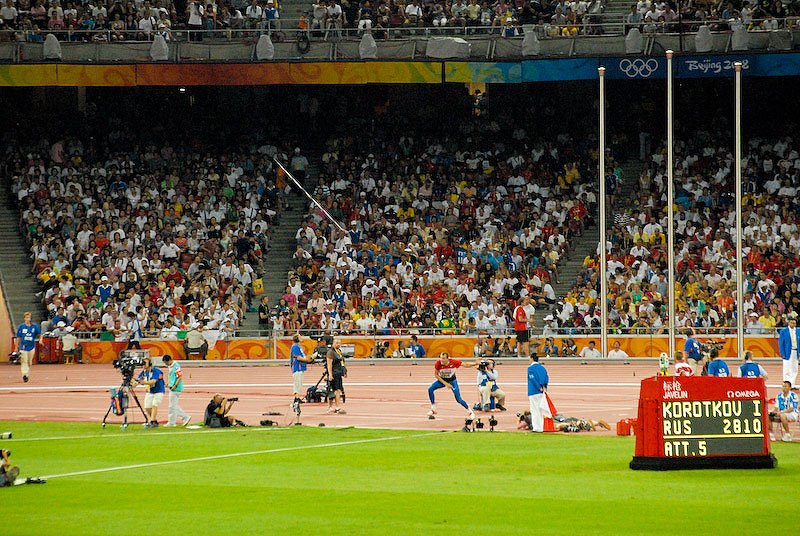 …and throwing the javelin, 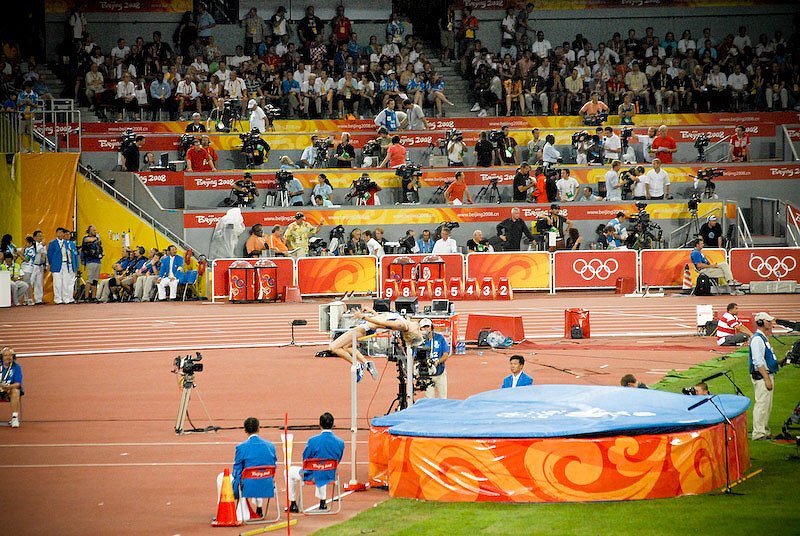 …and doing the high jump competition (which was really awesome by the way), 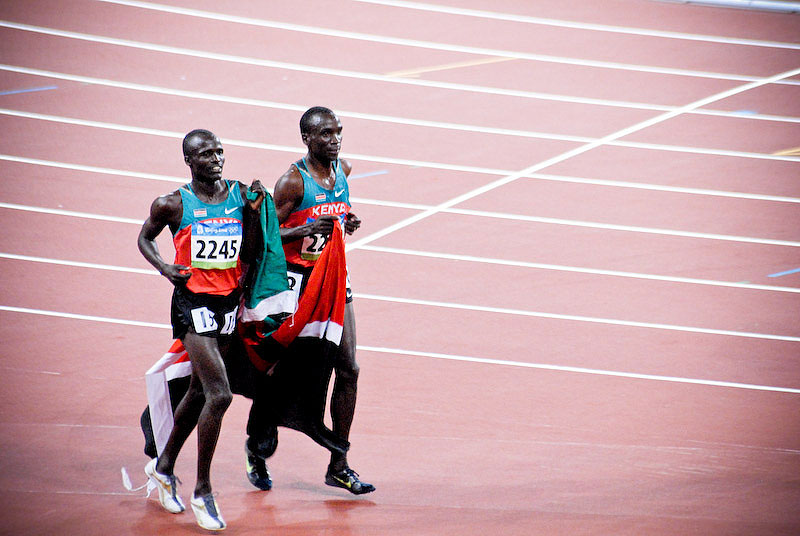 …and making their victory walk wrapped in their flags around the stadium, 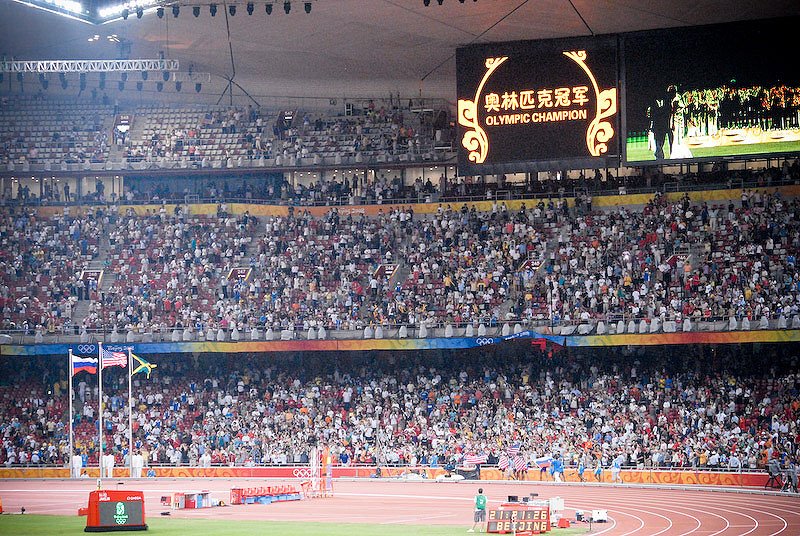 …and through it all the medal ceremony music would keep coming on at pretty regular intervals and start another round of awarding medals. They’d put up the three flags of the winners and give them the medals while everything was still going on, and then everyone would stop on the spot when they started playing the national anthem of the gold winner. 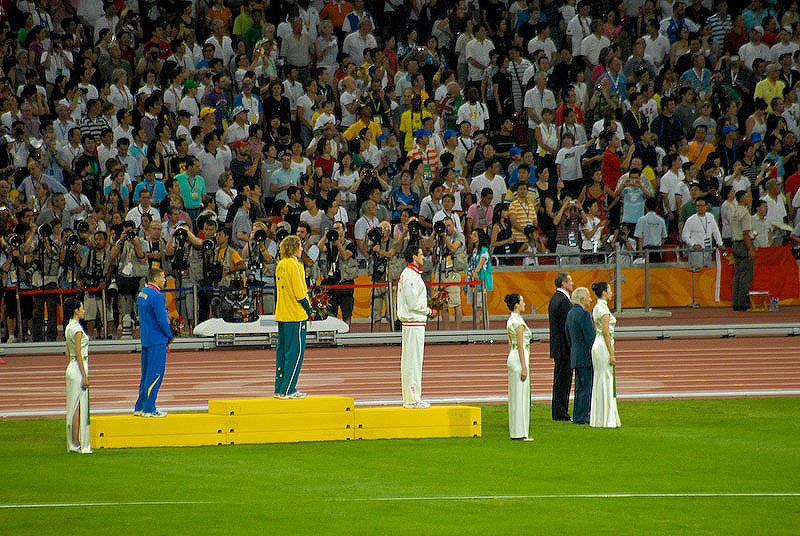 This was the awesome olympic record breaker pole vaulter. 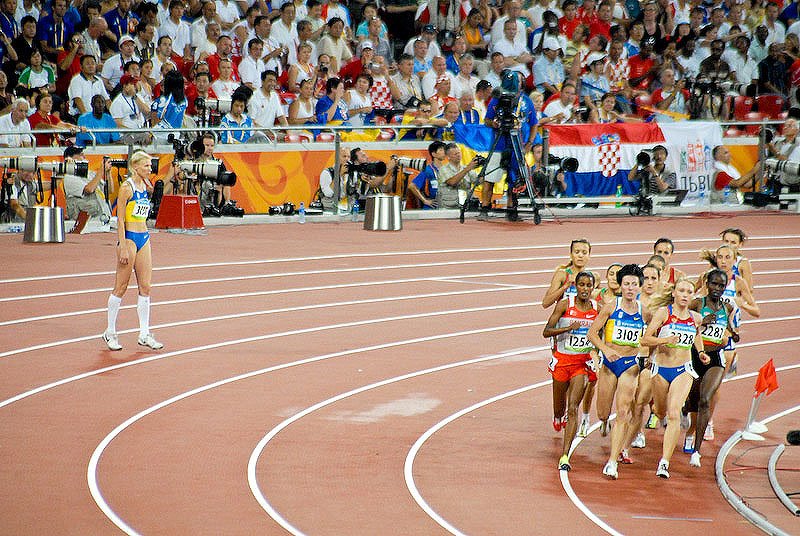 This picture shows this high jumper (on the left) waiting ’til the women racers pass by so she can do her next jump. 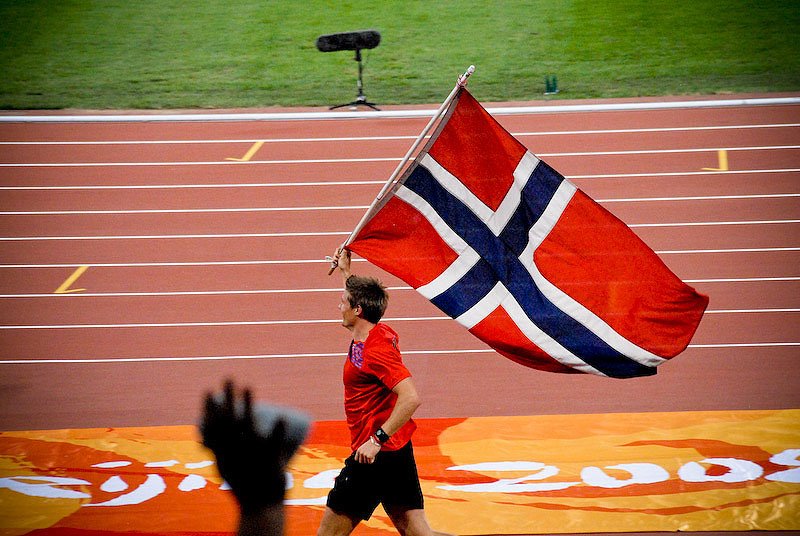 This was the winner of the javelin throw…he broke an olympic record…but then, it seemed like everyone was breaking olympic records. 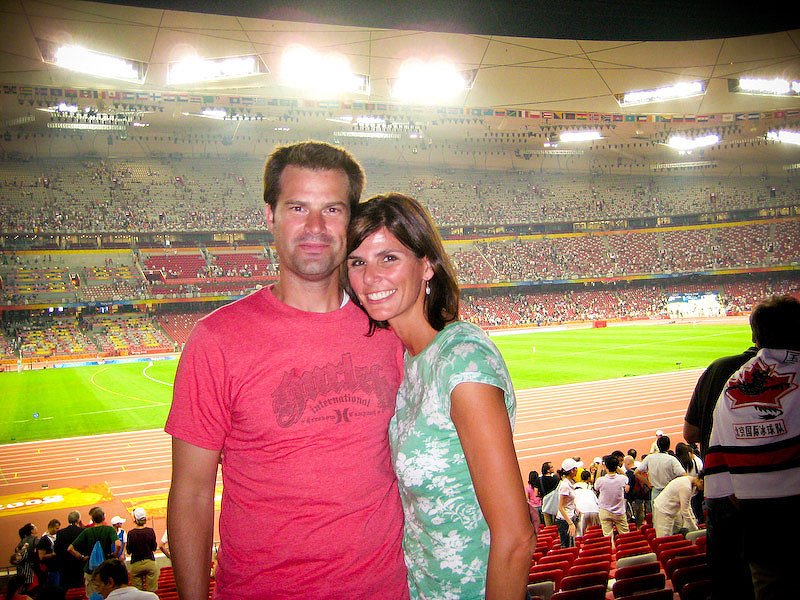 We were sweaty…it was so darn hot. 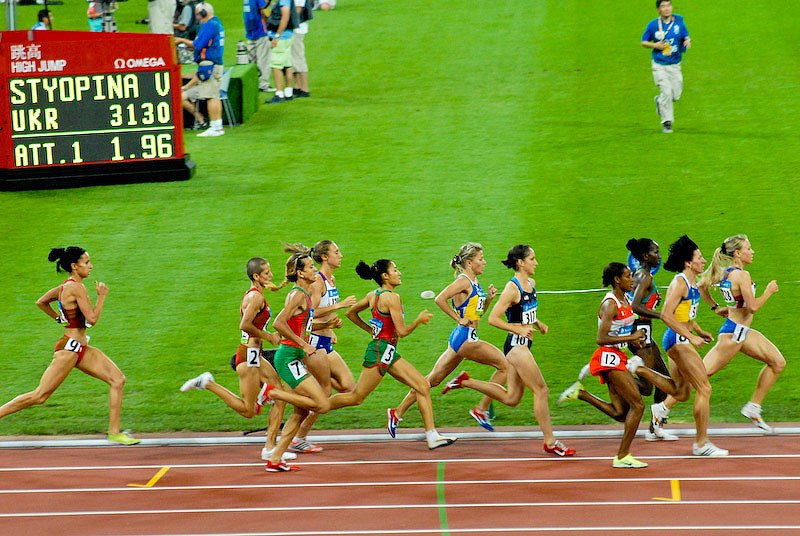 I wish I could have really captured how fast these races were. 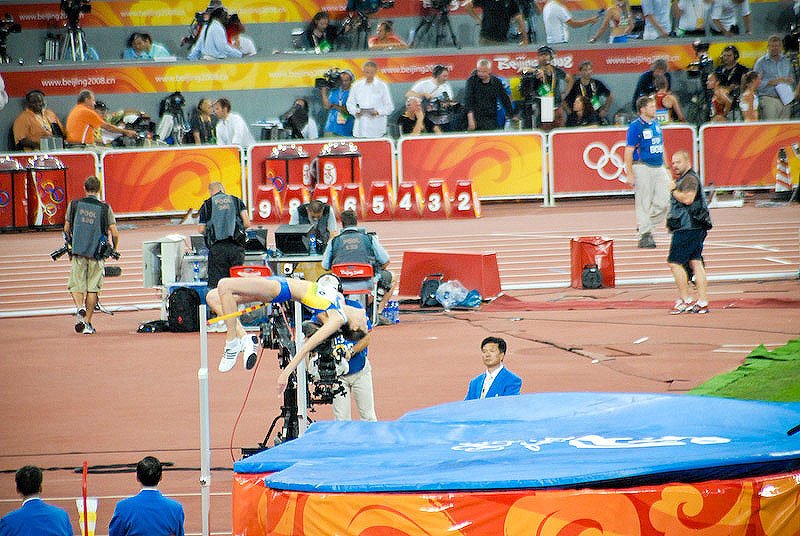 And I loved how amazing these high jumpers were. This competition kind of lasted through the whole night. 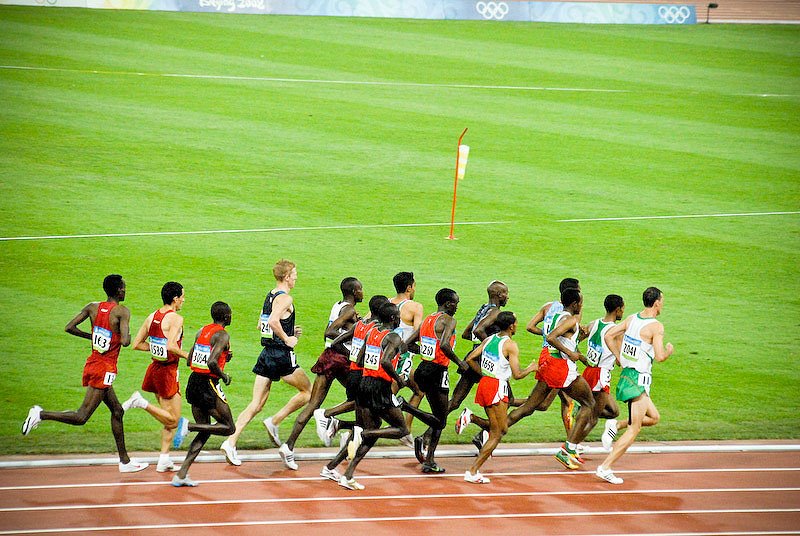 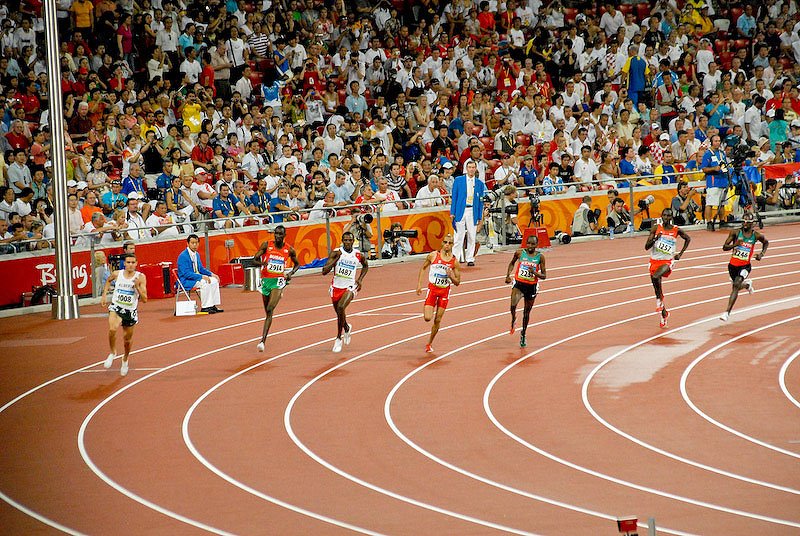 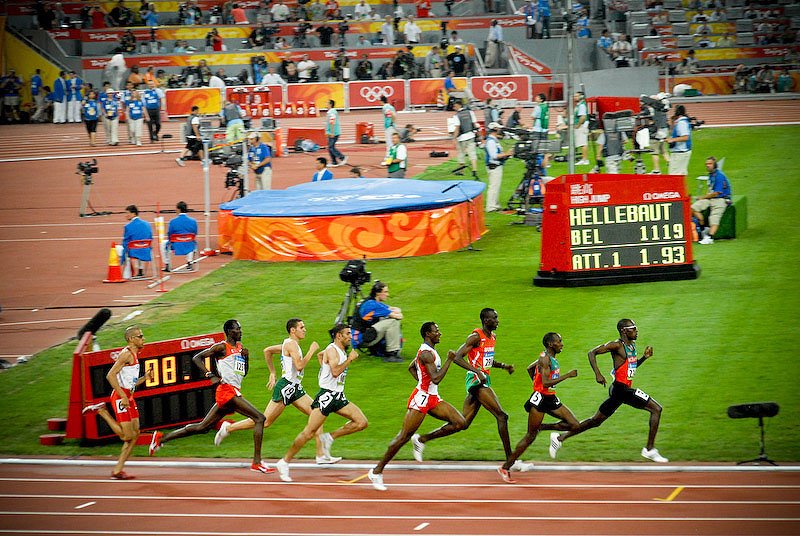 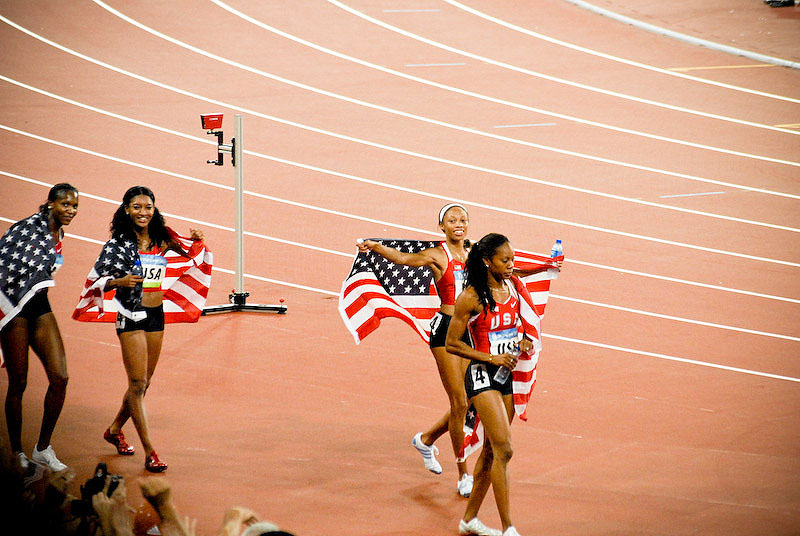 We got to watch both the women and men’s 4 x 400 relay…extra exciting since Americans took the gold in both races. 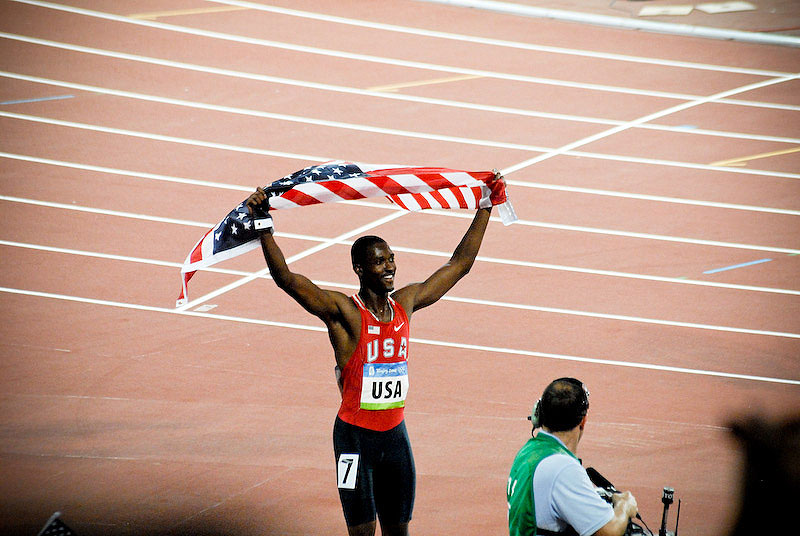 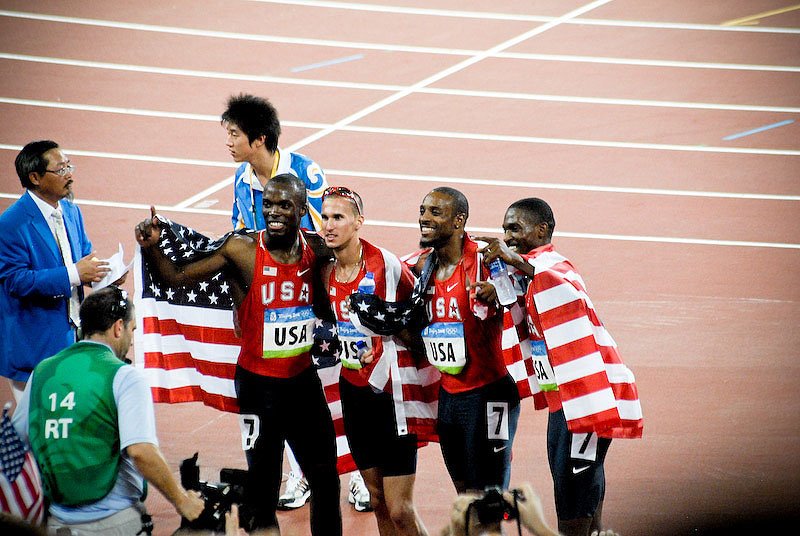 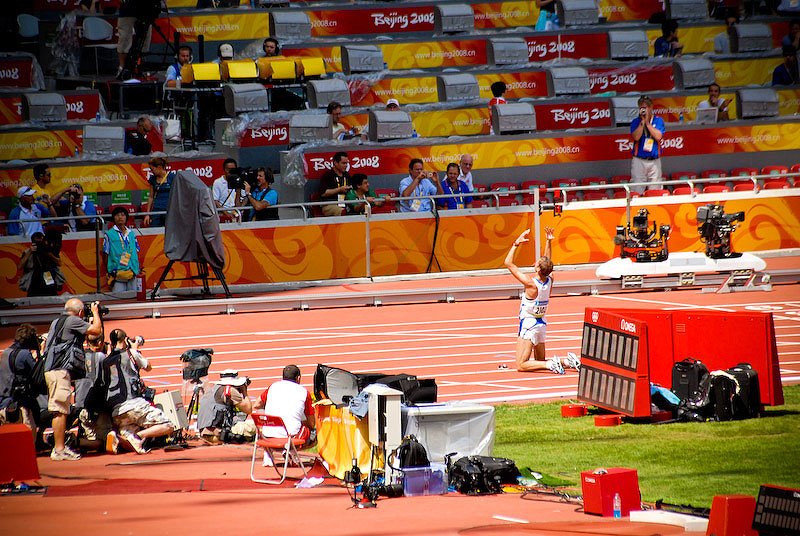 One thing I loved most about being there is that it made me appreciate more than ever what the human body can do. It’s really astounding. The thing that really hit me was the race walking we saw our first morning of track & field. I know, kind of a funny event, and I really worry they’ll pop their hips out of joint doing it, but these guys race walked for 50 kilometers…about 30 miles…in the hot humidity of Beijing. We watched them come over the finish line and about four of them completely collapsed. Dave and I were talking about how amazing it is that they could make themselves just keep going, no mater how awful they were feeling…just make it over that finish line. And they did, and then collapsed. It made me think I should just make my own little finish line. Maybe that would help me run two miles…

Shawnie, I just can’t believe what an amazing opportunity you have had. To be there has got to be so amazing. Your pictures are incredible. It’s so interesting to hear your perspective on how all of the stuff went on at the same time with all the track and field events. They definitely make it seem like it’s all one at a time. I hope the athletes feel they get the attention they deserve with all that going on! How amazing. I appreciated and loved these olympics more than I ever could remember. How neat that you were there. Hope you get home safe!

Hi Shawni-
So glad you had a wonderful trip!! It has been exciting to read about it.:) I was wondering where you got your girls sterling silver initial necklaces that they wear? My girls would love them! You can email me at 4beachbabies@charter.net
Thanks!!!

Shawni, thanks for posting all of this. We have loved the Olympics and this and your pictures are Amazing!
Shelley