Star of the month

Well yes, it started as a “Star of the Week” idea with Grace.

But since I’m flying by the seat of my pants in life right now, it’s really more like the “Star of the Month.”

Hey, I’m just sayin’… the bottom line is that we have some stars in this family. And I love them to pieces.

Let’s talk about my boy. My one and only. 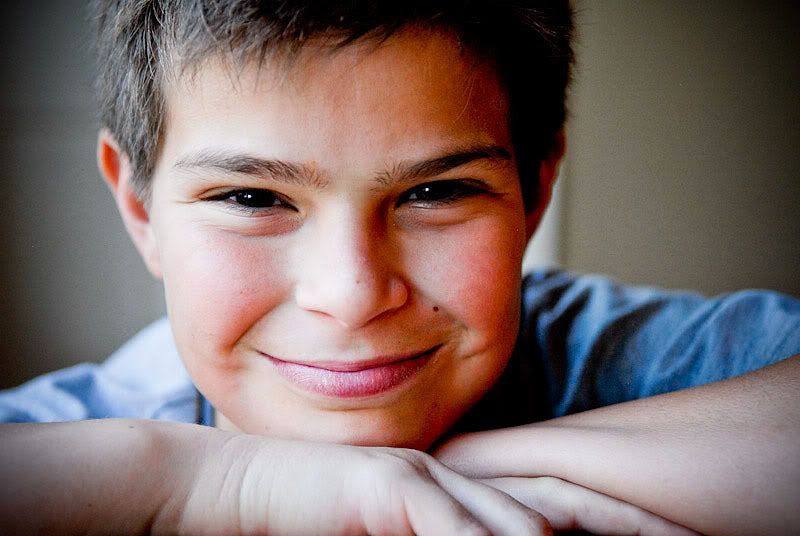 Nickname: Maxer, Maxerooni (I know now that he’s getting so old we should really graduate to something more mature, but I can’t resist.)

Best Feature: thick hair like his dad…and amazing smile…like his Dad. Well, acutally I guess his best feature is that he looks just like his Dad. And that’s a good thing. A very good thing. Because his Dad is hot stuff. 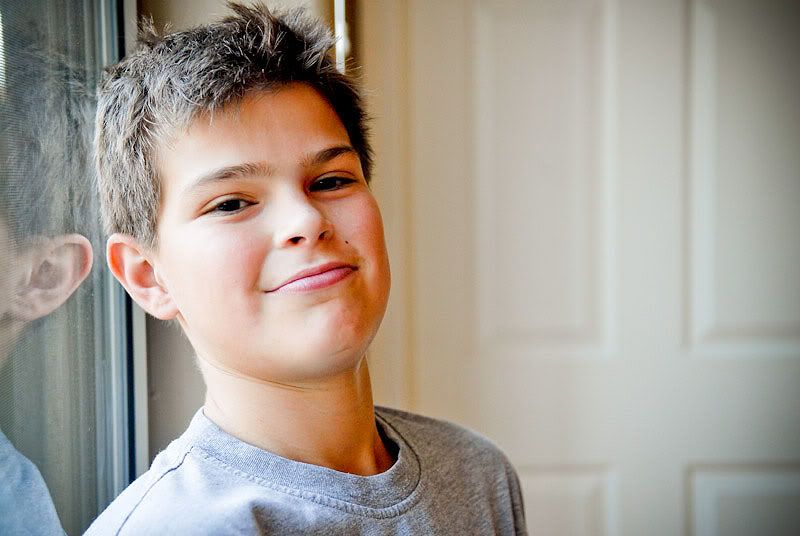 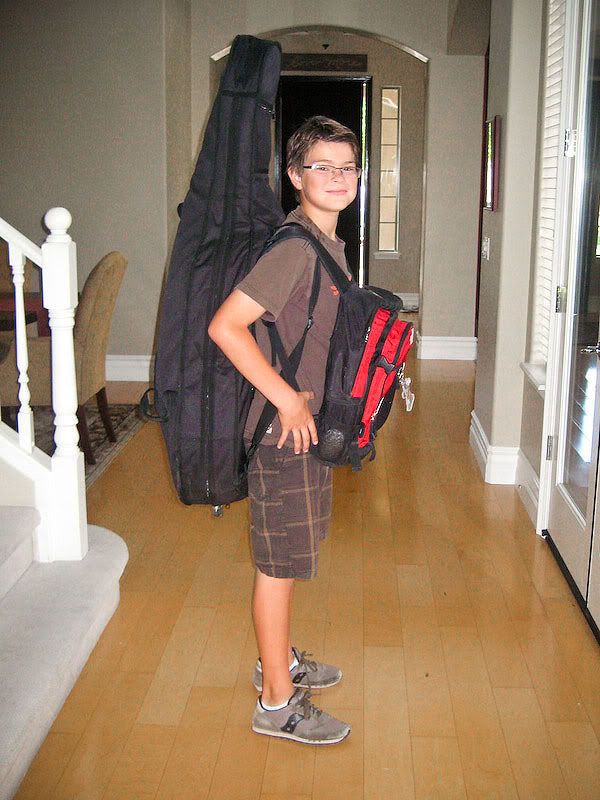 Biggest problem right now: He HATES to get his hair cut.

What he wants to be when he grows up: “a basketball player for sure”
When he was little he had his sights set on being a “Target Worker.” Then it shifted to “Target Owner.” He just keeps getting better and better ideas…

Favorite thing to do in school: math (I guessed on that one…he says it’s really P.E.)

Talent: Max has the most amazing talent for a having a tender heart. He is such a kind kid. I don’t think he has a mean bone in his body.

My favorite thing lately is watching him with Lucy. I know I’ve said this before, but although all our kids adore their little sister, Max takes the cake for being the very most tender and attentive with her (which says a lot, because they’re all pretty gaa gaa over her).

Since he found out about her syndrome, there has not been a prayer he has said that hasn’t included heartfelt pleading for her and her development. He has been so concerned and so incredibly aware of each detail we have given him and he has followed closely with what he can do to help her progress.

I guess I could have just posted this picture with no words to describe how much he adores Lu…and she him: 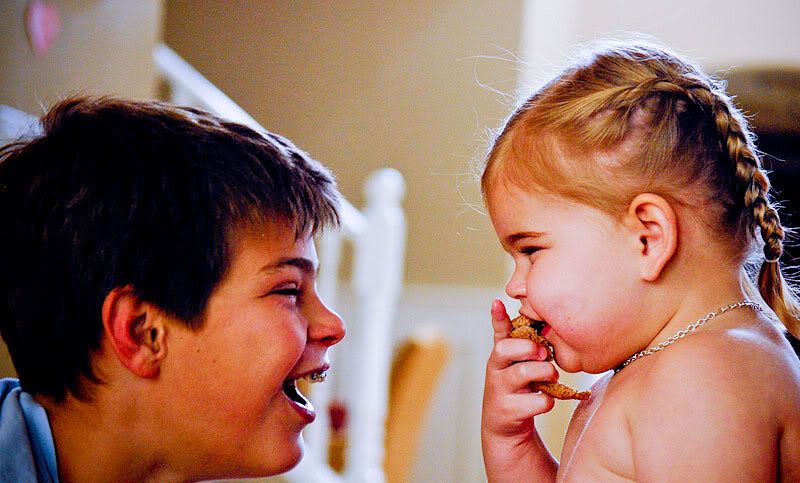 How many kids he wants to have some day: 3 (I totally guessed on that one too, and he’s correcting me and saying he doesn’t care…I guess it’s up to his future wife.)

Favorite thing to do when she has free time: shoot baskets on the front driveway. Boy howdy he is ALWAYS out there. 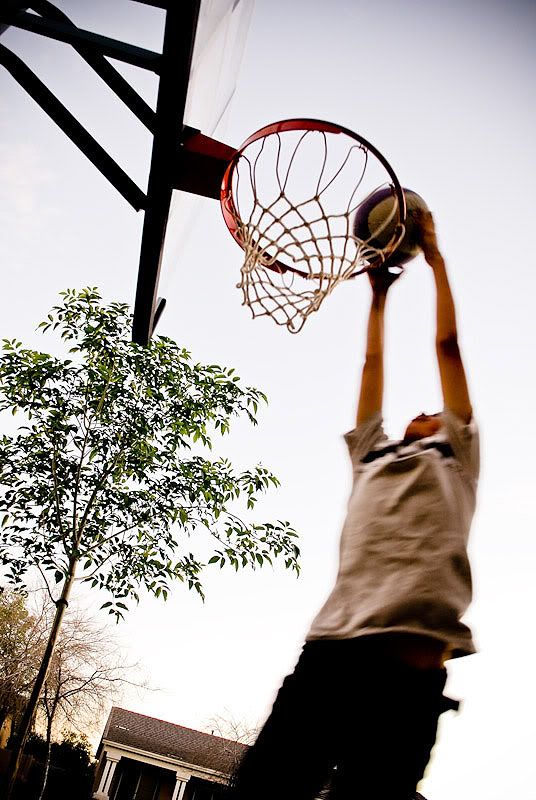 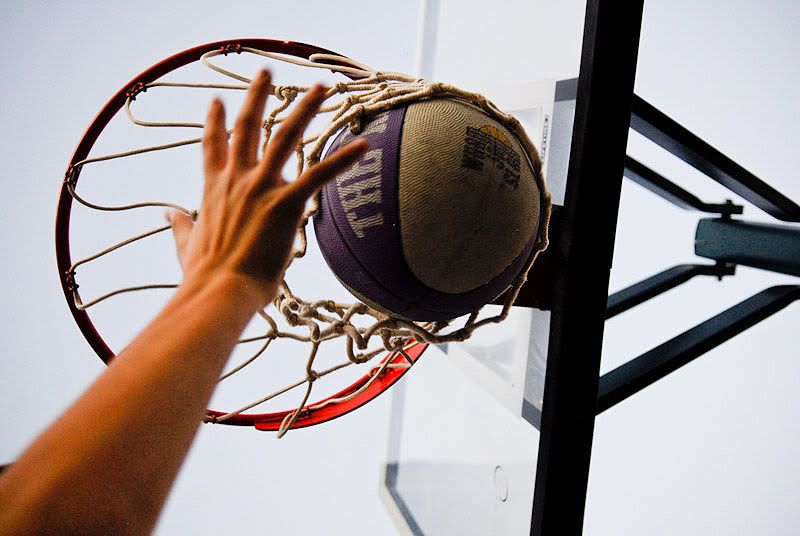 I’m telling you, this basketball standard in our driveway has been worth it’s weight in gold with how much it is used by Max as well as the neighborhood. They had a big slam dunk contest out there last month…with prizes and everything.

(But before we get all cocky about it though, let’s just remember that we had a guest judge in town: Grandfather.) 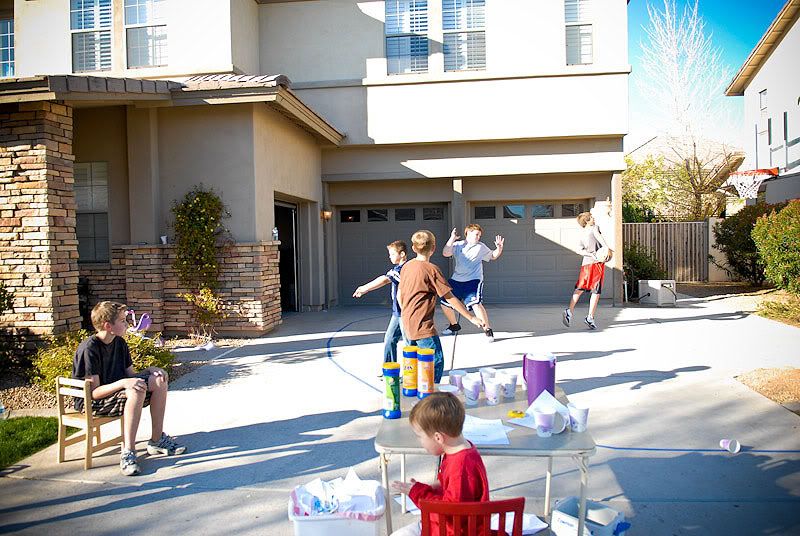 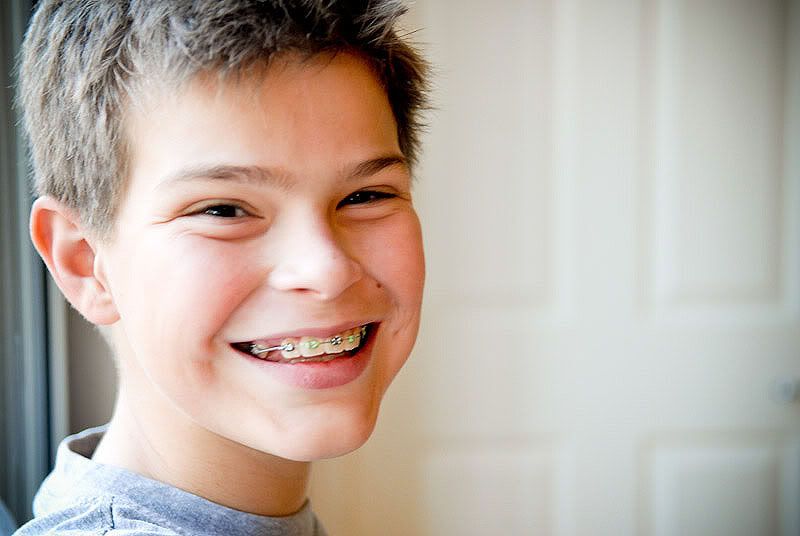 Ok, one more talent: Max puts up with having four sisters as gracefully as anyone can ever imagine. He just kind of goes with the flow with all these drama queens.

The only thing I can think of that he has really put his foot down on is the blasting of the “Hairspray” soundtrack in the car…he claims he’d rather hear Lucy scream than have to listen to those songs she insists on listening to again and again.

I’ve posted this picture before, but let’s just pause here for a minute to check out Max’s expression while putting his arm around his sisters. Enough said. 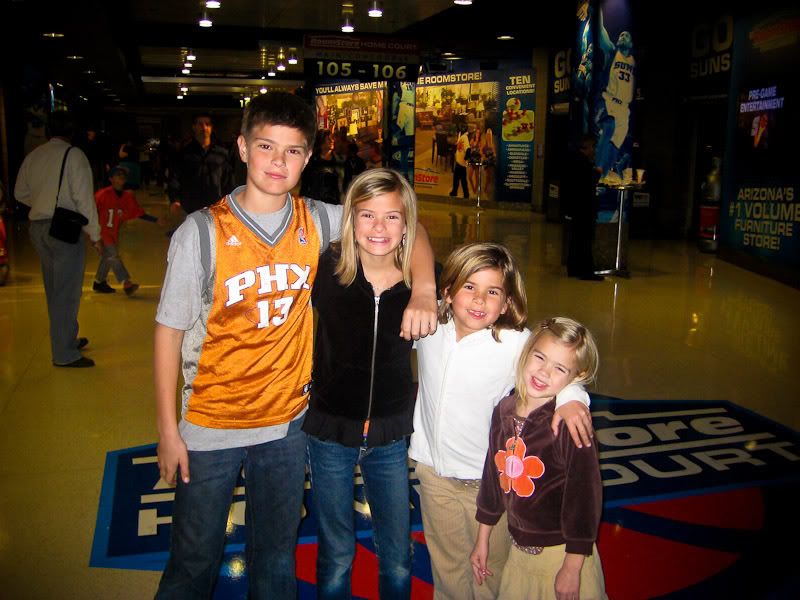 Ok, really the last one: Max mows the lawn every week. And he does it well.

Now if I could just get him to flush the toilet…

Love you with all my heart, Max.

He is such a nice boy & what a trooper with all those sisters. I love all the pictures!

It sounds like Cole and Max have a lot in common. I think they will be going to Prescott Basketball camp together. I am glad they will get to know eachother better before Aspen Grove.

He sounds like a great kid! Have you arranged his marriage yet? I’ve got a couple of eligible daughters…one that even plays cello. 😉

You’re right, he does look just like Dave! What a good kid. Love the picture of him and Lucy. Love the ‘do on Lucy…did you do those braids?!

What a great son…I’ll fight with Lara over the arranged marriage deal!
I had to laugh at the drawing of the line over High School Musical…too funny!

remember when he was born and had that hair that stuck straight up…so cute and so cool. Brandy

I’m a total stranger but I love him, too! My oldest, and only boy (so far) is Maxwell David, too, so I love hearing about your sweet boy 🙂

What a good, sweet boy you have there! And talented too!

I’ll be right there with you with the too old for the nickname thing -i try not to say “hi Maxie” anymore when I see him at school. I know he puts up with it since he knows he was my first and only Pothier boy – and such a love!!!

Can we talk sometime- You went to BU right? My dd is thinking that might be her college (I think I told you we live on the East Coast.) I wanted to get your prospective. If you get a chance- could you shoot me an email nhdraper@mac.com and let me know if this would be something you would be willing to chit chat about-
Thanks
Angela

Shawni, You are so sweet. I love reading your blog and my heart is full when I think of Lucy. Your family is so lovely and your photos and words express it beautifully! Miss you too. Shelley

Man this kid is just amazing and just stunning! Sure love you Max!
Grammie

Another great idea! I am sure he felt like a million bucks reading this. What a great way to document the wonderful things about your kids. He is a doll. I also call my Sam “My One and Only!”

So I’m usually not much of a blog stalker. I’m too selfish. I’m kidding, but really, how do we find the time to write our own and read our friends’ let alone strangers’? But I do photo-blog stalk I guess… to get ideas. But I don’t usually read. But you have me in tears every time I find myself stopped on your blog. Every photo of your son says even more than you did. You’d better give yourself a lot of credit for those great kids you’ve got mama.

Your Max and my Micah are so alike — I can tell they would be great friends if you would just move out here. 🙂 Lizzie chooses Micah over any of her siblings, she loves him just like your Lucy loves Max. A lot of Max and Micah’s interests are the same.

Max is so cute! Love that kid! We just started the star of the week at our house a few weeks ago. How funny is that! Every kid needs a little extra TLC is what I figure. It is a good reminder to make sure it happns!