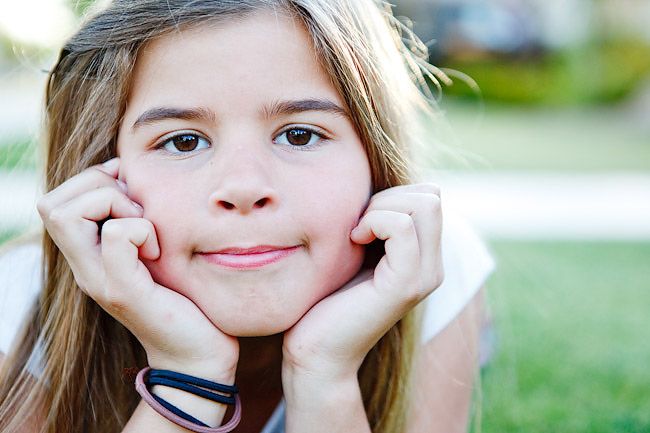 A while ago as I was going down the breakfast line of heads of hair to be done, I was trying to distract Claire and Lucy from the tangles I was brushing out. (Yeah, the “Happy Hair” award may be losing it’s zing just a tad.)

So I started in with a story about a dragon that came and made friends with them and flew them on it’s back to school. They looked at me wide-eyed…completely enthralled (I love soaking in moments like that…it makes my heart swell a little to think about it even now all this time later). No more tears about the tangles (sometimes distraction works, sometimes it doesn’t). Then the bus showed up, along with the gaggle of bike-riders, and after leaving me with kisses and hugs they were out the door to school.

Then the other night when I was tucking Lucy in she asked for the dragon story again. I was surprised she remembered it (it had been a while), but I indulged her and told how this time the dragon came and jumped on the trampoline with her and her sisters and took them on some more rides on it’s back. She smiled up at me, gave me my customary hugs and kisses, and I left.

A few minutes later I heard desperate screaming from her bedroom. This was not the regular, nightly antics to stay up later. She was scared. When I ran up to see what in the world was wrong she started blubbering on and on about how she didn’t want the dragon to come.

As I lay there by her side trying to figure out how to unlock myself from her vise-grip and get back to all the things stretched out before me that I needed to get done that night, a sad thought washed over me: my kids are about done having bad dreams. They’re growing up. And that thought made me melt right into her hug. I followed up the dragon story with a cute little bunny story that seemed to soothe her fears, and reluctantly, I left.

My kids are getting so independent (which I love), but I’m going to miss things like this…a silly worry that a dragon will really show up at our house. Lucy will grow right out of that just like my other kids have. And it made me a little melancholy. It made me want to just hold on to that moment and engrave it in my memory.

It made me realize how much I already miss some of the silly questions they used to ask (even though they were so annoying at the time…you know, the continual “why’s”), and the wonder when they discovered new things, even mundane things like swinging them on the swings at the park or buckling them into their carseats over and over and over and over. It’s all fading away. Some things are getting so much easier. My older kids can babysit the younger ones. They can take their own baths. They can choose semi-decent matching outfits. And I’m so thankful for all that.

But I’m still going to miss the little things. Little things like how my girls looked when they all sat together the other night trying to indulge me by being serious for a little photo shoot: 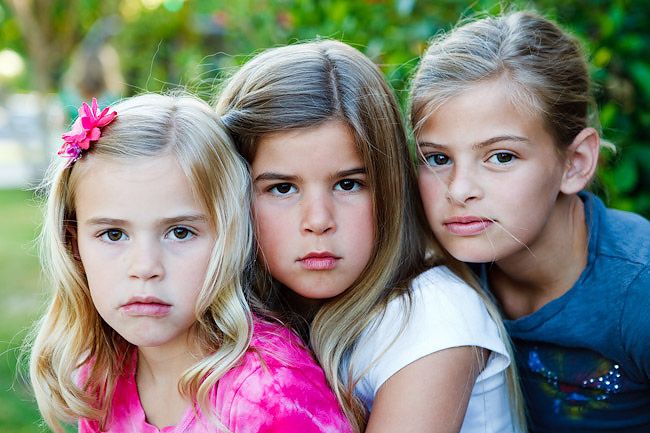 (Notice how the progression from “serious” gets a little more diluted with each picture until they’re all laughing…they haven’t had much practice with the serious stuff.) 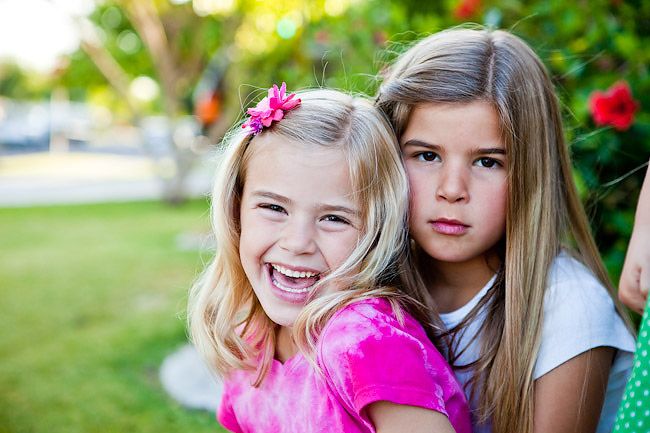 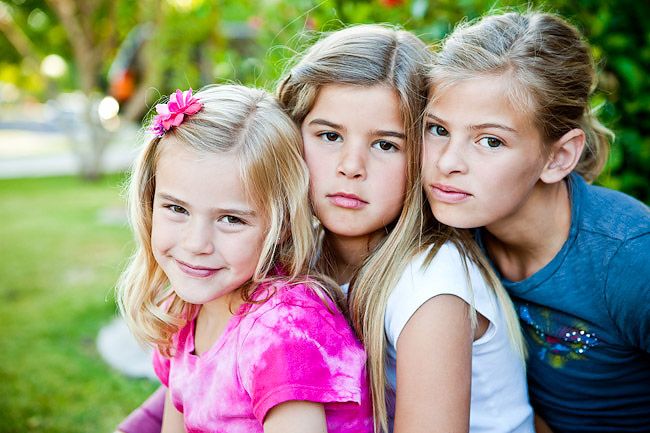 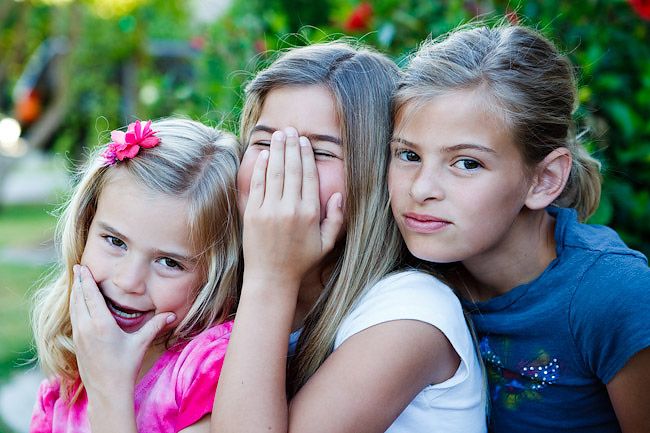 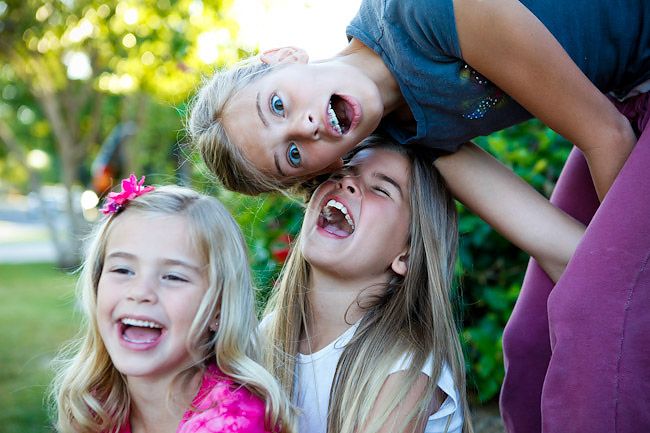 Gradually that little bit of baby-fat in their cheeks will disappear. They will continue to grow taller. They will become even more witty and our friendship will get even deeper (I hope).

But I’ll still always have a little melancholy spot in my heart missing the “littleness” of them right now.

some love for young mamas

how to get children to WANT to behave

the harrowingly beautiful journey of motherhood

cherishing the here and now

“God must not have thought much of you...

the gift I gave myself for Mother’s Day

The ripple effects of creating “new lands” for...

I love this post! I am trying to hold on to so many things right now as in two month my baby will be 10. I love your comment about the car seats. So very true! Have a great summer!

The timing of this post is perfect! Last night my 9 year old crawled into bed with us because she was having a bad dream about snakes. It's been YEARS since she's done that. Next time I'll savor it a little more than I did.

What if that "missing" feeling makes you feel the breath just got taken out of your lungs and someone socked you in the stomach? That's how much I know I'll miss those little things too.
Darn.

Such a great post. You have such a way of picking out the details and perfect moments to share. I wish I could step back and wrap my head around the feelings I am having to be able to put them into words like you do. For now they are just a tug at my heart or a memory in my head. I haven't been able to turn them into words yet. Your post today said it word for word for me. Thank you!

My youngest just started peeing standing up!!! So cool and so sad at the very same time. My oldest goes to YW for the first time tonight.

I'm quite a bit older than you, but I still remember all the little things about my kids, now ages 27 and 30. Since they are both parents now, they love hearing some of the things I tell them about their childhood. I miss those days SO much, but am finding that the grandmother role fits me quite well!

Are you trying to make me cry?? "Bittersweet" is the feeling I live with on a daily basis. Especially today – the last day of school. The last day my three oldest children will be in grade school together. The last time my oldest will have recess . . . I feel my own blog post coming on! Hope you're having fun in DC.

Oh so true! With Lucy here beside me, pointing at herself and saying, "She's so cute!"

Just finished your book and loved it! I have 4 little boys that I am hanging on to for dear life!!! My friend told me about your blog and I had to check it out. You are so creative and I have learned so much from you and your mother about being the best mom I can be! Thank you so much for sharing…and please pass my gratitude on to your mother…she is AMAZING!

Your kids are beautiful! What type of camera do you use?

my baby days aren't done yet but already I'm seeing my big miss changing and I know once she starts school its going to change even more!

This post reminds me of how every single summer when all my kids were little (they are now 8,10,12,16,17), I would think to myself "this is the best summer ever" because we were all together doing fun things. Those days are over since my 16 & 17 year olds have their own stuff going on. I definitely miss those days of all of us being together all the time, but am thankful I have more of them ahead with my younger children. I'm not ready to let go yet!

Not to fret Shawni…..I haven't slept "THROUGH THE NIGHT" in 16 years. I'm being completely honest with you here. My oldest is 16 and ever since she was a baby and then the next and next and next and next I have been woken up, had to get up, or starteled awake by at least one of them, sometimes more for one reason or another. This week seems to be the week of sunburns hurting, tummy aches and insomnia. My kids will actually wake me up to tell me they can't sleep, but the best one yet is, "Mom, I can't sleep". "What's the matter, why can't you sleep?" "My tongue itches". No joking.
I think I would feel like a whole new woman if I could get at least four hours of uninterrupted sleep a night.

Your kids are so gorgeous! Lately I keep thinking of all the little things I let myself miss out on because I was too busy to enjoy them. Sigh. I actually miss feeding them baby food, it isn't so cute when they throw food now considering they are 5 and 6 🙂