Dave ran a half-marathon up in Utah. 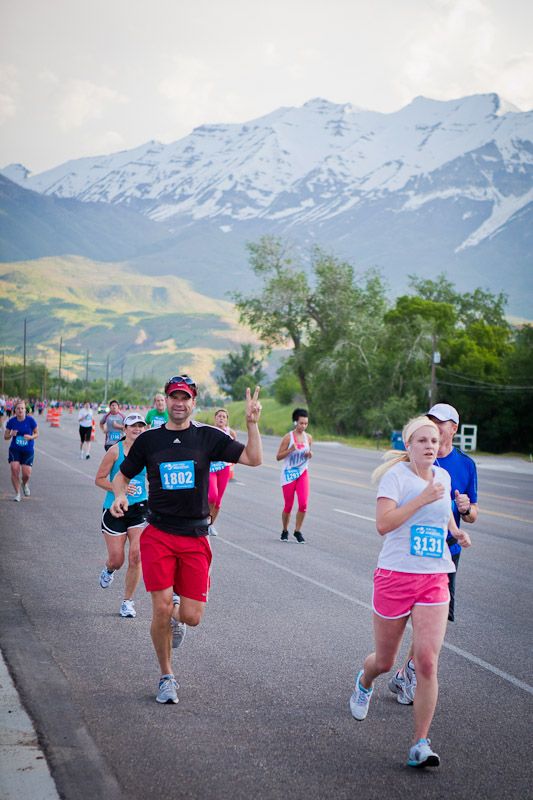 And he did it with flying colors even after driving all the way from the desert the day before: 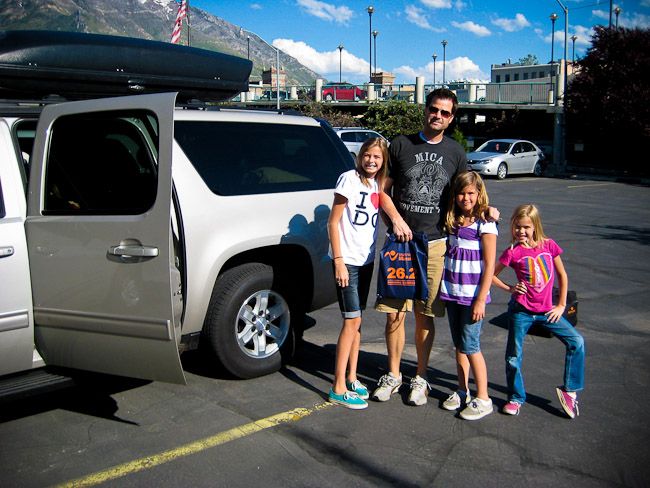 I am in awe of him and of racers in general.

In some ways I wish I could be one.

Until I see toes like Dave’s after his last marathon.

Not really what I’d call too appealing.

But I’m telling you, standing on the sidelines of that race made me think some day maybe I’ll kick myself into gear and try to run more than three miles.

If it was as exhilarating as it was for me just hanging on the side-lines I can’t imagine the adrenaline going through those racers.

There’s just something amazing about that feeling in the air. 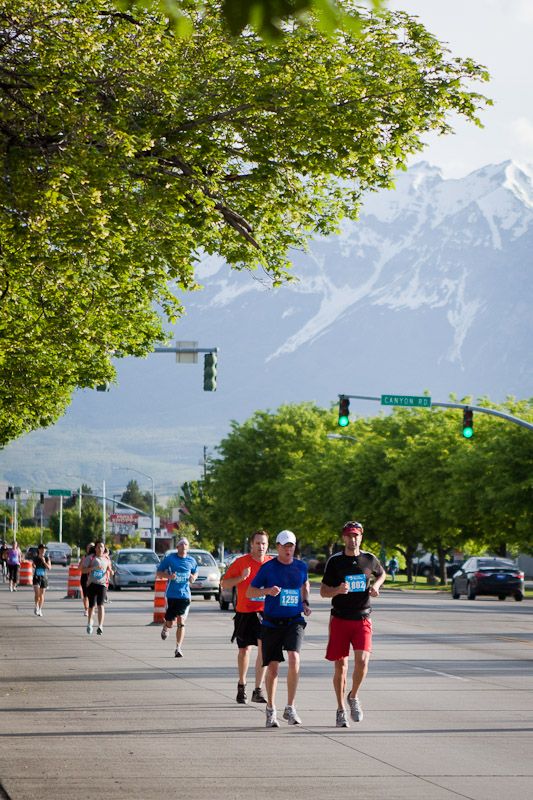 It was a gorgeous day and they got to run down Provo Canyon…one of the most beautiful places.

I got up early and called Dave like five times to figure out how far he was so I could sneak some pictures in at different spots along the course.

I don’t think he was overjoyed to hear my voice so many times while racing, but hey, it made me so excited I got to see him a few times in action. (Thanks for answering Dave 🙂

He did really well and felt great at the finish line. 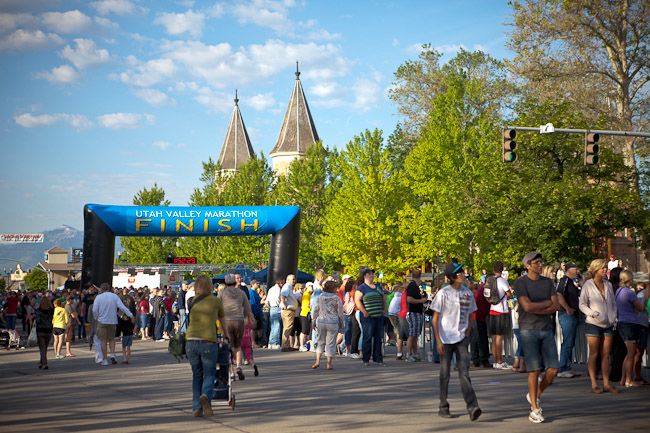 I was so busy trying to find parking on the side-lines after getting my other shots that I missed him coming over the finish line. Darn it! 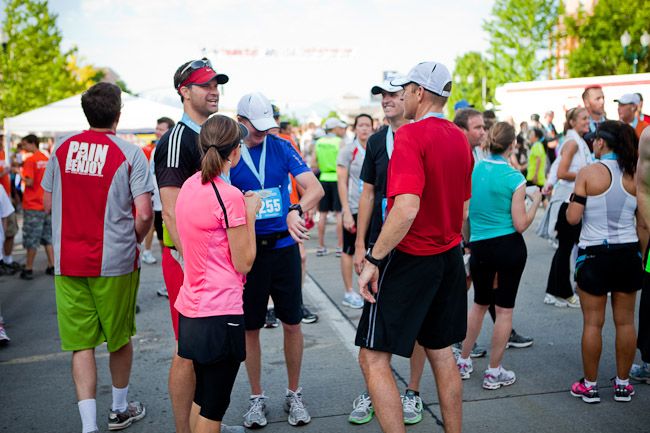 These are his running buddies from back home: 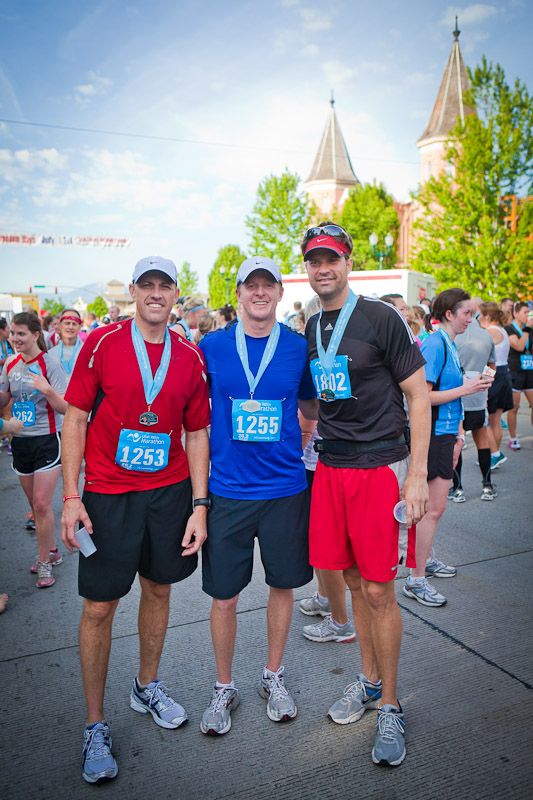 And here is his sister and our brother-in-law who raced as well: 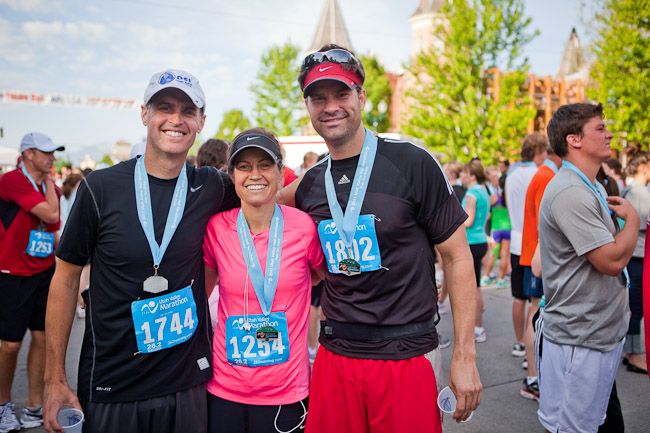 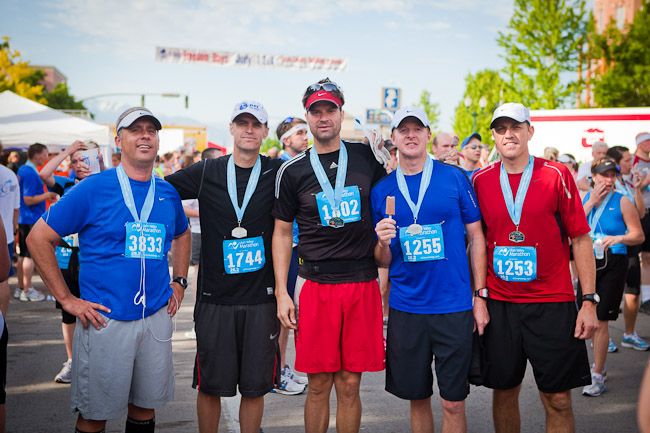 What a tremendous accomplishment.

I’m so proud of that guy.

a couple things I missed…

Happy birthday to the man who makes everything...

that is awesome! makes me want to run one. Go Dave!

I did my first triathlon back in June and it was the most amazing feeling ever to finish. It was so hard, physically one of the hardest things I've ever done, but it really was an incredible feeling. And guess what? That feeling started for me LAST summer when I watched my husband compete in HIS first triathlon. I got bit by the bug, and I knew I had to do one myself. Who knows… maybe the bug is about to bite you too!

My son did his first marathon in this same race ! So did Laurel – check her out here. http://justaroundthiscorner.blogspot.com/2011/06/goodbye-to-that-girl-12.html

I bet your mom knows her. She's a big wig with Deseret Book

My husband ran his first marathon just this past April (Salt Lake Marathon), ran the Boise Marathon in May and is now training for the Logan Marathon. I did a post about those too, including his feet (GROSS! – but my camera/picture taking skills are nowhere near yours).

I think you have a beautiful family. I absolutely love your blog and your writing. Thanks for sharing your lives.

Hi! I was the crazy girl who yelled out to you at mile 12 that I read your blog. It was fun for me to recognize you and gave me a much needed energy boost when I was SO tired. Love your blog and think you have a beautiful family!

I ran this race as well. My first half marathon. It was a gorgeous course and a perfect day for running! I loved seeing all the people on the sidelines cheering others on even though none of them were cheering for me specifically. Love your blog by the way!

Running a 1/2 is such an amazing experience – sounds like he had a great race. Love the experience of the crowd cheering you on. Congrats to Dave.

Maybe someday I will get past the 3 mile mark as well! Until then I am enjoying the view without the hyperventilating and uncontrollable sweat pouring down my face 🙂

Kimberley W- I can't believe you spotted Shawni in the middle of running a race, at 12 miles no less, I would have been pooped and not seen anything but an inch or two ahead of me!

I was wondering if you could add this question to your Friday Q & A: How do you travel with your camera? Do you have any tips? What is it in? How do you go on an airplane with it?

We were there at the same time and I didn't get to see you… Sigh. My husband did the Footbike division of the marathon. He had a lot of fun. Since Dave and his friends love running so much they would LOVE the Ragnar Relay races. You'll have to tell him about it (but I'm sure he already knows about it). Jamie has a website – ragnarguru.com that he'll have to check out as well as the regular ragnar website. They are all over now, these races. I would LOVE to do the DC one but for now we are close to home with the So. Cal, Napa Valley and Las Vegas. It was fun to check in on your blog. You are so cute and are always doing so many cute things with your family. Keep it up!