Each month Lucy gets to have a party at her preschool.

And each month some moms are in charge.

Last month was my month and since Lu’s teacher is so darn organized (plus I had an organized other mom to help) all I had to do was make snake sandwiches and bring the paper goods.

I know what you’re thinking, “snake what?“

Yeah, it was a snake (reptile) theme so Lu and I were supposed to make snake peanut butter sandwiches.

We went the extra mile and whipped up some home-made bread for the occasion. 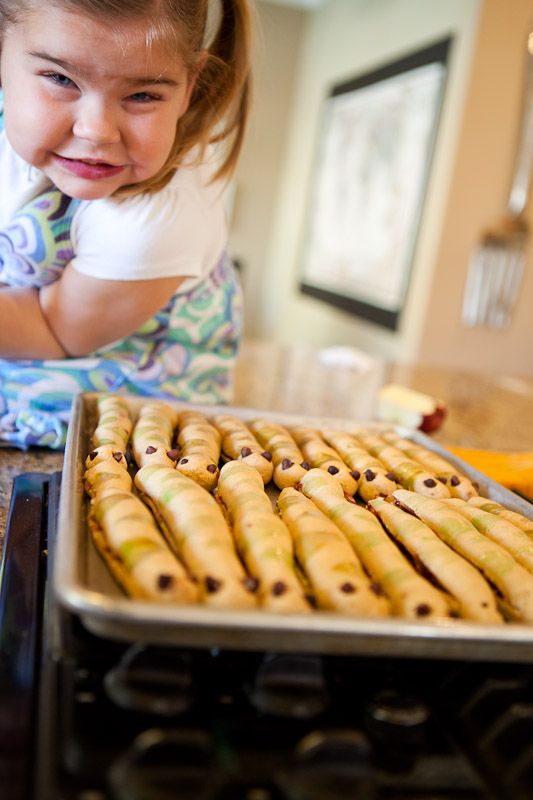 And I have to post pictures of them because I was kind of proud of them.

You see, I’m not a crafty person by any stretch of that word, so I surprised myself by even painting all those green things on there (green food coloring mixed with egg yolk before you bake). Those are tiny pieces of apples for tongues and black beans for eyes. 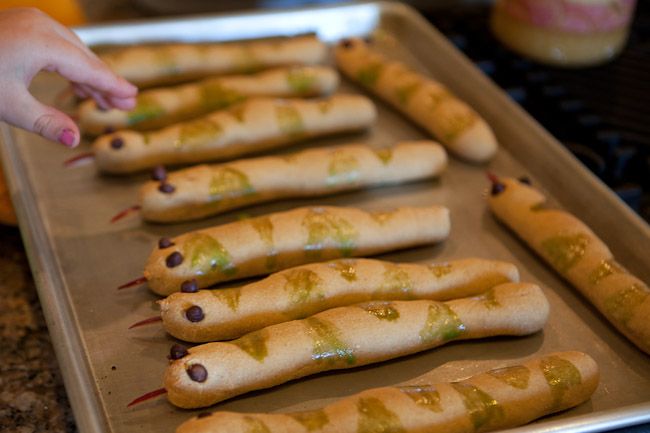 Lucy was pretty darn proud of them too and so we marched off to school clutching those puppies waiting for the “oohs” and “ahhhs” from the kids. 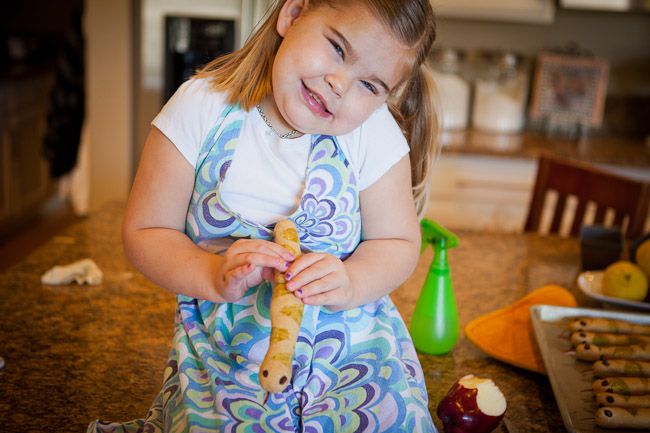 But it turns out we had some serious competition. This awesome “wildman bill” guy was there showing off all his whizzbang real animals.

Then a big rattlesnake skin: 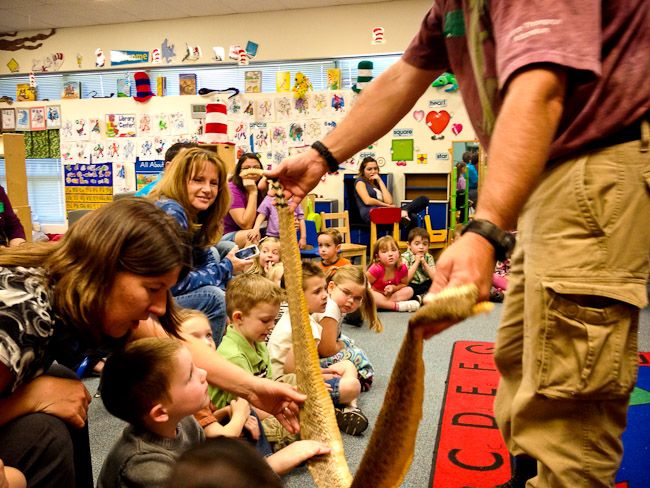 Followed by all kinds of other snakes.

The grand finale was when he pulled out a giant python: 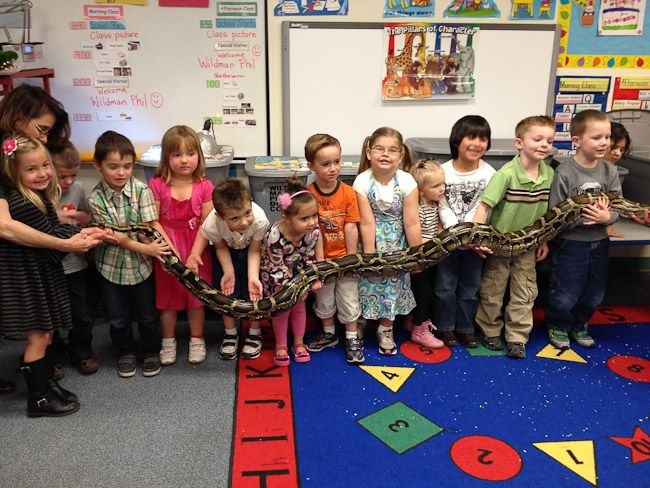 That thing was SO cool.

I’m still kicking myself that I didn’t hold it when the guy offered to let me.

But by that time it was already packed up and I was supposed to be setting out the lunch stuff.

Next time there’s a python around I’ll be sure to hold it.

Needless to say, Lucy and my snakes weren’t the hit of the century after all that hoopla, especially since five kids turned up their noses at peanut butter.

But hey, they were pretty fun for us to make together 🙂

spring break according to my iPhone

a sure way to find happiness

gratitude for my conscientious school girl

some birthday surprises and 16 things I love...

how in the world can Lucy be turning...

a mighty miracle found in a team of...

Carson is an official student doctor!

shawni! i LOVE snakes! seriously one of my all time favorite animals! my family a few years back went to "out of africa" (its about 2.5 hours away from our home in mesa) and they had a snake hour. where i finally got to hold a python. the pictures are up at my home. i loved it!

Can I ask you a question…. after reading your last post I noticed your family went on a long car trip for Spring break. Can I ask how many hours? My family is planning on heading to Washington DC which is 7 hours for us… yikes! I've never been in the car that long with my girls (ages 8 and 4). My question is how long was your trip and what can you recommend for long car trips? Thanks so much!

I'm inspired by your blog, tara

They were adorable! Best of all, you two did them together :o) I love baking with my girls!

Pretty clever! Loved it. Tucking that one away.

I just stumbled upon your blog through a pinterest pin. I've been sitting at my desk with tears rolling down my face reading so many of your incredible posts! Lucy is just so sweet!!! Megan

Just a little word in your ear Shawni.
You no longer have the option of saying you are "not crafty" because darlin' after the snake shaped bread, you won the crafter of the year award and no one will ever believe you aren't crafty any longer.
I'm in shock that the kiddos would come within 10 feet of that snake let alone hold it. I HATE (if there's a stronger word then insert it here) snakes.

Lol..how brave we're those kids holding the python?? I had goosebumps just looking at the pictures.. :-))))

The snake snacks were so cute and clever. And seriously those kids are brave, I would have been running for the hills, I HATE snakes!!

Those are awesome!! Great idea!!

I love the snacks! They are awesome! I never would have thought to use black beans for the eyes! So cute!!

They are so cute! I'm surprised though at how much peanut butter there is in American schools – here in the UK peanut butter is practically banned in all the schools I know of because so many kids are allergic. Does that happen there at all?

Just an FYI it looks to me that the mans name is 'wild man phil' rather than 'wild man bill', at least that is what is written on the whiteboard behind the children 😉

Started following your blog a couple days ago & I love it! Thank you for sharing! 🙂

That is awesome! We always had a pet snake growing up, I am so fascinated by them! Good job!

The girl in the hot pink looks like she is going to faint or be sick! Great day for Lucy!

Good grief, I am SO far behind! We are gone until late at night and sometimes we have the Internet and sometimes not! I'm trying to keep up with our posts and I can't believe I missed this. A PYTHON, are you kidding. Looks as though Lucy is holding her own! Seriously, I think I'd be okay with just handing out the "homemade snakes"! What a fun day!

Seriously, great job on the snake sandwiches! So creative!