When Lucy was born with six toes on one foot, the

April 27, 2012
Since you showed the pictures of where you both lived when you met {back HERE}… How did you two meet? Church? Live near each other? Mutual friends? Nothing more fun than a true-life love story!

I wrote this post in anticipation of Valentine’s Day (yeah, that two-months-ago-holiday). I figured it was a good time to answer this question because you know this blog is my journal. And if this love story should ever start to fade into the corners of my mind I’d be so sad without it. I want to remember every detail.

Plus, I figured what a better way to prep for Valentines than to reminisce all those heart-skipping things that made me fall head-over-heels in love?

But then I got sucked into life (and other v-day prep) and never posted it. So now seems like as good a time as any. Especially since he just got back from a long trip to China and man alive I missed him.

Here you go…this is the beginning of the story of how I landed this guy: 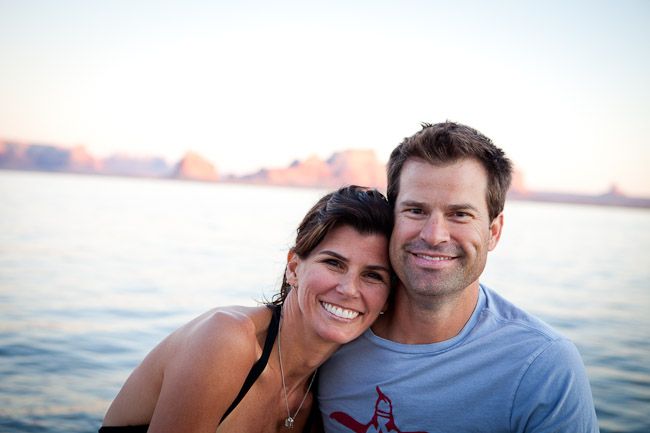 For my freshman year of college, I went away to Boston University. It wasn’t what I wanted. What I wanted with all my heart was to stay home and continue life right along as it “should” be with my friends and family all hunkered down securely around me. But deep down I knew the truth: I’d grow leaps and bounds more there than I would sticking around in my comfort zone. {or was it just that I had my parents whispering on my shoulder that I should go stretch my wings?} It was early on in life that my parents started brainwashing me with all that “hard is good” jazz that I now, in turn, try to infiltrate solidly into my own children’s minds.

The plan was that I would go away for one year. It seemed more do-able and less permanent. It was the only way I could cajole myself to take the plunge into such uncharted territory.

So I left my teary-eyed friends at the airport and headed off (bleary-eyed myself) into the unknown. Except that my sister was close-by at Wellesley and my high school boyfriend was close-by at Tufts. I practically clung to them for the first little while. But after a while I stretched out and got my bearings straight. I learned and I grew. I blossomed from painfully shy to just shy.

And it felt empowering.

From there I went on study abroad with BYU to Jerusalem. As much as I had grown to love Boston for that year, it wasn’t too tough for me to stick with my original plan to transfer. Jerusalem is a series of posts all on it’s own but suffice it to say, that was where the spark of the idea of going on a mission for my church perked up in my mind. I had never thought I would go that route before. But somehow in the midst of those ruins and walking the paths that Jesus walked my heart started to stir to think about that in the future.

The friends I made there became like my family and we transitioned into BYU all together for our sophomore year. Between high school graduation and my sophomore year I had met many kind, good boys. And I learned from each of them. There were late night religion talks with the drunk boys who landed in our commons room in Boston. There were the talks with incredulous boys at frat parties at BU who stood trying to pick up their jaws off the floor that I had never had alcohol before which led to some pretty funny conversations. I loved going to the winter formal at Harvard with one boy I thought was dreamy. There was one boy who read me poetry by candlelight and one I visited in Washington D.C.

But I was kind of excited about the prospect of the “mecca” of boys I had heard were available at BYU. The plan was to have fun there, get a semester of school tucked under my belt and head on an 18-month mission for my church.

Boys at BYU were divided into three groups as far as I was concerned: 1) really good friend boys who we hung out with constantly and even went on road trips with occasionally. They were older than we were and felt a little like our big brothers. 2) crazy-daters who were on a mission to go out with as many girls as they possibly could. Oh boy I was weary of those ones. They would pass girls notes in the library, ask out with some cheesy pick-up line in the middle of class, etc. And my problem was that I could never, ever say no because I didn’t want to hurt anyone’s feelings. And 3) our neighbors from the apartments upstairs who just made things fun. Game nights on the weekends, visits back and forth from our apartments, etc.

Of course, I wasn’t interested in actually dating any of those boys. They were all just friends or dating-die-hards I couldn’t come up with a valid excuse to say no to when they called. Until one day a boy in group 3 told me his friend had a crush on me. The one with the middle part with the “wings” of hair curling around on his forehead. The tall one. The one with the angular jaw jeweled with dimples and the kind eyes.

And then it dawned on me that that boy was actually pretty good-looking.

I was nonchalant about it until he didn’t pay any attention to me. Then I started to wonder. Was it true what his friend said? How could I find out? My interest was sparked. And each time I saw him I started trying to figure out ways to be with him…did we need to borrow an egg? When was game night? I started wondering about him: Why was the light on up there so darn late? What could they be doing? Which way would he be walking to class and what time? Would I meet up with him somewhere if I walked slowly?

I began to wonder if his friend made up that mumbo jumbo that he had a crush on me. He was cool as a cucumber. The exact opposite from the die-hard-daters at the library. And that was working for me. I was a sucker for the “game.”

Happy birthday to the man who makes everything...

“you can eat an elephant…just one bite at...

Aghhhhhhh! You left us hanging!

Funny – my friends and I went to Costa Vida yesterday and guess who was sitting at the table next to us?!? That dreamy guy you married. 🙂 Can't wait for the rest of the story.

AH! I'm hooked. I have to know how it happened!

OH Shawni…such a cute story so far. Can't wait till Chapter 2, even though I know how this story ends. :)And your post on Lucy yesterday left me in tears. You are so strong and so is she and I stand in awe at both of you…all of you, your whole sweet family.

Are we going to have to wait until next friday's Q&A for the answer? I hope not. I do know that it end, "and they lived happily ever after".

Hi, you don't know me, but I have a few questions about your faith. If you could please contact me, I would be very grateful. My email is SarahEMoses88@gmail.com Thank you and God Bless

How many degrees do you have? You mentioned Boston University, BYU abroad program, I'm assuming BYU and your daughter is named after Wellsley where you and your sister's went? That is a lot of schools.

lol I was driving down elliot this morning on the way to my kids 10:00am dentist appt and passed your hubby running with his friend. My first instinct was to roll the window down and yell "hey daaaaave!"

Ree, the Pioneer Woman, did the same thing on her blog with how she met her Marlboro Man. Loved reading that and I look forward to yours, too!

What a great love story! Thank you for sharing. The world needs more success stories like this to inspire folks to stay hopeful. People really DO stay married for the long haul. It is GREAT that you took the time to date more than one suitor…so when the right one came into view…it just made sense. Wise young woman you were. (I have no idea why that came out sounding like “Yoda”)

PS: Does anyone else feel like they won the lottery when Shawni answers a questions you asked? Looking forward to reading the rest.

You should post the rest of your love story soon! 🙂