April 8, 2014
The other day I was late to pick up Claire from gymnastics.
I was stressed because my friends were helping me out again to get Lu to swim team and I hate to be dependent on people.
I was wishing I could multiply myself and be at Max and Elle’s sports matches cheering them on and trying to coach Grace on how to put together dinner over the phone while I was gone.
My car was chock-full of “stuff” which was sliding around every time I turned a corner.  I was grumpy and on the verge of a freak-out because there were so many deadlines and things I needed to be doing right at that second in time.
I had a few questions for my flooring lady so I gave her a call.  After apologizing for bugging her after the office was closed she gave me a little epiphany:
She told me it was all good, she was all alone in her house just catching up on her “shows.”  When I laughed and told her what I was doing right at that second and how dreamy to be alone at home sounded, she told me she hated it.  She missed those grown up kids of hers more than she could say.
She told me she’d switch places with me in a heart-beat.
And right then and there I realized I better buck-up.  Because these kids of mine are going to grow up all too soon.  And I won’t have stuff like this going on all the time to keep me occupied 🙂 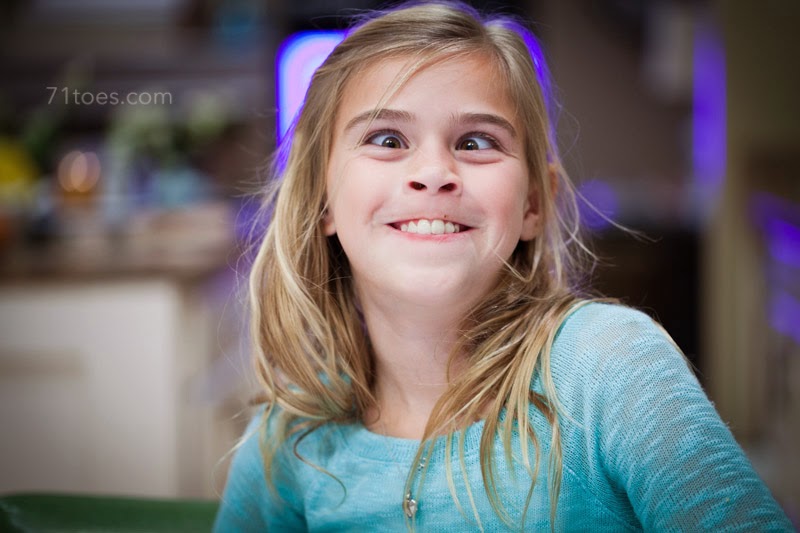 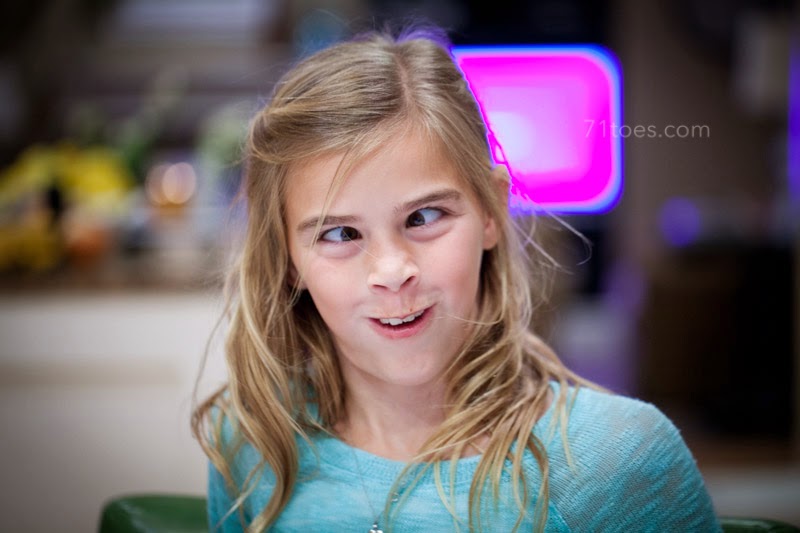 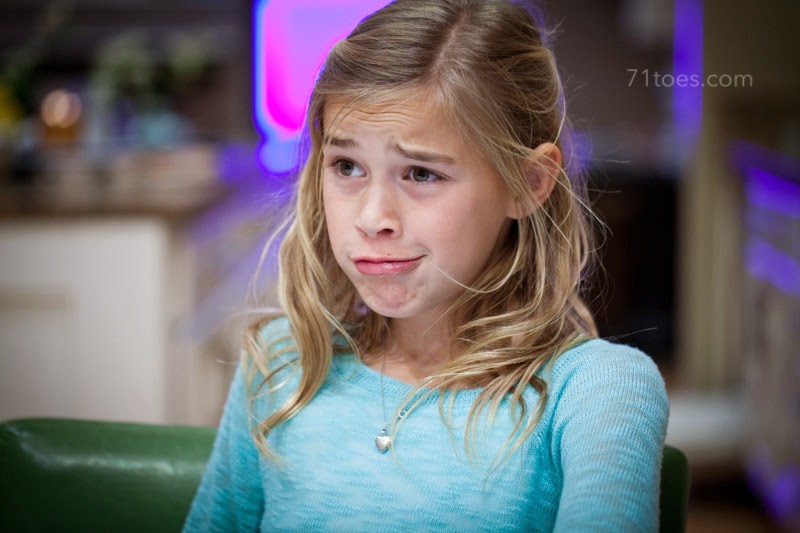 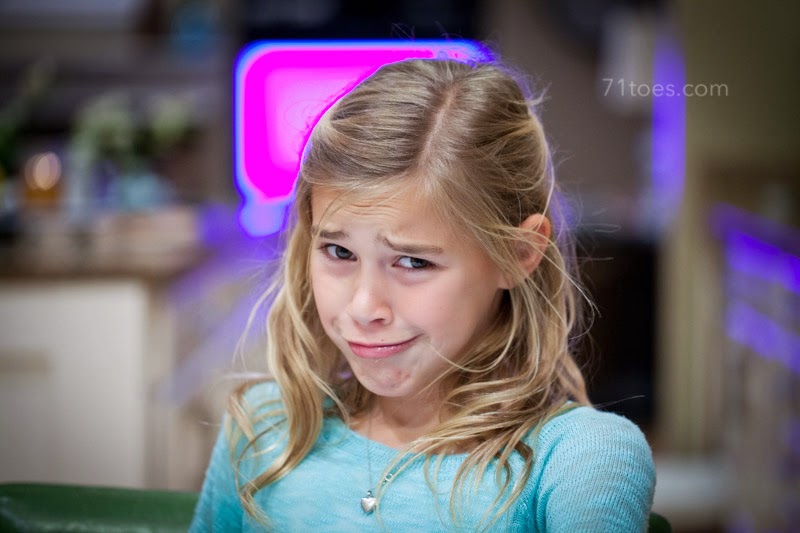 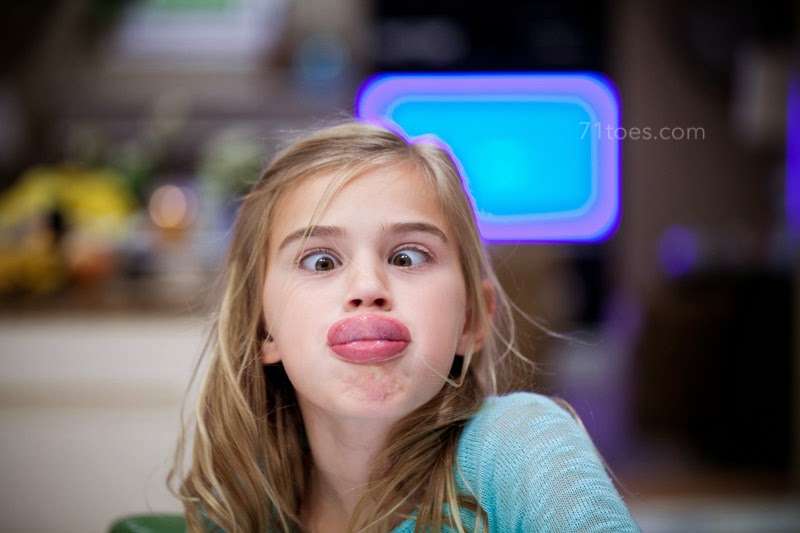 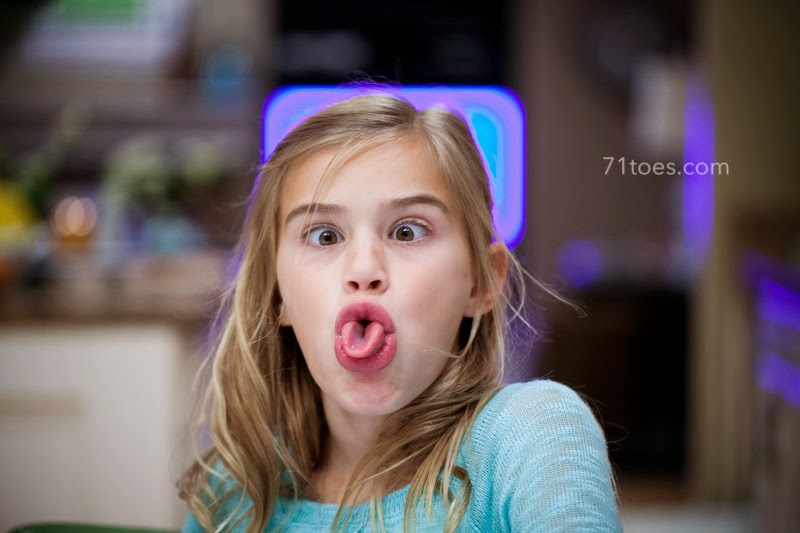 Perfect. I needed this reminder today. I am going to buck up and be so glad I have what I do! Thank you. 🙂

We just have to remember to cherish our present moments.. Even I am learning to do so…
Your daughter is so hilarious.. How did she do her mouth like that 🙂
I wish I could take pictures of my son like you…Just learning to take but it seems to me that it will take ages by the time I learn to take pictures with my DSLR.

I had a similar thought the other day: I was busy and running around doing a million things for the kids, and it just hit me: this is IT. This is what it's all for, to raise these kids, with all of the craziness that entails. There will be time to relax later!

Amen sister! Seriously, life is SO good. Thanks for the reminder.

Indeed. My oldest is just getting ready to leave the nest this summer and it's so tough on me, yet exciting for her. Life moves quite swiftly. We must enjoy all it has to offer!

Thank you for the wonderful reminder, and I LOVE the photos of Claire! What a character and what a beauty!! xo

claire is THE best. seriously, that girl has so much personality. can't wait to see her and all of you so soon!

Those photos of Claire are funny!

Oh, thank you! With 4 kids, ages 5 and under, this was just what I needed to read today. You are lovely and seem to be an incredible mother.

That is so nice of her to remind you. We all need those reminders! Thanks for sharing.

Thank you! I was feeling this same way yesterday. I need to remember that they are only young once.

I'm in the same place as your flooring lady and, yep, I hate it too. I had my last baby at 30 so the empty nest came way too fast. Sounds great to have a house that stays clean, fridge that stays full, and I can do whatever I want, whenever I want but it's lonely and, if I could, I'd be 35 with a house (and car) full of kids forever.

I'm in the same place as your flooring lady and, yep, I hate it too. I had my last baby at 30 so the empty nest came way too fast. Sounds great to have a house that stays clean, fridge that stays full, and I can do whatever I want, whenever I want but it's lonely and, if I could, I'd be 35 with a house (and car) full of kids forever.

LOVE this!! I can totally relate, and I also think about how I am going to miss this stage of life when my kids are all grown up!

Cuties! Both mother and daughter!