June 26, 2014
Clear back on June 3rd.  (His actual birthday post is back HERE.)
I figure I better get on the ball and post these pics since we have another birthday coming up tomorrow. 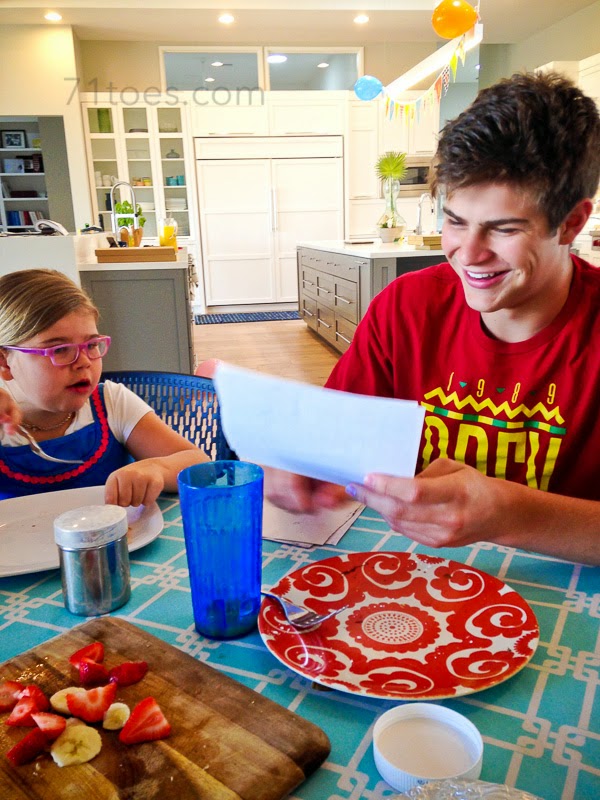 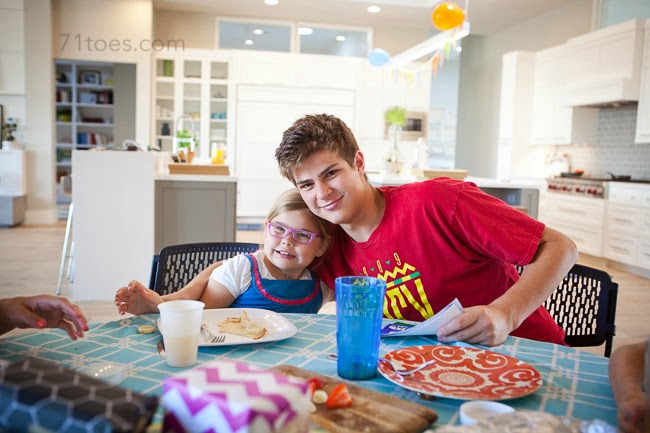 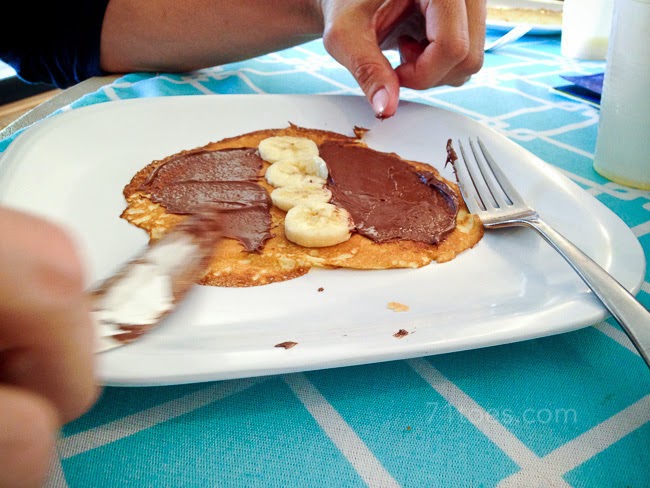 This is a total blurry picture but I had to post it.  Claire made a little scroll with the chant his volleyball team does when he does something good in a game. 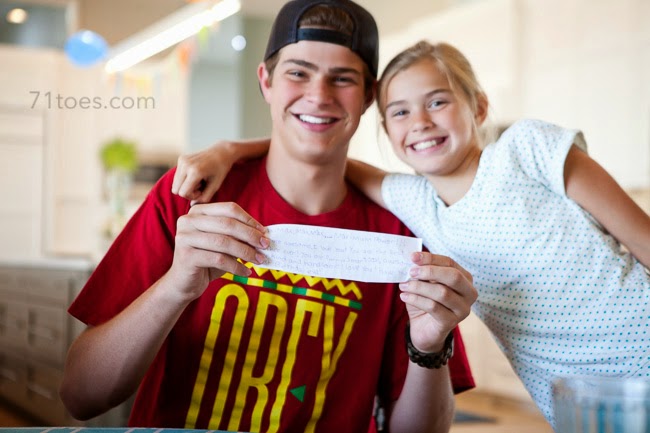 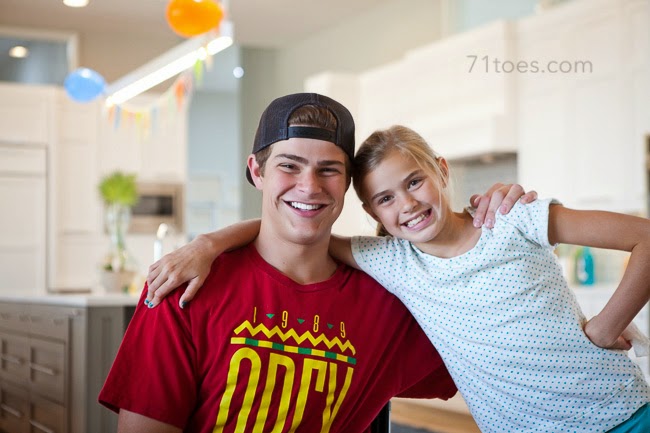 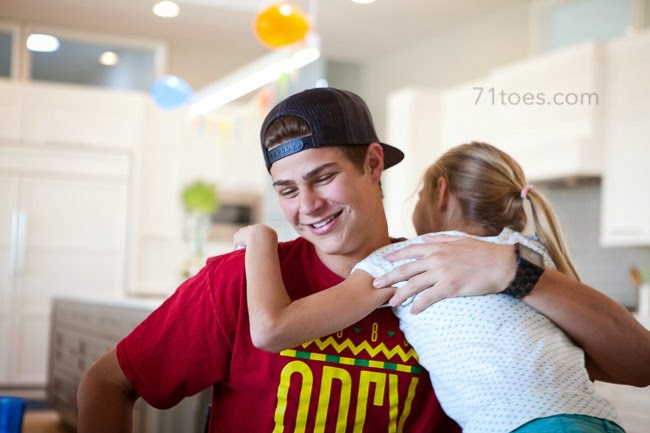 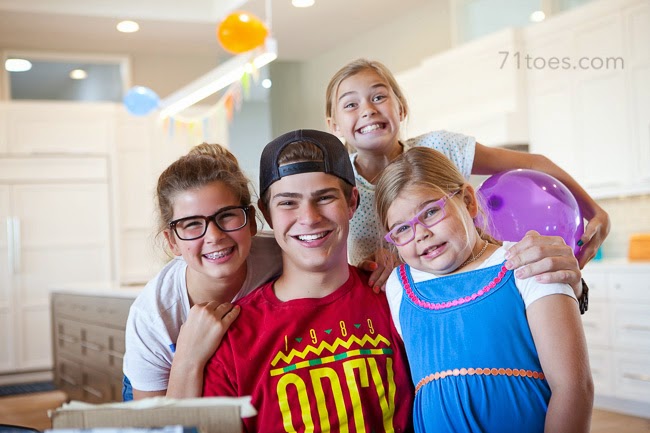 And when three little girls adore you that must mean you’re pretty good. 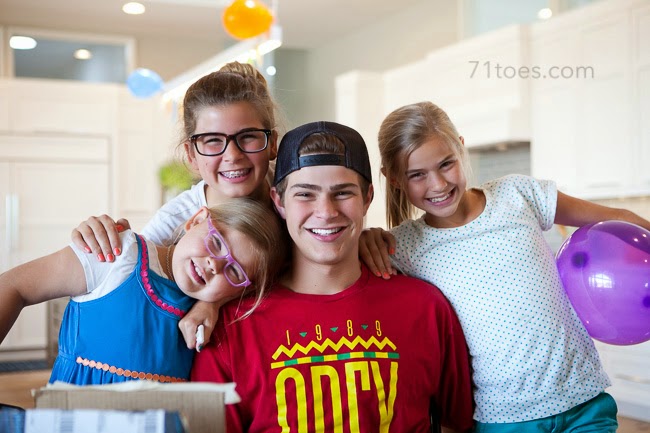 For the life of me I cannot remember where in the world Elle was for breakfast…
Max and I started a new tradition last year:
We go shopping together.
I know that sounds weird, but not really when he has to buy his own clothes.  He’s smart enough to know that a shopping trip will result in some good birthday presents so he eats up a birthday shopping trip.  And of course, his Mom eats it up as well to get to spend a few hours with just him.
He cracks me up with some of the things he wanted to try on: 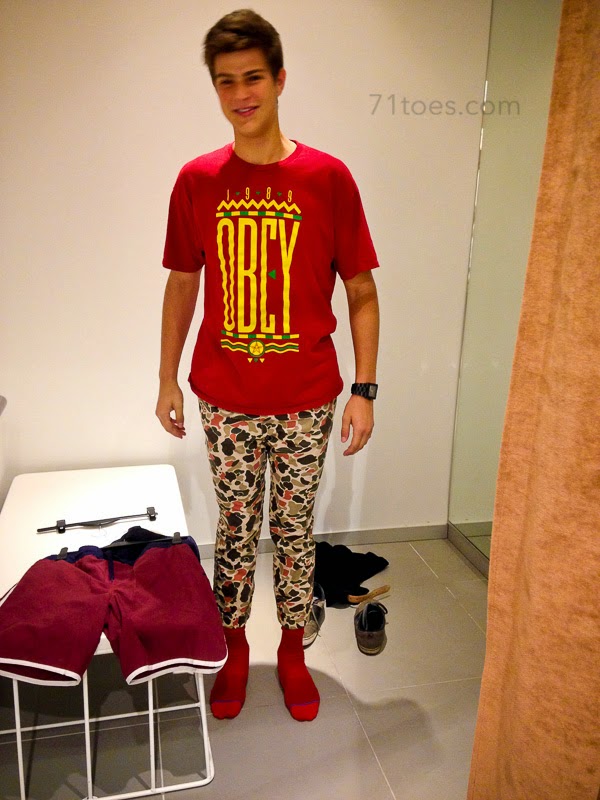 And no, he did NOT buy those although he would have loved to.
That kid likes to wear crazy stuff.
Out of all the places he could have chosen for dinner, he chose In and Out. 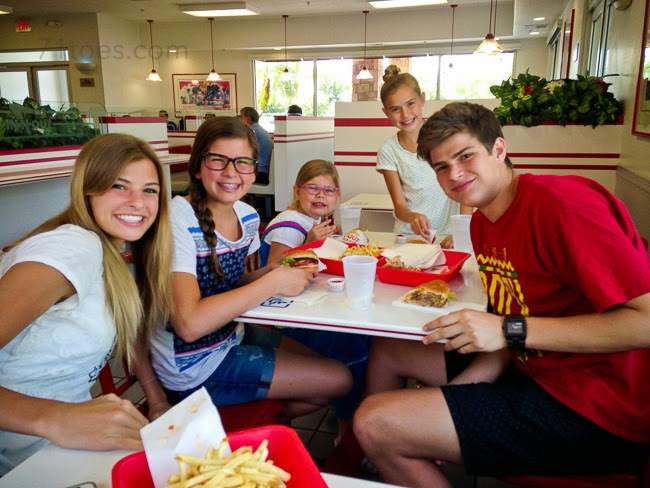 And then it was off to volleyball for that birthday boy.
Speaking of volleyball on a birthday, last year when he was at volleyball on his birthday was the big year when we pulled off his sweet-16 surprise party (back HERE).
Although can you really say “sweet-16” party when you’re talking about a boy?  I’m thinking probably not.
Those neighbor’s who’s home we used for the party last year are now our REAL neighbors (since we finally moved in). The whole family came to bring him a gift. 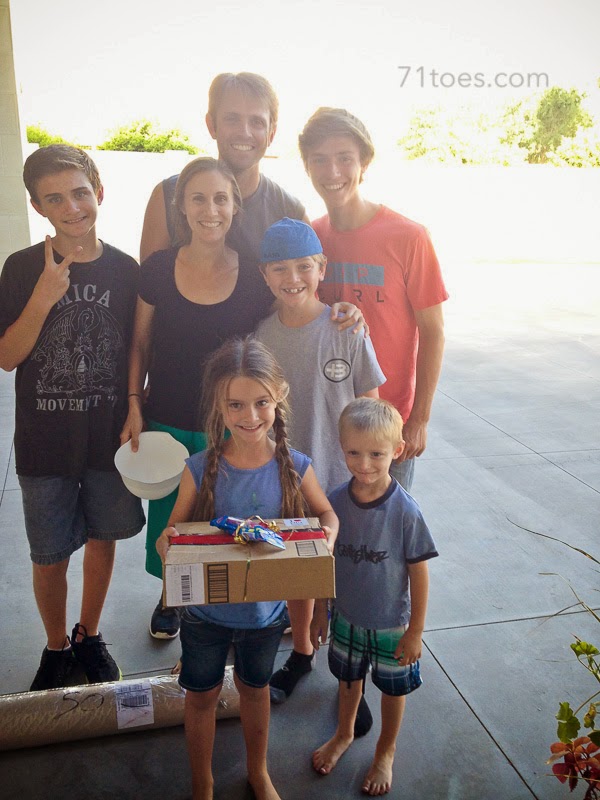 They missed him but seriously, I do think we have the best neighbors ever.  Not because they came bearing gifts, although that sure is nice, but because just look at them.  They’re awesome. 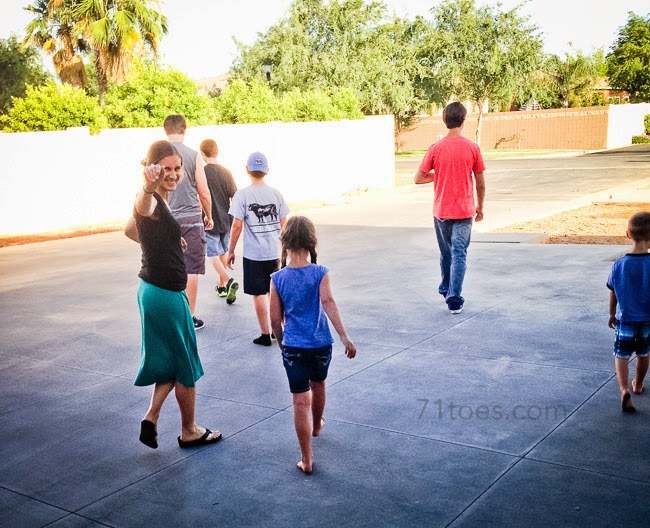 Awesome enough that they went to India with us (HERE).

Ok, I digress.  After volleyball we talked that son of ours into having some friends over. 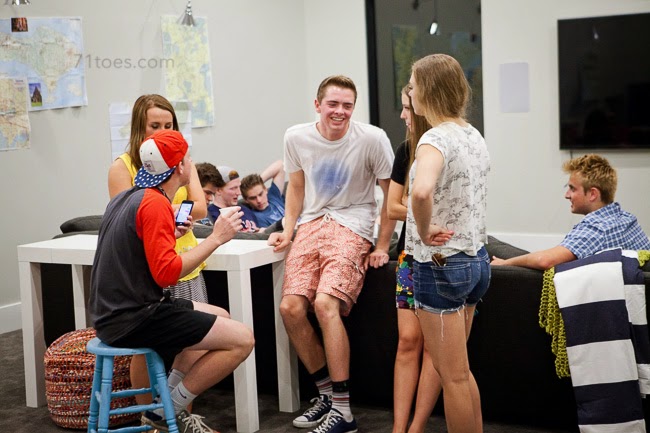 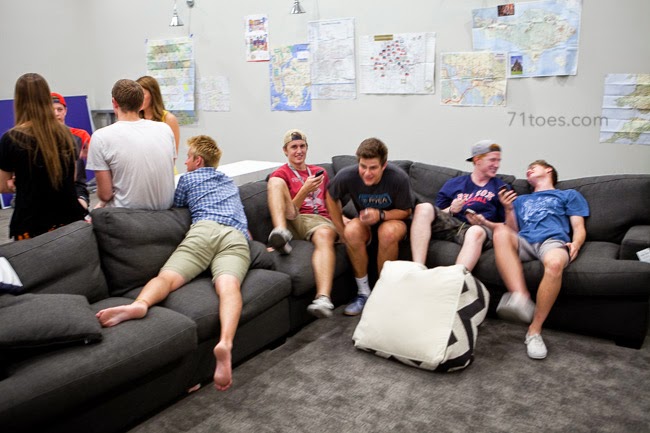 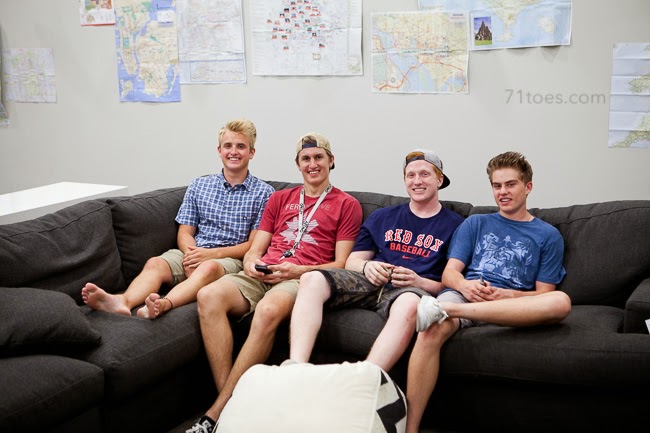 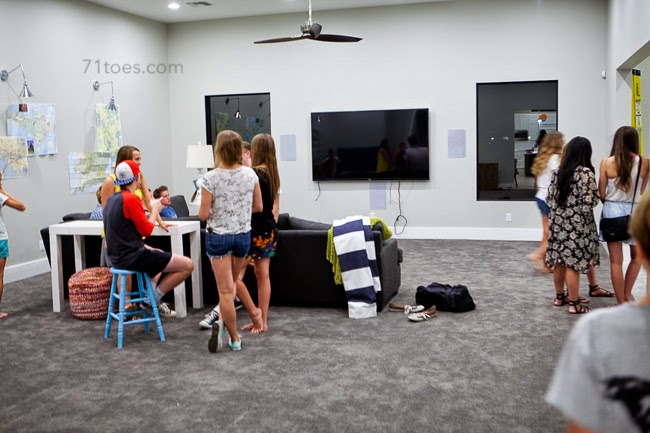 Let’s end this little birthday re-cap with a pic. of this style-savvy kid of ours: 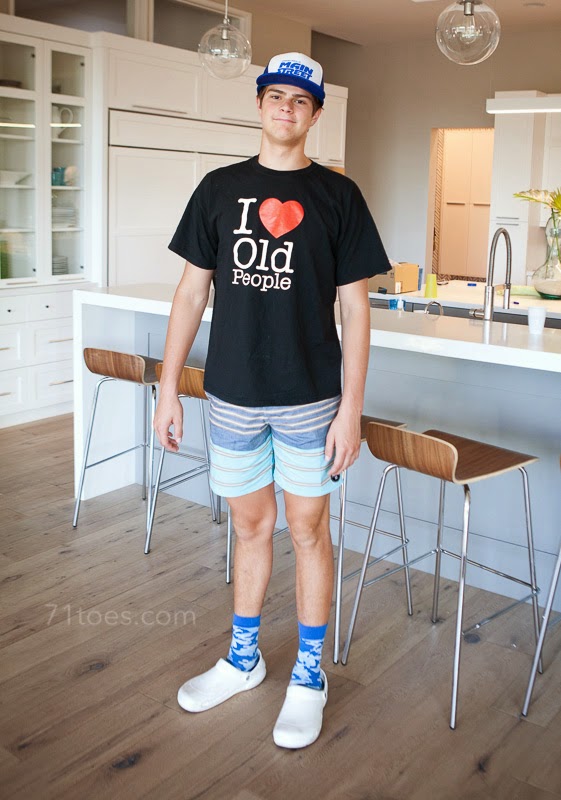 Ha!
He would want me to point out the “amazing” white crocs he scored for $6.50.
He makes me laugh.
Love that kid.
6 comments
0
FacebookTwitterPinterestEmail

college kids are fun and some volleyball excitement

I love that he is confident enough to have his own rather unique style. Those crocs are hilarious

I love the idea of going shopping together. What a neat way to spend one-on-one time together. Thanks for the fabulous pics.

Count your many blessings for good, true friends for your son. Our 15yr old son had an experience at church on Sunday that brought home to him (and to us) that he has no friends in our ward/neighborhood. It's been very heart breaking, especially when he thought they were friends, they all attend the temple weekly. Not sure what is going to happen with that now. Be grateful for good friends!!

Someone needs to take Max to a thrift store!! He'd love it, it is cheap, and weirdness abounds!!

Where do you find long enough shirts for that boy?! My fiancé loves the "Old Navy" style V and Crew necks, but he is 6'6 as well and it is impossible to find shirts for him without a midriff peep show.