So excited for them and don’t you just love that picture with NYC in the background?
Love.
Can’t wait to give him a little snuggle some day.
Not to mention that my sister and her husband called to touch bases that they were safe and well still hiking the Himalayas after the earthquake in Nepal and a lot of prayers and worrying on this end.
That’s an eventful week.
Which makes the events here our neck of the woods pale a little bit in comparison, but boy, there were some pretty exciting things happening here as all that was swirling around out there.
Elle and her doubles partner wrapped up the regular tennis season and went on to state tennis. 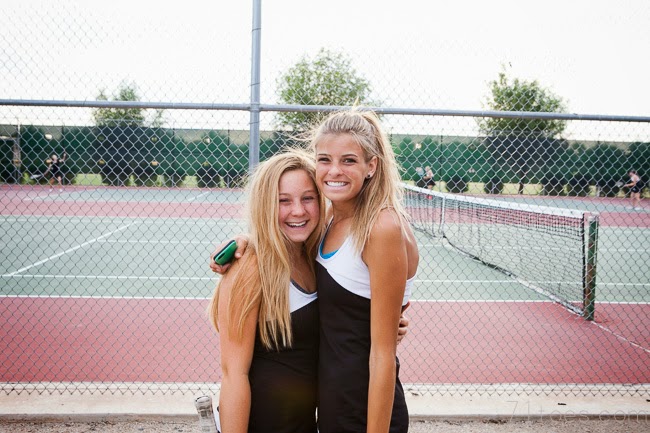 They had a bye the first round since they were seeded, and of all days to have rain in the desert that happened to be the day.  So they played under the lights as Max played one of their toughest opponents in volleyball on the other side of the valley (far, far away).


It was so exhilarating for Dave and I to be sitting on the sidelines of Elle’s to warm up (delayed due to the rain delay) watching the score keep bleeping through on my phone from a friend who was at the volleyball game.  I have to set the stage for a minute:
In volleyball you play best of five games.  We lost the first two and were behind 21-23 in the third.  Two points and that team would have beat us.  But we got four straight and took the third game, then went ahead and won the fourth and this was the tail end of multiple strings and strings of text messages in our little “group” of moms: 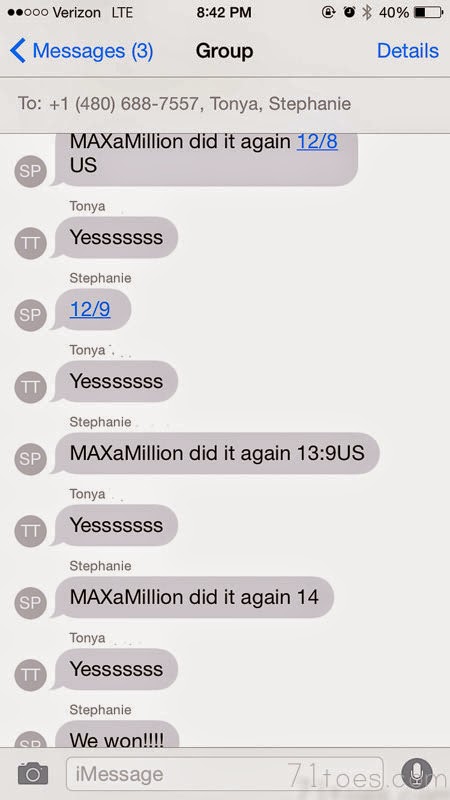 (The fifth game tie-breaker only goes to 15 points.)

Oh man that was fun.
Someone we don’t even know on the sidelines happened to get this video of one of Max’s kills:

Right as that all ended Elle started her match and although there were some intense parts they took it in two sets. 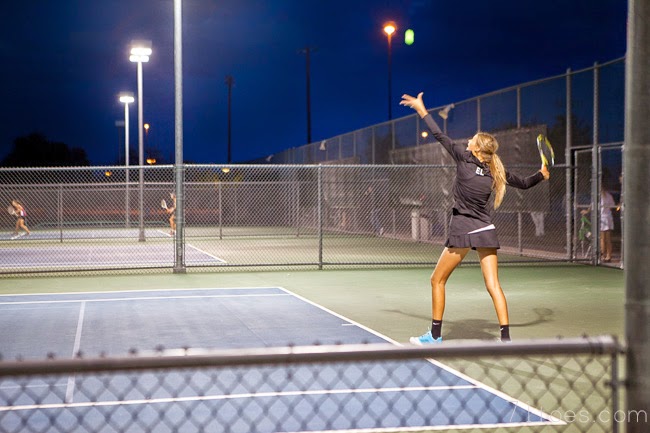 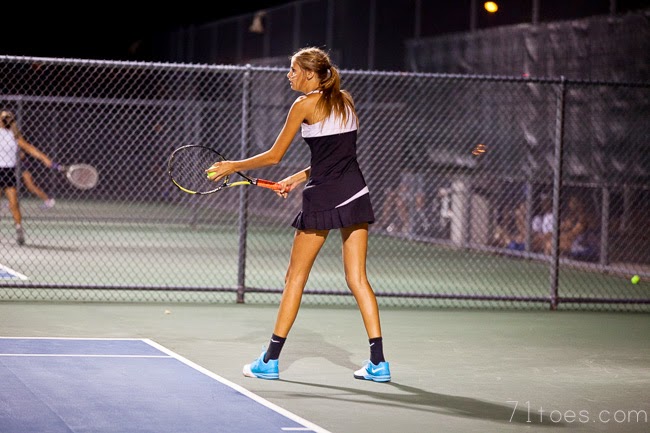 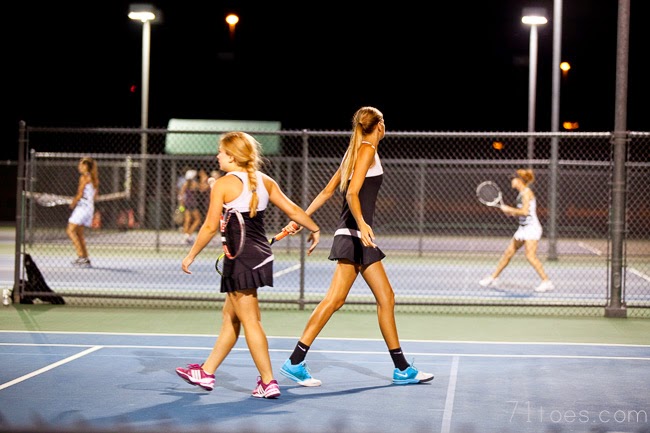 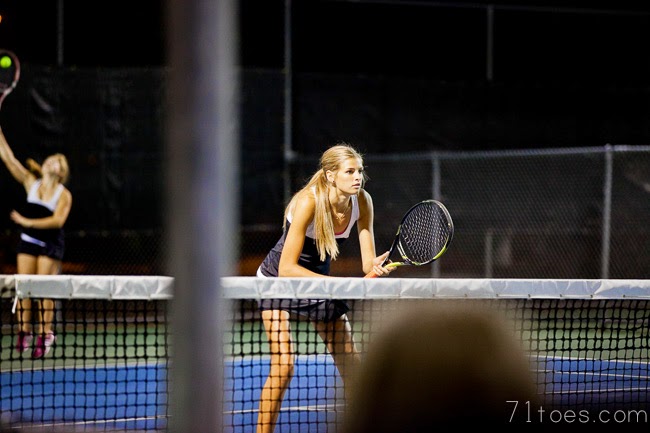 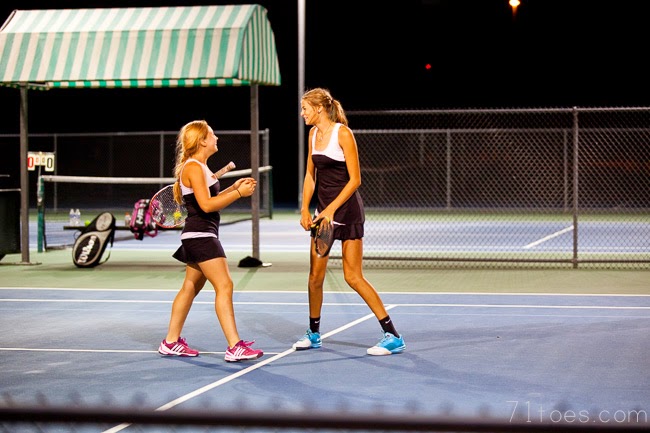 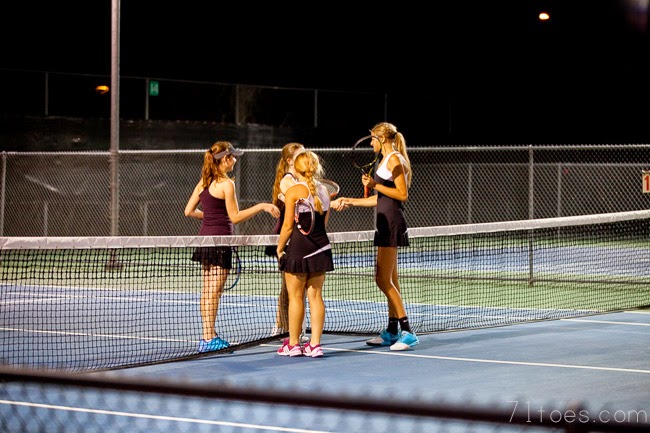 The next day (Saturday) was when the real tennis magic sunk in in the next round of state doubles.
And it’s interesting we were playing the exact same school Max and his team had beat the night before. 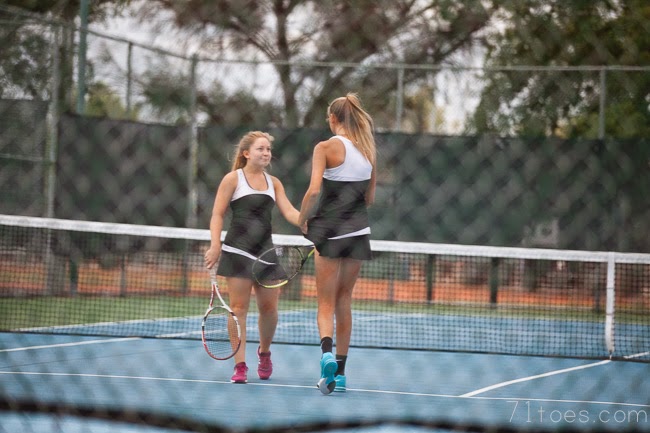 These guys lost the first set 1-6.
Yes, it was bad.  That other team was GOOD and we weren’t really on our game…yet.
These girls came back in the next set and it was 4-5 for the other team.  We came back from two match/set points to win the second set in the tie breaker and then won the next set to take the match.
Oh boy it was intense.

Have I mentioned how much I love high school sports? 🙂
So fun that Max wasn’t playing volleyball at the same time for once and could actually come watch this one and cheer his sister on. 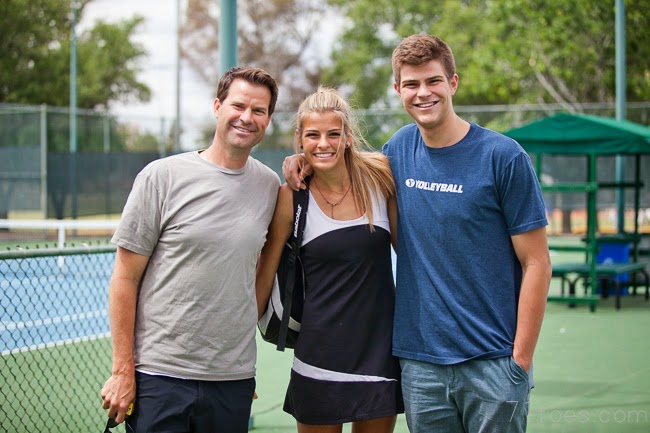 The girls and their great coach: 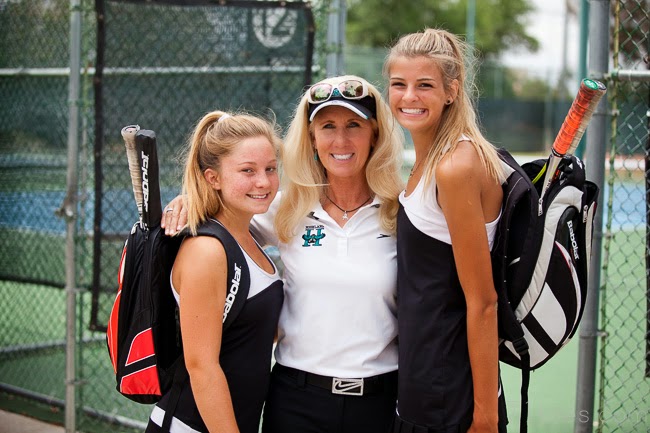 Us parents have so much fun on the sidelines.  Thanks Elle and Emma for providing us so much entertainment 🙂 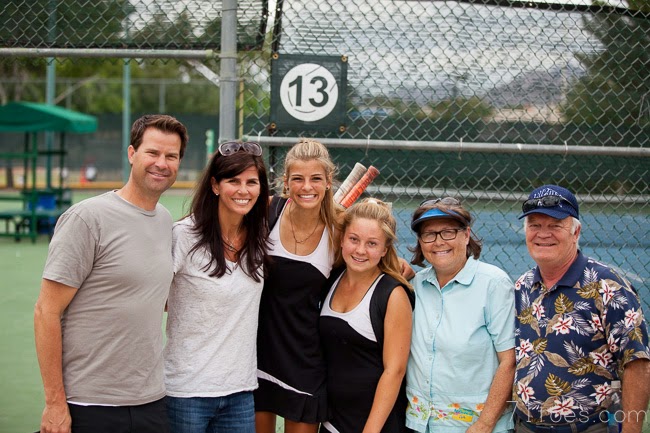 These two played together in state doubles last year too.  Next weekend they play in the quarter finals.  And it’s team state this week too. 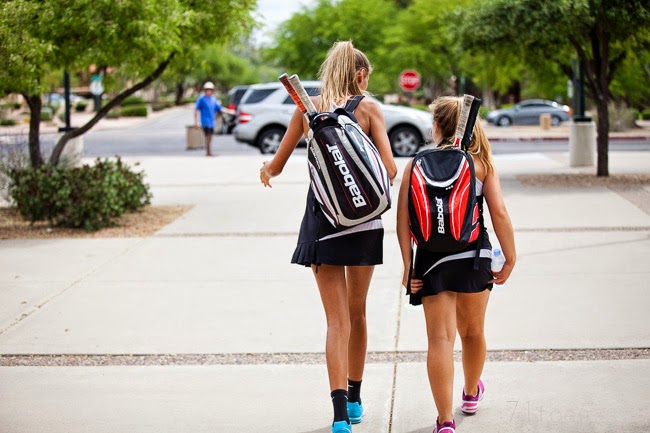 Excited to see how that all pans out.

And can you really leave a place that has some pretty gorgeous cacti and not take a picture? 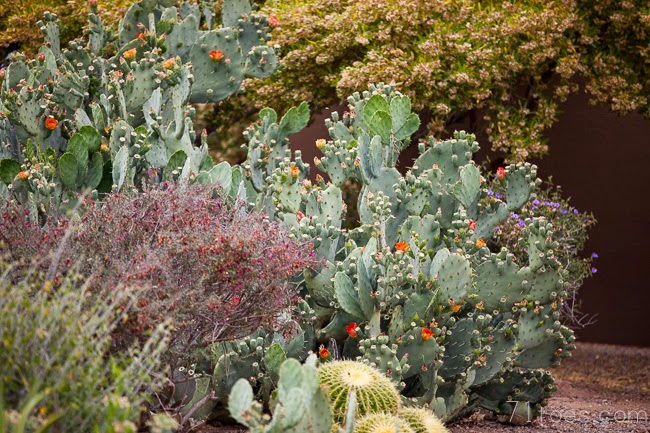 I think not.
After that these two took off to create their own “Father and Sons” (they had to miss the one our church was doing the night before because of Max’s volleyball game). 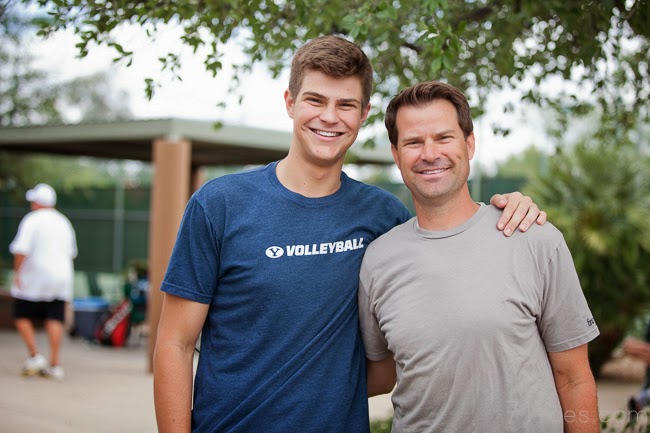 They went to catch a BYU volleyball game (they’ve been trying to make it to one all season) and had such a fun time. 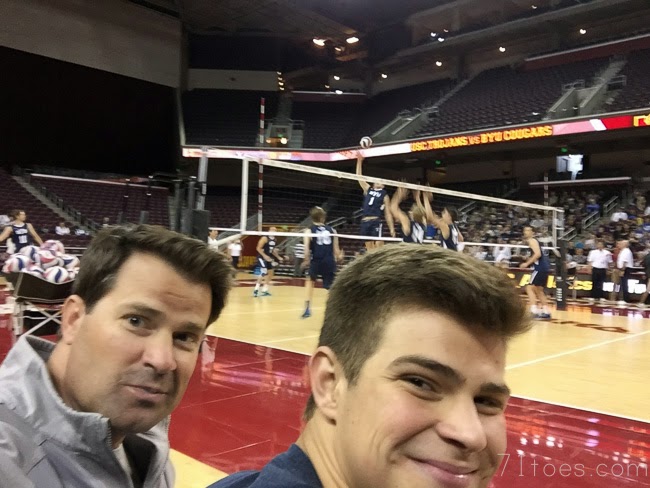 Oh boy are we ever trying to live it up with this boy before he graduates!
In other significant news this week, Lucy led the pack on our first family bike ride for Family Home Evening.
This really should be a post in and of itself because I don’t know how to explain how that filled up my heart to overflowing to watch her so confident and happy leading us through the neighborhood and how long in the making that culminating event took to get to. 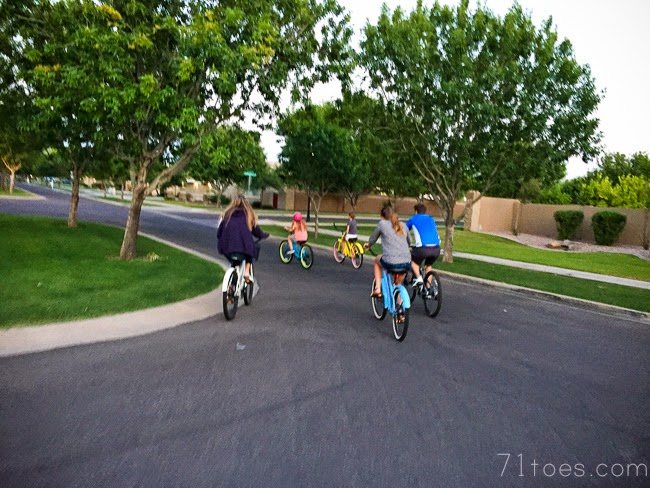 (I know there will be many worried that most aren’t wearing helmets but we didn’t have any…we’ve never been able to ride all together before although it’s been a dream of mine for a long time so we weren’t overly prepared but we better get that way because man that was fun.  Please rest assured that we were extremely careful.)


Sometimes you don’t realize how amazing something as simple as a family bike ride can be until you have a child with some disabilities who works her (and her Dad’s) tail off to make it happen.

Lucy and I got to go to the Butterfly Wonderland for a field trip this week too. 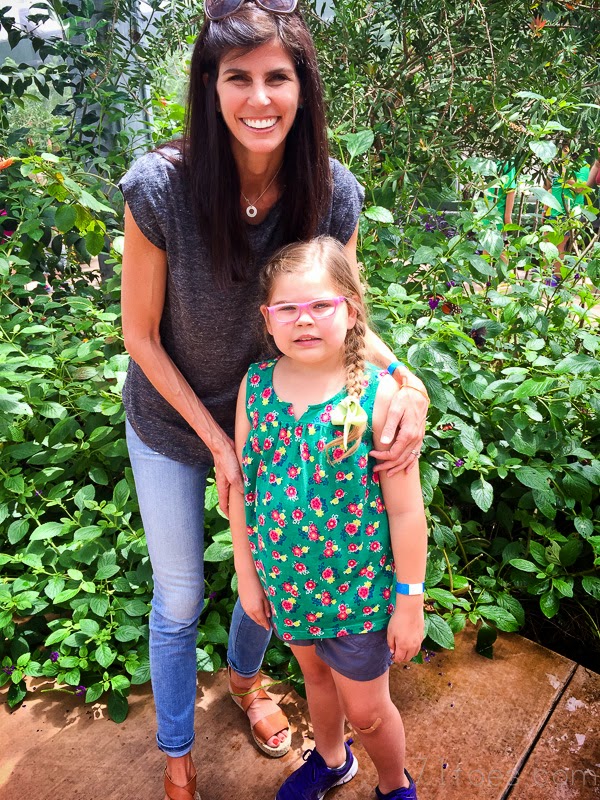 After a LOT of patience she finally got a butterfly to land on her in the end (thanks to a butterfly whisperer friend…thank you Megan!!)

Claire got a special leadership/good grade award at her school: 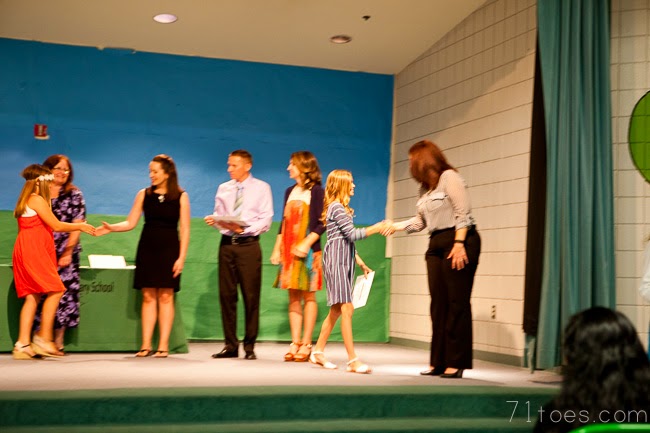 So proud of her and all the hard work she puts into her school work. 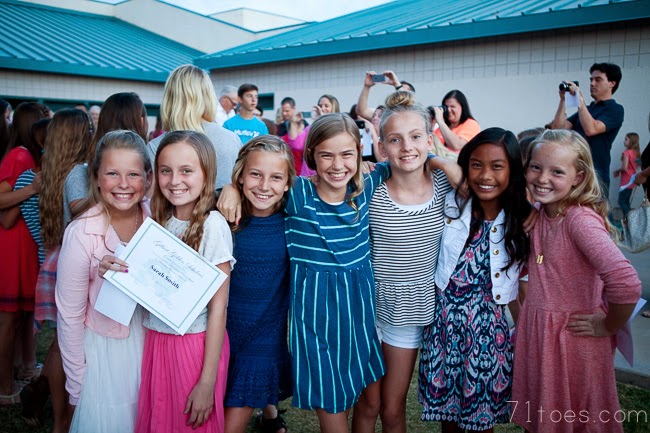 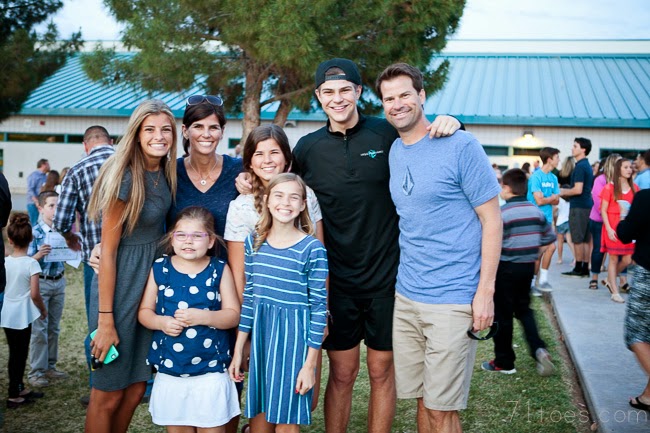 Grace and her friends had their own hair salon and got each other all talked through how the first week of high school will go next year. (Yikes!) 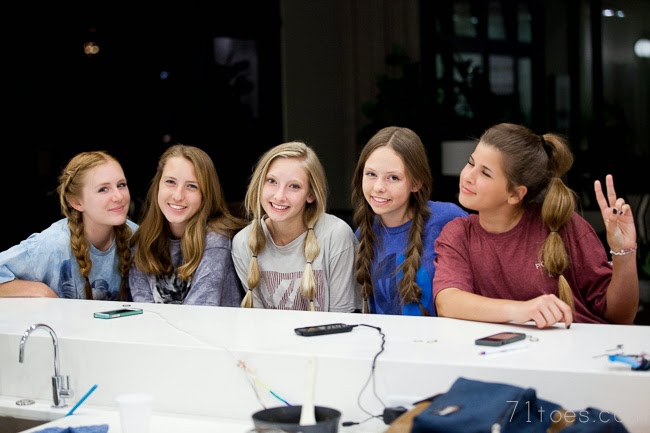 Grace also helped make food and babysat through all the sports hoopla…SO grateful for this girl! 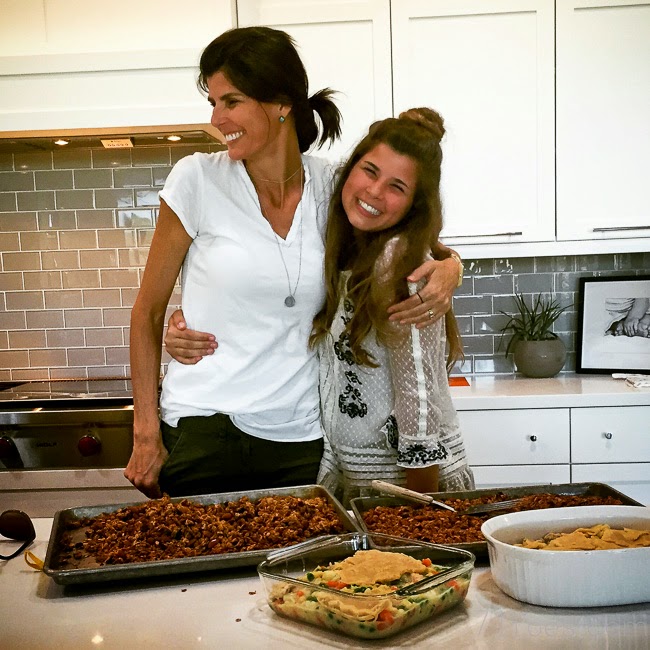 (That was our chicken pot pie and home-made delish granola (HERE).

And I walked around with this beautiful thing on my ankle since I did something to it (who knows what) and it swells up to the size of a grapefruit by the time I go to bed every night. 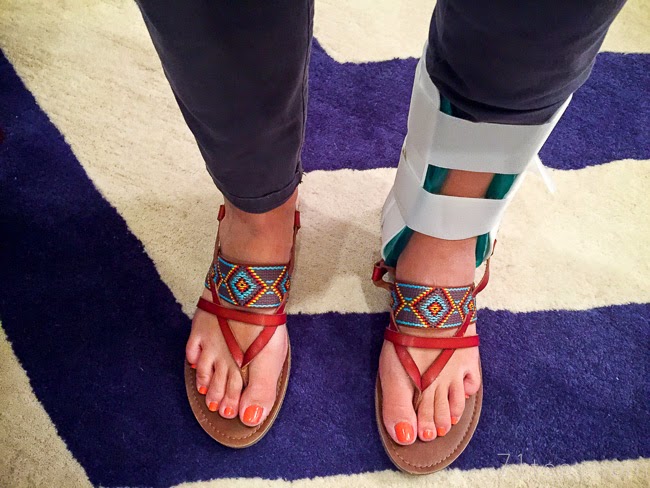 What a week.
I’ll save more of the “little things” because there were a lot of them intermixed amidst these bigger ones, but boy, all that chalks up to a lot of excitement around here last week.
Life is good.  And full.  And crazy.  And I’m so grateful for it all mixed up together.
12 comments 0 FacebookTwitterPinterestEmail

Charity and Ian are SAFE

I'm so glad for all the happy success and fun your family enjoyed!

Just saw this cool exhibit and thought about your Lucy:
http://www.pbs.org/newshour/bb/art-exhibit-lets-vision-impaired-visitors-touch-masterpieces-madrid-museum/?utm_source=facebook&utm_medium=pbsofficial&utm_campaign=newshour

I can see you sure don't live in Utah…Ellie's tan is epic!!

Shawni. . please please .. for the love of mankind tell me any tips for girl pre teen drama and hormones.. I want to stick my head in a gas oven!

Love your shoes! Do tell where you got them. ….

My son played against Max at the Best of the West tournament and we saw them at the USC/BYU game on Saturday. My husband looked at me funny when I tried to explain how I "knew" them from reading your blog 😉

I have those cute sandals from Target 🙂 Even though your foot is swelling, as least your footwear is on point! 😉

I swoon over that rug every post. I"m just saying…..its awesome.

I hope you are careful with your kids and their sun exposure. Sun damage is so much worse when we are young. I loved the sun when I was young and now I am 30, but look more like 45. I wished my mom had told me, warned me. Now, I do everything I can to protect my children's beautiful skin.

WOW! So happy to see all this. High fives to Max-a-Million and Elle! Those kids rock! This has been an amazing week at for Eyrealm!

Shawni, your family is delightful!

I'm exhausted reading that….but you always manage it!!! I love Elle & tennis~reminds me of highschool so much & makes me want to play again, but pacemaker drives everyone else nuts! Maybe if I'm gentle ☺ Glad for all the happy news!