On the blog today are some thoughts about the beau

August 18, 2015
I’ve had some pictures on my computer ready to blog for a year from Grammie Camp last year.
Somehow China got in the way of finishing that up.
So I figure now is just as good a time as ever to sing praises to my dear mother, who puts lots of work into this each year. 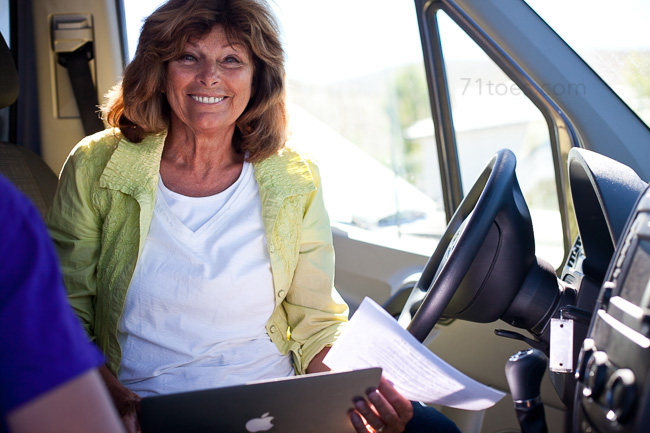 She decided long ago that since we all live all over creation, she wanted to utilize the time she got at Bear Lake to actively build the grandkids.
So she sets aside an evening with each “group” while we’re at the lake each year to tell them about their ancestors and share her love of art and music and scriptures.  This little plan for last year will give a little snippet of an idea how awesome she is: 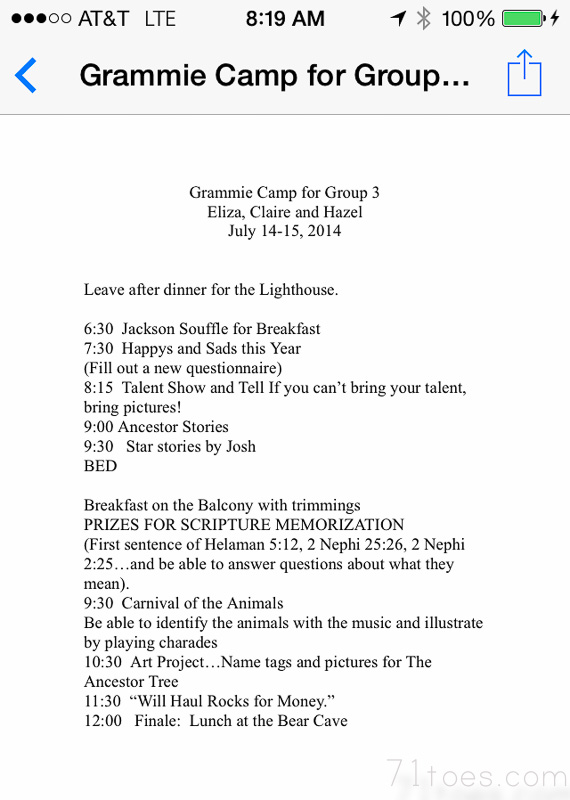 They have learned to adore art as they’ve painted and learned about the masters from my mother.  They have learned all about beautiful music and famous composers.  I swear they know more than I do about our ancestors.  And every time anyone reads or quotes Helaman 5:12 every grandkid in the Eyre clan perks up and smiles really big.  They know that thing like nobody’s business because of Grammie Camp.

Here are some pictures from last year:

She fills them with stories of people who’s blood runs through their veins.  They know all about their Great Grandma (her mom), who’s grave they visit each year. 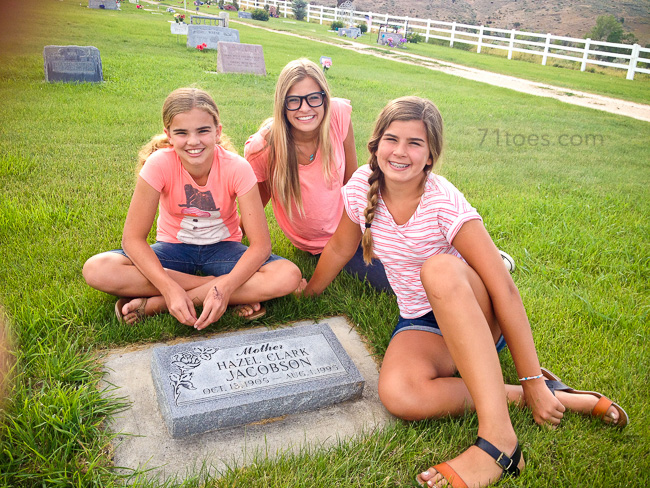 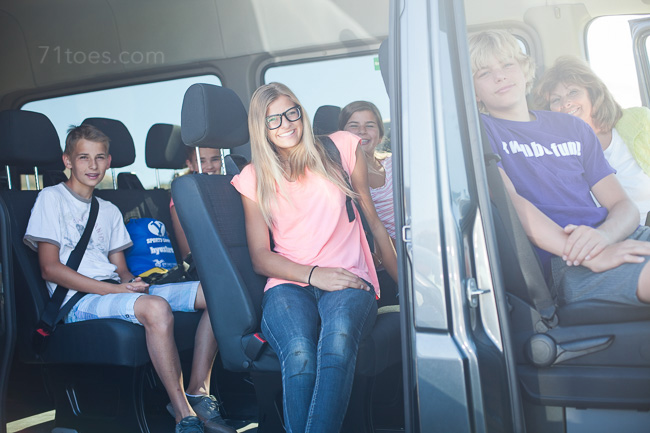 They visited the house my Great Grandma built with her husband… 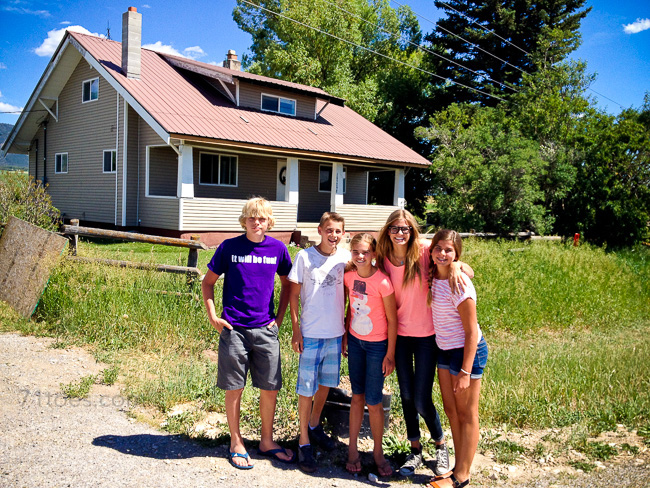 (Max missed out on everything Bear Lake last year since he was in China for his internship.) 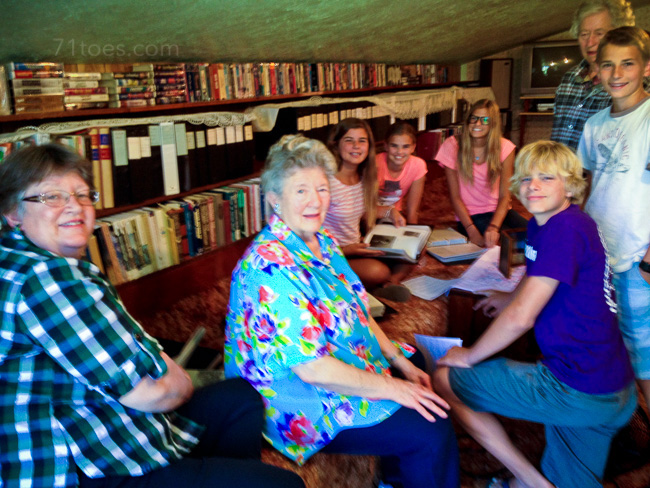 …They also visited my Mom’s cousin who had all kinds of journals and scrapbooks to show them, and even did some yodeling for them 🙂

They learned so much about my Grandma who was a school teacher for many years in that area. 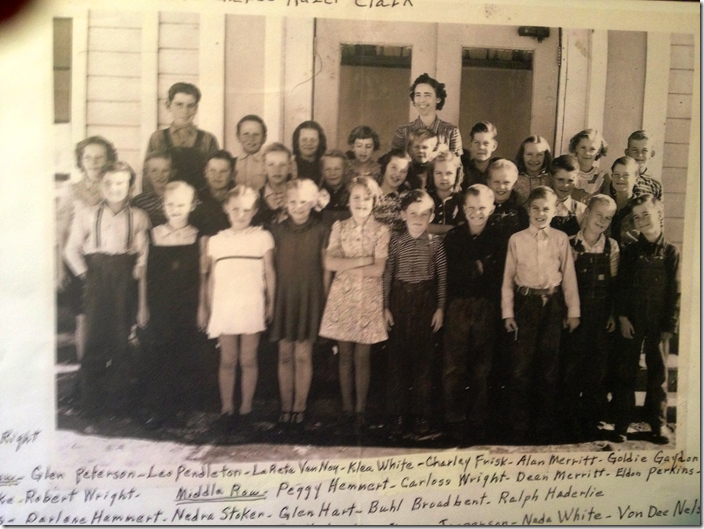 She passed away shortly after Dave and I got married and was such an incredible lady.  So grateful my kids know so much about her even though they never got to actually meet her.

Many more details about last year on my mom’s blog HERE.

This year was pretty great too.  I don’t know how this mom of mine keeps up so well with all 27 grandkids but they all know they are pretty adored by her and I love that.

Here’s “group 1” heading out on their little camp.  They had to divide into two nights to accommodate for all the comings and goings at the lake after the reunion this year. 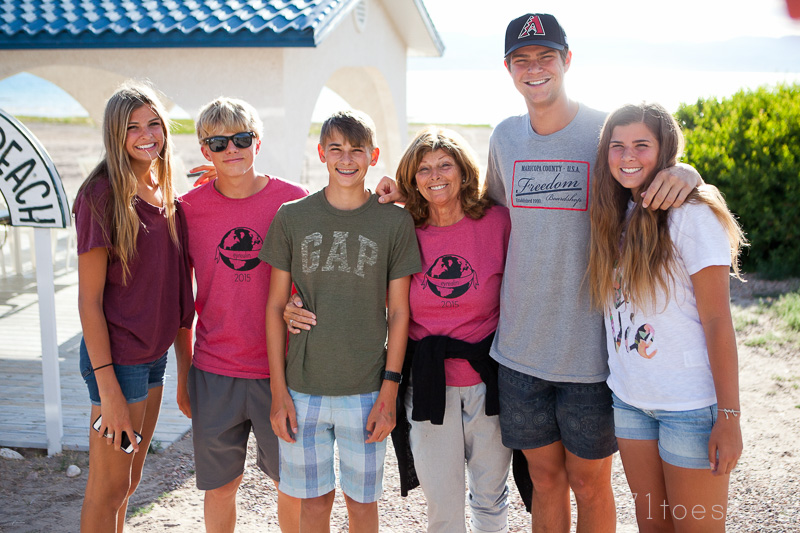 They went out to eat, 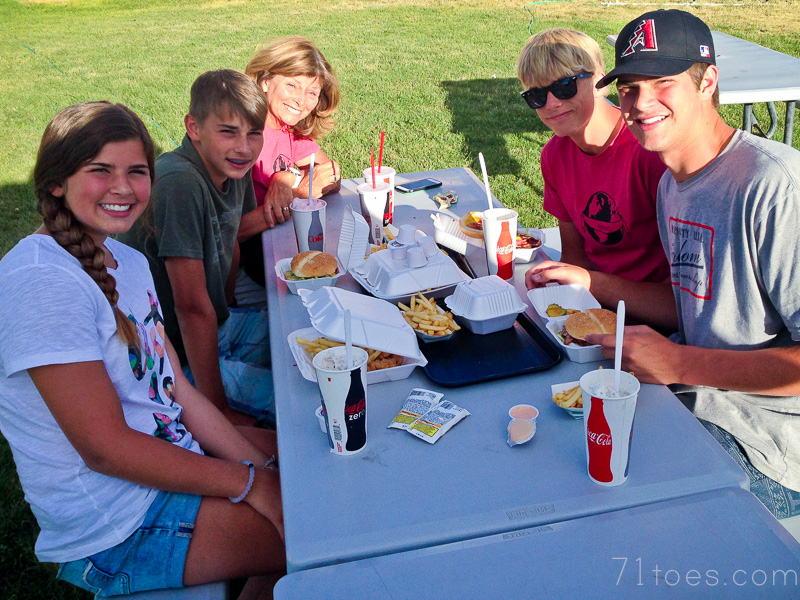 …and saw this year’s rendition of “Bandito” (a great play they put on every year on the other side of the lake in Pickleville (yes, it’s really called Pickleville…love it!) 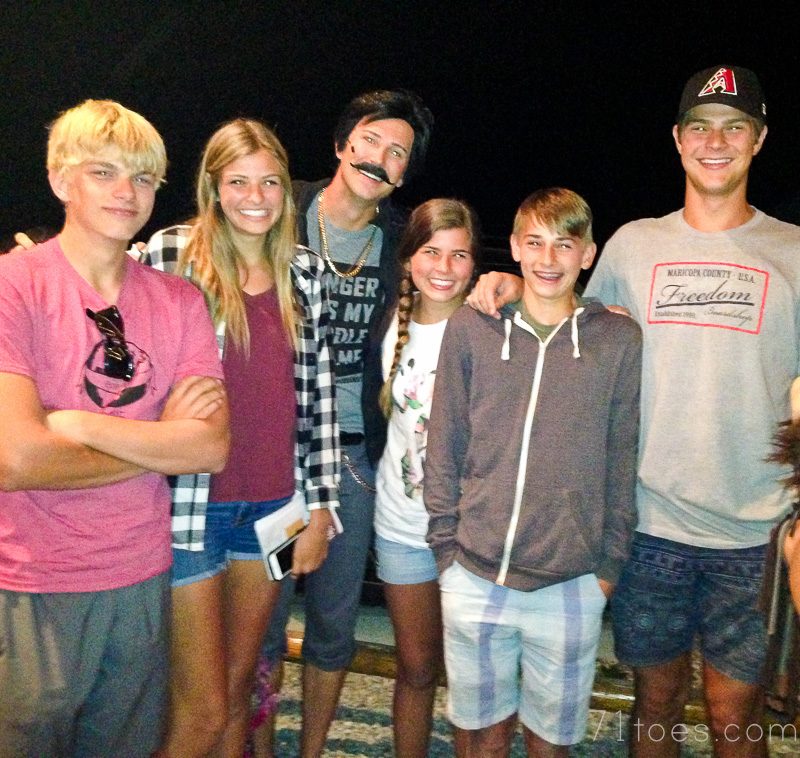 The other “groups” of Grandkids had some pretty great camps this year too.  My brother Josh helped with the little kids again…taught them all about stars and constellations late at night and also helped them with their rockets my mom decided to do with all of them this year. 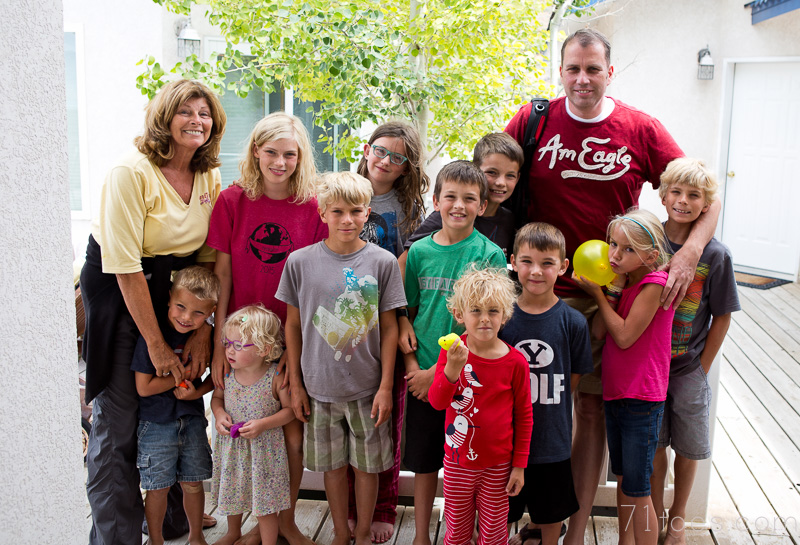 She combined these two groups this year and these girls all had so much fun. 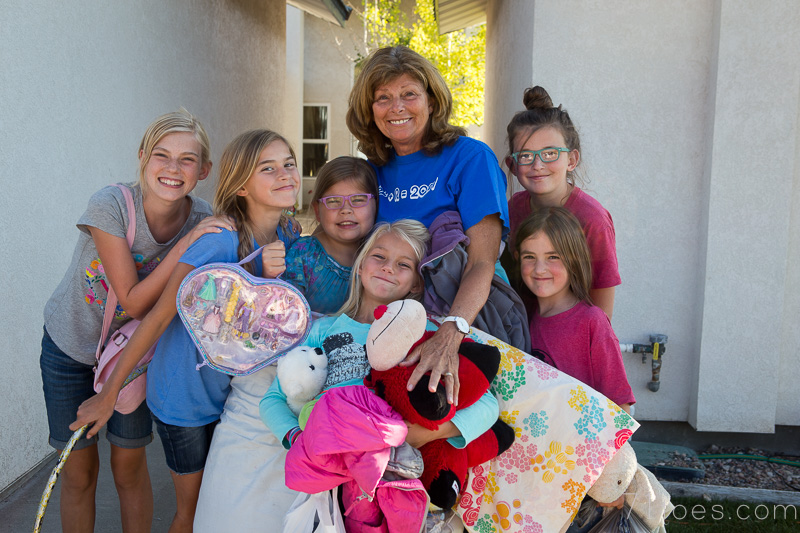 My favorite thing they did this year was “Grammie’s Classical Music Challenge.”
She sent them each a classical playlist well before Bear Lake and challenged them to memorize the names and composers of each for prizes during Grammie camp.
Oh my word did these kids ever take that challenge to heart!  It was amazing how they could whip out all that information as they listened.  I learned a ton too as we practiced during some of our drives.
She did this with all the “groups” but I only have pictures of the girls since Lucy wasn’t feeling too well and I went up to check on her.
Here are some of the answer sheets for the musical challenge: 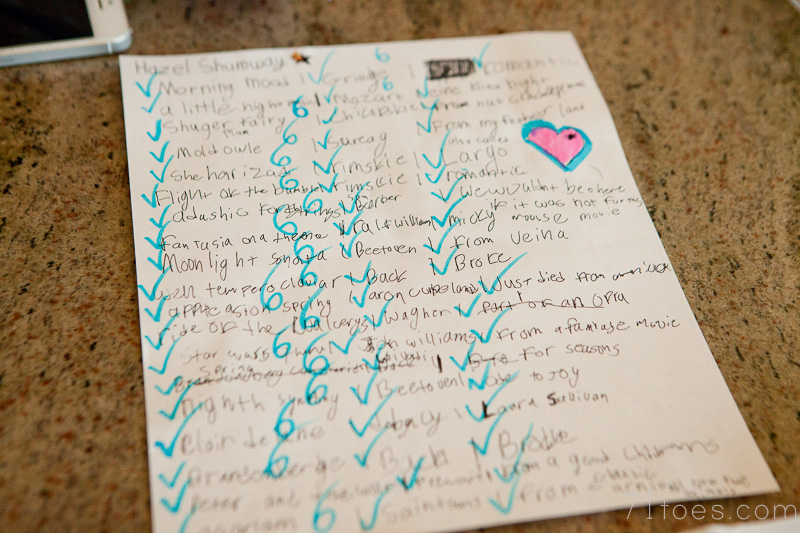 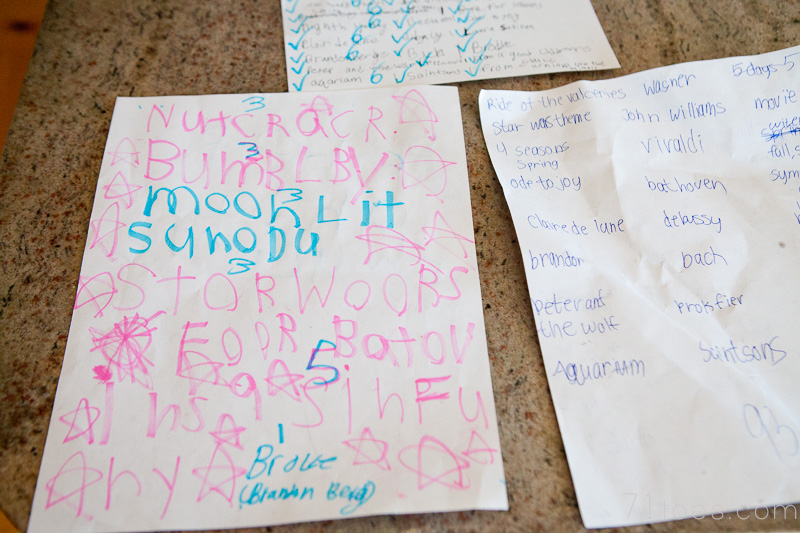 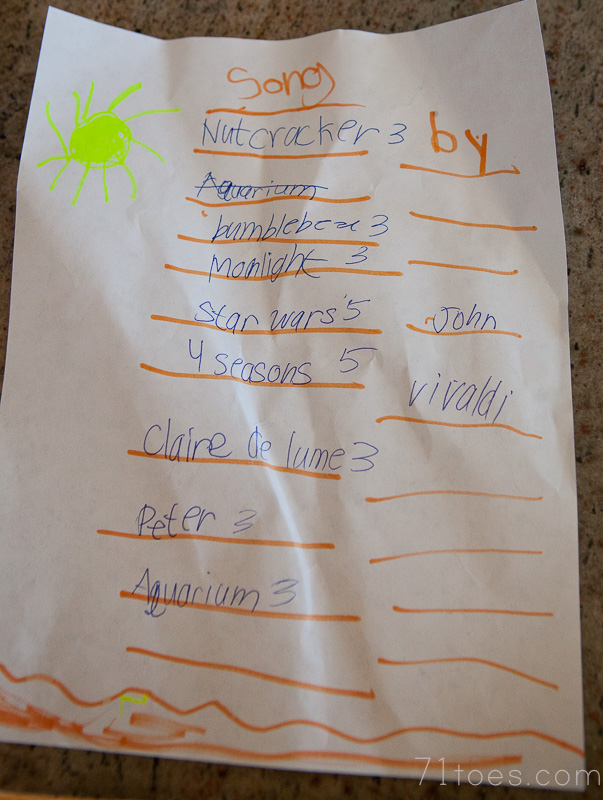 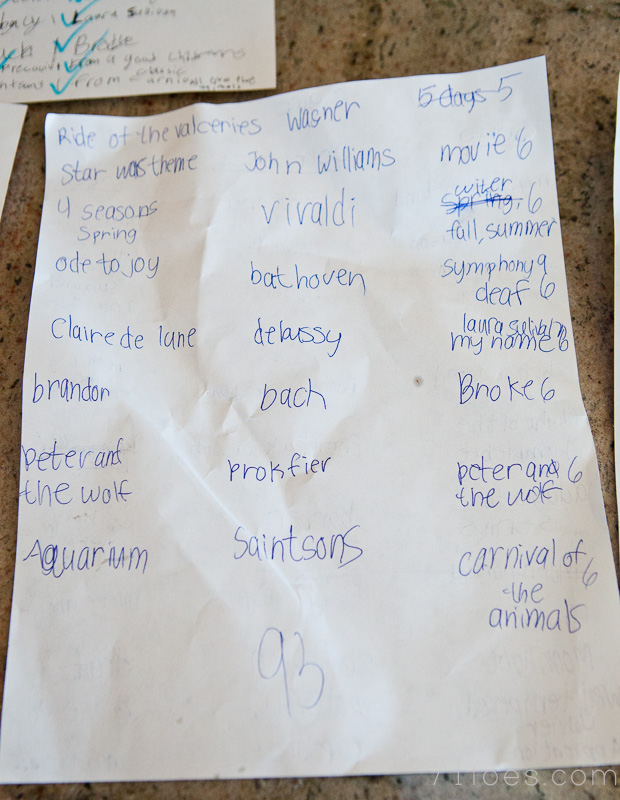 Oh how I love that those names and composers have now become part of their vocabulary.  Thank you Mom!!

There was a little sick bug going around at the lake this year…happened to hit Lu the night they slept over and her cousin the next morning: 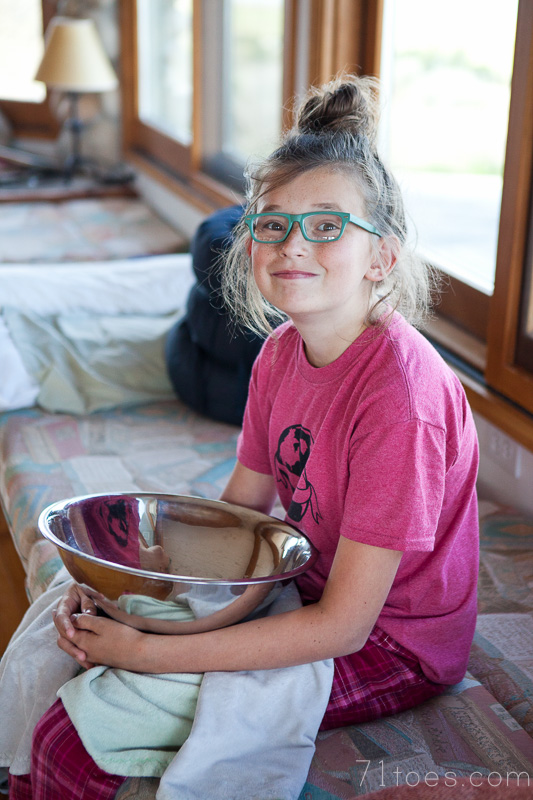 Poor girl!  Luckily it was quick-lived and everyone was fine in time for breakfast. 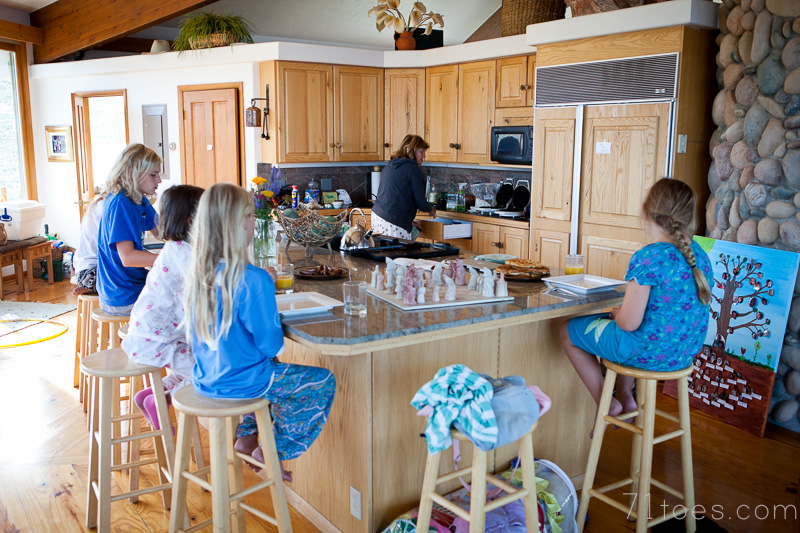 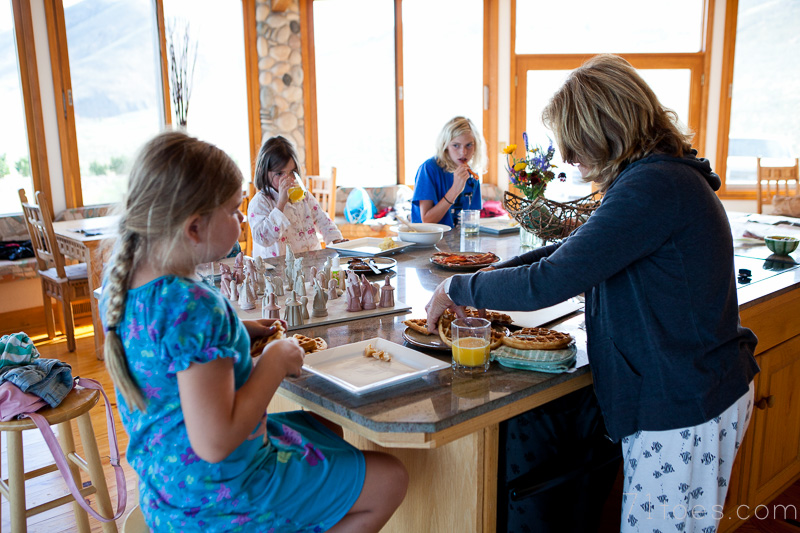 …where they talked over more ancestor stories.  Here’s our ancestor tree the grandkids helped paint a few years back (this is the second edition of the family tree…we helped paint one when we were little too that got a little worn out after all those years). 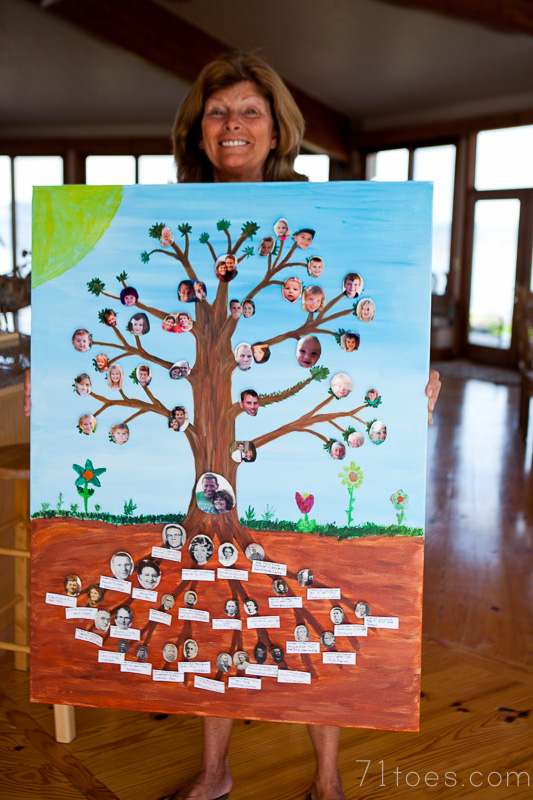 Then it was off to shoot off the rockets each group had made. 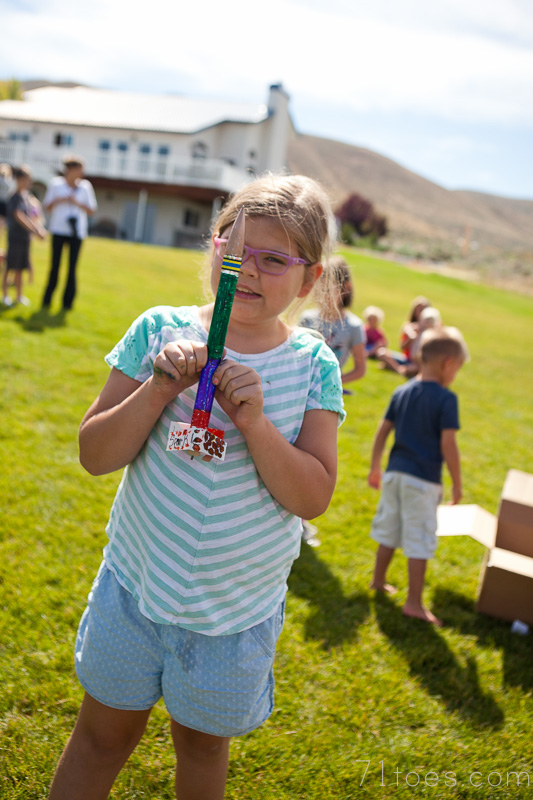 Luckily Eli was around to help set them off (Josh had left by this time). 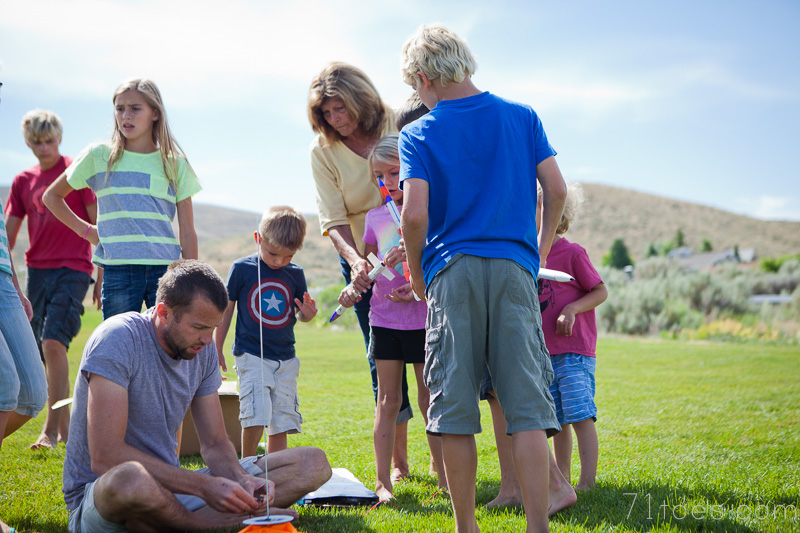 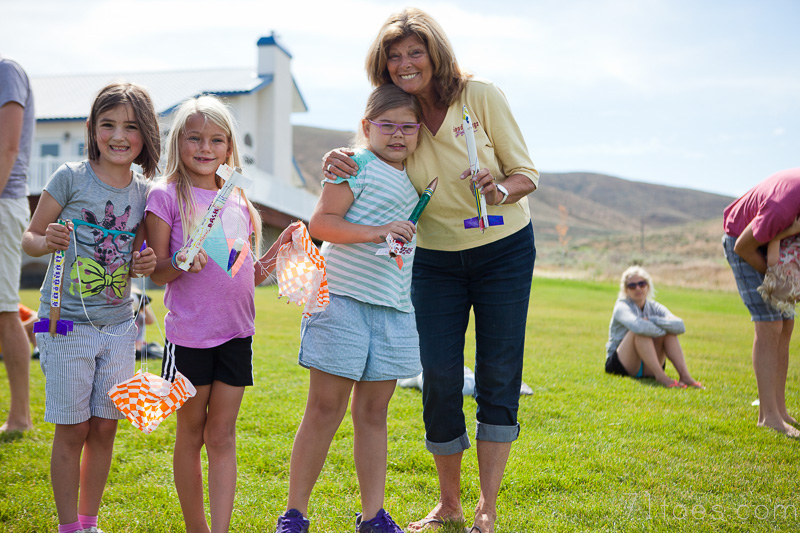 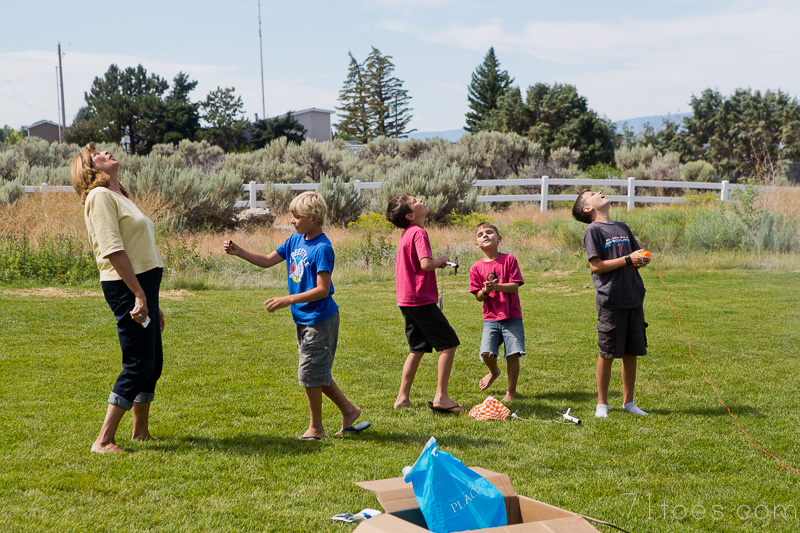 More about Grammie camp and Grandfather’s Secrets HERE and HERE and HERE and also HERE…and probably a whole slew of other places too.  My Dad did a few meetings with the kids as well that I never got pictures of, so sad, but he is so very in tune with each of these kids as well and I am in love with “Grandfather’s Secrets” that are such incredible words of wisdom for them to live by.

Every once in a while, out of the blue, Lucy asks if she can call Grammie.  Just because she loves her.   That, my friends, is far from an ordinary thing with Lucy.  She’s felt that love so overwhelmingly and unconditionally from that Grammie of hers, she just has to give part of it back.

Thanks Mom!  Love you forever!

a blessing and a party and grandchildren “groups”

the power of a mother

Your sweet mom and dad continue to be great examples to the world! I've always loved them because of what Joyschool has done for our family, and I love how they continue to be such great role models! You are blessed to glean from them first hand…. thank you for blessing the rest of us by sharing this! Love it!

Pretty sure I need to attend Grammie Camp sometime so I can learn about art and music. Your mom does great things with those grandkids of hers! I love the strength of your family.

Please tell your parents that they need to publish a grandfathers/grandmother's secrets book!!

What a small world. I live not far from that house your great grandparents built and the cousins they visited are in my ward! Wonderful people!

So your mom and your dad had the kids do homework for the reunion?

I want to be that kind of grandma some day! Your family is truly blessed! I couldn't resist commenting when I saw the headstone of one of my favorite people…my piano teacher…your grandma Hazel! I wish I could express to you the love I have for that dear lady! She was my childhood hero. She was so much more than a piano teacher to me. I never doubted that she loved me! I love that your kids get a chance to know, love, and remember her legacy through your mom! She is one of the most amazing people I've ever had the privilege of knowing. She is one that I pray I get to see again someday! I drive by her house in Montpelier daily and I think of her every time! I will forever remember her aging hands that played the piano so beautifully, her smile that just radiated her sweet spirit, and the way she made me feel!

I'm the one who has the most fun of all! I'm so lucky to have these amazing grandchildren to learn with and to love!

I'm interested in teaching my children about classical music, but I don't know that much myself. Would you email me the list your mother had the grandkids memorize as sort of a starting point for introducing my children to it? Thanks! (samclink_15@hotmail.com)

Did you divide the girls and the boys up for Grammie camp or did you do a combination boys and girls?

I am wanting to do a camp like yours. I’d love some help and assistance