thoughts on having another child graduating from high school

May 12, 2016
I just got a newsletter from the sixth grade reminding me that we are down to less than three weeks of school.

Ok, back-up, I started this when there were less than three weeks of school, but now there is less than ONE!  A week from today my daughter will graduate from high school.

Which makes me get a giant pit in my stomach.
Usually I am counting down the days until the end: the light at the tunnel when I know I’ll be able to breathe again, but right now I’m doing all I can to hold on to every second with these kids.  One graduating from high school, one from elementary school, and the others just steadily growing up like nobody’s business.
I’m really trying not to whine that this girl is leaving me: 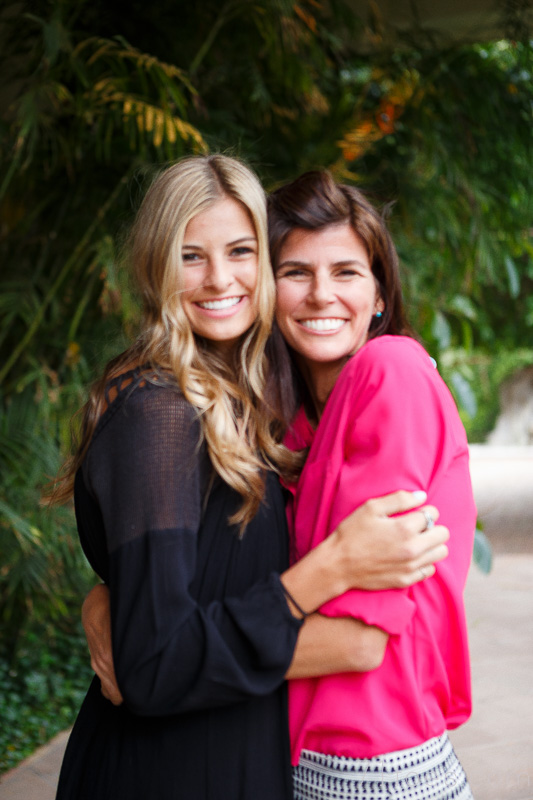 (and also I’m trying to pretend that picture isn’t blurry:)
But I’ll be honest, it feels like sand is slipping out of my fingers more quickly than I can scoop it all in.  Like, really painful, rip-your-heart-out-to-lose-it kind of sand, if there was such a thing.
This blog is going to be a little “Elle-heavy” for the next little while because SO much is going on with this girl right now.
Graduation and heading off to college are not small potatoes I tell you. 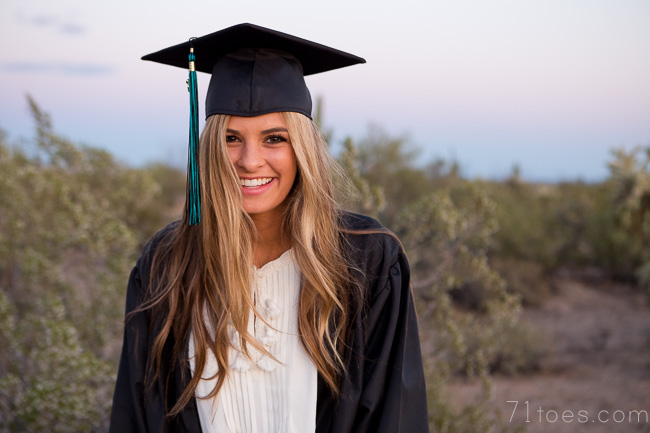 Like it or not, this girl is going to be wearing that graduation outfit and walking down the football field to receive her diploma next week.

How in Heaven’s name did she go from this: 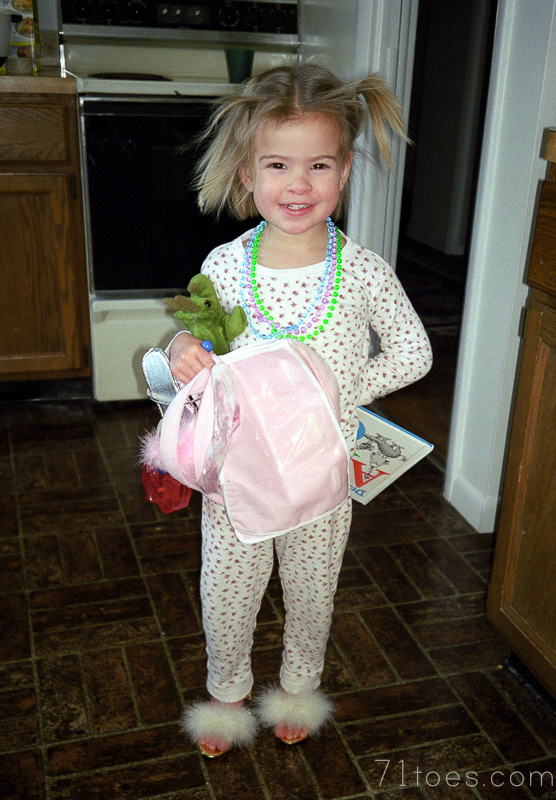 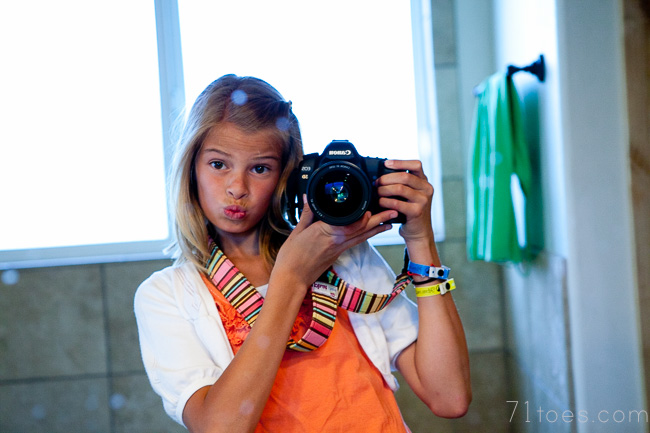 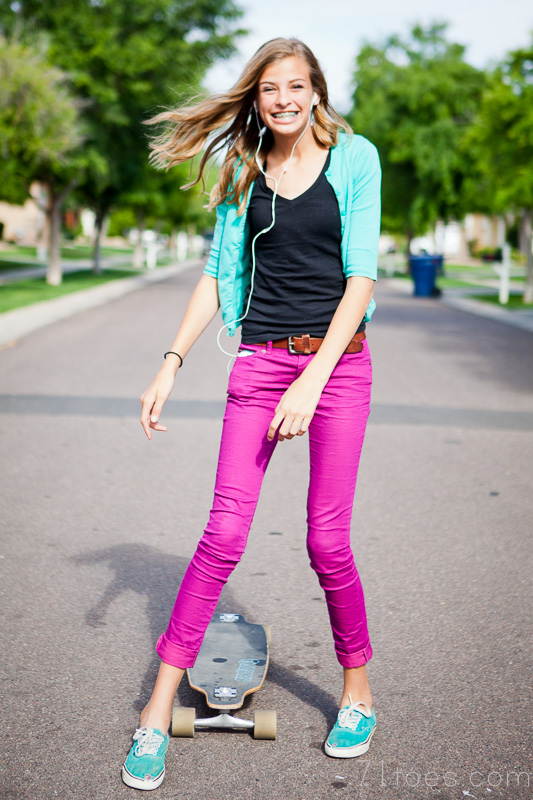 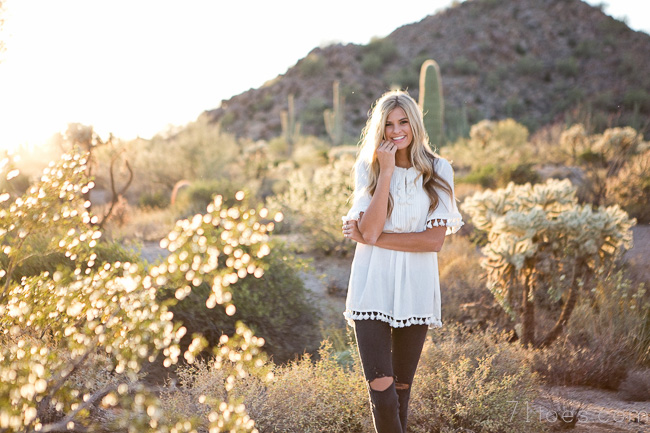 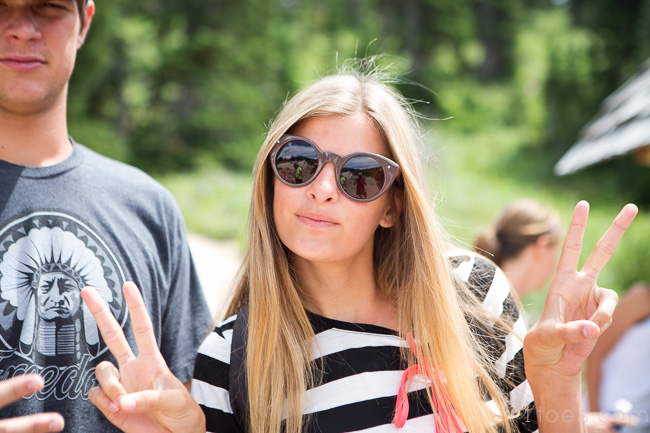 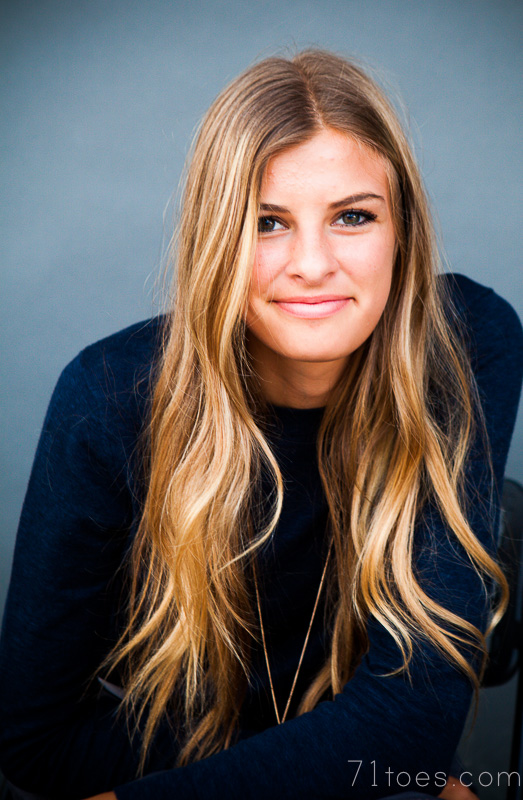 And how did she go from this: 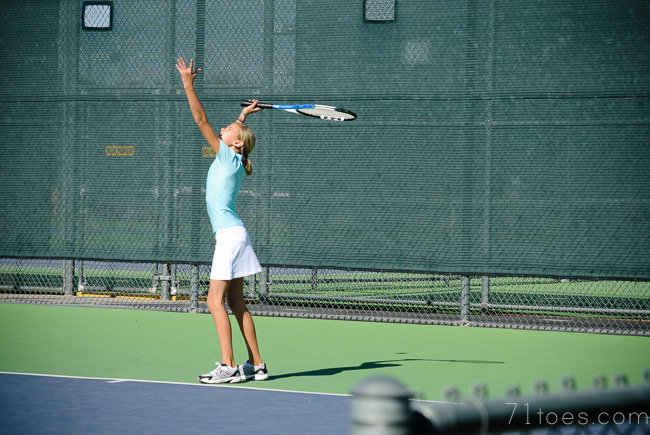 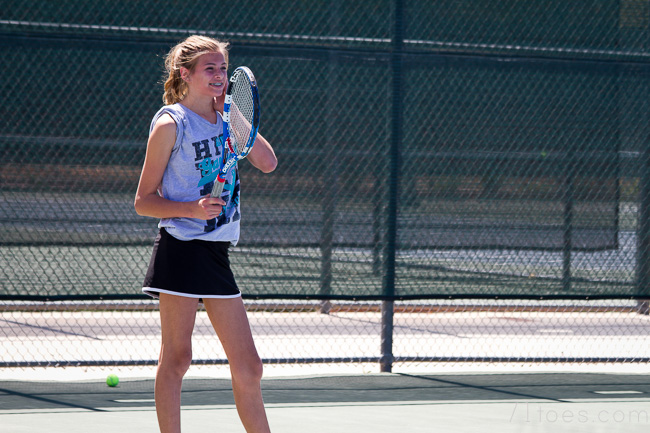 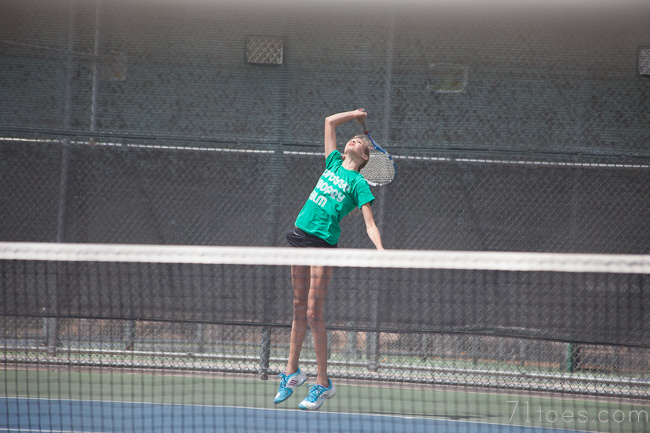 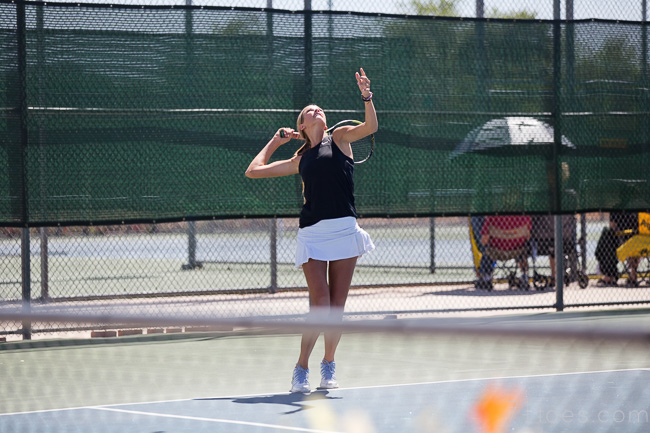 (I think those are all on the very same court come to think about it…she’s played there so many times over the years!)

How can I let that little baby girl of mine go?? 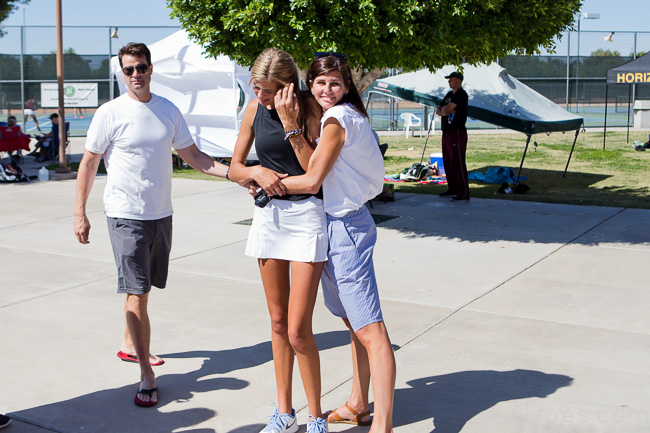 I’m going through a girl version of graduation after my boy version last year.

There’s so much that is the same.

I swear Max and his friends were just here, in and out flitting from one house to the next, laughing and hanging out and future-planning and goofing off.  They were just figuring out their “senior prank” and getting mission calls left and right (more about the mission call stuff back HERE).

And now it’s like groundhog day because it’s happening all over again. But this time with Elle’s friends who are somehow even more numerous in numbers and I adore them just as much.  Does this just get continually harder to let go with every child?  I thought it would get better!

I’ve been pondering lately if different graduating classes really do have such different vibes.  If so, we lucked out that both Max and Elle’s classes, 2015 and 2016 just might be the best in human history 😉
I adore all these kids.  I adore having my in-box fill up with the mission adventures of those who are spread far and wide all over the world.  And I adore keeping up with many others through their mothers and friends.  They are off doing great and wonderful things.

And now we’re on to Elle’s graduating class who have been in and out of our house like nobody’s business lately and I love hearing what is coming next for them.  Their hopes and dreams and their big after-graduation plans.

The mission call season has begun for many of them. 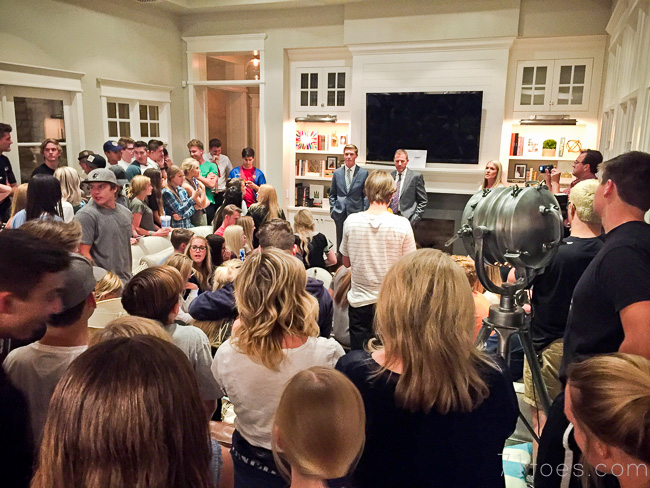 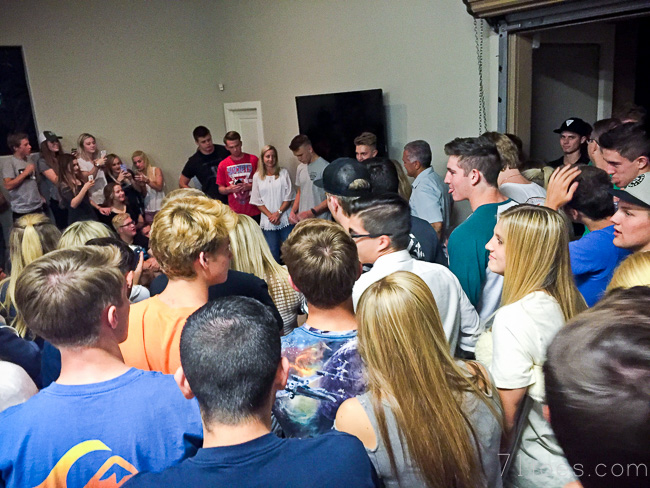 …just like it did for Max’s group of friends last year (here).  These huge groups of kids gather to see where in the world their friends will be called to live for the next two years.

And then there are the college decisions spreading them out far and wide.

Oh the places they’ll go!  I know how much changes in a year since I’ve just barely experienced it with Max.  Wow.

They had “senior ditch day” with swimming and a bbq and volleyball. 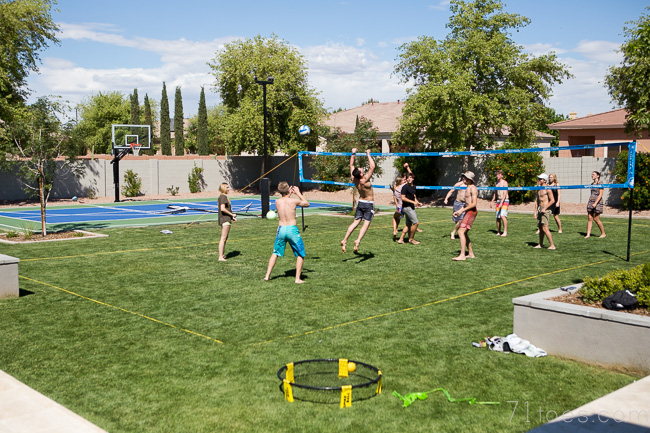 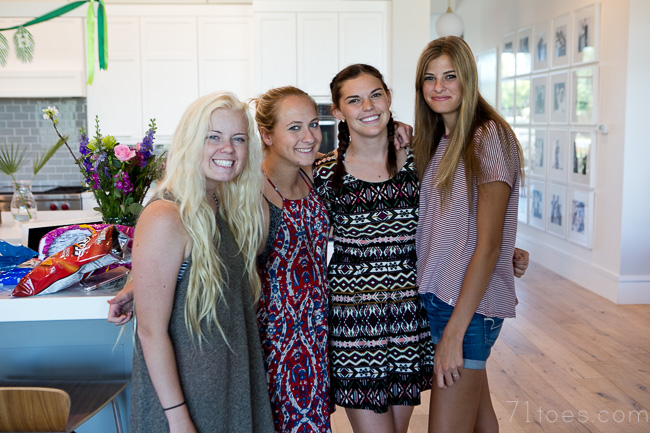 They’ve had “study groups” here and late into the night at other kids’ houses. 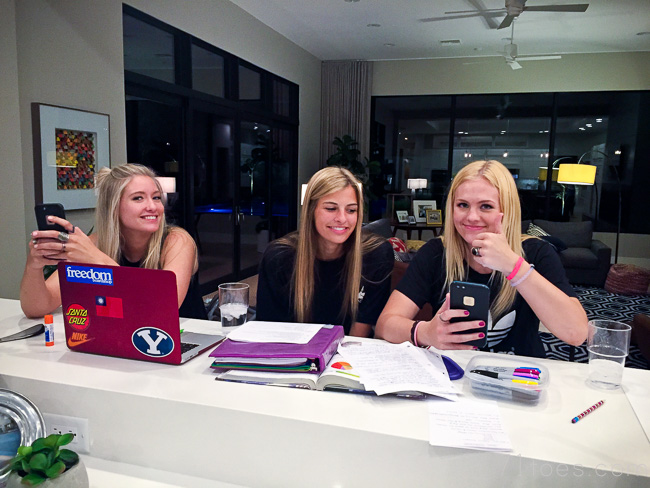 They seem to have something or other every single night.

The other day they did a “transportation” senior prank where they brought all kinds of “transportation” to school and rode around on bikes, skateboards, heelys, rollerblades, you name it, they had it: 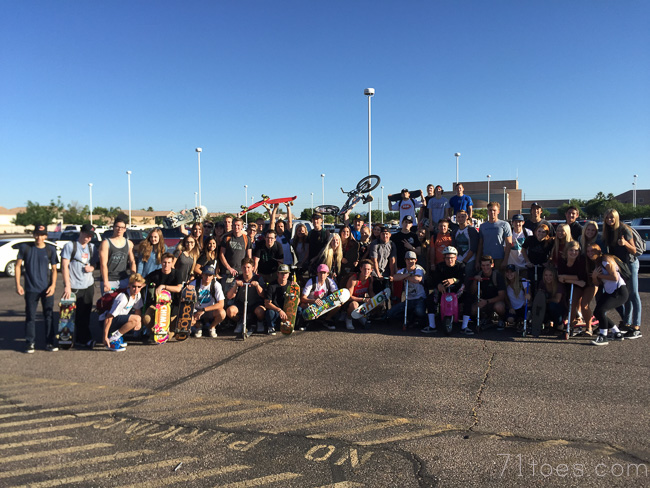 I need to get some other pictures from Elle, because she’s had so many things going on aside from doing quite a few photo shoots for people on the side and trying to situate her college classes and starting to pack up (gulp).

She’s not bored, I’ll tell you that!

The other day I got a text in the middle of drying my hair from my friend.  It had a picture of Elle and a bunch of friends at the close of their last high school assembly: 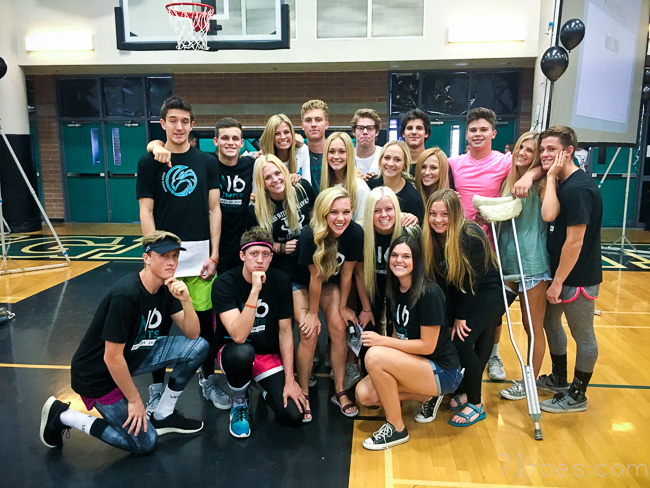 I was so grateful for it, but man alive it made me tear up.  I wished with all my heart I had been there.

Yes, I know I just wrote in my last post about NOT being there since sometimes that lets kids grow in leaps and bounds more than they would if their mother is always doing everything.

But sometimes, being there is more for the mom than for the child.

So grateful for good friends who sent me these pics. 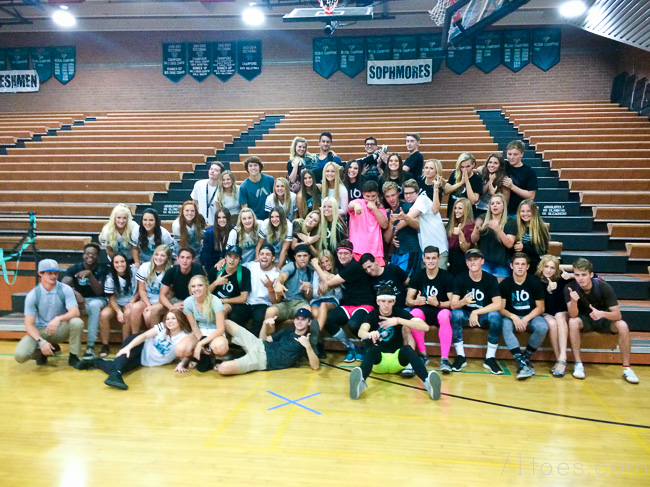 And also this video of the end of that assembly when only a few of the seniors were left in the gym:

I thought it was hard to say goodbye to Max’s friends last year and I had only known most of the kids in that core group for a couple years.  Elle’s group is filled with kids we’ve known all of our lives.

I’m so excited for all of them to move on and for all the good things awaiting in their lives after high school.  I’m so excited for the adventures Elle is setting out on at college (trying to write up all about that as soon as I can!).  I’m excited for Grace to be the oldest at home because it’s going to be pretty awesome.  And I am excited for life to maybe slow down a little bit with only three kids at home and no seniors for a couple years (maybe it will go more slowly??).

But boy oh boy it’s not easy to let this phase of life go.

Where is Elle going to college? Did she get rejected anywhere? Only asking because we have one child who got in everywhere and one who doesn't have many options, how would you deal with that? They are both great kids so hard seeing one feel inadequate! Is Elle going on a mission too?

That is a rude way of saying someone didn't get accepted somewhere. I hope you don't use the word rejected to your own child if your aim is to keep them from feeling inadequate.

KMS-
Being rejected by a college is part of life. You either get an acceptance letter or a rejection letter. If your children are so sheltered that they've never experienced rejection, in any capacity, well, lucky them, but welcome to real life.

It seems everyone loves to be upset by me. Amy was worried about her child feeling inadequate not receiving an invitation to register for fall from every school applied to. I never said it was something to feel inadequate about. Colleges reply with "we are happy/regret to inform you" language. I personally received both sorts of letters. If she feels her child is more sensitive why use the harshest language when even the schools don't use that language? I think it is good not to be accepted at all schools applied to. Especially when at least one school your parents force you to apply to. I completely agree with you BIrdcage. You don't always make the team or get selected for that job. I still think it's rude to ask someone if their child was rejected using that language. If someone else reading doesn't think it's rude, fine. I don't recall anyone asking for or getting a run down on all the schools her son applied to and whether he was accepted to all of them. I'm sure her daughter will attend college.

She's baaaack and schooling others on what's rude?!?! Isn't it ironic.

Kms- please trust me when I say that nobody here "loves" to be upset by you. It's not something done out of enjoyment. It's because you write very bizarre and often rude comments on Shawni's blog (as well as others, I've seen you in multiple comment sections with the same m.o.).

I agree with kms. That wasn't a very polite way of asking what schools Elle didn't get into. Plus it's none of our business anyway.

Ditto to everything Amy said !

Another quick question.. I just love how many activities and how many kids rhere are to hang out with..are most kids LDS ( in some areas the lds population is huge )… I wish I lived in a place like this my daughter turning 13 is the only beehive abd there are only 4 girls TOTAL in yws lol

Exciting times for Elle!
Are you able to meet up with your sisters in London?

I am dreading the day my oldest leaves and he is only 11! I can only imagine the anxiety and excitement and stress that you are feeling right now!

My sons are 20 months apart, but because of their birthdates, they are only 1 grade apart in school. The idea of back to back graduations, plus 2 missionary farewells in there too…it tugs hard at my mama's heart.