Home mothering thoughts on NOT being there
motheringthoughts 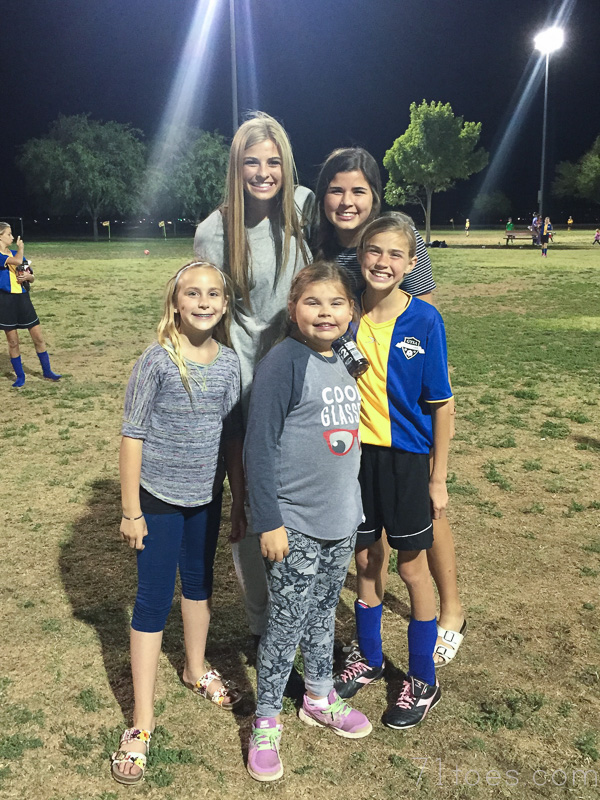 …and they made me so happy. 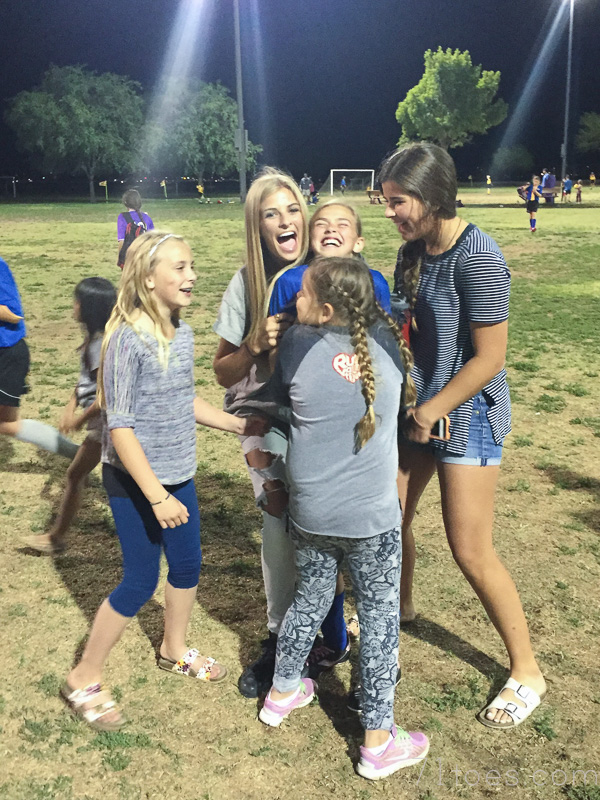 Just look at that pure delight in those cute faces. 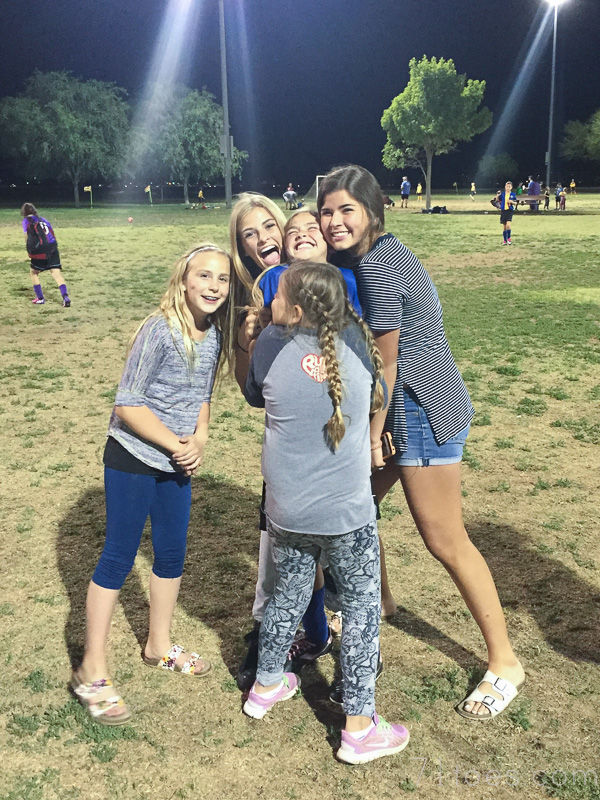 They were from Claire’s last soccer game of the season.

…the one I ached to be at but Dave and I had another commitment.

(Man alive what I would give sometimes to duplicate myself so I can be at everything.)

But you know what?

I always have to remind myself that it’s OK (even better than OK) not to be there for some things.

These pictures with those glowing faces are proof of that.

There’s no way Elle would even be at that game let alone take those darling pictures had we not needed her to drive and had I been there hovering with my own camera around my neck.

As my kids get older I want to be there more than ever.  It’s as if Father Time has lit a little fire under me of “being there” since I realize more poignantly than ever with my second child getting ready to graduate how quickly things go.

I’ve written a lot about “being there” for kids over the years.  I wrote a whole post about it back HERE.


But “Being there” is not really about physically being there.  I’m not really the kind of “there” I want to be with my child if I’m checking emails or texting back and forth about who will drive which carpool and occasionally looking up to say, “uh huh” even if I am sitting right next to them on the edge of the soccer field.

Being “there” is, as Iris Krasnow says, “an emotional and spiritual shift, of succumbing to Being Where You Are When You Are, and Being There as much as possible.”

That quote has rung through my mother-brain my whole mothering career.  But now that I don’t have toddlers hanging on my legs any more, I think I’ll make my own little mental addendum: “but remember your children will grow and flourish in a different way than they ever could if you let them fly.”

As sad as I am that this motherhood business is shifting and heaving so rapidly to sending these not-so-little people off into the big, wide world, it’s really pretty great to sit back and watch them grow.

Max has given me proof of that, along with a hundred other things these kids have learned to do well alone (obviously Elle’s “mothering trip” to the soccer game is certainly not the first time or last that will happen).

But these pictures are a good little reminder. 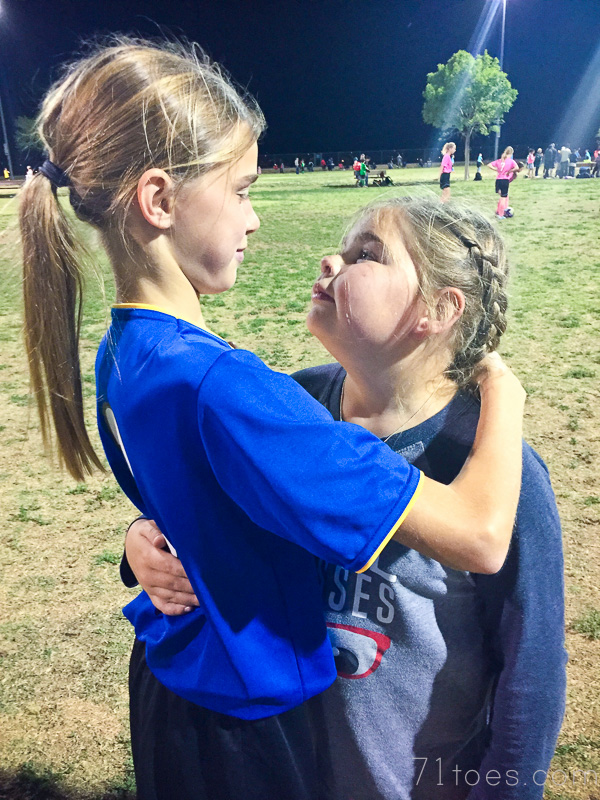 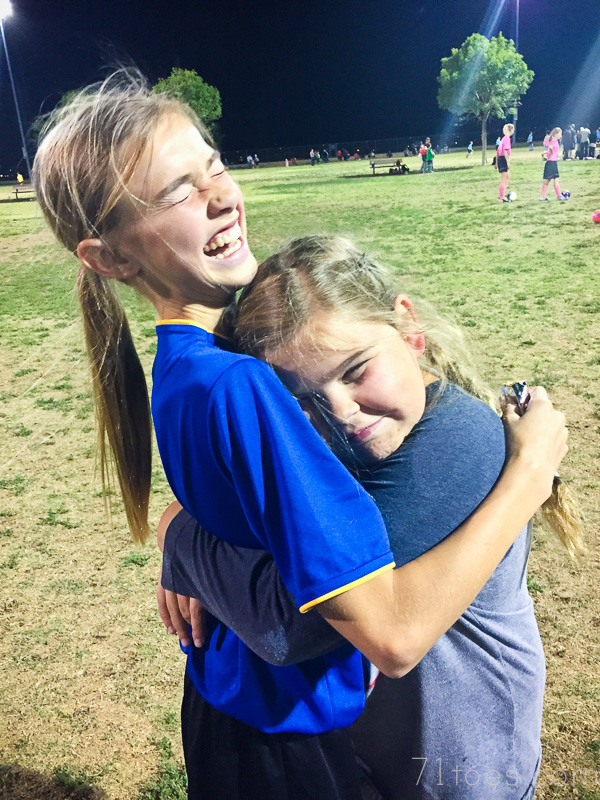 thoughts on having another child graduating from high school

growth by doing it wrong rather than right

some Friday thoughts moving into the weekend: mountains...

Sunday ponderings — the importance of pondering

I have a brother who is 12 years older than me and I have such wonderful childhood memories of him taking care of me while my parents were out of town. Keep up the great work!

I needed to hear this post so badly! I have a hard time "leaving" or not feeling guilty for not being there at all times for my kids-they are still little so most of the time they do need me ;). But there are benefits and skills and relationships they gain when I plan time out for other things and I think another plus side is when I take a day or 2 working on something else that I am passionate about it refills me and I can not wait to get back to being "just a mom" because I have missed it. Thanks for sharing these thoughts!

I have great anxiety about missing anything at school, sporting events, field trips, Etc. It is a very hard thing to find balance and I haven't discovered it yet. A great post to get me thinking. Thank you for sharing your thoughts on motherhood.

I have great anxiety about missing anything at school, sporting events, field trips, Etc. It is a very hard thing to find balance and I haven't discovered it yet. A great post to get me thinking. Thank you for sharing your thoughts on motherhood.

I'm reading a book right now called "How To Raise an Adult." It is helping me remember that, despite the mixed up way the world thinks we should do everything for and with our kids, there is value in letting them learn and do things for themselves and others. One day they will leave the nest – after all, that's our goal from the time they are born – and I want them to be ready. Your post shows the value in that. They can make it (and thrive) without us and that's a good thing. 🙂

I just happened upon your blog while searching for field day games on Pinterest. I found myself ditching all my field day plans so I could read a bunch of your posts. I love how your posts have purpose and personality. As a mom of six myself, I really appreciate your insight on motherhood and the importance of embracing imperfection. Thank you so much for all you do! I can't wait to read more. 🙂