We’ve had the opportunity to gather our big kids

June 29, 2016
I must give fair warning that I’m feeling compelled to hustle and record all the thoughts and festivities surrounding having another child graduate, and also the end-of-the-school-year-stuff while it’s still fresh in my mind and in my heart.
I’m going to be posting randomly…sometimes a few posts at a time as I whip them out before the rest of summer fills in all the gaps.
So if you’re already sick of hearing this stuff, tune out for a week or so because believe me, there’s a lot. I can’t believe how many thoughts and feelings and events can swirl around sending a child off into the world.
Ok, on with the beginning of the end:
1)  The traditional graduation dinner “roast” our church has done for years for those graduating from high school.
There are a couple guys in our ward (church congregation) who are great at videography…and also humor…who go around and interview all the graduating seniors.  They put all the videos together in a pretty hilarious way, and we all gather to have dinner and watch as we celebrate (and also “roast”) the kids who are graduating.  (Max’s graduation dinner roast last year was in the first couple pictures of this post back HERE.)
This year, a couple months before graduation, our ward got all re-aligned and split up.  So they decided for this year to combine two wards and still have the big dinner “roast” to celebrate all these kids who have grown up together for so long.
Usually it’s at the church but they kind of went all-out this year.  Not sure if it was because there were nineteen seniors, or if we just had some uber creative people on the committee, but it was held in someone’s back yard and it was a pretty fancy event. 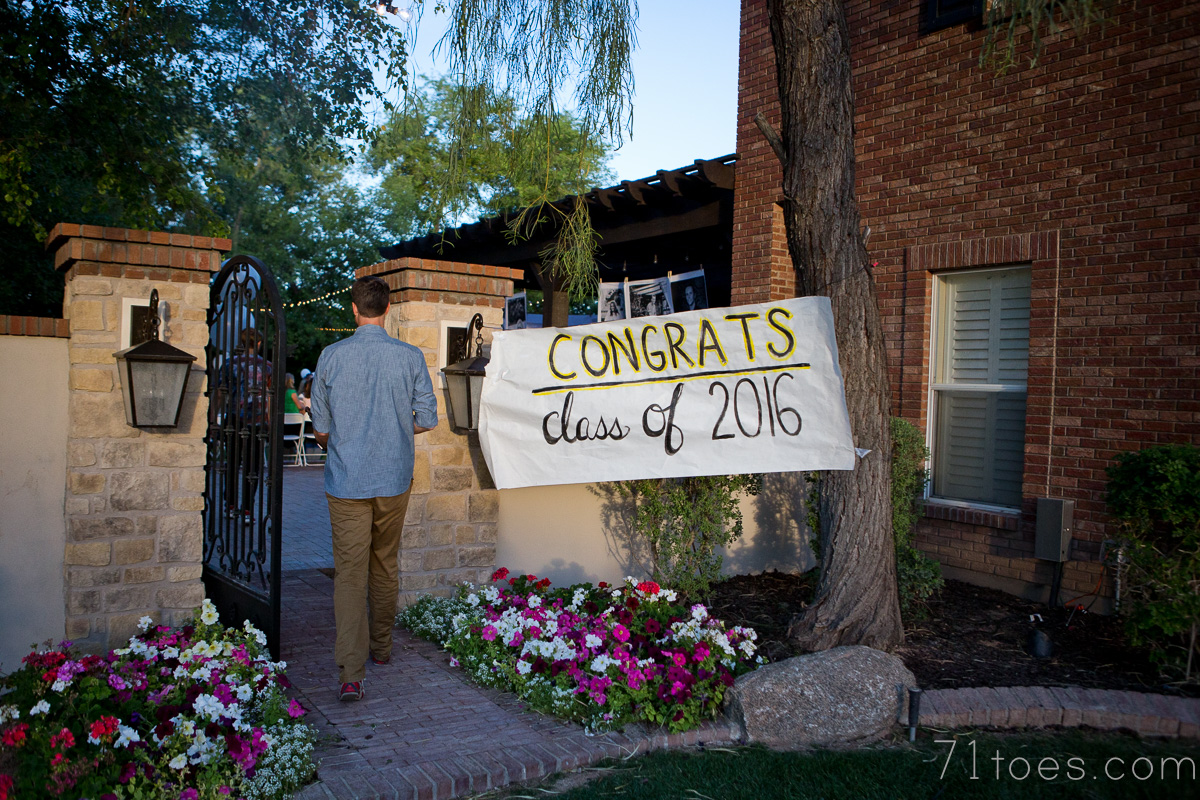 They invite all the youth, plus the families of the graduating seniors so we had a big crowd.

I showed up to help decorate, but I can’t take credit for any of this creativity. 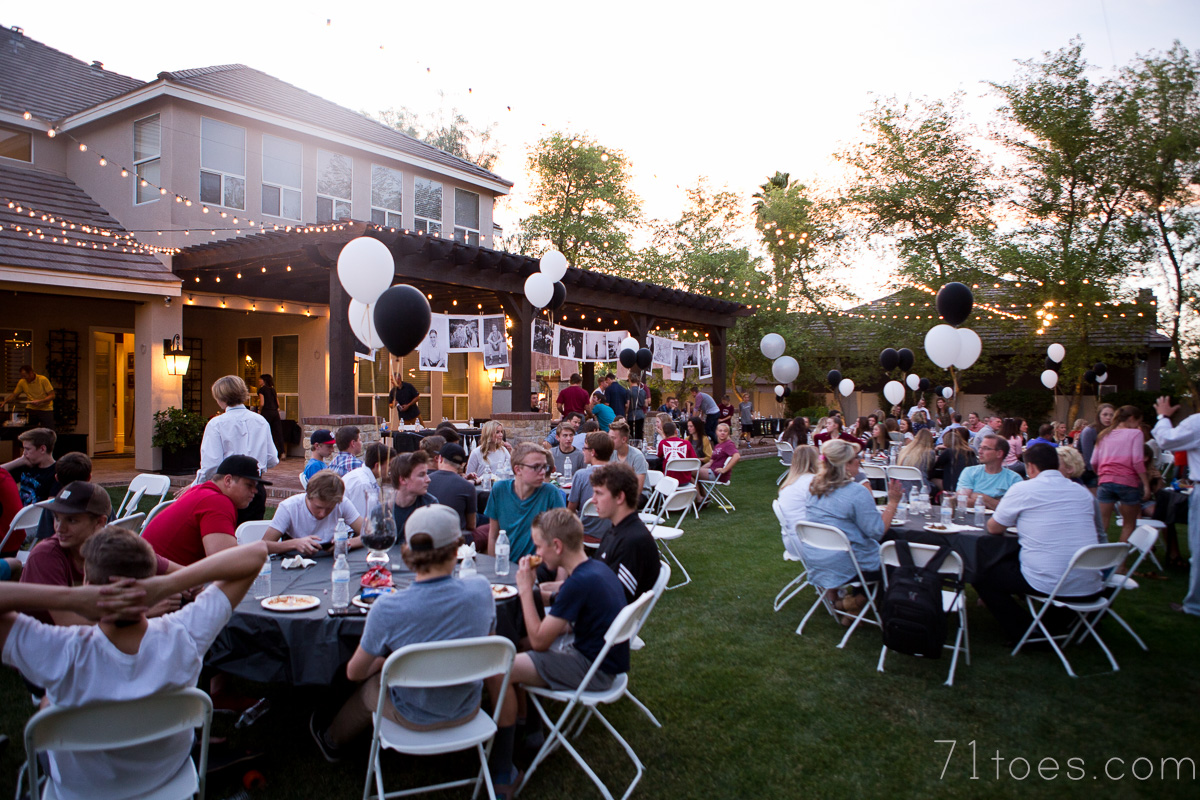 I loved that they had these huge pictures of all the kids graduating (they wrapped around the side of the house too): 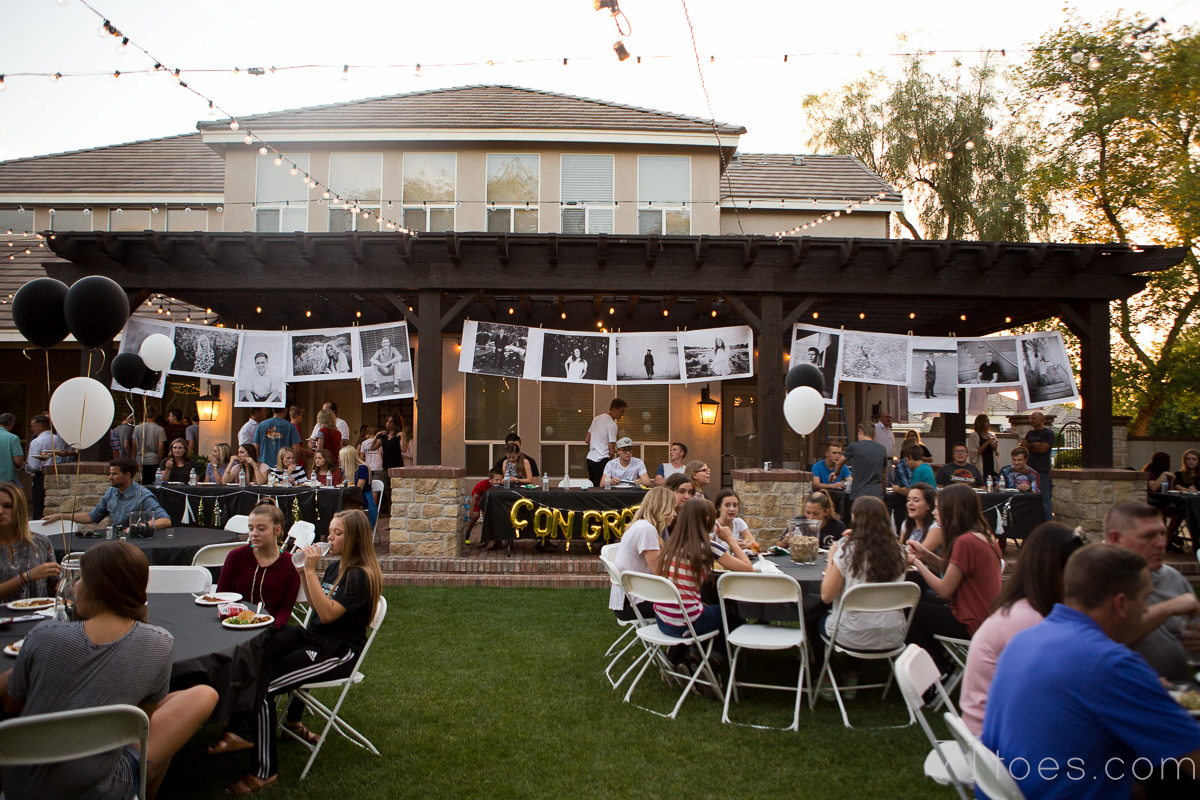 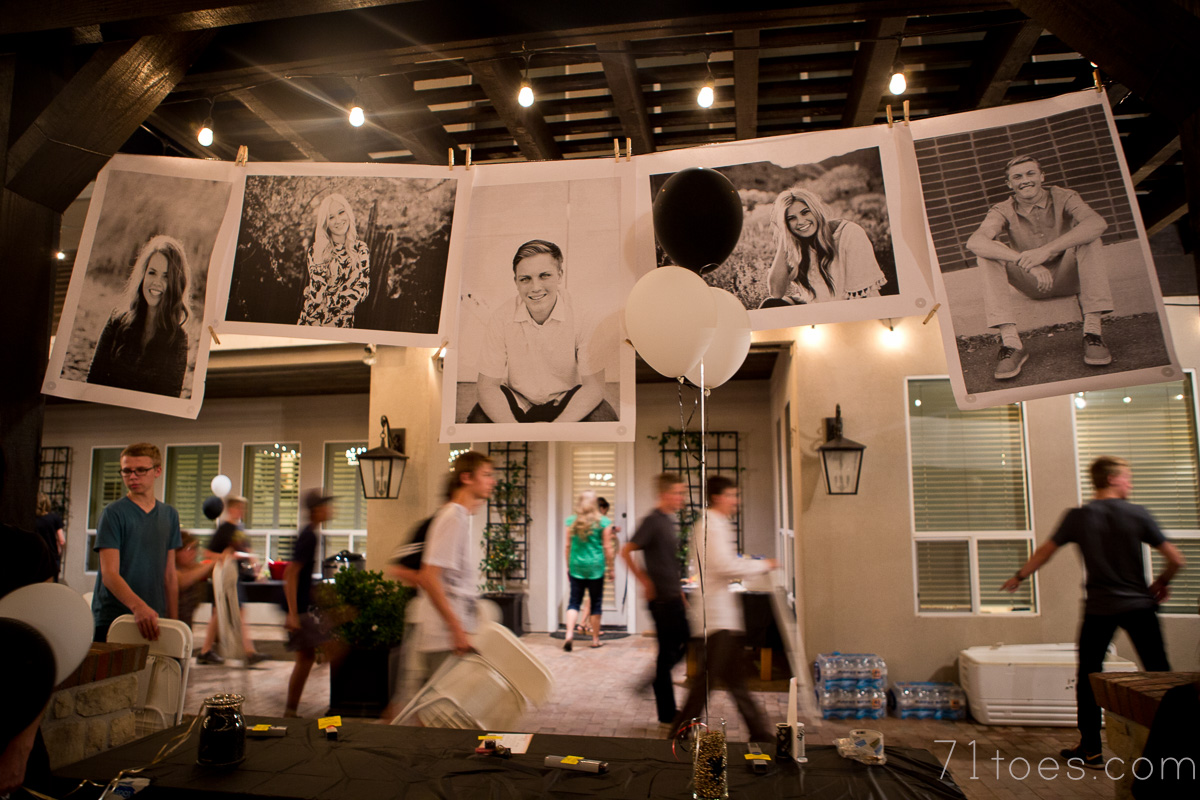 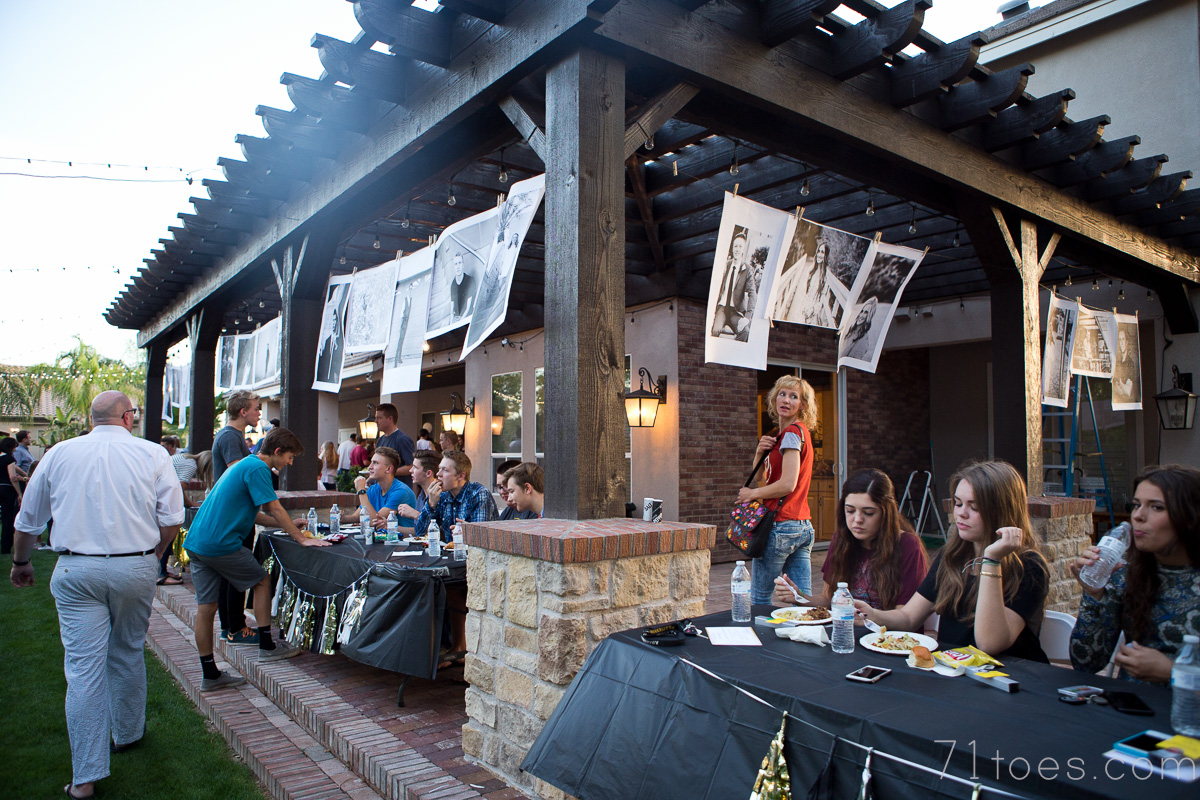 My friend got those printed at Kinkos for something like $1.99 each which I thought was such a great idea.

Anyway, back on track here… 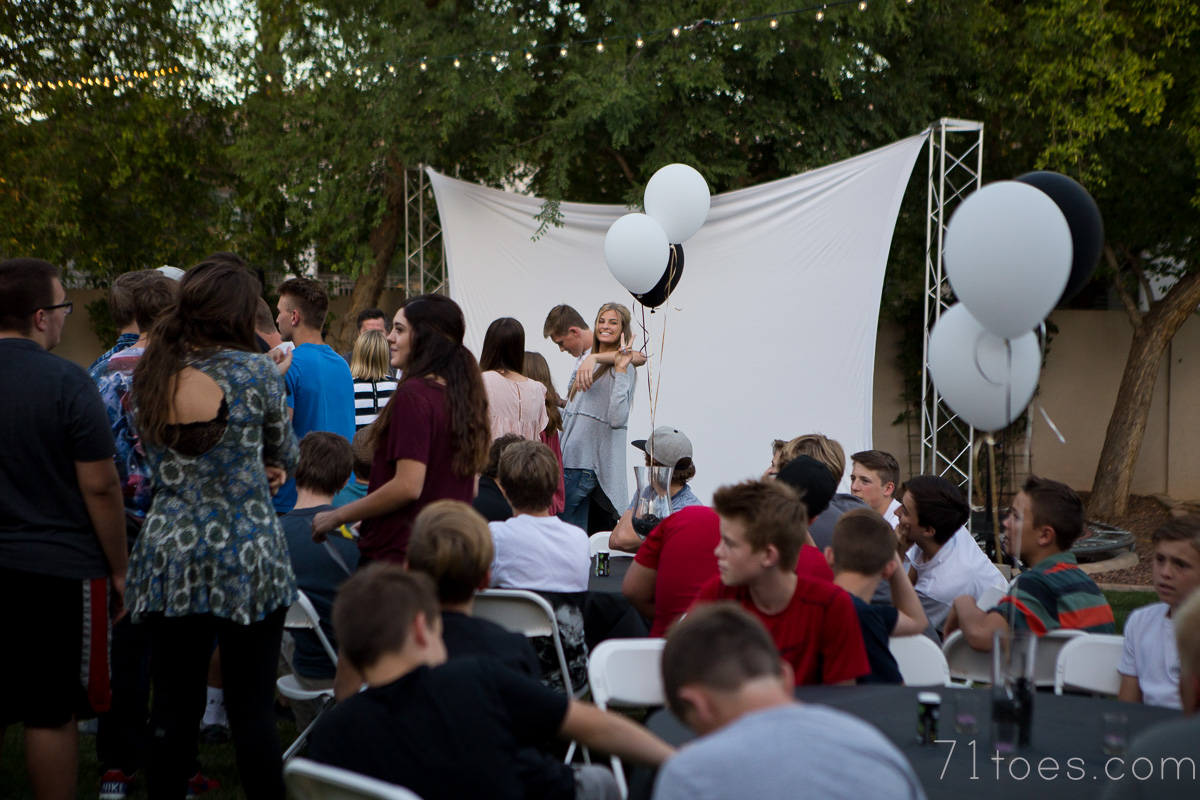 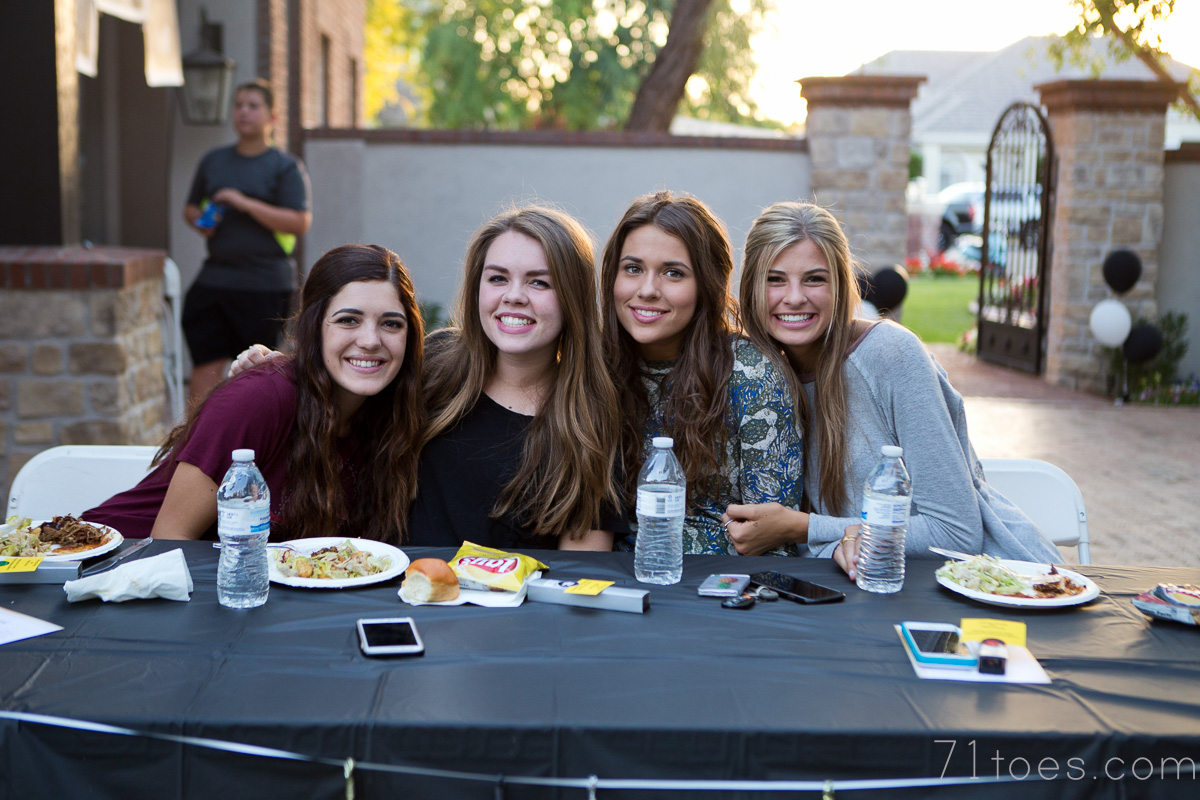 We had dinner and a program and then everyone watched the video. 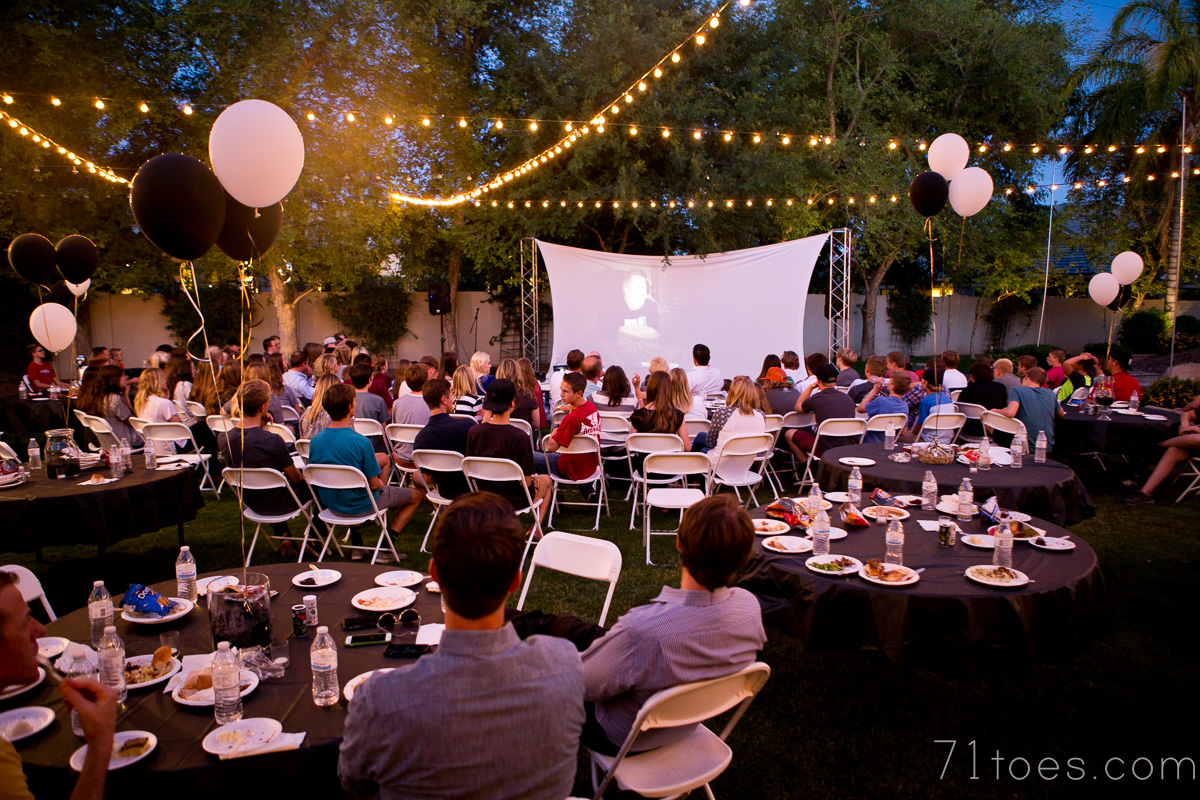 It was pretty funny, the best part was that Dave was one of the stars since some of the girls interviewed claimed he was the most handsome man in the ward.  I kind of have to agree 🙂

Love all these kids who have had such an influence on Elle (and my other kids too) over the years.

As I sat there surrounded by so many people I love, my heart swelled with so much gratitude for all them as well as for all the leaders who have sacrificed so much to teach and guide Elle through so much of life.

Man alive she is lucky! 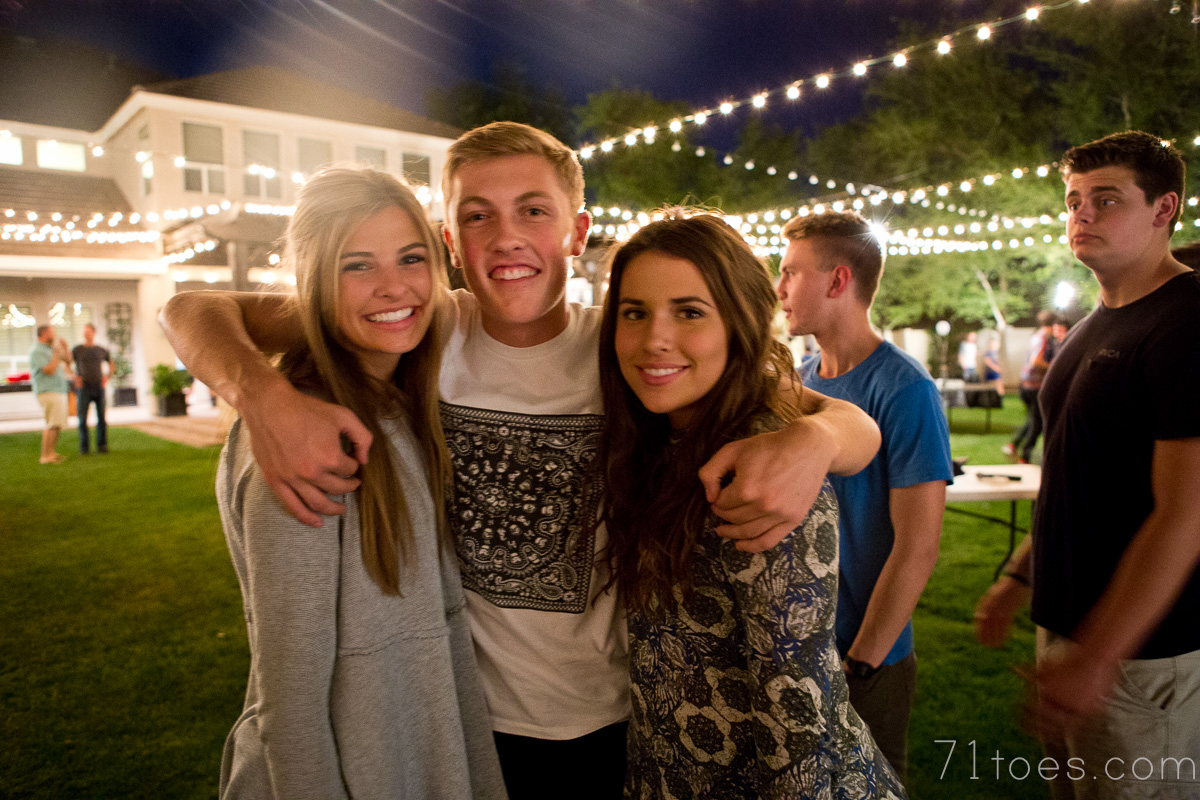 These two have been especially close since all our families have been friends for so many years. 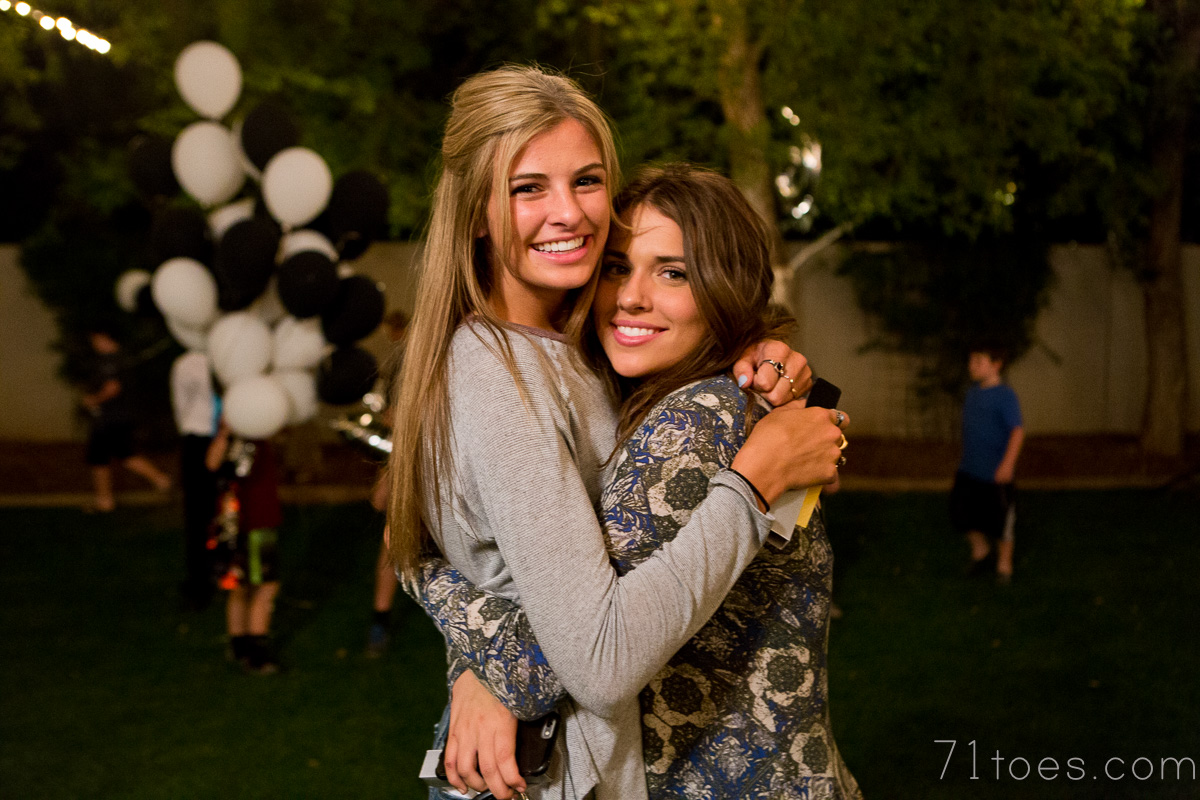 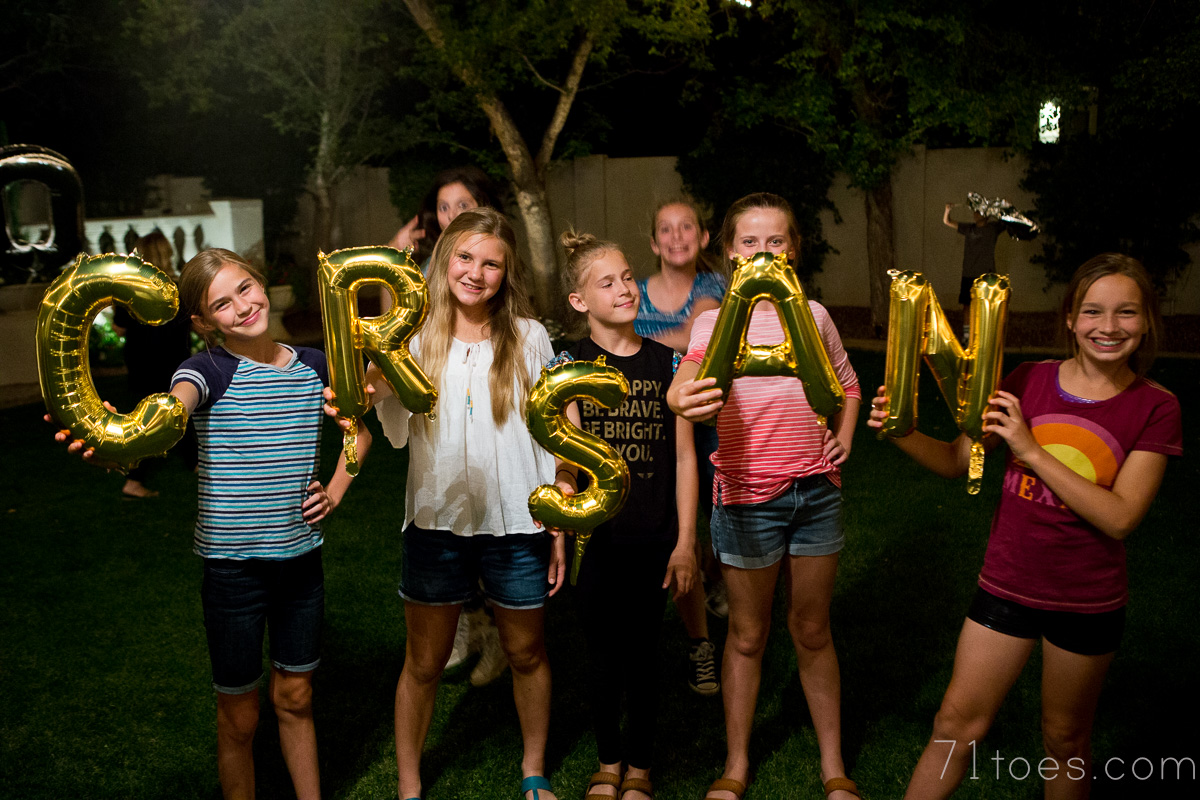 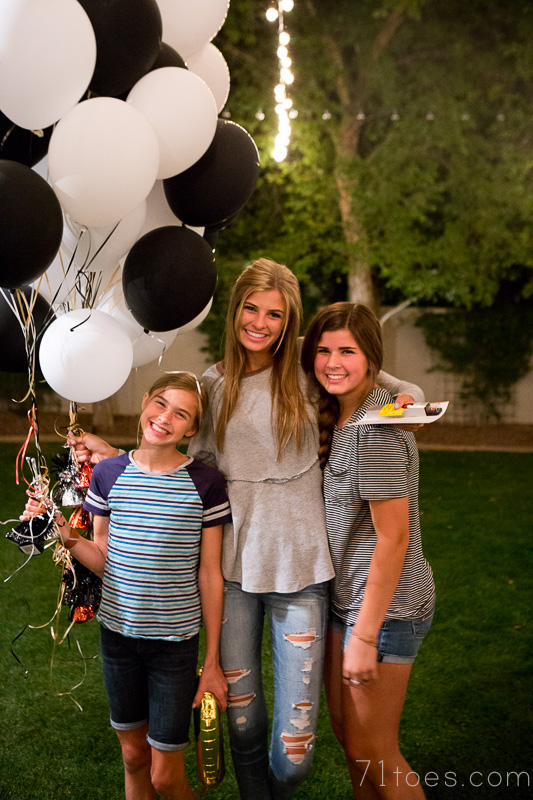 2) Next on the pre-graduation agenda was the Golden Scholar and Scholarship reception for those with outstanding GPA’s and scholarships. 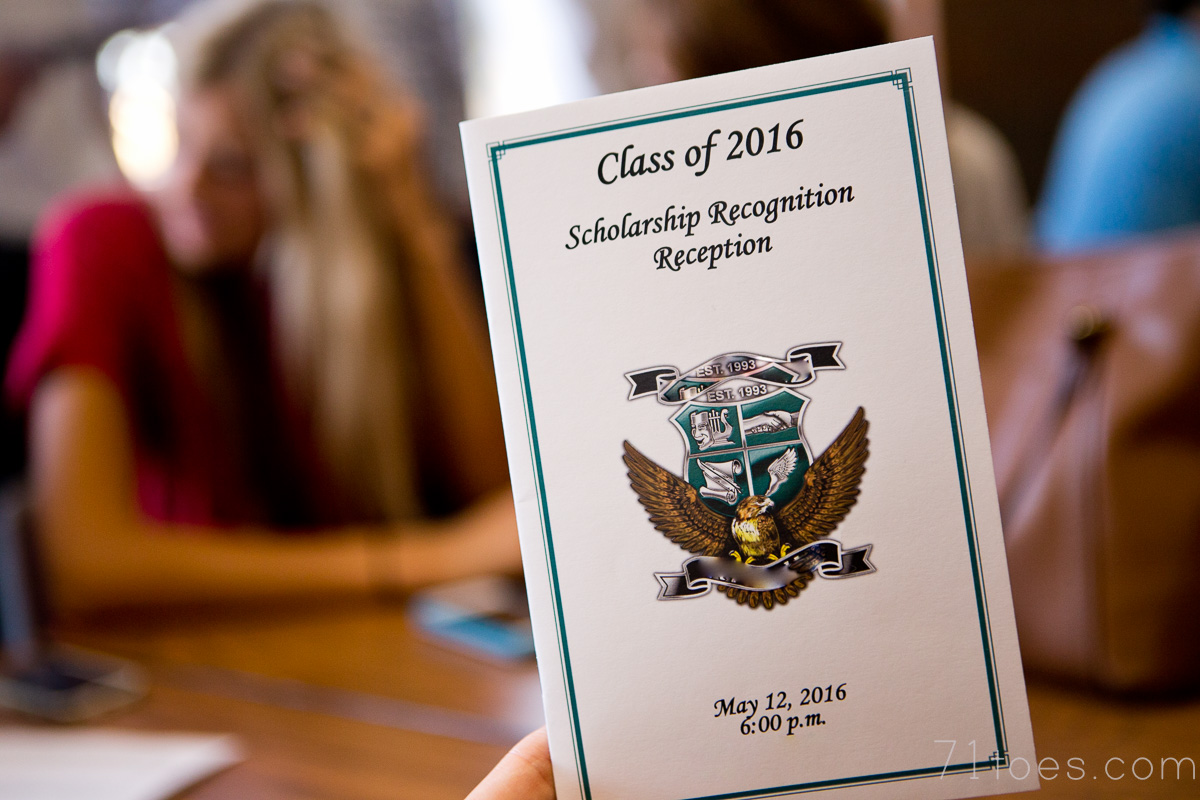 Elle has worked her heart out for good grades over her school career, I’m kind of proud of her. 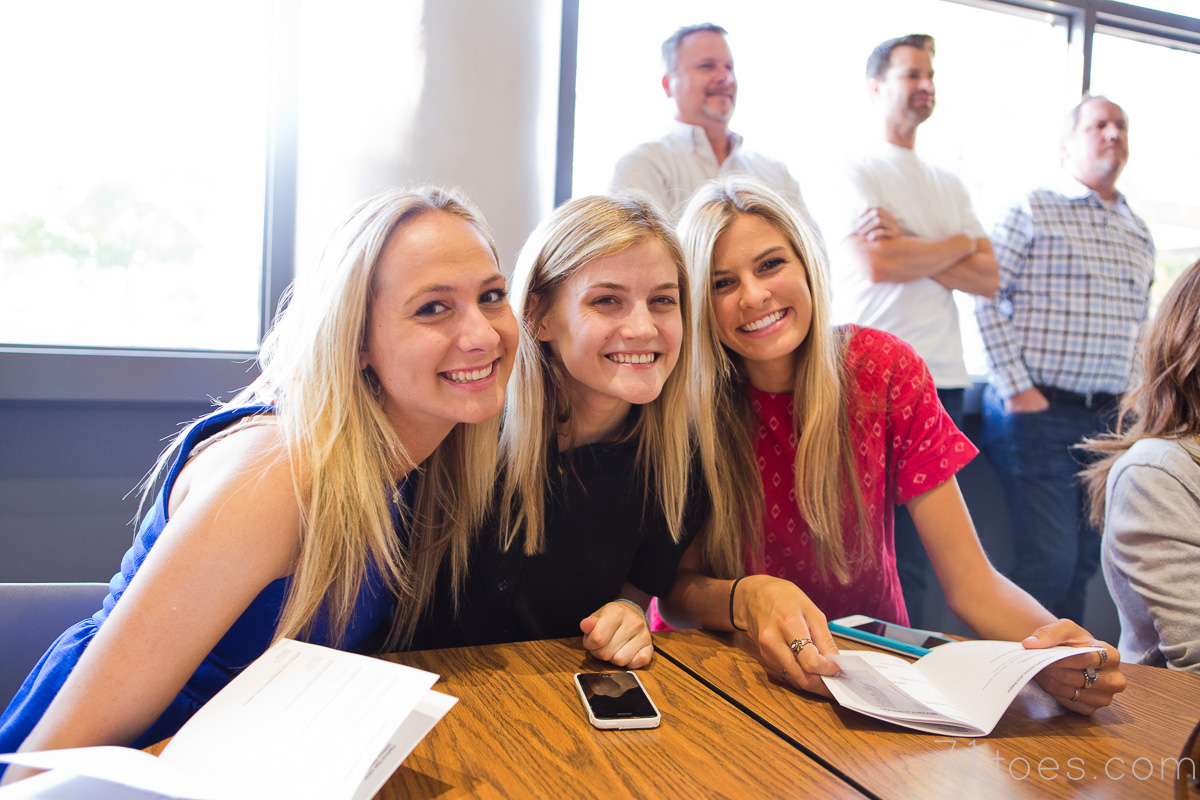 ….and these other great kids we love too.

They had them come up in small groups for a round of applause.  Here’s Elle’s group. 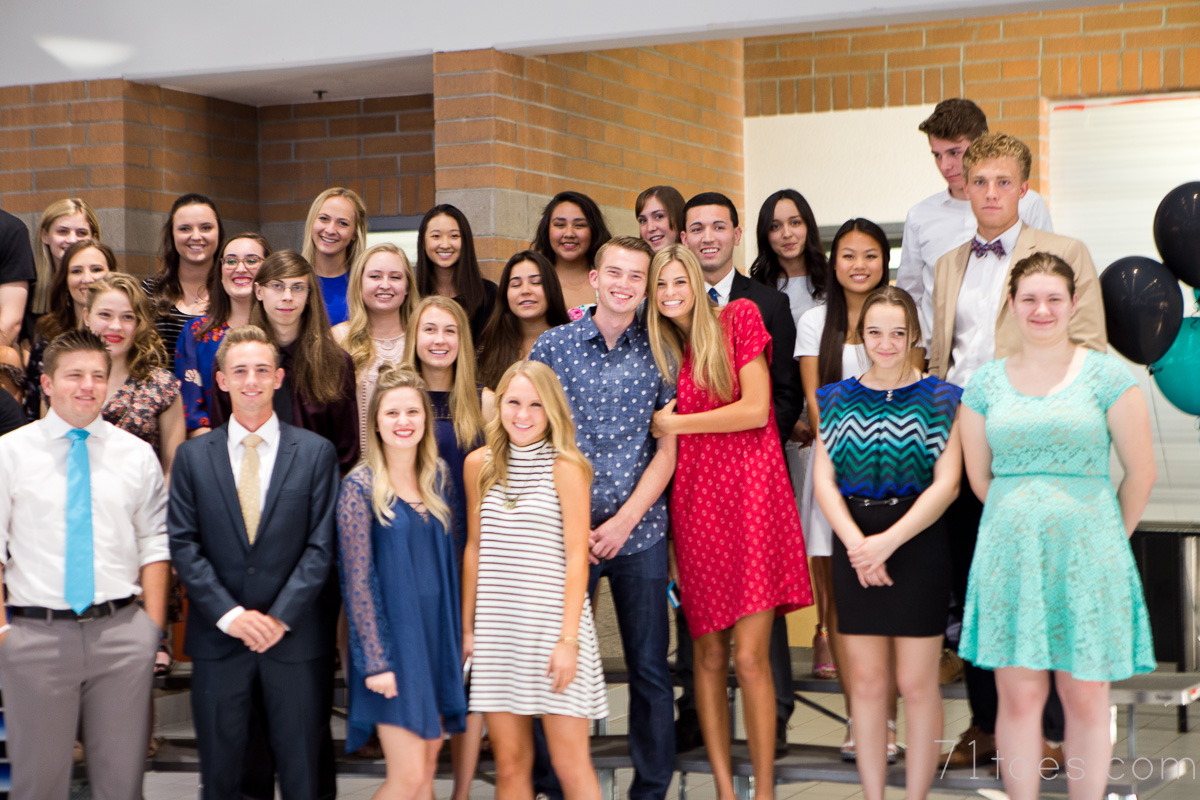 Dave and I snuck Elle out early to go get a smoothie and selfishly keep her to ourselves for a little bit before the swirl of friends took over for the night.

But first, we had to take some pictures (of course:) 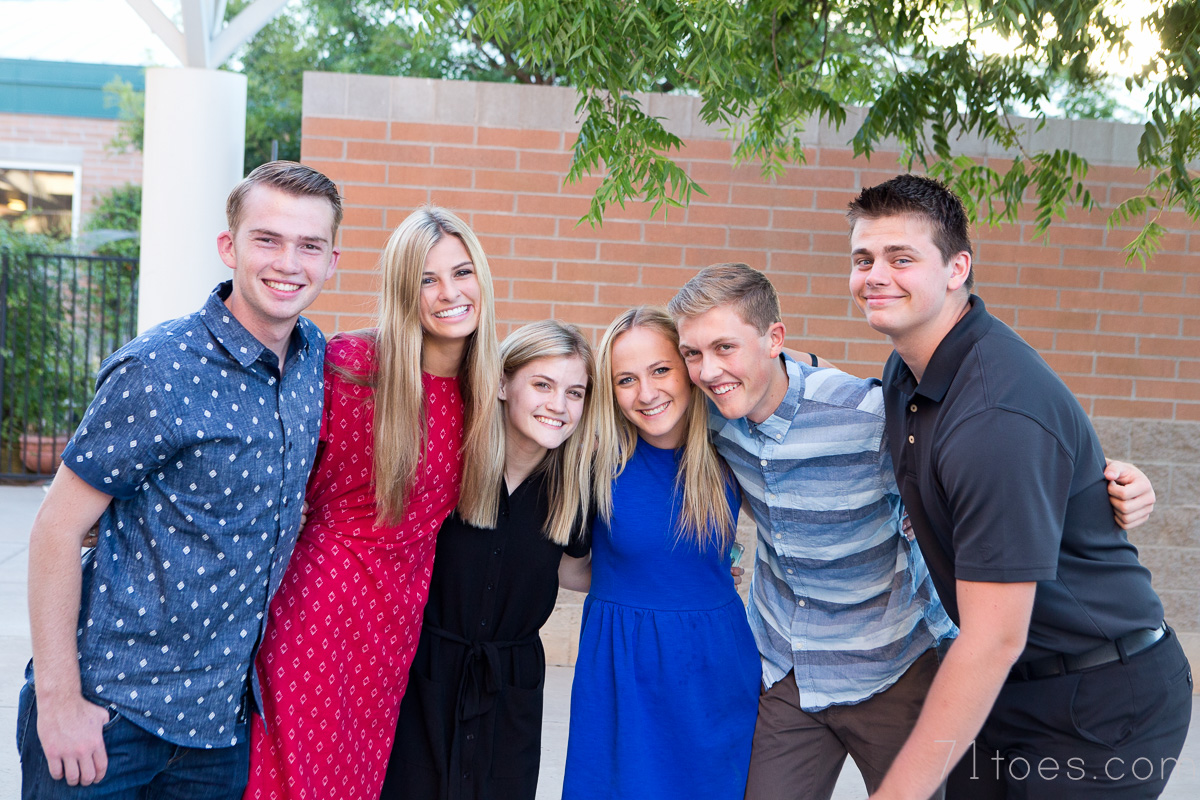 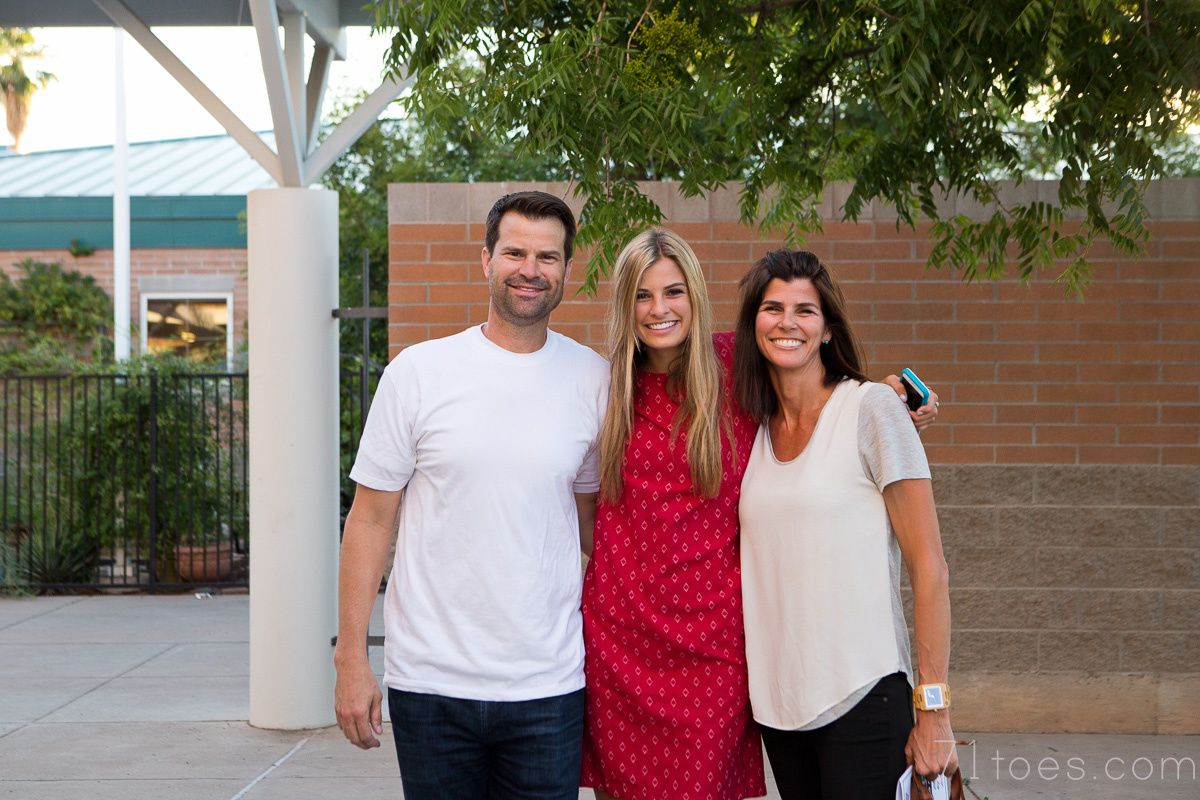 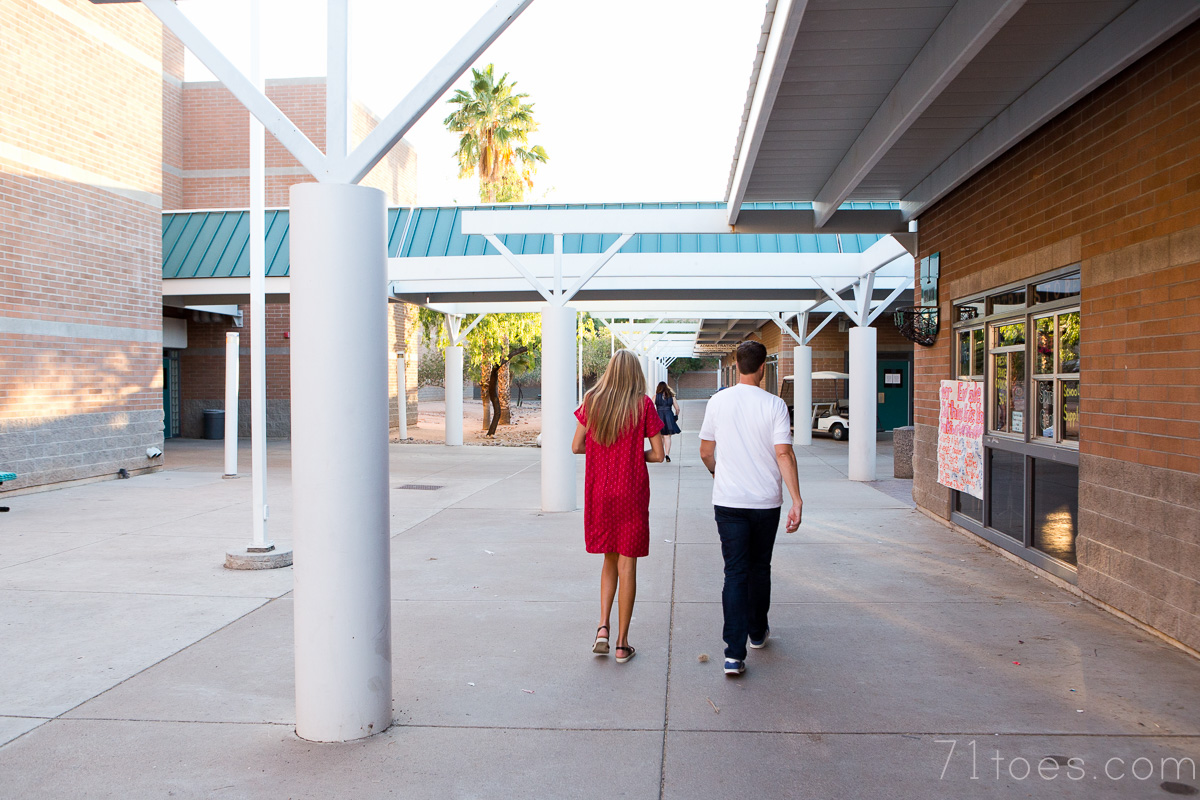 Had to capture her and her Dad walking through her high school for one of her last times.

Everything about graduation made me a little melancholy so just be prepared for that as I document.

When Max graduated last year, he had two cousins graduating at the same time so we had a big shin-dig for the three of them (back HERE).

3)  This year, Elle had a cousin graduating at the same time but not here in the desert, so she didn’t want a party highlighting just her.  She’s a no-fuss-kind-of-a-girl I tell you.

But Dave and I talked her into letting us have everyone over for a low-key dessert extended family graduation celebration for FHE before graduation. 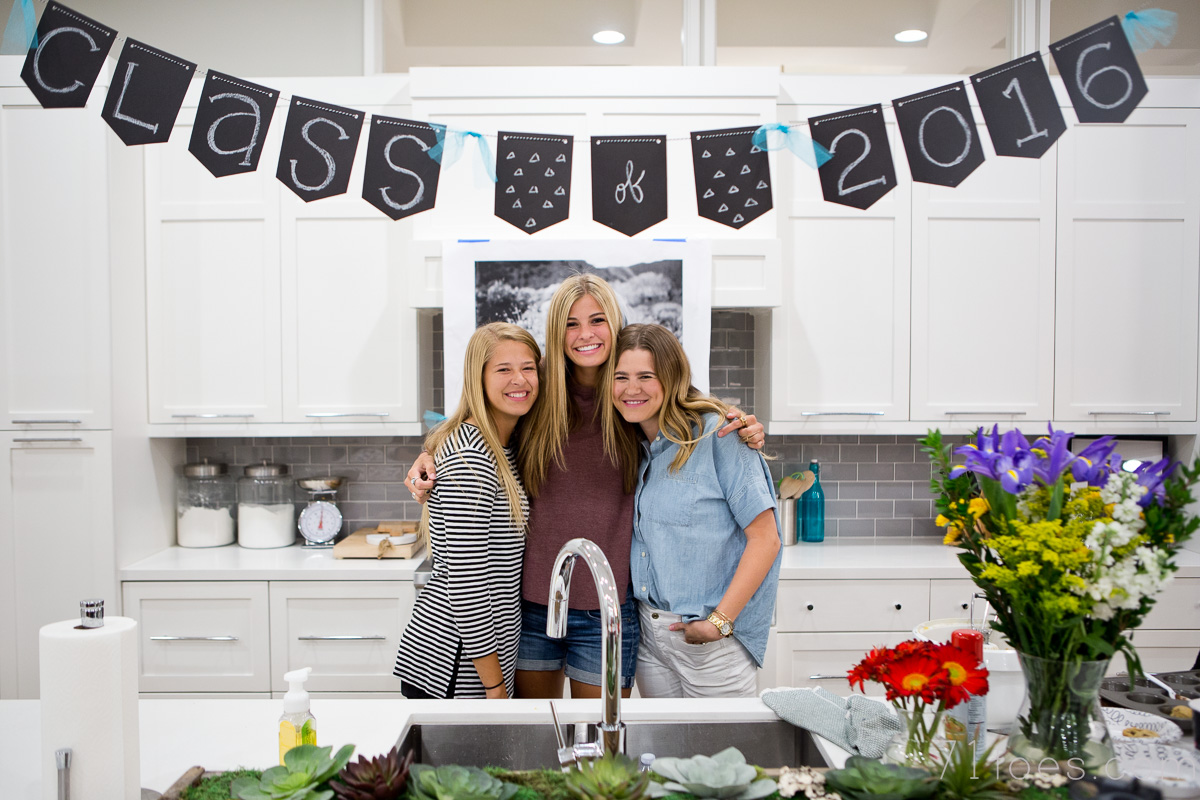 If not for anything else, it’s so great for the cousins to have a chance to celebrate these big kids heading off into the world since they’ll be there before they know it, and they have some pretty great examples to look up to (I am so grateful for all the cousins on both sides of our family who are such great examples to each other!).

I didn’t get a whole lot of pictures, but Dave did a great little “Family Feud” game to see how well all the cousins knew details about Elle. 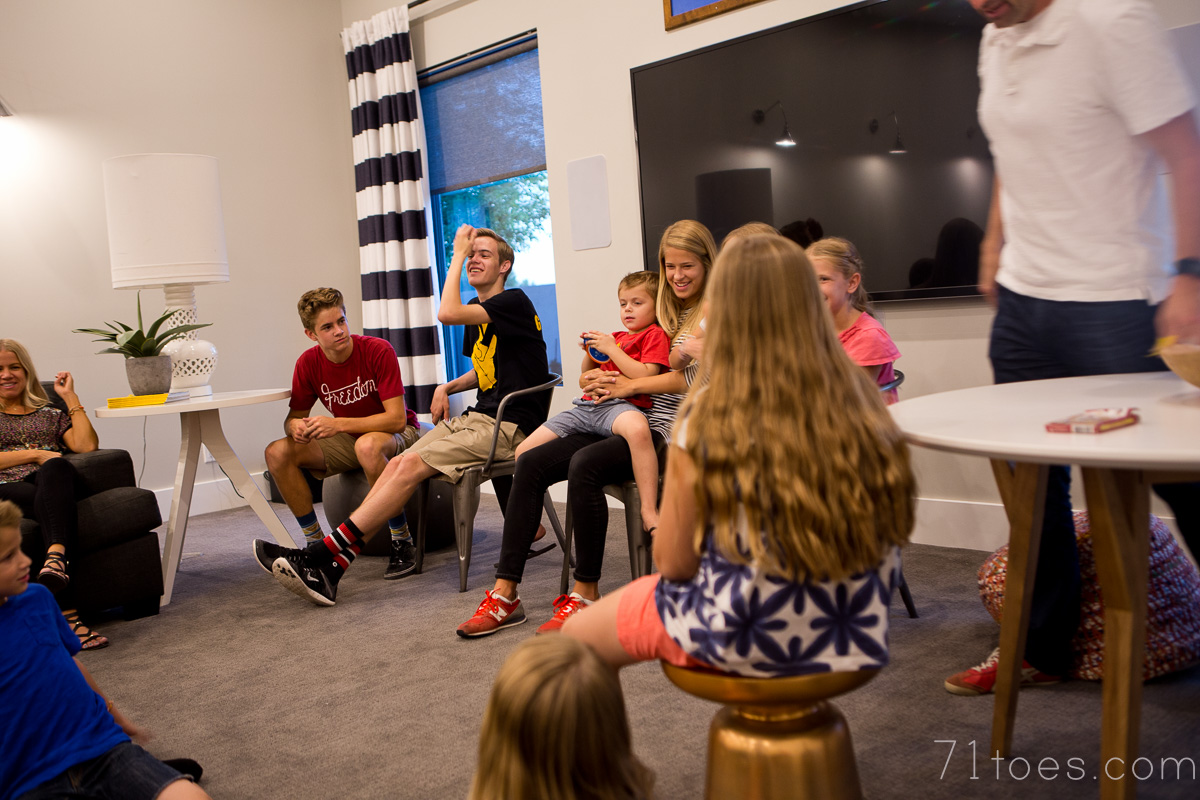 We used the opportunity to get some pictures ready to send Max for his birthday, so have to include that too…because see behind these two?  That was a little slide show we put together for Elle. 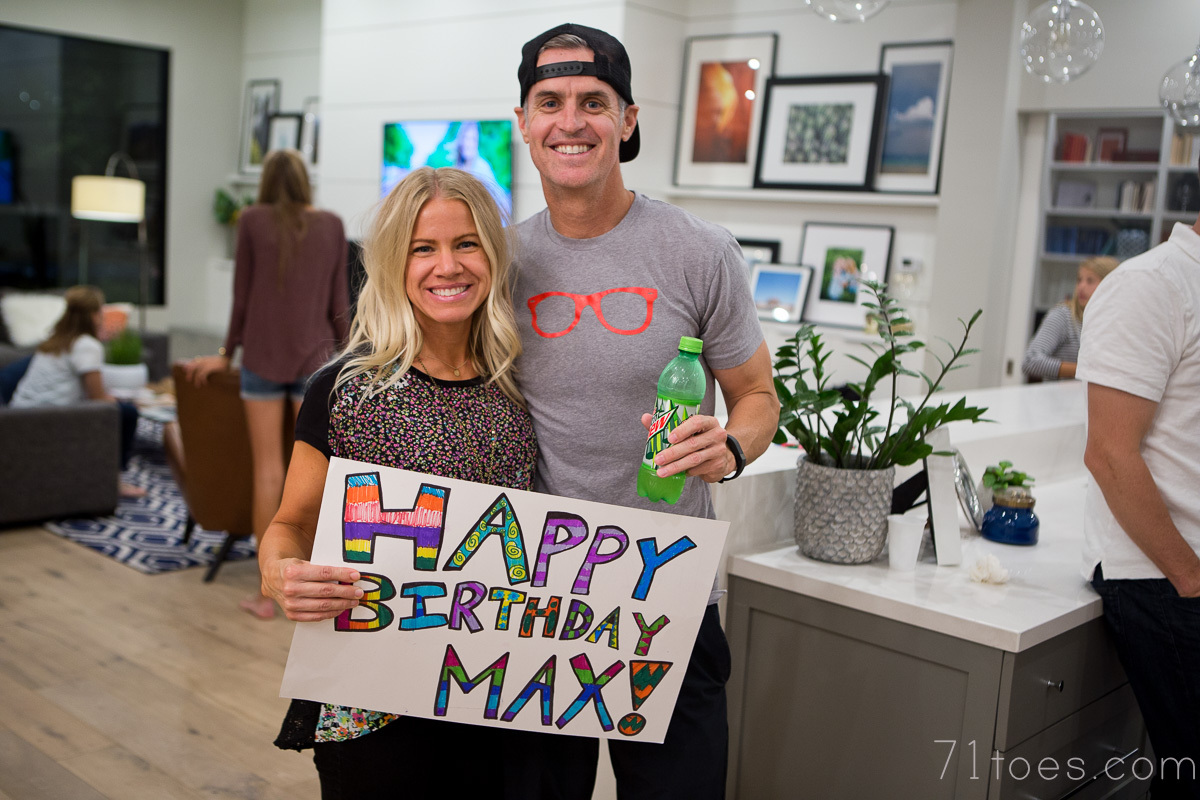 Some day I’ll include a link so we can remember it.
4)  Last but not least, we gathered some of Elle’s best friends to take them out to dinner right before graduation, just like we did with Max and his friends last year (near the end of this post back HERE). 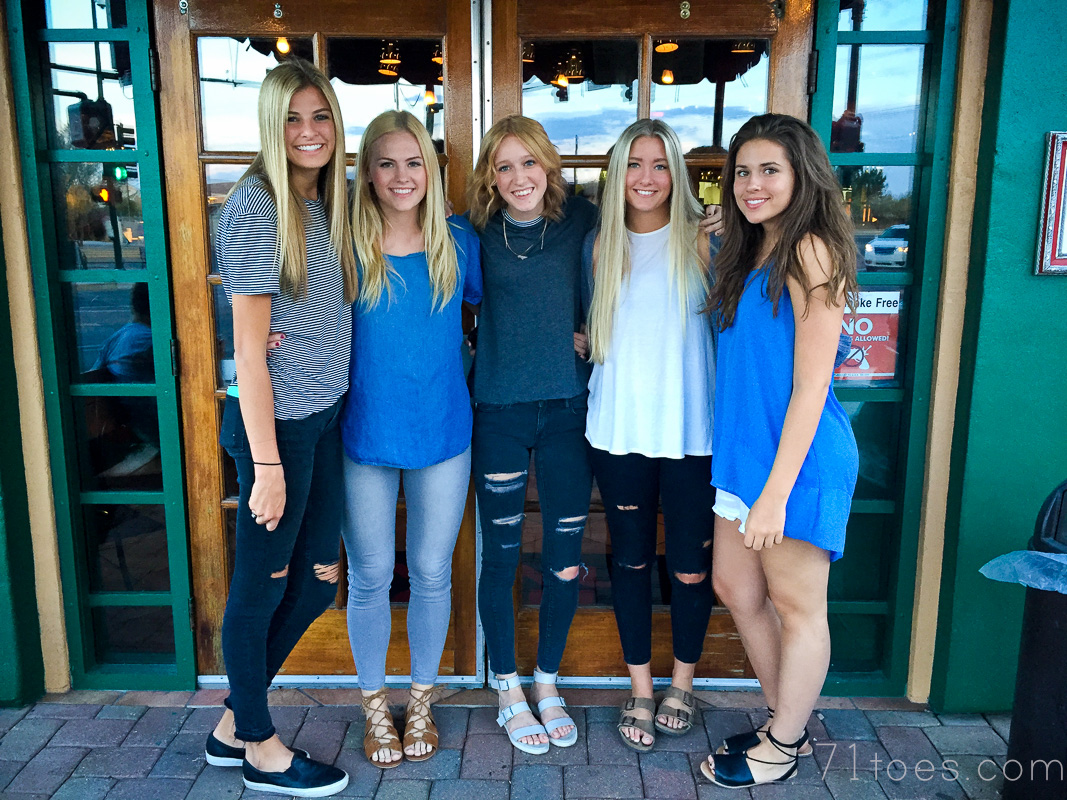 We are creatures of tradition over here and we loved spending that quality time with Max and his friends last year just as much as we loved being with these beauties this year.  So fun to hear more in depth stories about some of the funny things that have happened to them over the years and reminisce on how they became such great friends.

I hate that I get to feel more attached than ever right as everyone is ready to split up and take on the big, wide world though!

Love these girls (and a couple who couldn’t make it) so very much!

I love the poster idea of all the graduates. Congratulations to Elle for working hard and earning good grades throughout her schooling. That is something to be proud of, for sure! Congratulations Elle!
Lisa in WA