When Lucy was born with six toes on one foot, the

…and then there were three.

August 3, 2016
I’m taking a break from documenting summer because it ended today.
And school started.
We are home after a whirlwind summer and they marched off this morning, red-faced from the heat and excited.
Instead of diving into that little fact (that’s coming tomorrow), I want to say a few words about having a shrinking family.
Because it is plain weird to me to send three kids off into the wild blue yonder after doing it with five for so many years.
On Father’s Day this summer, I had just arrived home from getting Elle settled in at college.  We sat down for our Father’s Day dinner and Dave and I caught each other’s eye.  At that moment we knew exactly what the other was thinking.  We missed our big kids.  A lot.  There we sat, at our huge round table with too many empty chairs.
Don’t get me wrong, it is so great to have these three at home.  I’ve been so excited especially for Grace to move into the “leader of the pack” position because she’s gonna be good at it.
But it is sad to let kids go, I tell you!
For a couple days it was like our walls were echoing.  All those teenagers who flanked them so much were gone, spread out all over the world.  It was eerily quiet.
Then I noticed some sparkling cider I had bought for graduation we had forgotten to toast with.
And right then and there, I decided it was time to get a grip.  We had some serious things to celebrate after all.  Our kids are all progressing!  And all in pretty beautiful ways!  I decided the younger three needed to have a little advancement celebration to commemorate their new “spot” in the at-home family just like our elementary school does at the end of the year when the sixth graders move on (back HERE).
So I told the girls we were going to have a very special dinner that night, and it was going to be a surprise.

They were so excited to see what it was all about.
I decorated up the table all fancy and invited them to their “Advancement Dinner” where we had a toast to being the FABULOUS THREE. 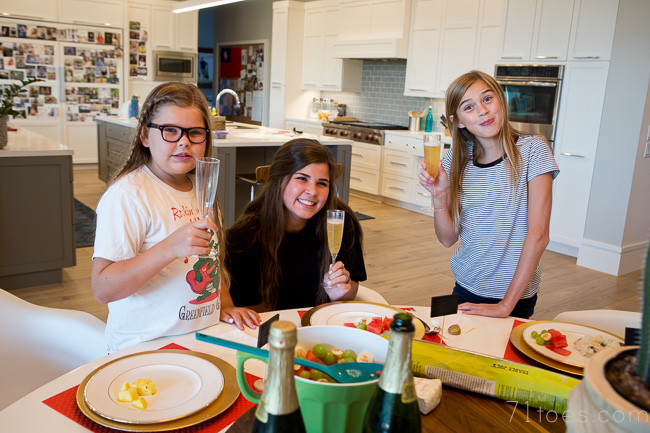 And we talked a little about what their new “ranking” entailed and how excited we were that they got to step up to the plate being leaders. 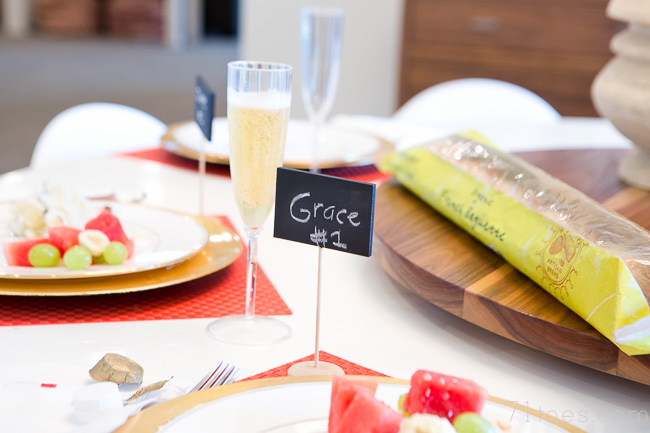 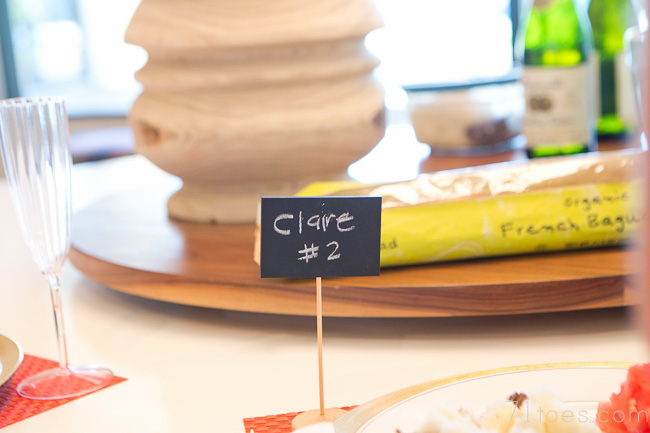 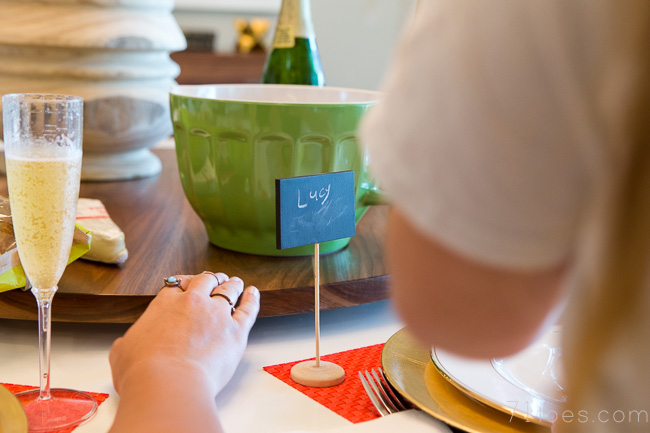 (Lucy apparently prefers to be number five over number three so she wiped hers off…  Ha!) 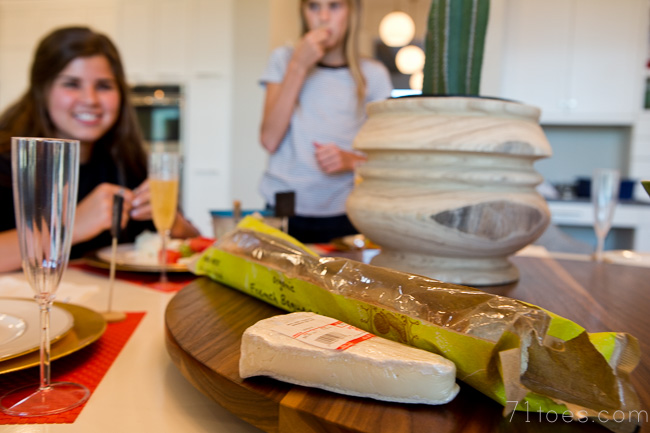 And celebrated these three amazing girls of ours we adore so much. 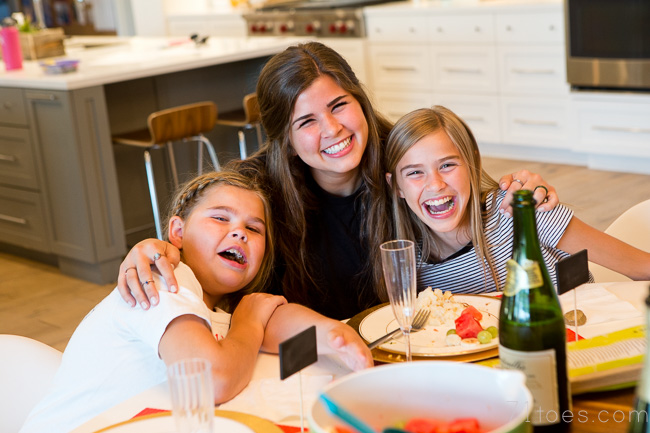 Man alive we are lucky.

Dave was still working on the excitement. 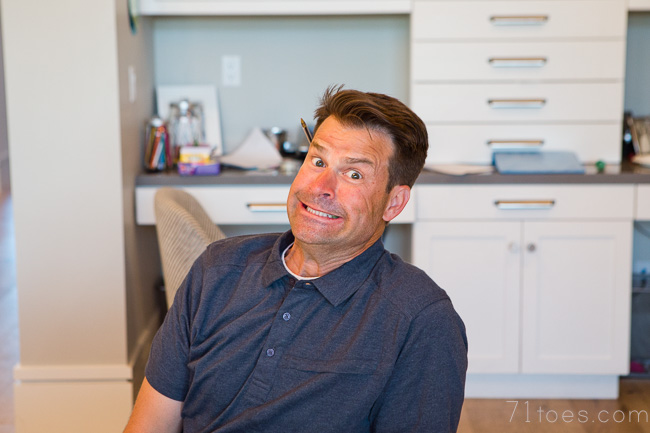 (haha, I kid, but I love that face)
Sure, we miss those older two like crazy and I don’t imagine that will ever end.
And our house still echoes.
But we sure are excited to be able to really focus on these girls at home and watch them blossom.
We are going to have FUN.
9 comments 0 FacebookTwitterPinterestEmail

tips on raising teenagers from “in the arena”

some thoughts about how to raise contributing adults

the steep climbs and beautiful vistas of parenting...

boundaries in the midst of a coddling world

the gift of a pen — some parenting...

I love your refocus! Sometimes as a Mom it is hard to do that and readjust to time, trials or just life. Thanks for the reminder to shift my focus and find joy.

I love this x

WHY did this post make me tear up so bad?? Maybe because I'm terrified for the day my kids start growing up and leaving me. Or maybe it's because of the way you gave your remaining three something so special. Bah! So great!

You got this!! Full steam ahead.

That is such a great way to deal with it! It's really hard when they grow up and don't need you so much anymore.

Luckily my son, who is a junior at our local University, still lives at home with us. He goes to school, work, the gym, etc so he's gone a lot, but I still get the day-to-day interaction – which I would SO miss if I didn't.

Have fun with your 3 beautiful girls!

I love your excitement and positive way of looking at life changes……but thank you for keeping it real and being real. thank you!!!!

You will be a MIL and a grandma before the younger kids graduate. Growing up means more family not less.

You are so inspiring. I feel like reading your blog is preparing me for my future. Thank you for that.

Oh this made me tear up. YOU'RE SUCH A GOOD MAMA. Way to shift and change that perspective. Amazing amazing!