Home once upon a time on a 4th grade hike…

once upon a time on a 4th grade hike…

First of all, her mom got to be a chaperone.

But the second reason she was excited was because it was a field trip.  And, well, field trips are fun.

Her mother knew a little better.  Sure, field trips are fun.  And she loved being with that daughter of hers.  But she had been on enough hikes with that girl that she knew they were tough and getting tougher with her daughter’s declining eyesight.
So although she was excited to be out and enjoy the beauty of the desert she loved, there was darkness in her heart created from a seed of worry.
Still, the way the sun shone that morning did a good job of dispelling worry.  They arrived at that beautiful spot and mother and daughter hearts bound together wanting to sing at the beauty surrounding them. 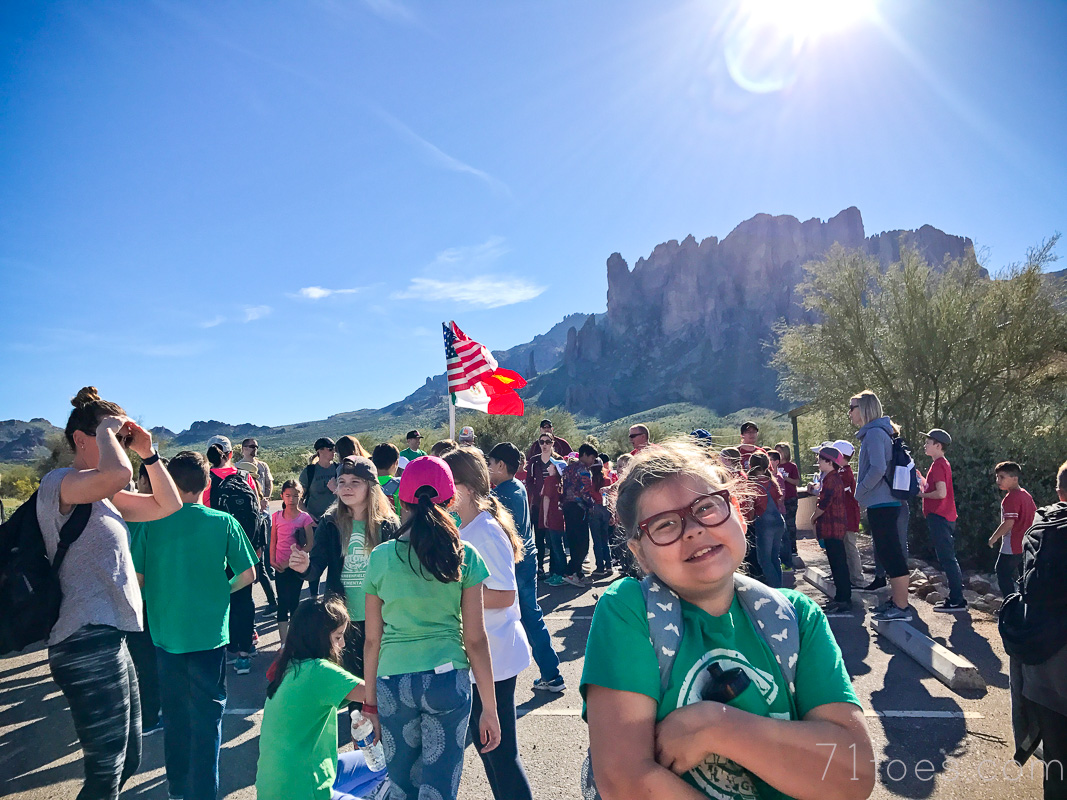 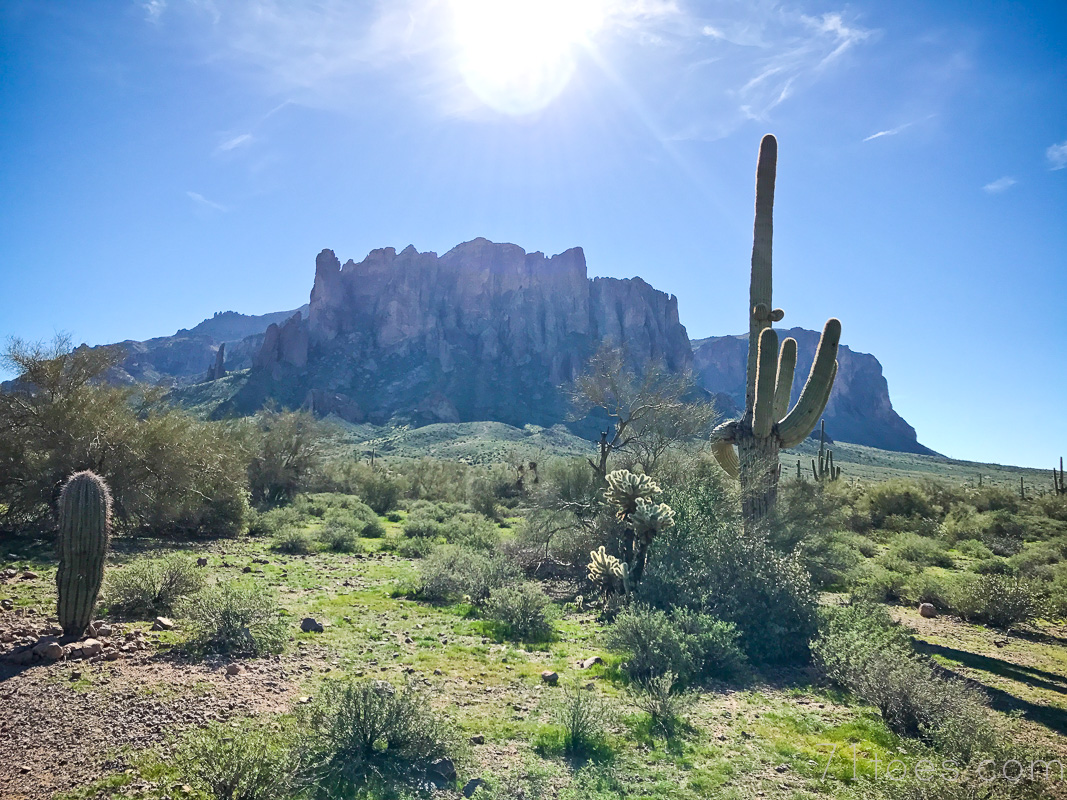 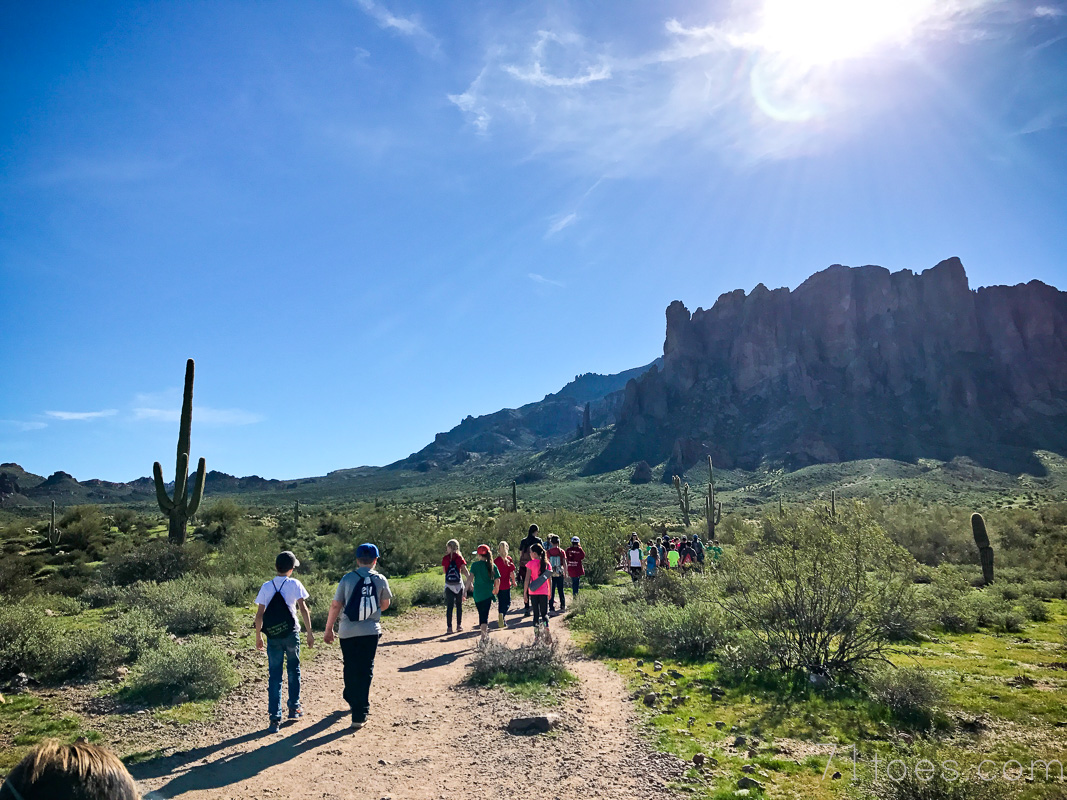 Those tough 4th-graders followed in formation into a stream of climbers. 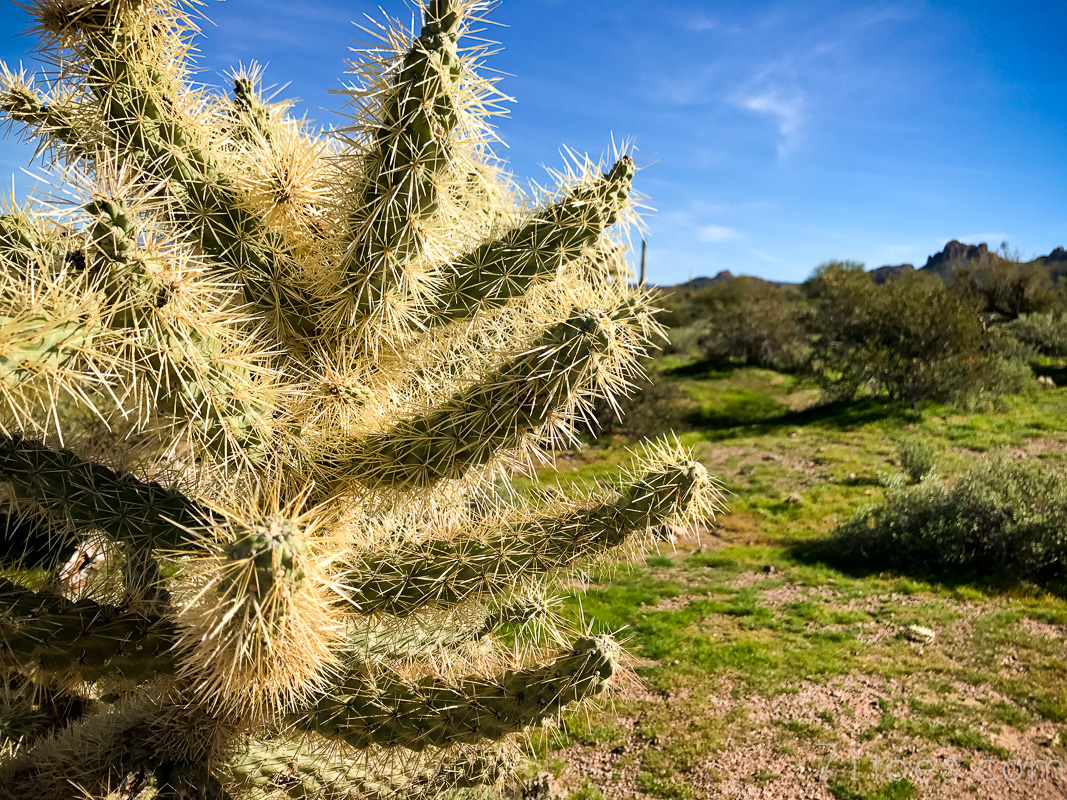 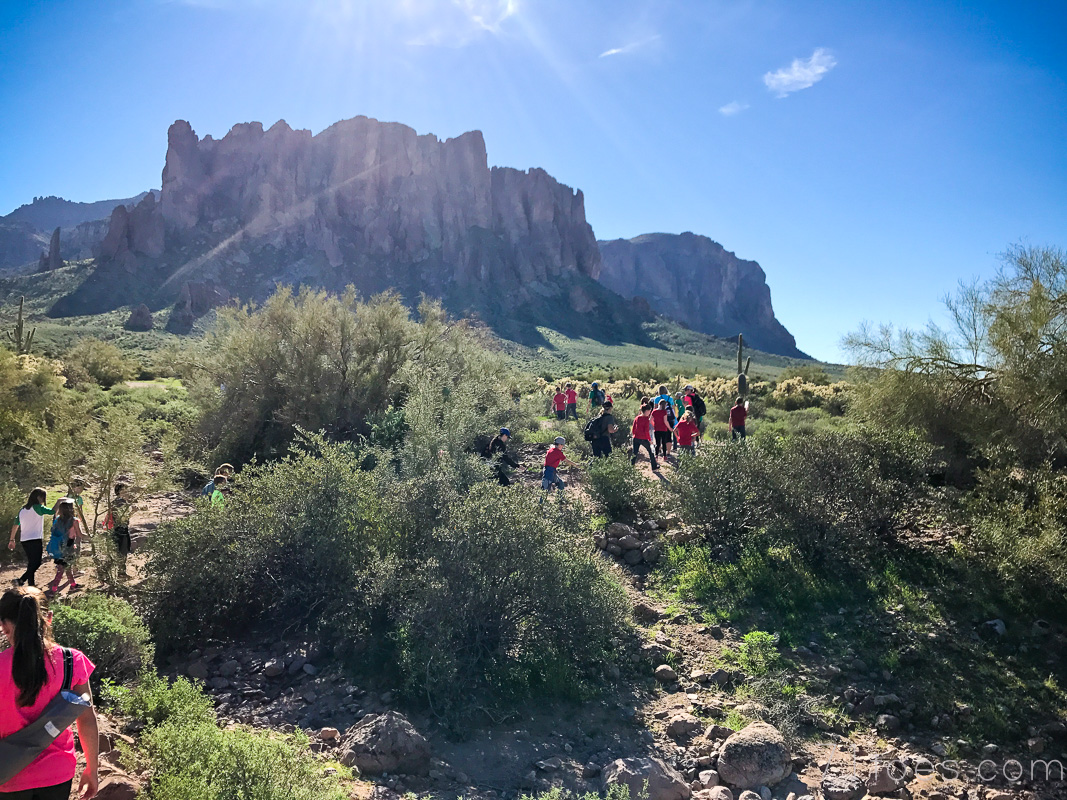 Up and up they went, carrying flags symbolizing things the were going to learn at the top about how their state during the gold rush days. 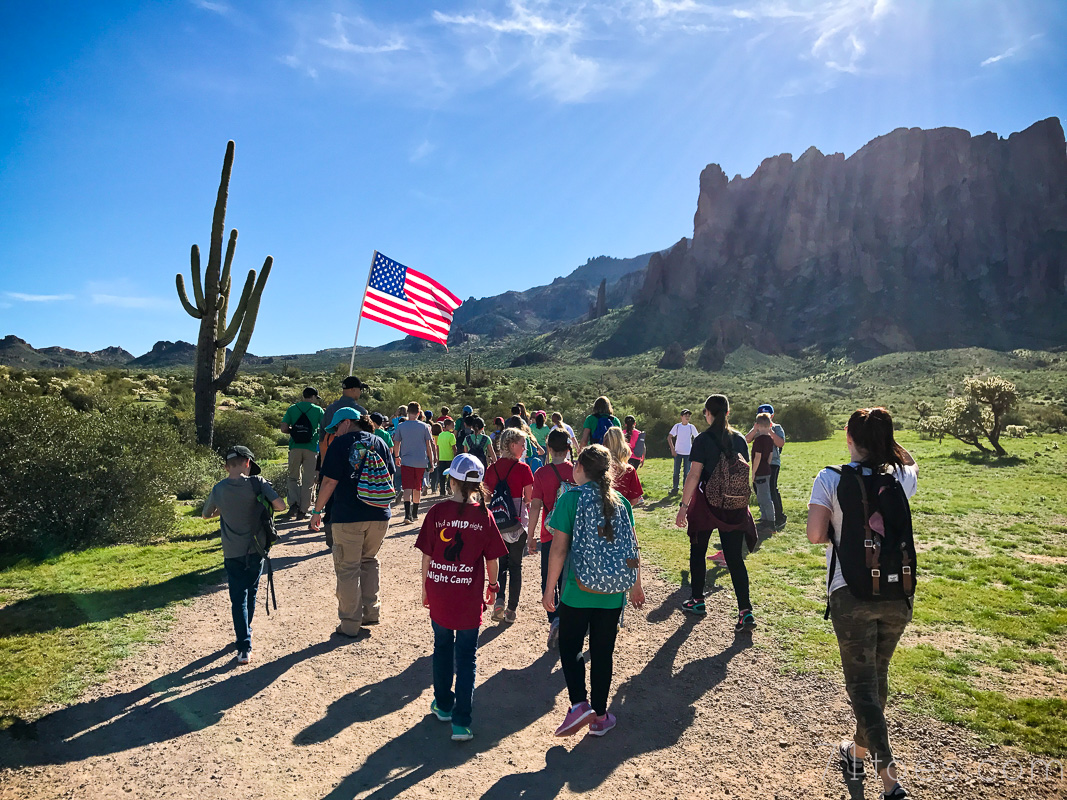 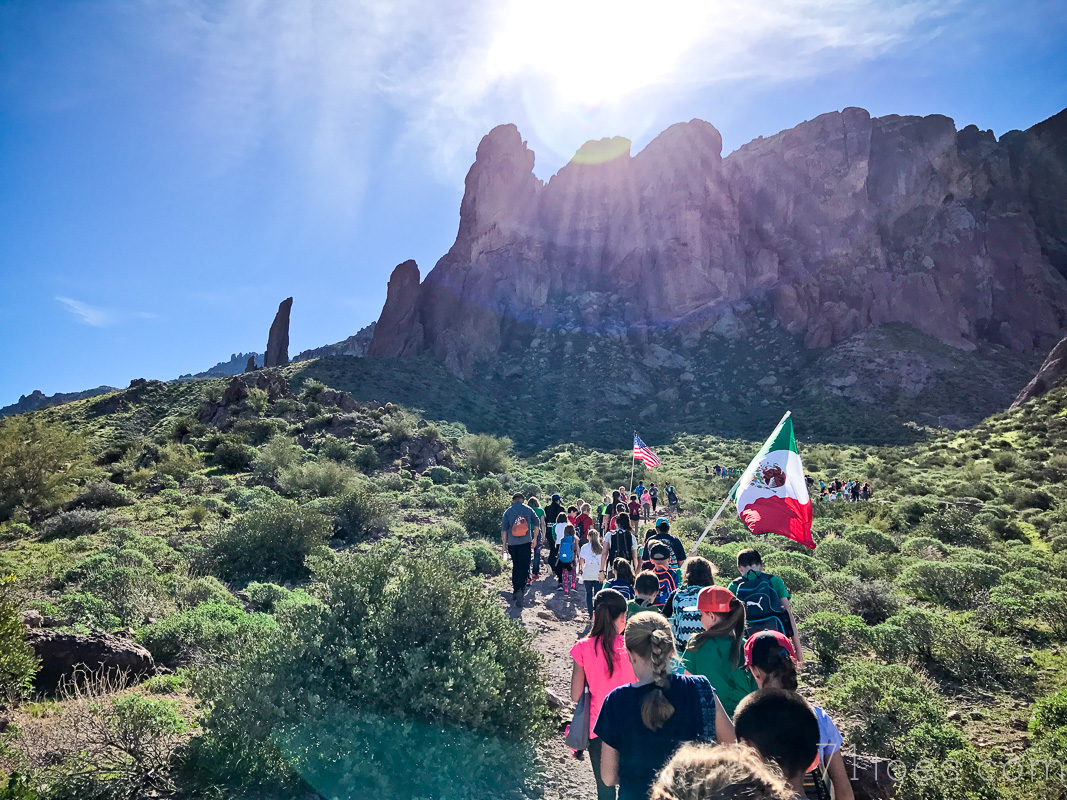 And one conscientious little friend stuck with that 4th-grader with the declining eyesight right from the start. 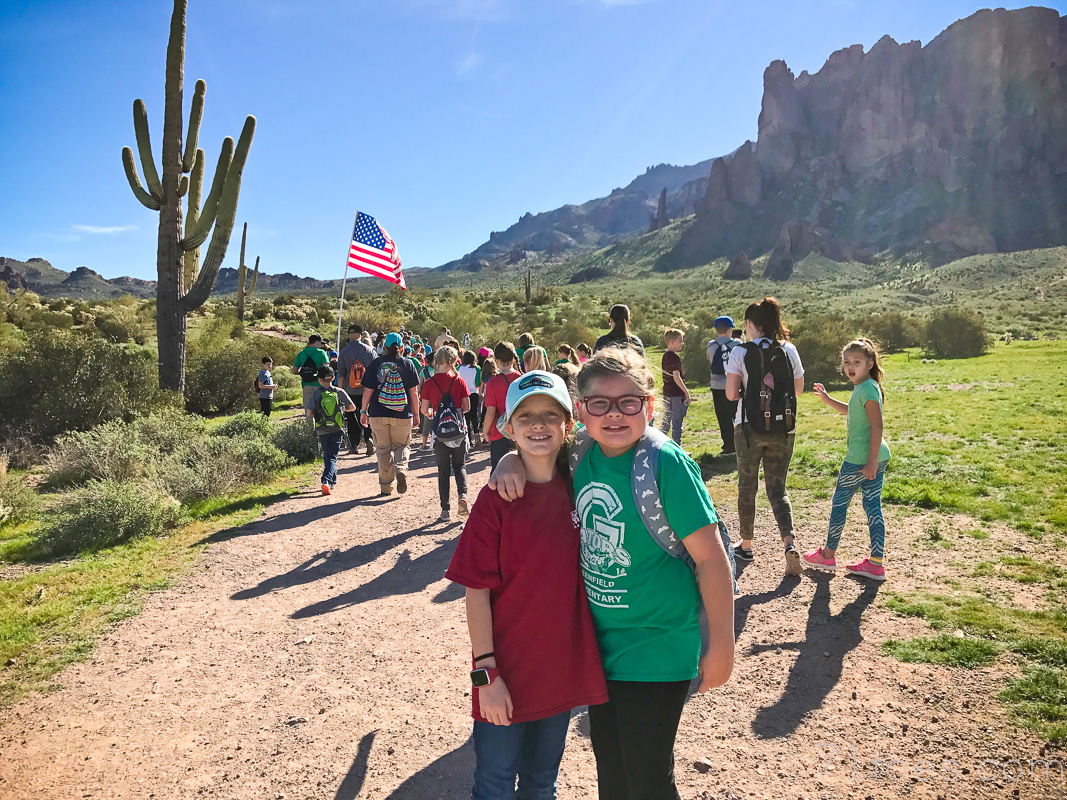 It wasn’t because anyone asked her to.

It was because she was a true friend. 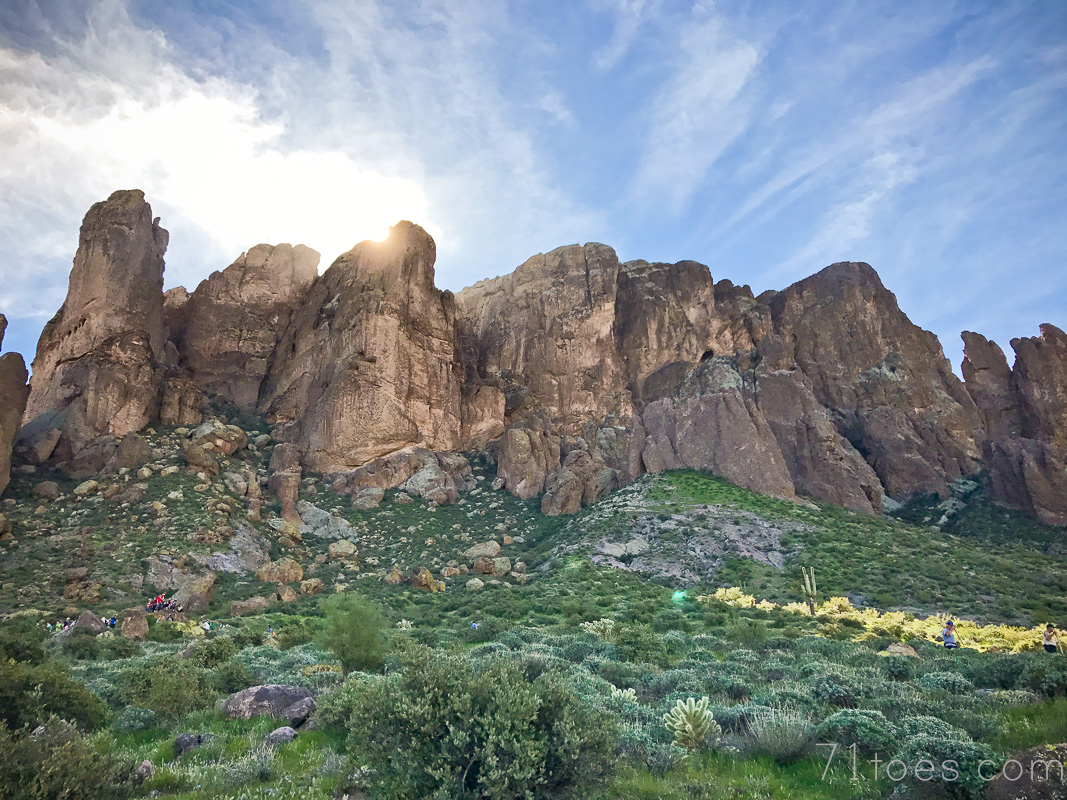 And because her daughter was so watched over, her mother hung back with some of her friends she loved, who happened to be chaperoning along-side her. 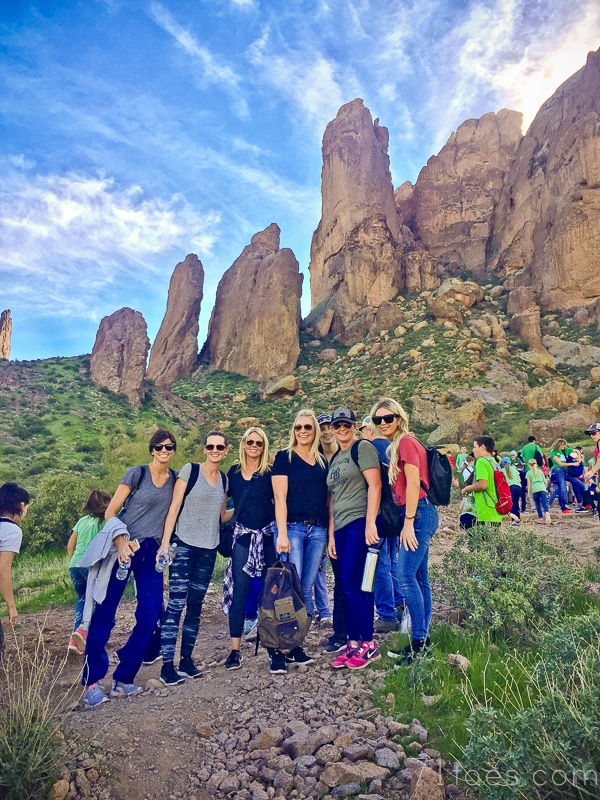 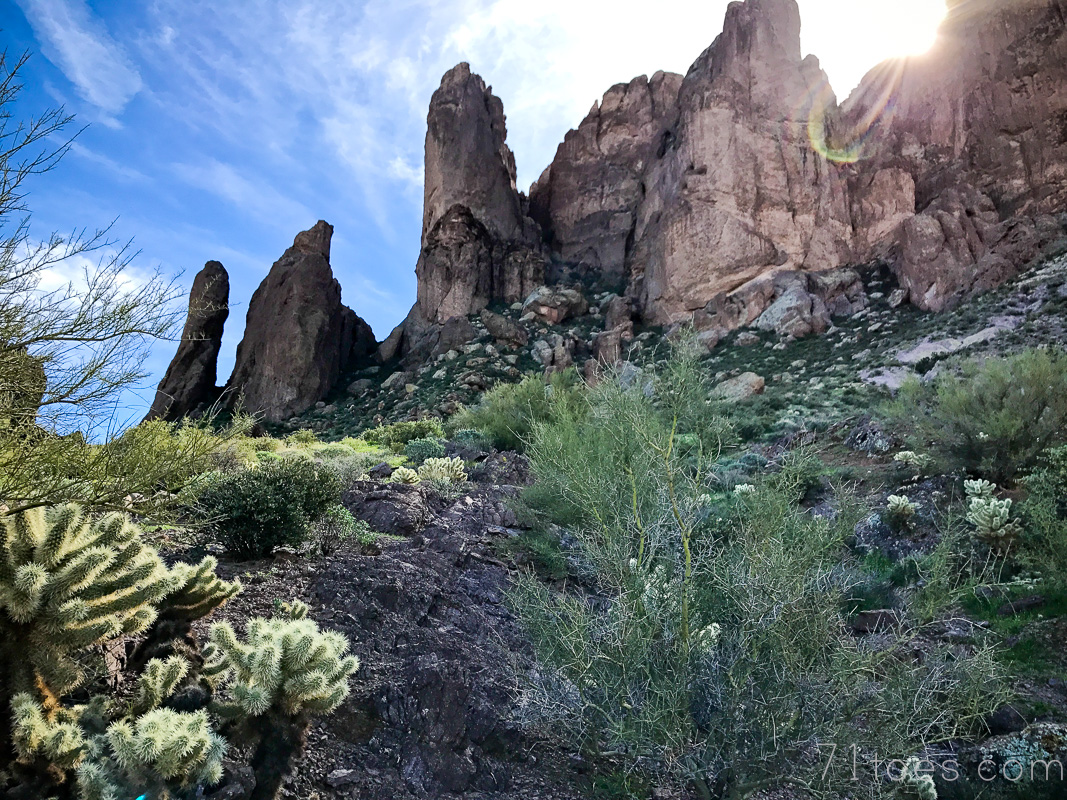 Gradually, as it tends to happen when one person makes a choice that brings light, other friends found their way to the girl who needed them as well. 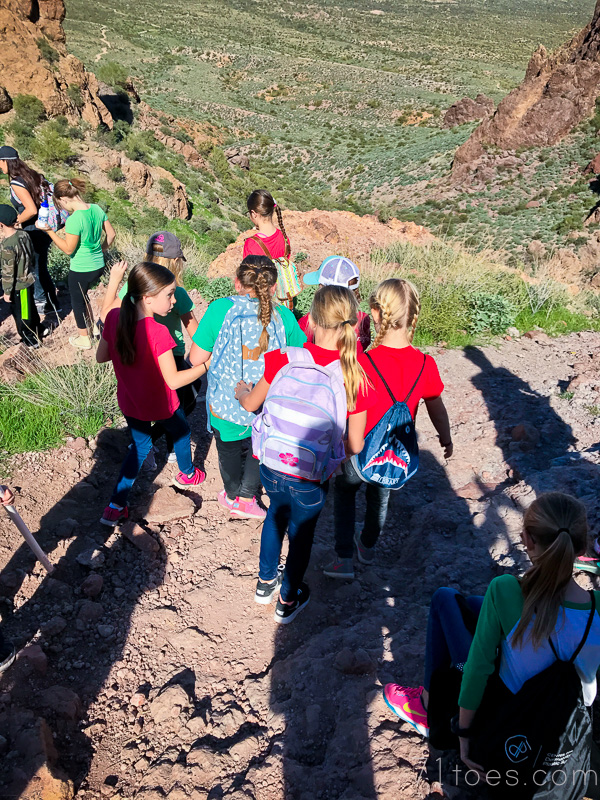 Half-way through the hike that girl had flanks of friends each taking turns holding her hands to help her the whole time. 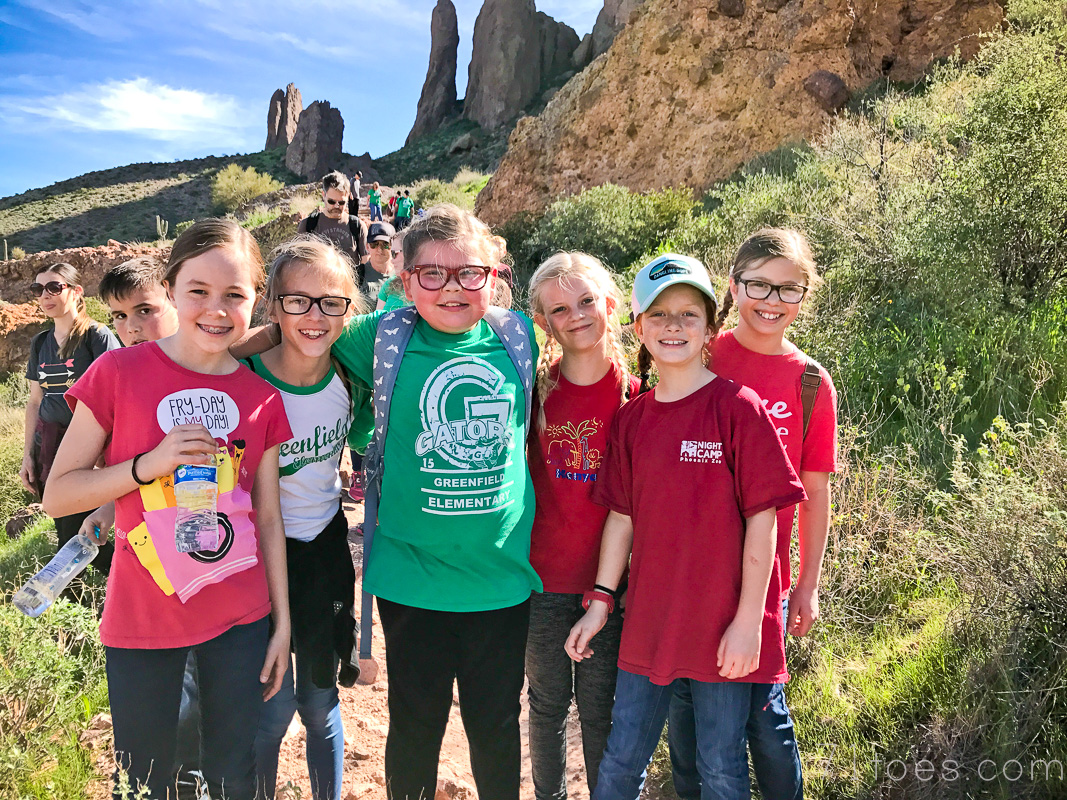 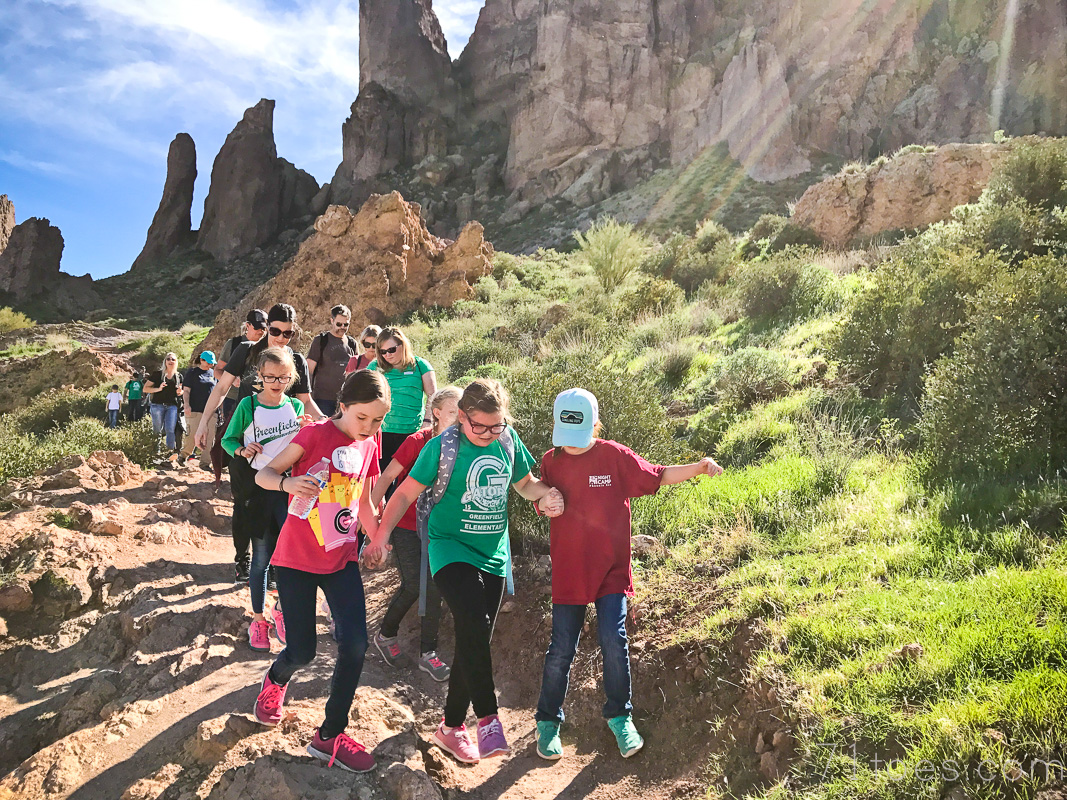 As you can guess, walking along that beautiful spot with the sun peeking out behind the mountains, that mother’s heart wanted to burst right out of her chest.  It was so filled with love for that girl of hers, for her friends, for the army of good teachers and helpers that surround her, and for that land where they got to live. 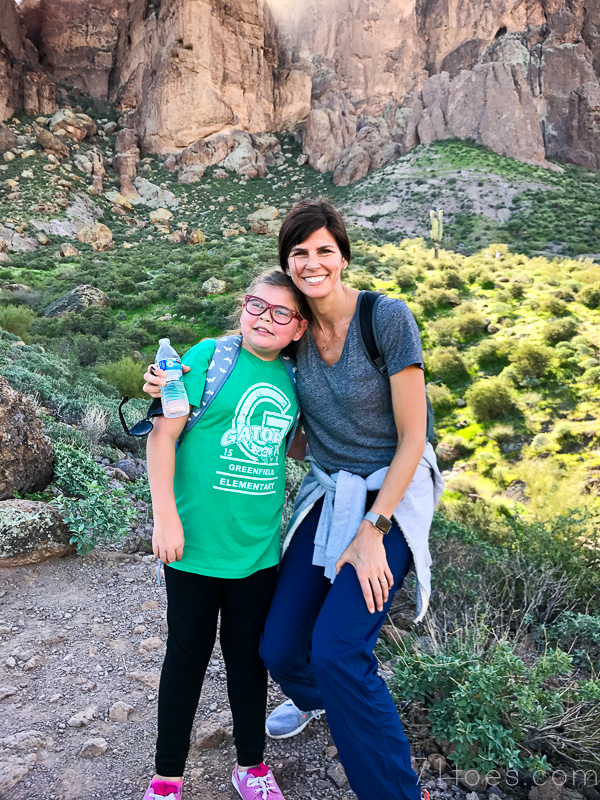 The group sat at a spot near the top and listened to all kinds of stories brought to life by a teacher who has avidly studied that area.  He told how the gold rush changed that beautiful spot and turned it into a haven for mining to seek out fortunes.  He wove in so many interesting facts in such a fascinating way those 4th graders are sure not to forget.  One story related outlined how the remains of explorers were found not overly too many years ago along with a bag with $42,000 worth of gold.

One of the most lucrative mines was left by a man who was killed by a Native American.  No one has had any luck finding that mine since.

Some kids found “gold” on the trail (some teacher had spray-painted some rocks and distributed them along the trail to help the kids get into the story). 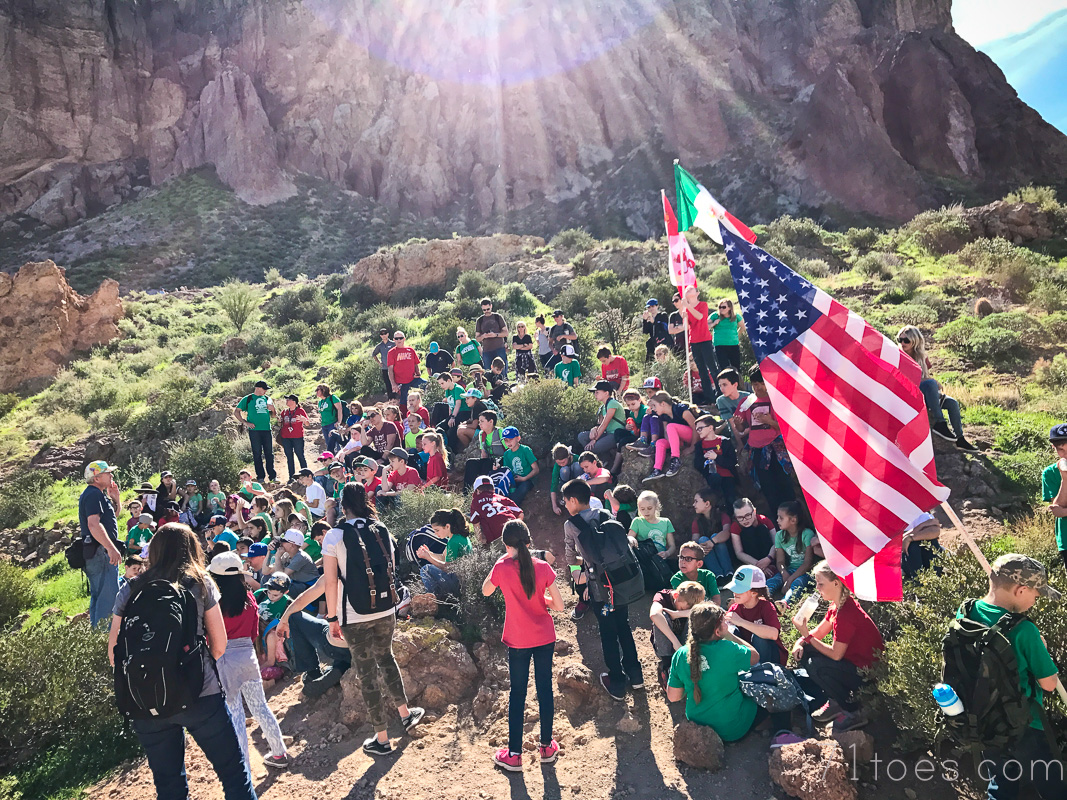 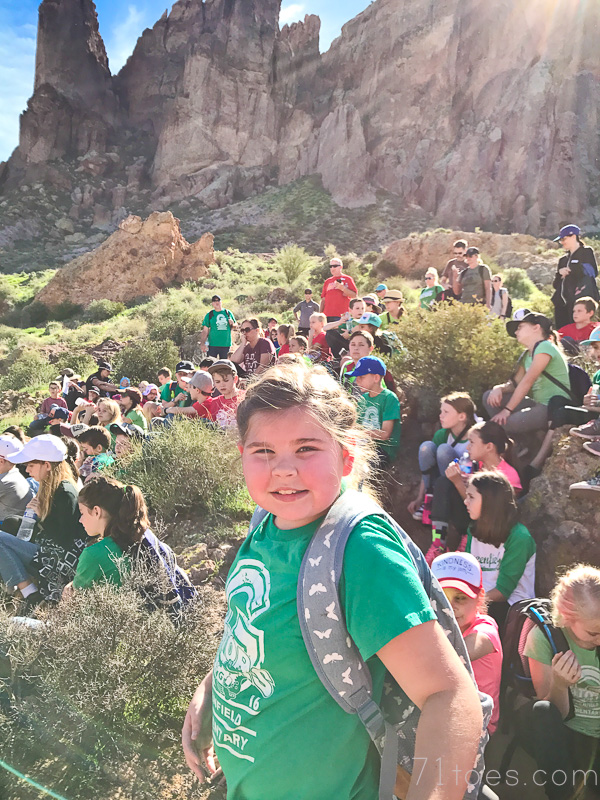 The stories were about finding gold, but this one particular 4th grader had her own golden nuggets attached to her arms, telling her where to step and where the next step would be.
Those girls were not asked to hold her hands.  Or encourage her.

They were just simply made of pure gold. 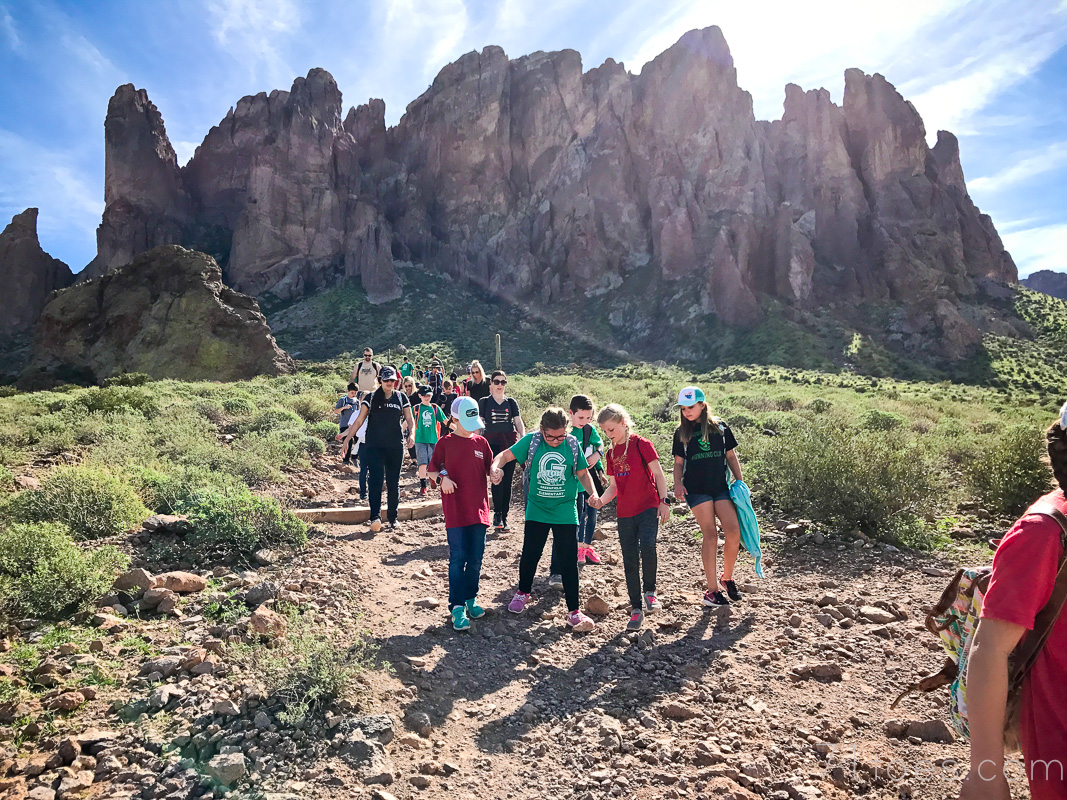 And all of them shone brightly in the slanted sun rays that day.

Beautiful and so inspiring!

One of your best Shawni!!!

With all the divisiveness going on in the world, it's so wonderful to see such a pure expression of kindness. Go Lucy's friends (and teachers and parents)!!

Oh, this warms my heart!! So happy that you & your sweet Lucy were able to have such a great experience. I'm sure it was a memorable experience for those friends of hers who helped as well. ❤️

So beautiful!! The story, the scenery, all of it❤️

Well shoot. This one had me in tears. Boy, all I hope for is that my children will be those kind of "golden friends" to others, and grow as brave as Miss Lucy.

I cannot imagine how you and your family wonder and worry about the future for Lucy.
This was a very sweet post about the kindness of her friends and Lucy for accepting their assistance and friendship.
I can imagine how your heart swelled with love and appreciation for those thoughtful girls and their love for Lucy. Thank you for sharing…and pass the tissues!
When we drive south to see two of our sons and their families, I love watching for the Joshua trees and the Saguaro. There is beauty in the desert!