May 15, 2018
Claire went from not knowing much about volleyball to falling in love with that sport over the course of this school year.
It started with signing her up for the rec. team, because I kept having this nudge that although she was LATE to the girls’ volleyball game world, we should at least give it a try knowing her future potential height, and Elle’s thoughts about kind of wishing she had given it a fair try.
At first Claire and her friend who signed up together looked at each other with sheepish smiles because they had no idea what they were doing (a little more about this HERE and HERE).

But gradually they figured out the rotations, how to hit that ball so their arms wouldn’t sting (ha!) and all the positions and their jobs.
They worked so hard and had fun. 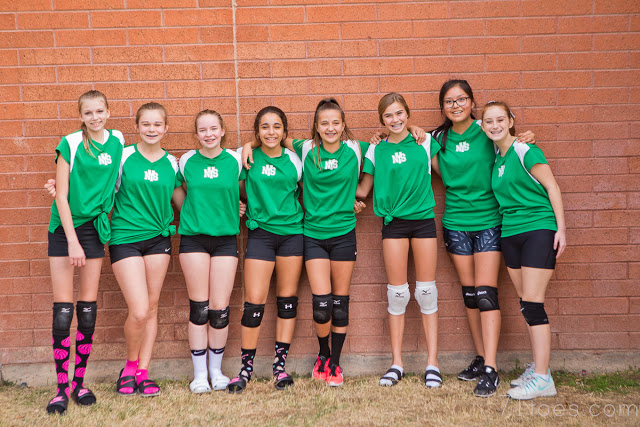 It was a good enough introduction to volleyball that Claire wanted to try out for club volleyball.


We debated because you know, that girl is doing a lot of sports, but she was pretty excited about the option, and to be honest, we were too..so she tried out.
She became a “practice player” for the second level team in her age group in this particular club we had heard good things about.  We figured that was a good spot for her since she was still in club soccer and we didn’t know if we could cover both sports on Saturdays (practice players are considered part of the team, but only go to tournaments if one of the other players isn’t available).
Turns out almost every match happened to have a player missing so she got a lot of good play time…when it didn’t overlap with soccer. 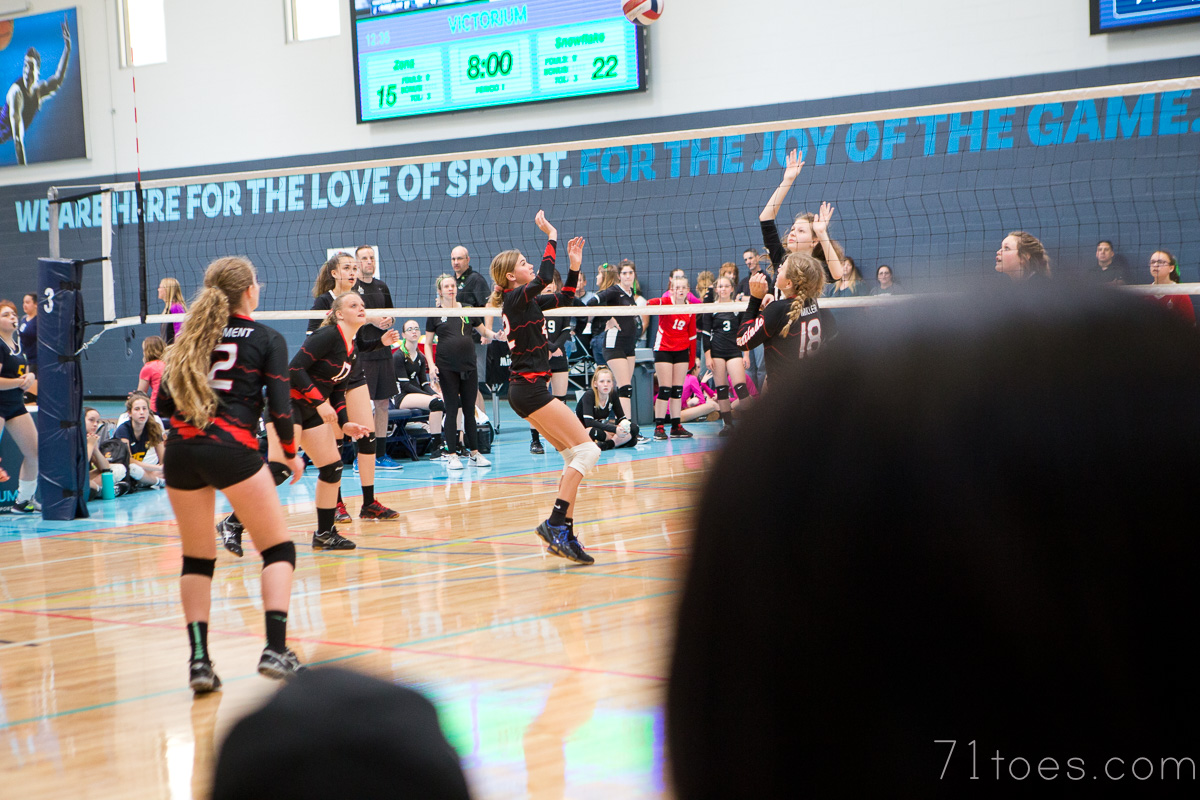 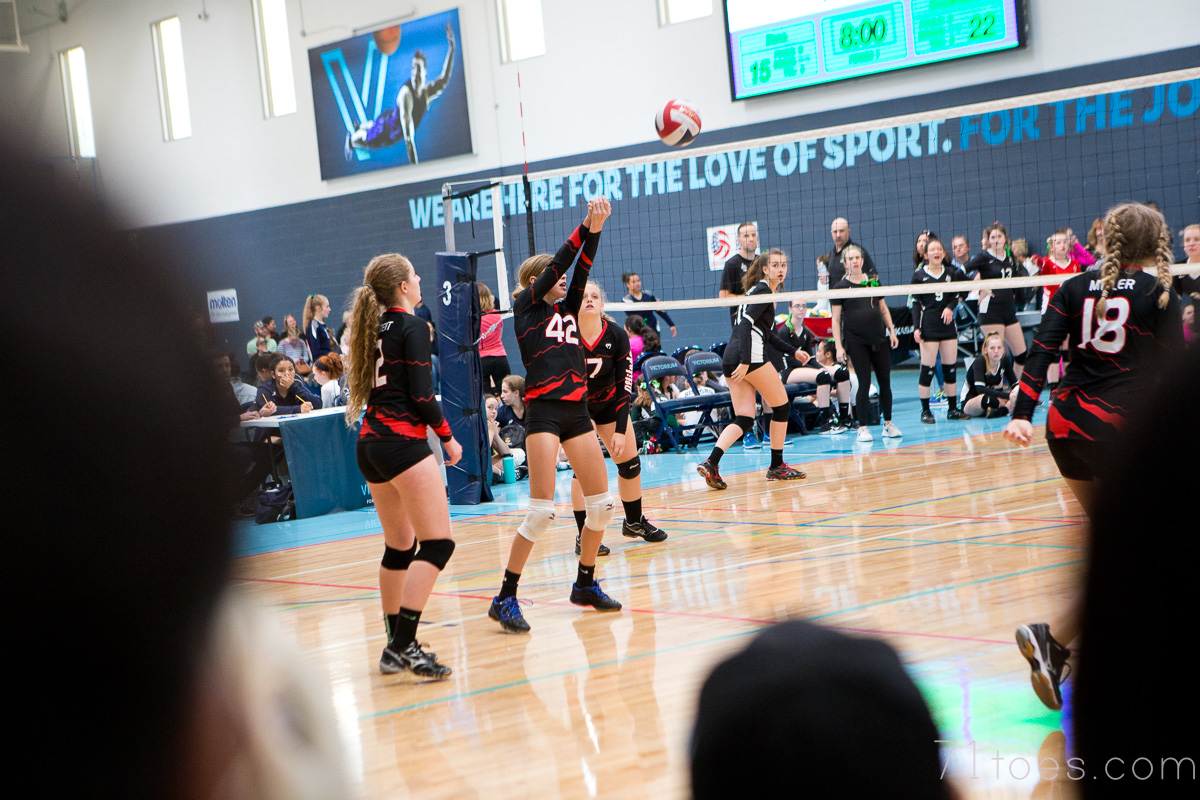 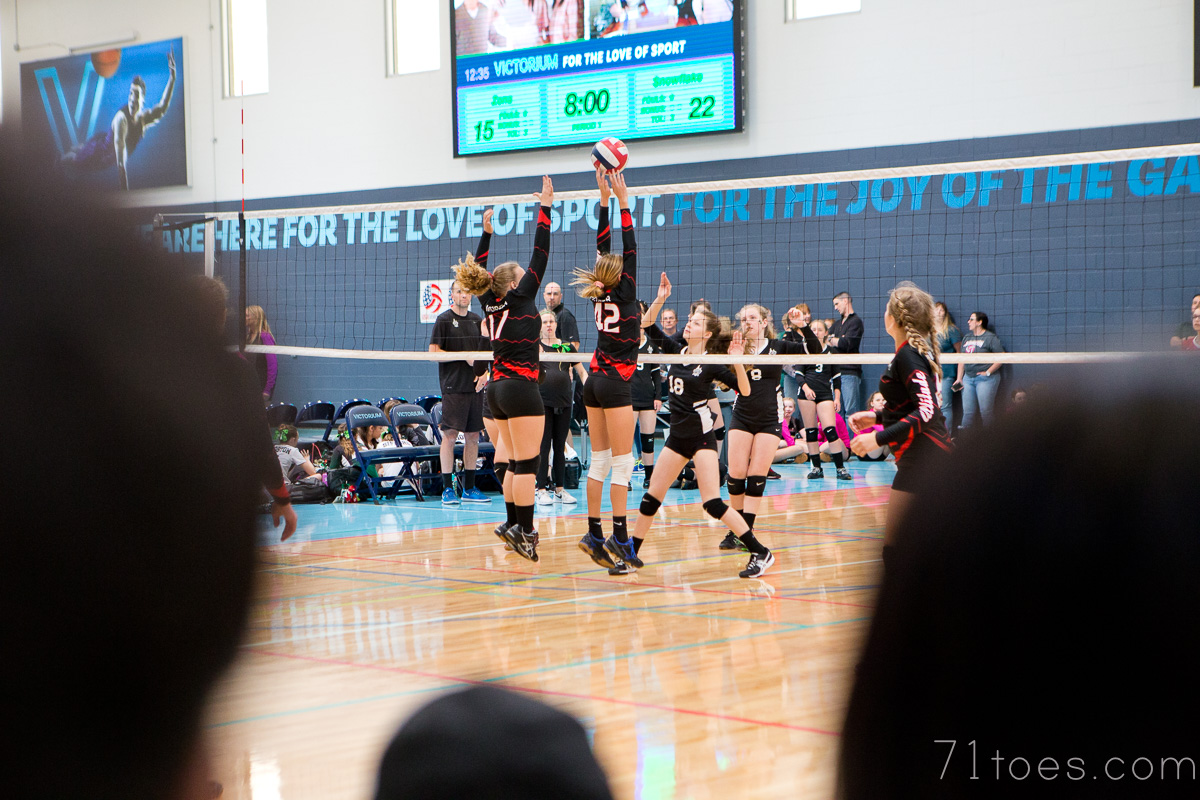 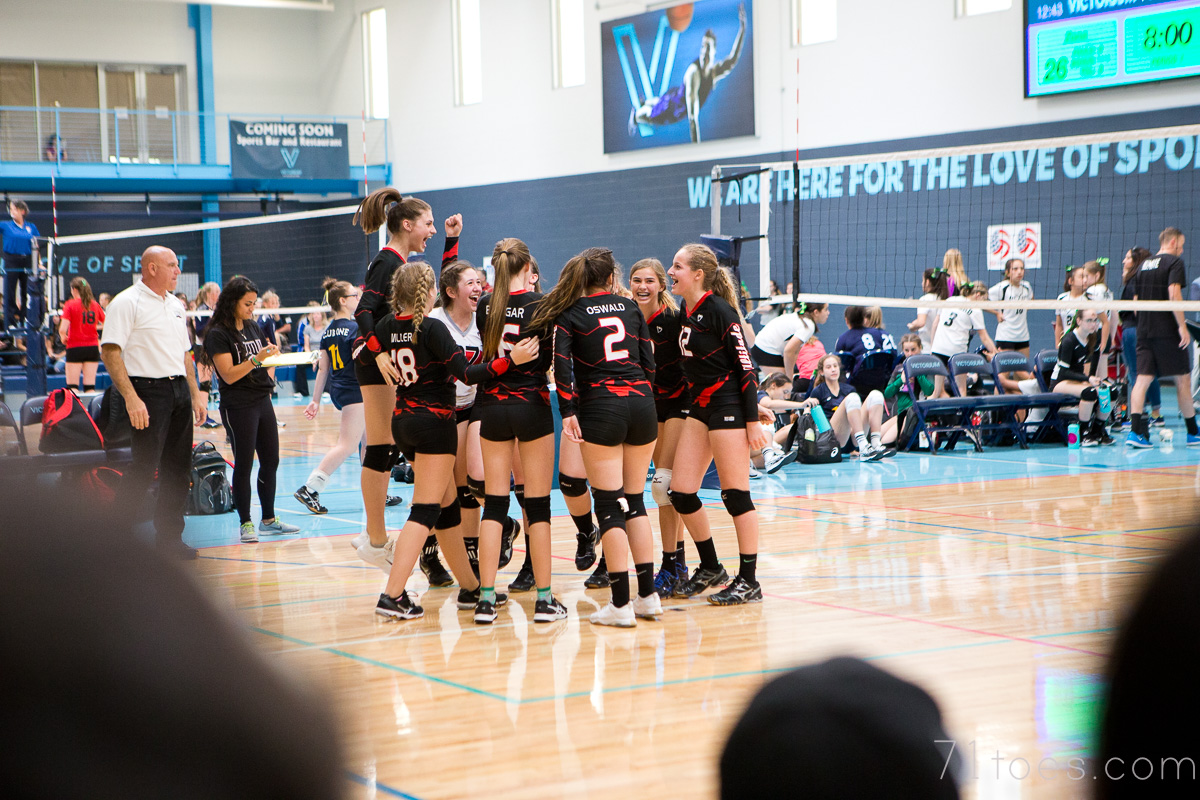 They had some good victories as well as some good defeats. 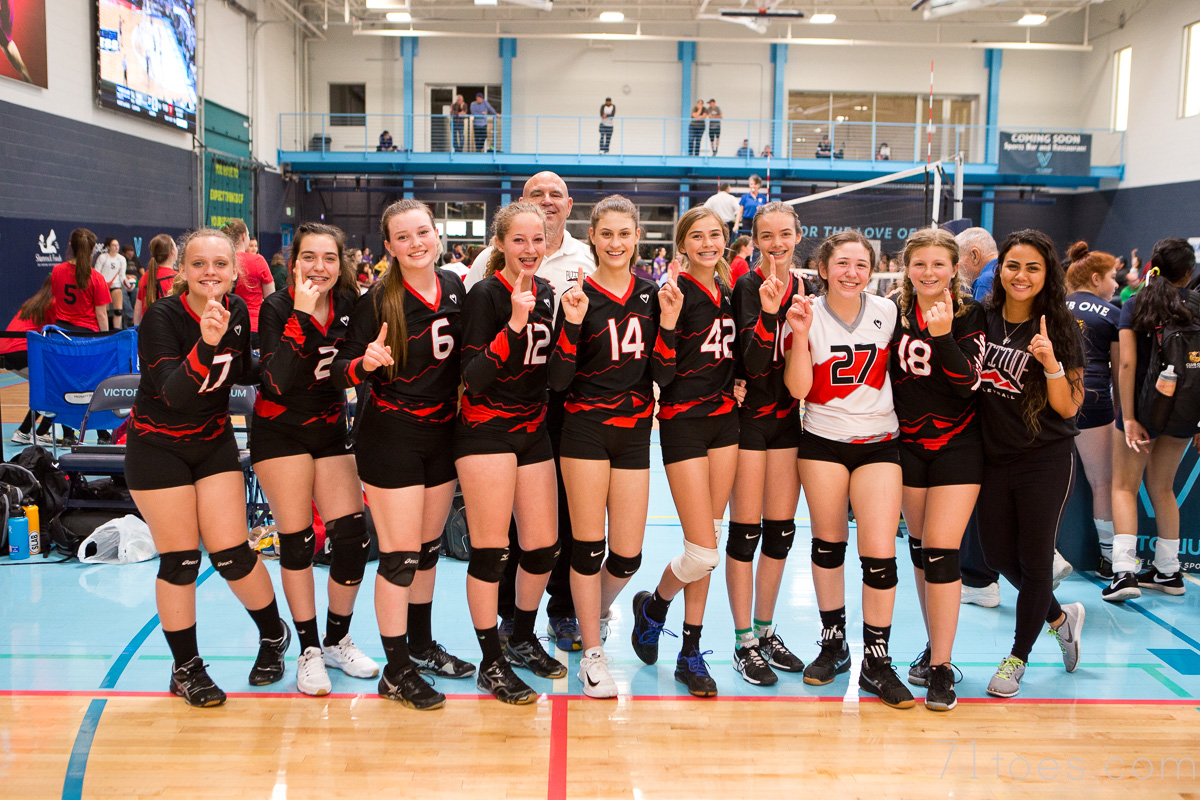 (That above one is one that they took first in…pretty fun day.)

And she learned a ton. 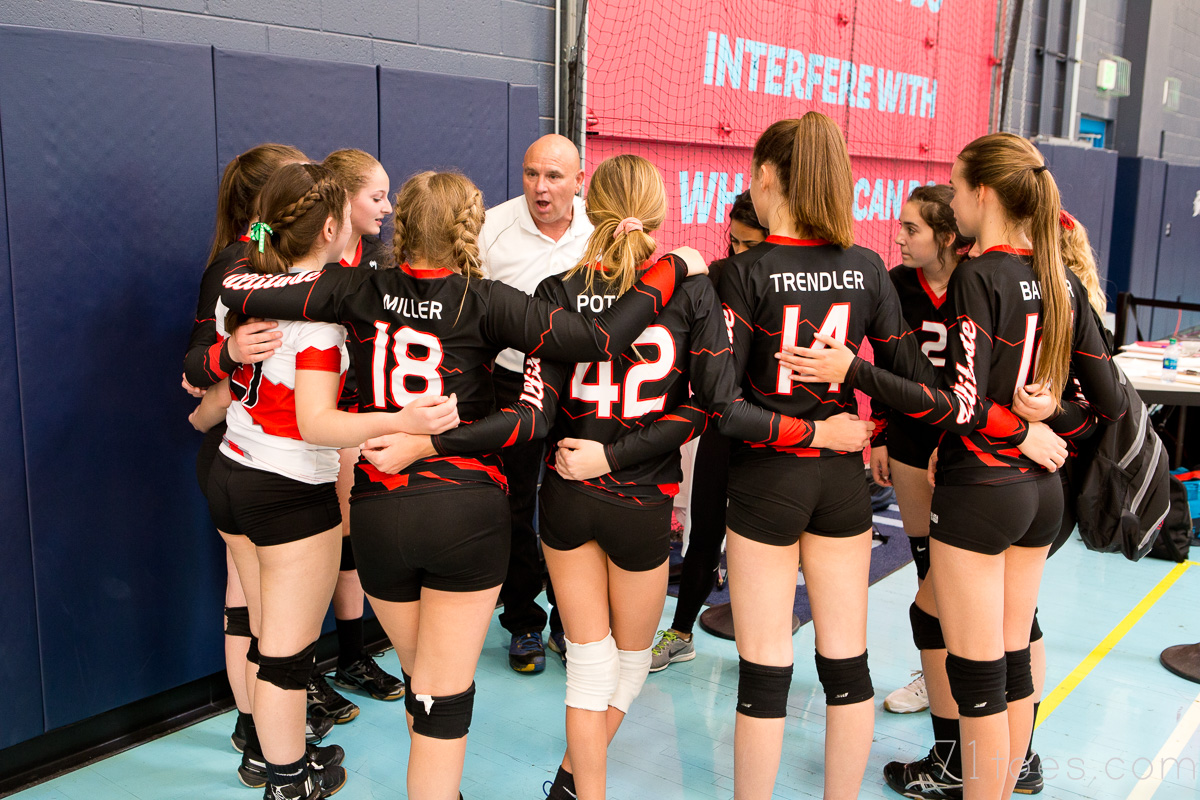 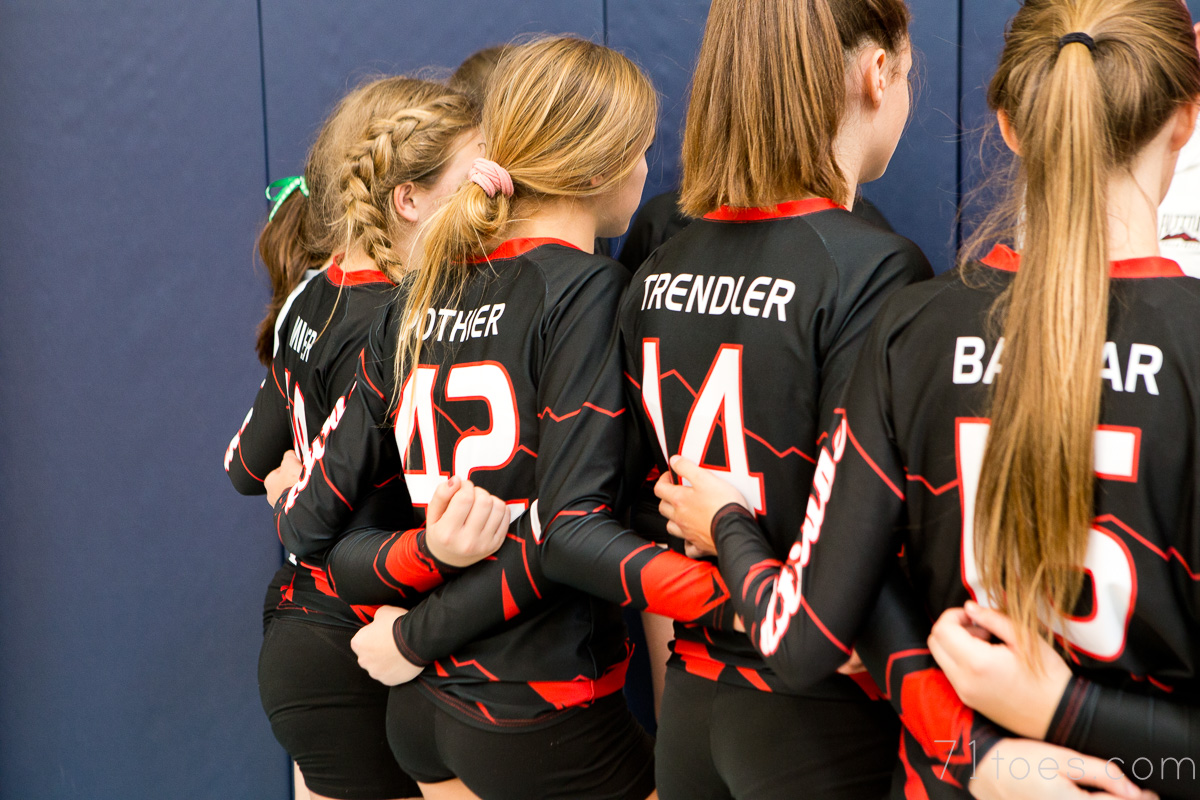 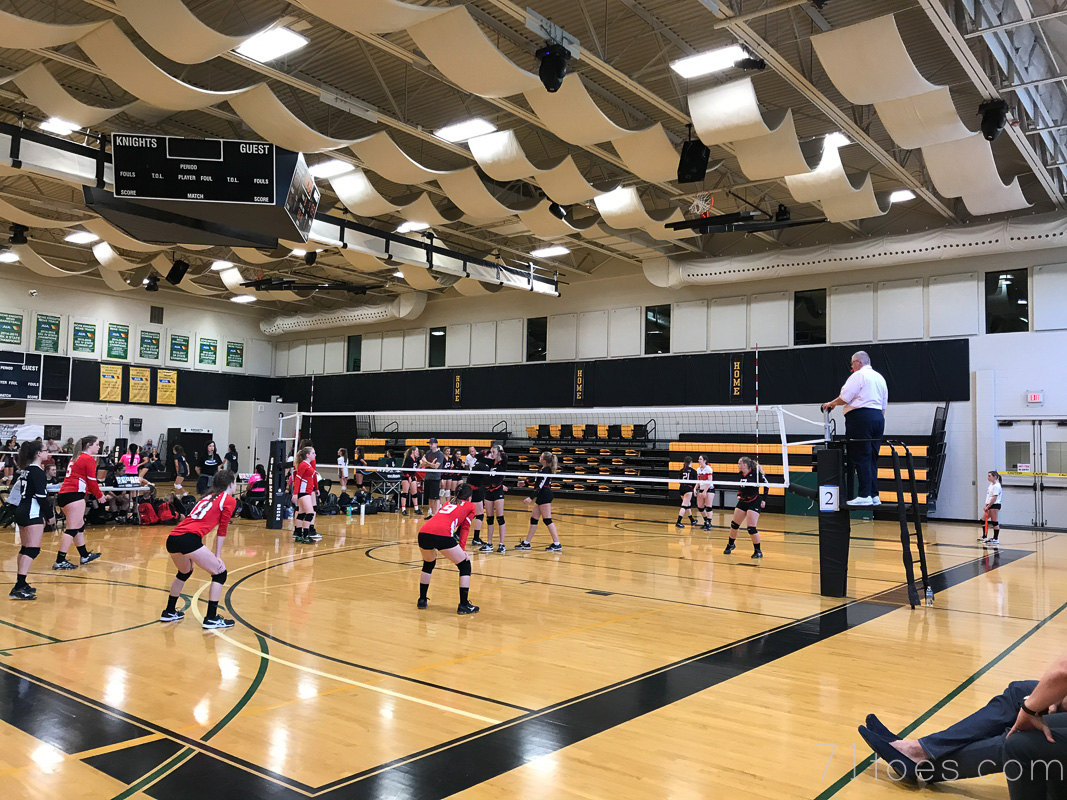 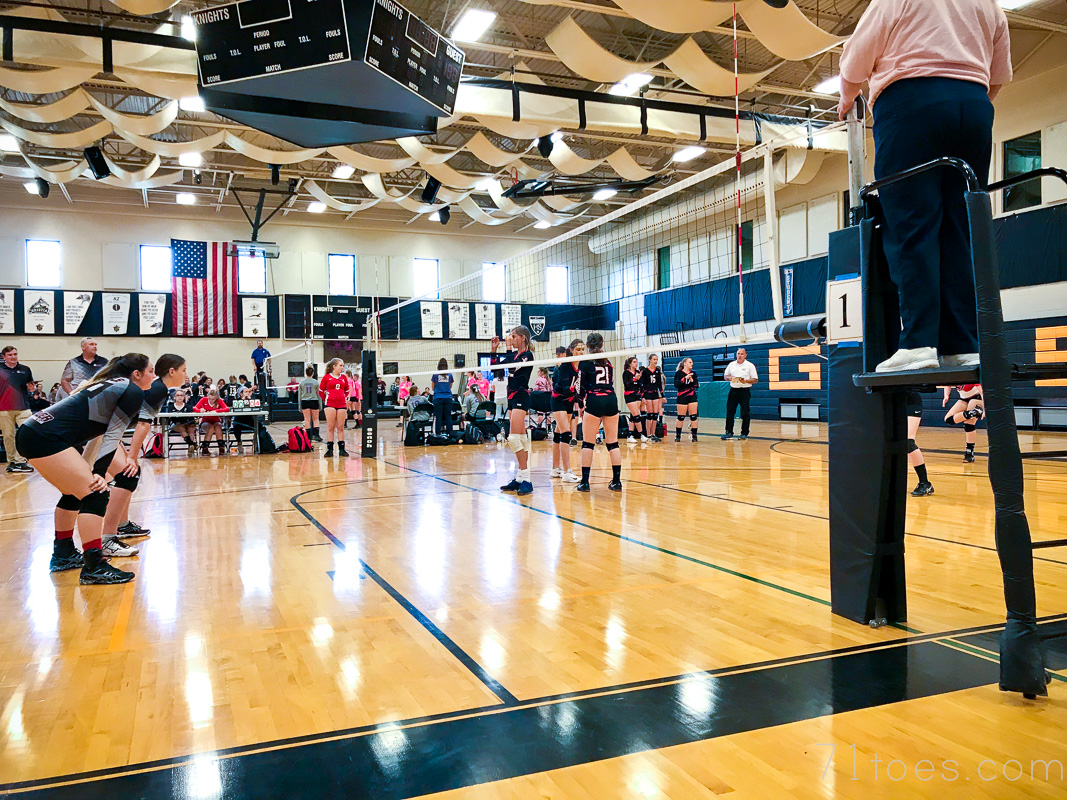 She is definitely not a star player by any means at this point, but she’s a solid player and works hard.

Who knows where that will take her??  Girls’ volleyball is so different from boys in so many ways, but boy we love it so we’re so happy she does too.

Dave and I were out of town for the last all-day tournament (those things are long and we love them and were sad to miss), but we got these pictures from the team: 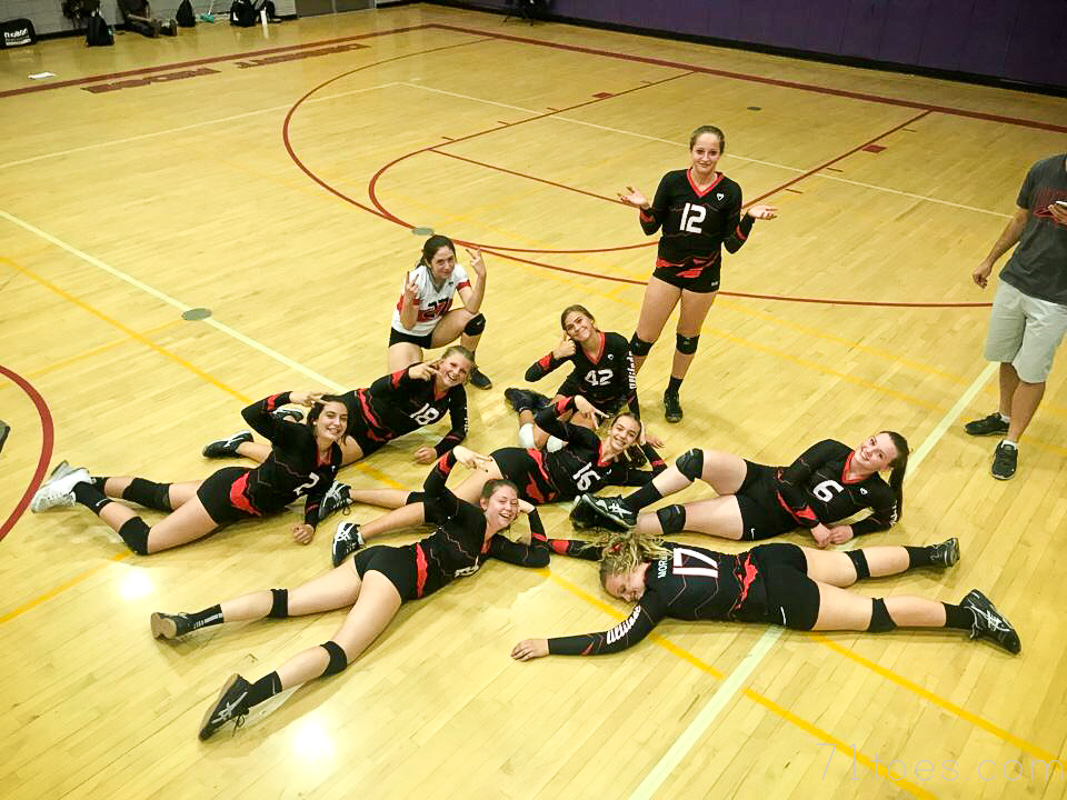 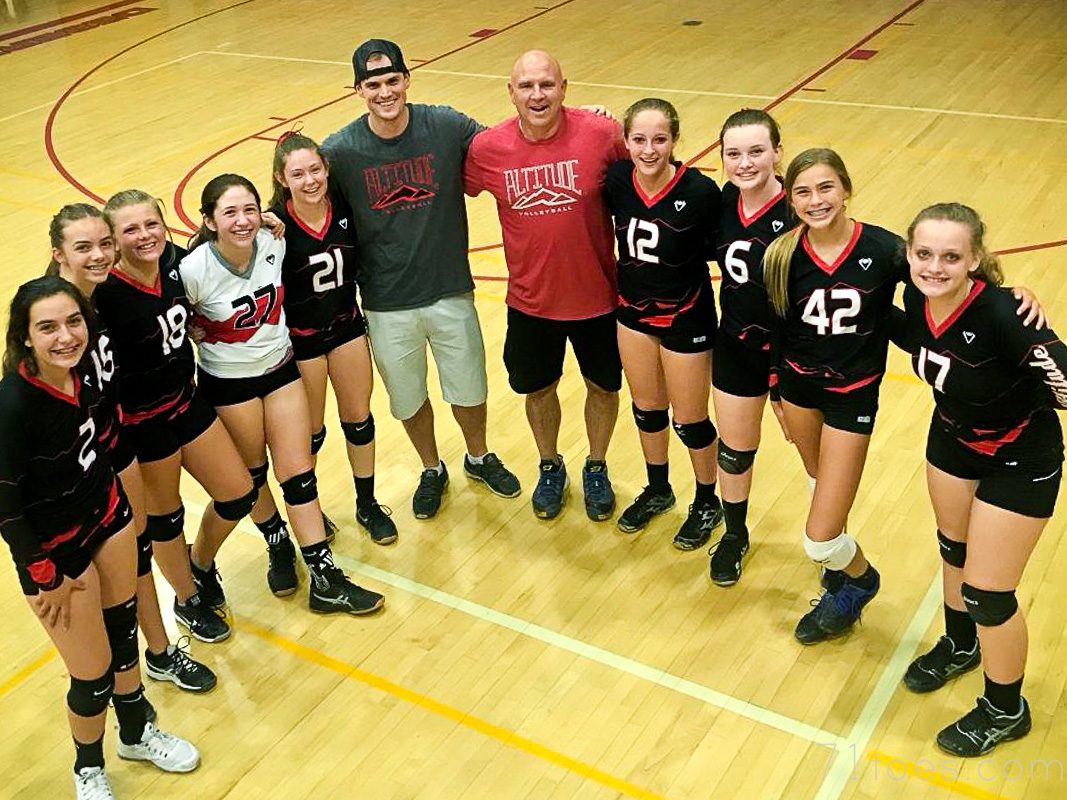 It was a good day.
Last night was the end-of-the-season shin-dig. 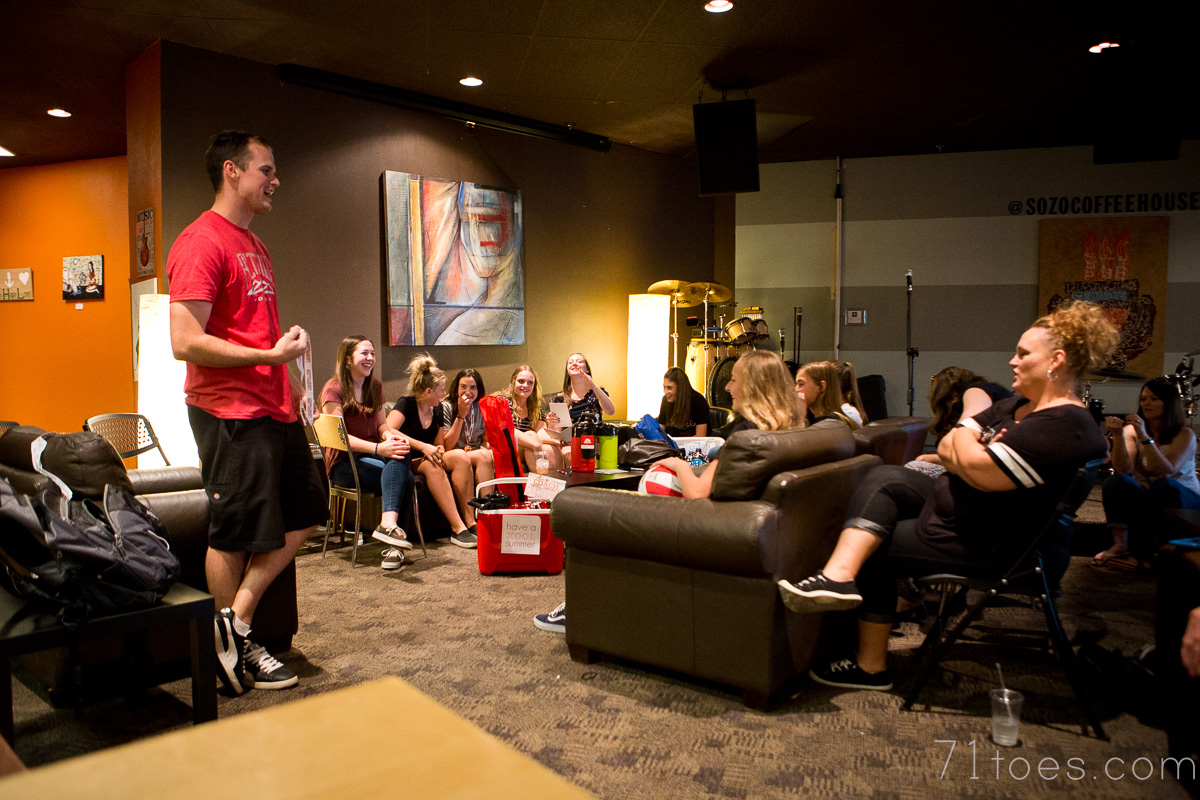 So fun to watch those girls and their coaches, and to hear all the good things they had to say about each girl. 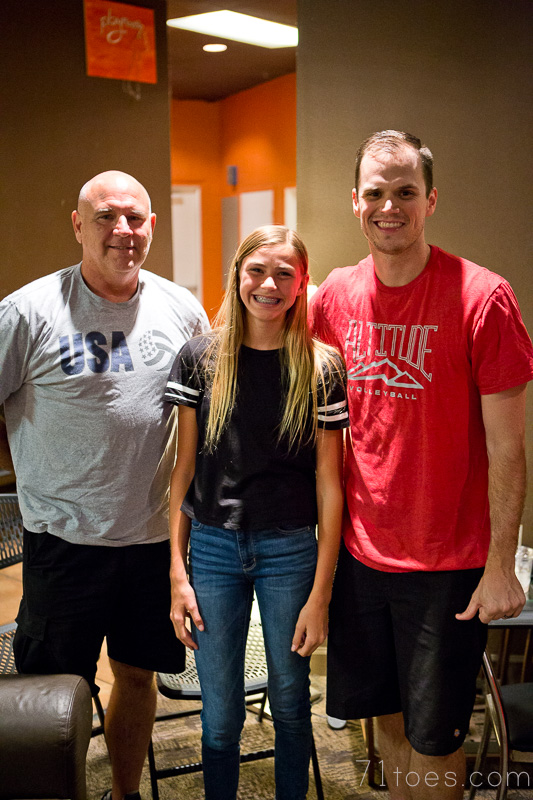 I find myself wishing we did these types of gatherings at the beginning of the season so we could get to know everyone initially, before all the hoopla, dang it, but it was fun to get to chat with the parents and those great coaches and feel so much gratitude for a season well-spent. 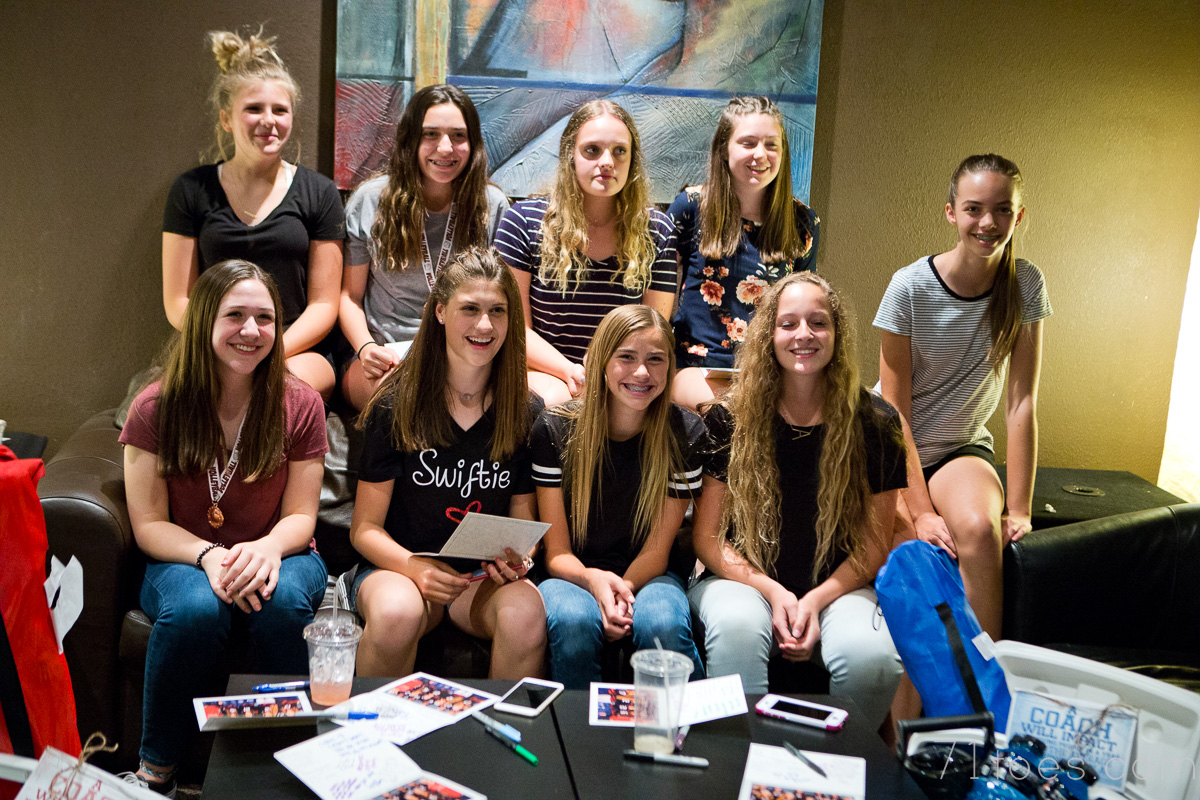 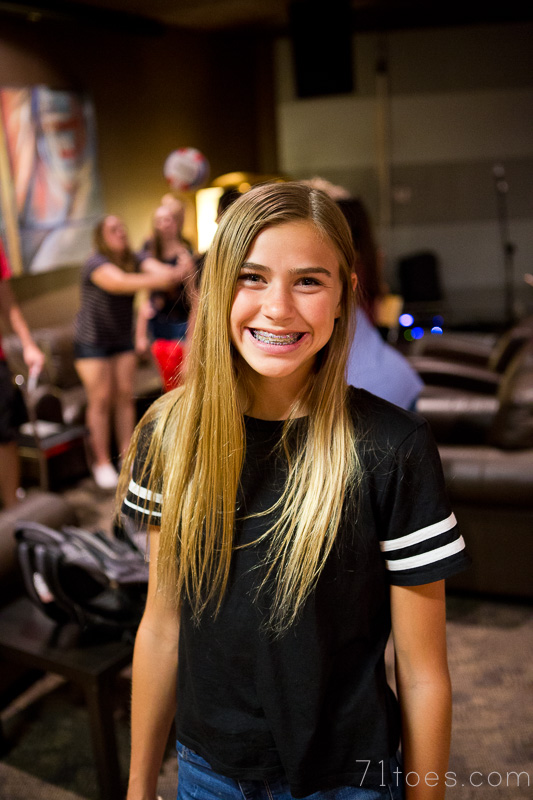 Who knows the future of sports for this girl (track and soccer wrap-ups coming soon), but this was sure a fun one.

She’s signed up for a summer league so it’ll be fun to see how that one goes.
7 comments 0 FacebookTwitterPinterestEmail

thoughts on real writing and reading

She is definitely not a star player by any means at this point, but she's a solid player and works hard.

What a refreshing sentence. I love this. Very honest and uplifting. She's beautiful, I wish I had 1/100th of her athleticism! (Not known for my gracefulness, haha!)

I'm curious what Max thinks about his little sister following in his footsteps with volleyball. Did he give her pointers when he was home before moving to Utah.?

He gave her a few, and came to one of her tournaments, but I wish they would have had time for more!

I have a question that has been floating in the back of my head – I’ve been thinking of starting a blog to keep our family updated about my daughter, but I keep wondering how she will feel when she is grown up and her life story is on the internet.

I know that you don’t share very private details on your blog, but how do you know where to draw the line?

How do your children feel about being featured on a blog that has such wide readership?

I’m thinking especially of Lucy who is still so young and probably don’t really understand that a lot of her life is on the internet. How do you know that she won’t have a problem with how much you share? For example the story about the hair melt-down – would she maybe be upset or embarrassed later in life when she sees it on the blog?

I apologize if those last couple of comments come across as attacking – I’m not entirely how else to phrase them, but they honestly come from a place of wanting some guidance on how to approach blogging about family, especially young children.

As an adult I can appreciate your openness with regards to Lucy’s struggles as I can see how inspiring it will be to other people, but is it fair to her who probably can’t make an informed decision at this stage?

Carla, if you want to blog for your family, you can make the blog private.

Kids are already seeing other people’s facebook, instagram and blog and already know they are online. It’s how they see photos from their cousins baptism or baby blessing, vacation.. it’s not like at 45 parents will sit down and take out tons of books containing every post they ever blogged and finding out for the first time they had drama like every other 45 year old had drama at ages 3, 12 and 16. I think every adult no matter how careful parents are will have some issue with something that happened while growing up.

Good question (sorry I've been slow at replying lately!). I'm pretty careful not to share things that are too personal…we've had lots of discussions about this in our family. My older kids have some pretty funny stories of people who have recognized them from here and I think it's kind of fun for them. And they are pretty happy they can look up all those funny (and sometimes incriminating!) stories from when they were young with the touch of a few buttons from anywhere they are in the world. Just tonight, in a break from studying for finals, Claire and Grace have been totally enamored by old blog posts and videos from here. So grateful for the family record.

As far as Lucy is concerned, I'm sure she won't care about the hair incident since we were all laughing about it within a day. I think part of the problem with blogging (and social media, and texting, etc.) is that sometimes just words of pictures can only give a part of the big picture in a story like that. I like to share things like that to keep it real, because life is oh so real! But never at the expense of hurting anyone's feelings if I think it possibly might.

kms is right, so much is out there online these days! That doesn't mean it is right for your family if you are worried though. If more privacy is what you're looking for in starting a blog, I would consider going the private route.