There is not much better than cousins and beauty t

June 6, 2018
Grace worked hard to find a job this summer.
She turned resumes at all kinds of places.  She went in and talked to managers.  But after months of haphazard looking, no jobs.
But then, just in the nick of time for summer, two jobs came up on the horizon.
My friend helped her find one of them.  It was a job as a counselor for a summer camp and it looked like a pretty great opportunity.
But within the same few days the job she had applied for a couple times and really, really wanted also called with an offer.  She had worked hard for it, called the manager, had a group interview, and had been waiting, waiting, and hoping.
And there it was right in front of her:  a glorious job at Old Navy 🙂
She weighed the pros and cons of both jobs and decided to take the Old Navy one.
And there we have it, this new employee who is now, I think, the best t-shirt-folder in the land. 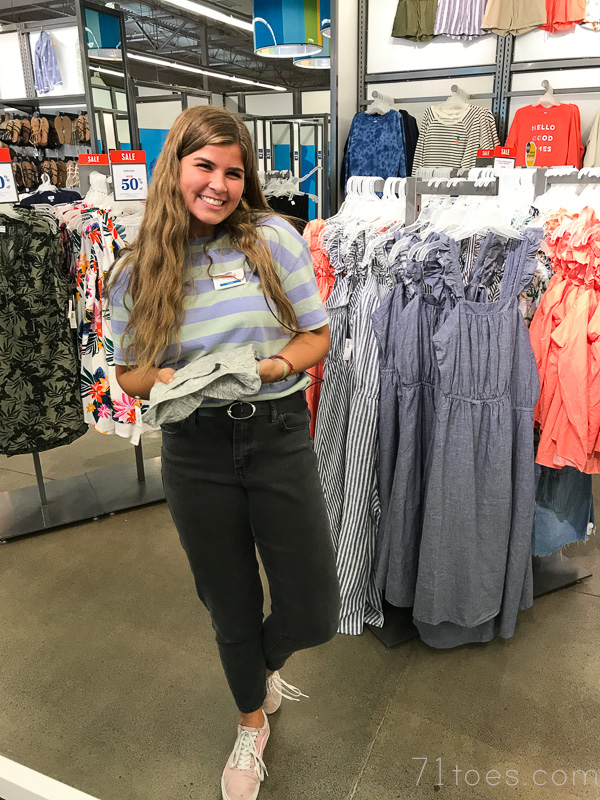 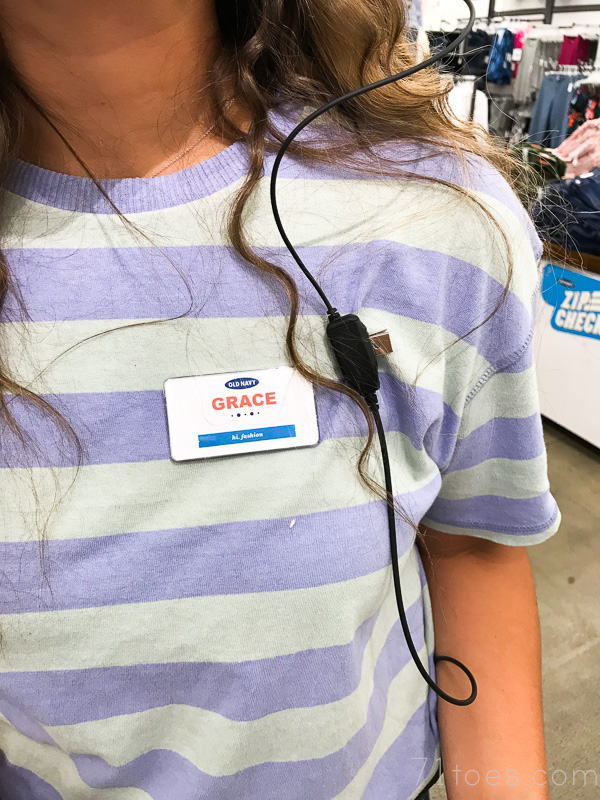 She has learned so much in the last month, and of course, has a lot more to learn.  Pretty proud of that girl and her new gig.

Good for you Grace, that’s awesome !

I worked at Old Navy in high school and loved it!!

I worked at Old Navy in college! Great job and bonus is that now her laundry will always be *perfectly* folded! 🙂

Gap was my very first job over 11 years ago, and I am still employed! I've worked at so many different locations, and have loved it! She'll do great!

Not related to this post, but I have been a loyal reader for many years and I have a burning question: how do you pronounce your last name? 🙂
A: Pot-EE-er
B: Paw-thee-er
C: Poh-ther
D: other?

Ha! Silly question I know, but I can't stop trying to figure it out!

Look up Shawnie's "I'm a Mormon" (or something like that) and she says her name.