June 21, 2018
This summer I have had some helpers in the kitchen.
Ok, my girls actually do help quite often with cooking, but we decided this summer to step it up, and each girl is in charge of one meal per week.
I had grand visions of us finding all kinds of new recipes together…healthy and flavorful.  And the girls would be so excited to cook, our eyes would be sparkling.  Ha!  So far, those meals have been accompanied with some good complaining and we haven’t branched far from some of our old favorites.  BUT, hey, after a few excuses they settle in and deep down I think they like it.  They did try two new recipes so far, but we didn’t fall in love with them, not things we will add to our “regulars” so I won’t share here.
Instead I’ll just share the old but good ones…not overly healthy, but hey, at least we’re cooking together, and that was really the main goal.
Lucy whipped up some home-made pizza (that’s the only thing I could get her excited about…baby steps).

We use our “flatbread” recipe (over HERE) for the crust. 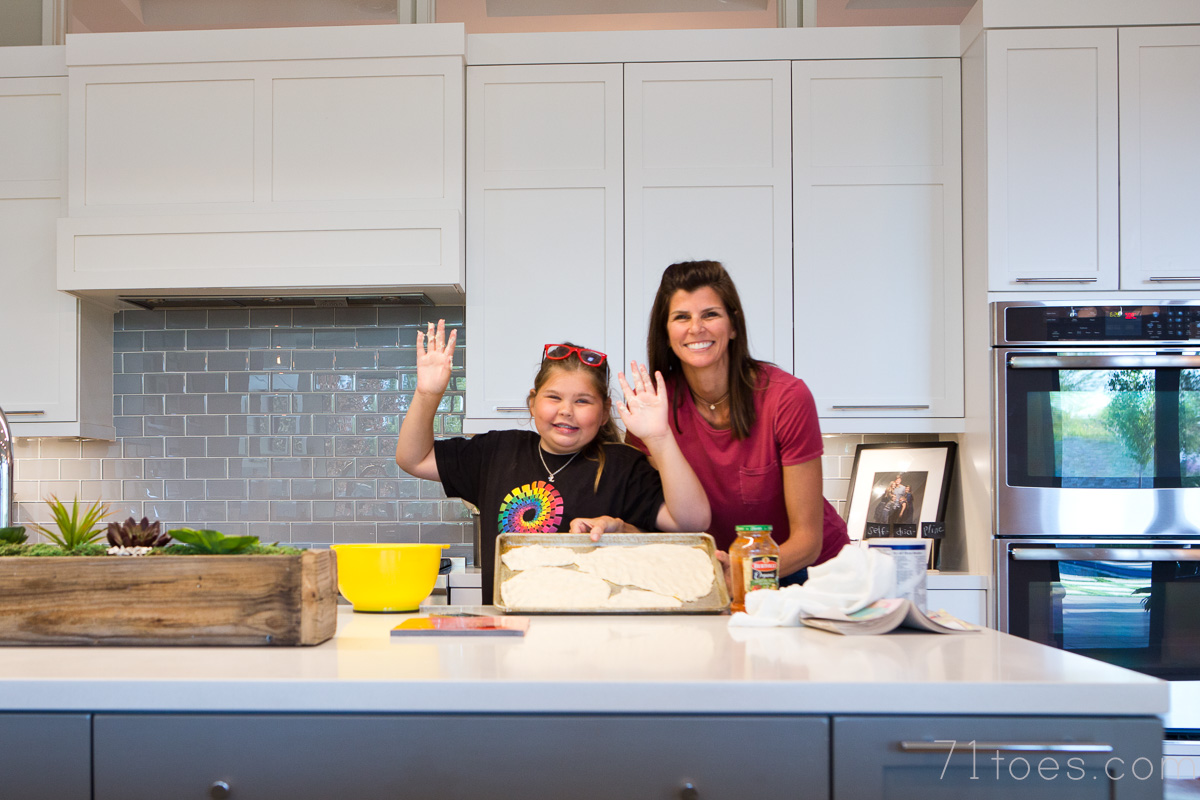 As you can see, she was pretty excited about it after her initial grumbling. 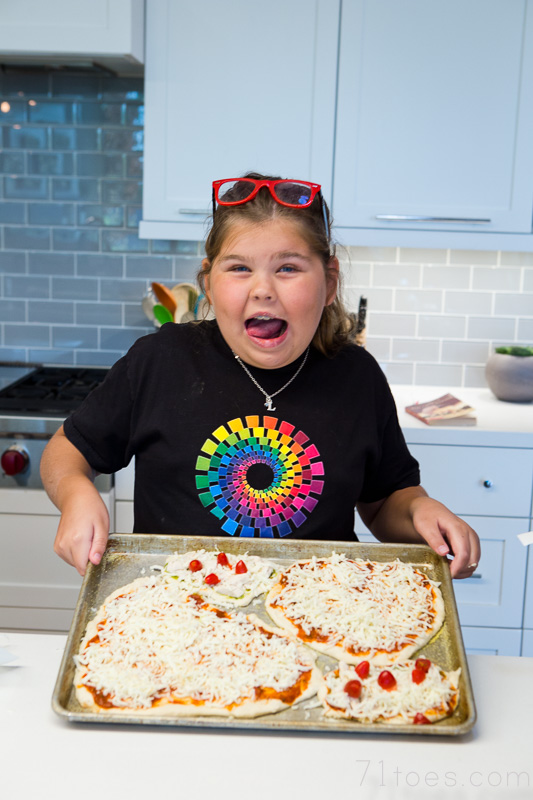 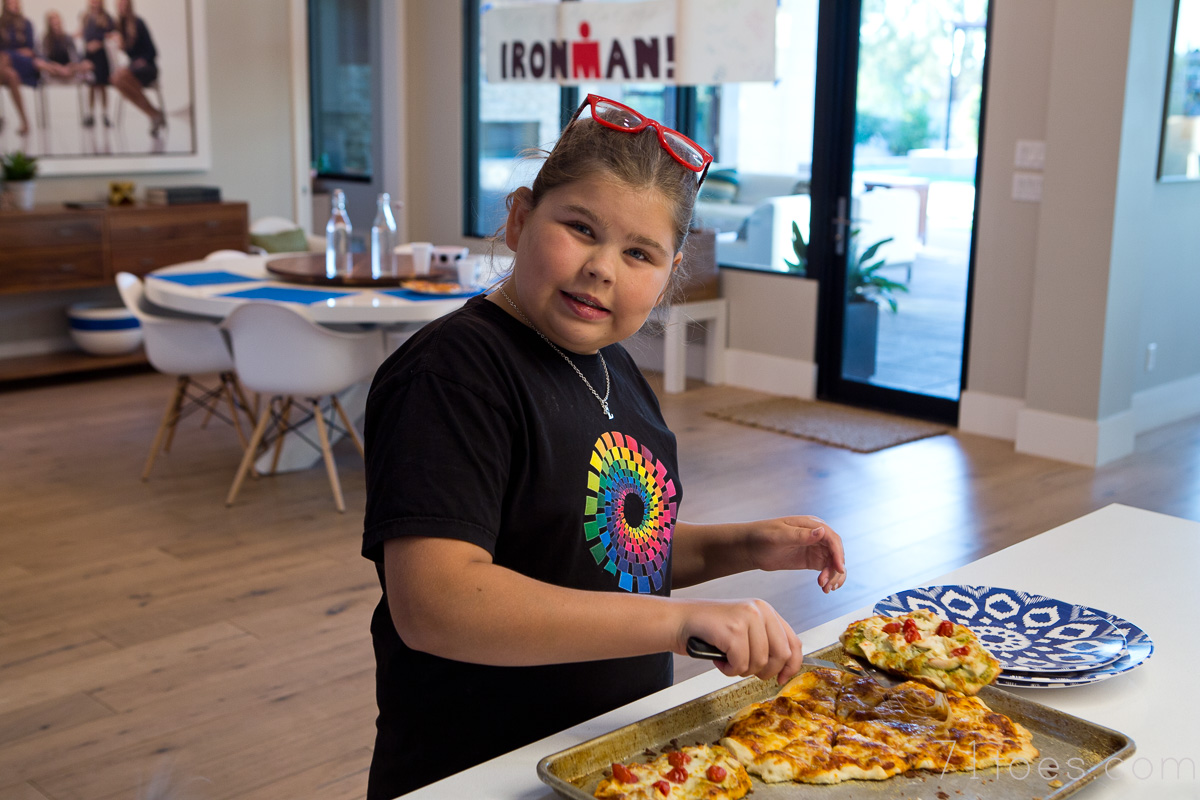 Grace made the same recipe I posted for roasted chicken and veggies back HERE. 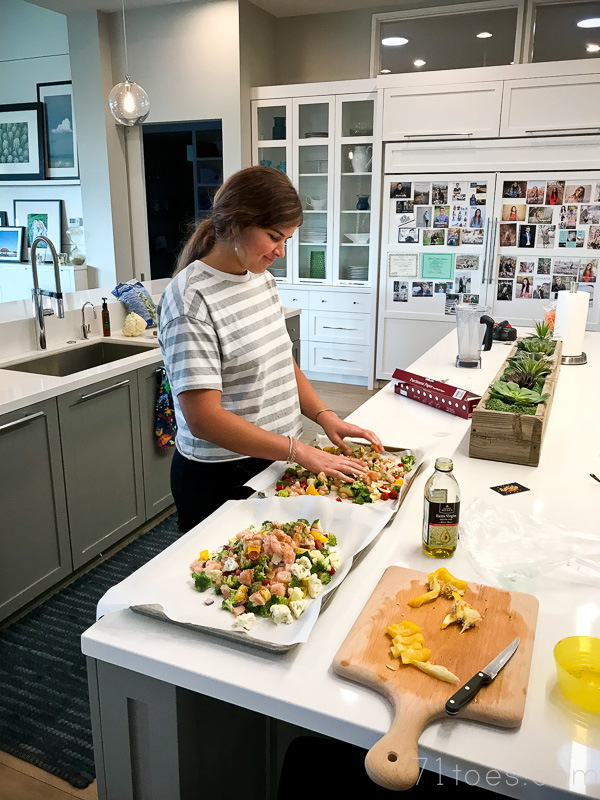 That recipe is definitely “regular-dinner-rotation” worthy. 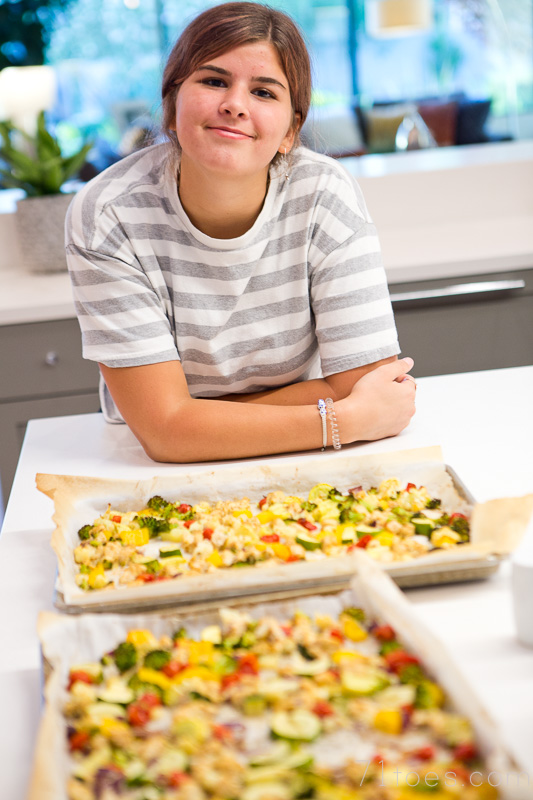 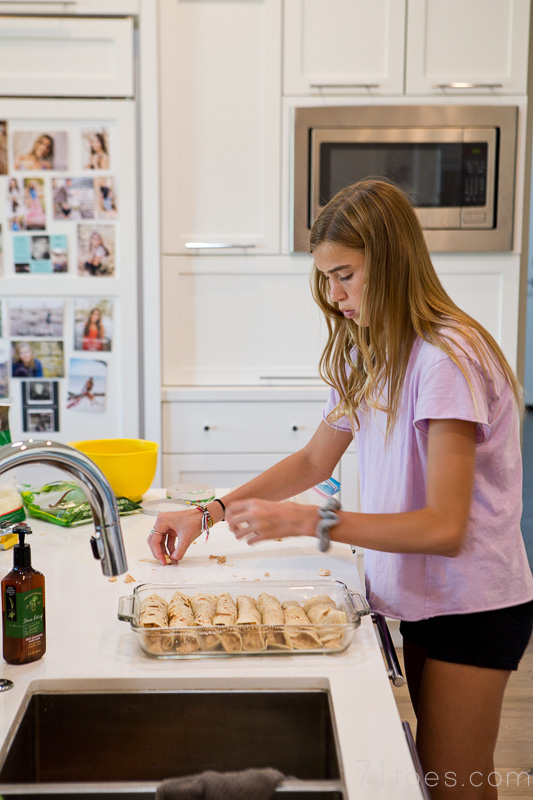 It was good, but we still think this one back HERE definitely wins. 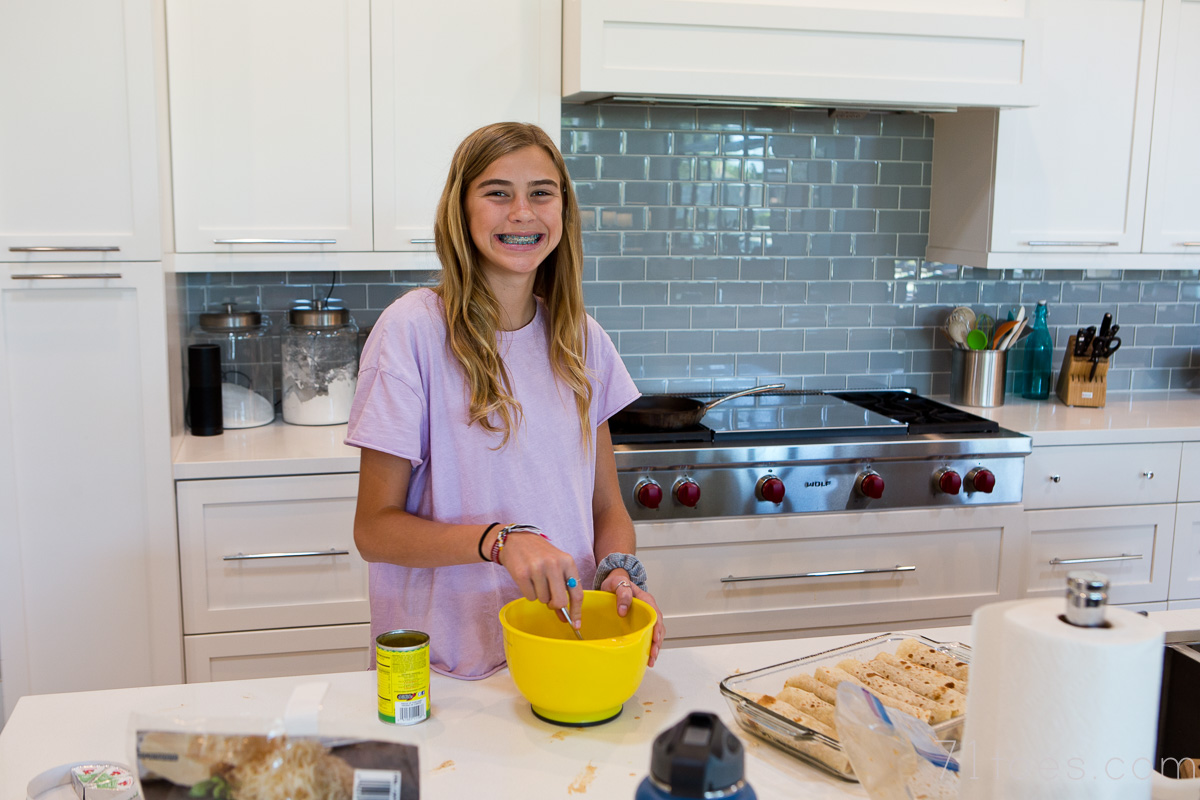 Here’s another type of enchiladas Grace made that also didn’t make the we-will-make-them-again list, but hey, I took a picture so I may as well post away 🙂 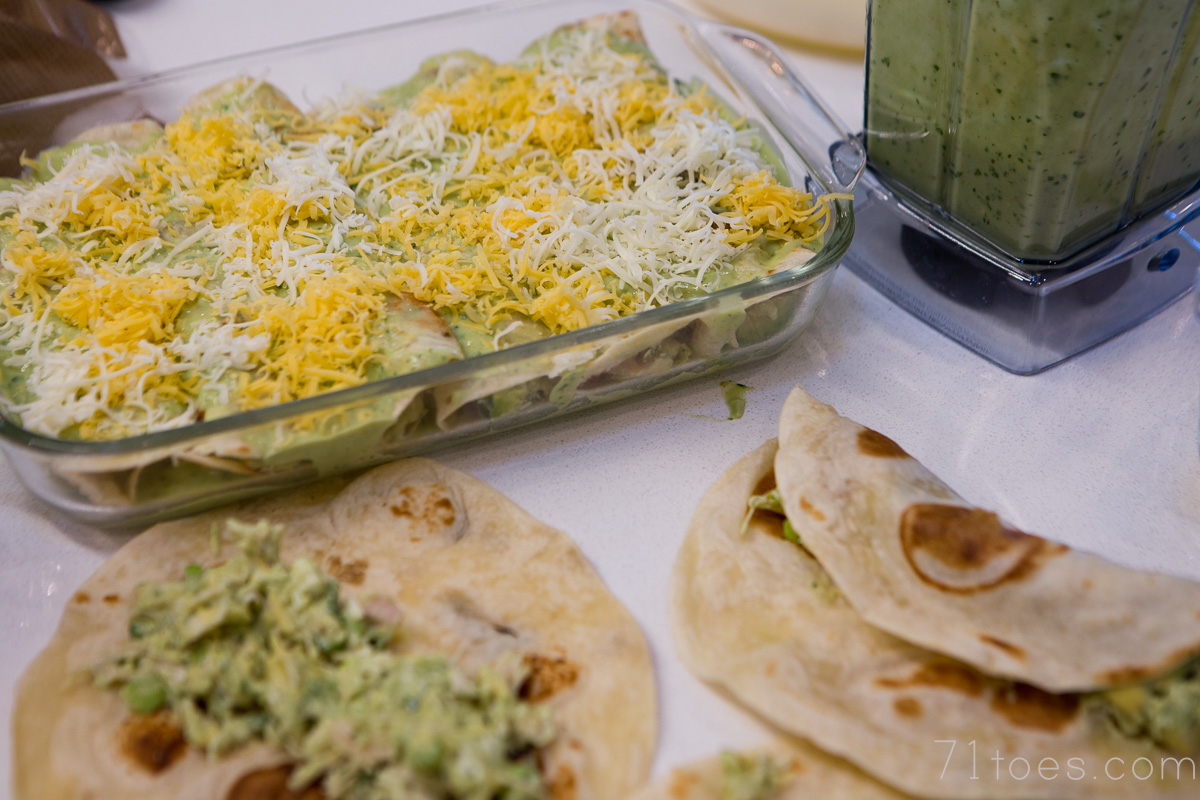 Hopefully we’ll have some other good recipes to post soon if we can keep these little chefs going!

It's so fun when kids are in the kitchen – I have one that loves to cook… and one that would starve before he'd cook something himself. We're working on this during the summer, too.

I'm going to keep these ideas… For winter! I'm currently learning all of the ways to use the grill as I don't use the oven in the summer. Still trying to figure out ways to beat this heat!

So a few weeks ago I made the chicken& vegetable recipe.. I knew I’d have people roll their eyes!! I also made a bunch of baked sweet potatoes fries along with it .. well not only did they eat it, they asked for it again last week, and again yesterday !!!! Thank you!!!!!!

I love when you post recipes. Here is one of our favorite veggie-packed recipes: https://www.chelseasmessyapron.com/one-pan-healthy-italian-sausage-veggies/ We double the sausage and eat the meal over quinoa cooked in chicken broth. So good!

I just tried that cauliflower sauce you posted a while ago, good stuff!

Yeah honey lime chicken enchiladas are just the best. I just made this recipe that I thought was delicious! I think you'd like her website – lots of fresh and healthy dishes. https://carlsbadcravings.com/creamy-baja-avocado-pasta-chili-lime-chicken/