November 5, 2018
For Halloween this year we had a creepy doll: 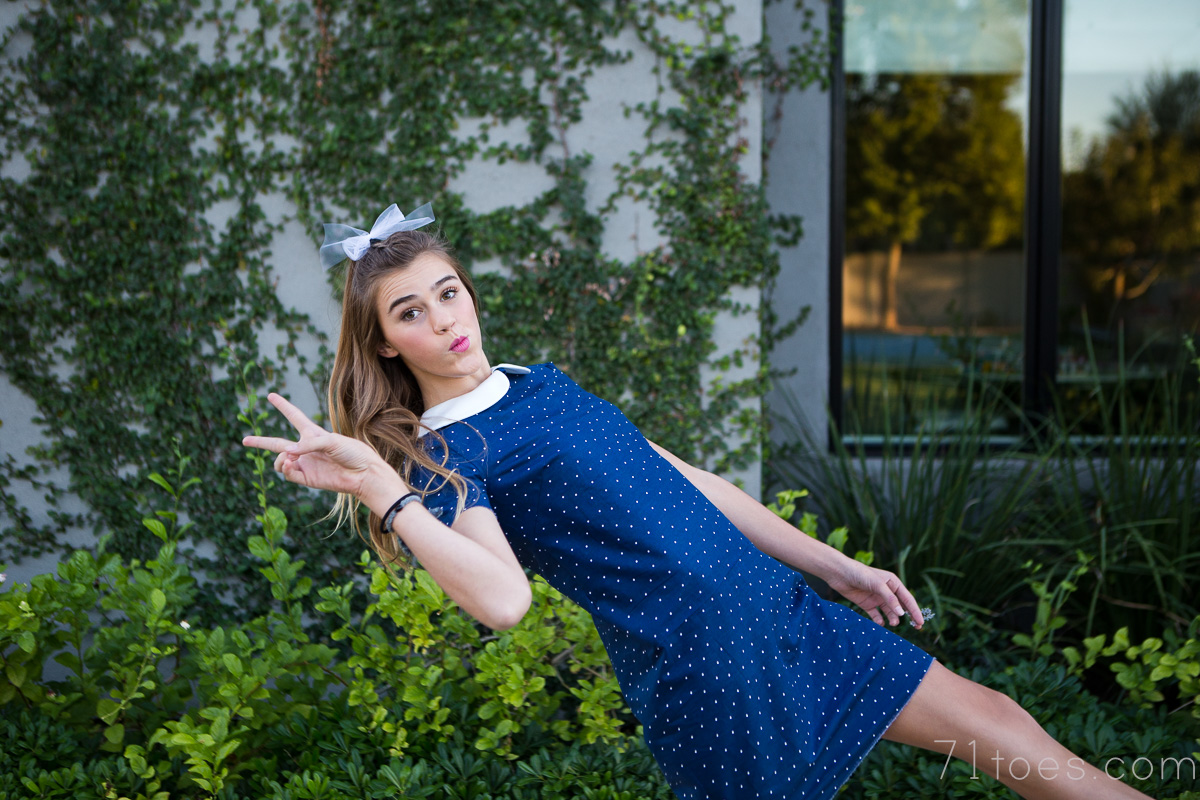 A lion and a Jazz player: 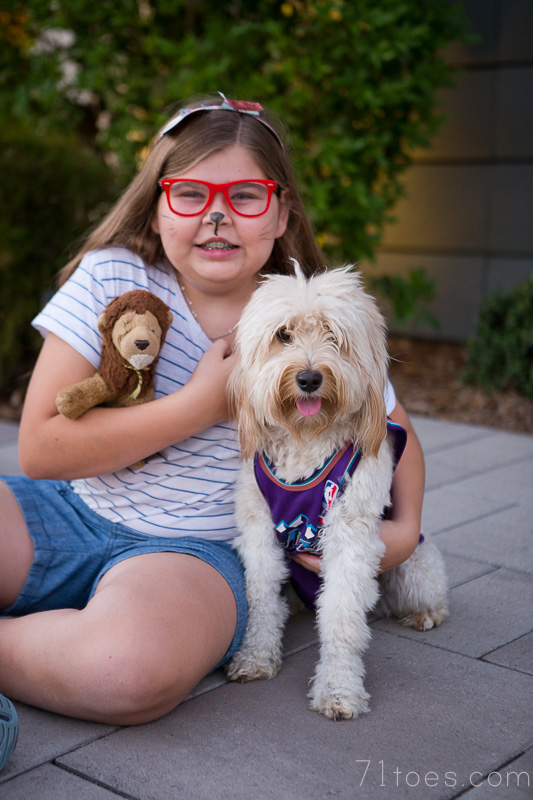 (again, not sure why that outfit is a “lion” outfit, but the more I chided that we could at least go with brown clothes I could surely track down for her, the more she was determined that blue and white stripes were the perfect lion get-up.  So after a while when I realized she wasn’t budging, I decided that they were perfect too. 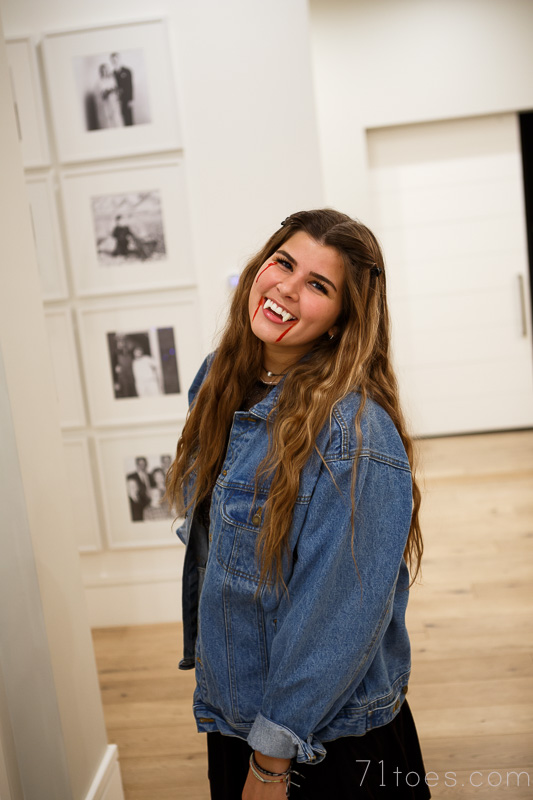 Remember when I said back in the “Halloween prep” post back HERE that there isn’t much prep any more?  Well, I kinda ate my words on that one…
Claire and I realized the night before Halloween that the dress she and her friends had determined deemed worthy of a “creepy doll dress” that we had ordered on Amazon Prime wasn’t actually going to arrive until November 6th.  We looked at some other dresses she might be able to use but they weren’t “matching” to her friends so we decided that wasn’t going to get us down, we could surely whip one up that was at least semi similar.

So we ran to the fabric store, and cut out a pattern speedy quick before I had to run to book club: 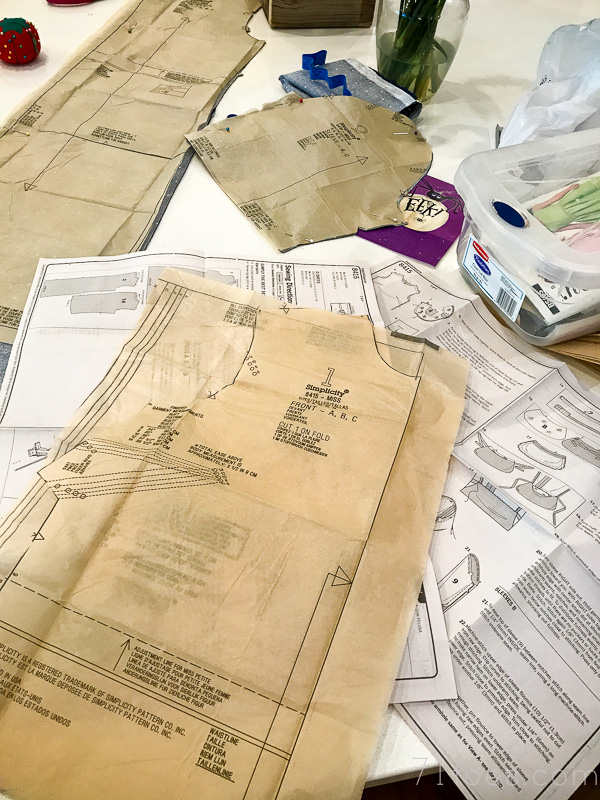 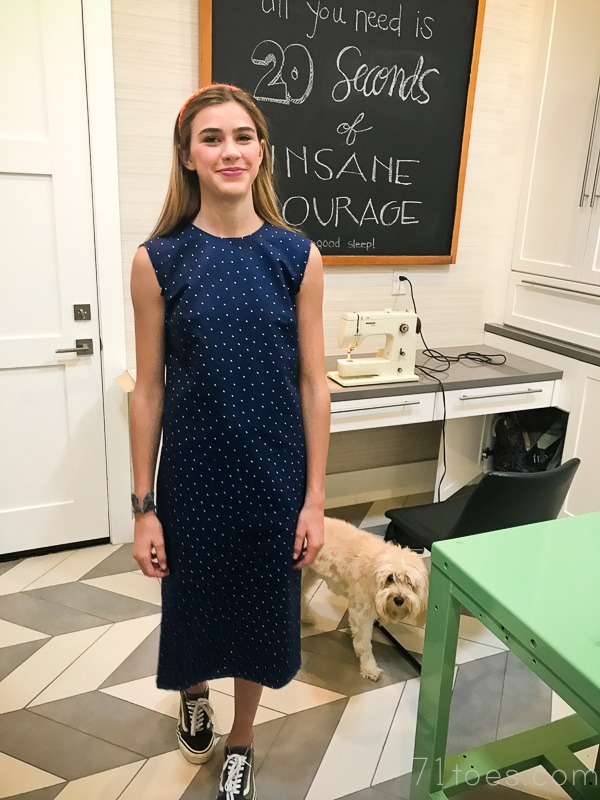 Then she helped me sew on the sleeves and do a couple of the seams when she got home.
It turned out too small (she’s been in more of a growth spurt than we both anticipated when we cut out the smallest size of that pattern), and it wasn’t really all that “matching” to her friends, but she put on that thing like a pro and rolled with the pretty-snug-and-not-totally-matching-but-kinda-fun-to-make-your-own-outfit idea and it all turned out great.
So we had these three “creepy dolls” primping: 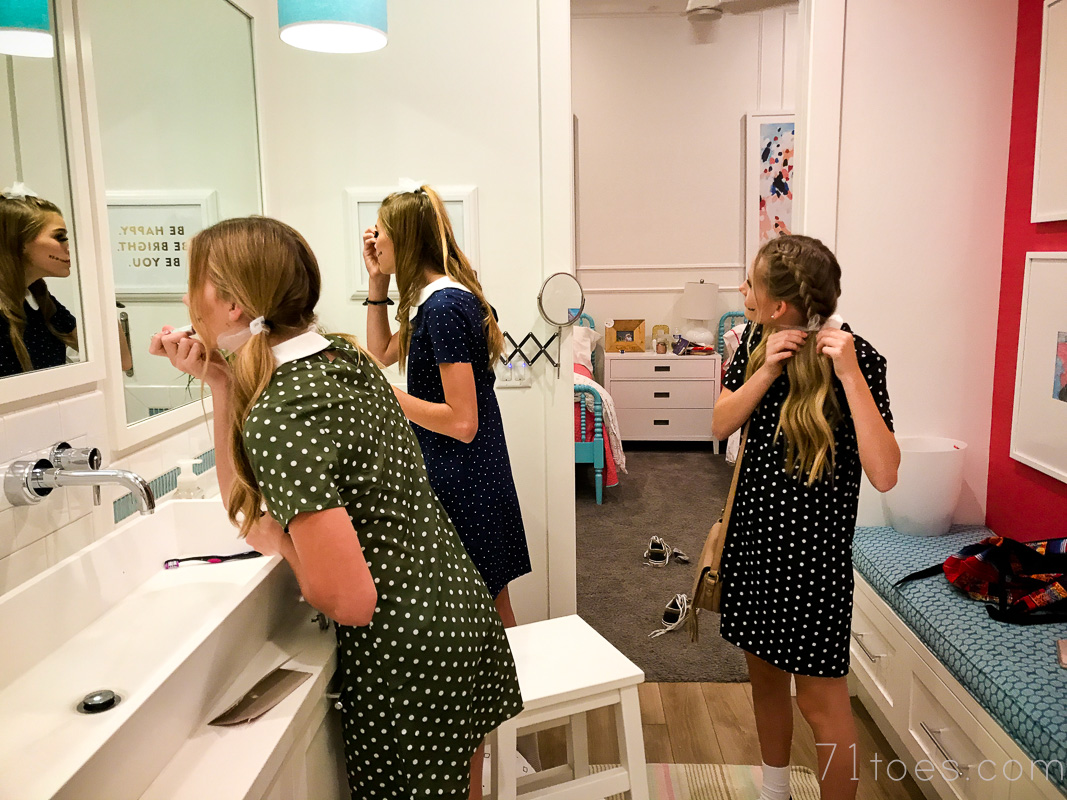 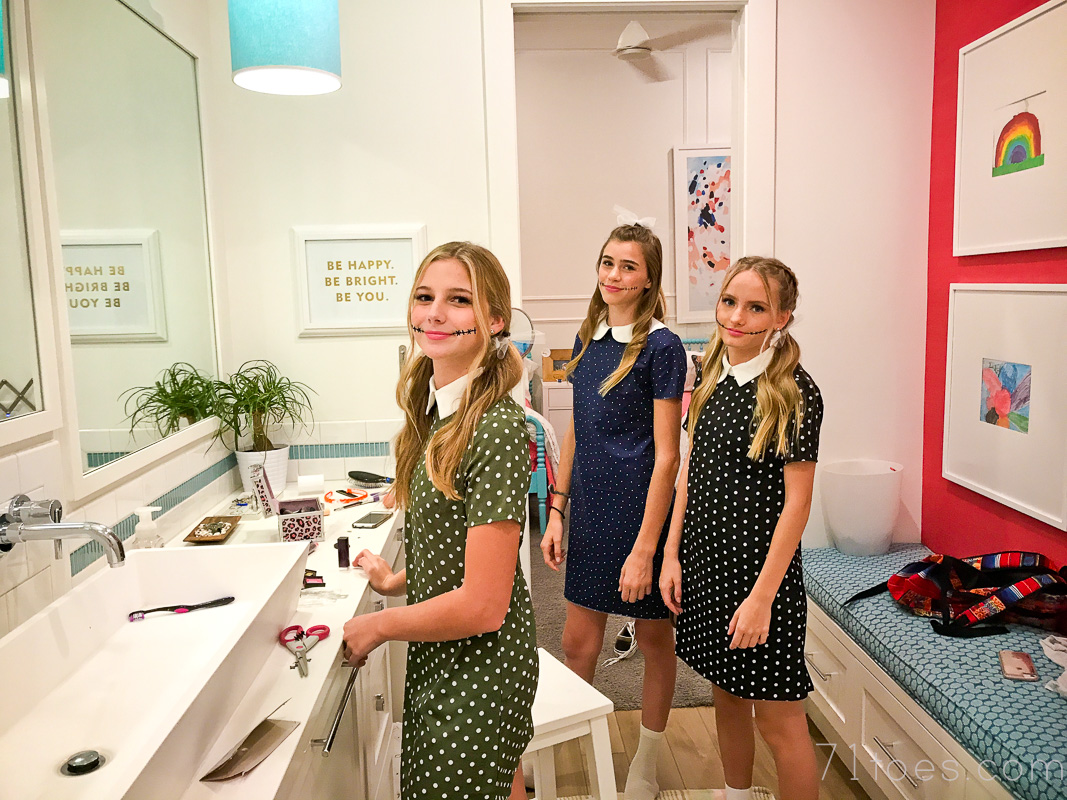 …while Lu busied herself whipping up her own home-made ears 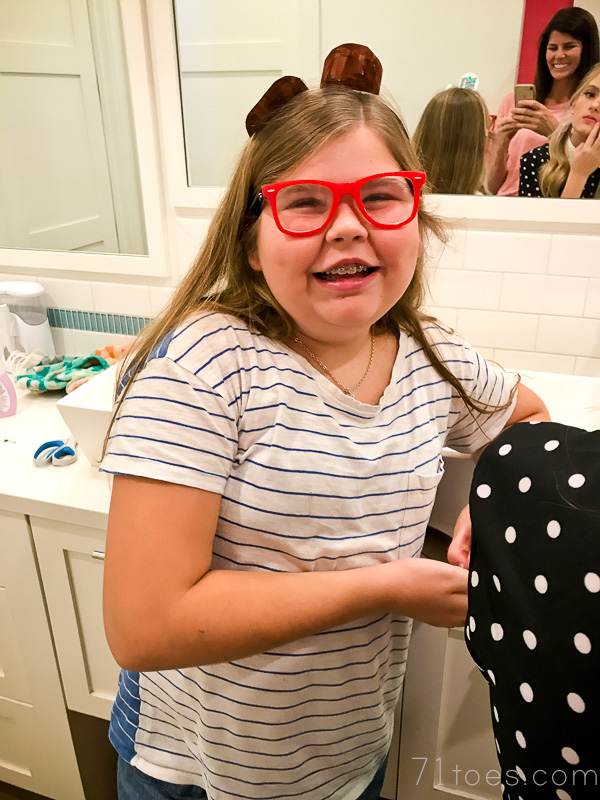 All the while I had soup prep going in the kitchen, and Grace and friends trying to figure out what in the world they wanted to be. 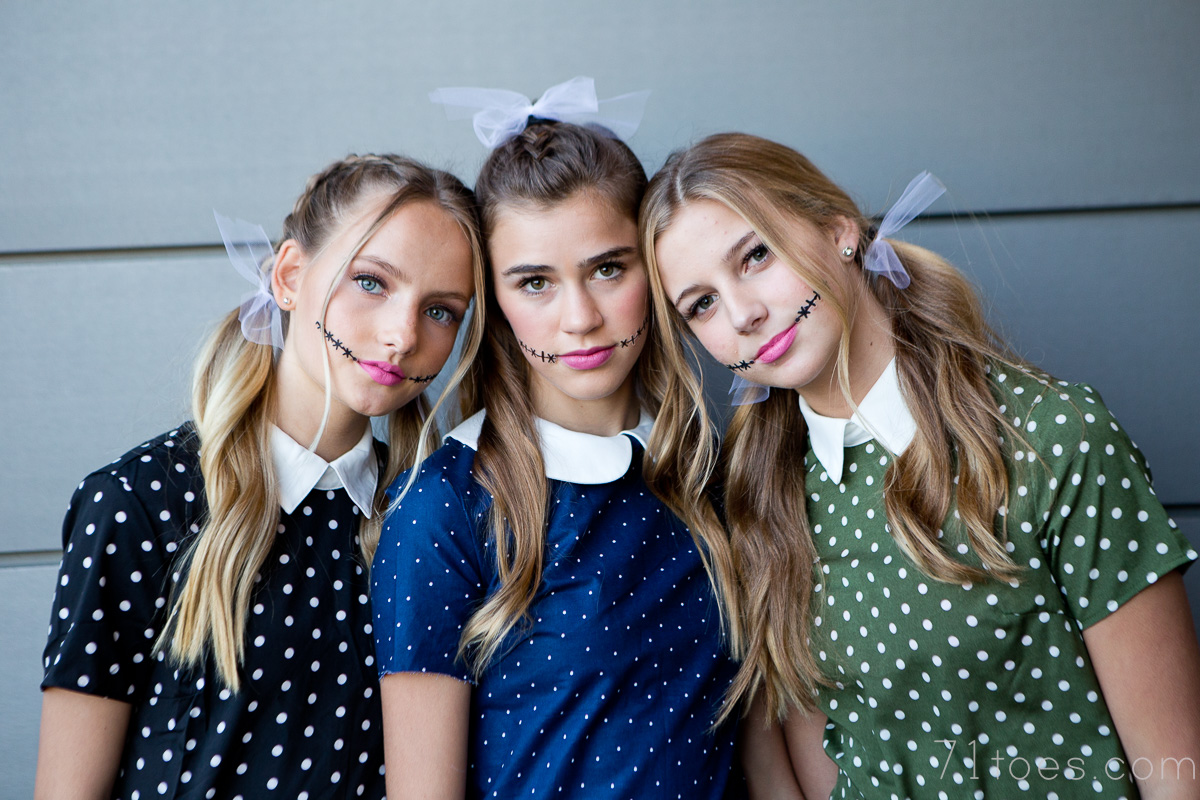 Maybe it’s a pose that makes them creepy?? 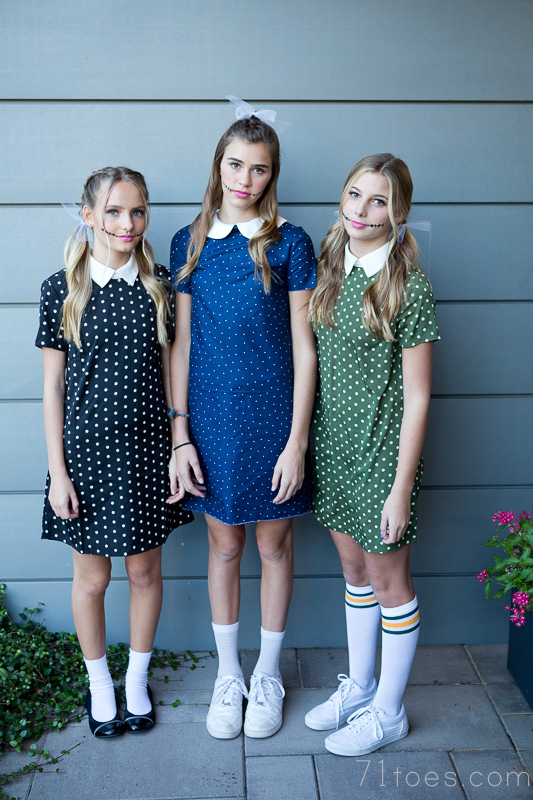 Ha!  (Claire was trying to finish her film assignment from school at the same time): 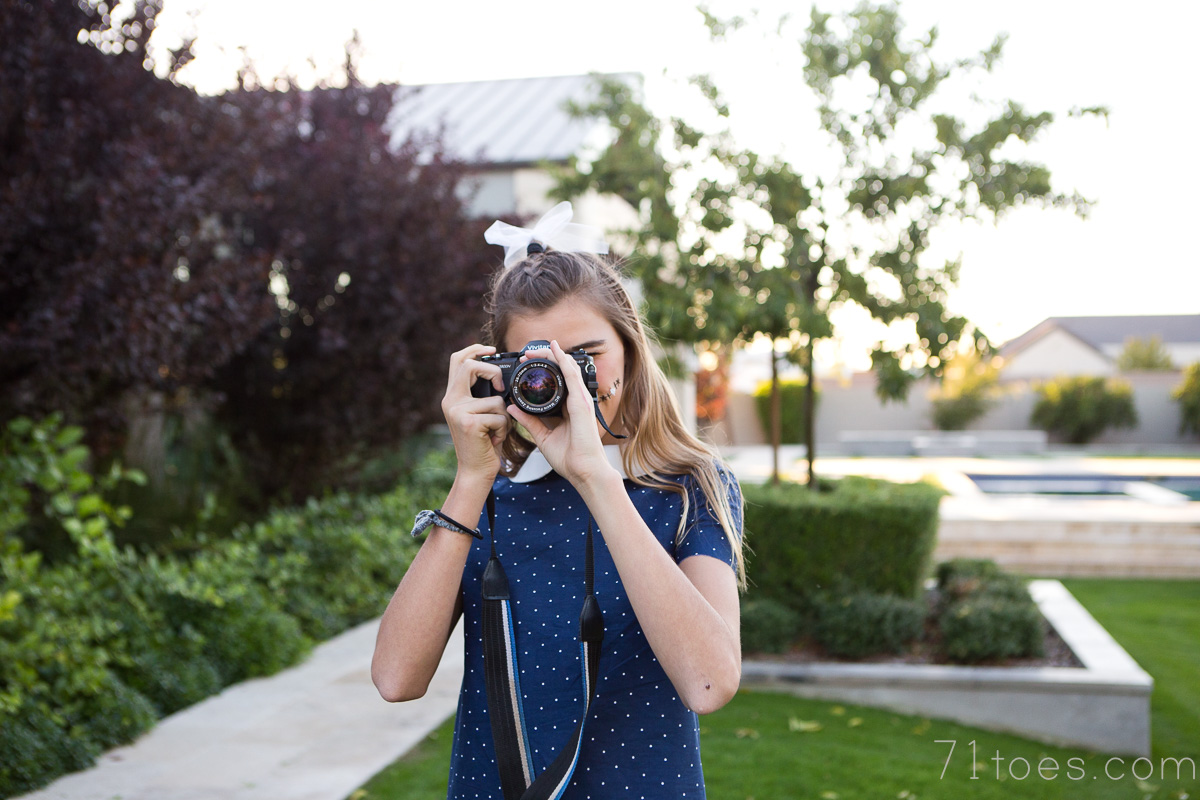 Let’s just pause for a sec to check out that dress that was safety pinned in the back because we forgot we needed a zipper: 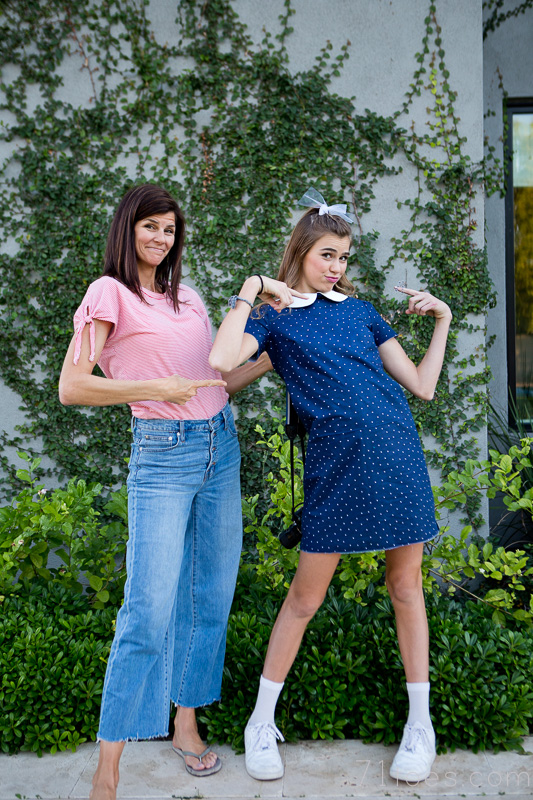 …and it was so tight the safety pins popped off at her dance party she went to…luckily she could just wear a navy blue t-shirt under that puppy.

Here they are without their stitches…whoa, not creepy any more 😉 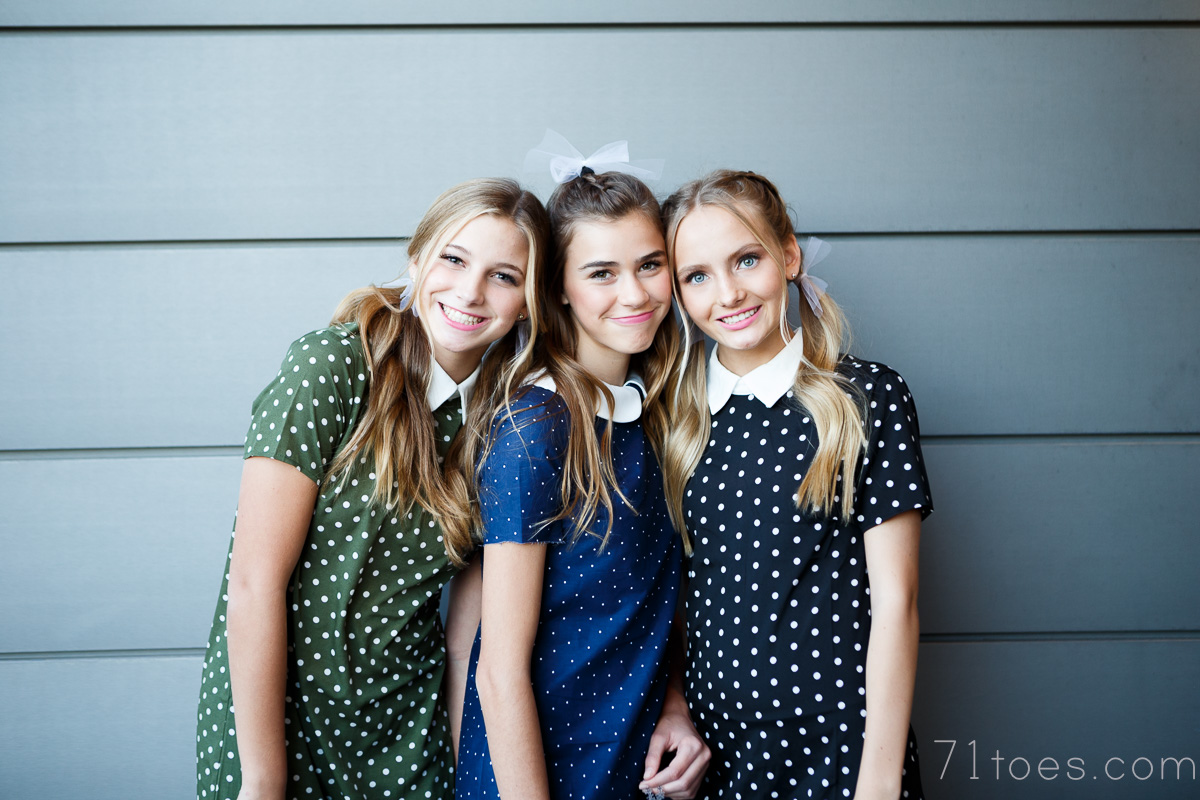 Bo sported Max’s Jazz jersey my dad bought for him I think before he even turned one: 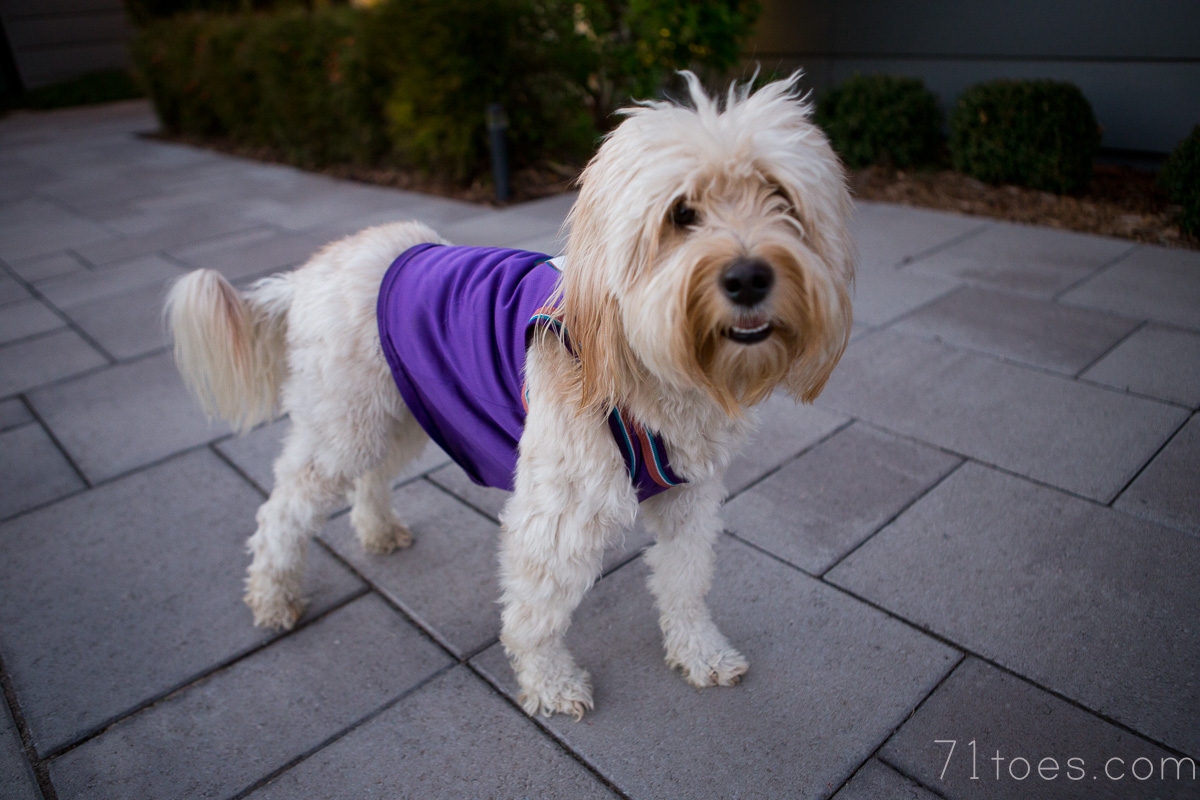 She LOVED it as you can tell: 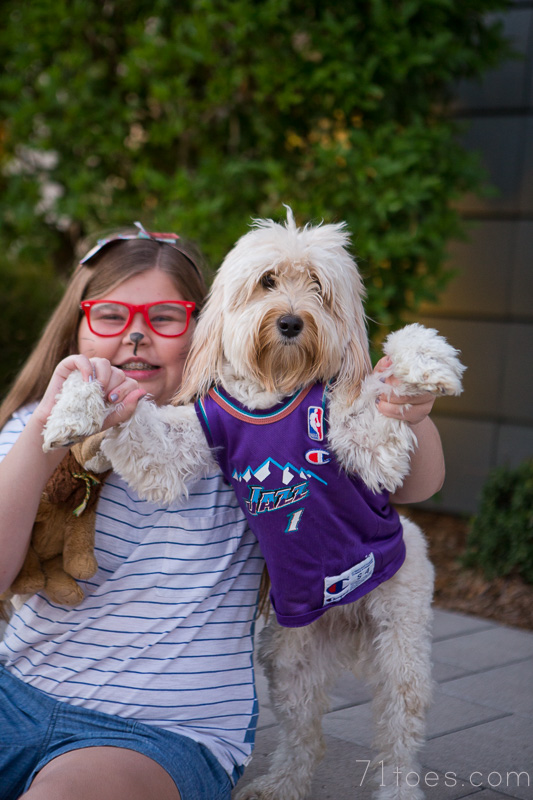 Oh wait, maybe that was Lucy the lion who loved it so much… 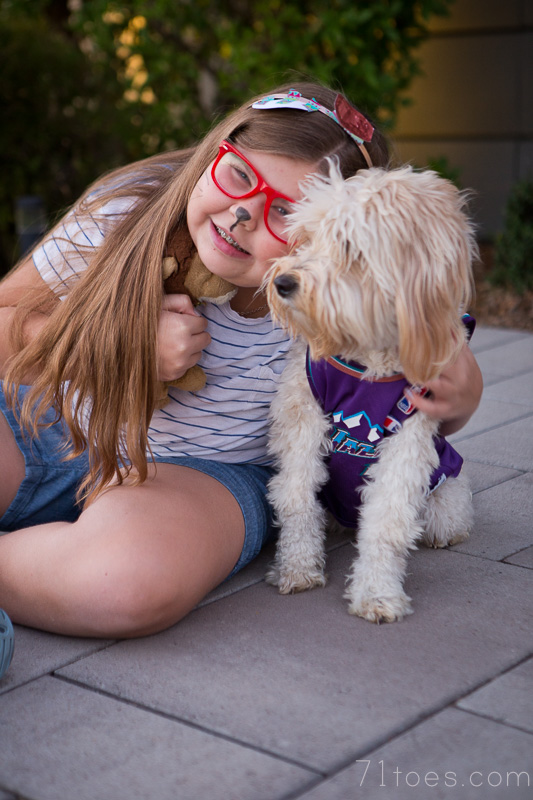 Let’s get a better look at that lion… 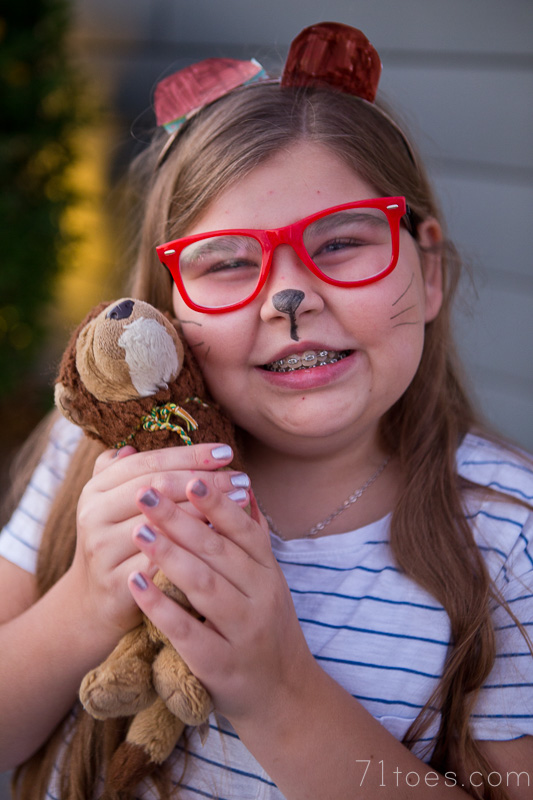 We had some neighbors over for dinner…one brought bowls for the soup, that sweetheart: 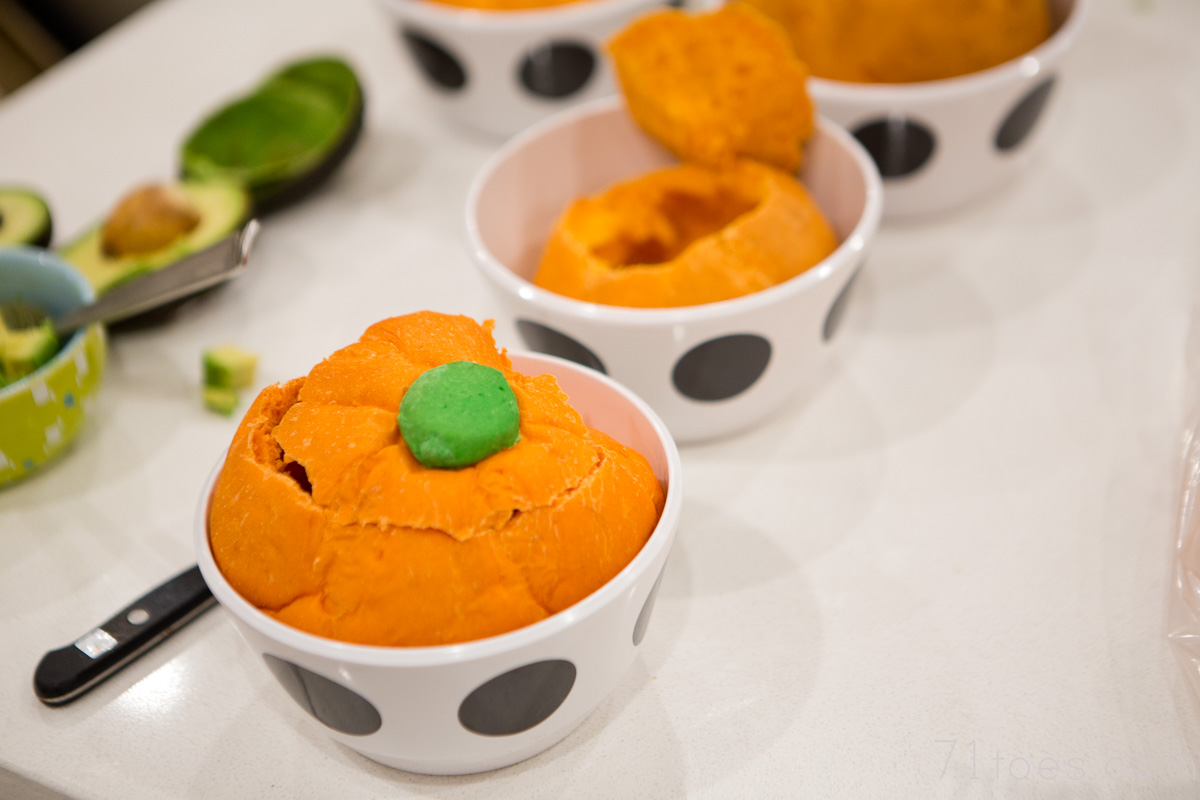 We ate it up before everyone headed out on their ways: 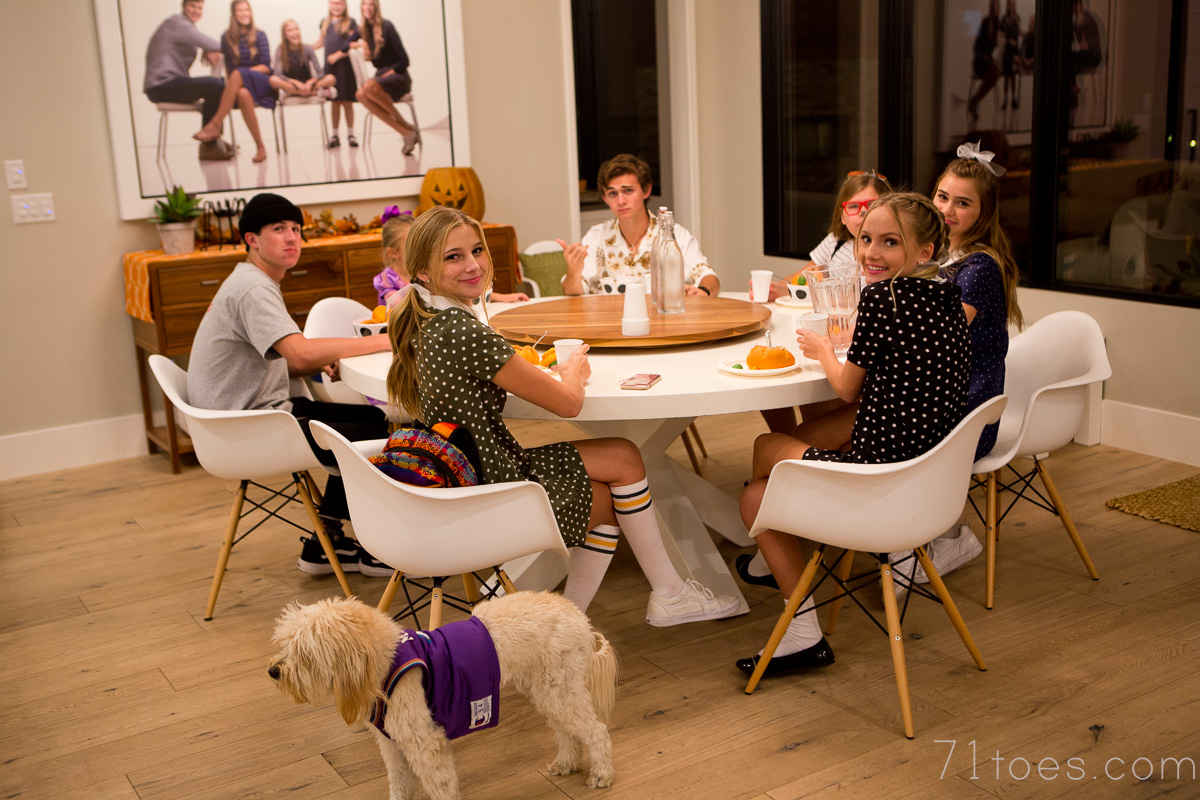 These girls finally decided on their outfits: 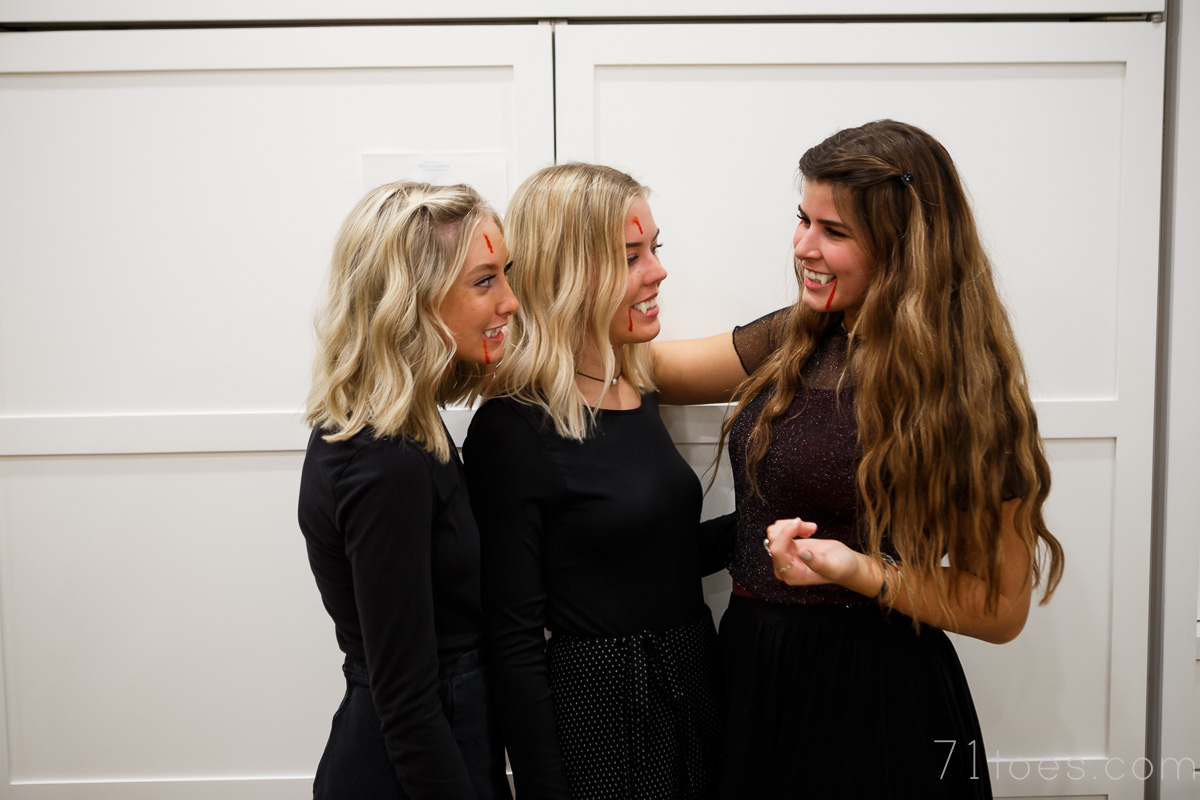 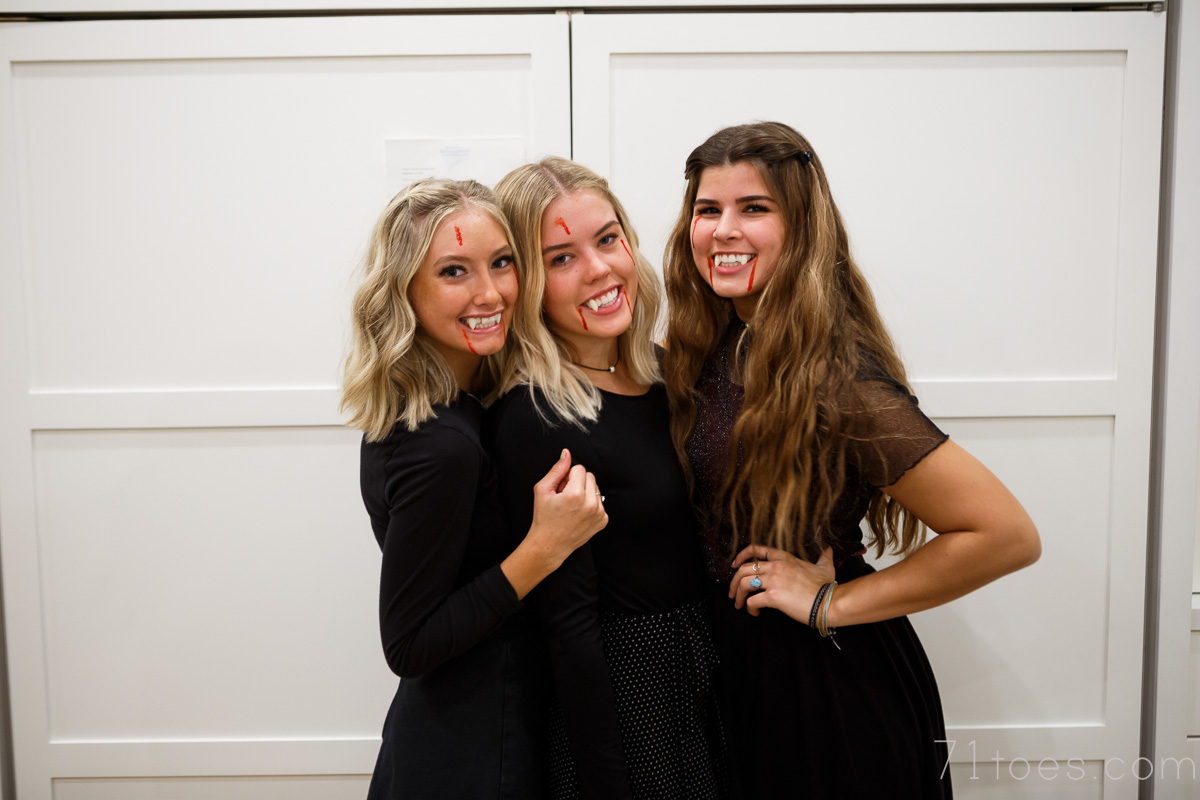 And Mike, our neighbor, made our traditional cul-de-sac “hydration station” better than ever: 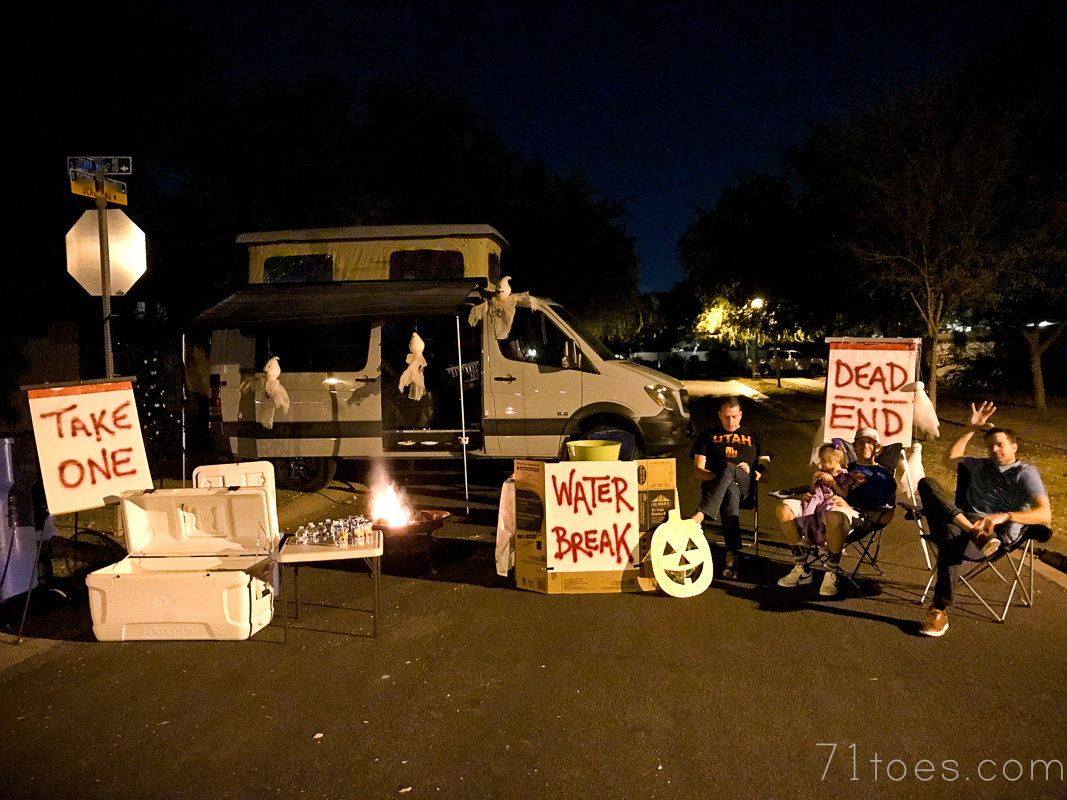 Lucy’s friend from another neighborhood was planning to come trick-or-treat with her but couldn’t make it last minute, so the two of us grabbed the tandem bike and headed out to meet up with these other girls: 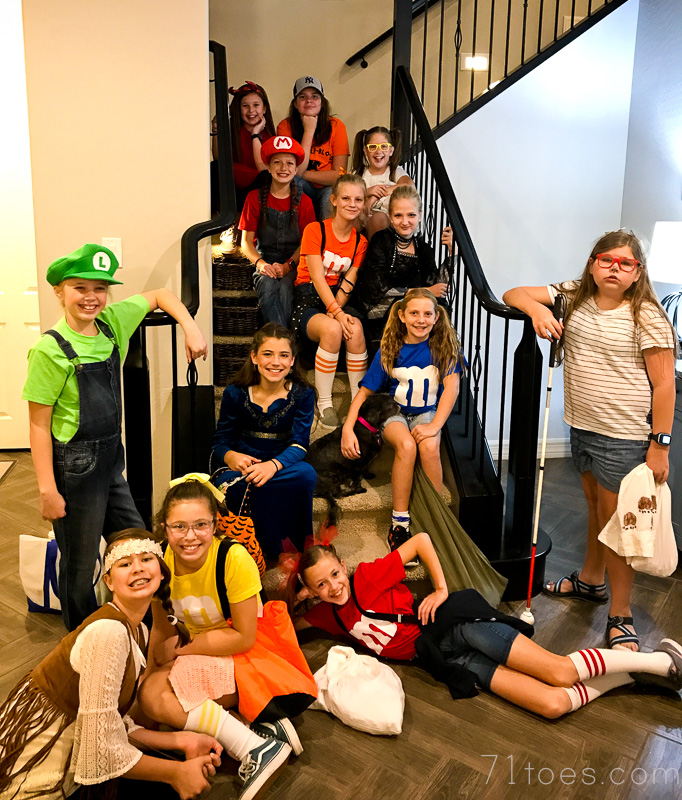 Lucy’s face doesn’t show how excited she was to meet up with this crew who were so incredibly sweet guiding her around with her cane: 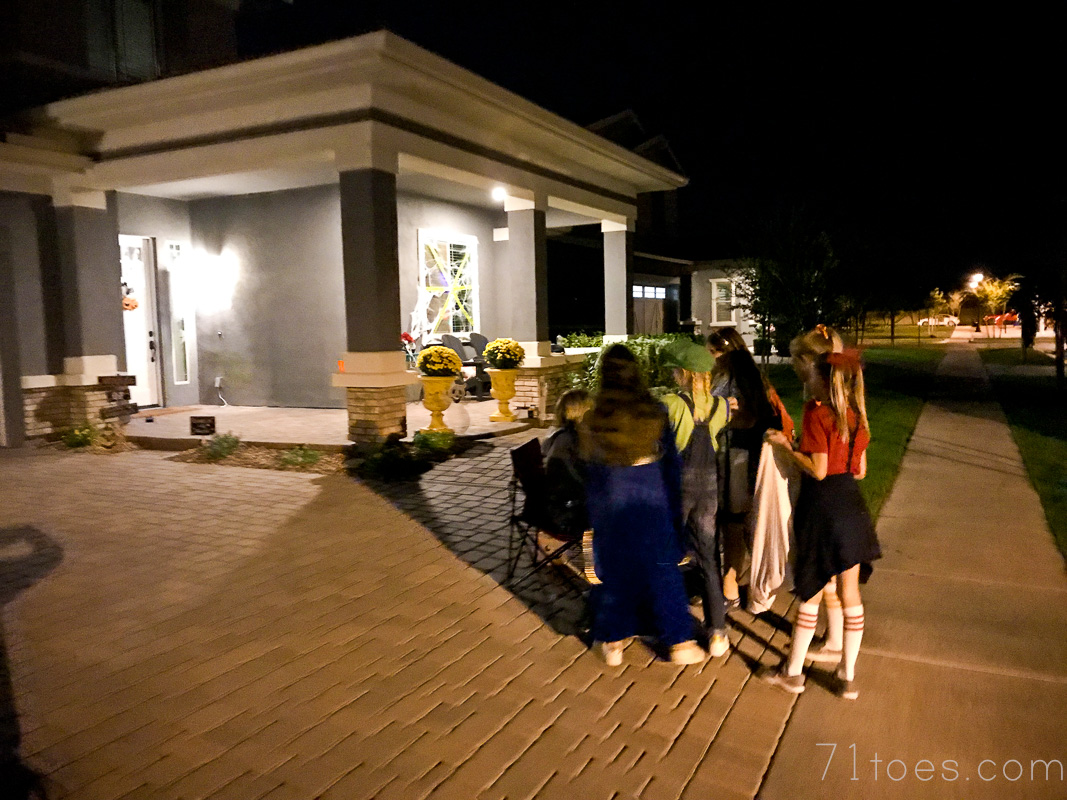 Made me a little teary as I followed along walking the tandem bike as they trick-or-treated a few streets. 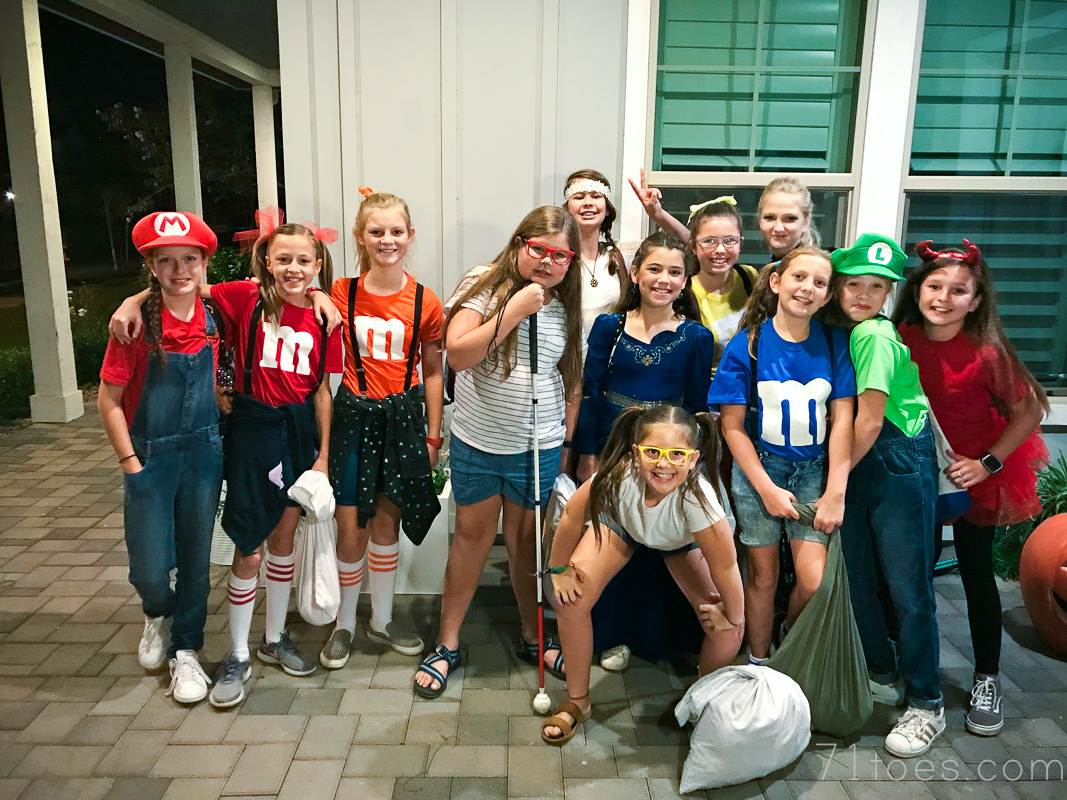 Then we hopped back on our bike, whisked through the neighborhood we love so much, still filled with so many crazy outfitted trick-or-treaters and driveway bonfires and smiles and happiness and candy, back home to sort candy, talk Lucy into a reasonable candy deal, clean up the remnants of soup and candy and dishes and fake blood and fabric pieces strewn throughout the house, pack up and organize the babysitter schedule to leave while it was still pitch dark the next morning to catch a flight to go meet up with Max and Abby and Abby’s parents in Provo for the weekend.

Now the Halloween decor is carefully packed away, and we are home from meeting up with Abby’s parents who we love, and are on to Thanksgiving, the Turkey Trot, and a WEDDING before we know it.

I just talked to two missionaries! Lovely guys one from Idaho and the other from South Korea, on my train home from work. I talked all about you and your family!! Elder hau and elder Loveland. Then they realised they were on the wrong train so got off

That is awesome!! I'm sure they loved having a friendly face to talk to them 🙂 I love missionaries!!