Home we’ve been married for a LONG time…

we’ve been married for a LONG time…

December 12, 2018
Dave has been traveling lately.  Two trips to China in the last month.  And somewhere, somehow, maybe on one of those long flights or perhaps in some meeting along the line he put it together that a big day was approaching: the day that I have been married for longer than I was single.
That day arrived on November 24.  And it arrived with me being totally oblivious as to it’s significance 🙂
But Dave was not oblivious.  He had plans.  He got up early that day.  It was a Saturday.  I thought he left to go play pickle ball (because that’s what he does lots of mornings) and I got up to take advantage of the quiet morning while the girls were still asleep to work on some things on my computer.
An hour or so later he walked in with a huge arrangement of 23 of the most beautiful giant white roses, each tied with a little golden strip of paper.  He explained that he realized that that day, had some significance, and he wanted to celebrate it.  Each of those strips of paper held a memory from before we got married.  I was overwhelmed with that thoughtfulness.
And those roses.  Wow. 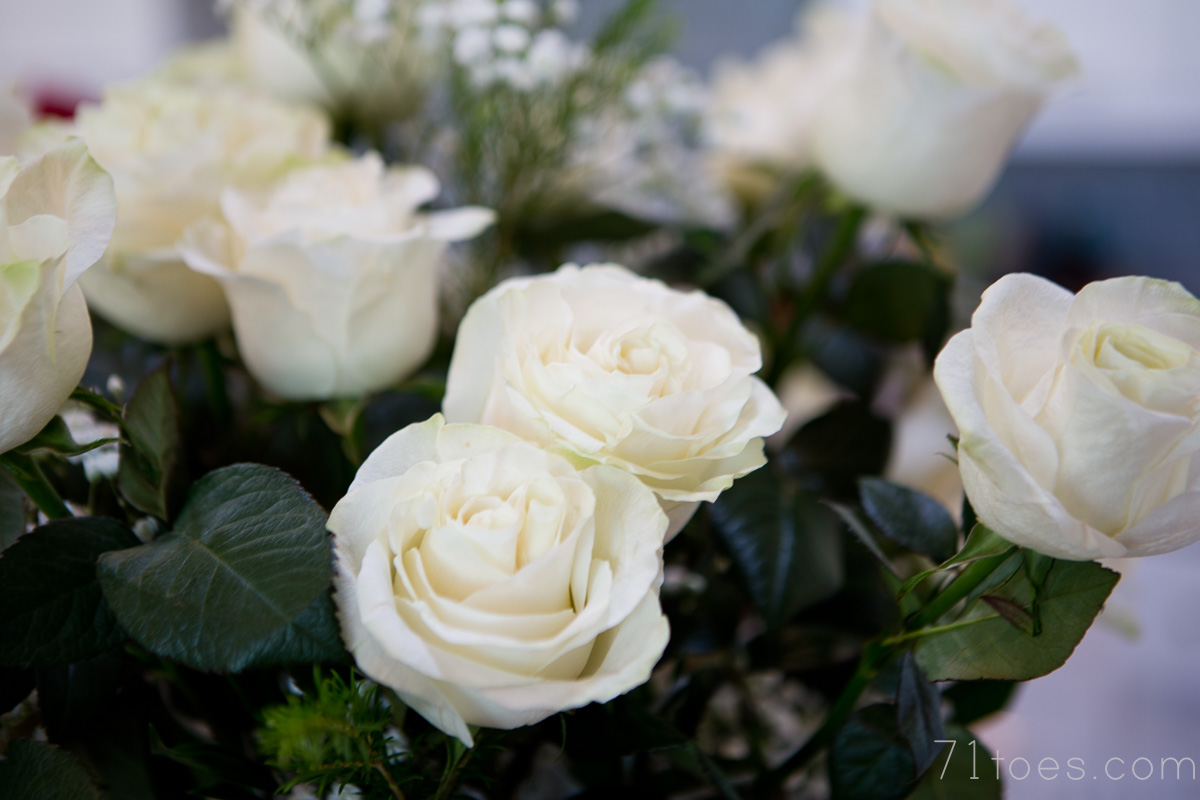 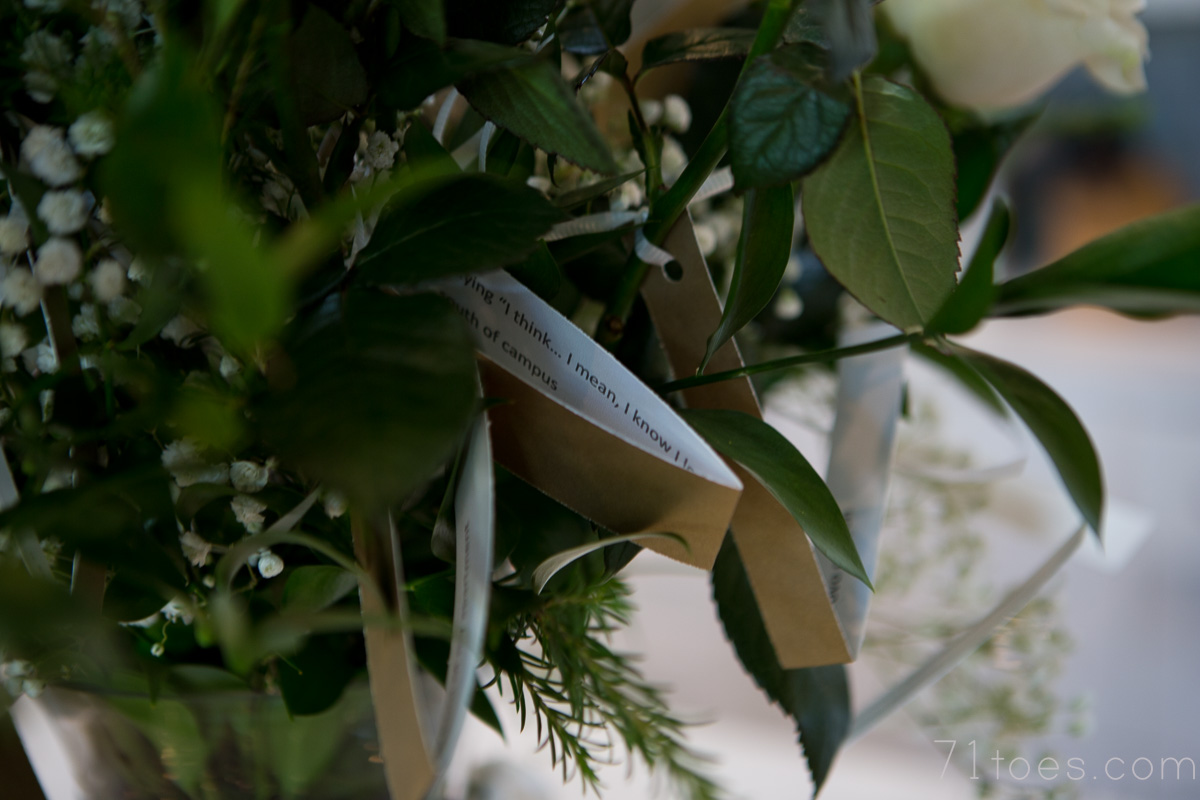 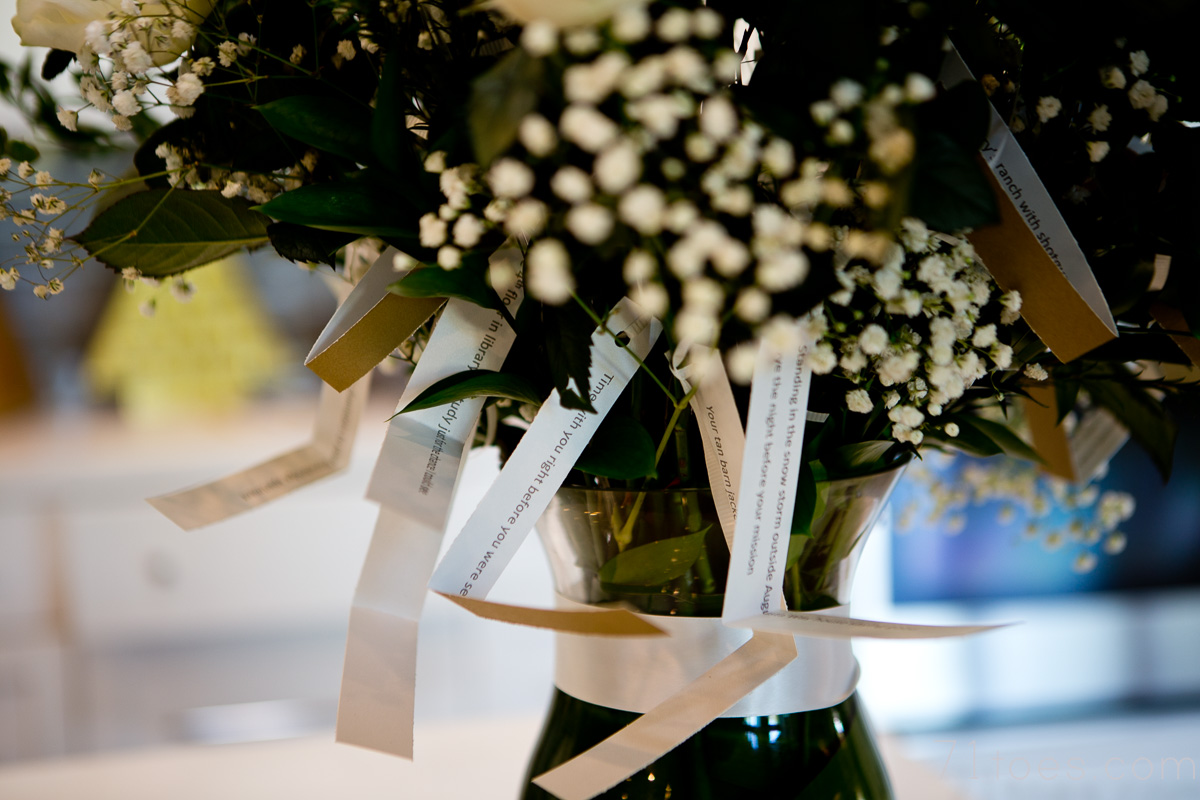 Then, throughout the day he arranged for the girls to keep bringing me a couple red roses at a time.  Each one laden with another golden strip of paper, these ones (on the red roses) filled with memories from after we were married, another 23 roses. 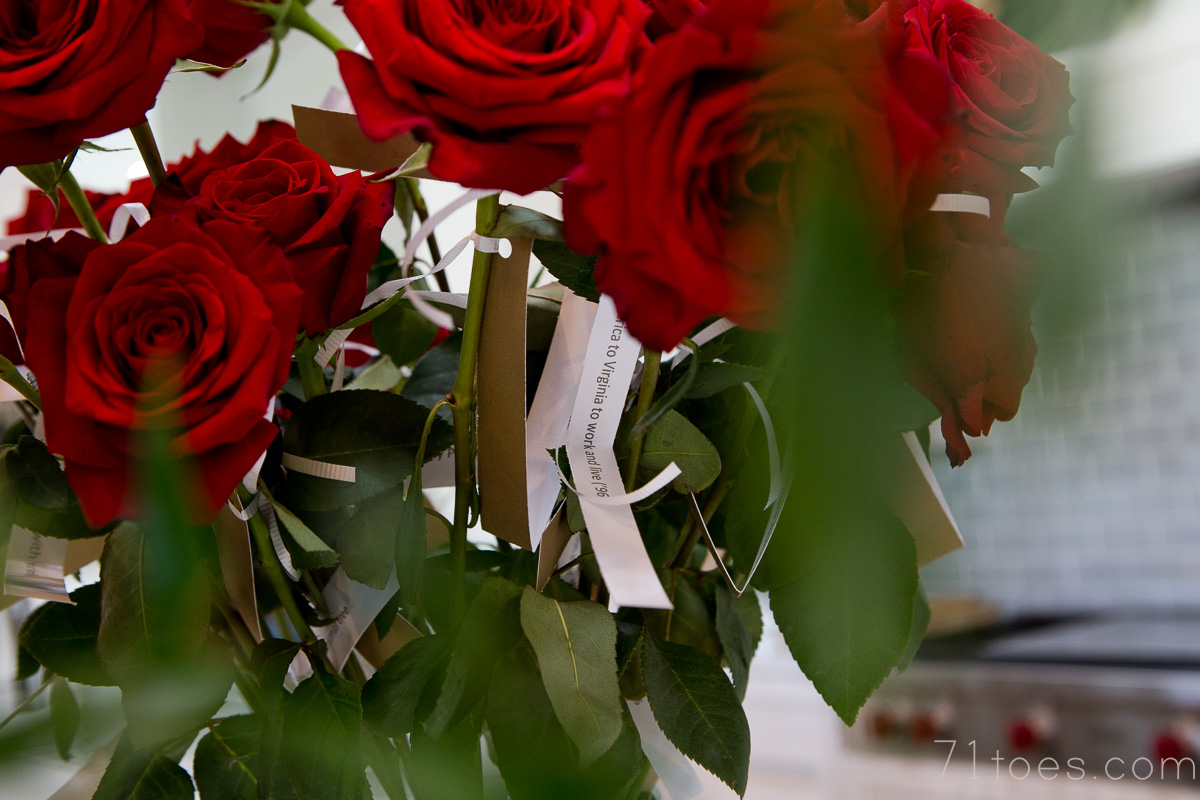 So by the end of the day I had these two giant vases filled with beauty…the flowers but even more the attached memories. 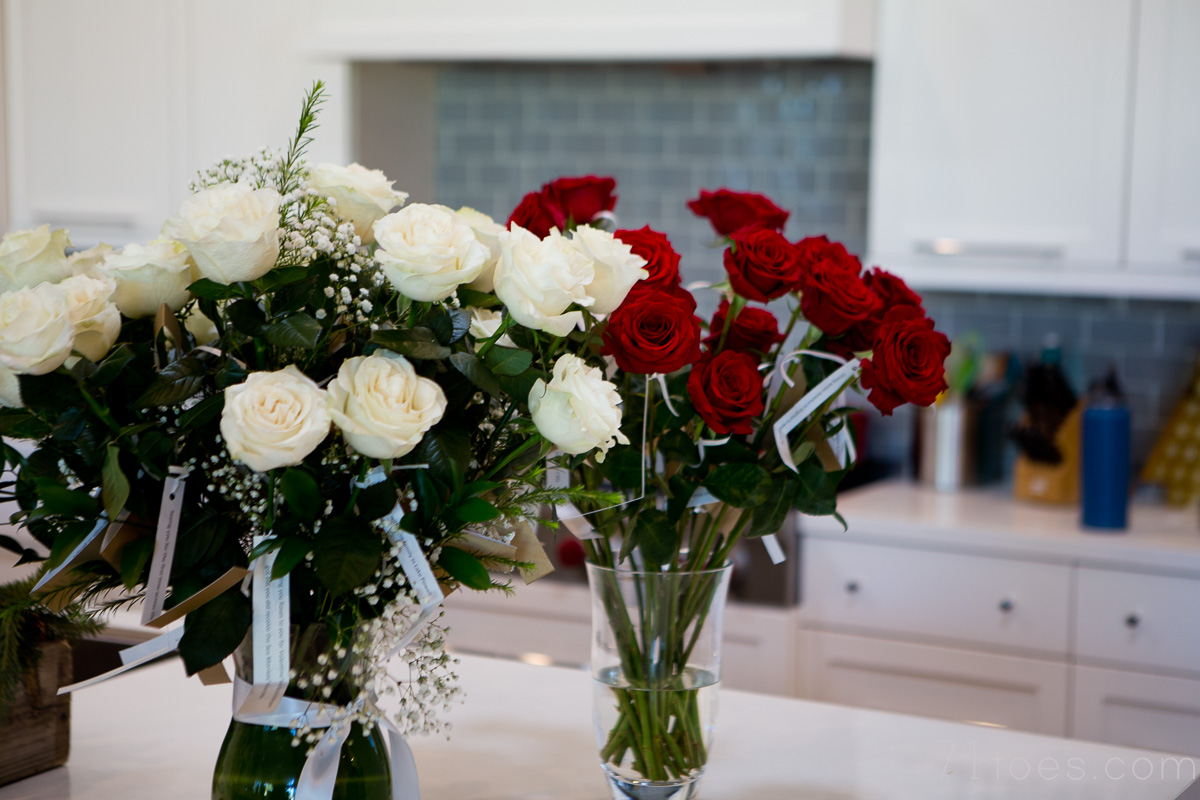 Life with this man. 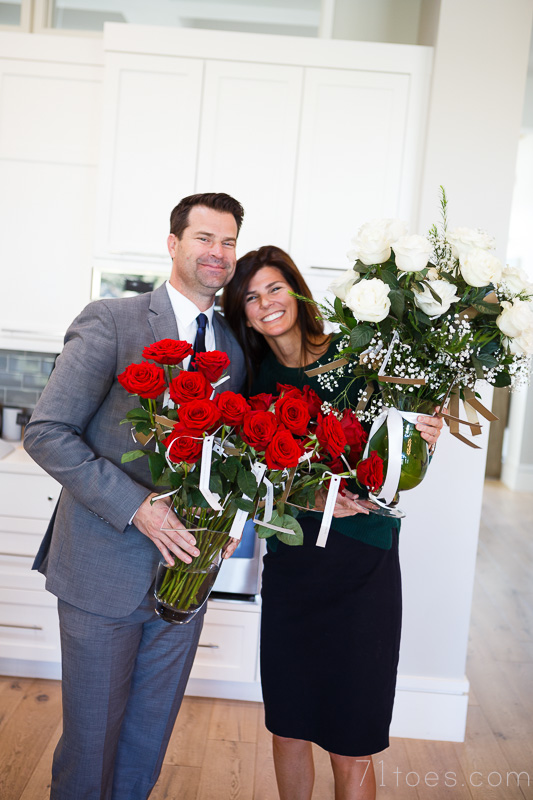 One who won’t like that I’m writing a post about this but sorry, too nice not to document. 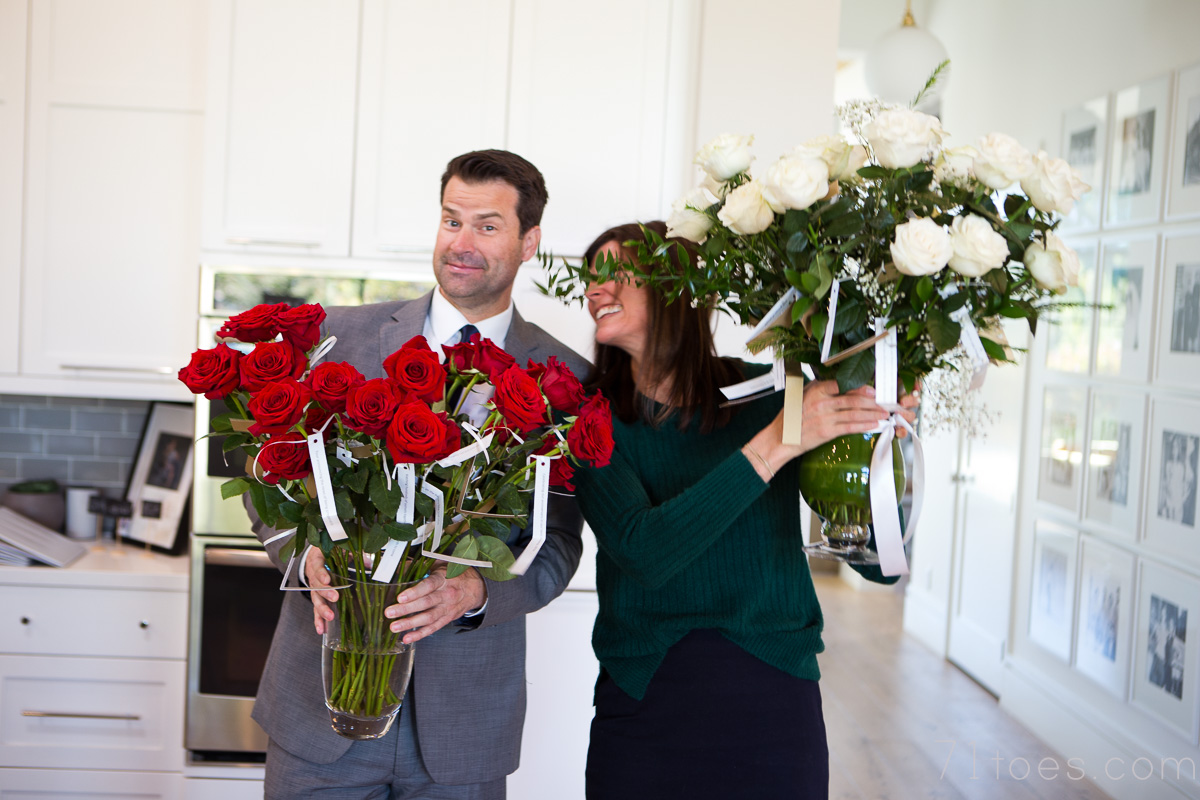 Love him, and all those memories he’s filled this “bigger” section of my life with for so many years. 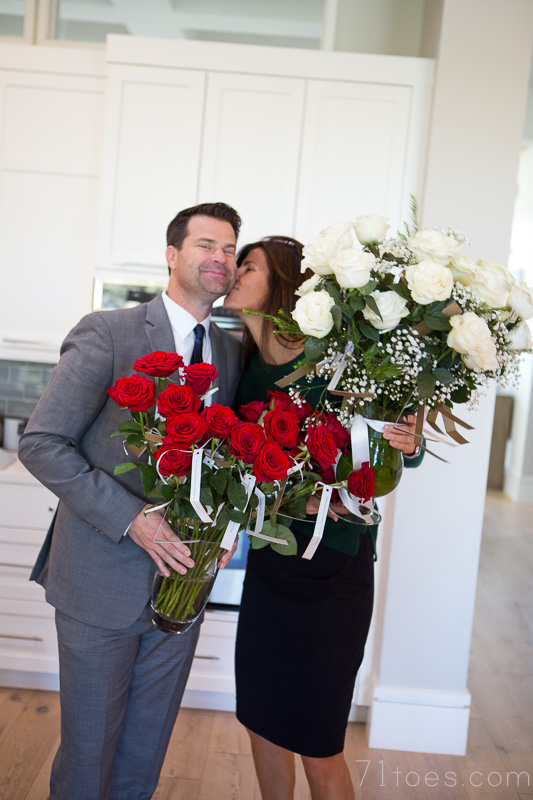 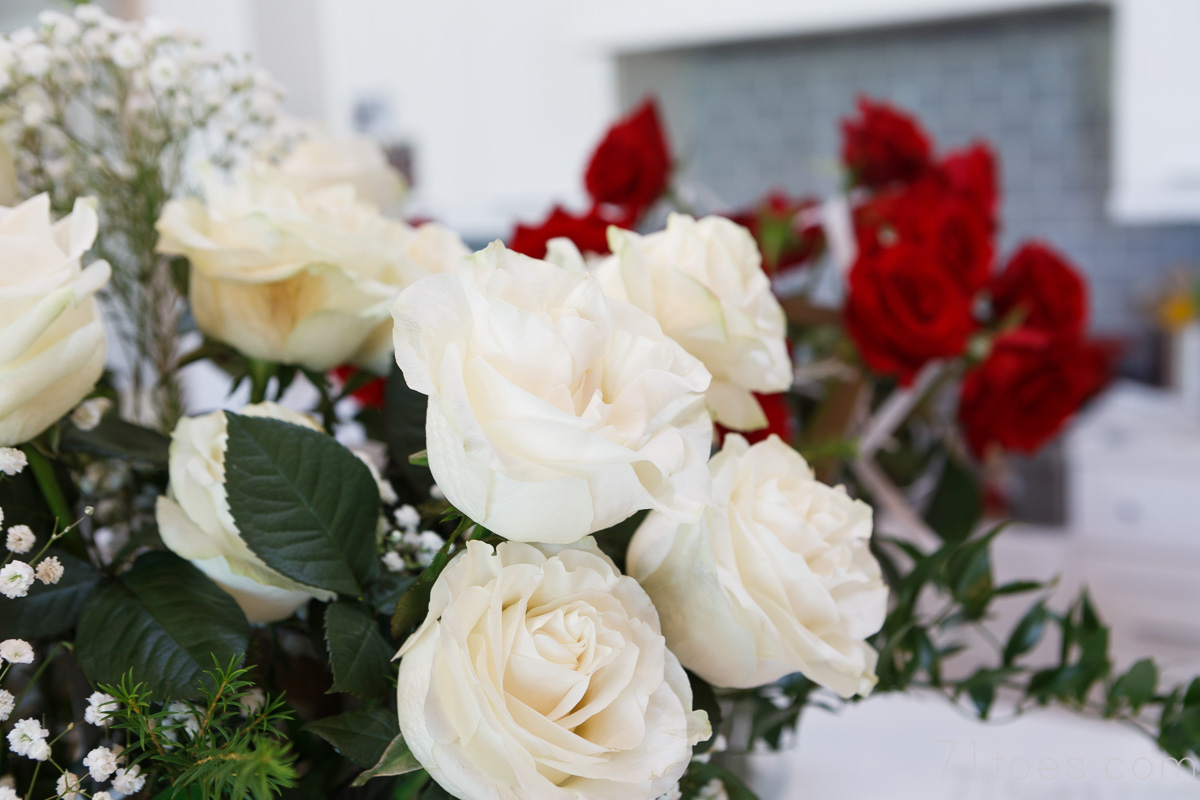 How amazing is that?  Dave is really thoughtful, and has always been a great gift-giver, but this took the cake. 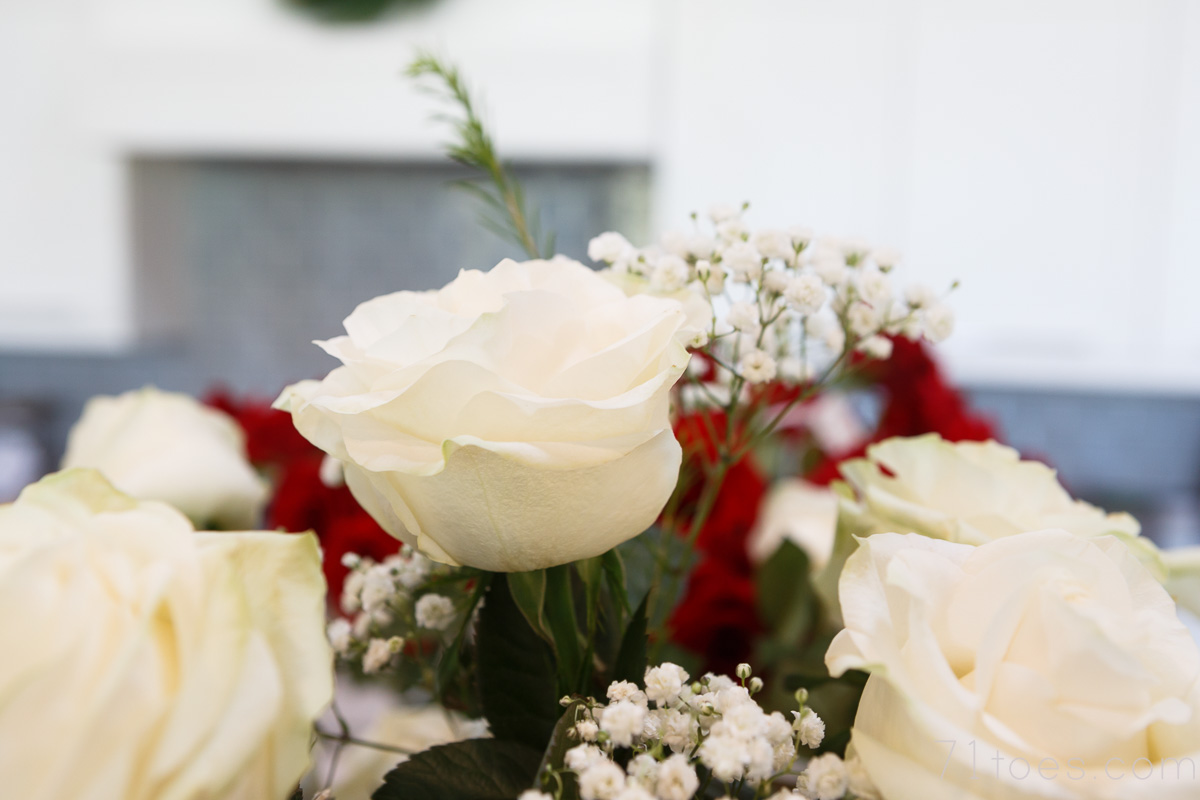 Is it all bliss all the time?  Heck no!  We’ve had some wing-dinger fights through the years (maybe he should have organized a third vase with some thistles representing those…but man, that would have to be a BIG vase!).  To be honest, the fights are some of my favorite memories too.  Because we’ve grown so much from them, each one.  Come to think of it, I think some of those roses did have memories of fight make-ups 🙂

Anyway, It was the most thoughtful gift I’ve received and I will always remember it.
Love you baby.  Don’t be too mad that I posted this.
xoxo

OH MY GOSH THAT IS AMAZING and so sweet.

What a sweet gift! Happy Anniversary!

That is so sweet. Happy anniversary to you both!

This is precious – what a thoughtful gift! xo

This is beautiful! Happy Anniversary!

What a lovely, special, memorable gift. And day! Congratulations.

That has to be one of the most romantic and sweet things I've ever heard!!

What an amazing example he is sending your son and daughters!! You got a good one there!!

That is such an awesome, thoughtful gift. Way to go Dave!!

Wow! That is so thoughtful!

What a beautiful gift! I love seeing couples who are both giving 100%! Happy anniversary!

This is BY FAR the most amazing gift one could give or receive. Major kudos to your hubs.

How incredibly thoughtful of him.