We have some friends who divorced a few years ago.

excitement..and a cute new member of the BYU volleyball team…

January 14, 2019
Ok, a little pause from wedding coverage for today because guess what?
This past weekend, this boy made his debut as I think the very newest member of the BYU volleyball team: 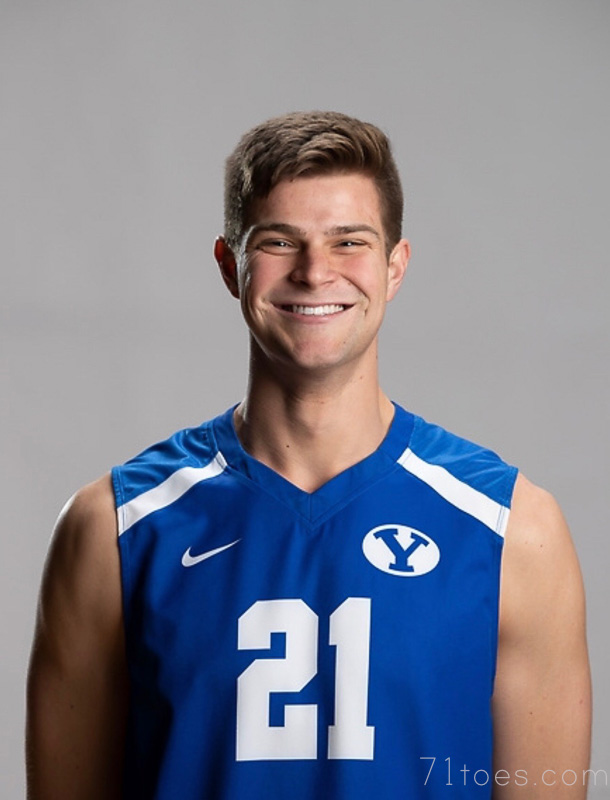 (And I’m sorry because I know I am biased as all get-out, but I think that smile is about the cutest thing ever.)
I’m going to go ahead and tell you something:
IT WAS SO EXHILARATING TO WATCH HIM ON THAT COURT!
Dave and I bought tickets to go watch the first two games (one on Thursday, one on Saturday) long ago in anxious anticipation.  Max is red-shirting this year and we knew he wouldn’t be playing, but we were just so excited.  This is something that Max has had as a “pie-in-the-sky” dream ever since he started playing volleyball all those years ago…it’s a really strong D-1 program.  Such great coaching and they have been to the Final Four five times since 2013 and have competed in the national title match three of those times.  Max is the “new guy” and has so much to learn, but he is feeling pretty grateful and humbled by this learning opportunity.
One thing I love about that team is that they’re from all over the world.  There are players from Italy, Brazil, Puerto Rico, and Finland (more about the players and some other things HERE).  Plus there are members of the church as well as those who aren’t.  And I love that in the midst of a church school situation Max gets to be surrounded by that kind of diversity.  There is so much to learn from each one of those players and Max is sure learning a ton and loving all those great guys.
As we got closer to the big opening match and there were so many things pulling different directions I wondered if I should just have Dave go up to cheer on the team.  But in the end I went.  And as I sat there watching that boy warm up with the team, big smile on his face, the crowd going wild (BYU has about the best student/community support of any volleyball team I know), I got overcome with the most tremendous amount of gratitude. 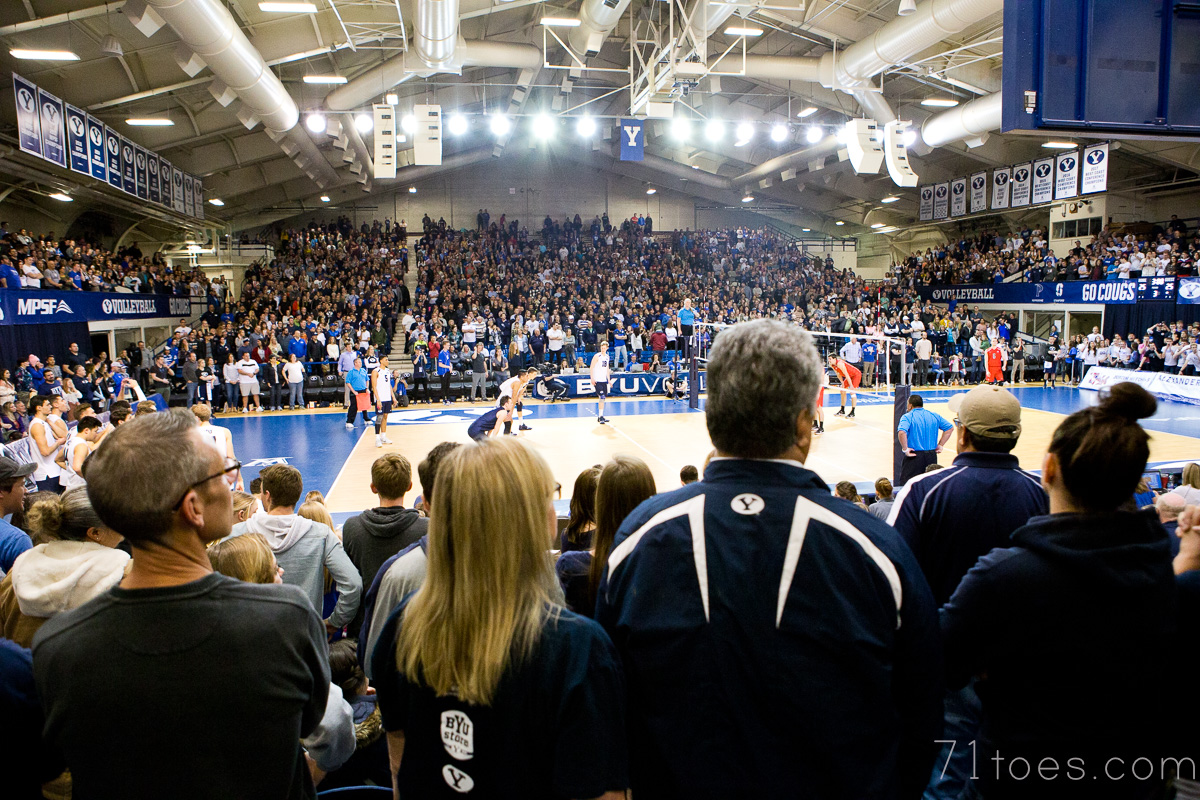 How could I have I missed that??  Dave and I…and Abby too… just kept looking at each other with the biggest smiles.
But let’s back up for just a sec to the weekend Dave and I went to Provo to meet up with Max and his brand-new-at-that-time fiance and her parents because this is part of my volleyball story as well 🙂  I talked about a bunch of the stuff we did up there together back HERE, but I didn’t include one of my very favorite parts of that whole trip: 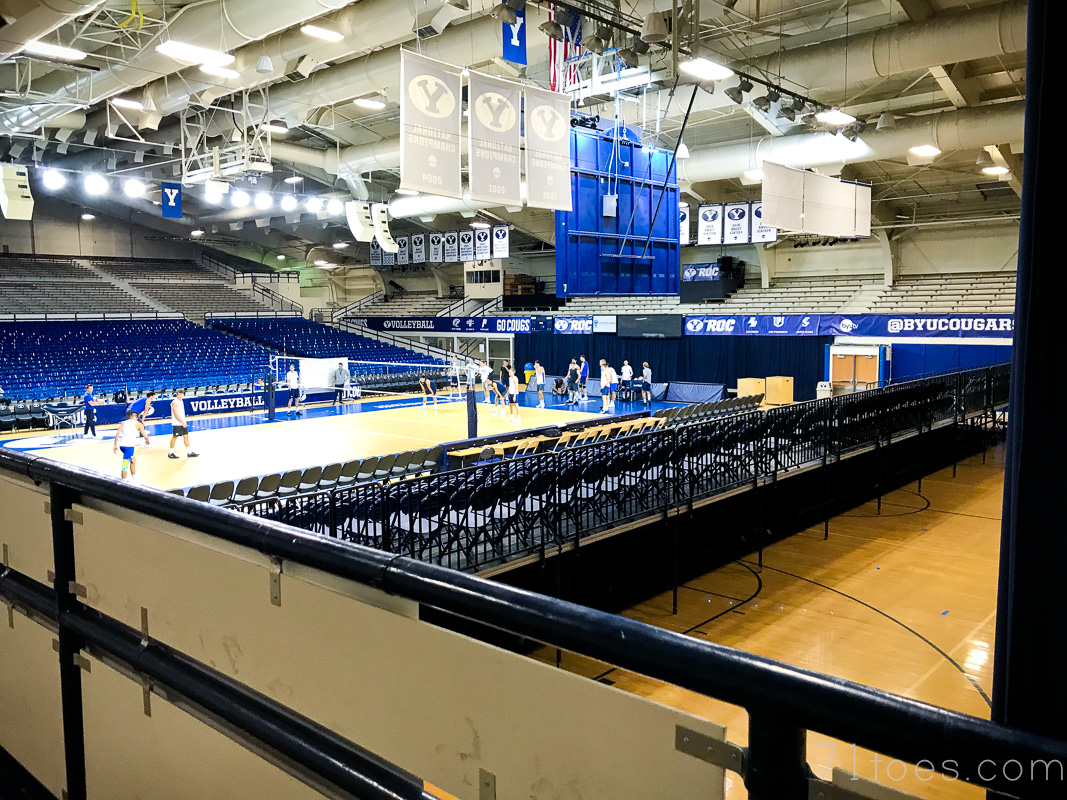 It was when Dave and I snuck off by ourselves one afternoon to slyly watch Max’s volleyball practice.

We didn’t want to distract so we went totally incognito slouching as low as we could on the upper bleachers: 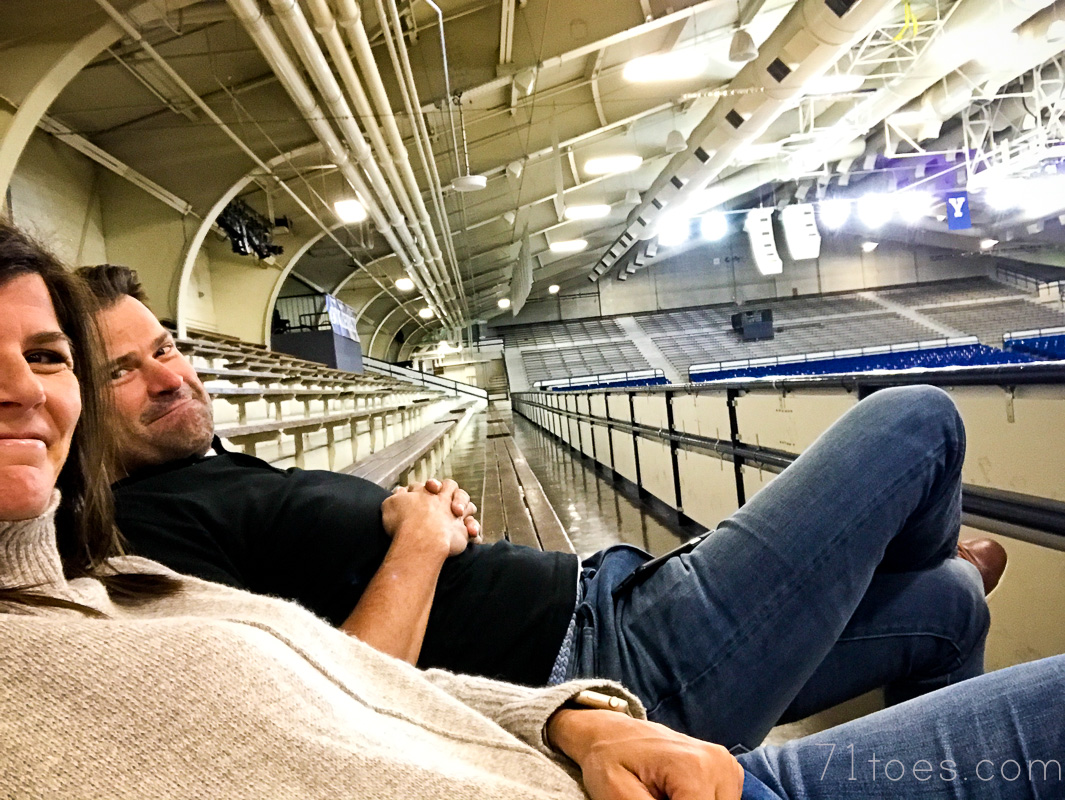 Slouching with the biggest smiles on our faces watching that kid hit that ball…and stand at the net, hands up ready position just like the old days.

Not only was it a little surreal to watch him mingled in with those towers of men on that actual college team, belonging there, and to feel the love they have for him, chanting his name and giving him a head rub after a great hit, but that boy of ours was good!  Sure, he has a lot to catch up on after missing out on the action for a couple years, so much to learn from the great coaches and those great kids on the team, but he’s so up for the challenge, and we had thought he’d be a little more rusty than he was, so it was extra exhilarating to watch him out there on that court. 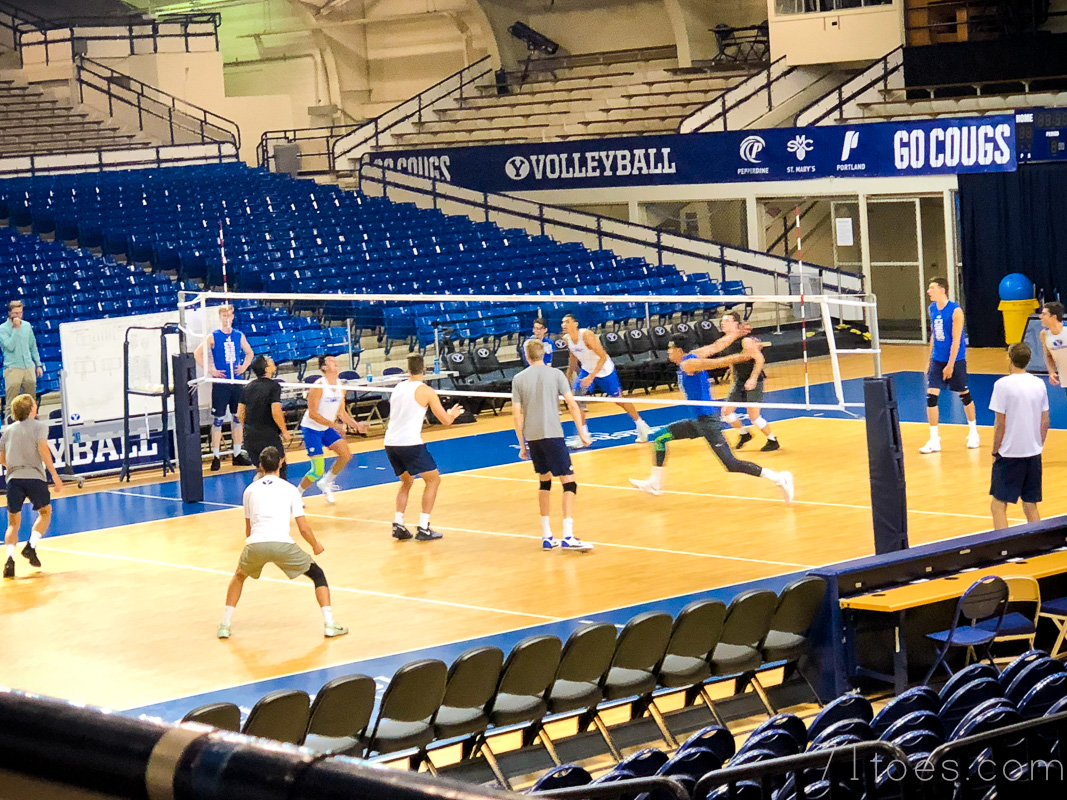 Ok so back to this last weekend… 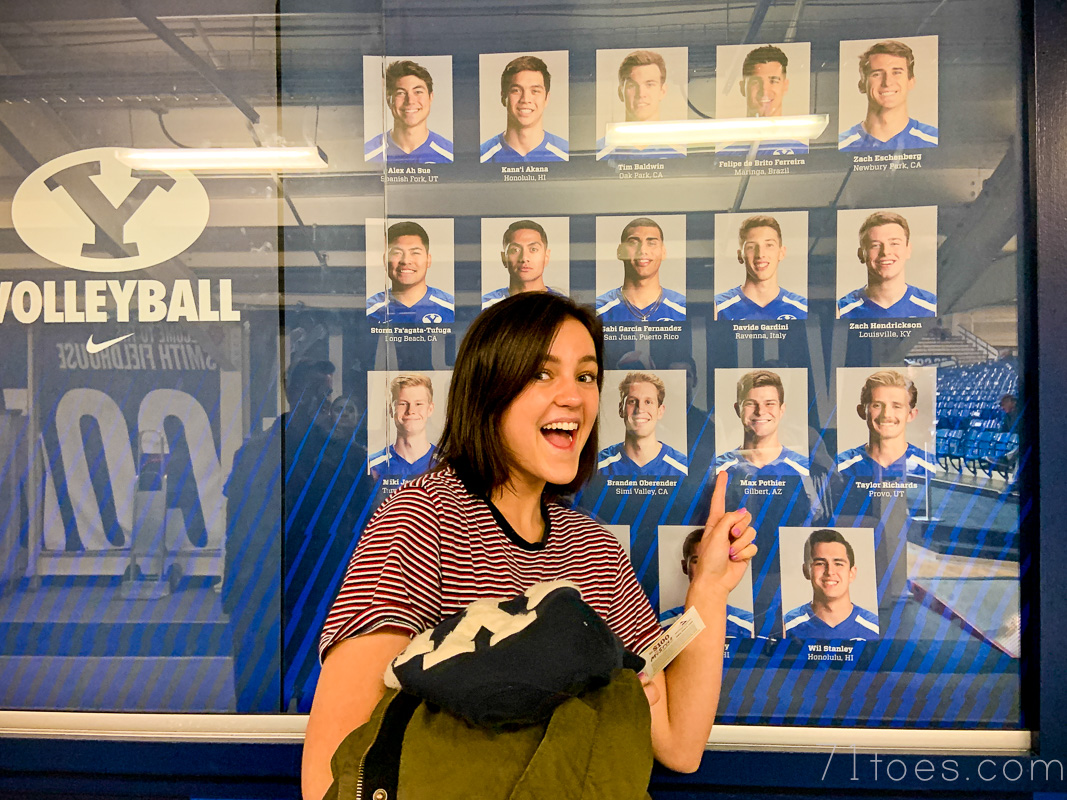 Dave, Abby and I were all a little giddy walking into that gym.

And just to add to that giddiness, check out what we found when we opened our program: 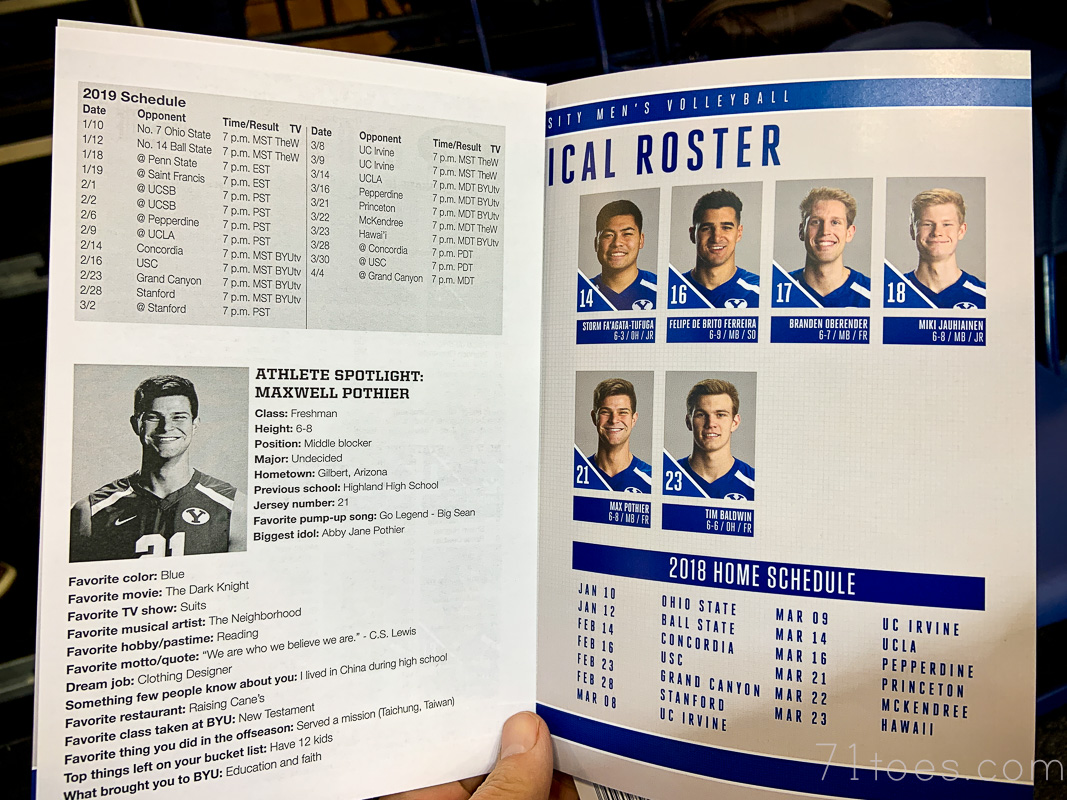 Max was the “athlete spotlight” of the night!  Pretty funny.

Oh seeing him out warming up on that court was as the gym was filling up was pretty fantastic. 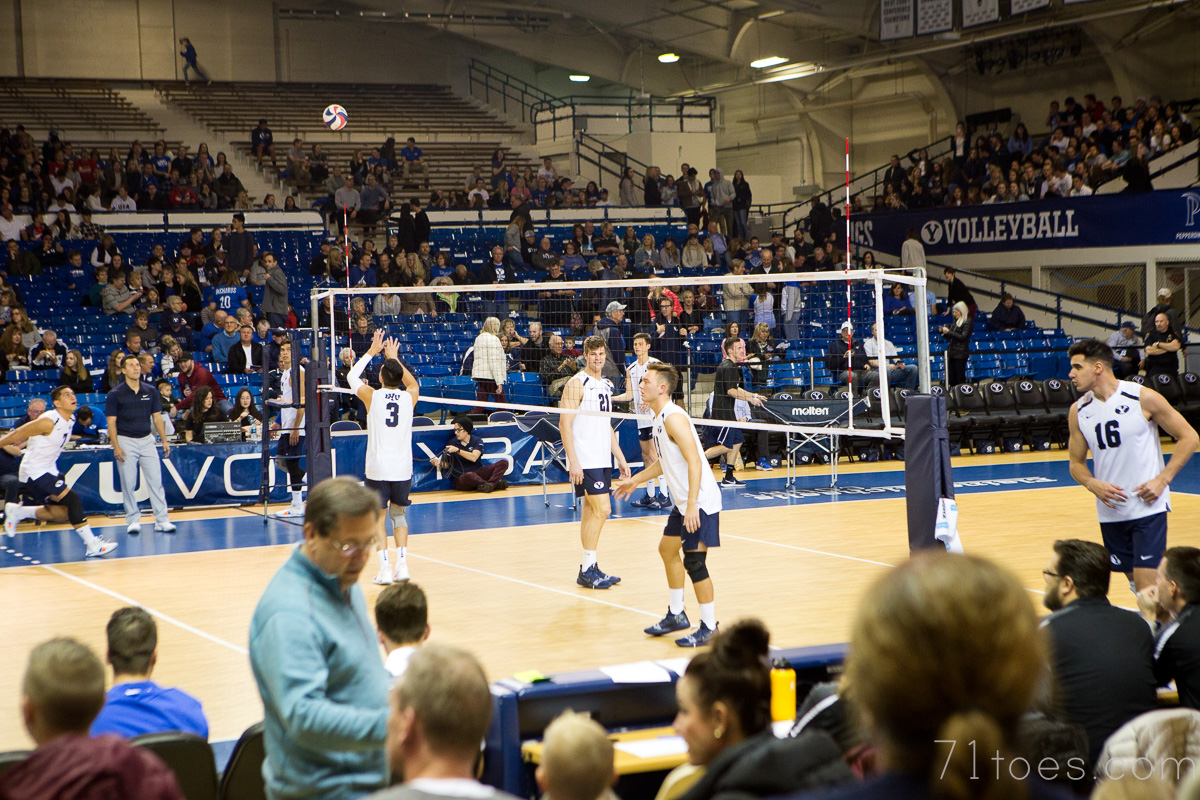 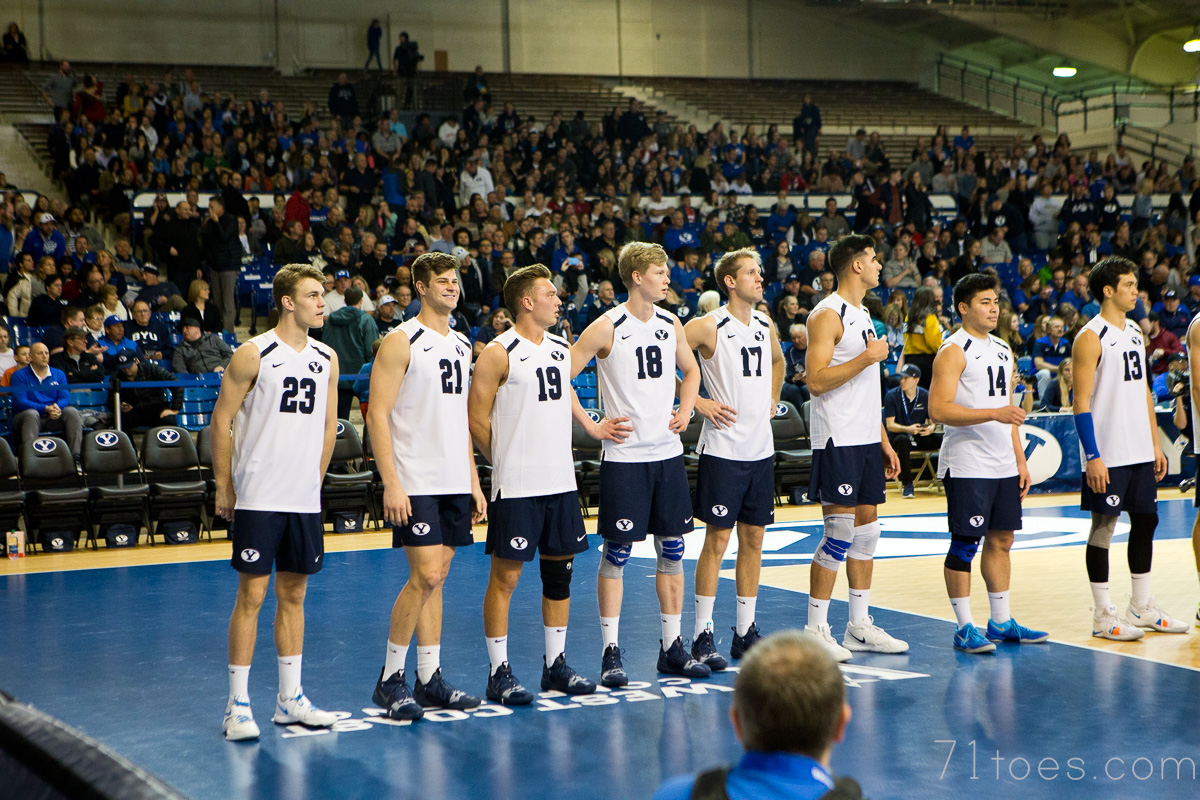 Abby and I snuck down to get as close as possible to the action as they introduced all the players. 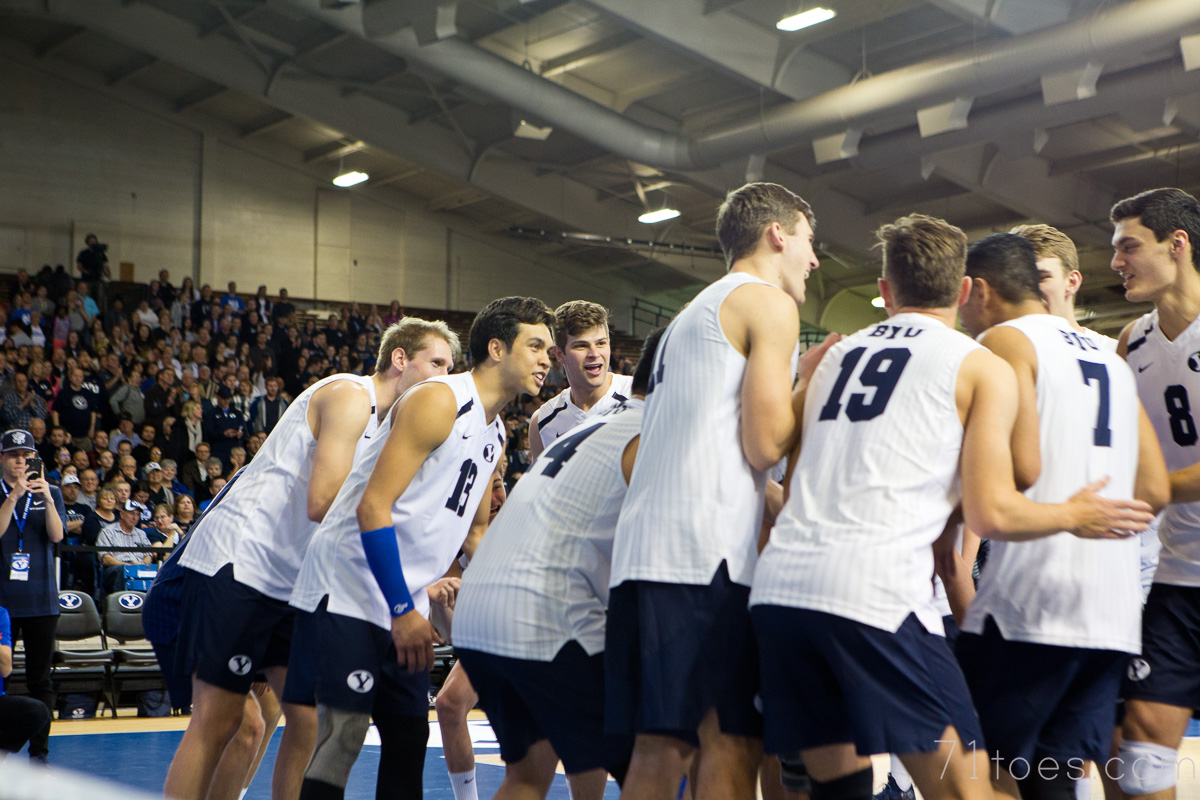 As I mentioned, that crowd shows up and so did the players…on the court as well as on the sidelines:) 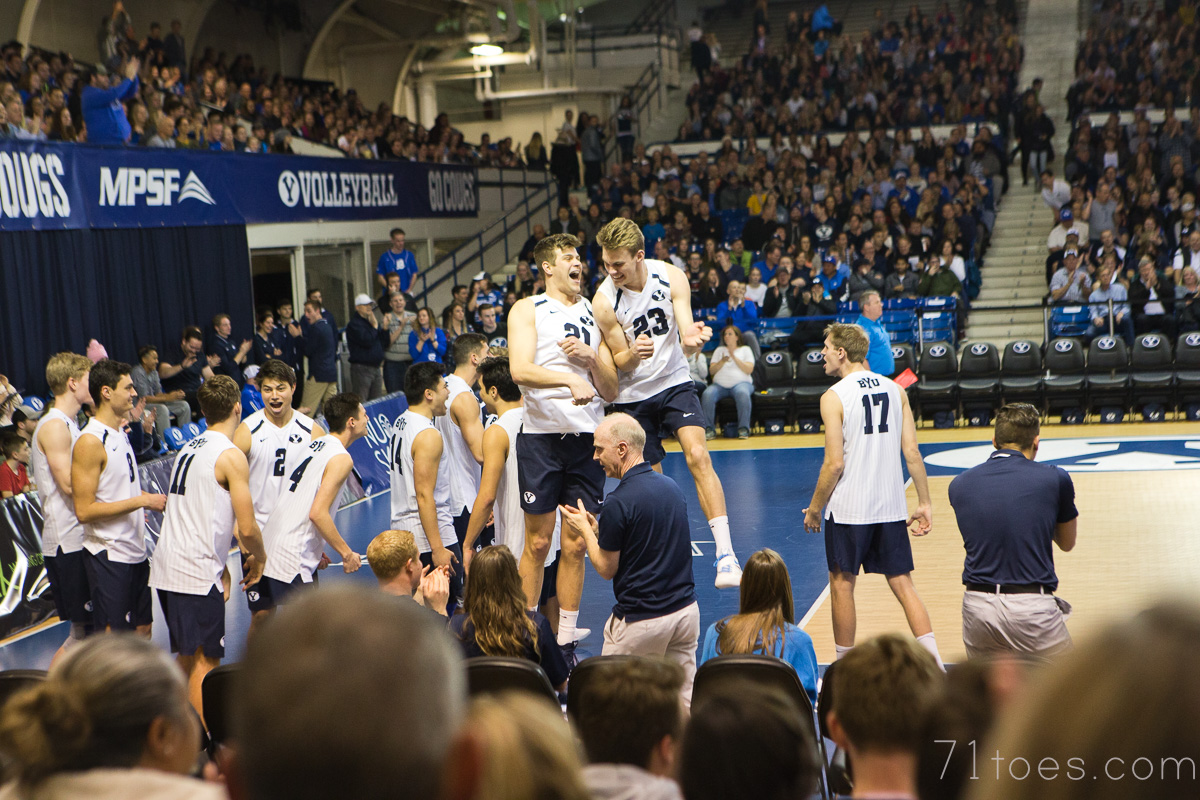 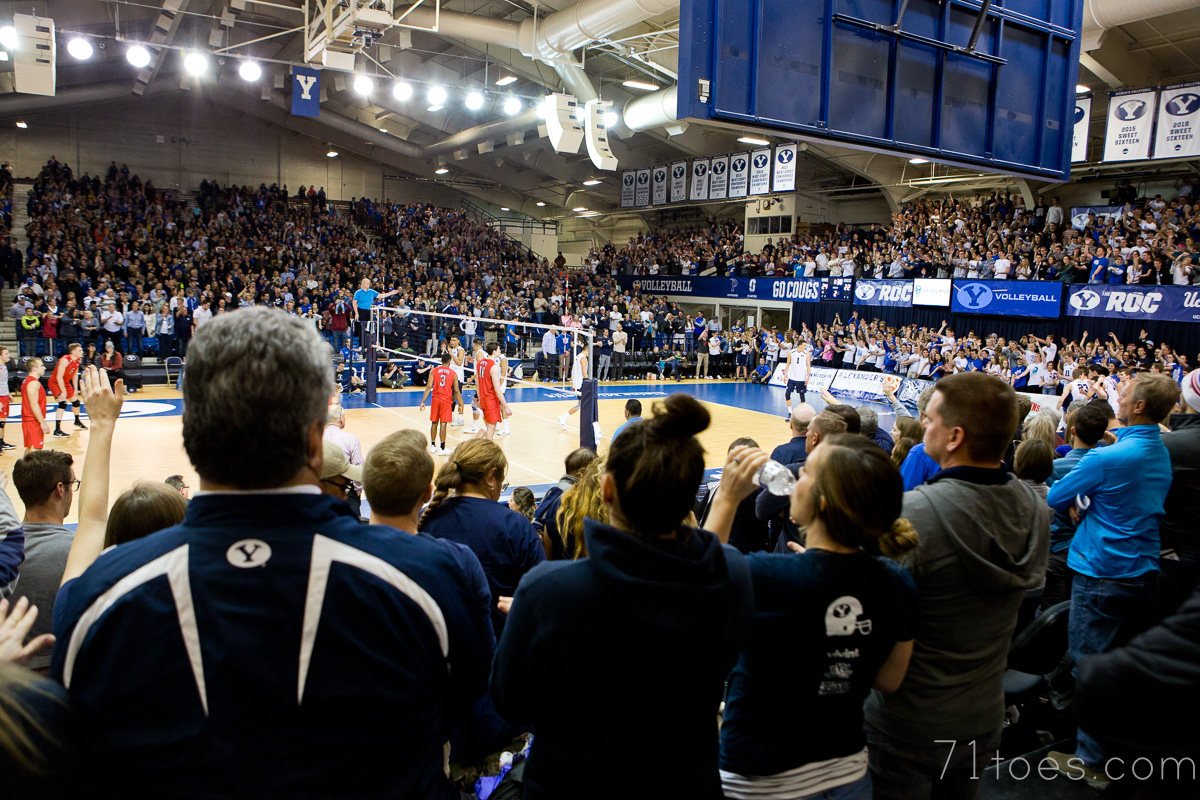 Match point with the Jaws music going and the crowd going wild: 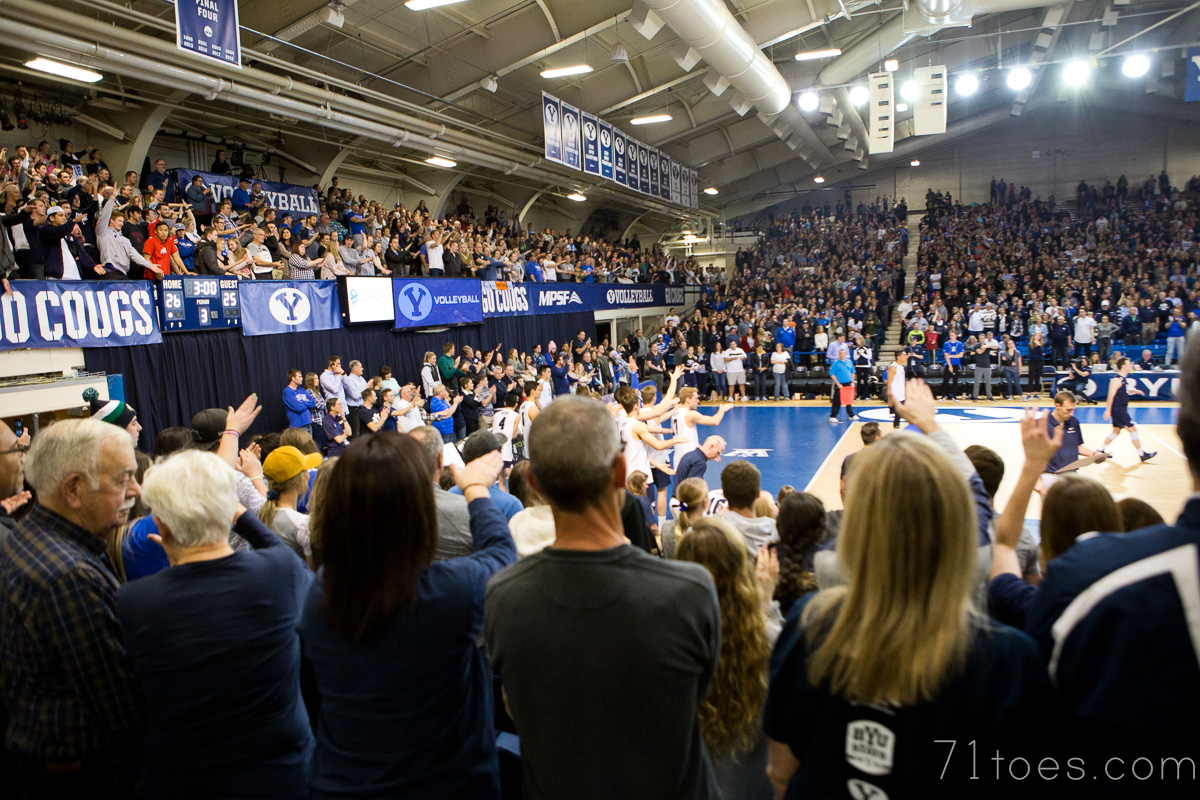 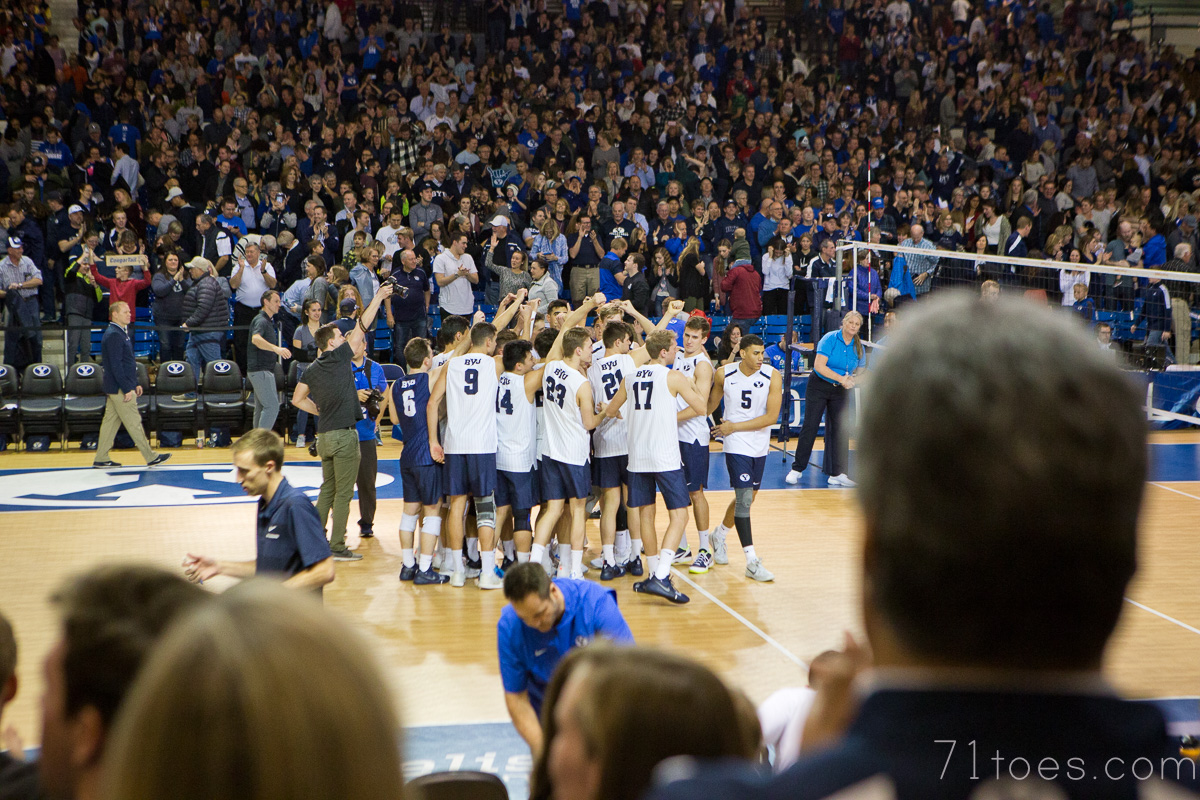 We took the win in three and it was so loud and electric in there, we loved every second of it.

Loved meeting so many of the team members and their parents, the awesome coaches, just getting a feel for the whole thing.
Loved that Dave’s sister Julie and her girls were there to join us. 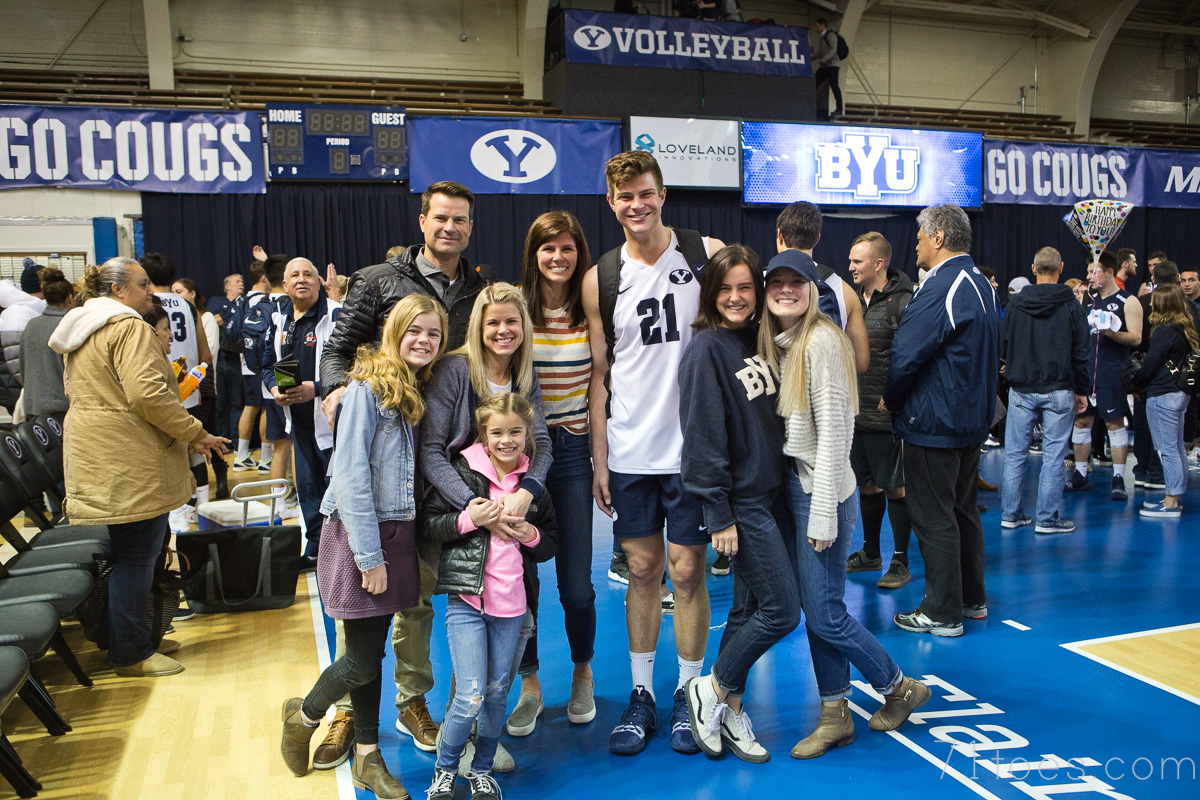 …and some of Elle’s best friends too: 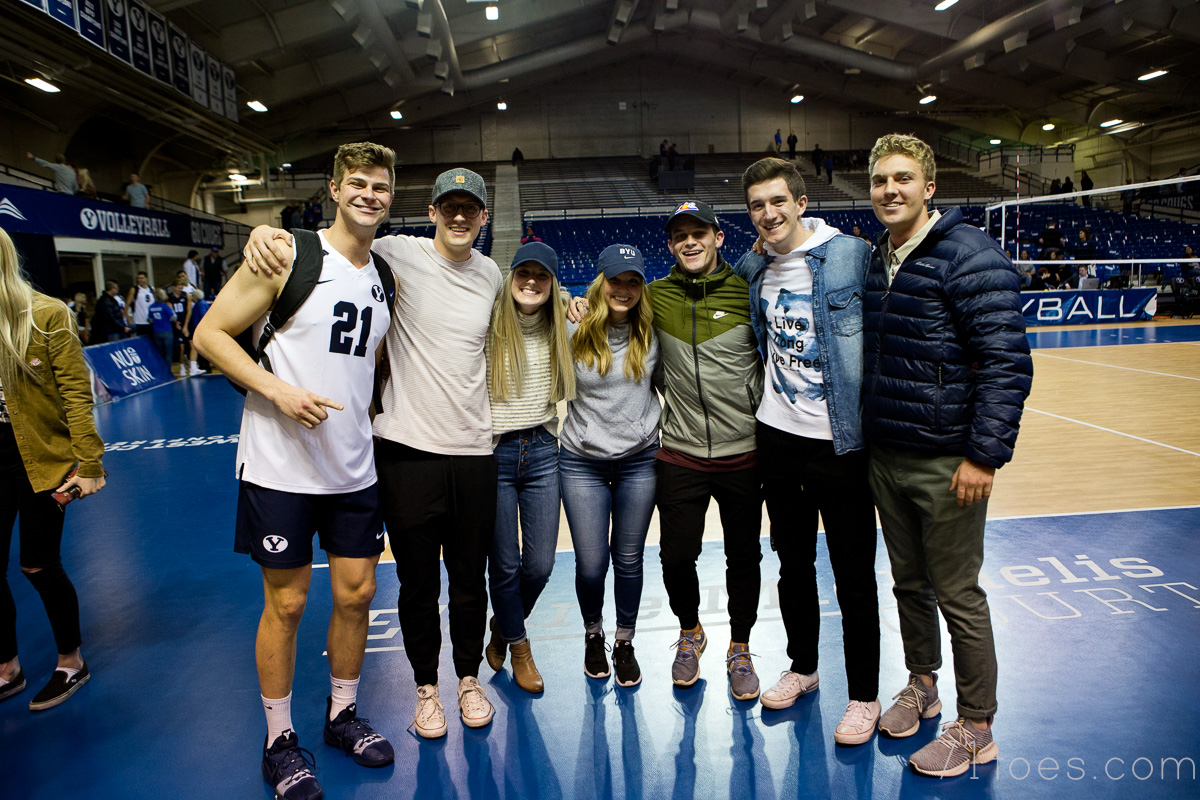 What a great night. 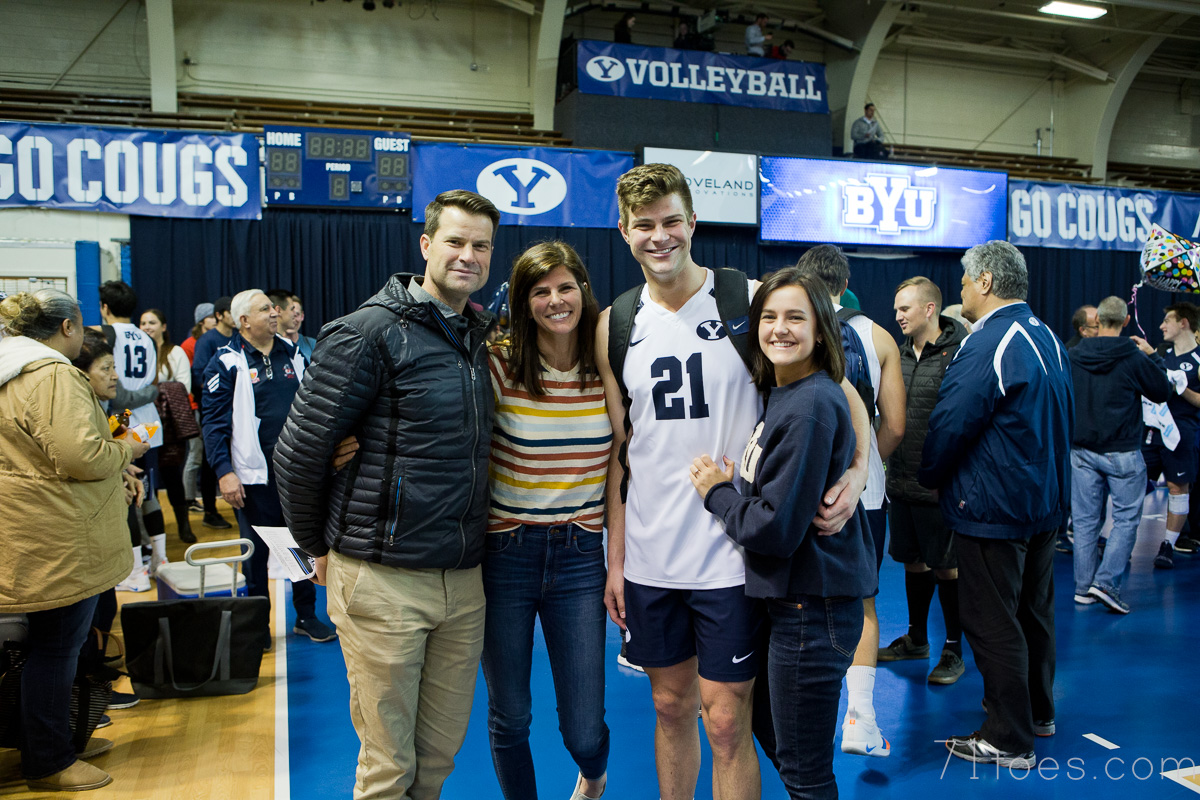 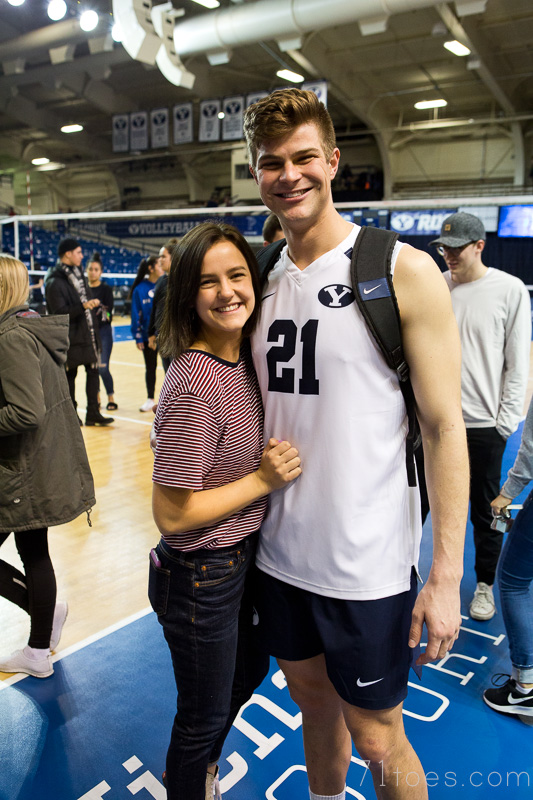 Then on Saturday they played the #14 ranked team. 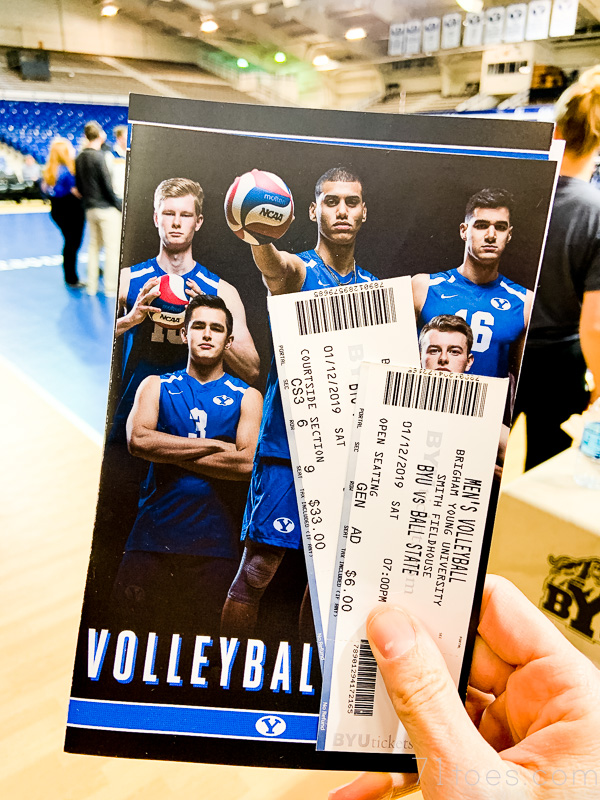 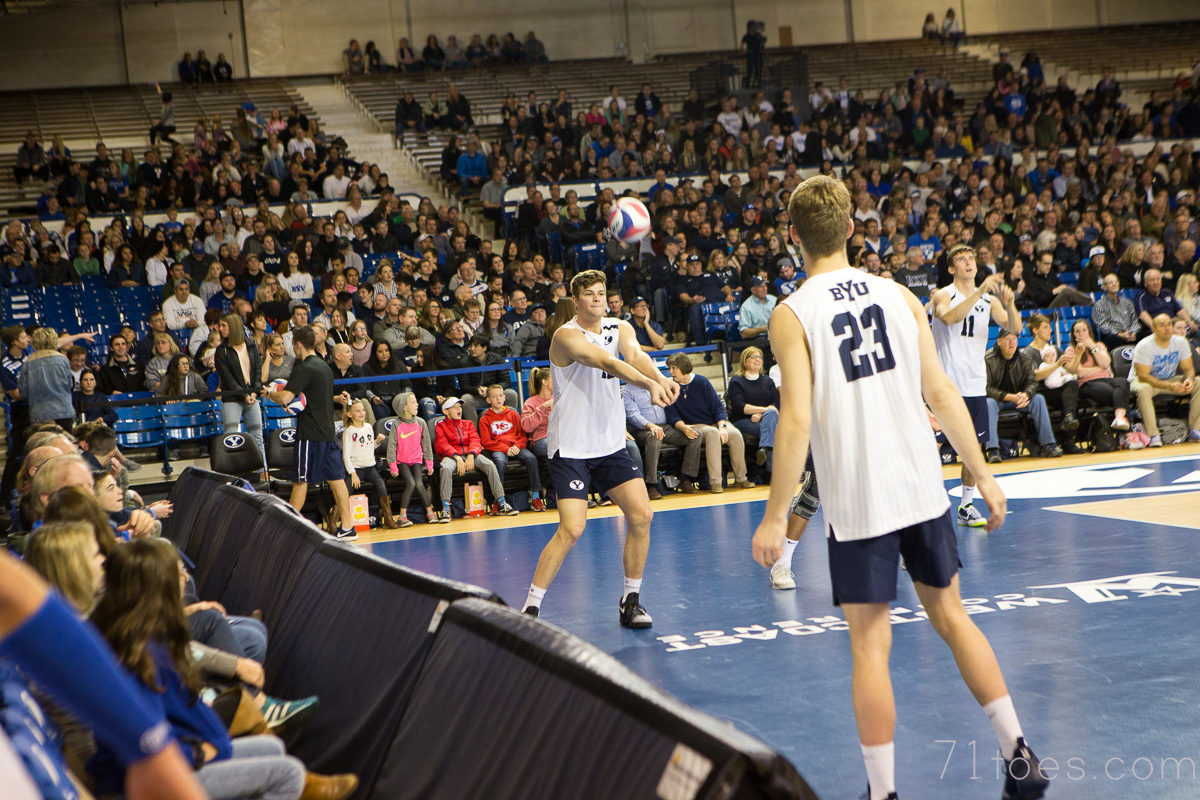 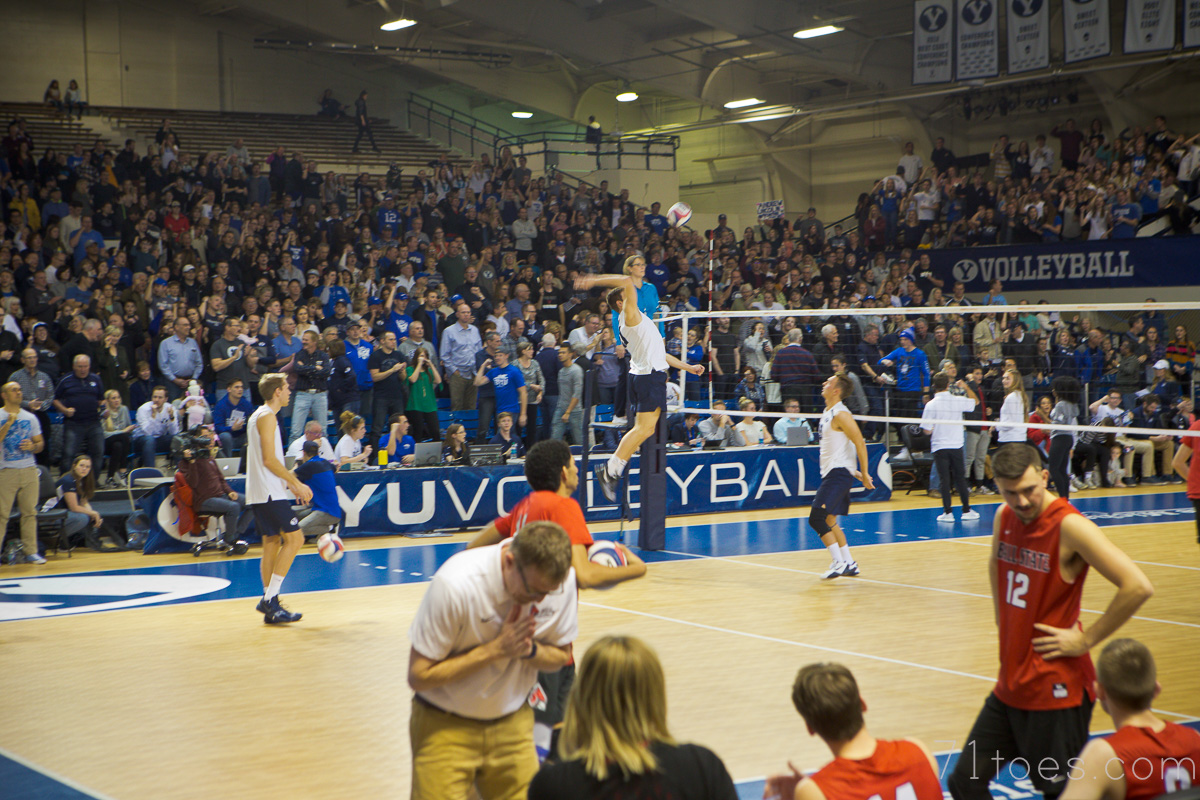 These guys all came to join in the hype that night: 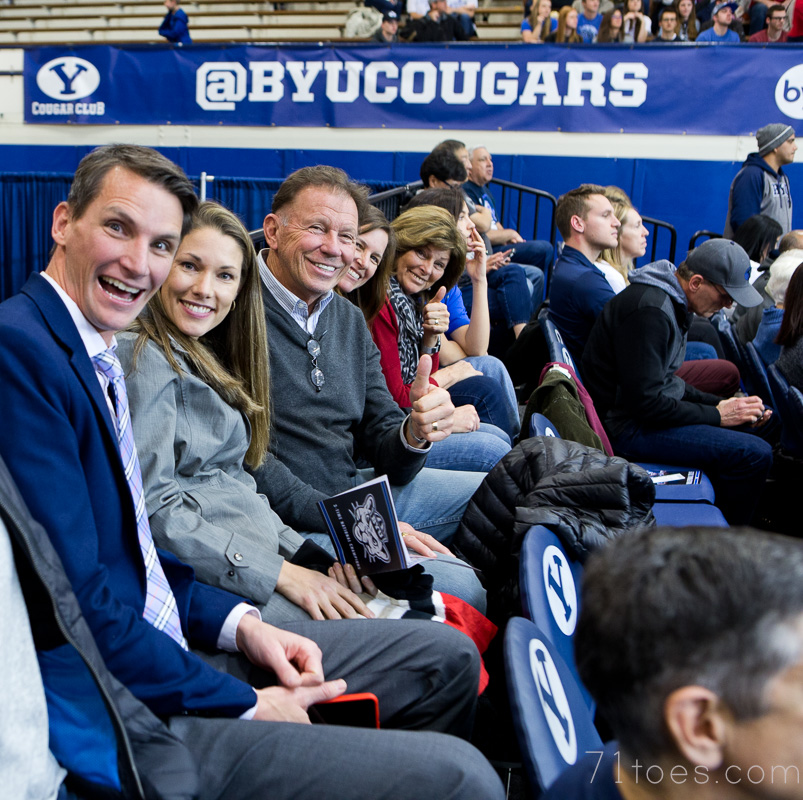 So fun to share the whole experience with them and this great crowd: 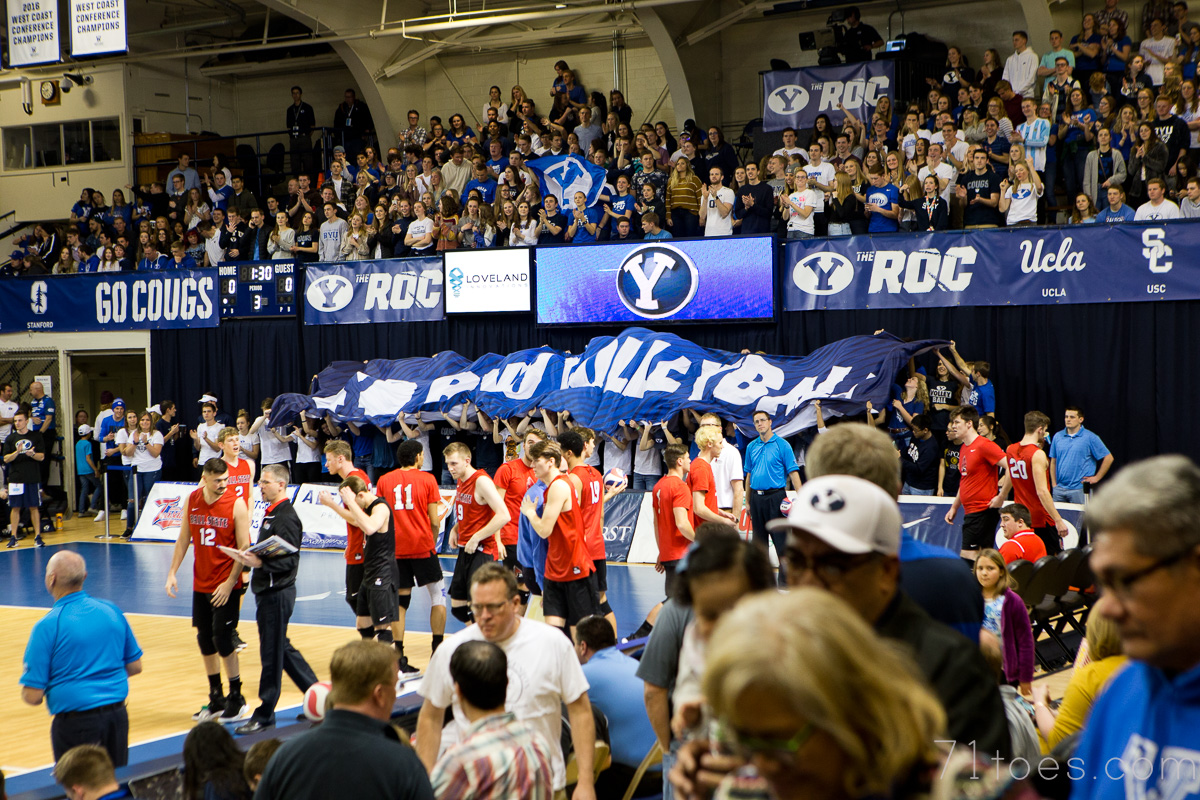 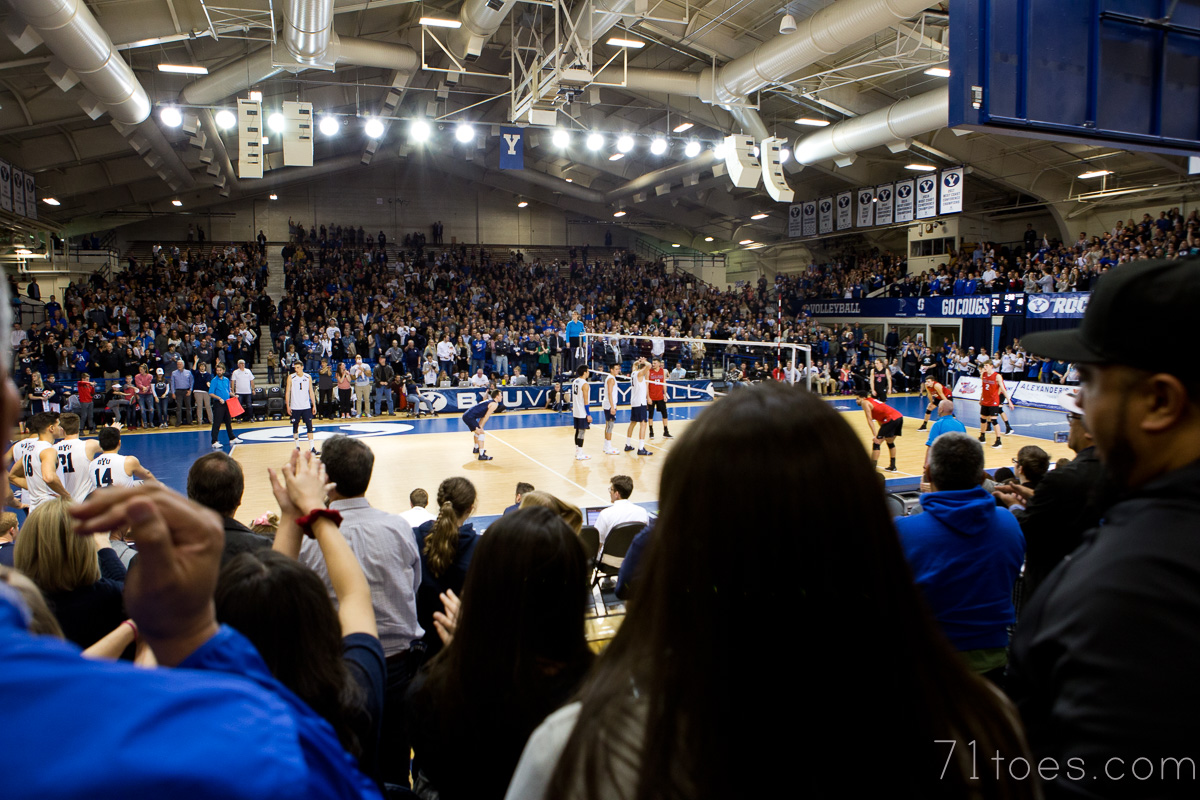 Another win in three: 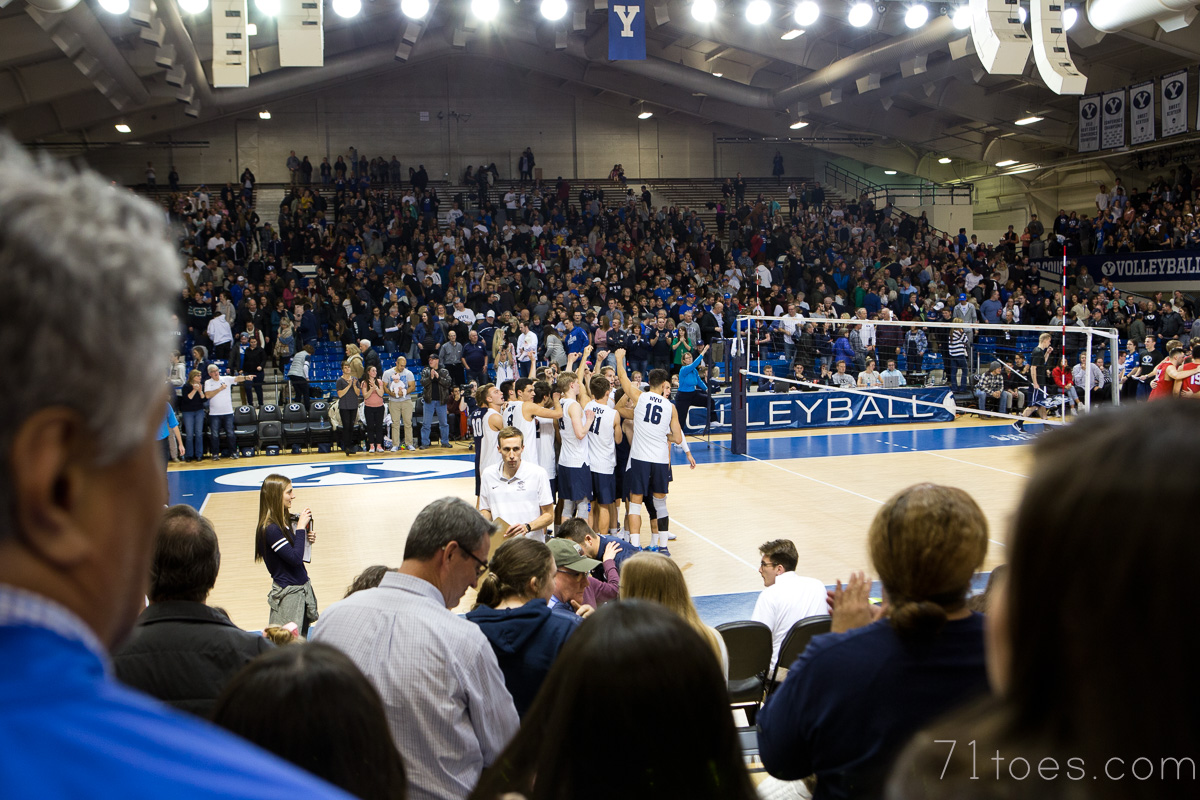 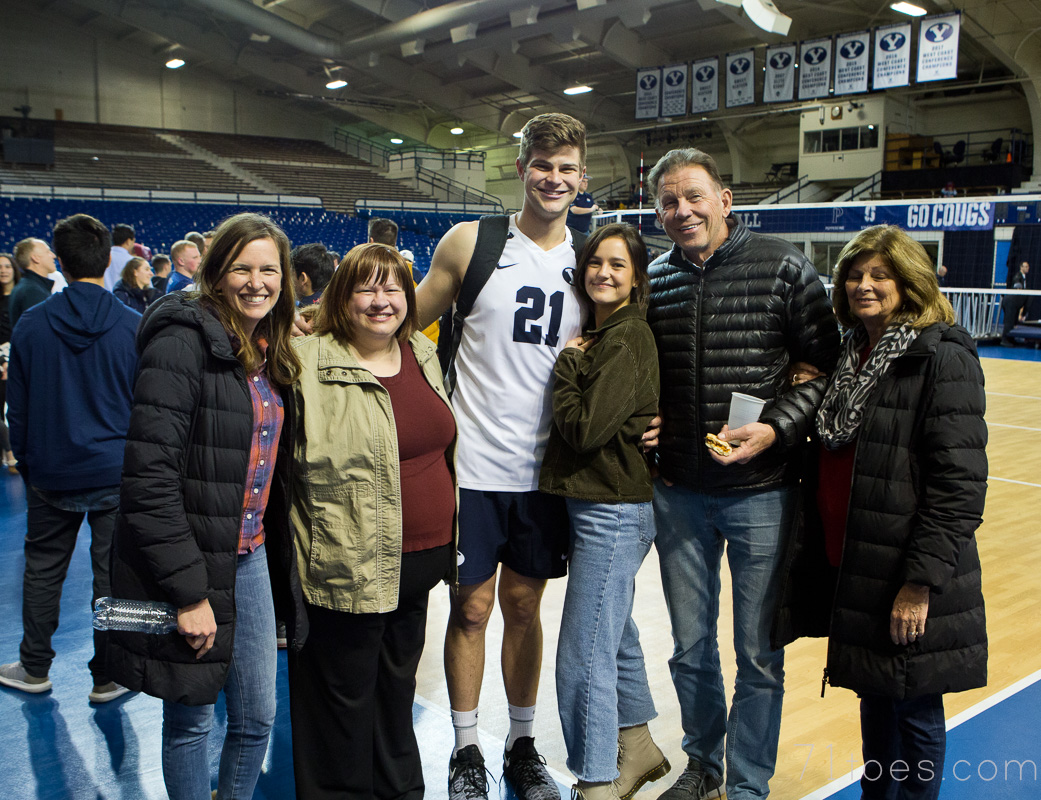 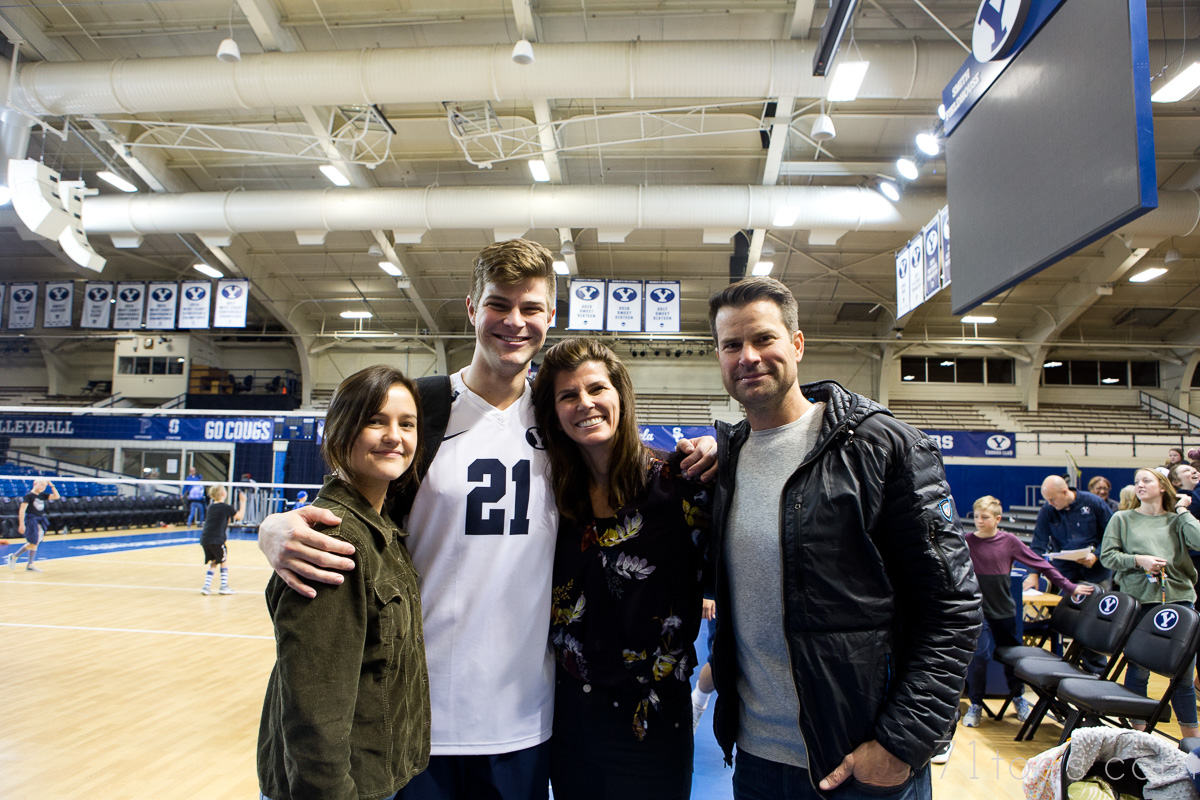 Good times right there, and many more to come.

So grateful for that great opportunity for growth for that boy of ours among those incredible players and coaching staff.

releasing paper boats off to sea — the wedding

Um, he listed Abby as his biggest idol, how sweet!

So exciting. So wonderful he had so many family fans cheering him on. I hope he knows how blessed he is to have so many supportive family around. Stating his idol is Abby is super sweet. That page is a keeper for sure they’ll enjoy as they age together. Their kids will get a kick out of that as well (Yikes…their babies!). Kuddos to you and your husband, you’ve raised a sweet young man.

Loved that spotlight! 12 kids! Favorite show is about attorneys – maybe that will be his major? Great job Max!

I didn't know you could attend BYU if you're not a member of the LDS church!

Very cool! Have you heard of Casey Patterson? He played Men's volleyball at BYU and then was in the last Olympics on the American team for the Beach Volleyball event. He's my brother's best friend, and an all-round awesome athlete. One to watch if you guys like volleyball!

What is red shirting?

SO exciting! I loved that selfie shot of you and Dave slouching watching practice. What an especially neat experience to be on the team with other nationalities and faiths.