adventure along the River Nile

July 11, 2019
There were lots of crazy parts of this trip. Trying to teach a whole slew of attentive students on the fly, all seated with wide, waiting eyes under a metal make-shift covering in the middle of Uganda, endless driving over dirt roads filled with gigantic potholes in our van, a frog appearing in the girls shower one night, sending them squealing until a brave big sister returned it safely to the great outdoors.  Oh and my favorite: when a bat suddenly appeared in the girls’ tent swooping and bumping around trying to get out again, all of us wide-eyed trying to keep our freak-out on the down-low so Lucy wouldn’t have a conniption fit.  We told her it was just a bird and pulled off an awesome act of coolness despite trying to balance having our pants scared off and trying not to laugh.  We lived out of our small duffle bags for a long time and slept in so many different places.

Two days into our journey my girls started to laugh whenever I said, “this is going to be an adventure!” with my eyes wide, because I guess I had already started saying it a lot!

One of the many adventures began when we split up our first long road trip with a stop to do some white-water rafting down the Nile River with our guide named Robert. 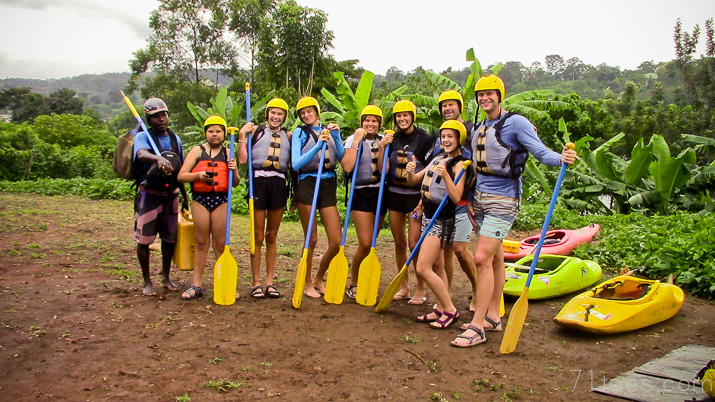 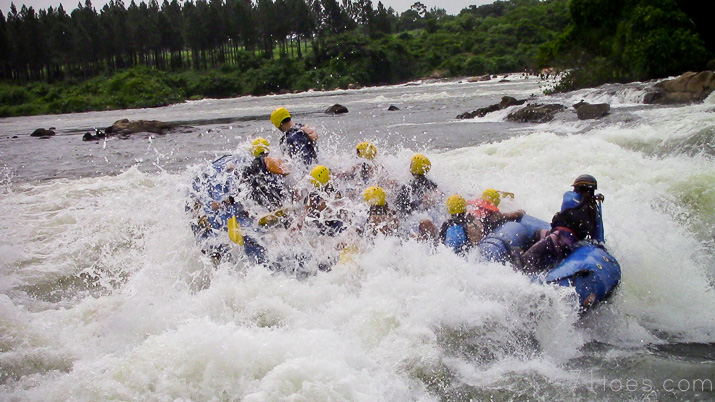 Did you know the River Nile flows North to Egypt and originates in Uganda (from the rivers that flow into Lake Victoria)?  It passes through over 4,000 miles through nine countries before it reaches the Mediterranean.

Just a little trivia for you for the day.

Robert sure was an expert over those rapids and taught us to row our hearts out to maneuver through the rapids:
…and also how to cheer when we made it through them.

We braved eleven rapids ranging from class 2 to class 5 and it was thrilling.  We thought we were working hard but I love watching the videos because you can tell Robert is doing most of the work back there 😉 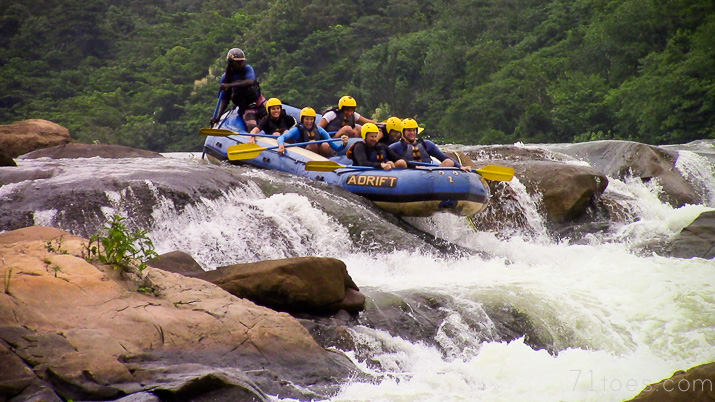 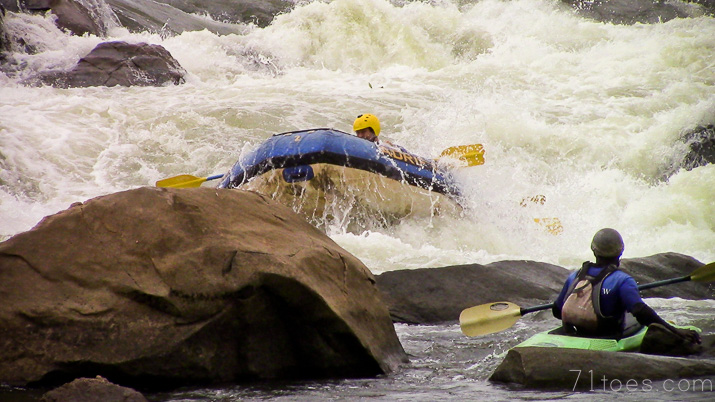 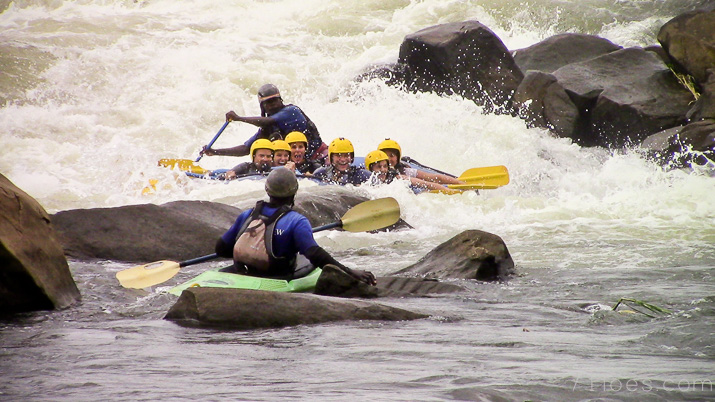 I was so glad he knew the rapids where Lucy should take the “safety boat” for the more easy routes.  Here she is just hanging with the other guide: 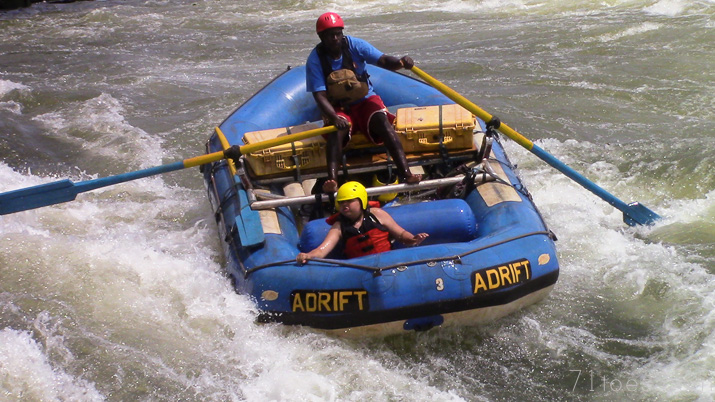 And whoops!  Doesn’t look quite so “safe” from this angle! 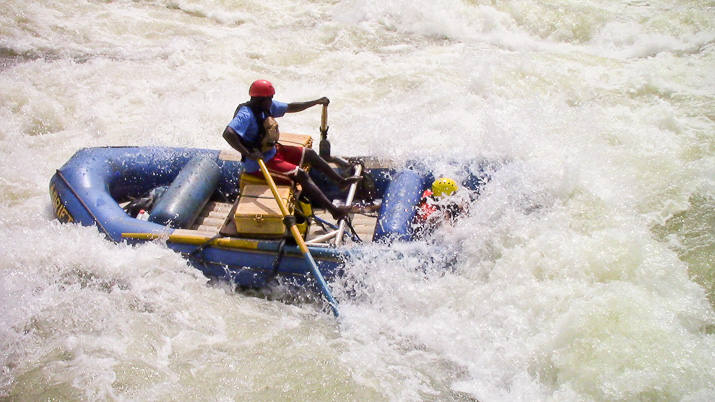 But she sure didn’t seem to mind.

I loved watching her delight every time we were in a slow spot where we could jump off and swim/float. 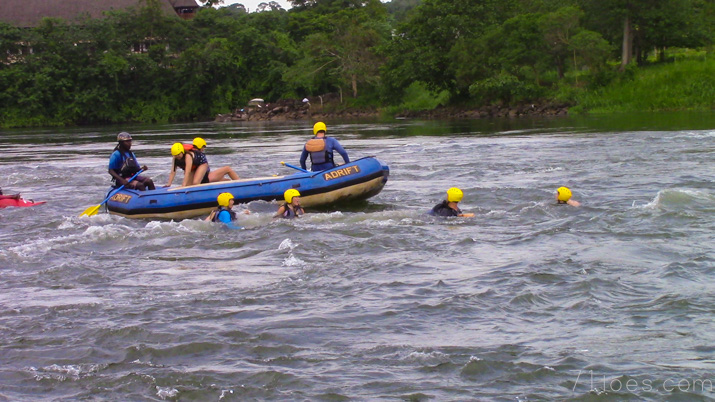 Here are some other shots they got of the rapids… 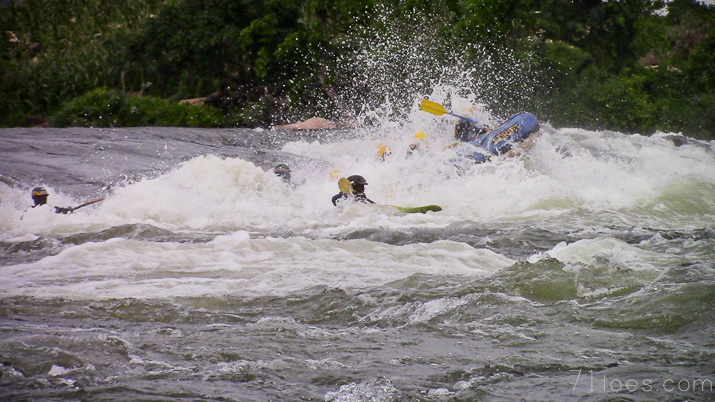 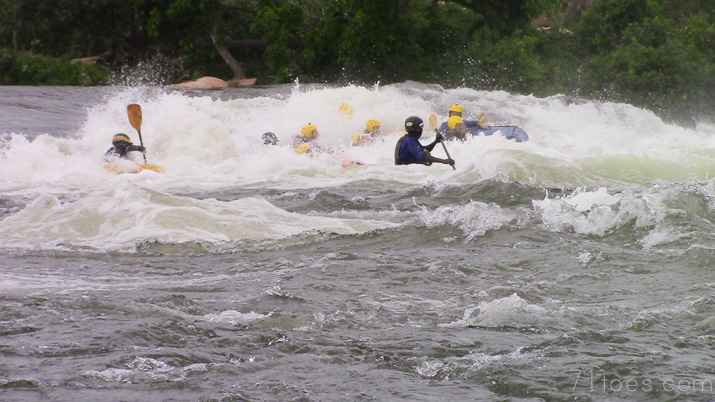 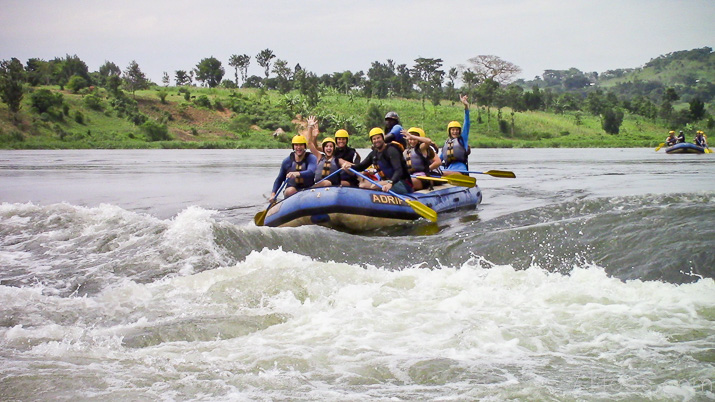 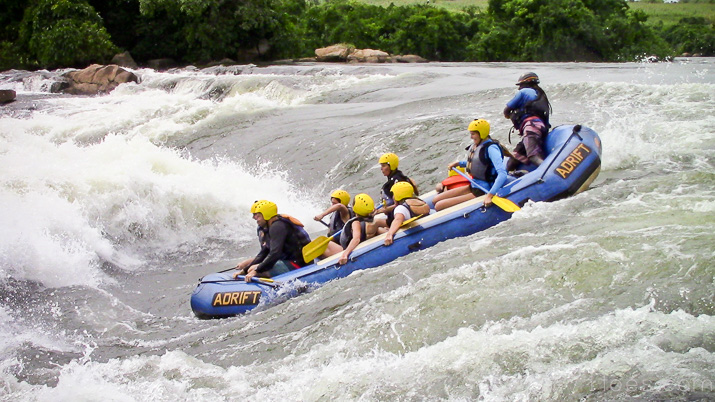 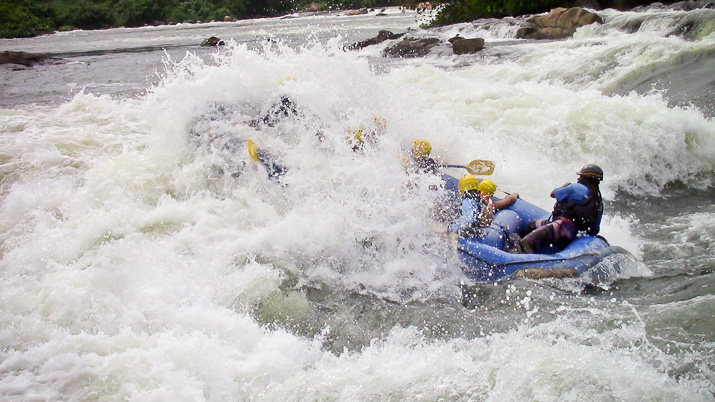 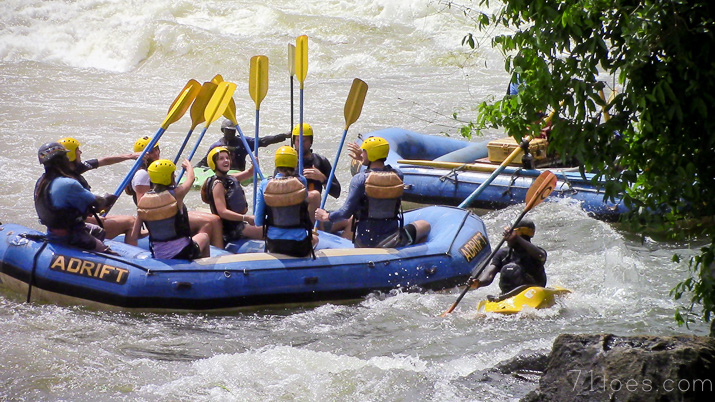 We had lunch on a little island swarming with thousands of “fruit bats” …which sounds horrifying but it was actually quite fascinating.
br /> 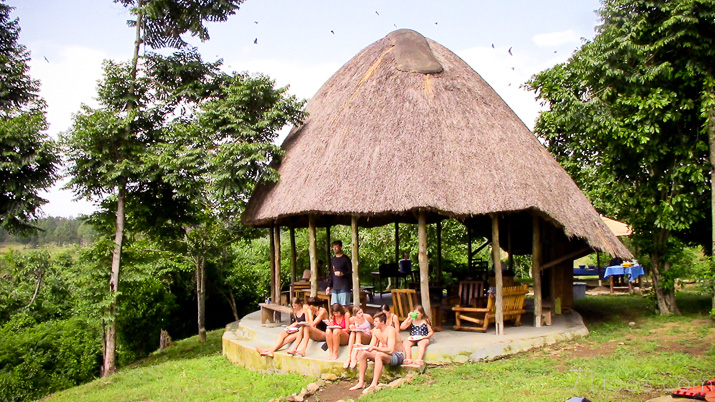 We thanked Robert for keeping us alive… 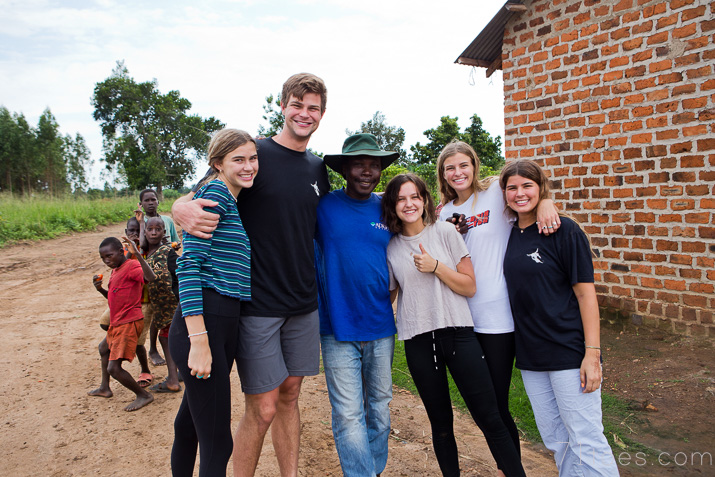 …made new friends with these kids who let us use one of their homes to change into dry clothes: 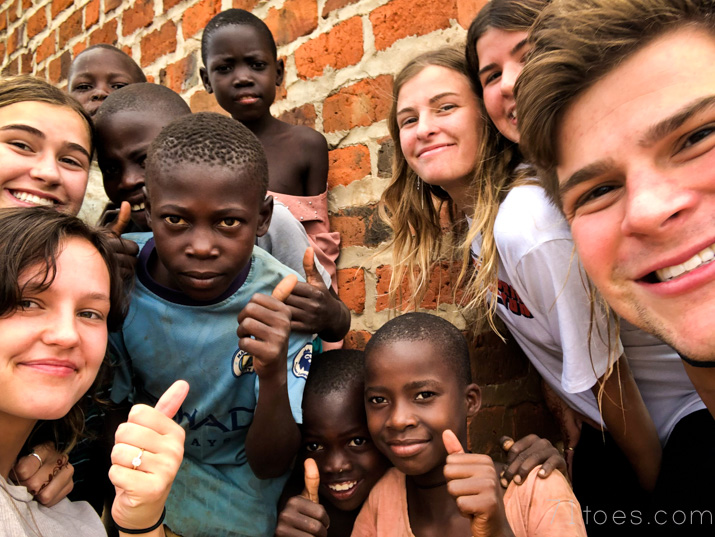 …while Lucy made friend with a wandering goat, and then we were off to Mbale where our job-site was waiting.
1 comment
0
FacebookTwitterPinterestEmail

Africa: shifting up our Boggle game

the beauty of clean water, tribal names and...

Africa: shifting up our Boggle game

Just curious, who took the pix & videos of you when you were rafting?