July 29, 2019
I’m so grateful for friends, old and new, who lift you, build you, and inspire you.  Those who’s threads of gold weave into your own life tapestry and make it so much more beautiful.
I mentioned in a post a while ago how much I love this quote from C.S. Lewis:
“In Friendship…we think we have chosen our peer. In reality a few years’ difference in the dates of our births, a few more miles between certain houses, the choice of one university instead of another…the accident of a topic being raised or not raised at a first meeting—any of these chances might have kept us apart. But, for a Christian, there are, strictly speaking, no chances.
A secret Master of Ceremonies has been at work. Christ, who said to the disciples, ‘Ye have not chosen me, but I have chosen you,’ can truly say to every group of Christian friends ‘You have not chosen one another, but I have chosen you for one another.’ The Friendship is not a reward for our discriminating and good taste in finding one another out. It is the instrument by which God reveals to each the beauties of others.”
When we were looking for a place for our then junior-in-high-school daughter (Elle) to expand her horizons with a summer internship, this blog to connected us with all kinds of wonderful people across the globe, and quite a slew of them invited her to join them for the summer.  (How kind is that??)  The family that Elle eventually joined in London became mentors for her, and she had a phenomenal experience as they took her under their wings (all about that back HERE).
I don’t believe that it is by chance that since then that family has met and inspired almost every other person in my family…beginning with mentoring Elle and leading on to things like extending travel tips to Jerusalem for my sister Saydi, befriending my other sister Charity when she moved to London, and even throwing her a baby shower.  We’ve seen them a few times since that summer all those years ago and have loved keeping up on all their travels.  This last spring they happened to be in the desert and we got to meet up and reconnect once again: 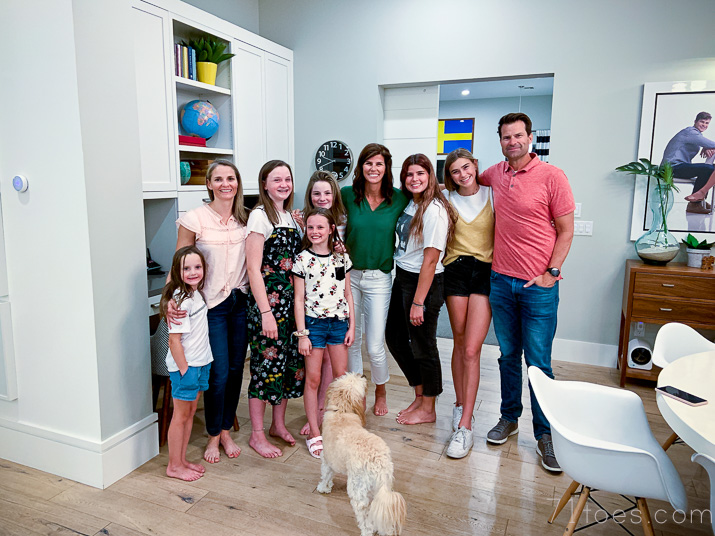 It was so good to see how all those girls have grown and to FaceTime with Elle over in Hawaii, buoyed up by many of the things that family had seeped into her heart over the years.

There was another family in England who also took Elle under their wing…as recommended by one of our family’s best friends.  Teenage girls who helped Elle feel so much better so far from home.  We’ve also stayed in touch with them through the years and two of them were in Utah this summer and got to go to lunch with Elle who is living there: 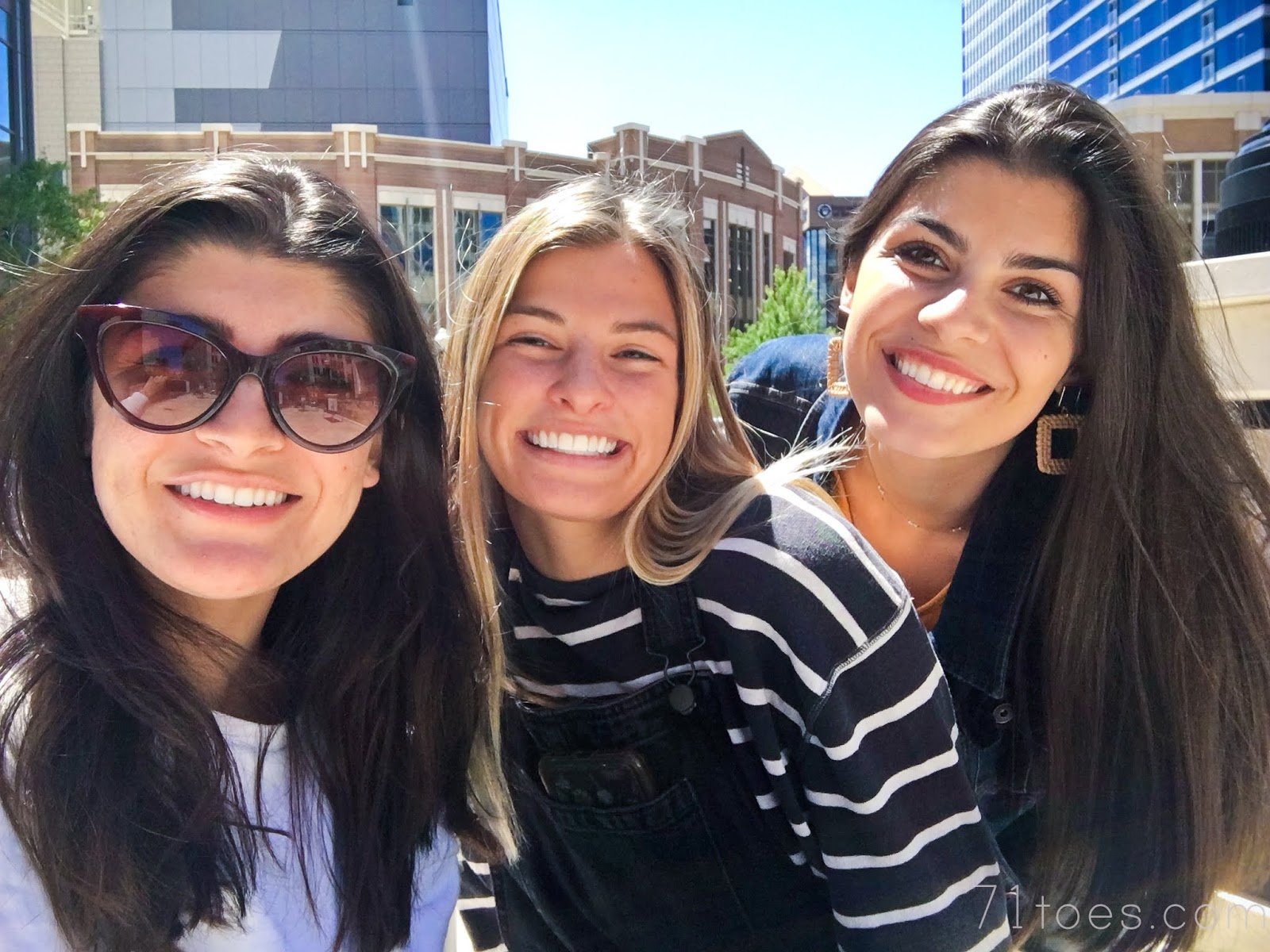 And then as luck would have it, they came here to the desert a couple times for some photography things the oldest is doing.  I love how circles of friendship just keep going.

Also, in the spring I went to my nephew’s baptism.  We settled into our little bench to listen to the talks and after the opening prayer I heard “Shawni???” whispered from behind me.

Turned out that one of my mission companions from Romania almost twenty-five years ago was sitting there, both of our jaws on the ground.  She was there to support another little boy she teaches.  What are the chances she and I would be in the same chapel at the same time sitting one row apart?  She’s one I had totally lost touch with and it was SO great to reconnect.

Growing up at Bear Lake each summer we attended church in Dingle, Idaho (still do).  As a shy young teenager I was so glad there was a girl my age in that congregation who eventually became one of my best friends.  She would come sleep over at our cabin, we would pray for good waterskiing weather (ha!) and make my parents breakfast in bed.  Her family taught me to ride a horse and oh the memories we share!  We have kept tabs on each other through the years since we always go to Dingle for church and her parents still live there. But this last Sunday, sitting in the Dingle church building I was shocked to see that childhood friend of mine sitting on the stand ready to give a talk.  She and her family had just moved back to Dingle: 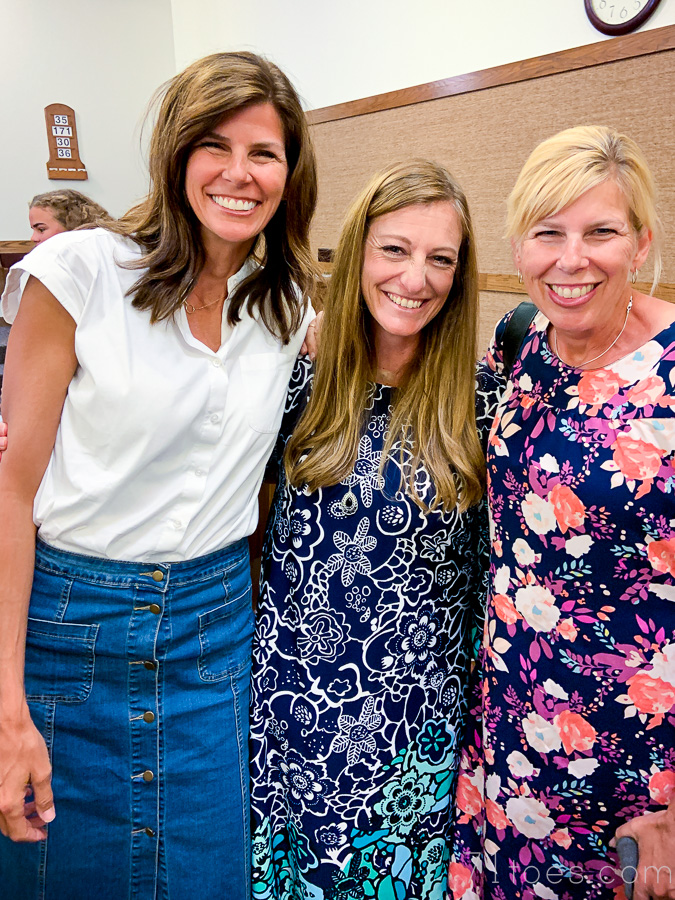 Oh the catching up we had to do!  Oh the stories we reminisced about!  (We had her family come join us at the lake a couple days later so we could catch up…loved that we now have kids the ages we were way back then, and that they could get to know each other a little).  I’m so grateful for her and how she shaped so much of my growing up.

Also at Bear Lake I got to have another childhood friend join us.  This one is more like a sister than a friend…she spent countless hours with us up at the lake as well, but she also had my back all through school back at home.  How lucky I am to count her as one of my best and most dear friends. 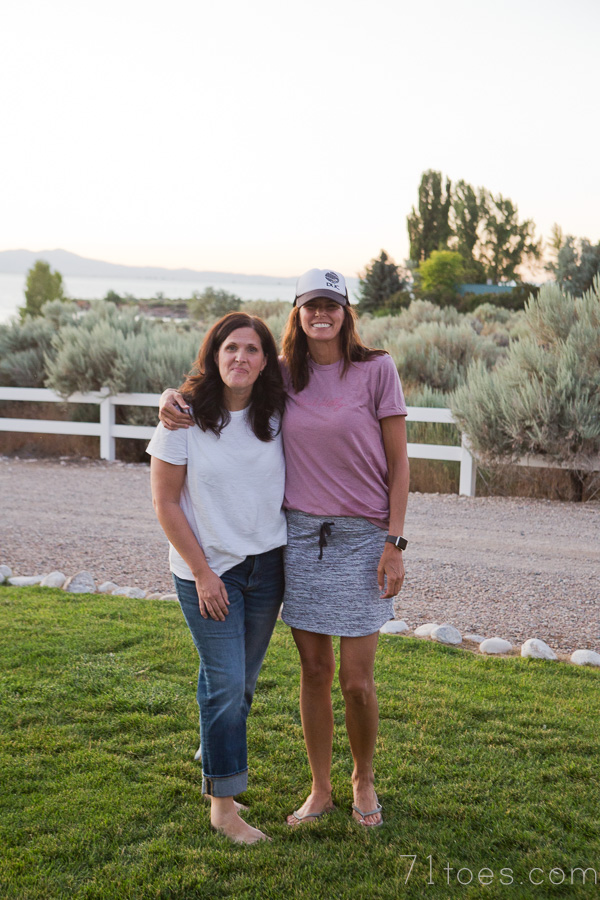 I don’t believe all these people were put in my path by chance.

I’m with C.S. Lewis: there is a “secret Master of Ceremonies” at work.

thoughts on a Tuesday and my parents 50th anniversary

a birthday report, and some girls at a...

some beauty and a wedding

the last days of school and graduation prep

Hello! and goodbye to Elle, for a little...

the Bubble Run and new BBS friends for...

Hi Shawni, I love that you saw AB. She's so wonderful and so are you. Good friends are golden indeed. Leaving Romania tomorrow after a month there with my family. Living in Seattle now. It was good to go to church and see everyone and reminisce about the past. I even went to Cișmigiu today. Have a wonderful day. Lovely post. Pup! Fosta Madalina Icleanu

Oh Maddy! How I would love to reconnect with you! So glad to see you're doing so well!
xoxo

I just checked out your blog linked through your name and I loved the post about the Romanian mission reunion. Makes me even more sad I couldn't make it there! I wonder if they'll ever do anything like that again?! I miss all those good people!

Also, I know it's outdated, but looks like you have such a sweet family 😉 Would sure love to meet up some day!