August 7, 2019
Dave and I got to meet up with Max and Abby this last weekend before they made the rest of their route back up to Provo. 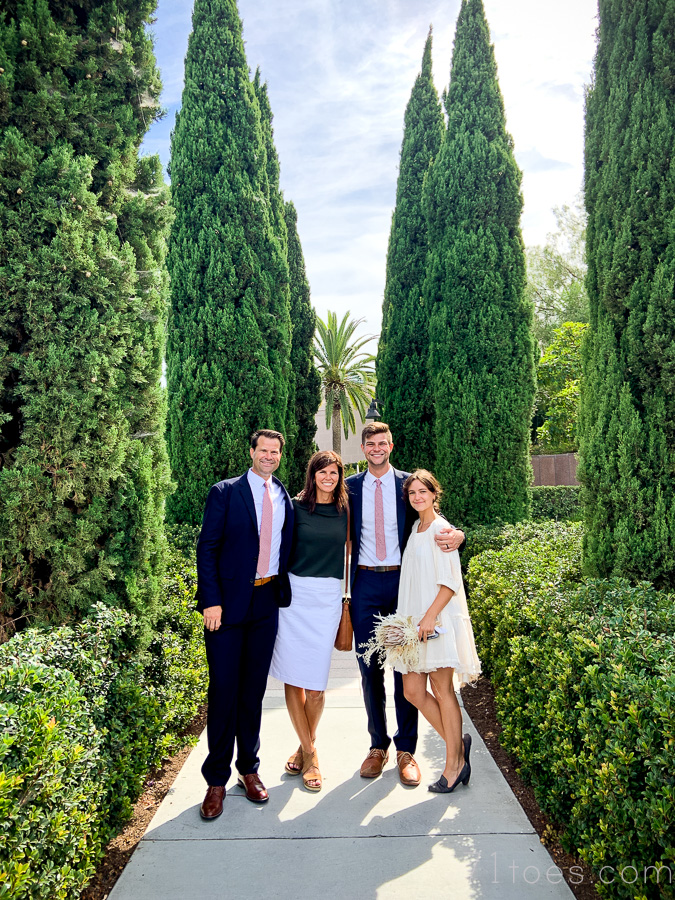 We met up to attend a wedding. 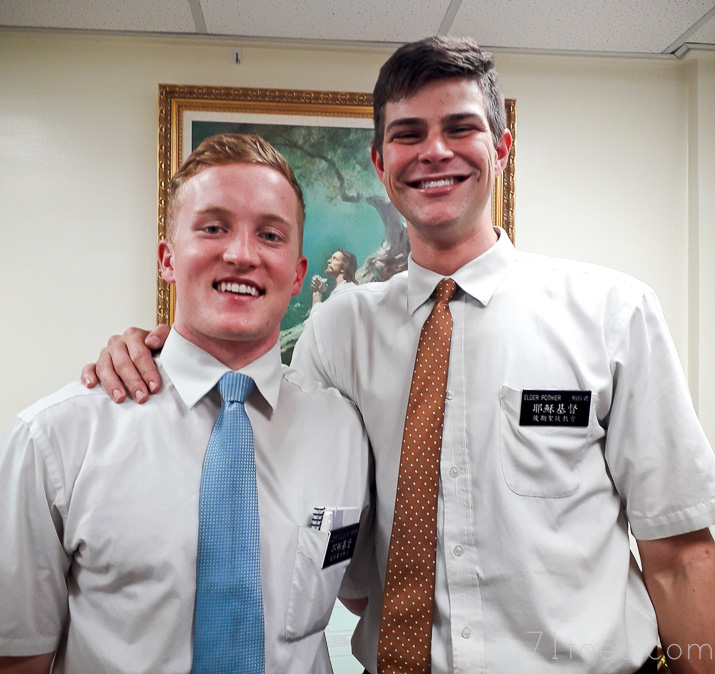 He was the companion on the line with us when we talked to Max when we were in Ecuador (back HERE): 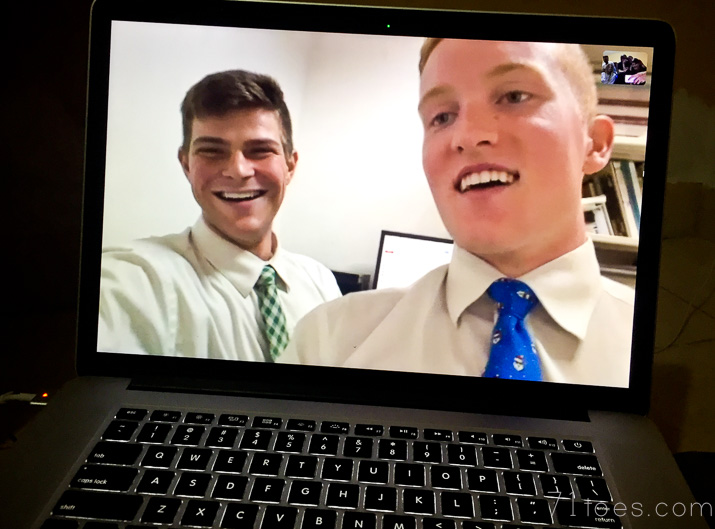 We were happy we got to meet him in person when we went back with Max to Taiwan: 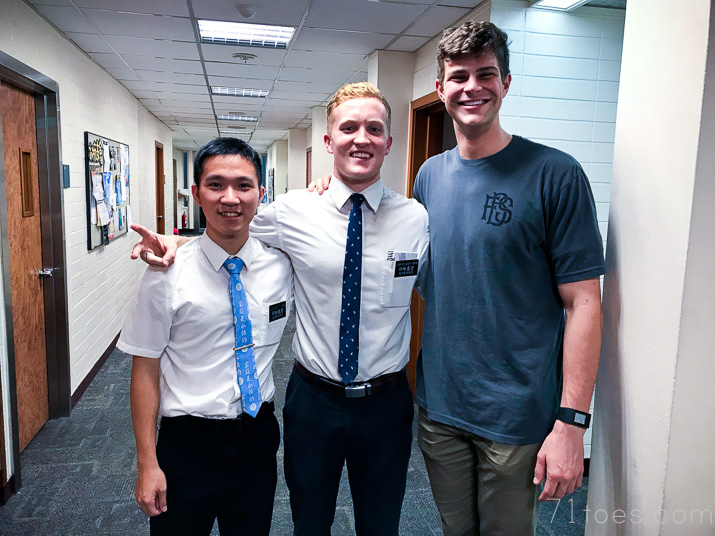 Why the big introduction?

Well, these guys were both at college together post-mission and this kid told Max a few times about a crush he had on this great girl in one of his classes.  He didn’t know her name, but he talked about her a few times before he actually met her and realized she had the same last name as Max:

Dave’s cousin’s daughter who we adore.

How is that for a small world?  Max didn’t even have to do any introducing:)  Those two fell in love and decided to get married.  We were so excited we got to go help celebrate!

Abby has become great friends with Zoe through the dating phase and it was so fun that she got to be a bridesmaid: 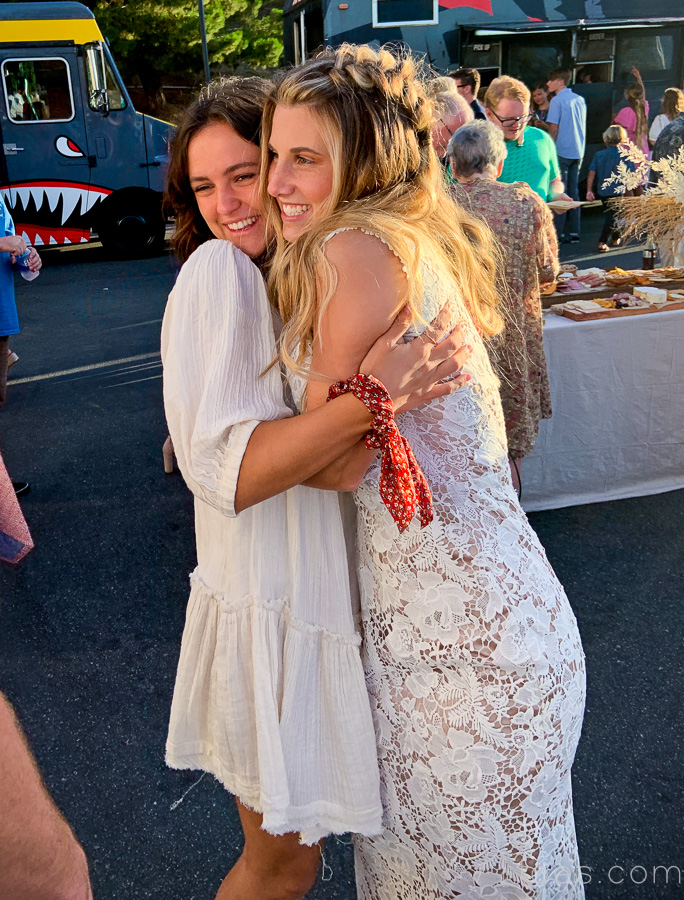 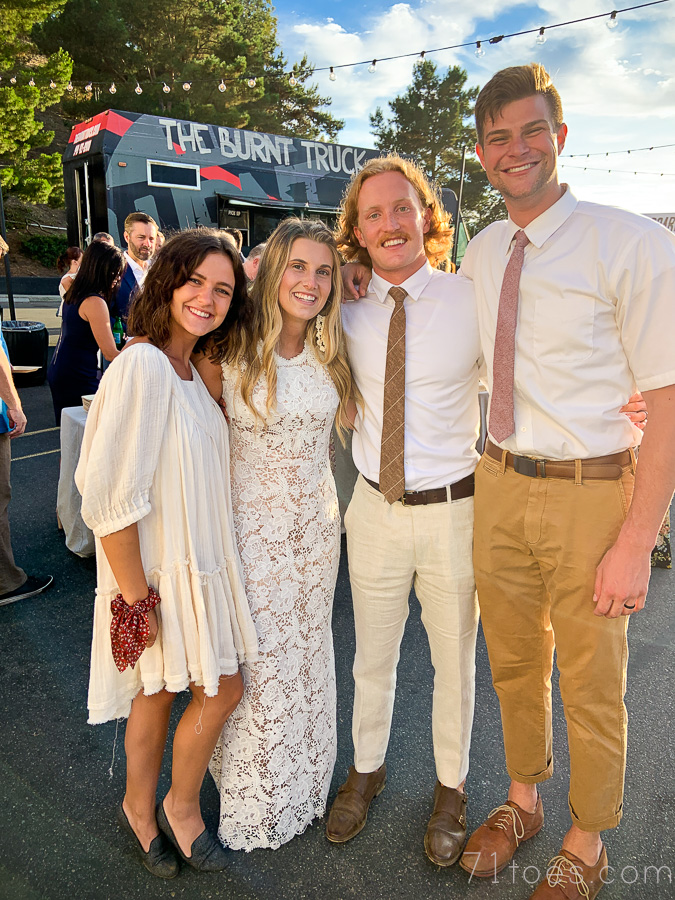 (Yep, Avery has a little longer hair than he had as a missionary…ha!)

Ok, but we skipped to the reception up there… let’s back up to the temple for a minute: 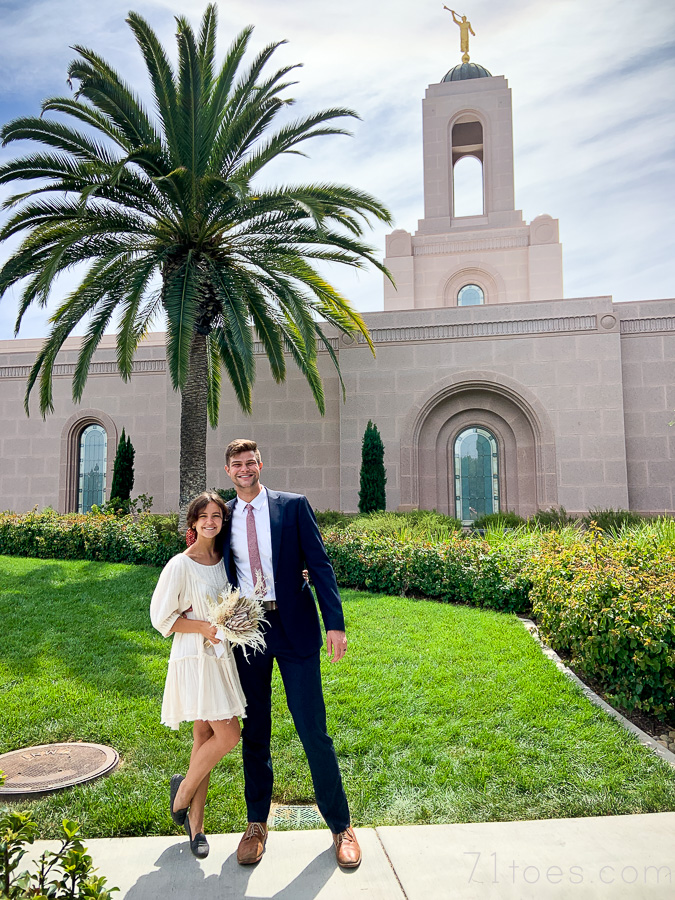 …where Dave and I got to reunite with college friends: 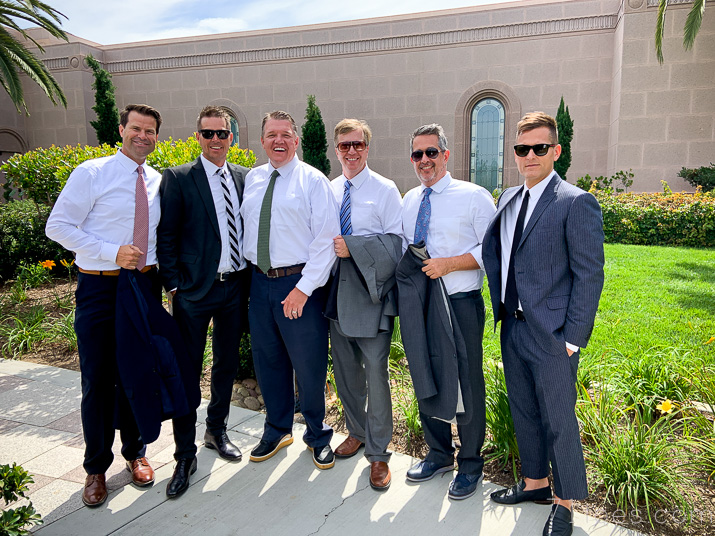 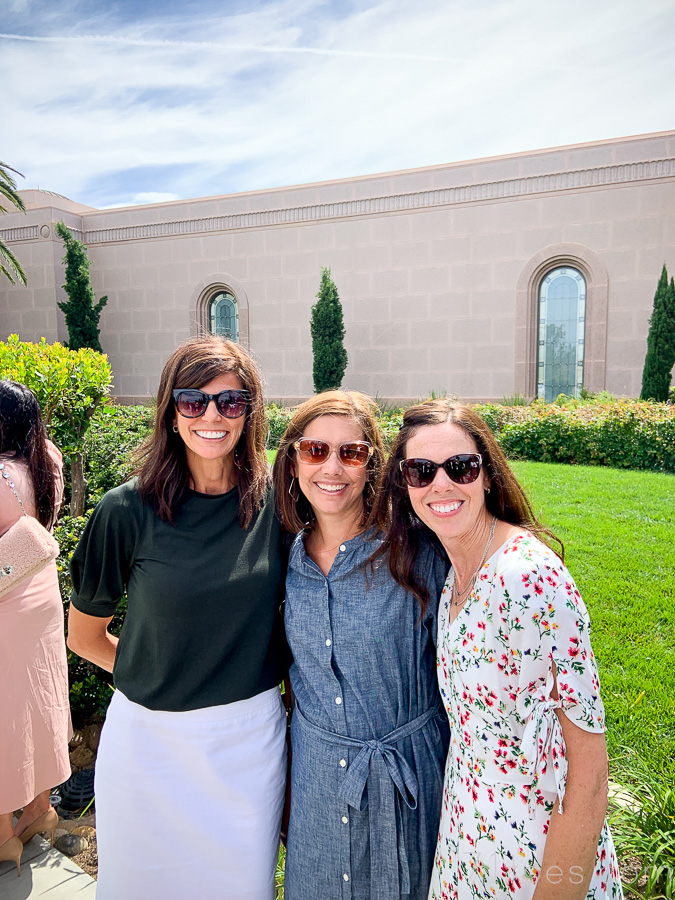 And gawk at the gorgeous dried flowers they used: 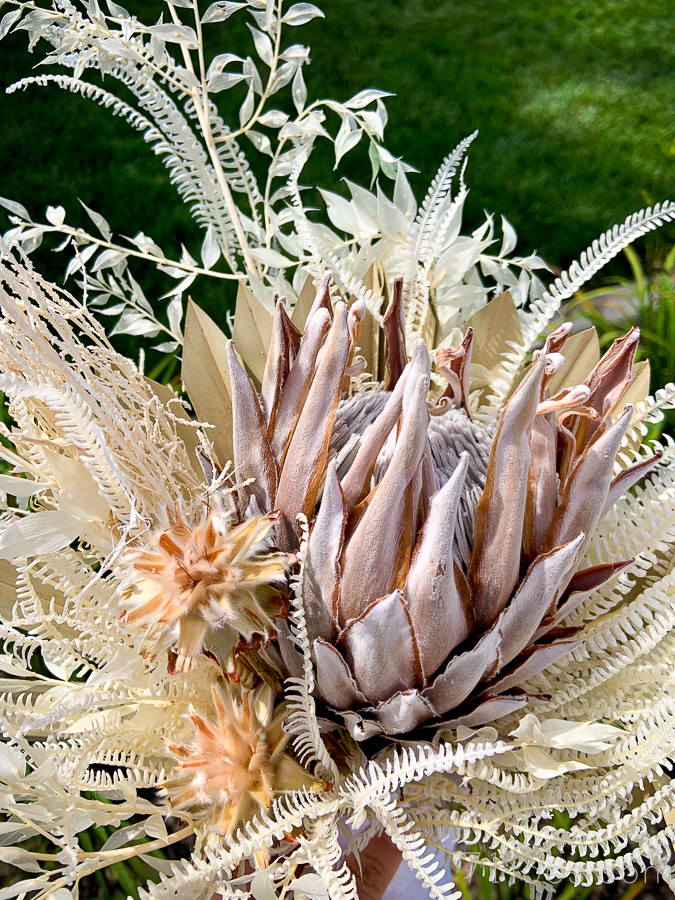 (My cousin Samantha, who is married to Dave’s cousin but I still call her my cousin, is a designer and she has such creative and beautiful ideas.  She came to help with our house a little when we were designing it.)

Here’s how the wedding party looked: 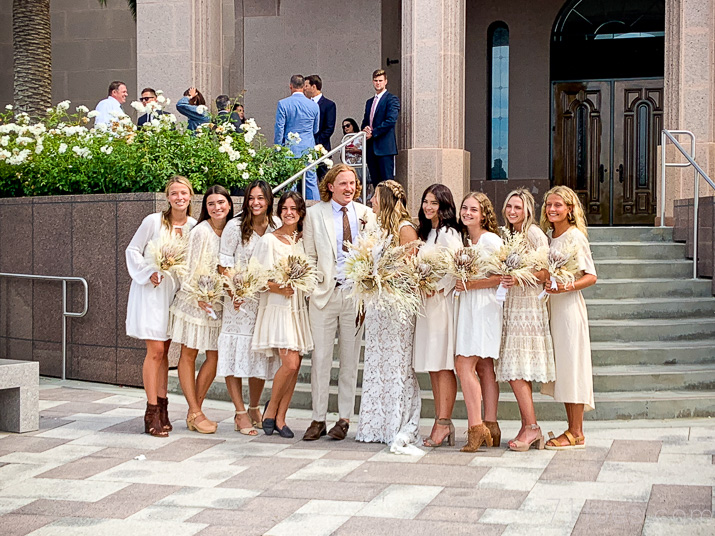 I love those neutrals all mixed together, aren’t they beautiful?

Oh and that cute kid at the top of the stairs in that above picture is pretty great too:) 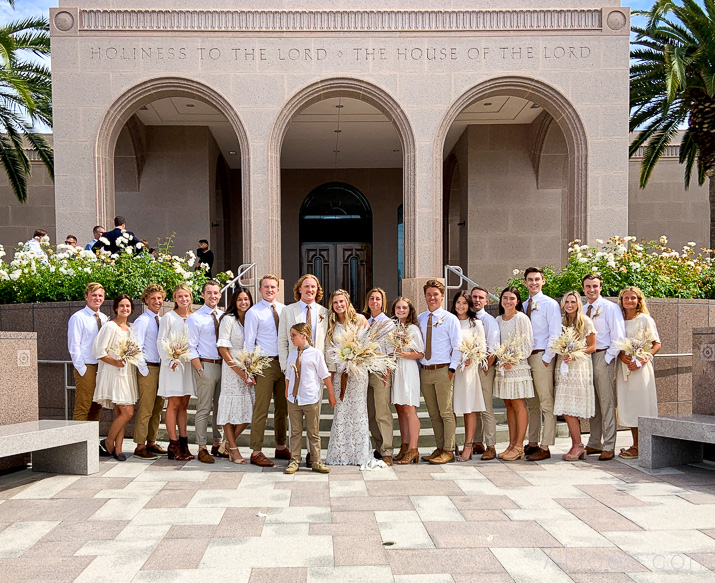 We caught a late lunch with these good friends we love: 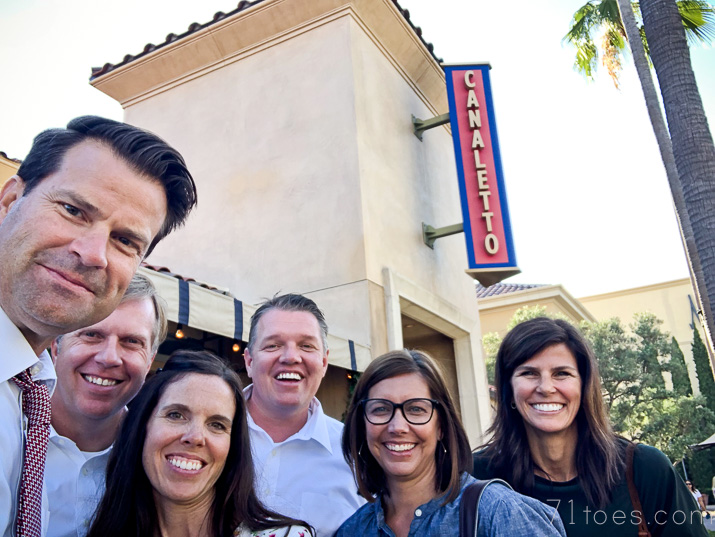 …and headed off to the post-wedding celebration. 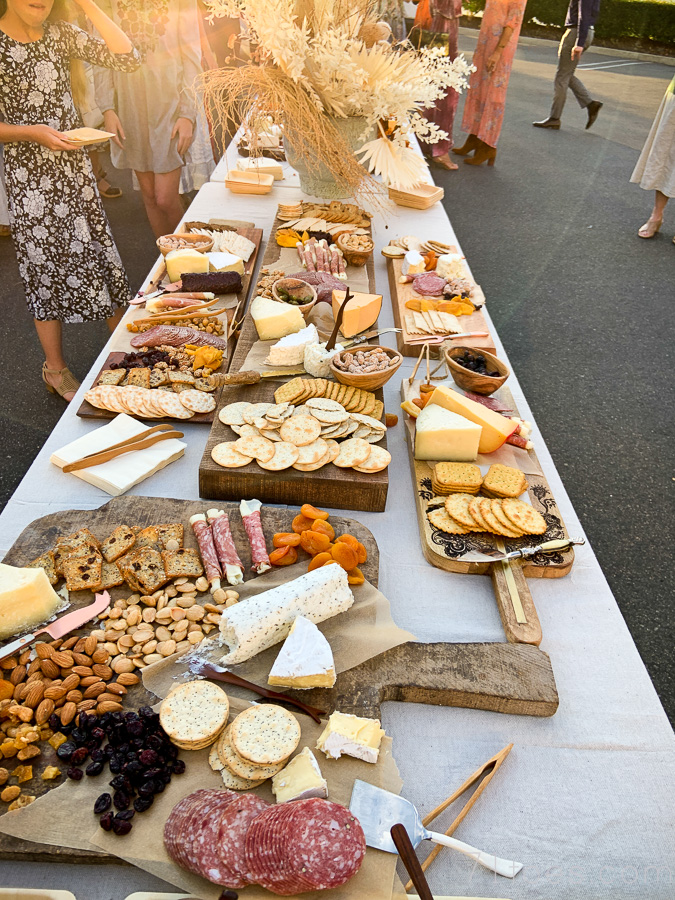 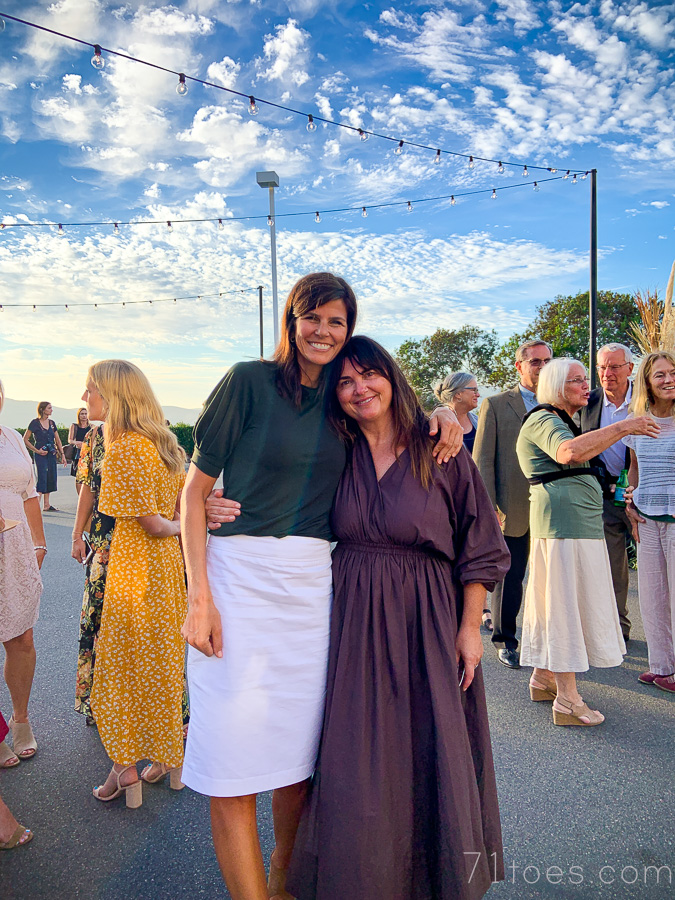 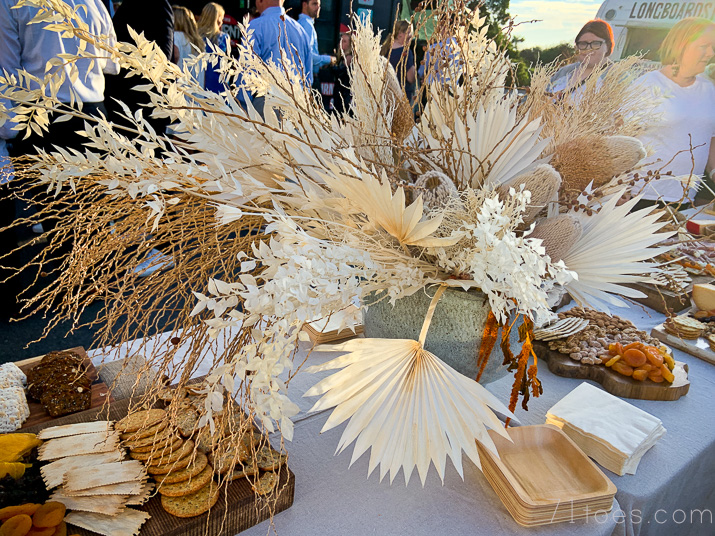 As long as we’re going into small world, we randomly met these people who happen to be the brother and sister in law of one of my dearest friends here in the desert: 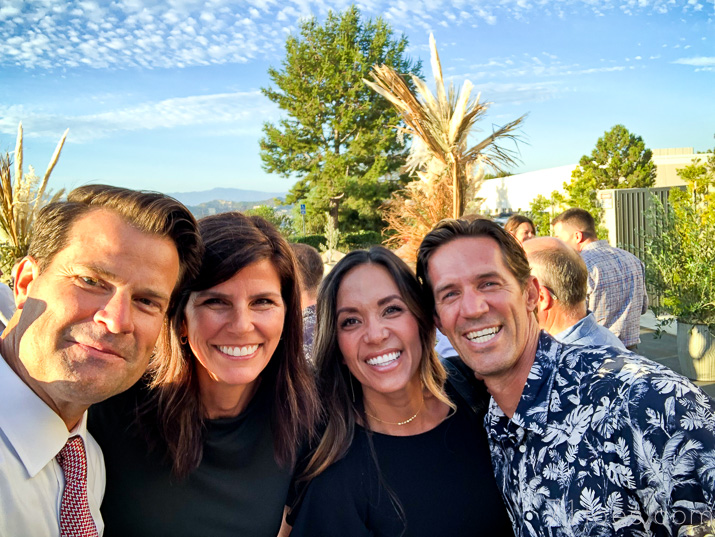 And we got to reunite with our dear friends we met in China who we love so much: 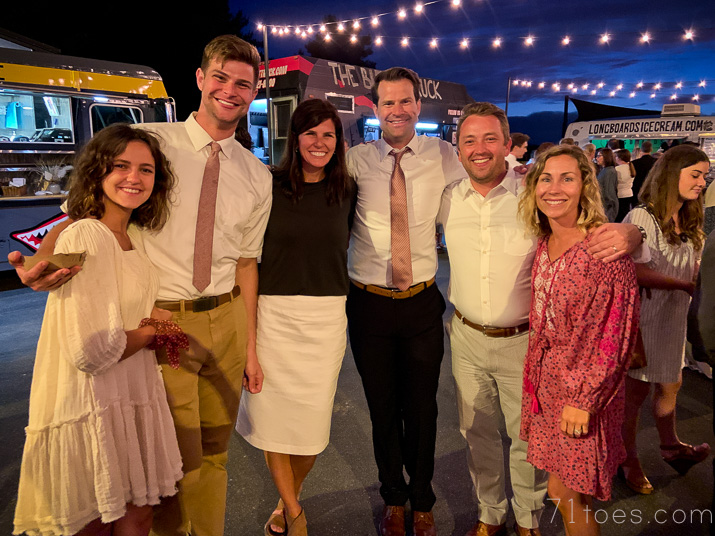 They were one of the reasons we were able to get through that semester abroad…along with Taylor Swift.  HA!

There were so many other little random connections too, and the ambiance wasn’t so bad:) 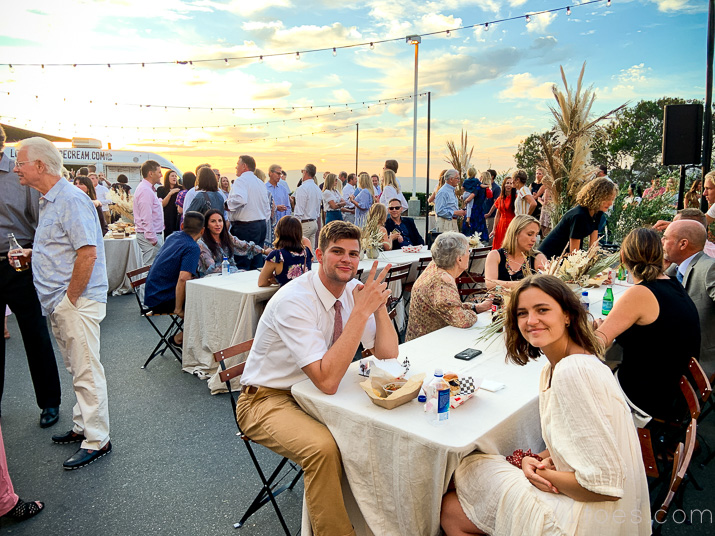 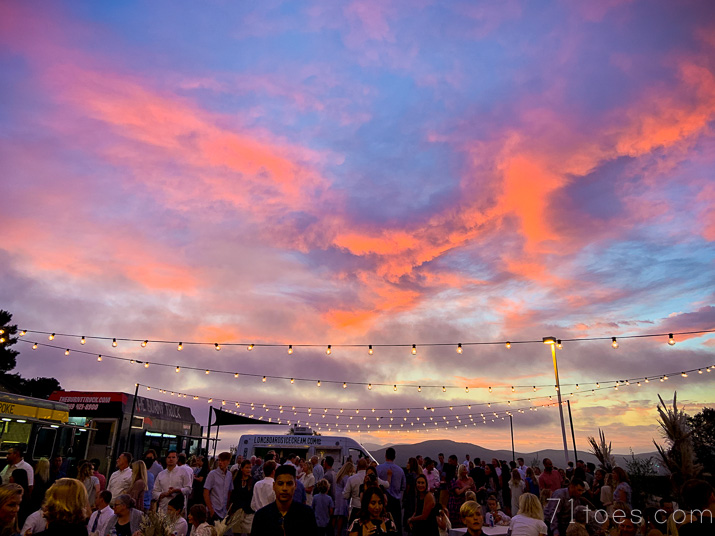 After the sun set there was dancing… 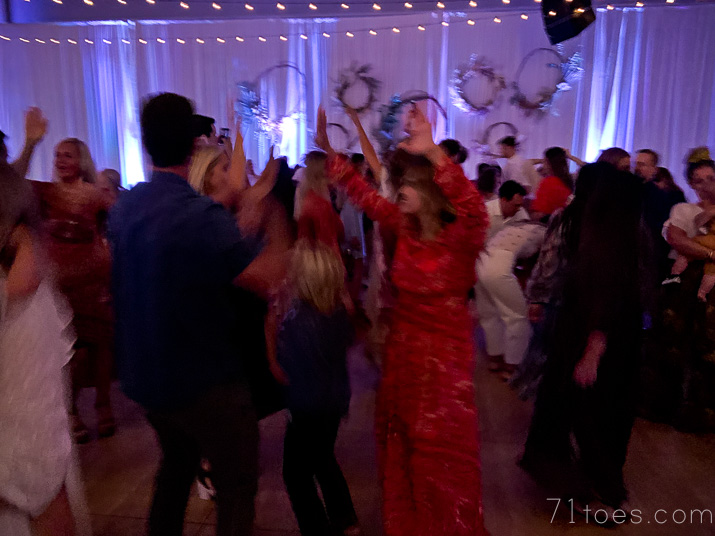 …with some music performed by Kaskade (one of Dave’s college friends as well on the right below): 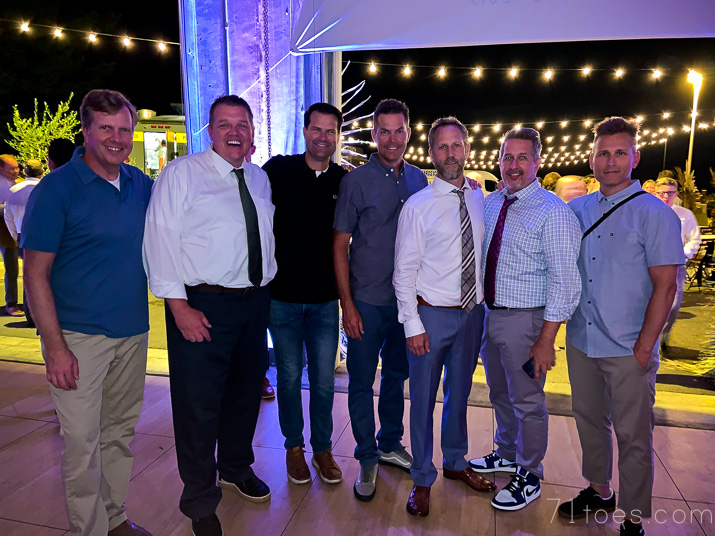 (And Dave’s cousin Chris finally made a picture up there third from the right…he was busy being the father-of-the-bride in the other pics.)

Anyway, it was a great opportunity to celebrate such a great couple and get to be with such good people all the way around. 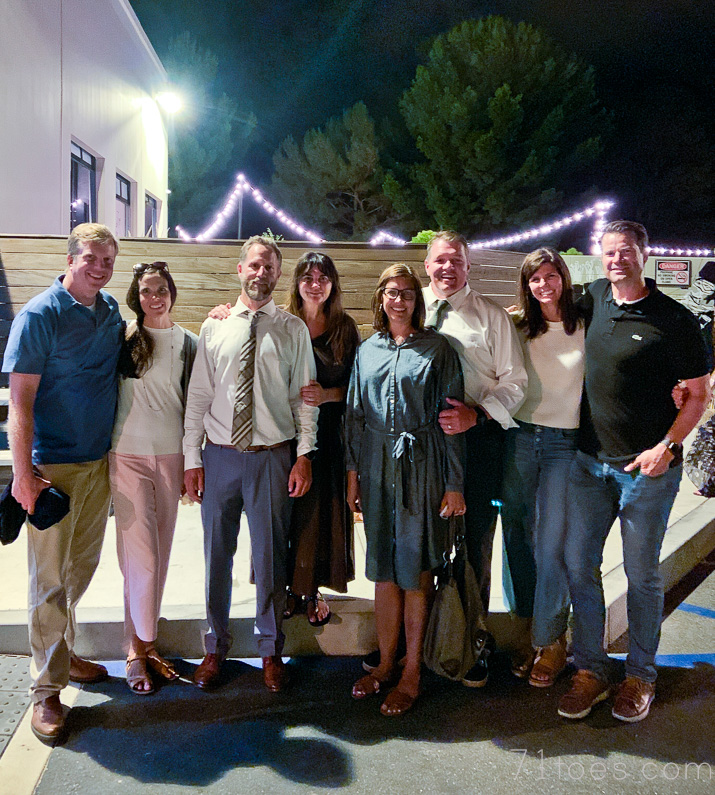 the miracle of marriage and family trajectories

a birthday report, and some girls at a...

That's so funny. I'm working at an event that Kaskade will be at in October (San Bernardino, Ca). At a big ol rave. I work a lot of raves (including this past weekend…32 hours in two days, ugh). The people there are interesting. lol.

Footwear in this post cracks me up!!! While Abby and Claire can share clothes (so cute for the first day of school!) I guess they're not the same shoe size. Do men not wear socks with dress shoes anymore? all pants hitched up carefully to show just a little bit of bare ankle. Ah, fashion! I'm getting old!

I would love a post with more details about weddings in the LDS faith! From the posts you've shared, it seems there is usually a temple ceremony with a break before the reception that occurs later in the evening. This is different from the area in which I live and I'd love to know the tradition/meaning behind it.

I was also hoping you could share about dating and relationships as part of your faith. I haven't seen you talk much about dating on your blog, but as Max was recently married and it seems Elle is seeing someone, I was wondering what dating/courtship looks like in your family/faith.

Good questions! I think weddings are different depending on who is involved, where you live, etc. I know that in many other countries people from our faith have a civil wedding and then marry (get sealed) in the temple. I think in the US a separate civil ceremony is not required. I think most people in our area opt for the temple wedding and then a big party that night to celebrate, but you can really do it in whichever way works best for your family. I know some people have a big party the night before so they can more fully concentrate on the temple wedding. Often people have a ring ceremony outside the temple. Check out how my brother and his wife did it here: https://www.71toes.com/2009/09/nyc-part-3the-wedding.html (I loved that 😉

Lots more to say, I'll try to link to some dating posts or do a new one soon!