January 9, 2018
We are back in the land where you can throw toilet paper down any old toilet.  Ha!  That is a blessing I hadn’t really thought much about until spending two weeks in Ecuador.  There is nothing like a great adventure to help you appreciate the little things at home that much more.  I felt kind of victorious leaving that place with five of us girls who had obeyed that rule for so long!
We have done mountains of laundry, have been gleefully reunited with Miss Bo Jangles, have taken down Christmas, filled up the fridge and even snuck in The Greatest Showman last night (that was a good show).
The girls are tucked into school and came home oozing enthusiastic stories about that first day back as we crunched through the golden leaves now blanketing our neighborhood to take some pictures of this desert Fall glory yesterday afternoon.
We held on to Elle with a vice grip for as long as we could but in the end we had to drop her off at the airport early this morning, glowing with excitement to get back to her island, and really, we were excited for her too.  A new semester of adventure awaits.
And now here I sit looking over the pictures that bring me back to that grand adventure we just had.
It probably makes the most sense to start at the beginning of Christmas…the day after Elle got home and the only night we could conceivably have our own little {fake} Christmas Eve.  Although we decided unanimously that we’d let Santa know we’d rather have him shower the OSSO kids with gifts rather than visiting us, the girls still wanted to give to each other.  So on that night our tree looked like this rather than empty as we had anticipated: 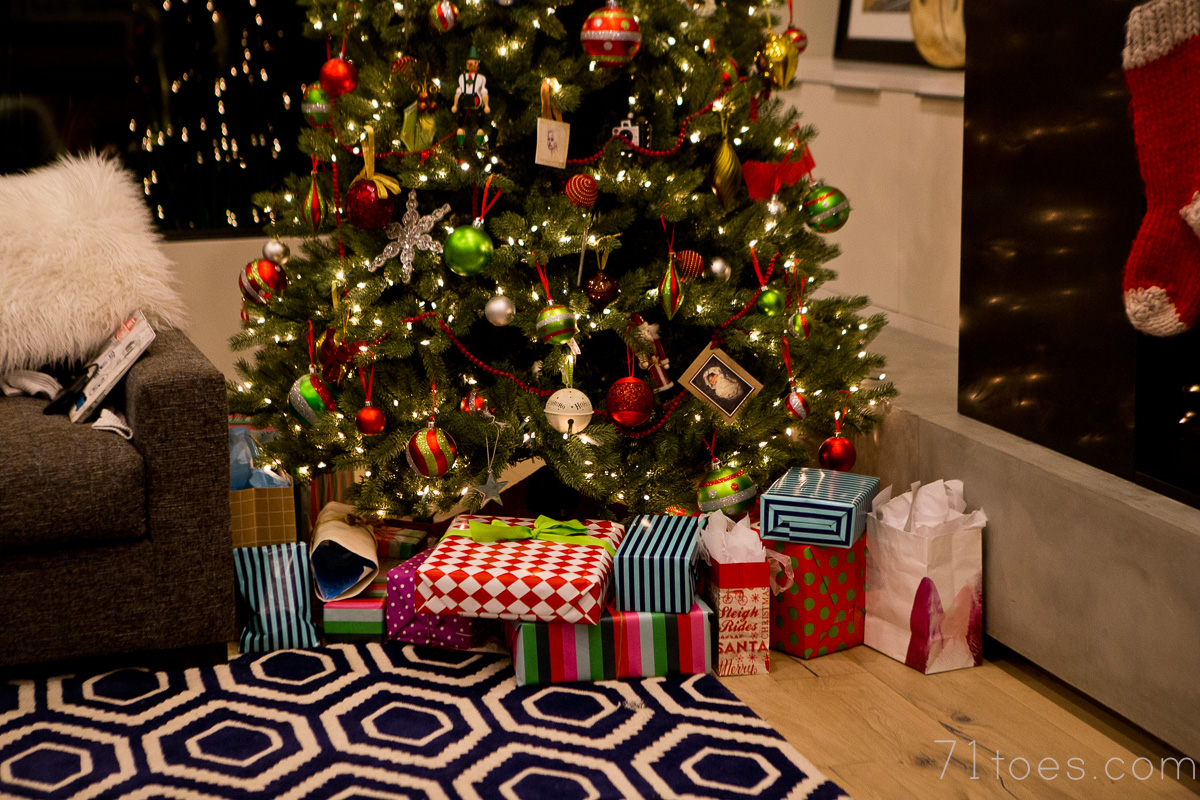 Those girls had been busy thinking of each other…and of me and Dave too.
The kids always do their gift exchange on Christmas Eve, which is my favorite part of Christmas every year. And along with that we also do our Jerusalem Supper so decided to do all that on the 22nd, that little sacred night the night before we left. 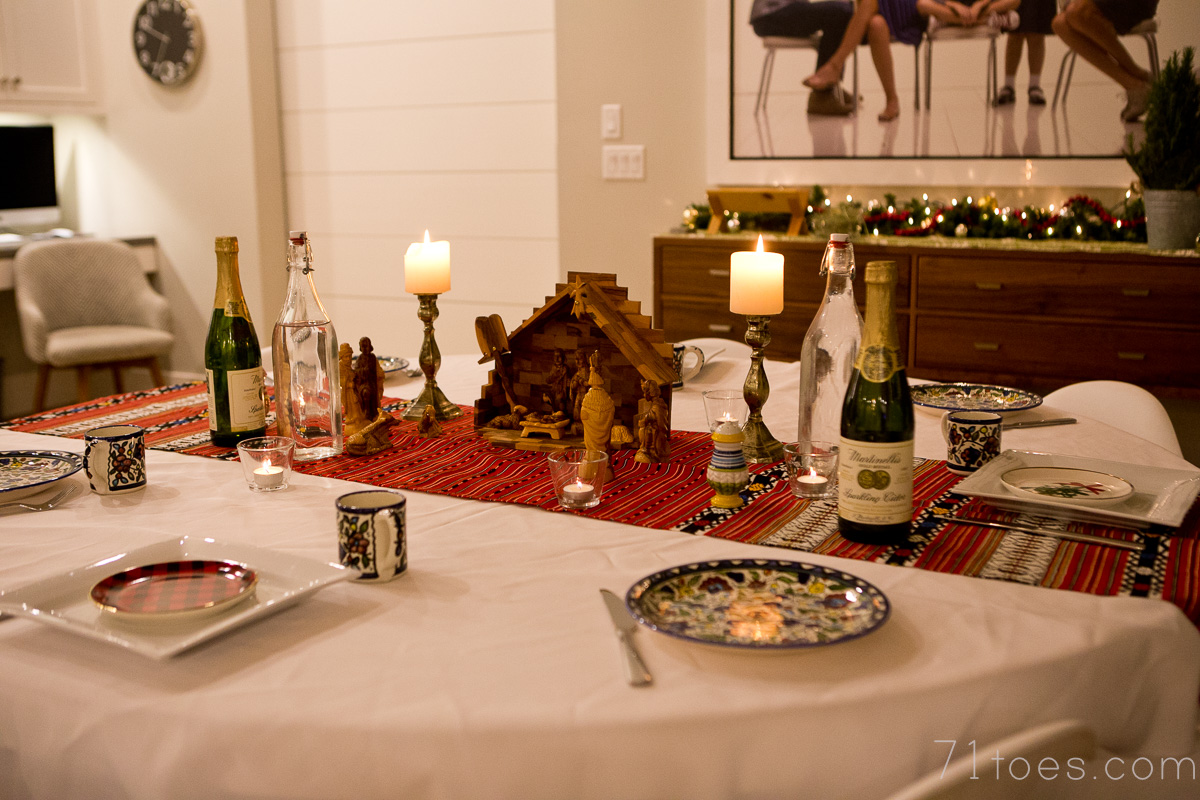 I think Claire came up with the idea a few years ago to put a part of the nativity on each person’s plate and have them talk about it during dinner. 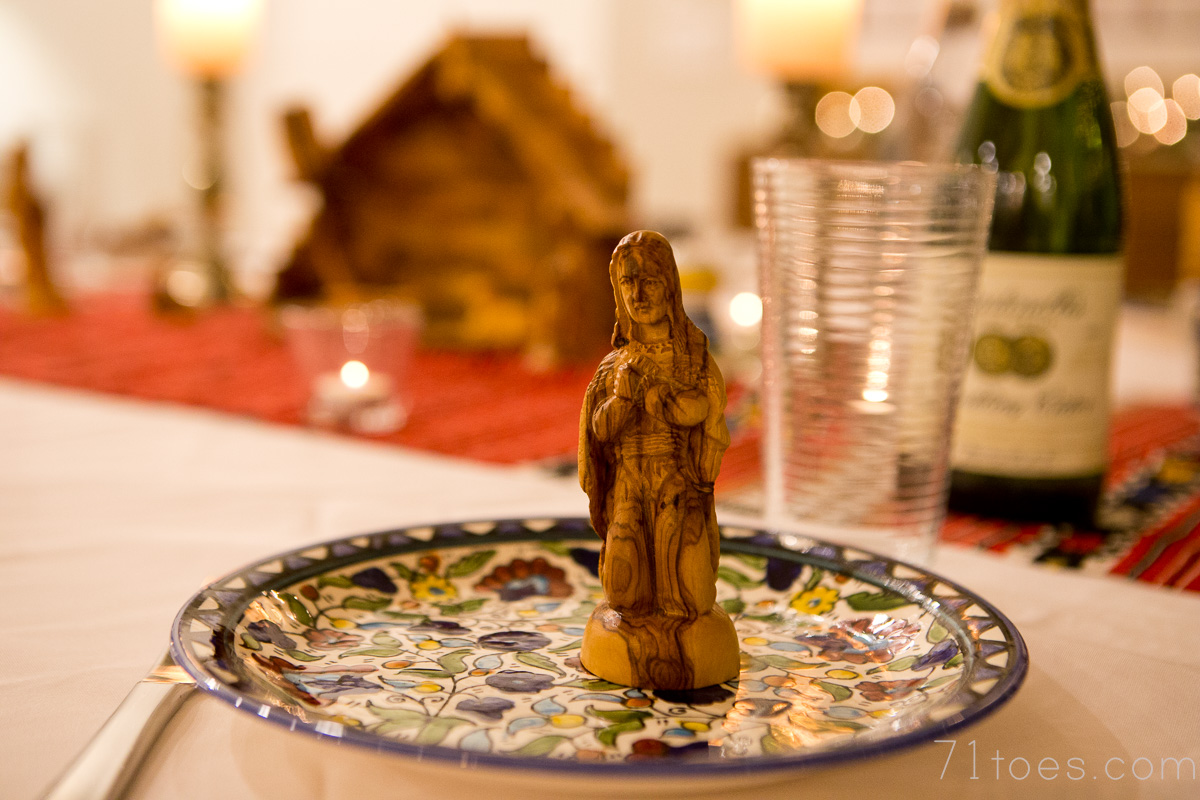 And it was my parents, long ago, who started the tradition of dressing up as Mary and Joseph’s families and getting into character getting ready to send them to Bethlehem which leads up to the little nativity we do each year.

I love when we get to have Josh join in on this. 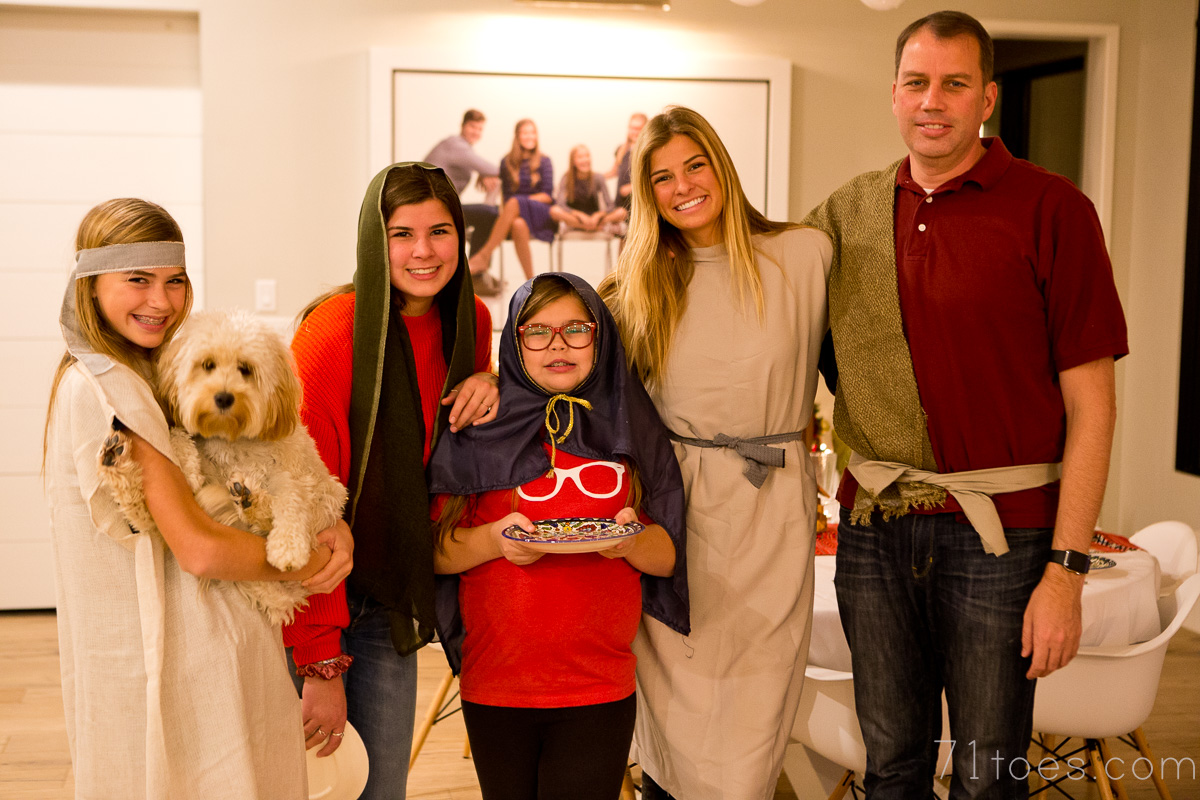 …and grateful for these “outfits” my sister Saren made us for Christmas years ago.  They’ve been put to good use!

We use the pottery I got when I did study abroad in Jerusalem years ago, and I love that it helps me remember that sacred semester I got to spend there. 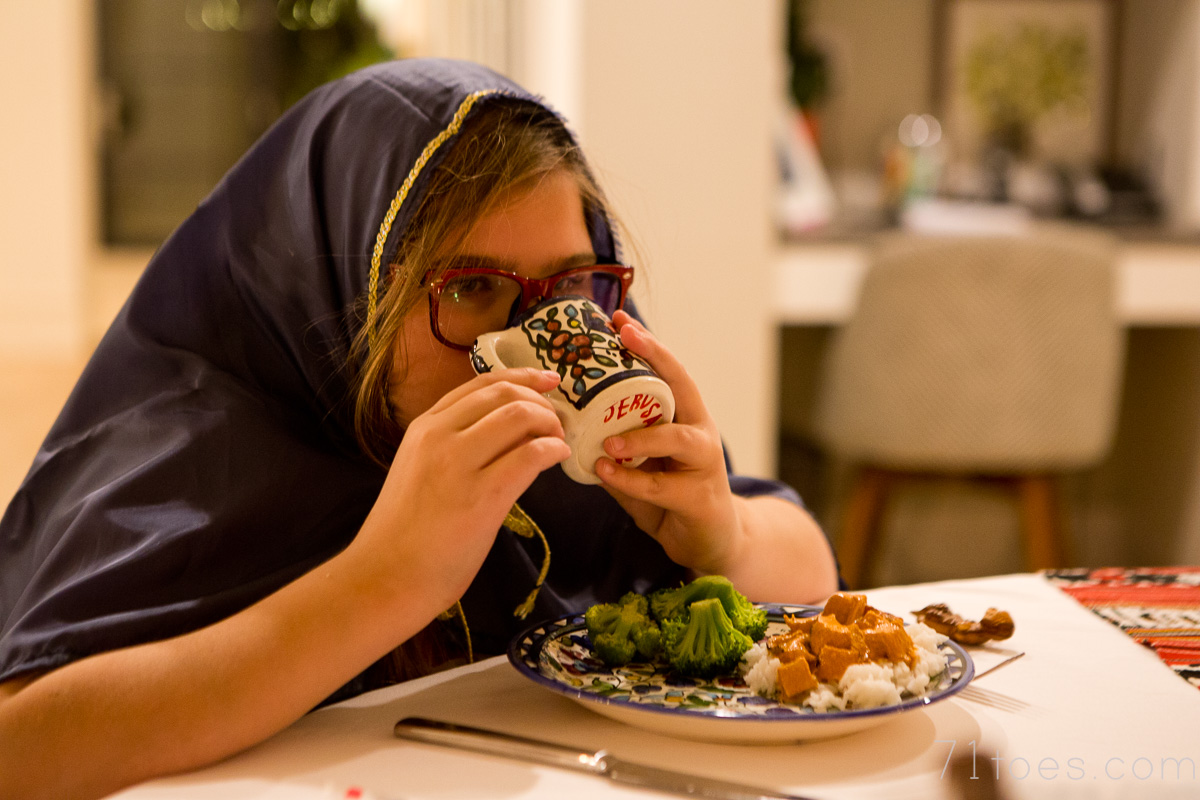 Here are the girls talking about their nativity pieces. 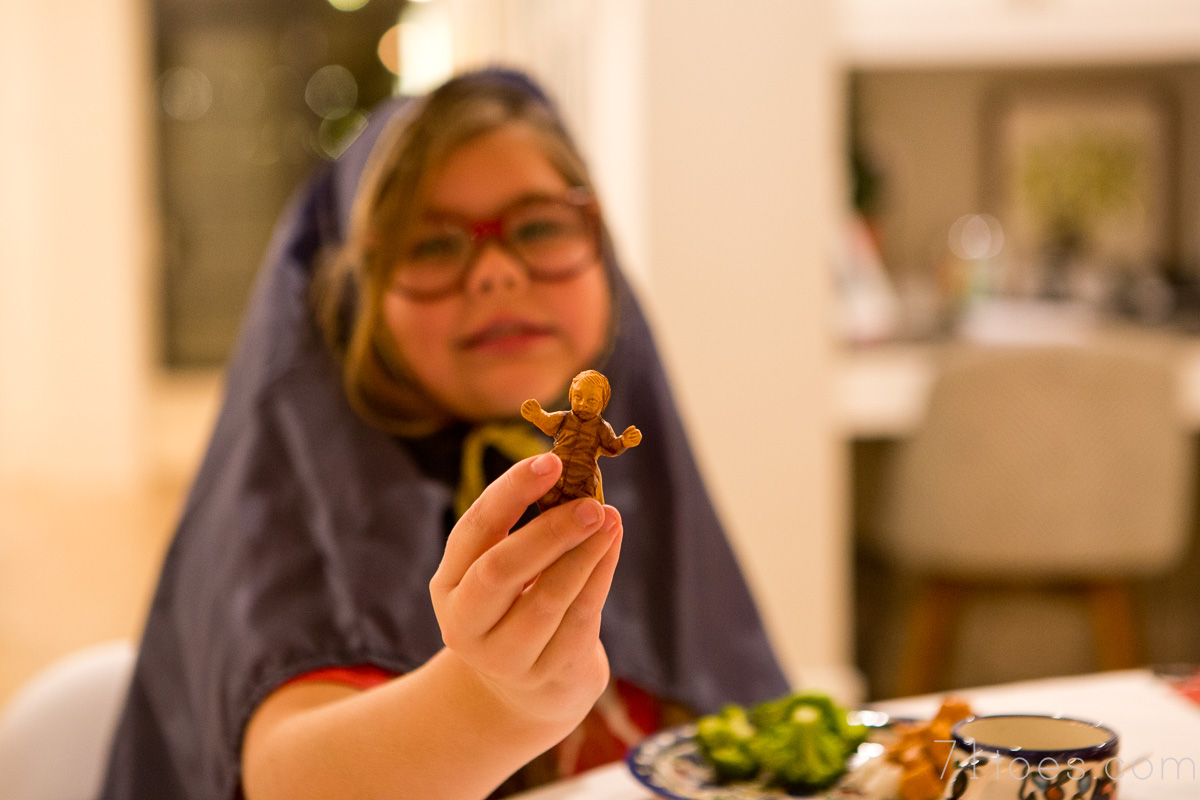 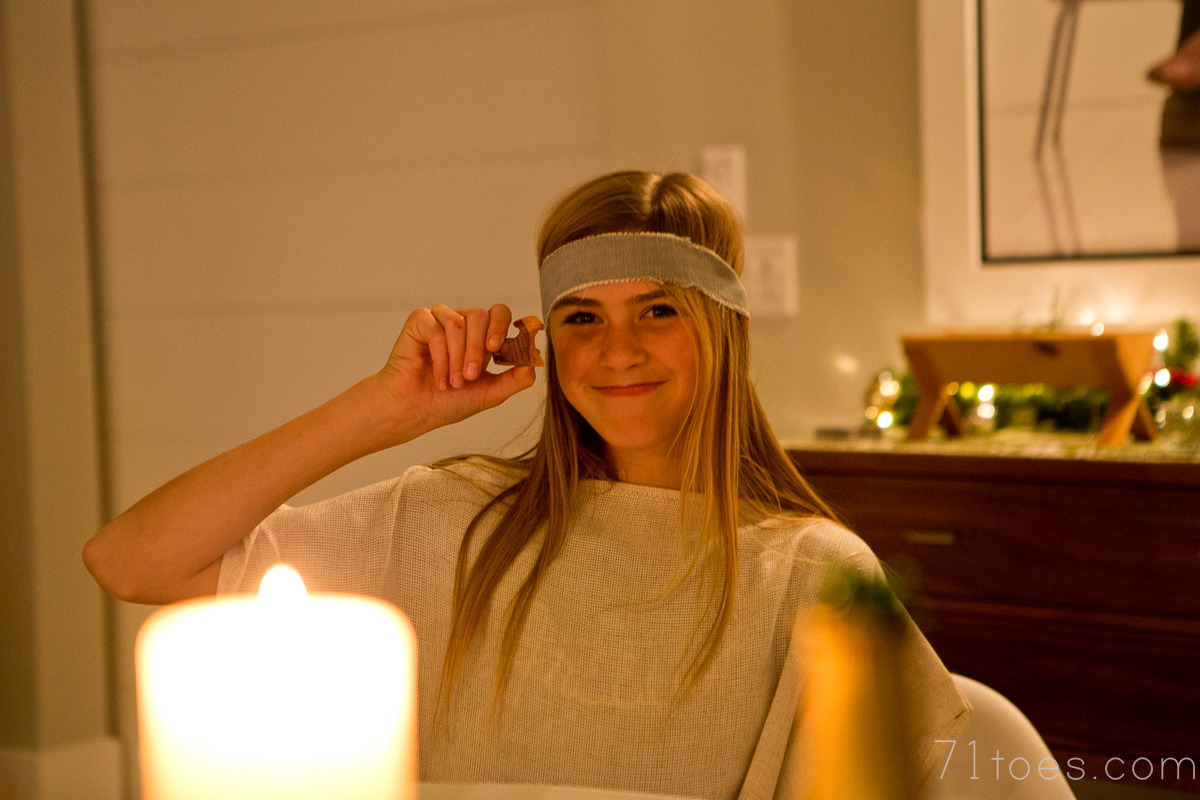 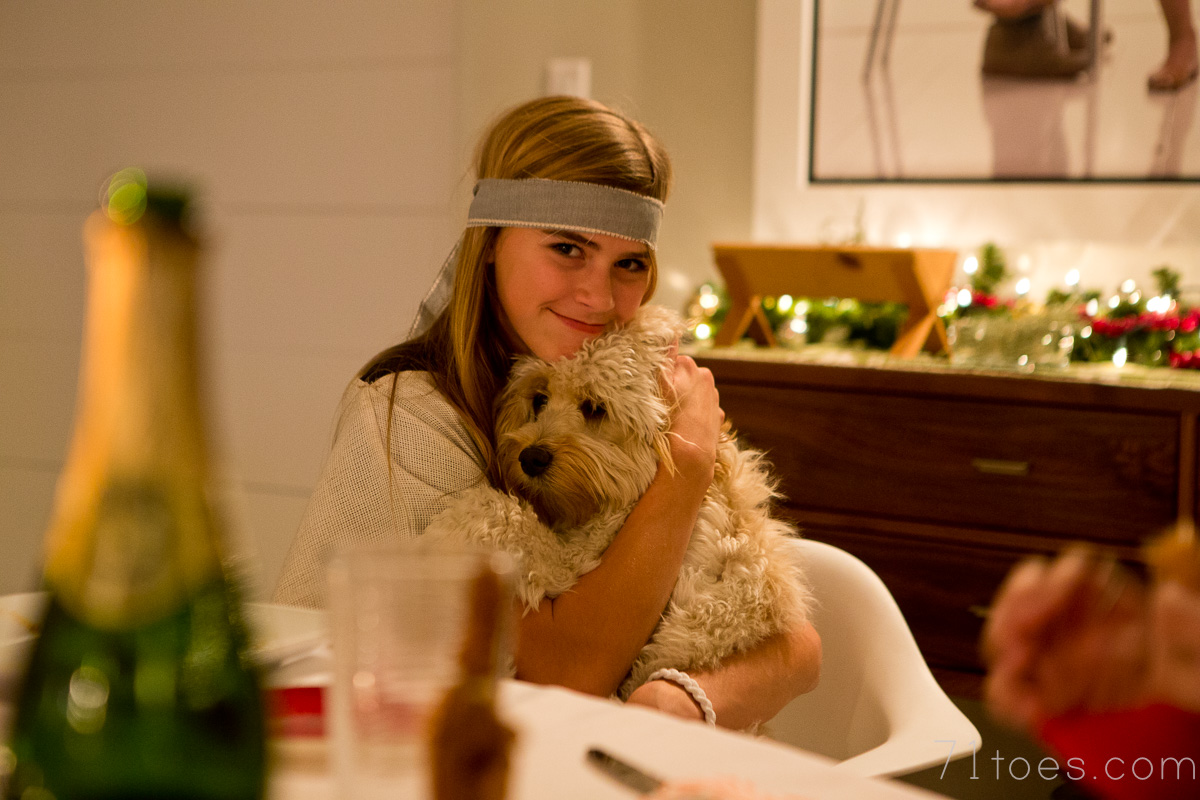 I love thinking about the animals in that stable so long ago, right along with the people. 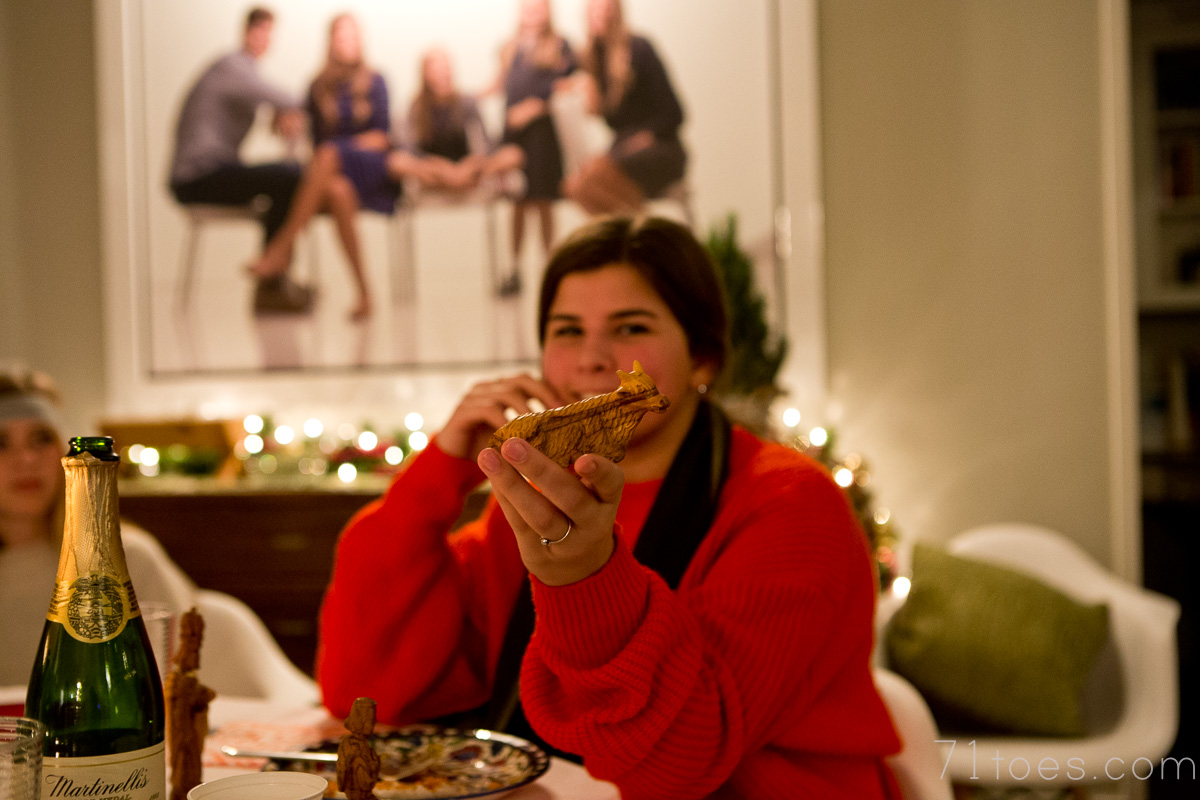 It seems like the girls always come up with some pretty cool thoughts about them. 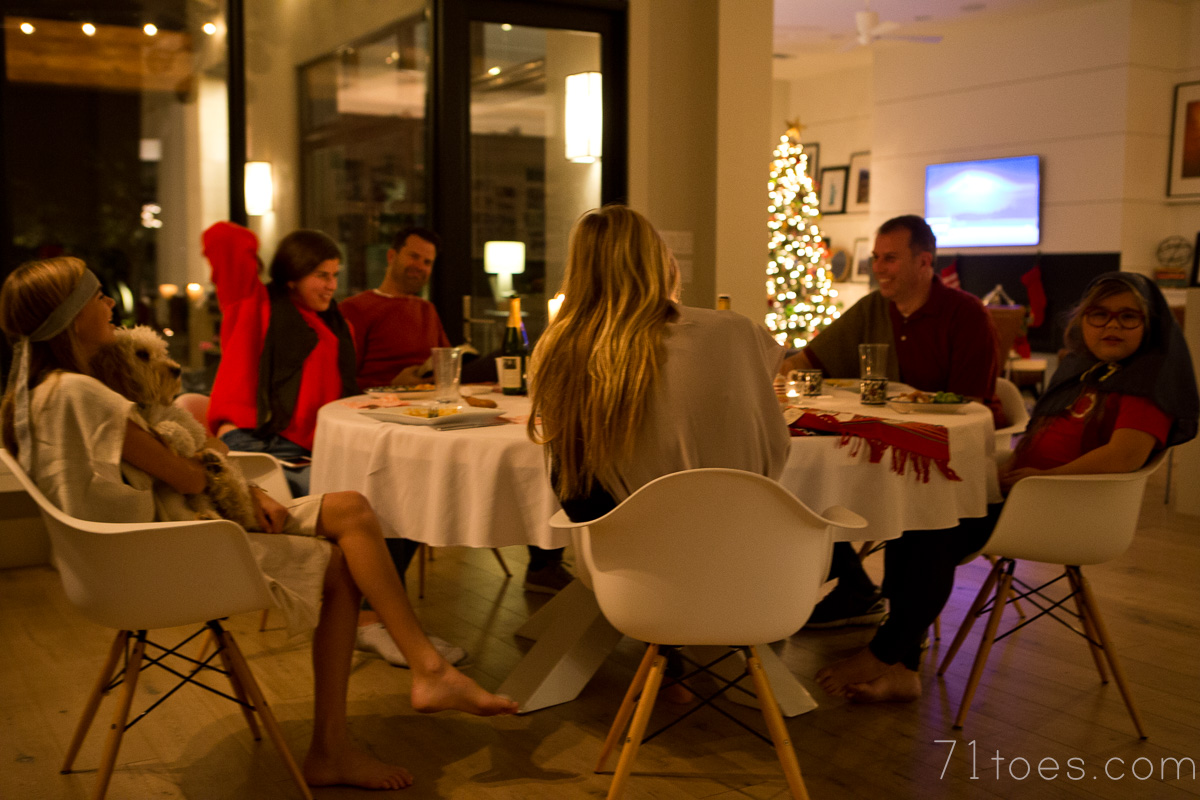 Claire, as you can see, was quite delighted to help Bo with her acting debut as a little lamb… 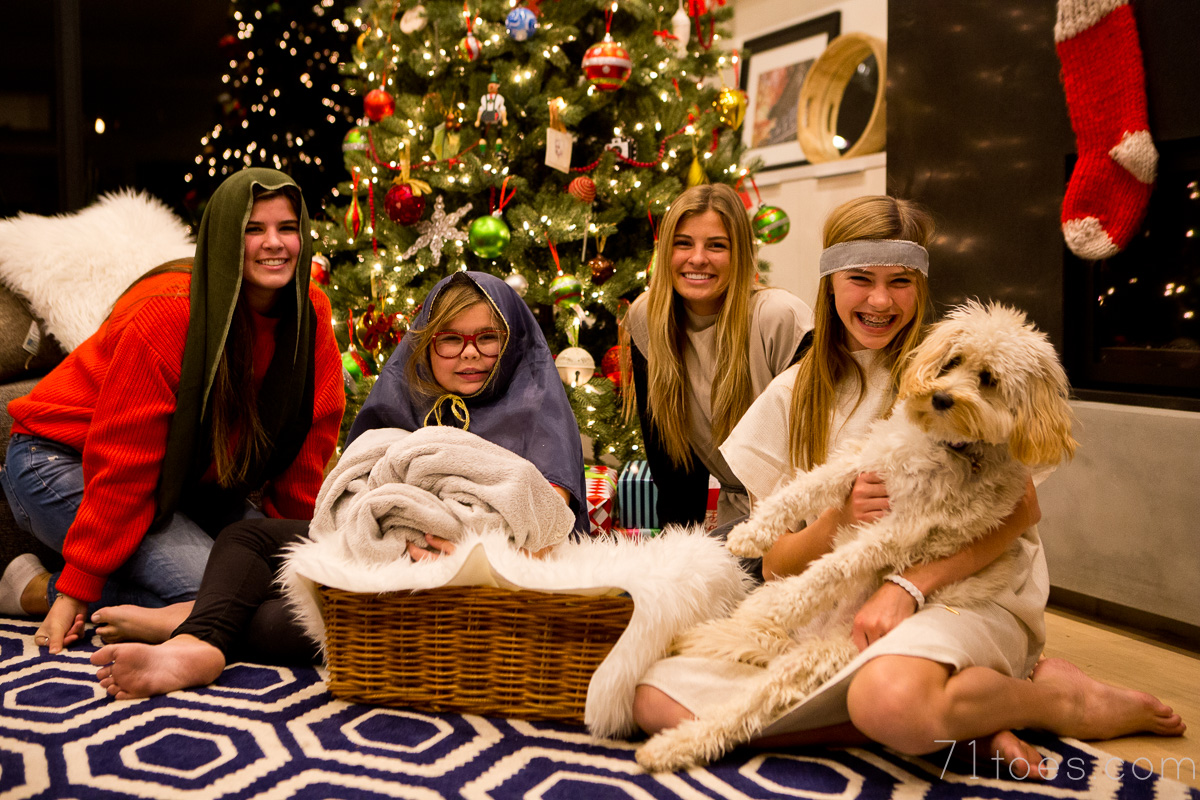 Dave narrated as usual and I got to be the donkey this year:) 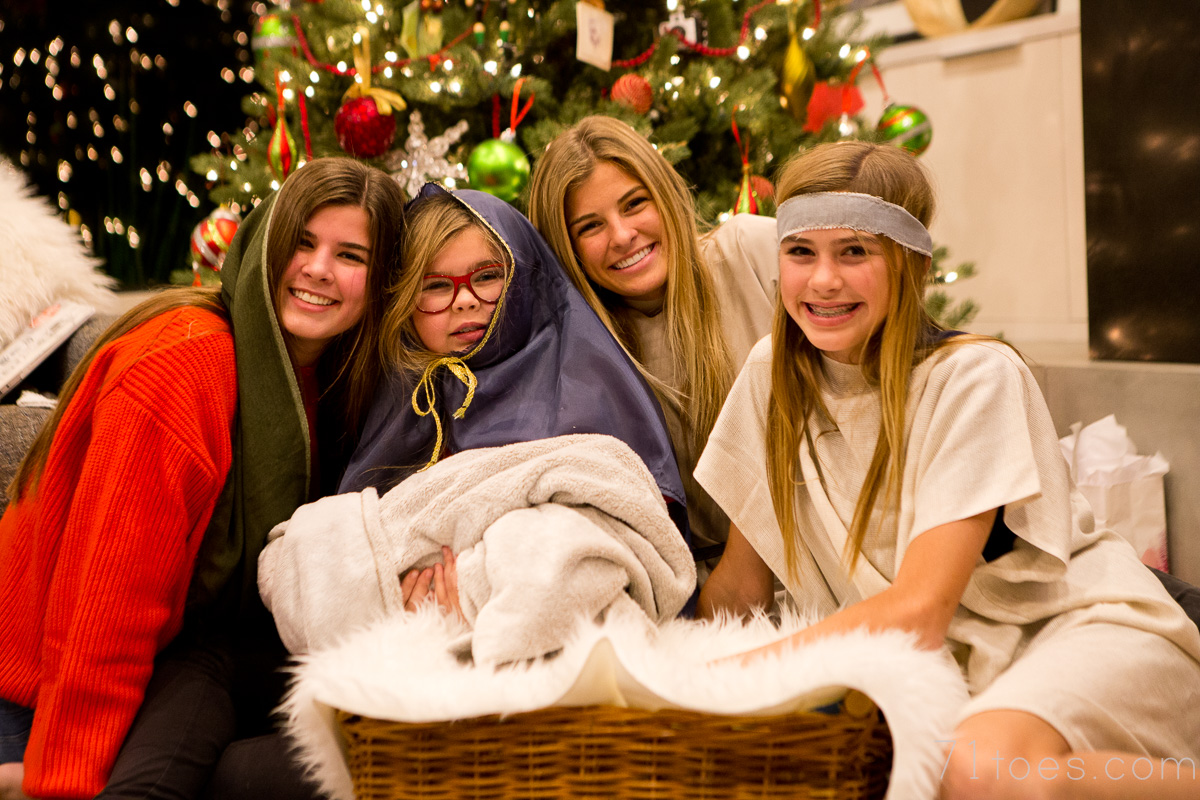 Then it was on to the gift-giving.

The girls had some pretty sweet stuff for me and Dave as well as for each other. 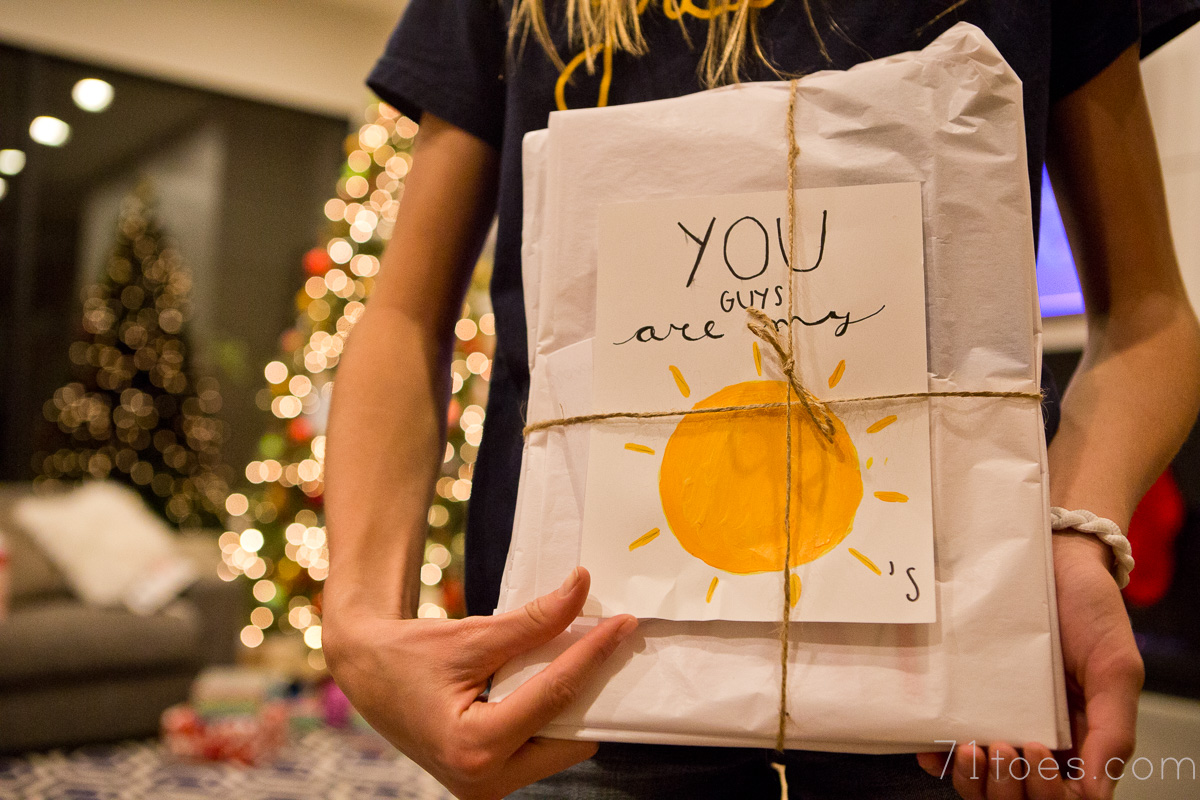 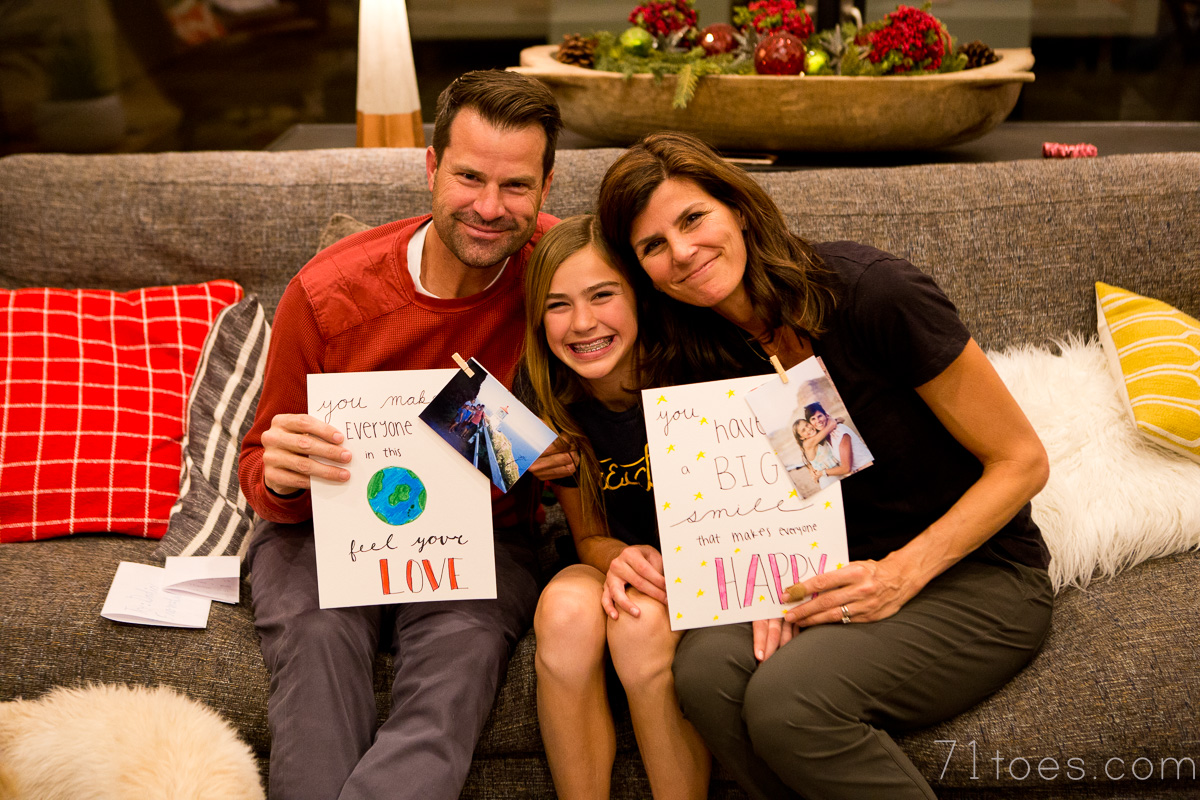 I’ll let the pictures tell the story of the gift-exchanges. 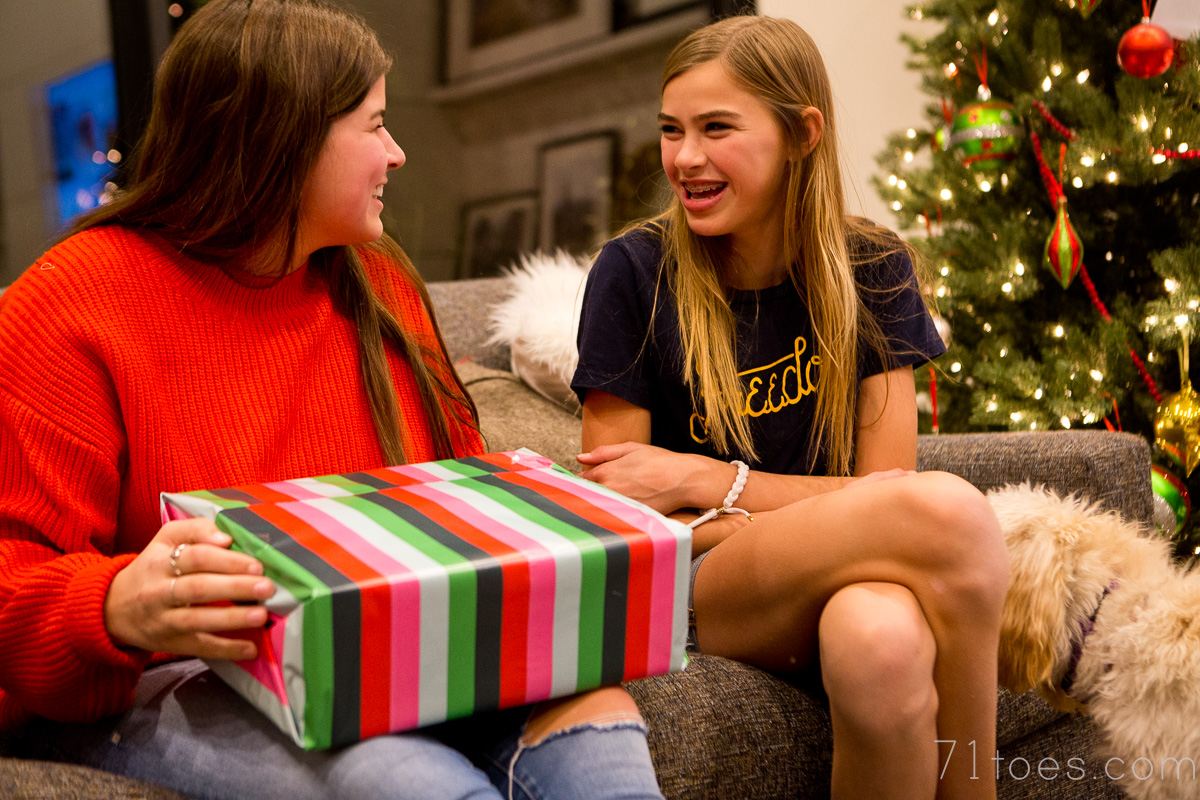 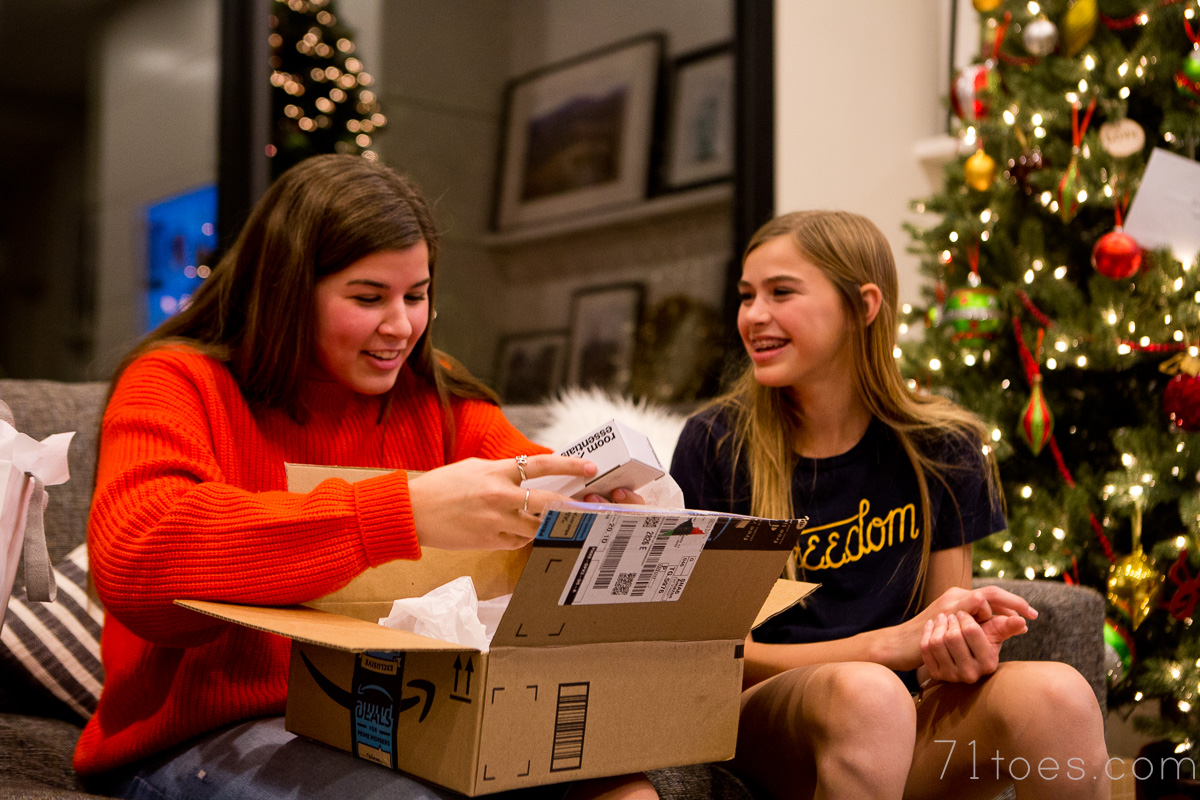 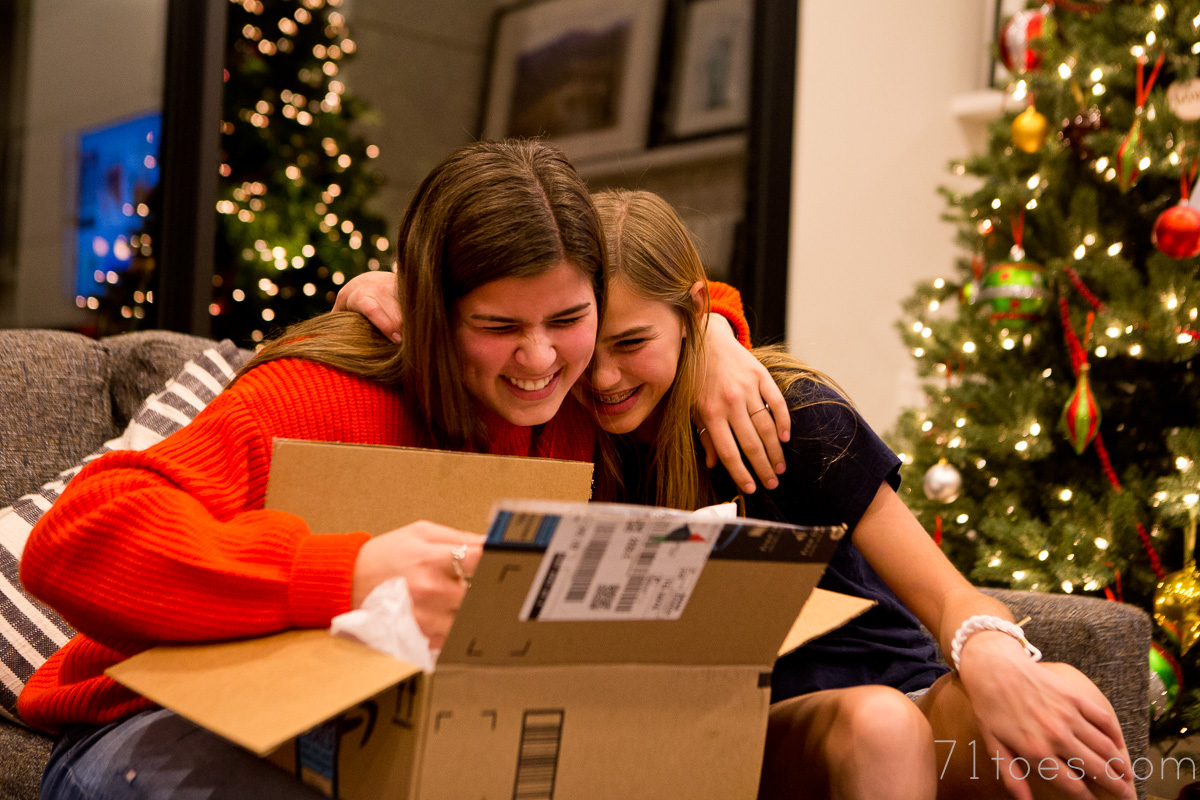 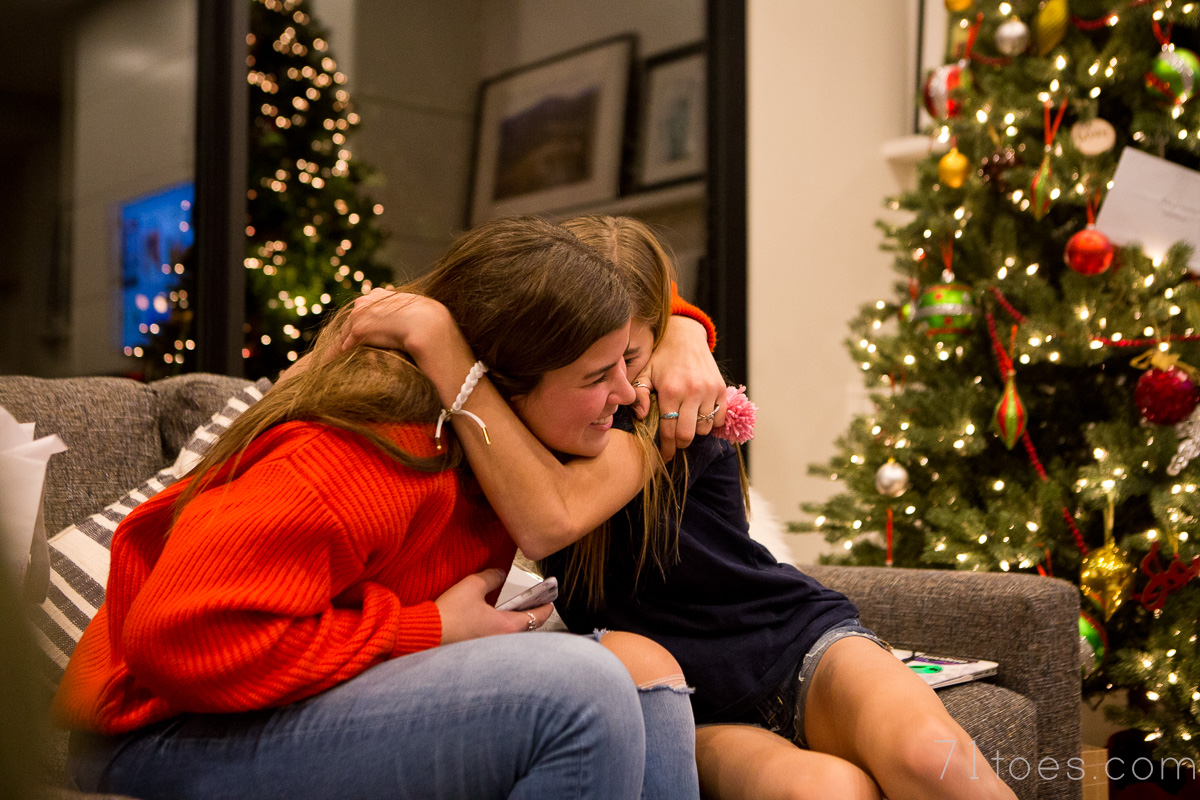 It was just as beautiful as ever…the giver lighting up like the sun as they got to give those gifts away. 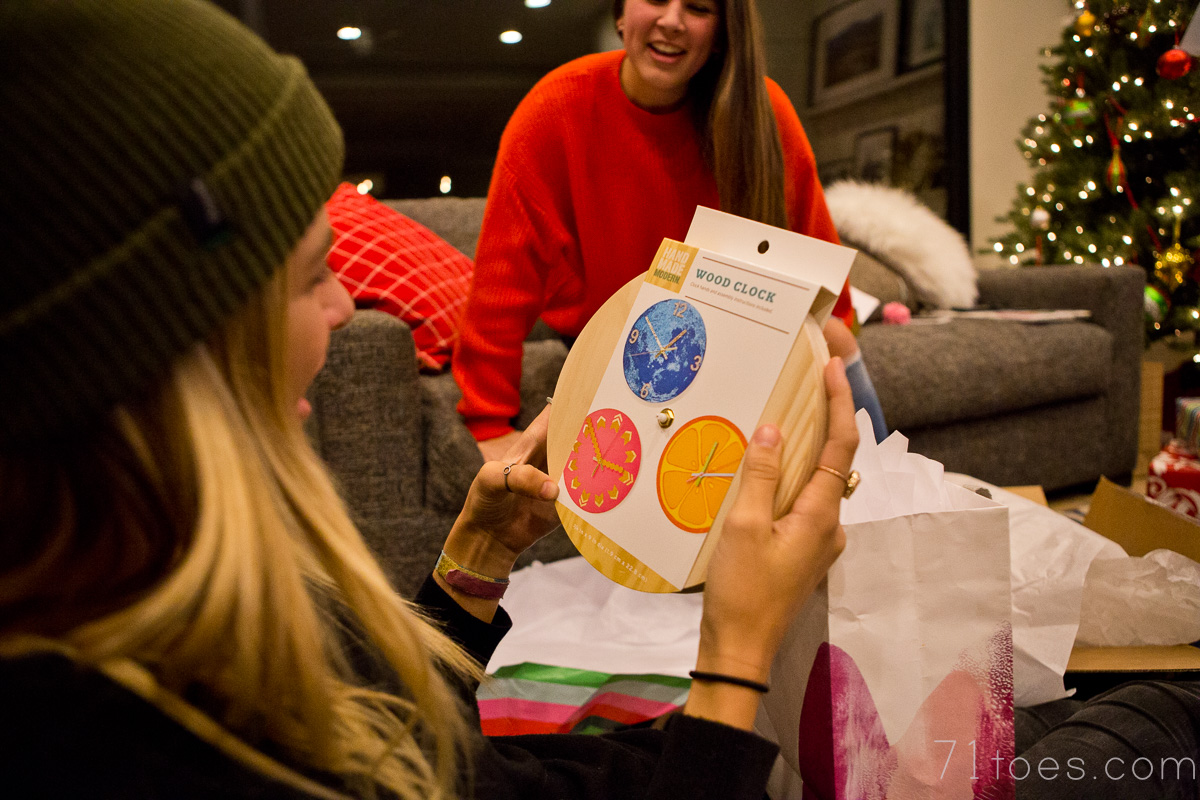 Great minds think alike…Elle and Grace got the exact same ring given to them. 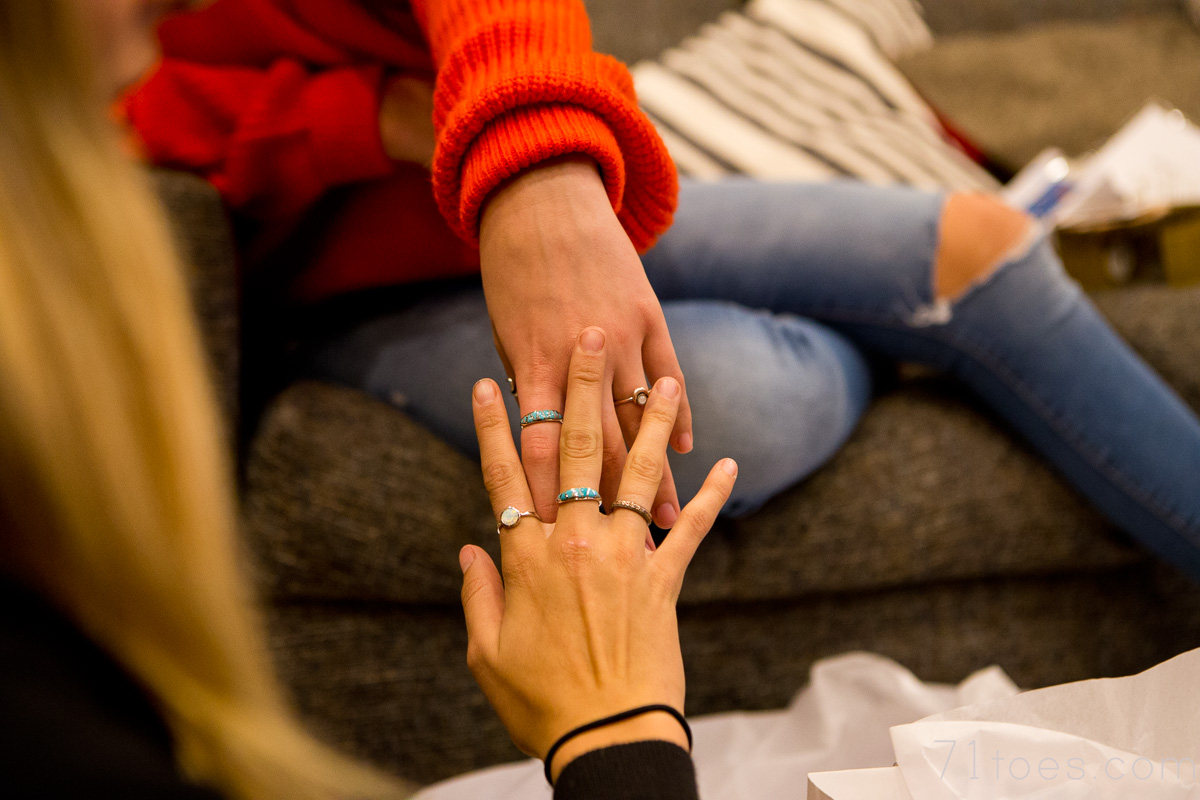 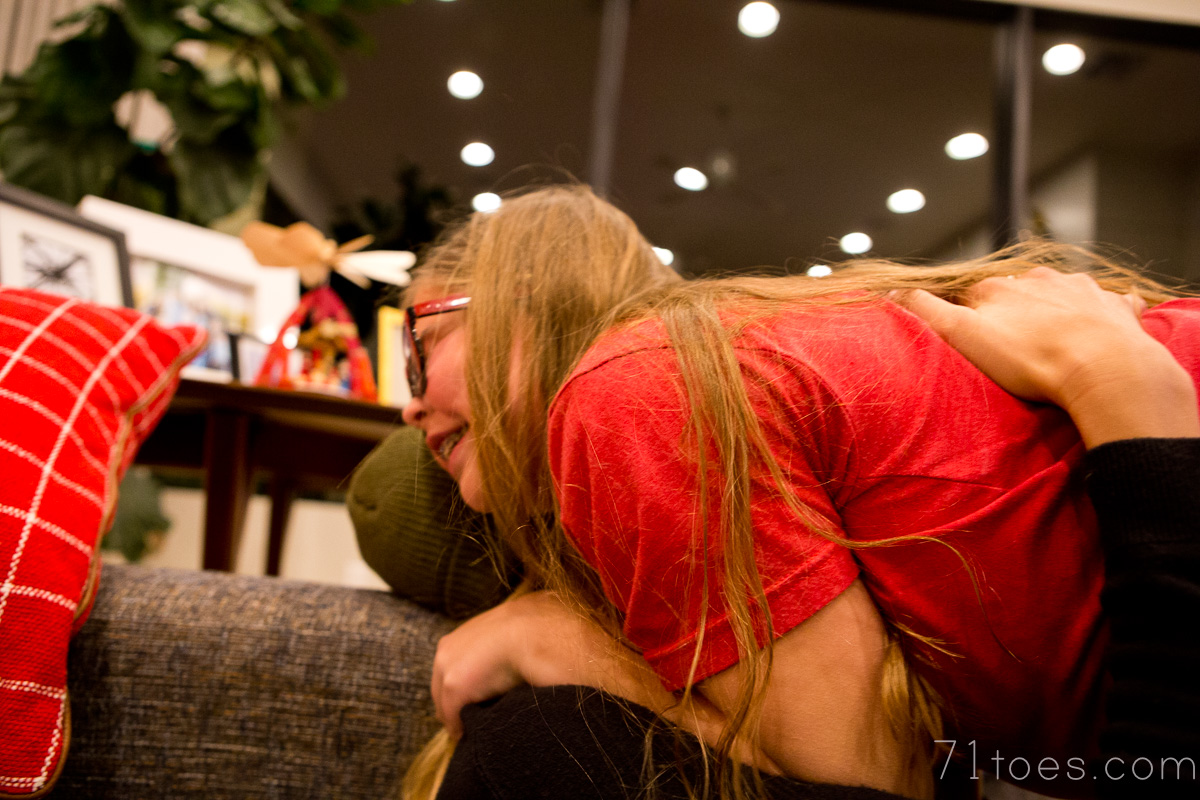 That night was a needed distraction for me.  Getting ready to leave had been riddled with some heaviness and crazy stress, and so there seemed nothing better in the world than to be nestled in that family room with all those people I love so much, being filled with the wonder of giving from the heart.
0 comment 0 FacebookTwitterPinterestEmail

thoughts on a Sunday — Sundays in Ecuador and what I learned