September 28, 2018
Every year after I post about our reunion at Bear Lake (this year’s post is HERE), I get questions about sibling relationships.  Here’s one:
The annual posts {about Bear Lake} are my favorite in many ways, but I still can’t help wondering – are you all really such good friends? For real? Never any issues with siblings’ spouses who disagree on child rearing practices or what constitutes a proper meal? Never any grumbling about how some do all the work and others just sneak off? Never any disappointment? Hurt feelings? Never any babies or toddlers who just won’t sleep and keep everybody awake? Never anybody who is sick most of the time and misses out on all the fun? No drama? EVER? Or do we get to see the ‘edited’ version here? I’m full of admiration, believe me, but as the oldest of 8, I’m just amazed at the level of cooperation and joy and unity your family displays, and a little discouraged…
That question must be from last year (I just found this post in my “drafts”), because it has an answer from last year (ha!…sometimes it takes me a while to get to these…) but I think it’s a good question to ponder, especially since we just had what I would kind of describe as our first little “family reunion” in California not too long ago (HERE).  And I so want the relationships in Dave and my little family to mimic the relationships I have in my growing-up family…and also the ones Dave has in his.  They are pretty powerful to me.


And also, I just got done with being a chaperone at science camp with Lucy.  In talking to other chaperones and some of the camp employees, and teachers too, I don’t know why, but so many family discussions took place.  It made me realize once again that there are so many people who struggle with adult siblings, so many things people are battling against, with parents, with family dynamics, with abuse, with sorrow.  And whether we had great family relationships growing up or not, as parents of young-ish families we have the power to take steps to help foster great relationships that will change the future for good.  Yes, sometimes it takes a whole giant boat-load of work.  I think it is rare that relationships just “happen” to be hunky-dory.  But if we take some deliberate action I think there are many things we can do to really strengthen relationships.

Ok, so here’s my “old” answer combined with my new:  Oh yes, there have been some good fights over the years when people get huffy (embarrassingly I think I’m the one who gets huffy the most ;). We are in close quarters at Bear Lake and the sleep thing has been rough for some…jet lag (especially with those coming from Europe) and new babies through the years…trying to keep kids quiet in the wee hours of the morning while everyone sleeps (I had quite a few years of that back in the day and so I know how it goes…). This year [which is really last year since I’m so late posting this] we had a throw up bug going around before the reunion started and we were trying to quarantine kids so it wouldn’t spread through all 48 of us (luckily it stopped after going through I think eight kids…). Yes, there are some bumps in the road, but every year I do marvel that the stars aligned in such a way that every one of my siblings married people I genuinely adore. I don’t know how I got so lucky to be related to them (and Dave’s family too), but I don’t ever want to take that for granted because I know it’s not the norm. I always come away feeling like I better up my game because I don’t want to be the weak link! 🙂

I can’t speak for the in-laws, but I can relate what I think helped in our family to make us such good friends.  Many of the ideas my parents infused into our family life are pretty awesome.  I wrote some of them in a sibling relationship post, combined with some of the ideas Dave and I have infused into our family and I think I still wouldn’t change those answers much.  Things like having a “repenting bench” so kids can learn communication and repentance, humility and grace help so much (details about that HERE).  Family testimony meeting was a huge one in my opinion.  I talked all about that back HERE.


But really, the majority of things I think create strong sibling bonds are all wrapped up in that older post so I’m just going to link to that post…it is HERE. 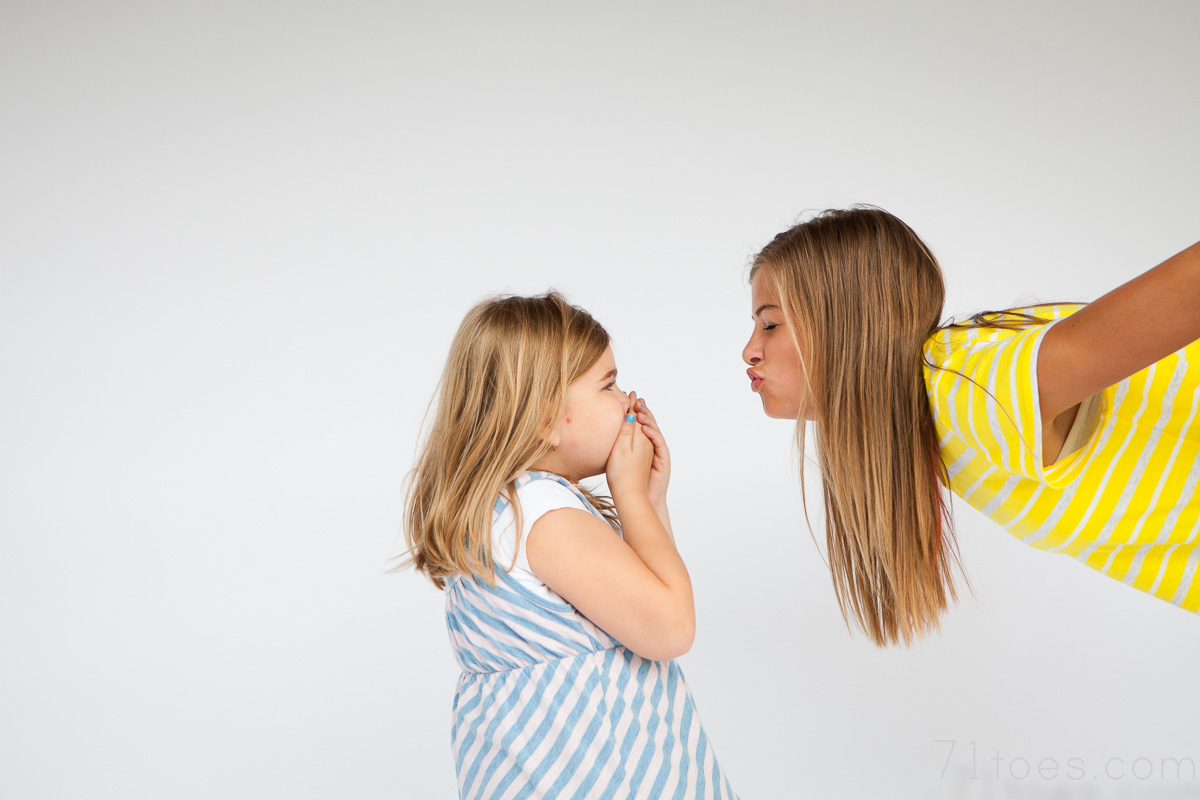 The bottom line is that the younger-children relationships generally morph into the older ones.

BUT, that doesn’t mean if your kids fight there is no hope!  Never fear if your kids happen to be in a stage of at-each-other’s-throats constantly, because quite honestly, some of the most “fighty” relationships in our family growing up are the best ones now!
7 comments 0 FacebookTwitterPinterestEmail

Sunday pondering — all those who diligently seek Him

I'm always curious … is anyone in your large family an introvert who just doesn't want to deal with all that *doing*? I come from a very small family of largely quiet people, and while the whole thing is fascinating to me from a certain angle, I can't imagine being married into the expectation to be *on* and *participating* as much as it seems. I would have to stick my head in the oven! That's not a slam on your family at all, it's just such a different environment than my comfort zone, I've always been curious if you ever have any siblings or in-laws who just nope out because they want some quiet personal space.

I've often wondered this too.

I'm an introvert & can't cope in large groups/crowds at all, even it is my family.

Good question, I think yes, there are varying levels of introversion in our family. One of my brothers as well as a few of the in-laws sometimes need a little break but I think they're great at finding some alone time or skipping things we're all doing together here and there to fit their comfort level.

Hi Shawni,
Thank you for answering this question.

It's obvious that you were all taught really well. I have followed your blog on and off for several years, and then finally attended a seminar on family systems today at your parent's house in Park City. Everything Saren, Sadie, and Noah said echoed your post about unity. I'm so excited to implement these systems into my family's life! Thank your for your leadership and example.

The only requirement of the family reunion is four days. You do for your spouse. With that many people surely there are hours where a person could sneak away to a quieter part of the compound. Remember there are at least two structures to house people. One morning is church which they would do anyway. With 50 people surely there is only a few minutes you need to interact with someone who isn’t your favorite.

So will your kids have a pothier reunion and eyre reunion and now an immediate family reunion in addition to their in-law reunion? I’ve been staying home with my child, have the number of vacation days a year changed?

I don't know how that will work out, although we've thought through it a lot. We'll see how it all plays out!