In Las Vegas a couple weekends ago this is how I spent the majority of my time: 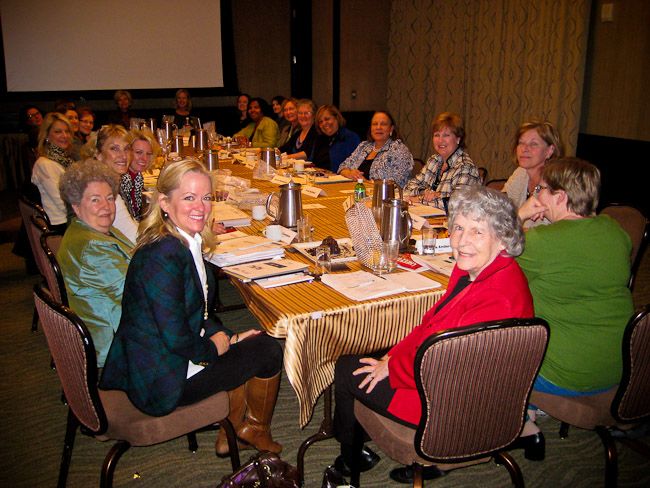 …sitting around this big table with all these intelligent, kind, strong ladies on the National Board for American Mothers, Inc.

Did you know that American Mothers has been around since 1935?

It has honored mothers every year since that first year when Sarah Delano Roosevelt, mother of President Franklin D. Roosevelt, presented Lucy Keen Johnson of Georgia as the first National American Mother of the Year. (For more about the history click here.)

As I sat around that table I was in awe about all that goes into a 501C3…all the bylaws, all the financials, all the things you have to make a “motion” about and get “second”-ed from someone else. We had a lot of voting and a lot of discussions. These ladies know their stuff about budgets and allocating funds and all that jazz.

I was so impressed by their intelligence…they blew me away with all the technical lingo. But I was most impressed by their Motherhood. I think everyone there had been a Mother of the Year or Young Mother of the Year in the past. I think of the lucky children who are being raised by that handful of bright women. And it made me feel very humbled to be among them. I certainly did not belong.

But I sure felt honored to be there and was so uplifted by the experience. (I became a member of the national board because of this.)

The experience was heightened by having Dave join me there. We got to hang out at night after the meetings and I was reminded once again how important it is to have alone time like that. We got to talk and talk and talk.

Which is extra nice when you get to watch this while you do it: 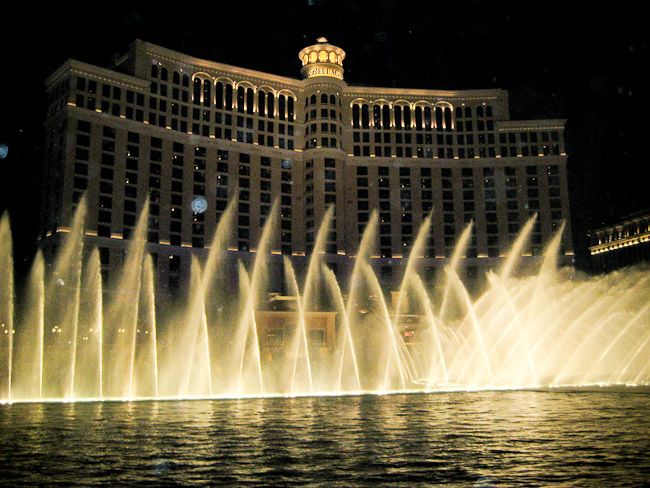 I LOVE the dancing fountains at the Bellagio. I’m infatuated with them in fact. I think they are beautiful. 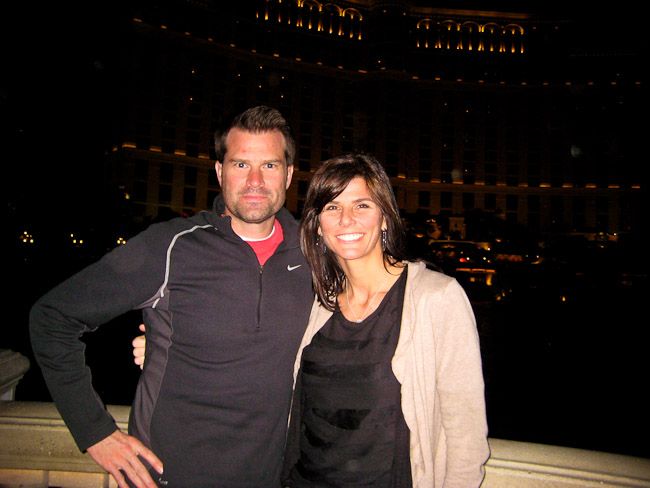 The next day amidst the meetings the Nevada Association of Mothers hosted us board members for a luncheon: 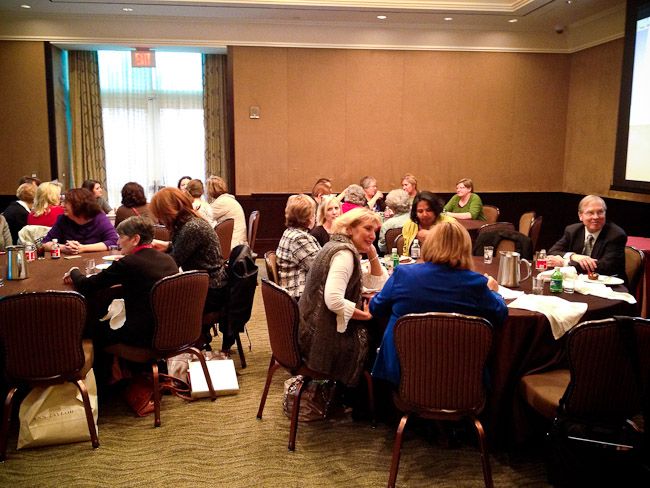 It was so nice to sit and talk a little bit with these wonderful ladies and hear about the programs they are doing to help mothers in their state. One project is a literacy project to help donate books to families in need.

Did you know that 60% of all inmates in the U.S. are illiterate? Interesting little tidbit, right?

Probably my favorite part of the meetings was hearing about the work the Mother of the Year from last year is doing at the U.N. to help bolster the respect of mothers and also to help fight against abuse of pregnant women.

One night Dave took me to see La Reve for a continuation of my birthday celebration. 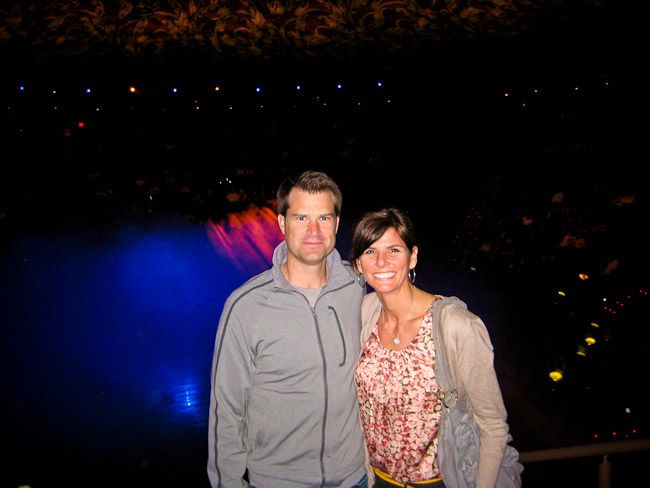 I have to say that it was one of the most amazing things I’ve seen. 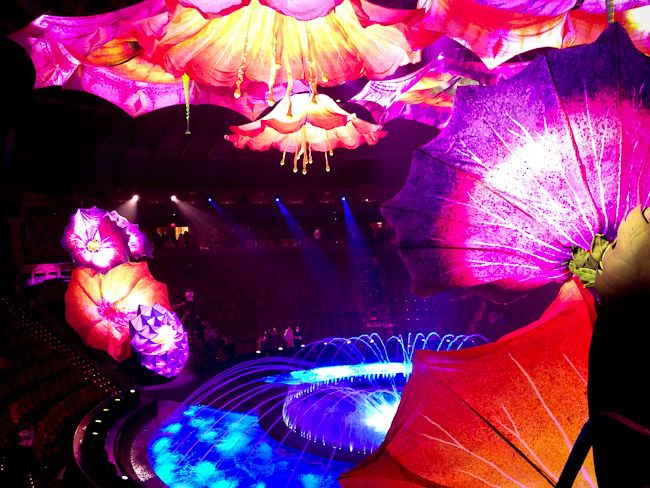 I can’t even describe it so I wish I would have snuck in a few pictures so I could remember some of the stuff forever, but man alive, suffice it to say that the creativity involved blew us away.

SO many different outfit changes, the stage changed from a pool to a stage to a fountain and back again over and over, there were people dropping from the ceiling and doing all kinds of synchronized swimming and acrobatics. It was a feast for the eyes as far as I’m concerned.

These flowers came out of the ceiling and walls at the end: 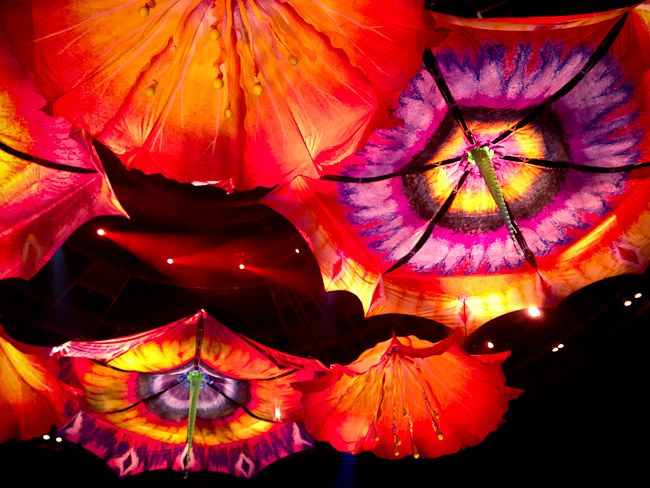 The next morning we wrapped up the board business:

Connell on the left below is the President. She is doing such a great job. On the right is my friend Irene who I met back at the convention in SLC. She told me some things back then about Lucy and the faith she had in healing that touched my heart to the core. I’ve felt a bond to her ever since. 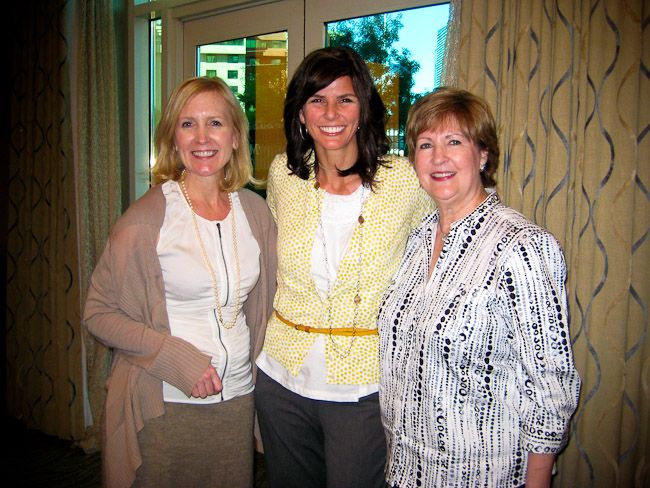 I have felt silly many times this year when people say things about me being the Young Mother of the Year. I don’t like to have that attention and I know there are so many mothers so much more worthy of that honor than I am. But I love having the opportunity to stand up for Mothers and fight for how amazing motherhood is in a world where it is sometimes not put on a pedestal as much as I believe it should.

Motherhood is the job for which all others exist. Mothers raise the future. Mothers are the gauge to peace in a home. They have the potential to deliberately change the lives of children for the better, which in turn changes the world.

I just feel lucky I get to be involved and learn so much from these women.

a tiny village, the famous MACHU PICCHU, and...

Alpacas, eye screenings, and hiking a portion of...

An introduction to six quick days in Peru...

Your example is clear and brilliant for others to look towards for inspiration in mothering–the most challenging calling in the world.
And you're also a shining example of what purposeful parenting has the power to do for a future generation–your folks' legacy is in their posterity and it is so lovely.

WOW. This is SO cool. You are one AMAZING lady Shawni. So SO SO inspiring So glad I can call you 'family'. That show with all the flowers looks awesome. So glad you took the pics. Sure love you lots.

"Motherhood is the job for which all others exist. Mothers raise the future. Mothers are the gauge to peace in a home. They have the potential to deliberately change the lives of children for the better, which in turn changes the world".
Loved this paragraph. Simply beautiful. That quote should be on some high banner waving in the wind for all to see.

Awww, you know why these pictures make me smile. 🙂

Moms are awesome. The "old" ones and the "new" ones. My husband mentioned to me the other day that motherhood is the oldest profession on earth, and probably the most unchanged (in purpose). So true! And thank God for it.

I love this Shawni! You are an amazing example of motherhood. Great pictures! It was so fun to talk to you the other day! Darcy

So glad you had this experience. It's been an amazing year!