it’s great to be eight! 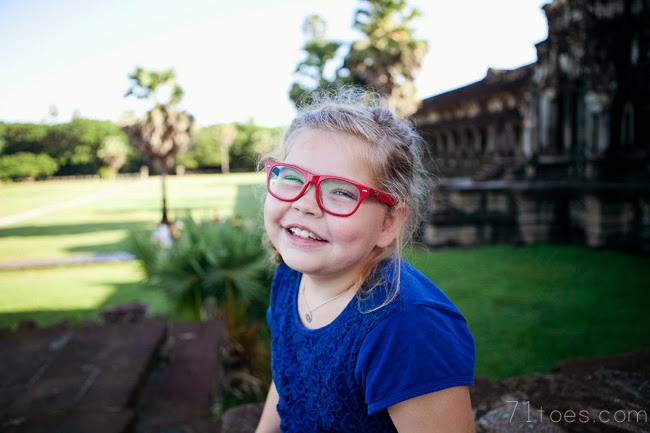 I’ll be honest; we were all a little nervous when we realized Lucy’s eighth birthday landed smack dab in the middle of the only week we had off of school while here in China.

The poor girl has traveled a lot on her birthday it seems.  (Sometimes to not-so-fun birthday places…last year we were HERE and a few years ago we were HERE.)  We knew we’d be walking around the ruins of Angkor Wat, which for most would be a spectacular thing to do on a birthday, but maybe not in an eight-year-old’s eyes…lots of walking and heat involved.

But it turned out to be the best birthday yet.  Lucky girl.

Her brother and sisters prepared a scavenger hunt for her to find her gifts in the morning: 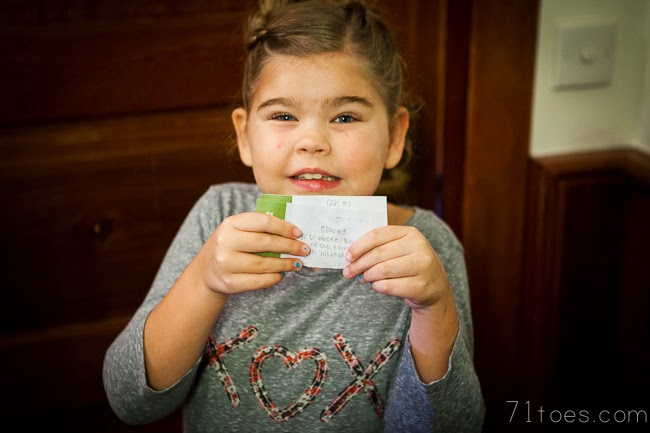 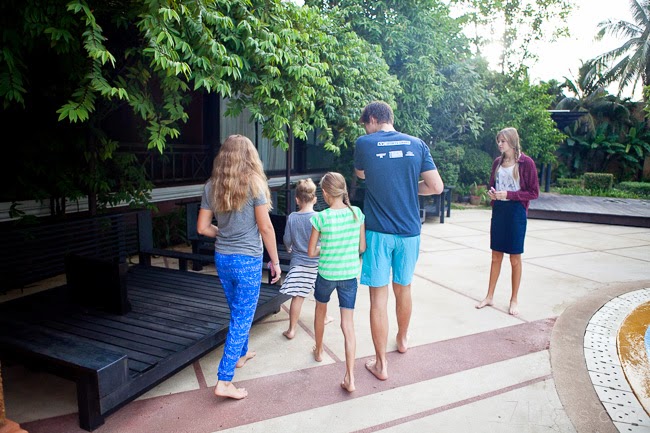 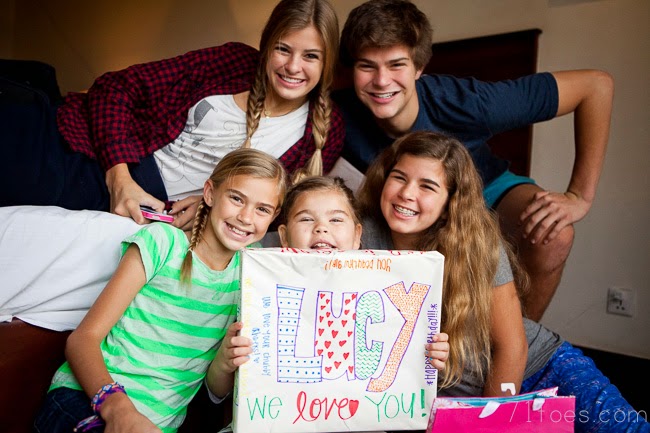 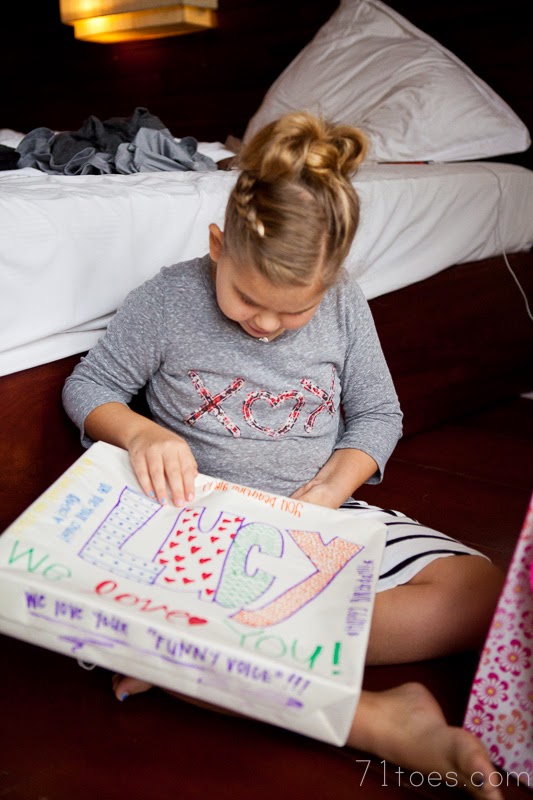 Then, as birthday luck would have it, there happened to be elephant rides on the way into the first temple we went to. 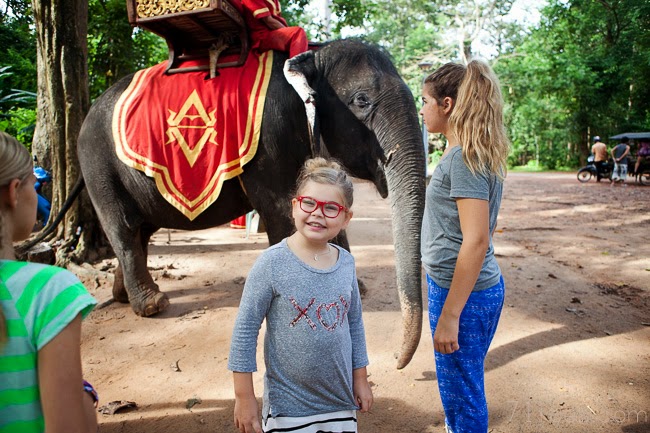 We fed this guy first: 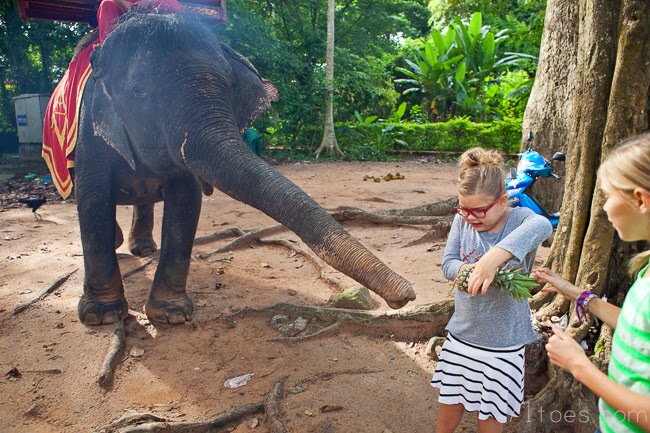 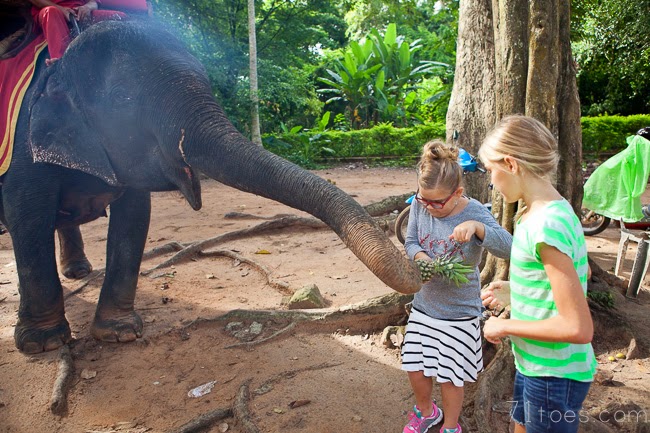 She was a tad-bit worried about that pineapple…
Then these three delighted sisters took off. 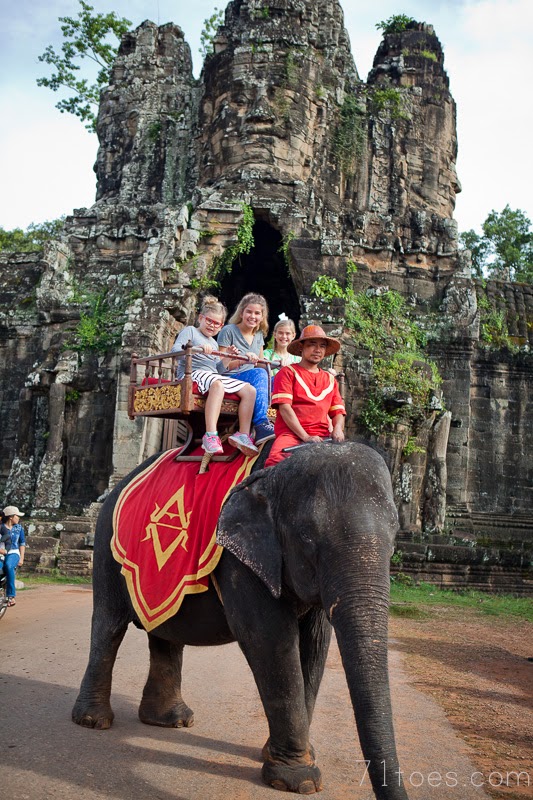 (Max and Elle had already had a turn in India back HERE.) 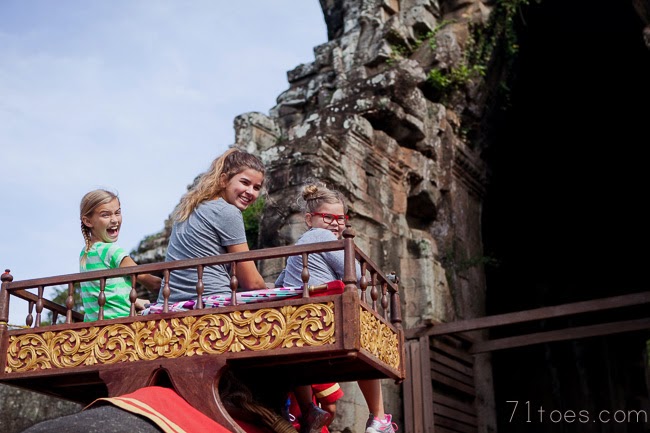 They thought they had died and gone to Heaven. 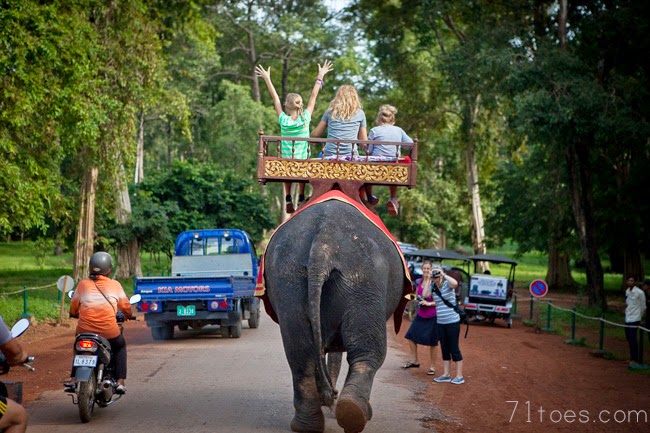 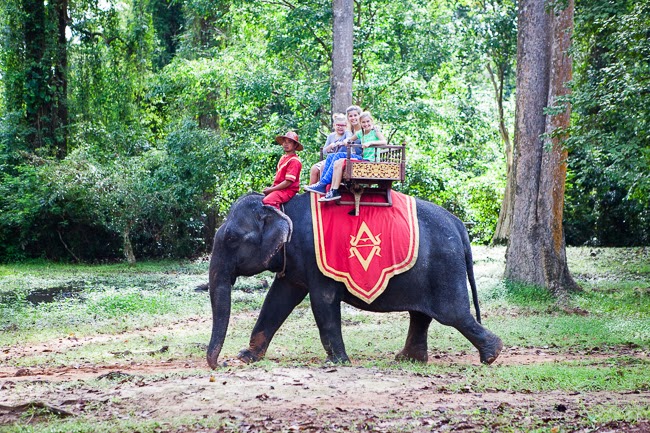 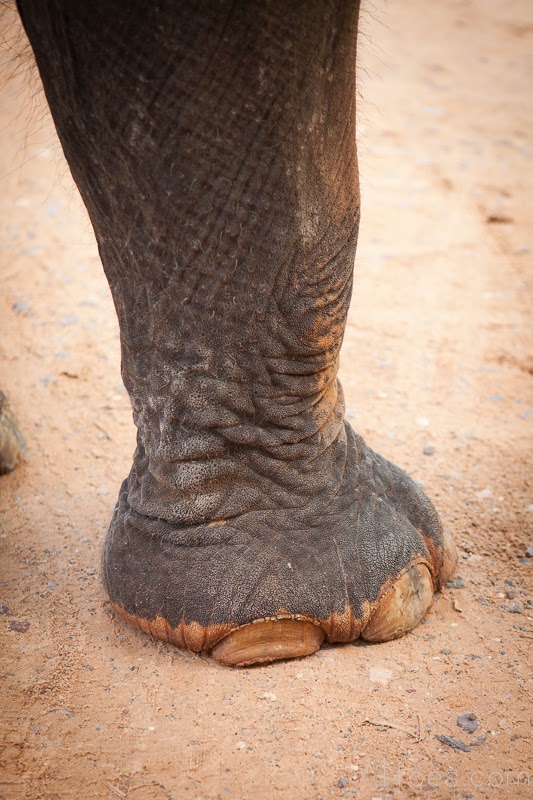 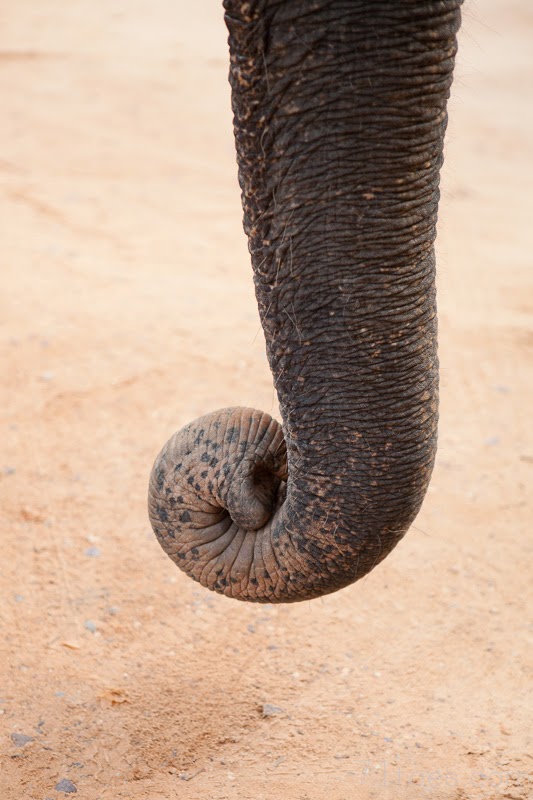 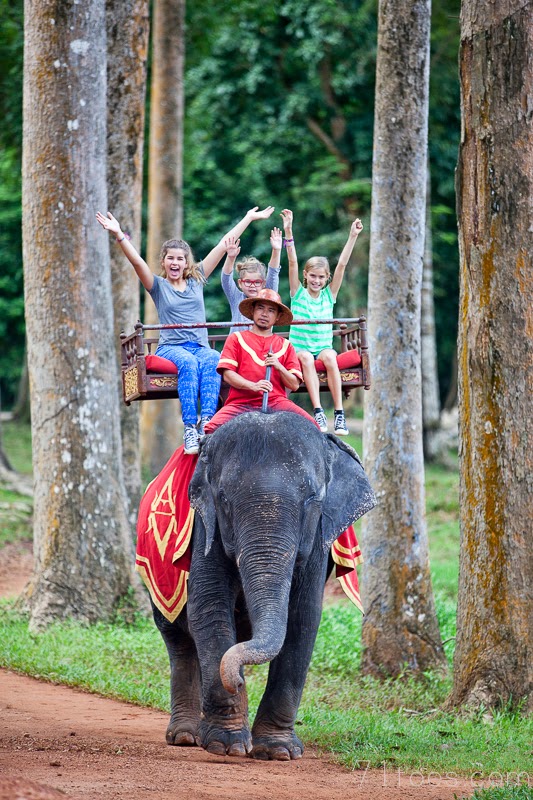 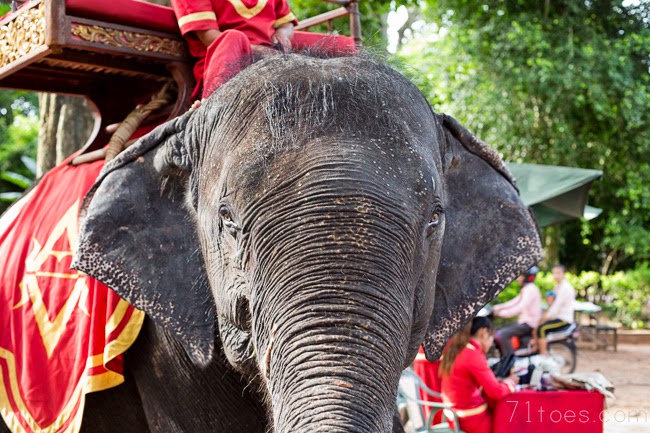 After a lot of temples (more on that later), my friend found this great place for Lucy’s birthday cake: 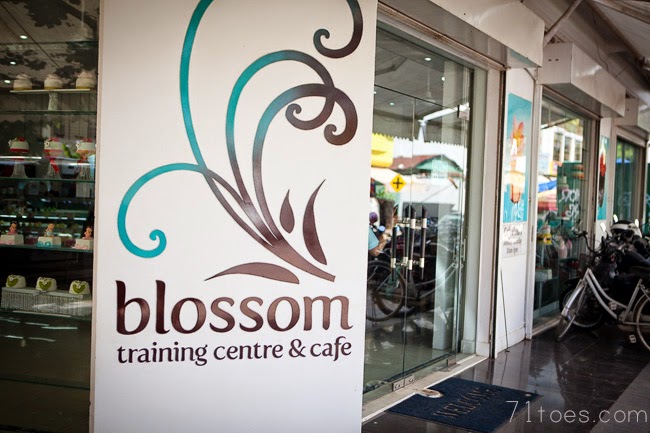 …right in the middle of Cambodia.
We swam to cool off a little bit: 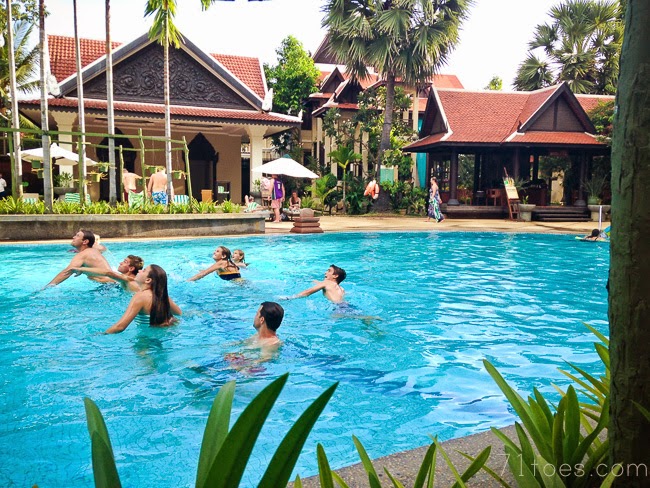 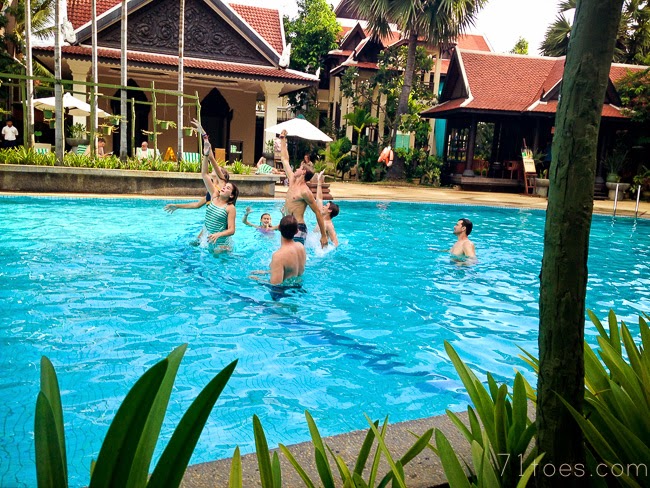 We went out to a little birthday dinner where the other kids gave her some sweet cards and gifts: 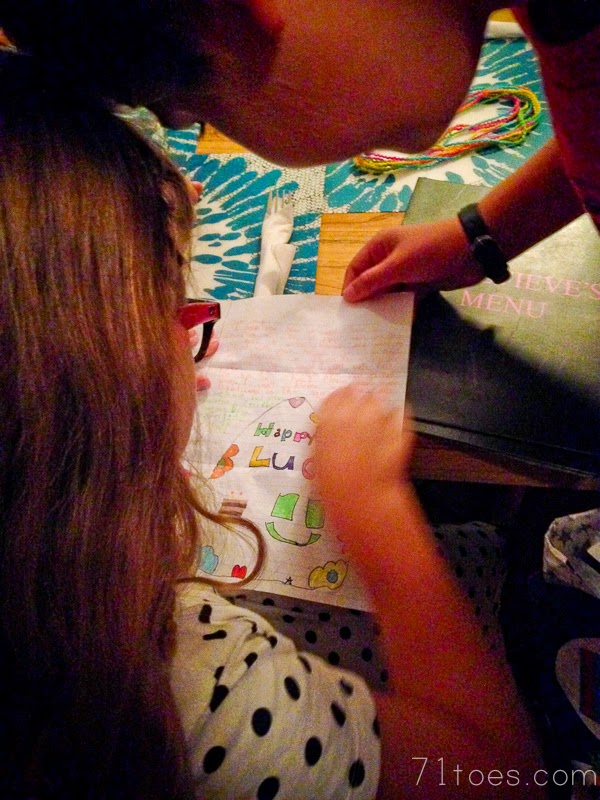 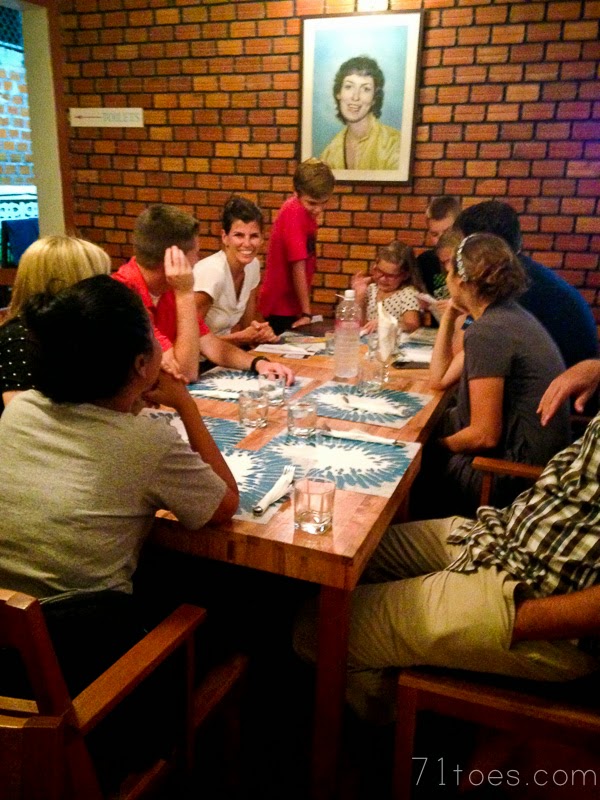 And then went back to the hotel for the “party.” 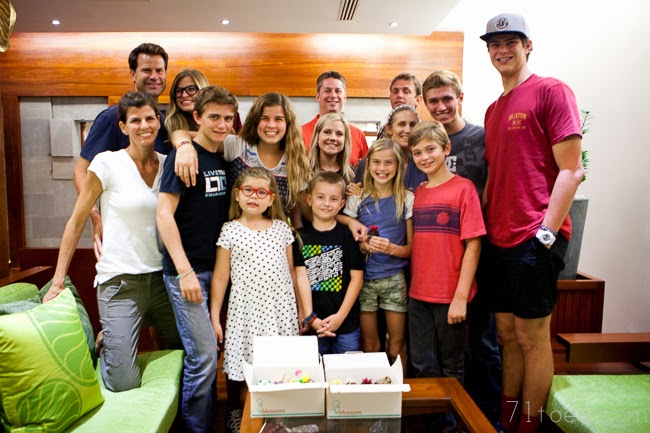 Those cupcakes went from this: 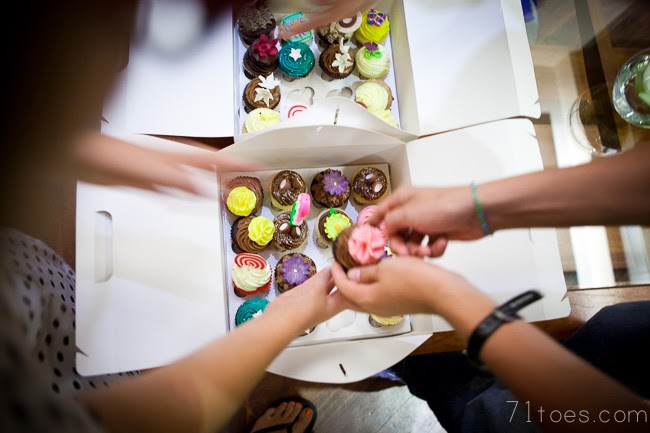 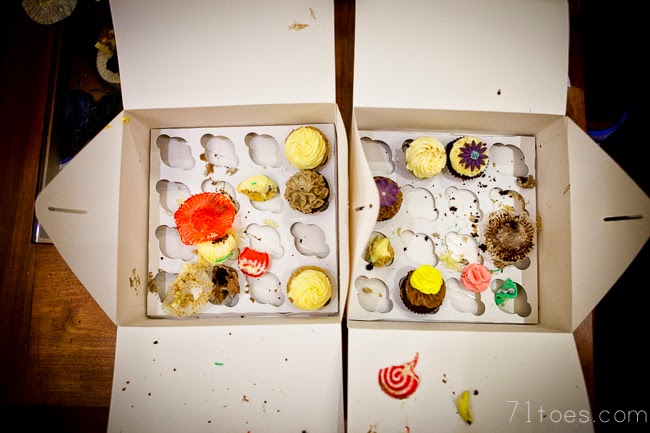 I loved her journal entry from the day (in the form of a letter to her friend): 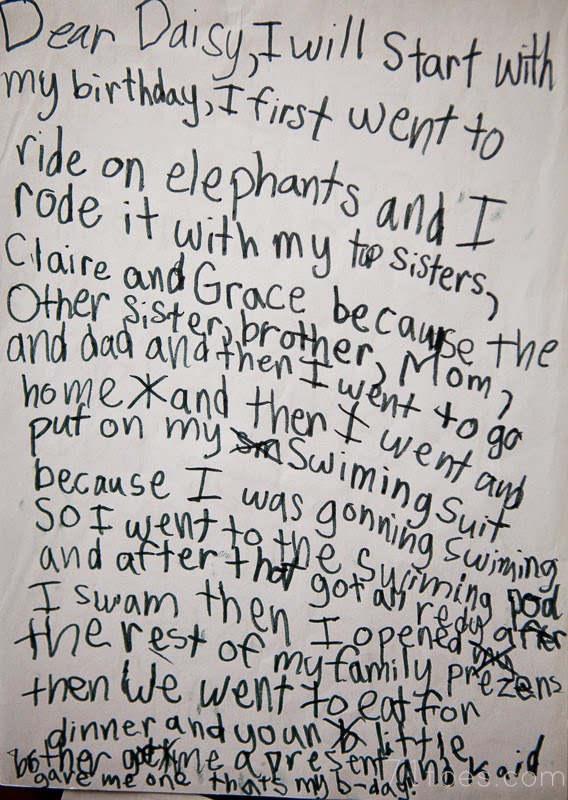 No mention of endless walking in hot temples.

Just a lot of excitement.

And a little “kriing” at the end 🙂 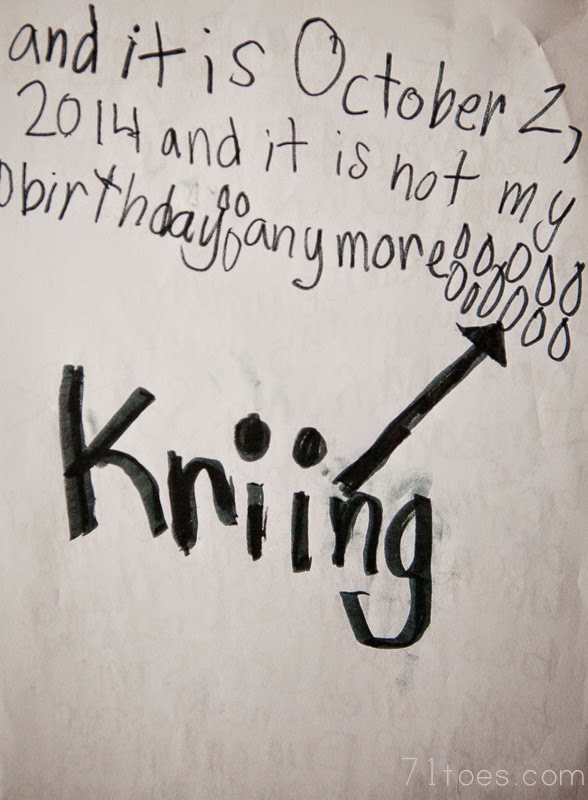 Oh man alive we sure love this girl of ours. 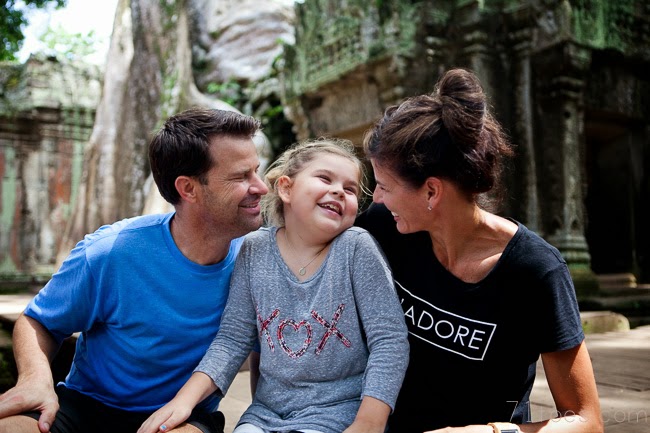 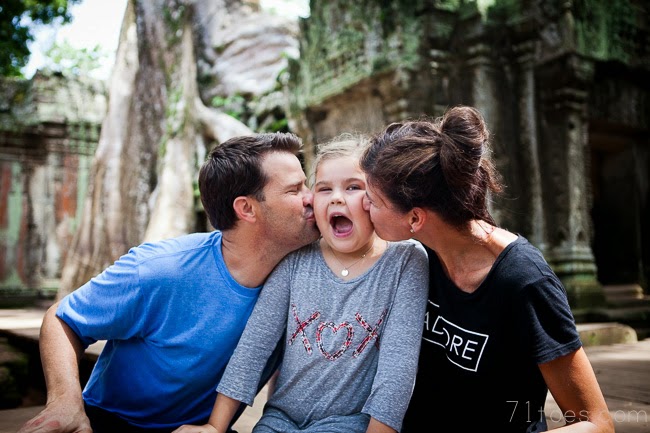