Home 22 and 24 all wrapped up together

June 25, 2019
We are HOME.
It is so strange that so much preparation and work and worry and excitement and planning is suddenly over and here we are back in the thick of things with dentist appointments, filling up the fridge, keeping the washing machine on repeat rinsing out two weeks of dirt and mud.  We are so grateful for running water and a refrigerator and a car and paved roads, but we certainly left giant pieces of our hearts in Uganda and Kenya and I have so much to write to keep all those memories close!
We just got home last night so my brain is still foggy and I’m trying to figure out how in the world to record all that happened in all that time away, but for now I just want to say two things.
And both are centered on this guy: 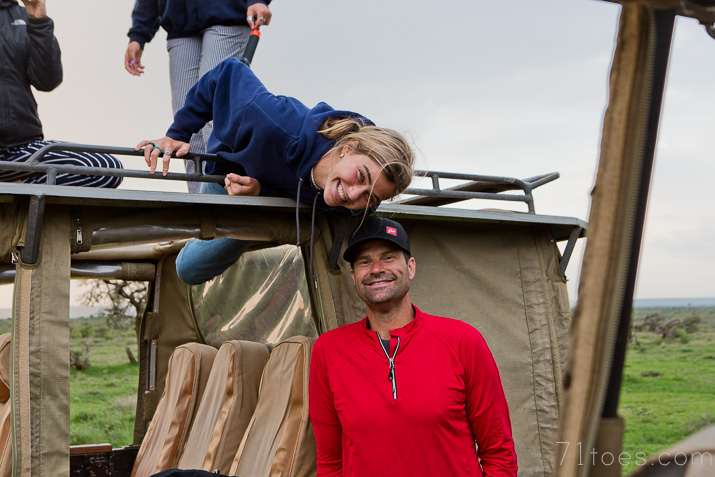 The one who doesn’t like to be written about a whole lot on here.

But it was Father’s Day while we were gone.  Father’s Day that signified TWENTY-TWO years of dad-hood in his book.  And we were in a little camp with no internet so I missed the Father’s Day posting frenzy (which he couldn’t care less about), but I have to take a minute here to sing his praises.
Because he is the best of the best.  And I think this Father’s Day will be one for the books, not an easy one to forget, filled with stuff like this: 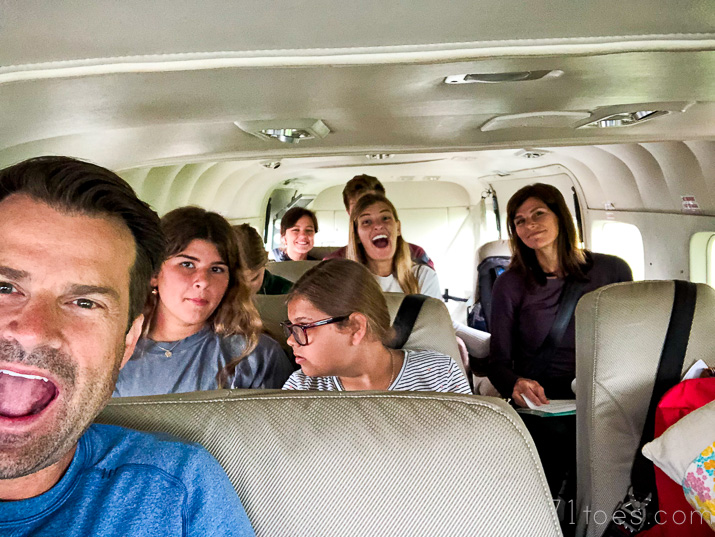 (that’s a teeny tiny airplane up there), to get to our camp to see stuff like this: 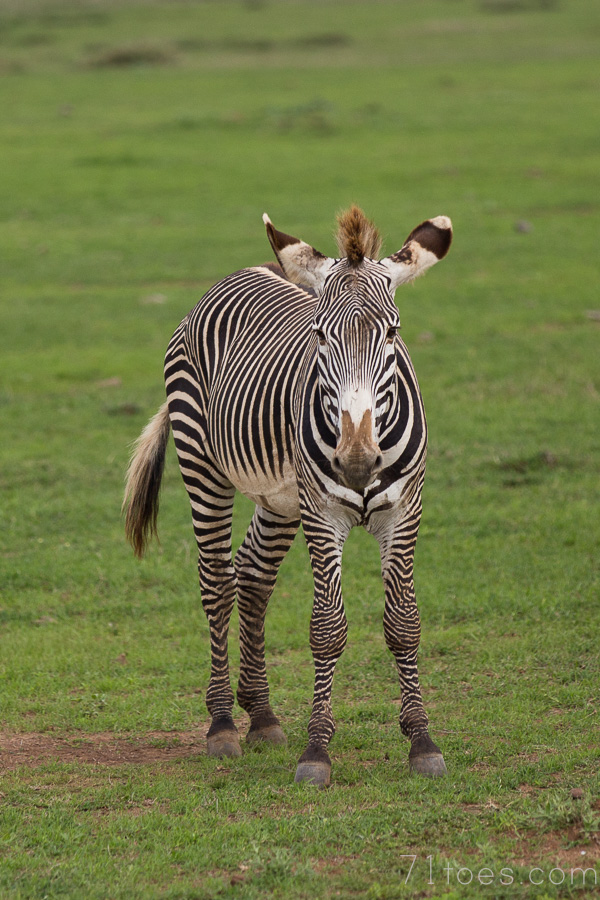 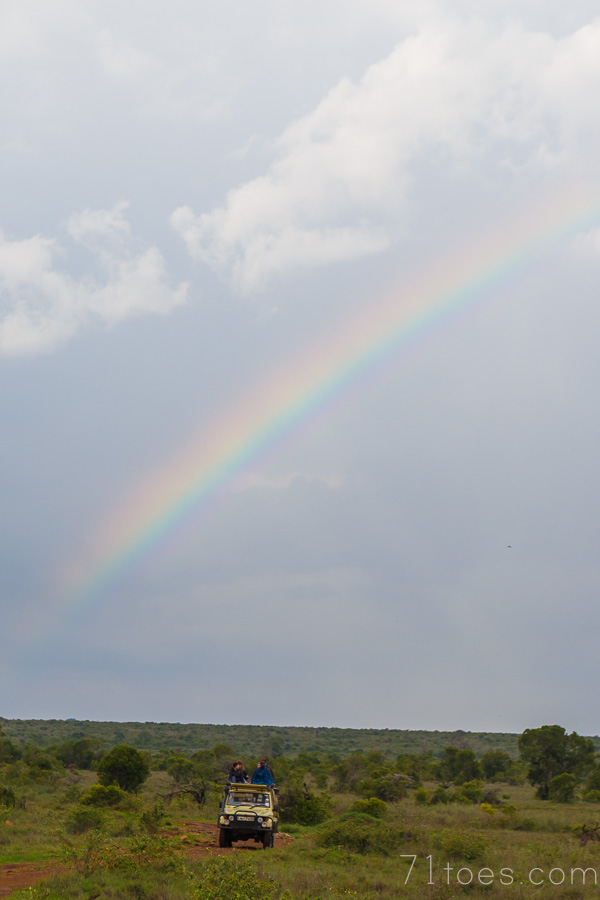 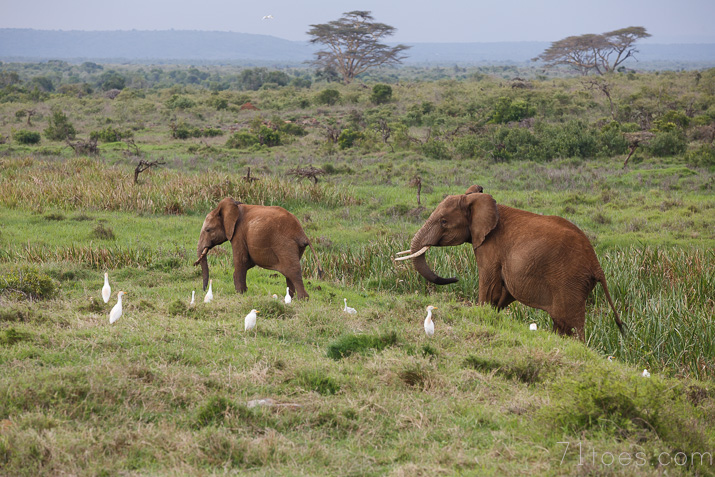 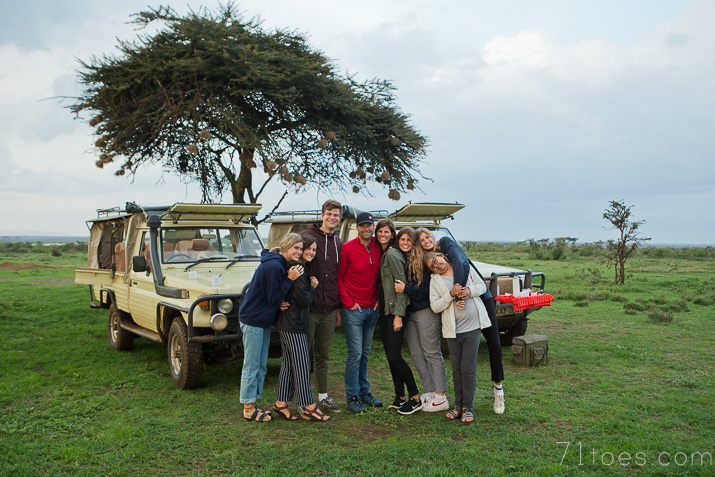 We had to do our traditional dad pic. with each of the kids: 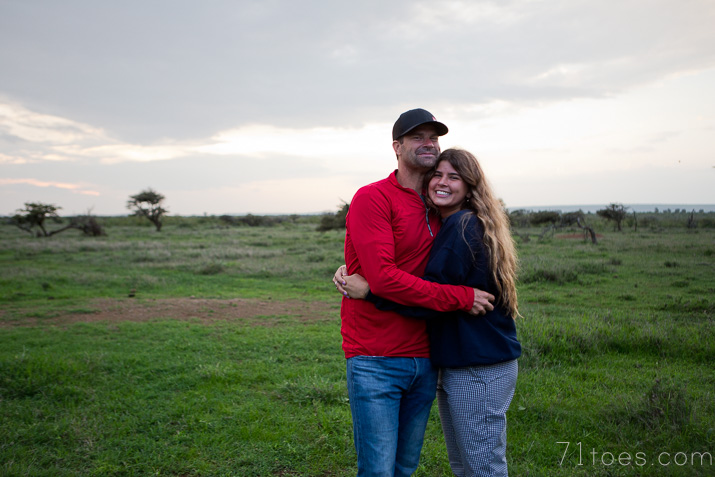 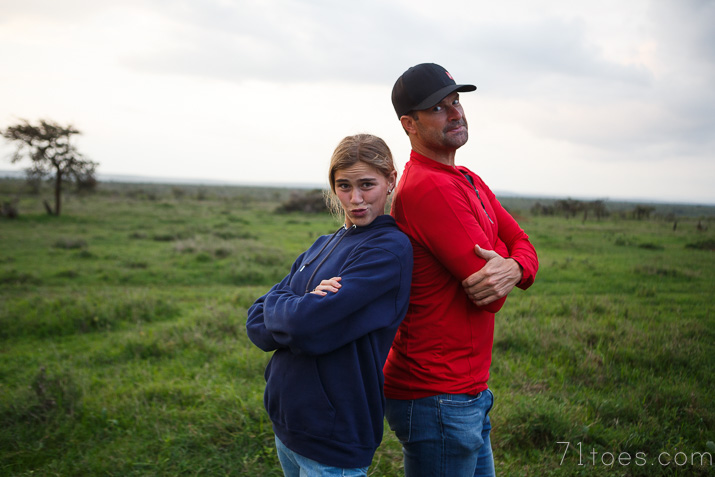 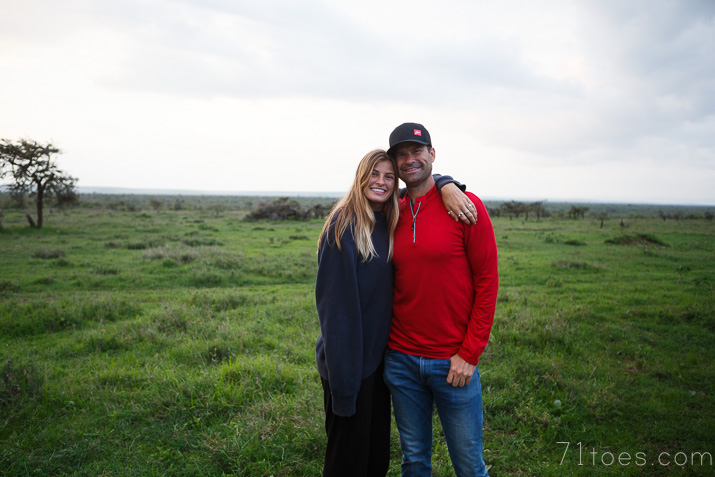 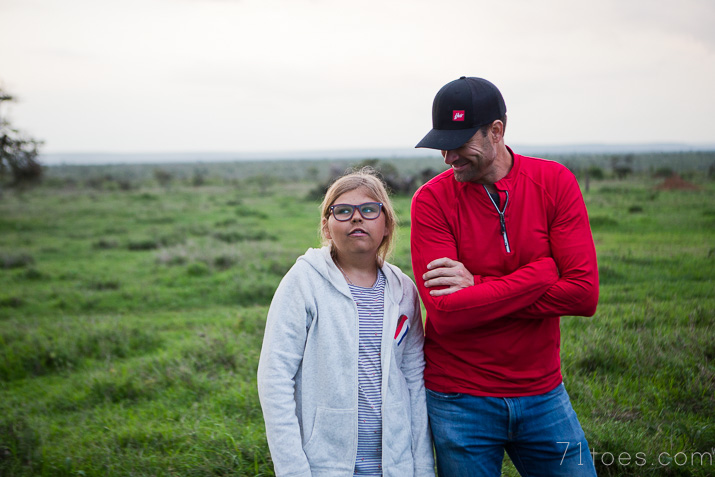 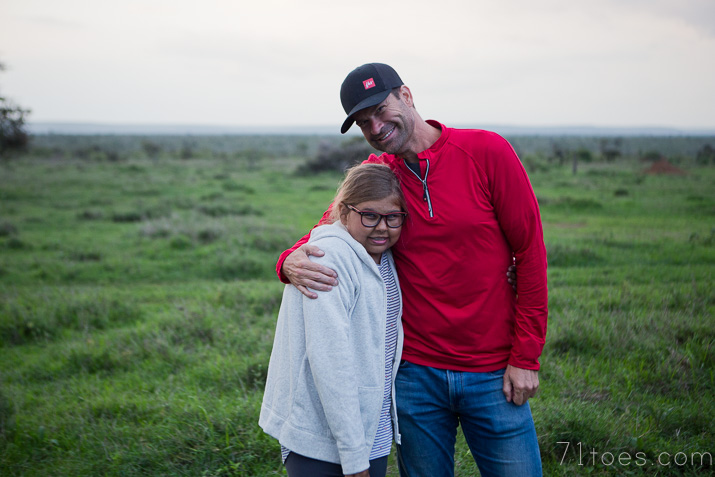 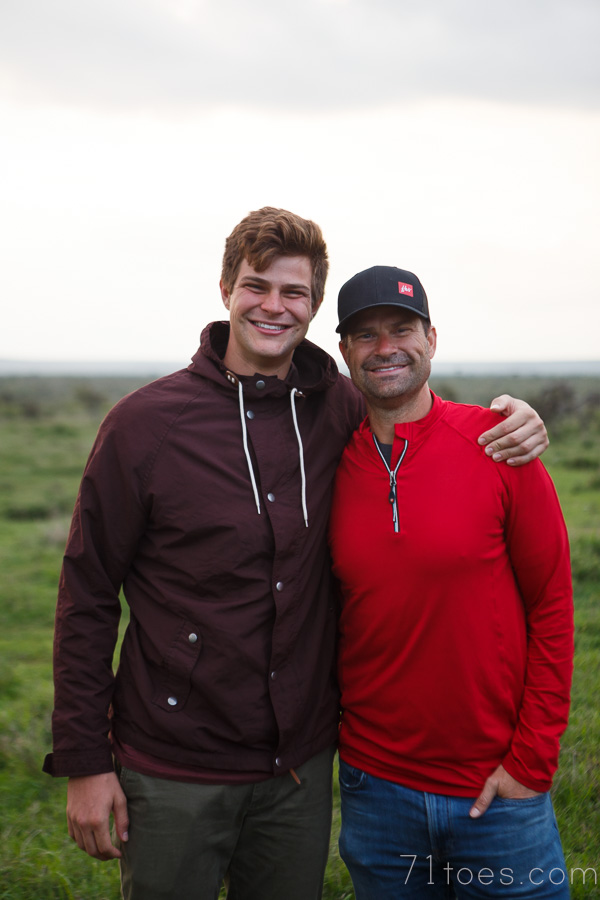 First Father’s Day of an in-law: 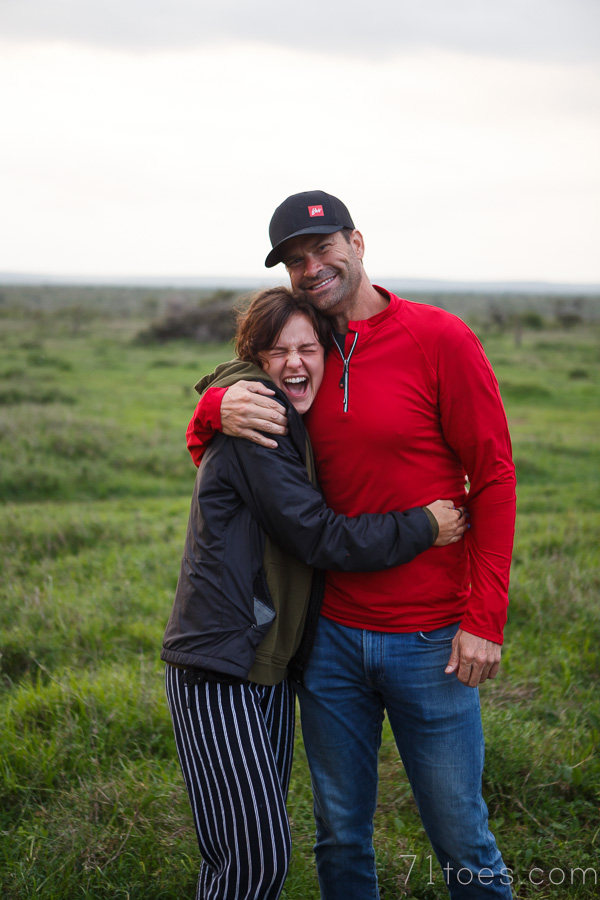 (He sure got a good daughter-in-law 🙂
And as long as we were getting pictures, I figured we better get one with his parenting partner: that crazy lady who brings his best parenting out since he has to combat her often-times irrational and wild ideas 🙂 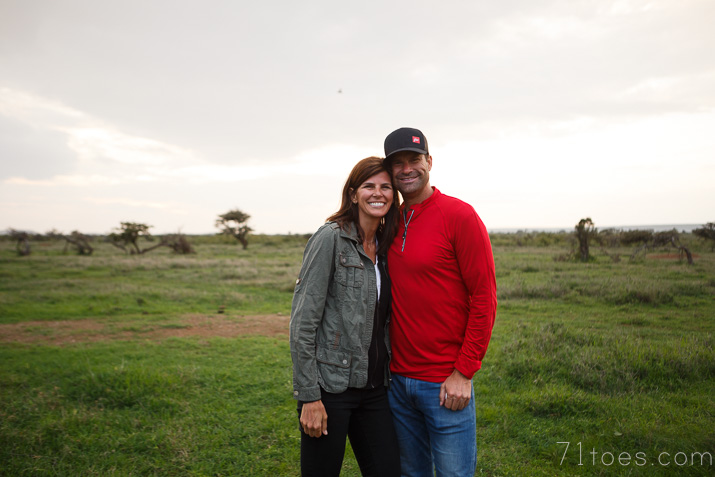 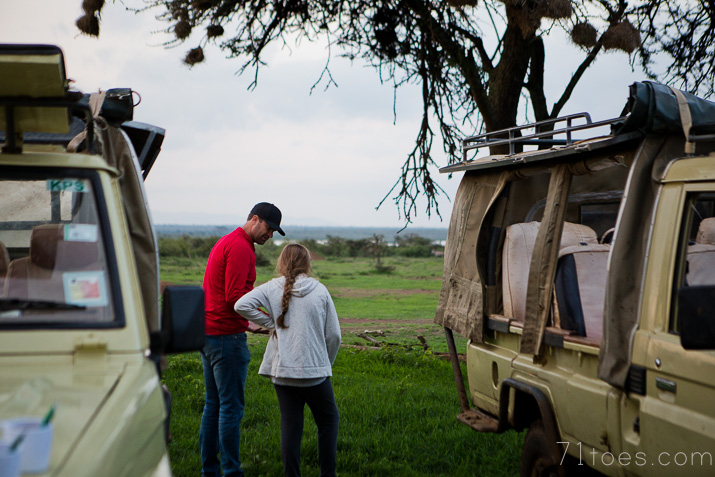 …but when we were talking about our favorite memories of the whole two weeks around lunch on our last day, Lucy said that up there under that tree was one.

And also this one: 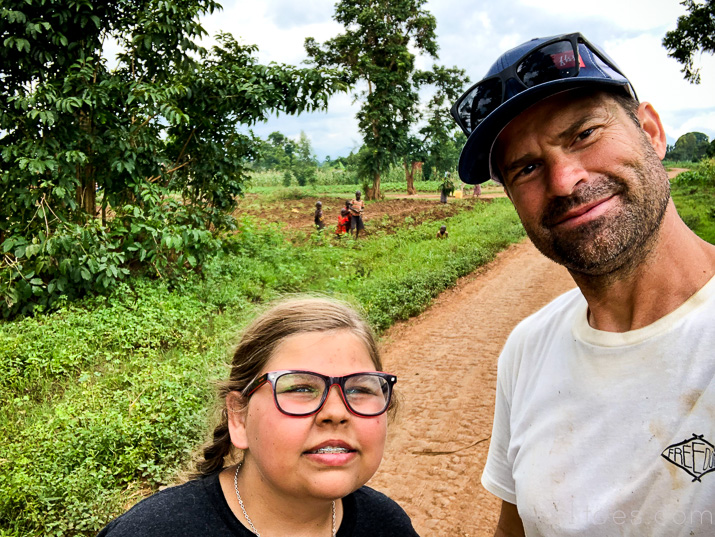 That’s when they were walking together to the school where we were working in Uganda.
It’s just a perfect depiction of Dave’s fatherhood that those would be Lucy’s two favorite memories of all the things that happened.  Because he just knows how to make things fun.  He is wise.  He is kind.  He is deeply protective.  He knows how to make things happen.
He adores his children.  And they feel that sincere adoration.
Lucy worked her heart out on a banner for him: 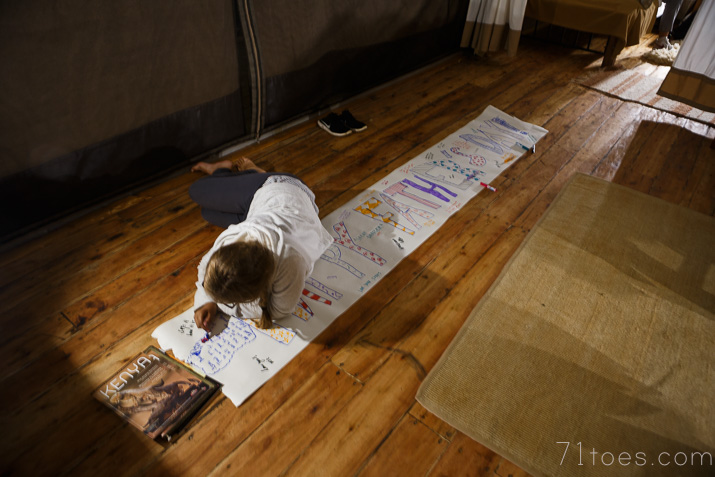 Along with everyone else who wrote such nice notes on that thing. 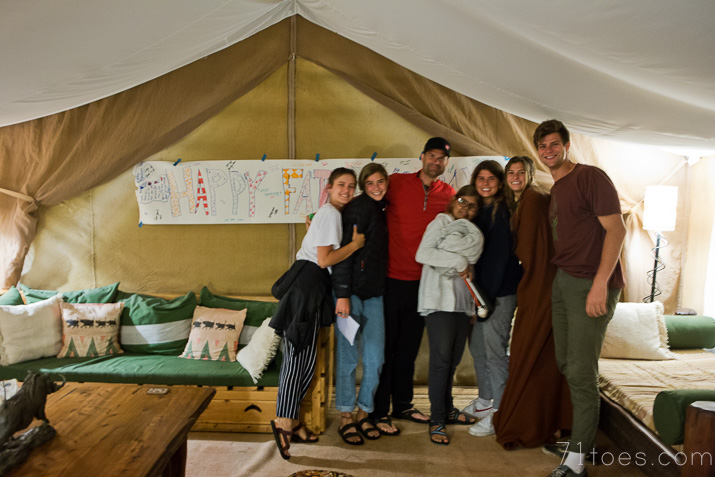 We closed out the day with dinner and games in our little camp in the middle of Kenya. 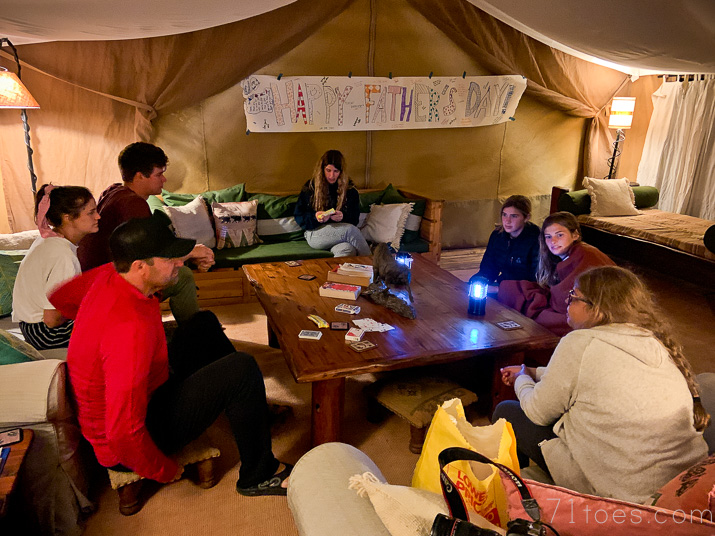 Yep, it was one for the books.
The second celebration we had was at the very end of our journey:

Yesterday we celebrated anniversary number TWENTY-FOUR.  And what a way to celebrate.
We were actually on a twenty-one hour plane ride (divided in two parts with a layover in London), but this was right before all that traveling: 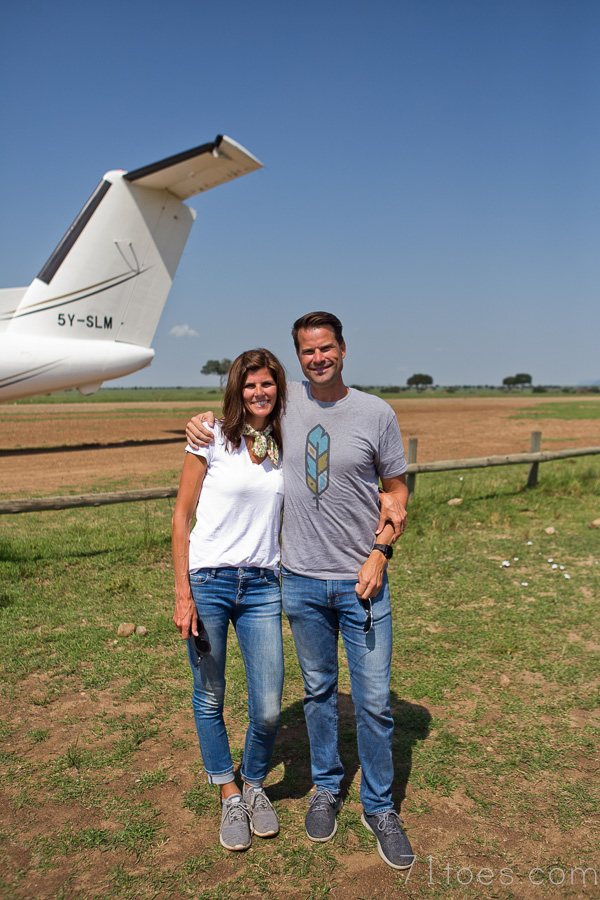 Just me and my lover I’m so grateful for, on a dirt runway in the middle of Africa.

We looked at each other during all that travel home, on the real-deal anniversary day and smiled big, knowing smiles.  “We’re doing it, Harry.”  (a quote from a movie we like to laugh about).
Without getting too mushy I’ll just say that decision I made twenty-four years ago was the best one I ever made.  I’ve been married to him now for over half of my life and what an adventure it has been.  So glad we get to be together for the ride.  Love him forever.
4 comments 0 FacebookTwitterPinterestEmail

Utah for a minute

Your adventures are amazing and you are an inspiration as a mother! Happy Anniversary!

What an amazing way to celebrate your anniversary! Congratulations! xo

Your photos are lovely!
What an adventure for the body and soul!

After spending a week in the hospital with my Dad…this brightened my day. Your family adventures are always so fun. Such a great family. Thanks for sharing your adventures with us.