the story of Rainbow Dash

Once upon a time there was a little girl who was dying to have a sock monkey like the one her big sister had. And there was a mother who wanted that particular girl to concentrate on her summer jobs and goals. So they sat down and made up a plan to earn enough money to buy that $5 monkey. That determined girl sat down and read books. She cleaned the house. She saved up her quarters. En route to California that little girl finished her last books to earn her last quarters.  Finally she got to buy that kind of funny monkey she had been longing for. 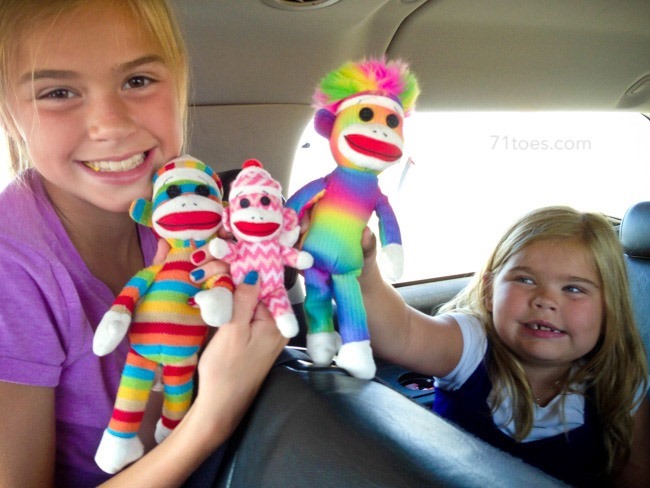 She held it close. It took over in the line of favorite-to-sleep-with-toys that began with Dora. And moved to her stuffed Ariel doll. And then to a mechanical puppy dog who she named Elizabeth and promptly had to be reminded over and over and over and over again what that darn name was. Next in line was Sleeping Beauty. And finally her new love “Rainbow Dash” who she re-named a few times but her family stuck with Rainbow Dash. As she was falling deeper and deeper in love with that monkey of hers, she insisted on bringing it on a family bike ride to the other side of the island where they were staying. She walked out on the pier with her family and somehow that poor monkey of hers jumped out and fell in the water. 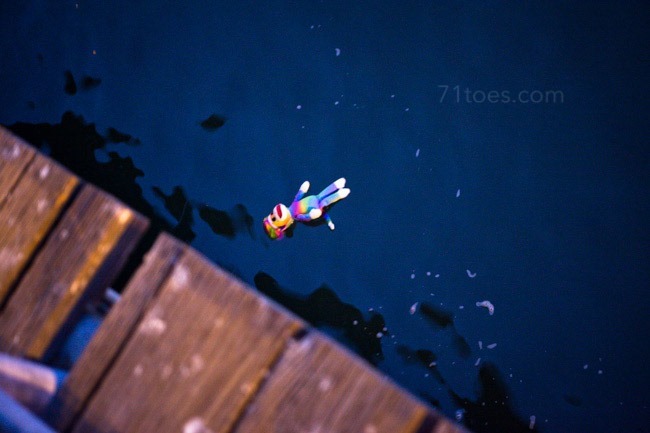 Tears burst forth from that child’s eyes so quickly and with so much force that the whole pier knew about that poor lost monkey “swimming” in the dark water below. Her mother frantically tried to figure out a solution as her sisters tried to console her explaining ways she could earn another one. Her mother asked the fishermen on the pier if they happened to have a net. No luck. She frantically asked the ferry workers if they had any ideas. No luck. She was almost resigned to giving up until she spotted a water taxi driving up and wondered if the driver would be nice enough to grab that floating monkey. 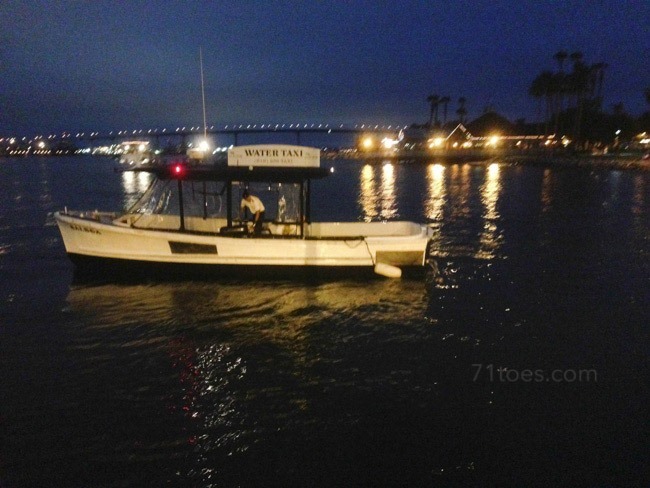 The driver’s name was Brian and boy howdy was he nice and willing to save the day. He exhibited his excellent driving skills and fished that little monkey right out of the water. The whole pier clapped and clapped as he saved the day. The little girl wasn’t the type to remember a lot of names, but at that very moment the name “Brian” was sewn securely into her little heart. The little girl and her {somewhat wet, mangy} Rainbow Dash reunited with glee. And that monkey earned the front and center spot of each picture they took that summer.

a sure way to find happiness

gratitude for my conscientious school girl

some birthday surprises and 16 things I love...

how in the world can Lucy be turning...

a mighty miracle found in a team of...

a heaven-sent solution to the great alone

Oh this is just adorable. Soryy Rainbow Dash had a momentary lapse of judgement and jumped in the water, but it was so cute to see those big, smiling cheecks and happy face in the end. Good on ya brian for saving Rainbow Dash.

Oh my goodness—what a great story. So happy it all turned out okay in the end. You could write a children's book based on this experience. 🙂

So sweet. She will probably name a son Brian one day…:)

Great picture of the ferry landing! Glad to hear that Rainbow Dash made it out of the bay!

I love how I THINK I hear an older sibling in the background audio ask "It wasn't your fault? Who's fault was it then??" Gotta love older siblings for 'keeping it real.' Great story.

awwwwww I love the story and the footage! I've been reading for a few years so I loved hearing her talk so beautifully! preciousxx