Home Children for Children concert and a little extra independence

Children for Children concert and a little extra independence

March 5, 2019
As I talked about back HERE, sometimes I’m quick to jump in and take care of things rather than foster more independence in my children.
Oh, they’re perfectly capable of doing things all by themselves, but often I jump in too quickly to help when it’s really not necessary.
When my kids would actually benefit more from me taking a step back rather than a step forward.
I am painfully aware of this and trying to mend my ways, but sometimes it’s just so much easier to do things myself rather than train and explain, train and explain…over and over again.
This year I was forced to take a step back on our annual cul-de-sac “Children for Children” concert.
Traditionally we put on this concert at Christmastime, but this year we just couldn’t quite manage to fit it into December with all that wedding stuff going on.
So we waited, not only for our dust to settle, but everyone else’s too, (December is so busy) and planned for a date near the end of January.
But as luck would have it, Lucy and I had to be in Wisconsin for some doctor appointments right on the big day of the concert (complicated timing that couldn’t be changed).  So my girls were really on their own…along with these cute cul-de-sac neighbors of ours: 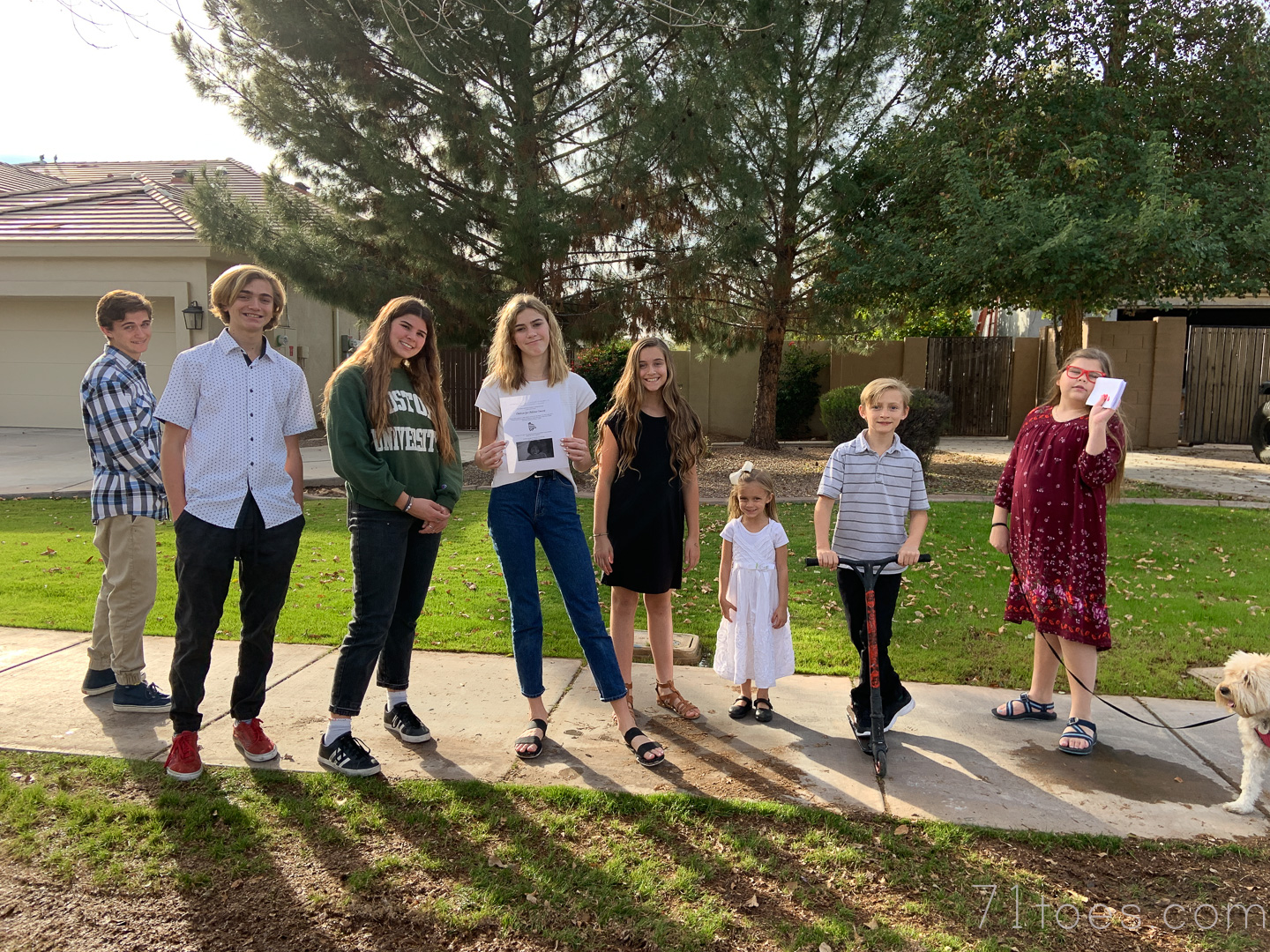 …who walked around one Sunday afternoon and handed out invitations to all the neighbors we didn’t have email addresses for. 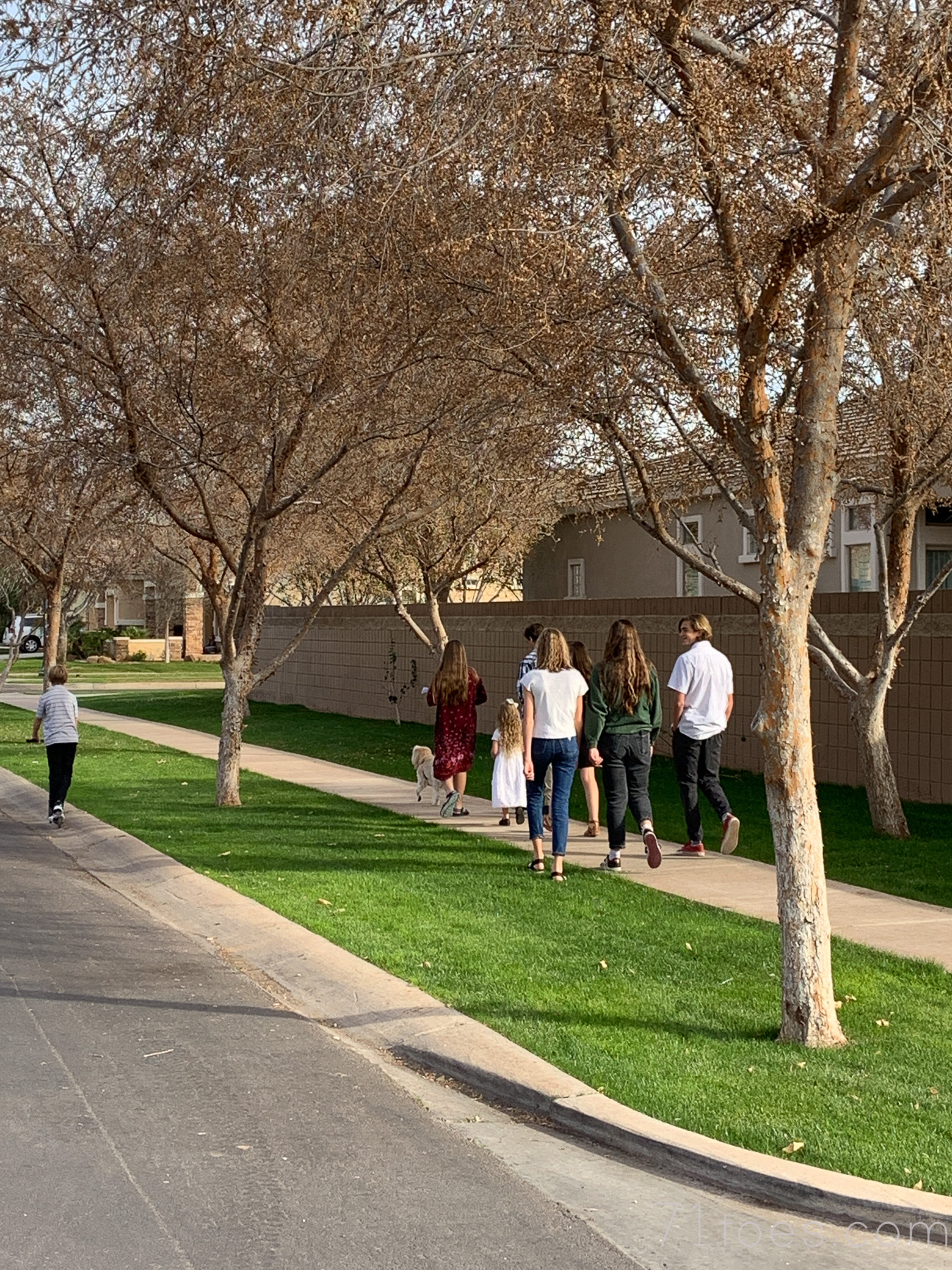 I didn’t just leave them high and dry, of course.  Dave was here (although he’s sensibly very hands-off when it comes to this concert), and my neighbors Brynne and Mike (who happen to be the most on-the-ball people I know) were here too.
But we all agreed, these kids have got this!  We’ve done this for four years now and they know the drill.
And you know what?  They did.  They met before the concert to manage desserts and pass out invites and decide who would conduct, who would make the program, etc.

They helped set up chairs.  Mike and Brynne’s daughter did a fabulous job managing the RSVP’s.  And they had a beautiful evening filled with good talent… 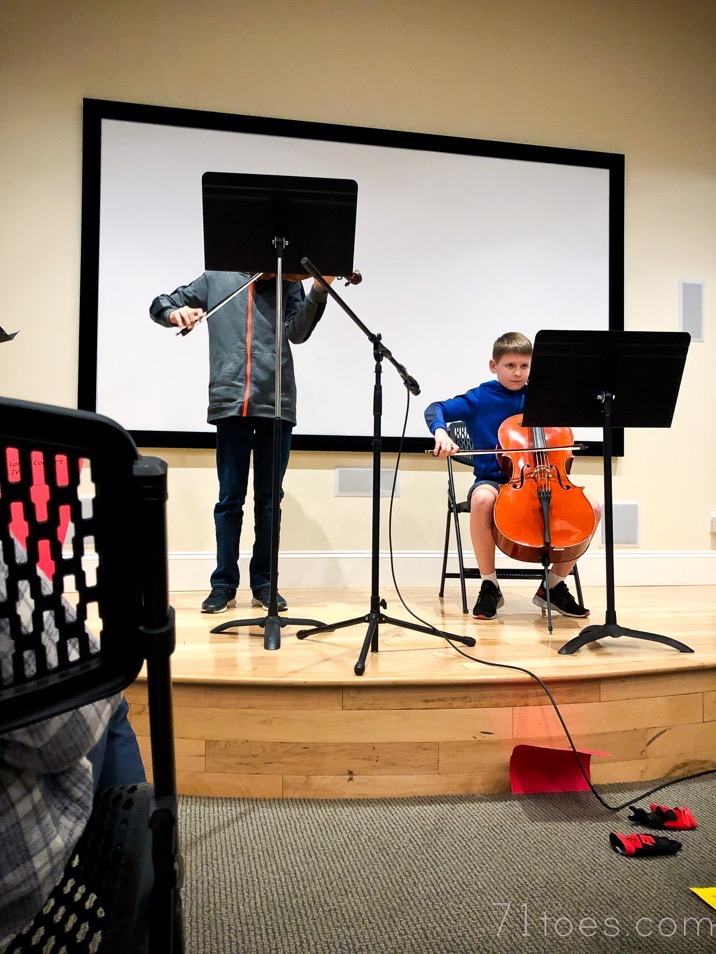 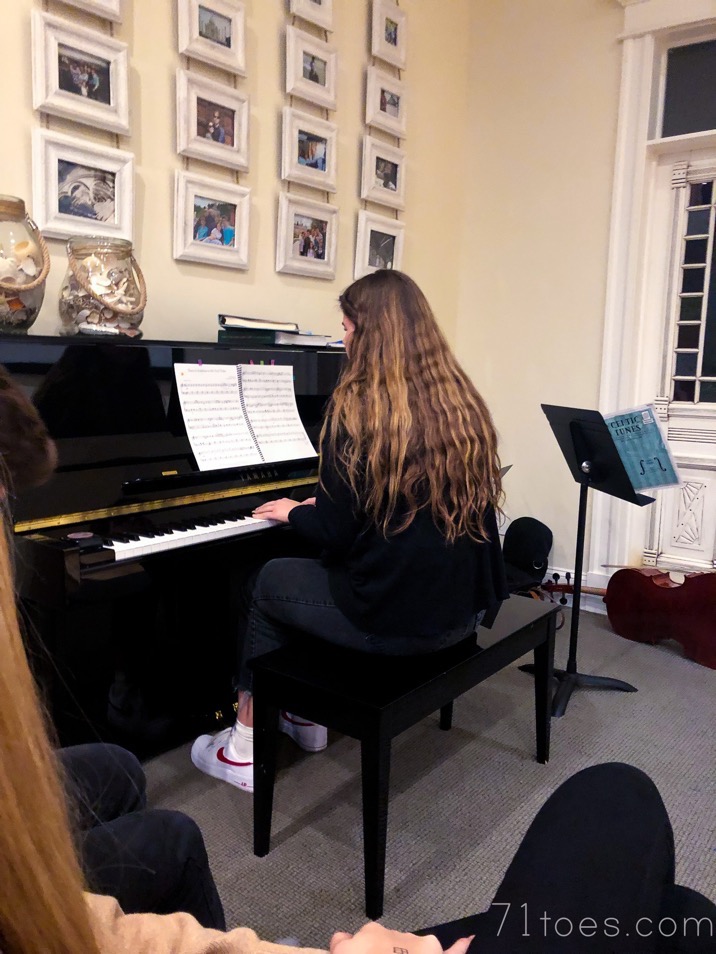 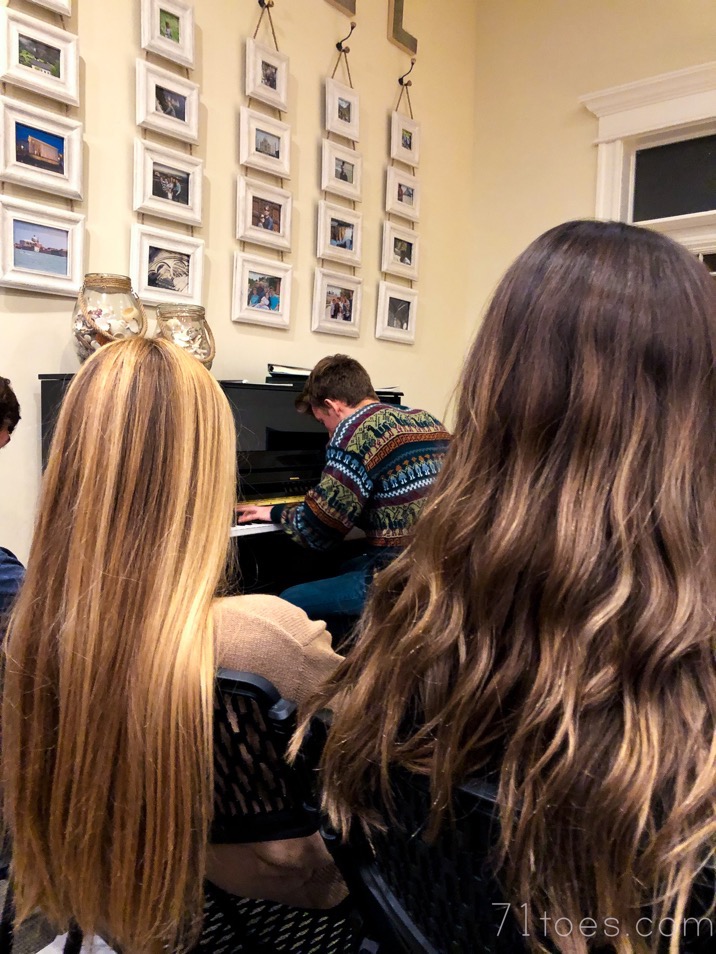 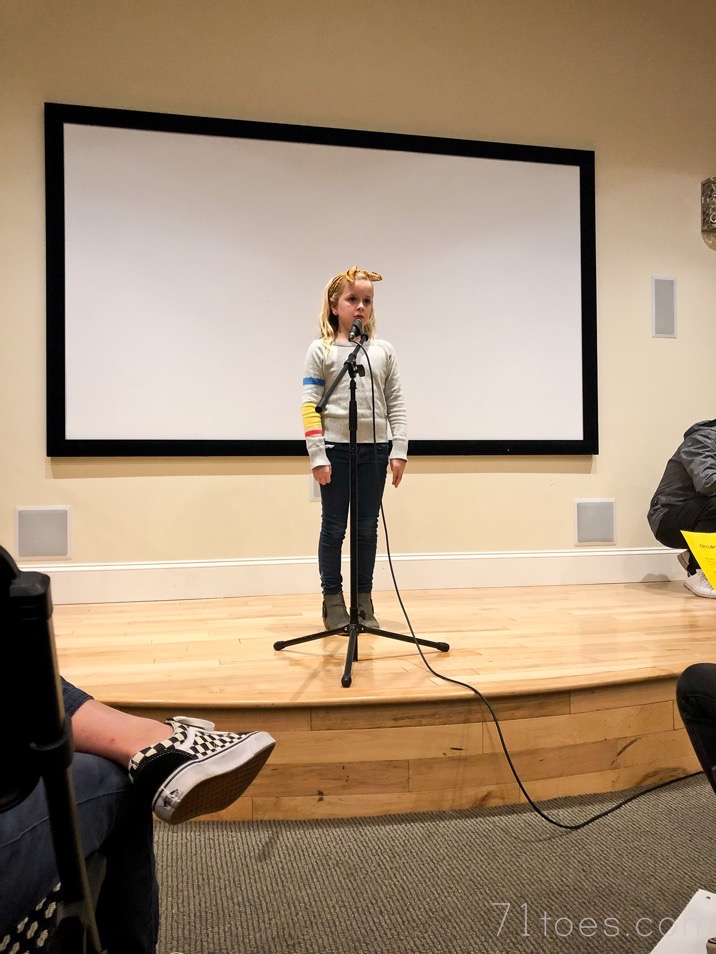 …as well as so many good parents who supported those kids and were willing to make generous donations to a worthy cause.

This year they (not “we” because I sure didn’t do anything) raised money for a really cool organization in Bolivia called Yapay. 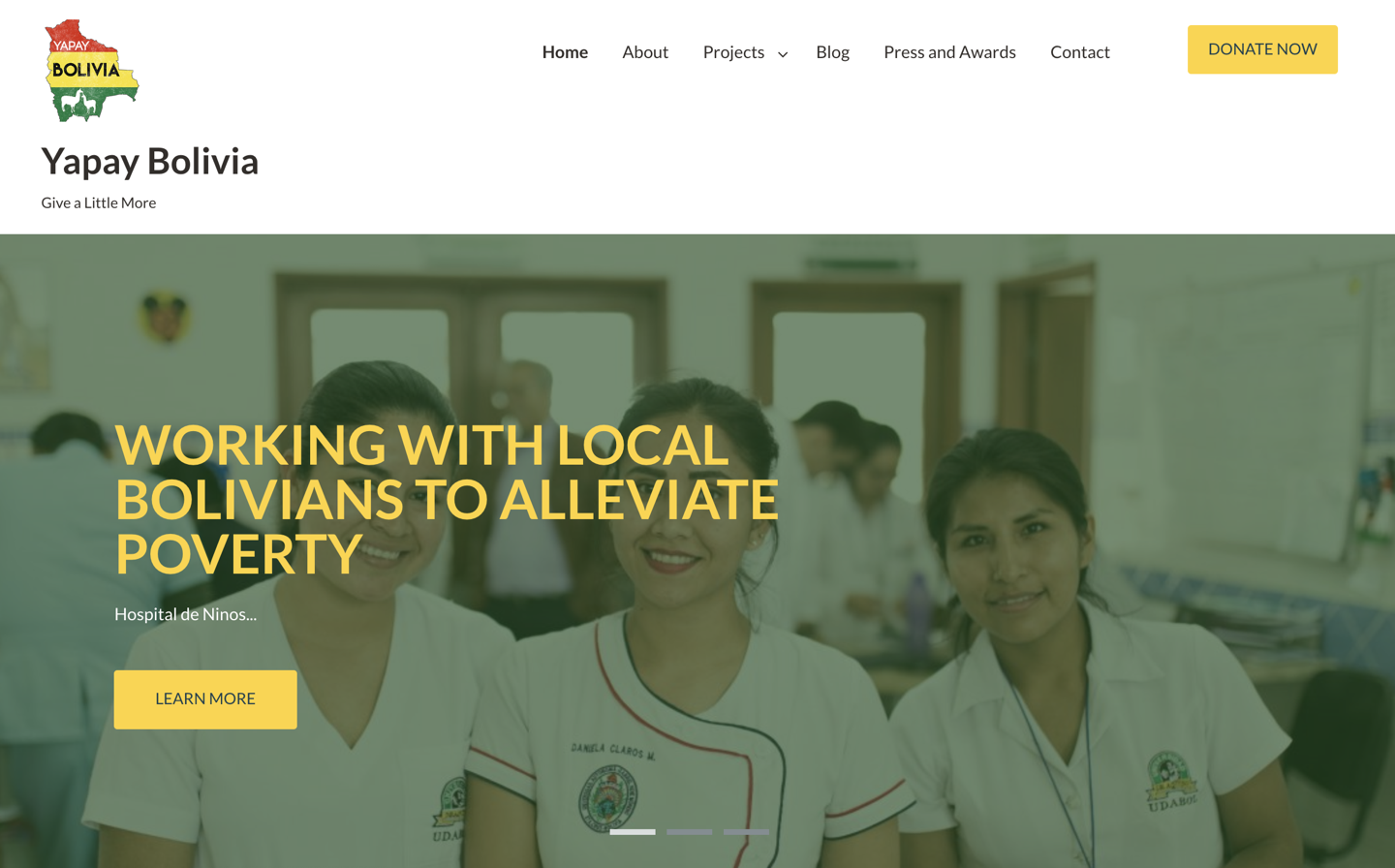 The website filled with so much good information and some videos is HERE.
A not-so-hot-quality-pic-of-the-computer-screen picture of the invitation Claire whipped up: 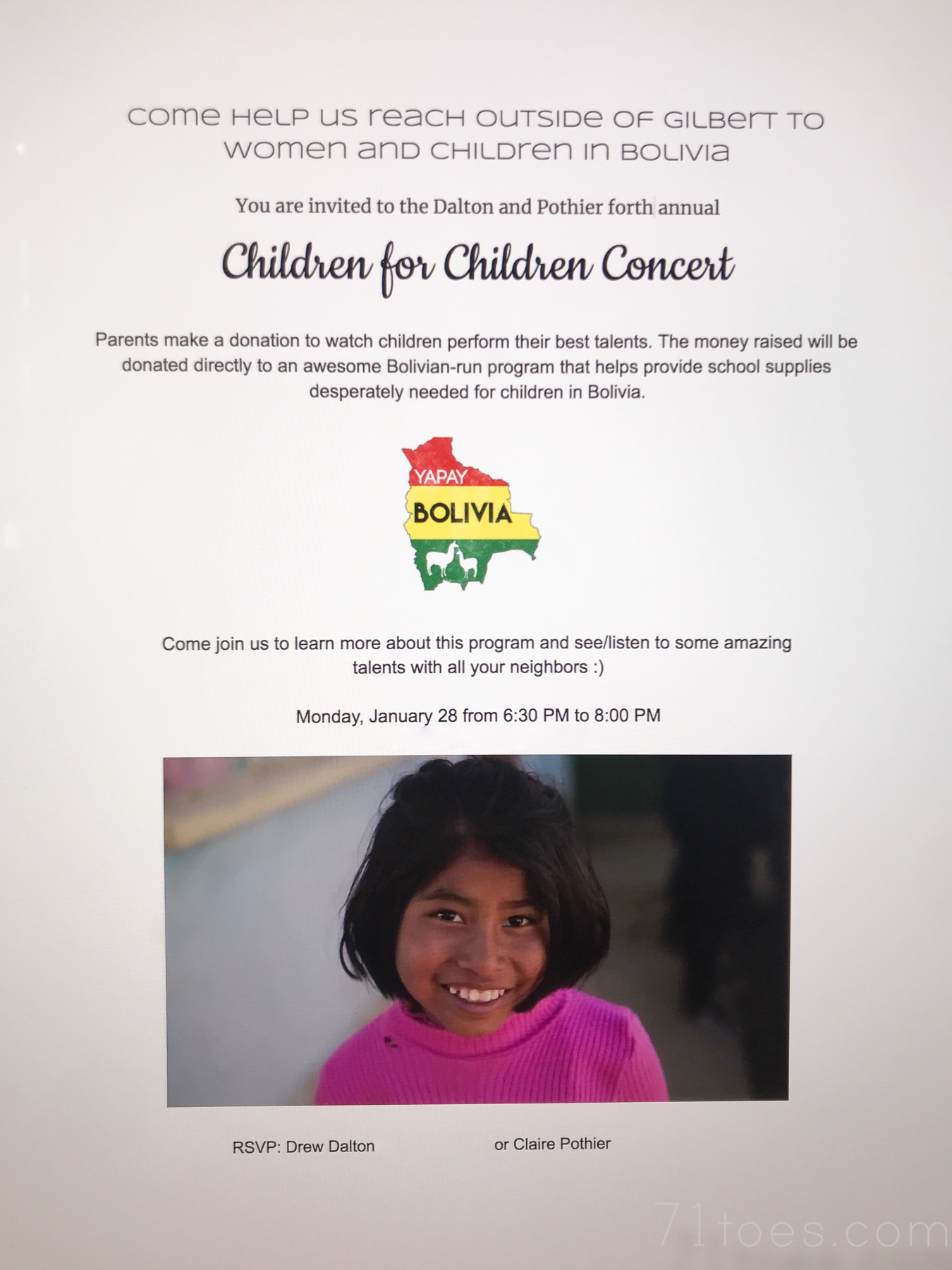 I got some great reports on the beauty of the wonderful talents shared, how well the kids managed the whole deal, and how happy they were when the counted the donations at the end…their eyes wide and lit up from the generosity of so many. 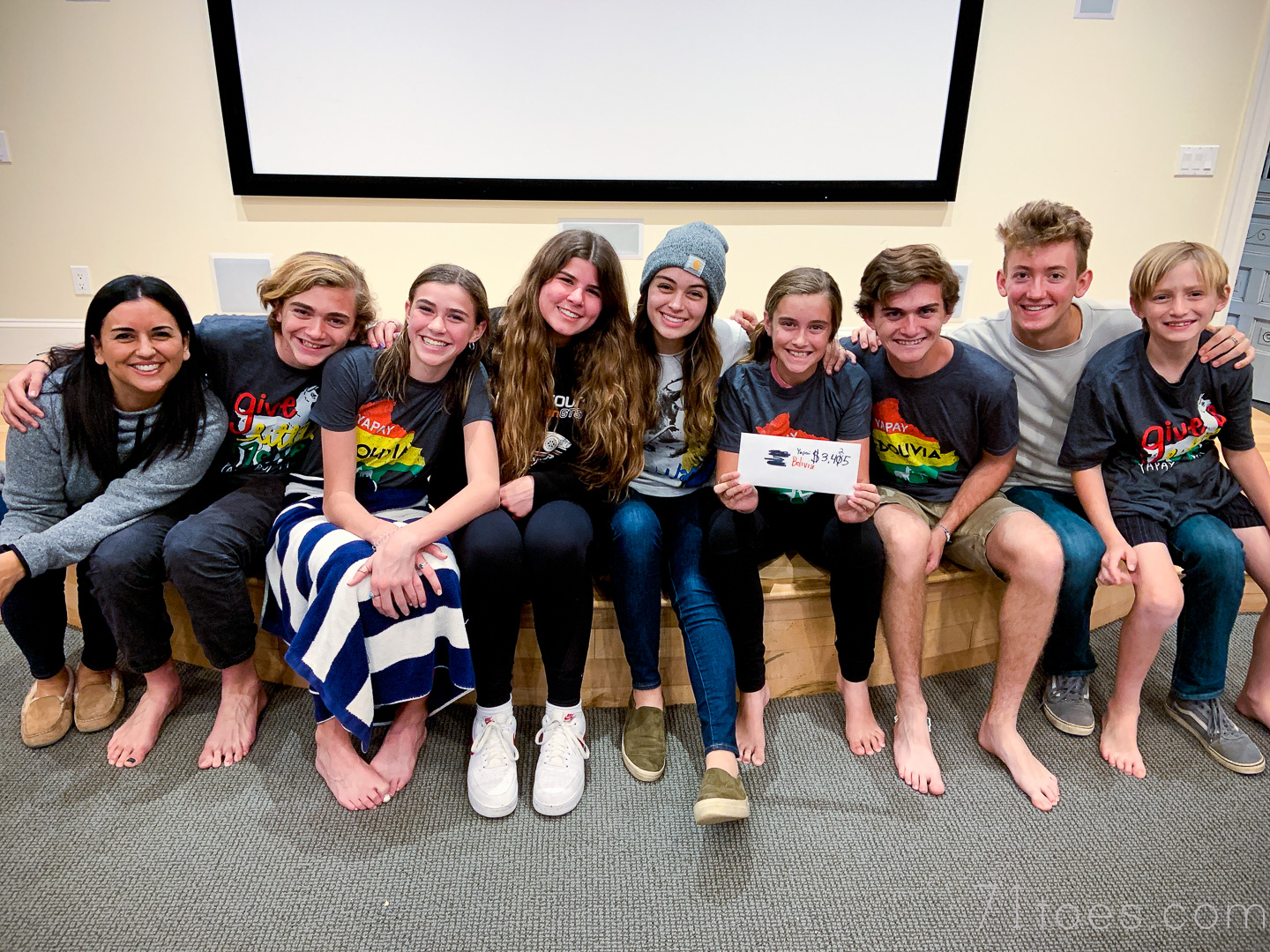 So grateful for this tradition my parents have handed down to help kids be more aware of the larger world around them and the needs they can lend their hands in, whether in big or little ways (I think the majority of my siblings do their own form of Children for Children concerts with their own children…more on how that came about back HERE).

the rest of our volleyball trip