Max and his hair.

He’s a go-with-the-flow kind of guy.

Let’s face it, he kind of has to be since he’s surrounded by so darn many girls. He just has to surrender to all the drama. 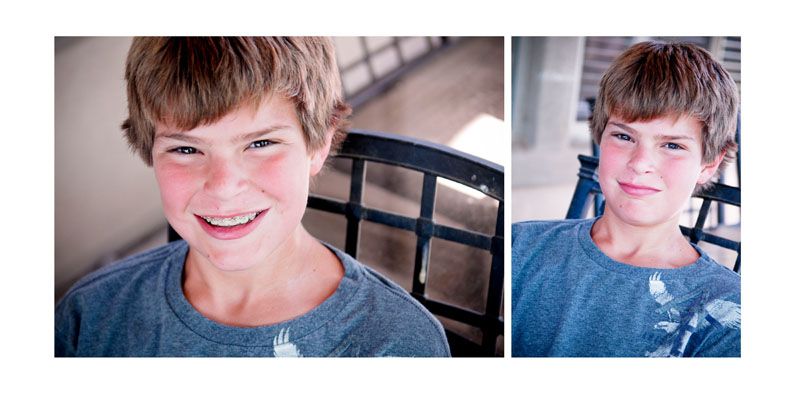 But he put his foot down about his hair this summer. We made a deal.

If I gave him a little trim before our family pictures, I’d let him grow out his hair. (He thinks the deal was to let him grow it until Christmas…hmmm…I think he’s definitely wrong on that one…I don’t need five heads of hair to braid and put in ponytails.)

Maybe his theory is the whole “Samson Principle”…the longer your hair, the stronger and cooler you are.

And maybe his theory is working, because wow, the school year started out with some serious attention from girls…and some serious confidence seeping out of that kid. He is head-over-heels in love with Junior High.

Long hair or short hair, man I love this boy.

I've made plenty of deals like that…it's only hair, I tell myself. He looks handsome..and like the typical junior high student. I pray buzz cuts will be back in style soon?

He looks DARLING in his longer hair!
I love it!!

Are you excited for our class???

You know me – the shaggier the better!!!

I LOVE his shaggy hair!!! I'm with Mrs. Ruiz- the shaggier the better 😉

what a great kid. i am with him on the long hair. he can go for the shoulder length? just have him do it.

Love you, Max, no matter what legnth your hair is!

I could not get over how cute he looked on Sunday! He has really grown up…I can see why all the girls are in love!
Angela Miner