baseball with some girls

There is something inside me that glows with satisfaction when we get out of the suburbs into the “big city.”  I don’t know what it is.  Maybe it’s the whole “Boggle mentality” I talked about back HERE on a teeny small scale.  Maybe it’s the feeling of being surrounded by more diversity and open-ness.  Maybe it’s because my heart swells when I see my daughter reach into her purse and give away her money to a homeless man and when she looks at me, her whole face sparkles with love.  Maybe it’s because I love to see the pure compassion in another daughter’s eyes when she looks up at me incredulously with sorrow as we walk by a man with no legs who smells horribly of smoke and alcohol.  Maybe because it feels free and different and spurs different kinds of conversations than when we’re just at home doing the normal routine.  Maybe it’s all of the above. Bottom line is that I like it.  I like it a lot. So last week when Dave was out of town and I found myself with a houseful of girls and six tickets to a baseball game we jumped on that chance. (Those tickets were compliments of our Pogo Passes that have magically given us entry into all kinds of sporting events and cool things in our area…I’m so glad we bought them.  Click HERE to find out more about how to get your own.) Max was gone, Elle and her friend were “much too busy” so Grace and her friends lit up when I announced we were leaving and those cute girls could come too.  Lucy, who does not like to leave the house for anything out of her routine, was not so happy about my plan, but we somehow magically cajoled her into hoping in the car with us anyway. 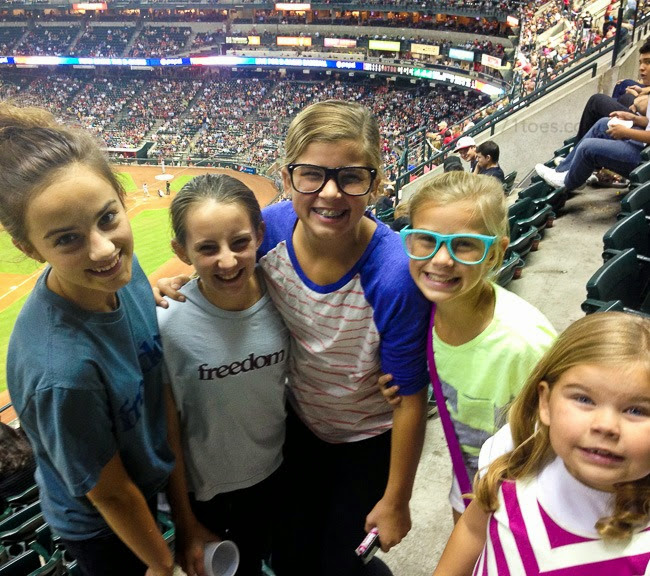 The girls, as I might have guessed, were much more interested in taking cool pictures on my iPhone than they were with the game itself. 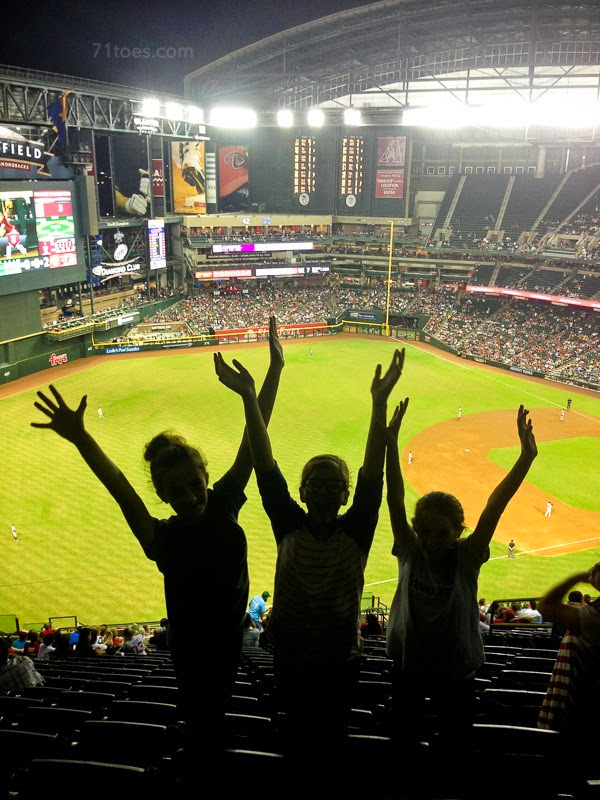 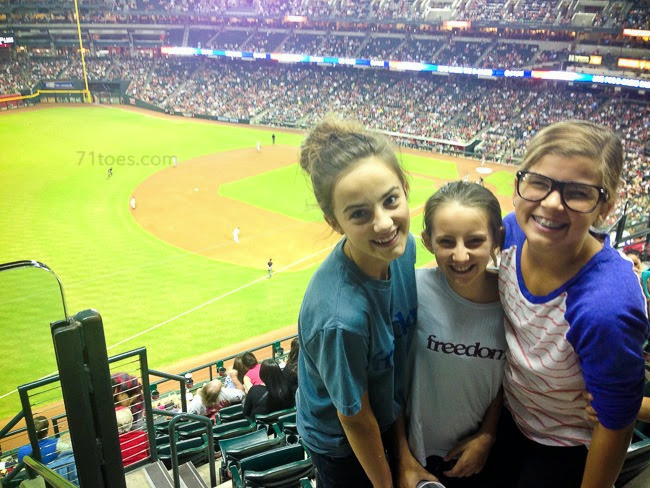 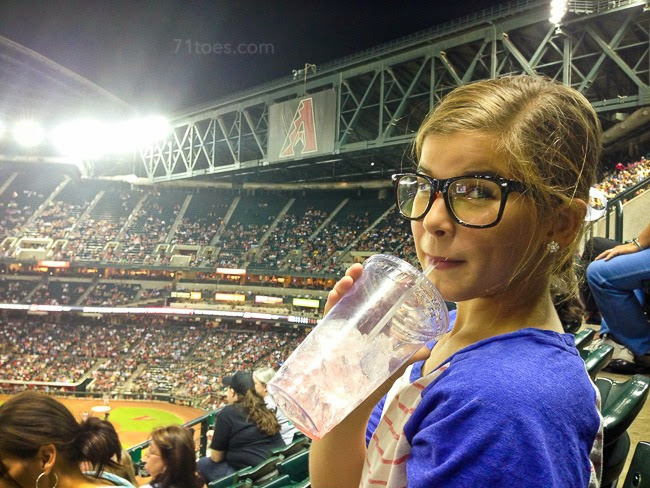 Lucy was much more interested in her LaLa Loopsy game she lugged along with her than listening to me tell her how baseball is played. 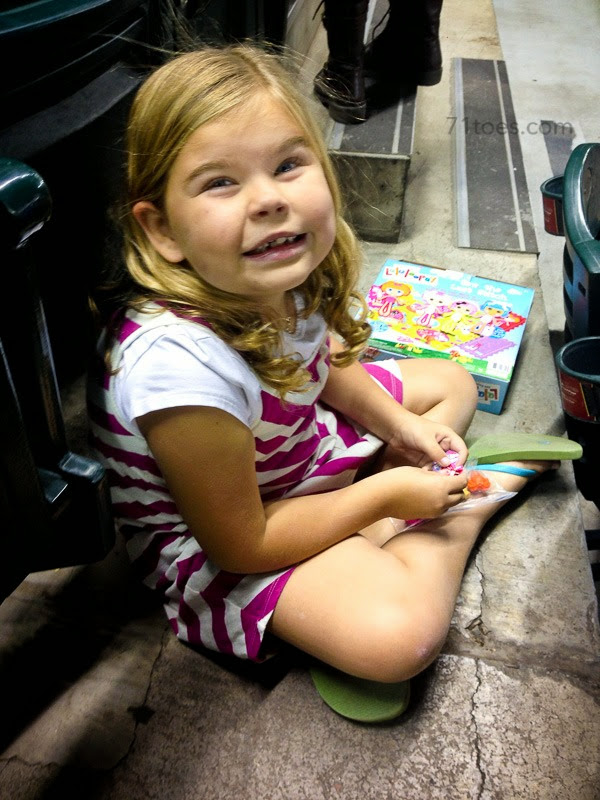 Claire had vertigo, like for real life up there.  She was scared to death.

She was hanging on with all her might for this picture. 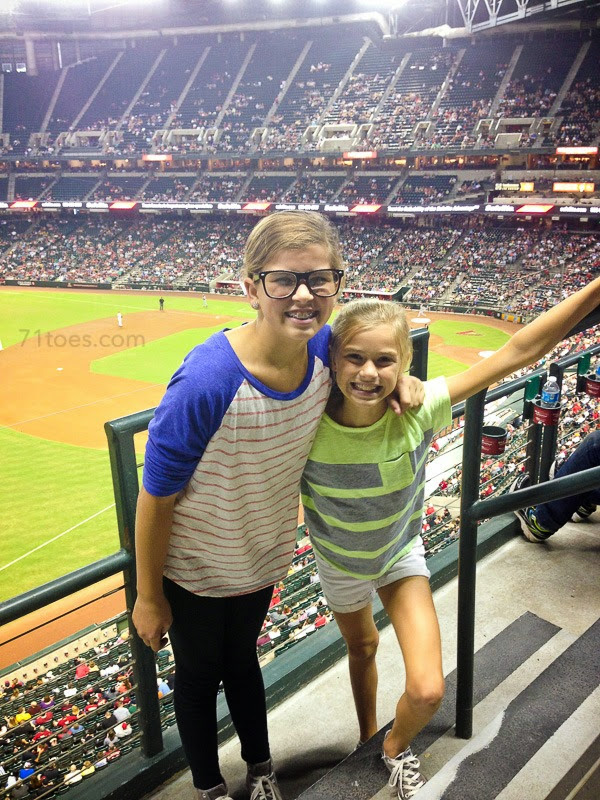 Lucy somehow came with these shoes that made her slow as molasses as she walked: 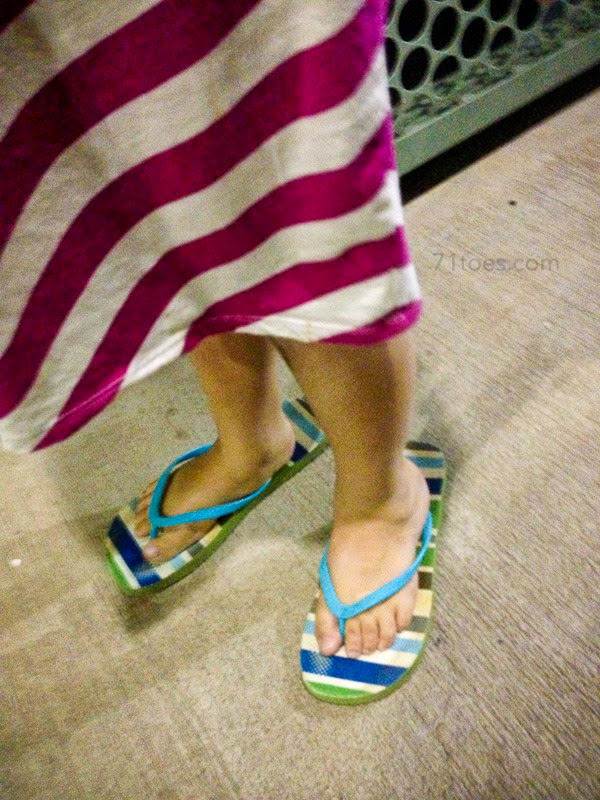 …and we walked a looooonnnnng way. 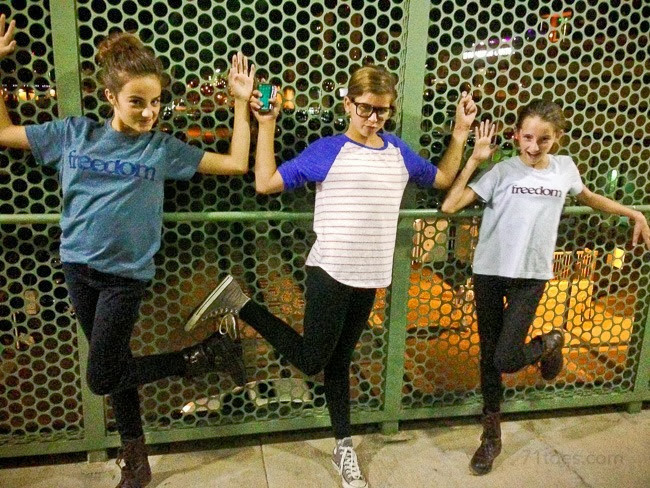 But it was a shining-star night in my book. 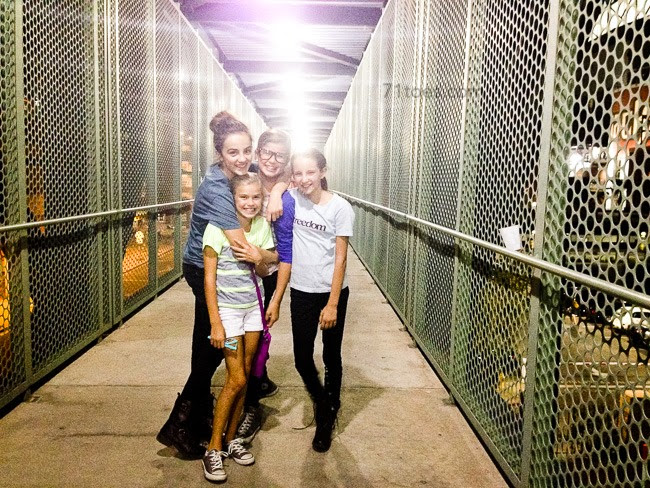 I’m sure we lost the game.  I have no idea what the score was.  And despite my attempts to explain, Claire and Lucy still don’t know what a “foul ball” is.  But they do know what it feels like to walk down big streets and glory in the finally-getting-crisp blackness of city air on a desert night, surrounded by people from every type of background you can imagine talking about love and life. And I know who the cutest boys in the seventh grade are (at least according to three seventh-grade girls) and some extra insight into the minds of my girls.

one great dad and the end of Wisconsin

pre-Mother’s Day weekend thoughts and a solo from...

we are quickly losing the idea of a...

Two ways to learn the beauty of forgiveness

I just wanted to take a moment and say Thank You to you for your great example of motherhood. You do such a great job at keeping everything in perspective! I love reading your blog and love gaining "mom" insights from you! You have helped me in so many ways to be more patient, kind, and loving to my own children, and we both know THAT is what this life is really about! Thanks again! Shannon

Your final comment, EXACTLY! I need to spend more time with my kids just listening.