And finally, my wish came true.

Dave and I had been married for a little over a year and those two little pink lines finally showed up on the pregnancy test. My heart was pumping. I was so excited I could hardly stand it. It was still dark…early morning, but I hadn’t been able to sleep. I couldn’t wait to take that test. I had taken a few of them before. Negative. But this time before I even took it I knew it was what I had been waiting for. And I was right.

I woke Dave up, my whole body shaking with excitement. It was time. I was finally there. The whole world of motherhood was on the horizon. And I was in pure heaven.

So, two months later Dave and I were at my parent’s house for Christmas. They had a big box for us. It was a high chair. Yep, our very first baby gift. 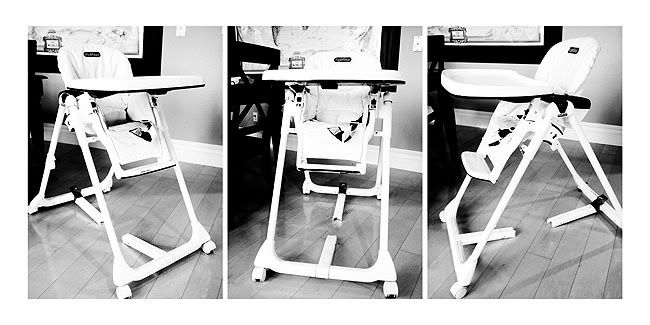 This thing’s gone through the works. It’s held my five precious babies over and over again. It’s been drooled on, thrown up on, had spaghetti and baby food smeared into it’s crevasses uncountable times. The seat padding has been replaced, the tray slants down in front from so many older siblings hanging on it trying to amuse sweet babies as they eat, so now Cheerios and puddles of milk slip away from the baby because of the angle. The other day when Dave was moving it the bottom snapped. So now when Lu sits in it the legs slump down into the shape of a squashed capital “A.” 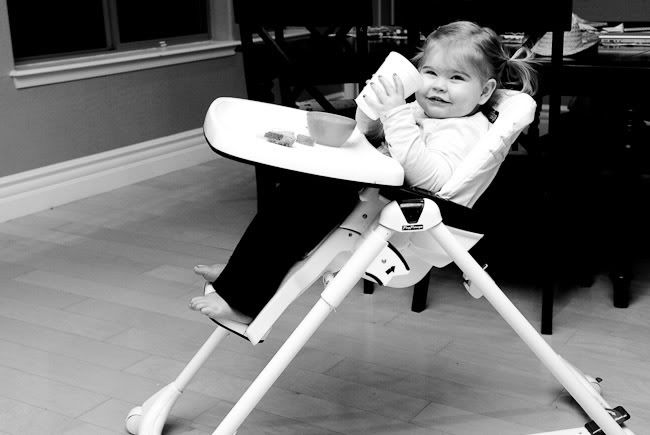 And finally I realized it’s time for it to retire.

So why does it still make me so sad to see it sitting out next to the garbage can?

tributes to our time in Paris and London...

seminary graduation (mine and how it was just...

A belly dancer, the Nutcracker, and some China...

Shawni
I had the exact same high chair for my kids!! Isn’t it just the best? I can totally relate to being sad by giving away the symbols of baby-hood and memories of being a mommy. I cried when we gave ours aways too. Darcy

i have a hard time letting go of some things, too… and i don’t even have a baby yet!
i can only imagine how hard it is to get rid of things that remind you of ALL your mothering days with ALL your kids…
if its any comfort, i think you do a great job preserving memories with pictures- and you have caught so many great moments with your family on film that will last forever 🙂

and ps. i SO want a high chair like that. wanna send it MY way? 🙂

No, don’t do it! Go get it back! Before the garbage men come! That’s the sweetest story ever…makes me tear up. (I’m sure it will be considered “unsafe” then!)

You are a braver woman than I! I can’t bear to throw out the broken walker, bouncer, bathtub seat, or potty chair that are currently in my garage.

Memories are so powerful, aren’t they?

i always keep up on your blog shoppers and enjoy your insight and am proud to be your brother.

Dang! I thought you were leading up to telling us that you’re pregnant or something!!
What a great post!
I can get really weirdly attached to inanimate objects, so I can relate!

What a great high chair! I love your posts – they are so fun and creative, with great photos. Have you met my brother & sister in law yet? They live in Gilbert. Maybe they're in your ward? Do you have any Calls?