Home Elle passing me up
Ellemax

I’d like to introduce you to my new running partners: 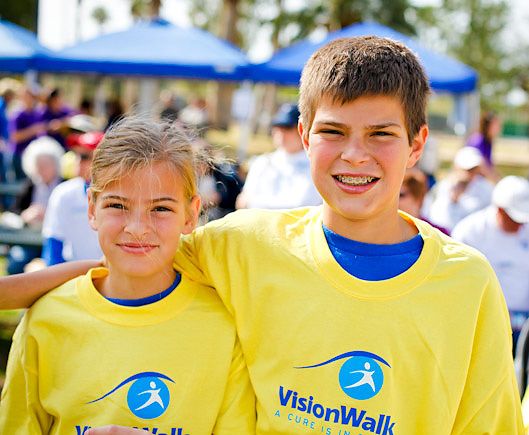 (Please pardon the older picture but it’s all I’ve got since I can’t catch them for long enough to take a new one.)

Last week Max asked if he could get up and go running the next morning at 6:15.

I told him only if he brought me along.

Elle piped in that she wanted to tag along too so we all headed out into the crisp air early the next morning. I thought it’d be a nice leisurely way to get me running since I hadn’t done it for so darn long.

And I could give my kids a pep-talk and whip them into shape as we ran. So there you go, exercising and pushing kids to do hard things are both right up my alley.

Well, I made a few interesting discoveries on our run:

1) My kids do not need any running pep talks. They are runners. Serious, stable, fast ones. Max was a little dot in the distance a quarter mile ahead the whole time and never stopped running for three miles. Elle mercifully stuck by my side jabbering and even singing camp songs while I was about to spill my guts out as I huffed and puffed wishing I could just crawl my way back home.

2) P90X does not, in any way, shape or form, mold you into a runner. C’mon, I felt like I was in pretty good shape before I just about keeled over on the pavement trying to keep up with my eleven and twelve-year-olds.

3) I am old. My kids are passing me up! As hyperventilated trying to keep up with Max I realized not only can they run circles around me without even breaking a sweat, but I bet they could show me up on the tennis court, they’re too fast for me on the ski slopes, they can sight-read at the piano much better than I can, and they could out-swim me without even trying.

I took consolation in the fact that I’ve still got my water-skiing. I better kick it into high gear this summer before they pass me up on that too!

I was flattered when Max asked if I’d join him again this morning (even after all the huffing and puffing last week). He stuck with me this time and gave me a few pep talks along the way. He told me I’d do better if I tried a little slower pace (which was true) and he had no problems just running circles around me (literally) as I tried to keep up.

Oh man, I’m so grateful for these kids.

So here was my last running discovery:

4) I not only love and adore these kids more than I could ever express in words, I genuinely LIKE to be with them.

Maybe teenager-hood won’t be so bad after all…

["4) I not only love and adore these kids more than I could ever express in words, I genuinely LIKE to be with them.

Maybe teenager-hood won't be so bad after all… "]

Oh my gosh I miss my babies SO MUCH.

But this new phase of middle/jr/high school is pretty great too!

Teenager-hood won't be bad at all, I promise. Moments here and there, but what stage doesn't have that?
I realized this very same thing, years ago when my oldest asked me to play catch. I couldn't even see the ball it came at me so fast, and before I seriously injured myself, I excused myself. Isn't it amazing how they just pass you up in a blink of an eye?
PS. I would never dare run with my 3 oldest…witness them in cross country during 3 miles in what takes me to do 1. Sad, but true.

I pray for that kind of relationship with my kids when they are older and most kids don't want to be with their parents!! You are blessed (but you already know that!!) 🙂

I have to admit, that you have some GREAT kids, and I don't even know them, but they seem AMAZING! want to whip mine into shape?! I want my girls to run with me, but I am not sure who would beat who! I bet I could outrun them, because they are so small still!
p.s. I want to try P90x.
tara

I am so not a runner. I wish I was. I too love love to be around my kids. I like them as people, I find that so exciting.

Man your kids are cool! There is NO WAY I would have gone running voluntarily at that age. But I gotta say, you are pretty darn awesome yourself for getting out there. I need to follow your example…

I'm so jealous! I beg my girls to come run with me and they refuse. But I still like them. 🙂

Oh my goodness, I just gave up P90x for running, for this very reason. I like how P90 makes me look, but I'm thinking it doesn't truly make me fit, you know? Running suddenly seems like a more authentic way to to be well and in shape.

Sweet story, by the way 🙂

Ha! I just did a post about running…let me be clear, I am not a runner, I just want the body of a runner…with boobs! I'm going to try to start sometimes in the near future…quite a commitment, huh?

I, too, enjoy teenagers…I taught 8th grade for years and tutor many high school kids. I'm glad you like yours…most people have no idea how lucky they are.

Ah – Kids – they just do not get tired! I decided to run the track with my class on field day last year- those kids are so fast! I kept running and felt like I was going to DIE – they lapped me! Finally they were running back to make sure I finished one lap! One kid ran three times around in the time I ran one! While I was whining that I am in good shape and work out hard and they beat me so badly my hubby said , "Honey – they are 12!"

I love the age – middle schoolers are really a fun bunch –

I'm exhausted just READING this post! How blessed you are to have such wonderful children and how blessed you are that they want to be with you! I ADORED my kids teenage years and miss them terriby, but on to bigger and better things…Thank you for the motivation. Well, gotta run…literally!!
~Mary