January 4, 2016
First of all, HAPPY NEW YEAR!
Oh how I love new beginnings.
But I’m not really ready for the “new beginning” that is going to hit us like a truck tomorrow morning when our alarm clocks knock us into reality!
Yikes.
Every single person in our family slept until ten o’clock yesterday morning until we dragged them out of bed for Saturday jobs.
I’m talking the drooling-on-the-pillows-dead-to-the-world kind of sleep.  That includes our early-risers-who-never-sleep-in.  (thanks to a little jet-lag on top of non-stop late-nights).
Yep, tomorrow morning isn’t going to be pretty!
But oh boy it was a Christmas holiday we won’t soon forget.  So grateful for the time we’ve had to be together as a family and soak our boy in before he leaves.
So on that note, let’s let the December documentation begin right here and now before we hit the sack on this grand Sunday eve leading to reality:
___________________________________________________________________________
Lucy was quite concerned about making sure the traditional gingerbread-house-making was worked into our agenda. 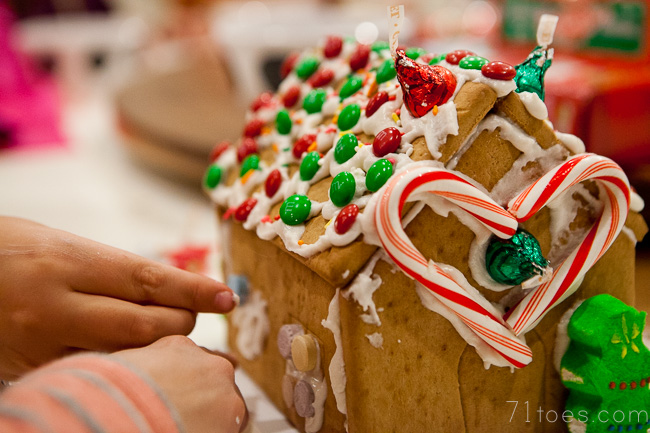 So we planned for a gingerbread extravaganza FHE after Max got back into town.
And then by the time we actually got there we had a few extra kids over so we invited them to join in and made it a little contest.
Team #1: 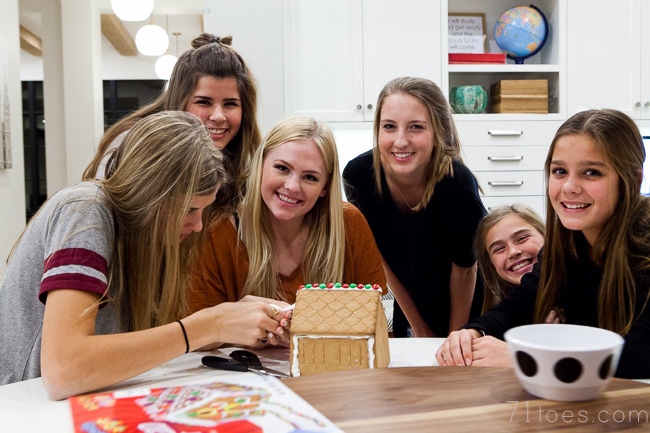 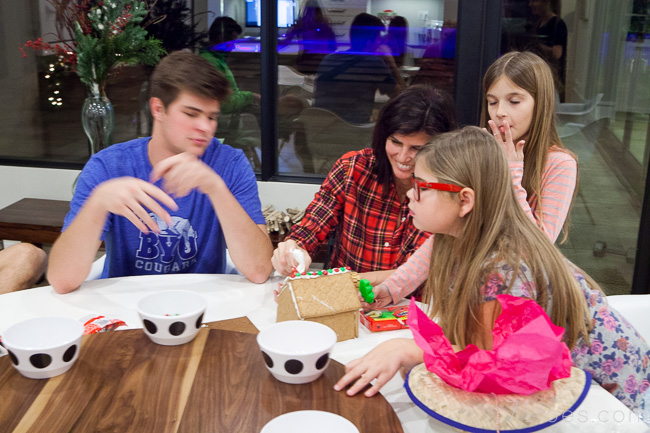 (Minus Dave who was “checking the football scores” at the moment this picture was taken, but believe me, he was right on top of it the rest of the time.  HA!)

Lucy took this business quite seriously 🙂 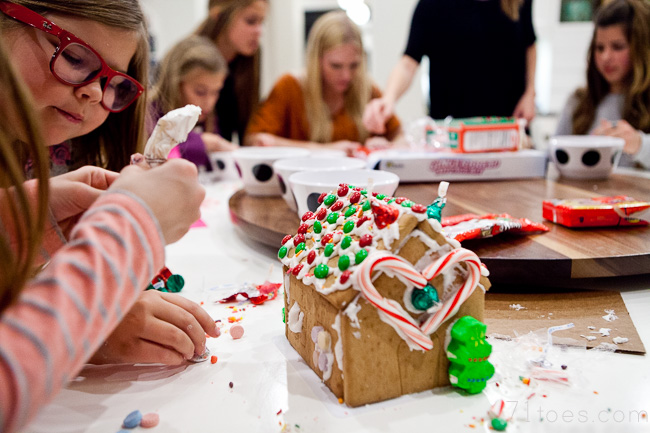 But the other team put up some fierce competition.

I mean, check out those icicles down there! 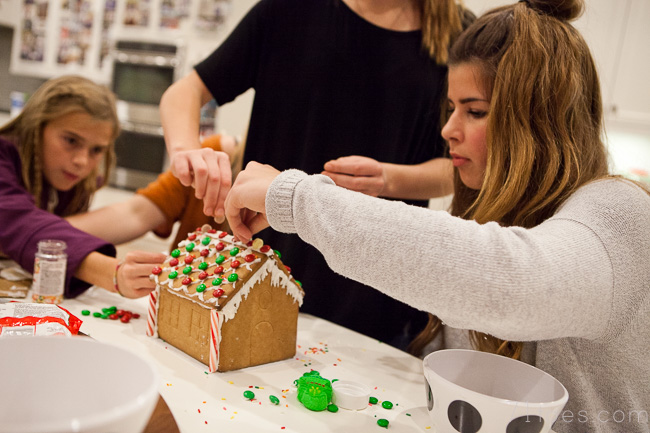 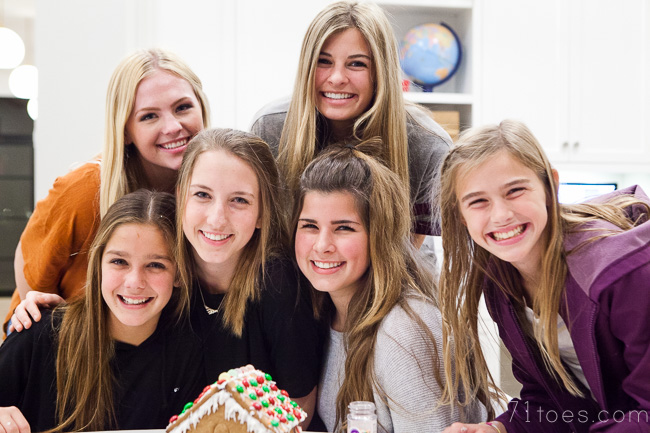 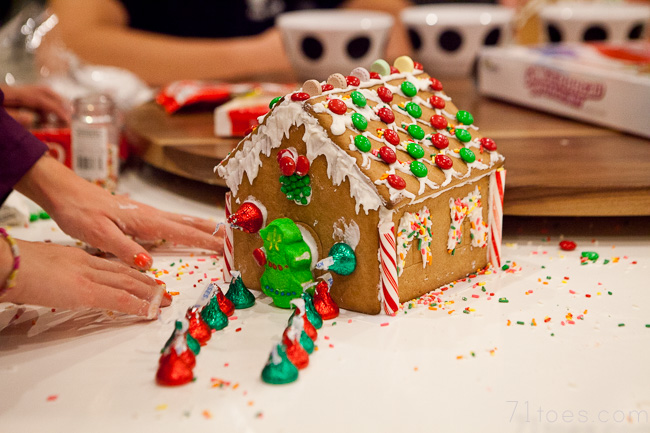 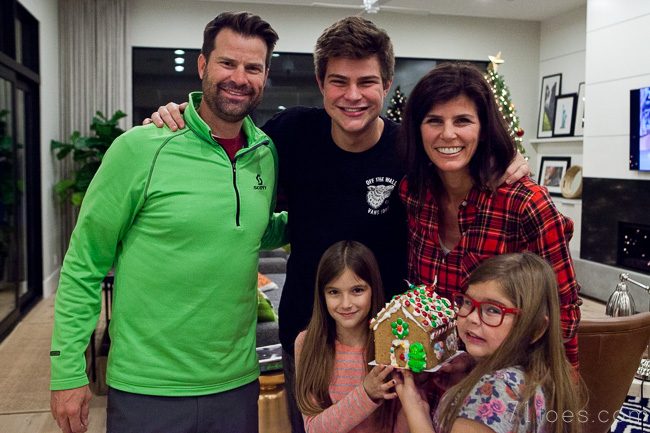 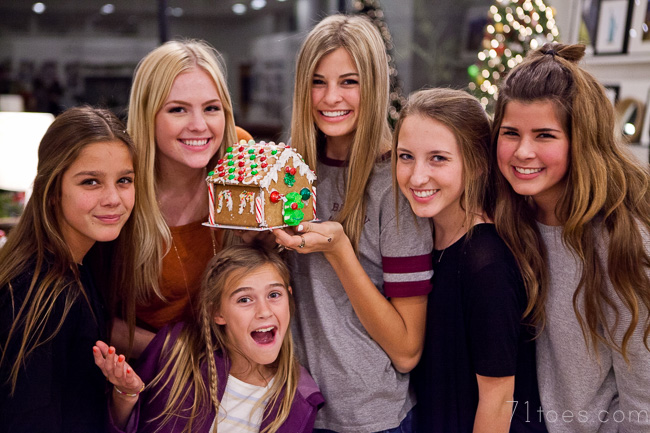 We both won, of course, because hey, it’s the effort that counts. 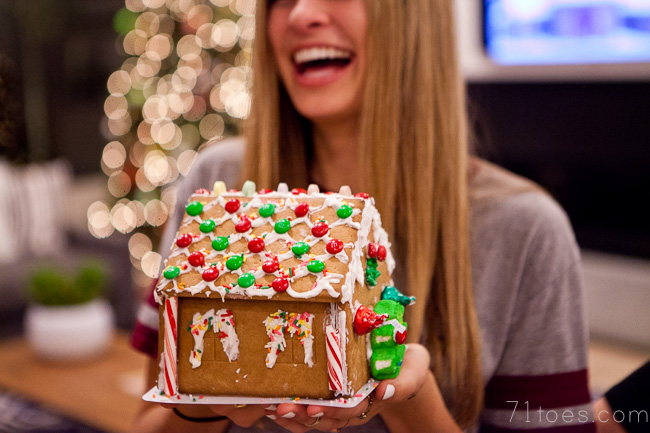 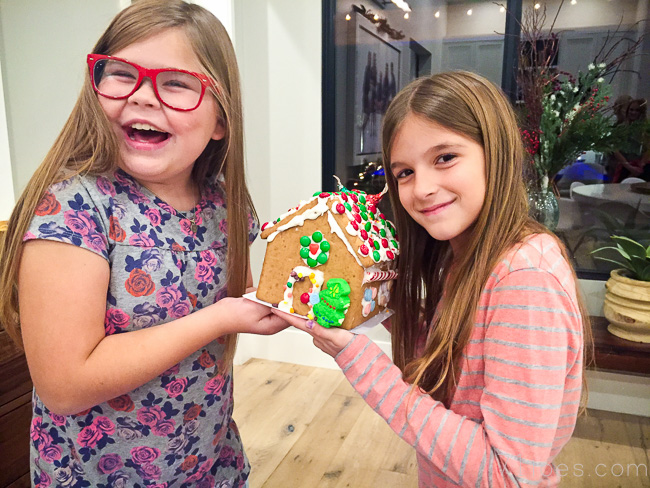 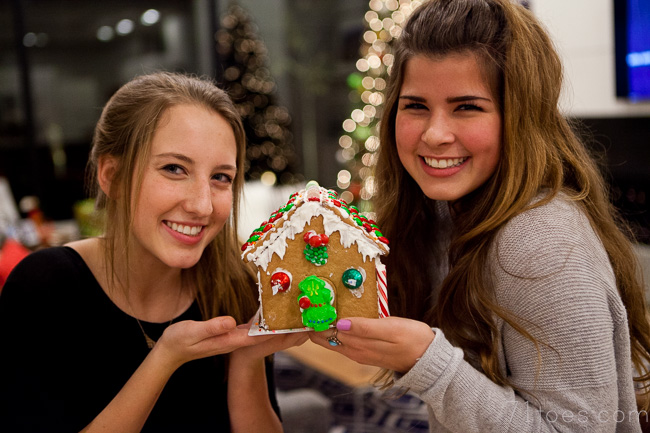 At least it was a tie until this one bit the dust and was disqualified…. 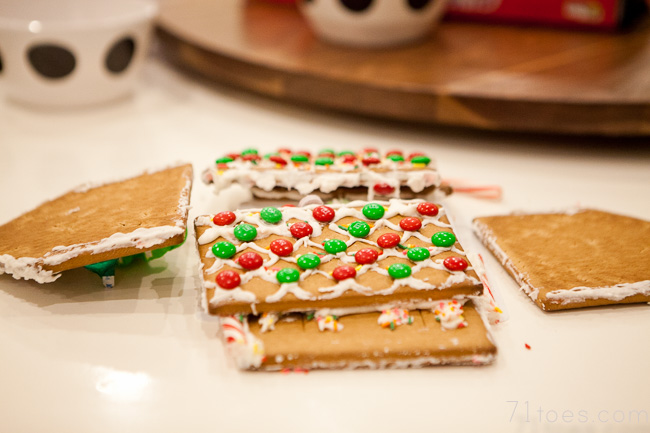 Why do I love this messy tradition so much?  I don’t know, but I do.

Trying to keep the magic of Christmas when...

our church live nativity and a nativity story

how holiday traditions are powerful

adding our traditional Valentine’s love to the kitchen

I love this! And I have a tip……use hot glue to put the house together. It holds together immediately and it's strong 🙂